Home > News > Honda challenged the Hilux while Isuzu fought the Corolla, both lost badly in Thailand

Honda challenged the Hilux while Isuzu fought the Corolla, both lost badly in Thailand 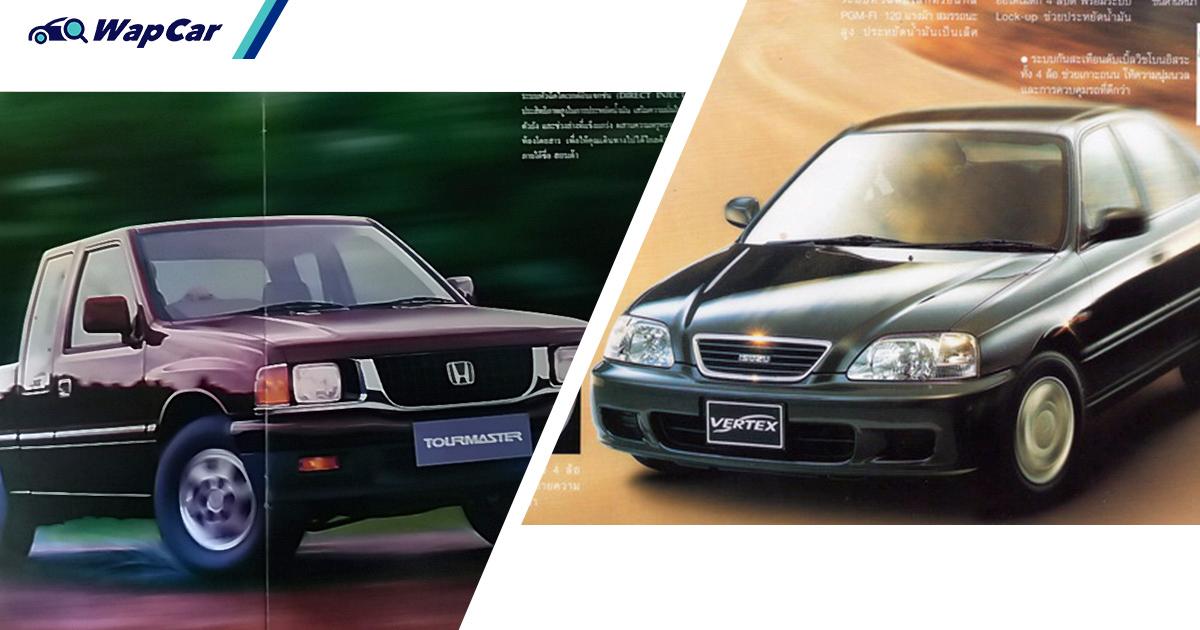 The last time we wrote an article on the partnership between Honda and Isuzu, one side won while the other lost quite badly that it straight up abandoned the market entirely.

Indeed, one might think that Honda looked like the bad guy in that partnership, but rest assured this time around, both companies will end up on equal terms. There will be no winners from this collaboration.

Also read: The Honda Jazz was once sold as an Isuzu SUV as part of a one-sided partnership

Honda: There’s gold in them pick-ups! 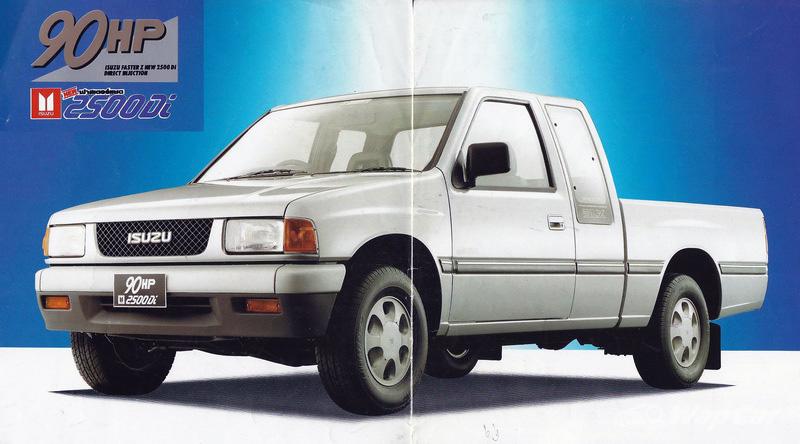 Isuzu’s partnership with Honda was signed in 1993 and while that meant a few Isuzu SUVs were being given the coveted H-shape seal of honour, the Thai partnership was slightly different. Thailand is the land where pick-up trucks rule the roost and Honda wanted to capture that market.

As it had zero knowledge in building trucks, it sought a partnership with Isuzu. Isuzu was flying high in Thailand even before the all-new D-Max was eating up sales of the Toyota Hilux in the Kingdom. The brand was already well-known among Thais looking for a dependable pick-up truck. 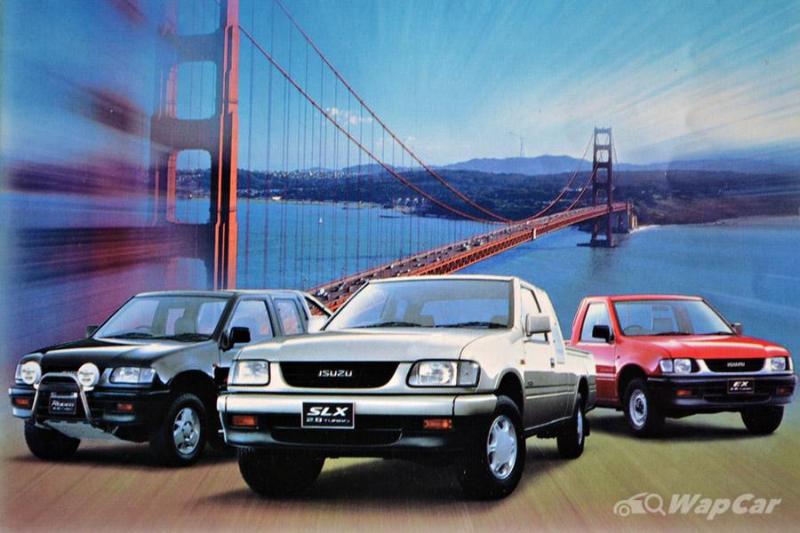 Two years after Japan and America received their weird OEM (Original Equipment Manufacturing) models, it was the Thais’ turn to get their own taste of weird collaborations. Of course, Honda couldn’t simply launch a rehashed model without Isuzu being given something in return.

Isuzu once sold sedans in Thailand and some of them were familiar to older Malaysians. There was the Isuzu Gemini that was sold here as an Opel. It was once commonly used as a taxi right before they were swapped for a Proton Saga. 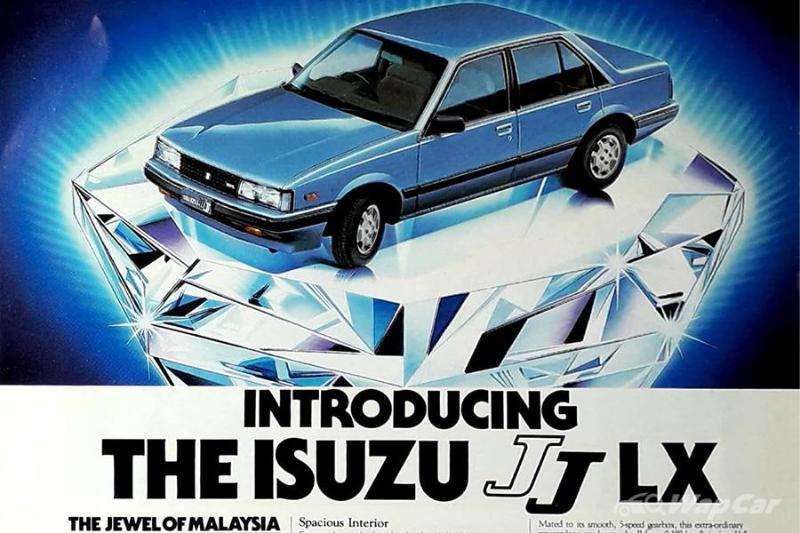 It didn’t just stop there; Isuzu would launch the JJ in the mid-eighties and it was a competitor against the Toyota Corona and Nissan Bluebird. However, it proved to be unpopular and Isuzu stopped selling passenger cars in Malaysia since.

Isuzu’s Thailand division did not give up on its dream to return to the passenger car market and when a deal was struck between it and Honda, it jumped on that opportunity to make a comeback. 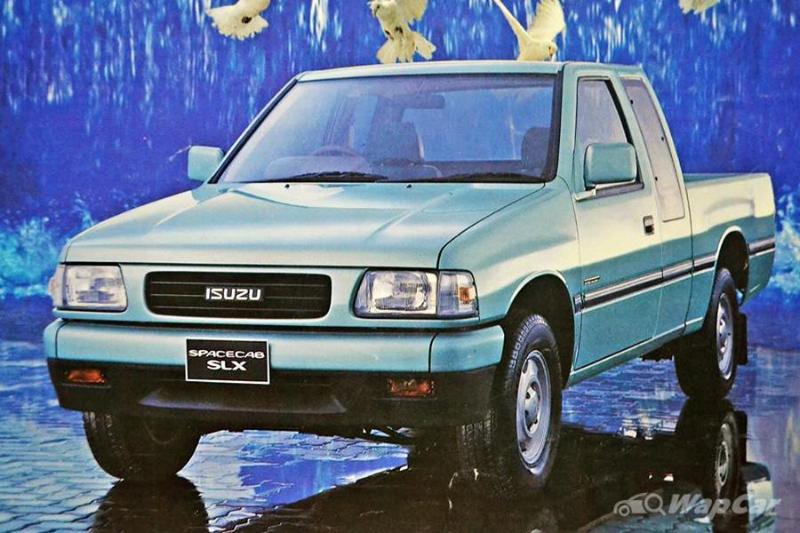 Isuzu only had one pick-up model that fit with Honda’s image so the TFR Spacecab (also known as the Invader in Malaysia) was rebadged as the Honda Tourmaster. However, instead of offering the Domani-based Gemini, another Honda model was selected instead. 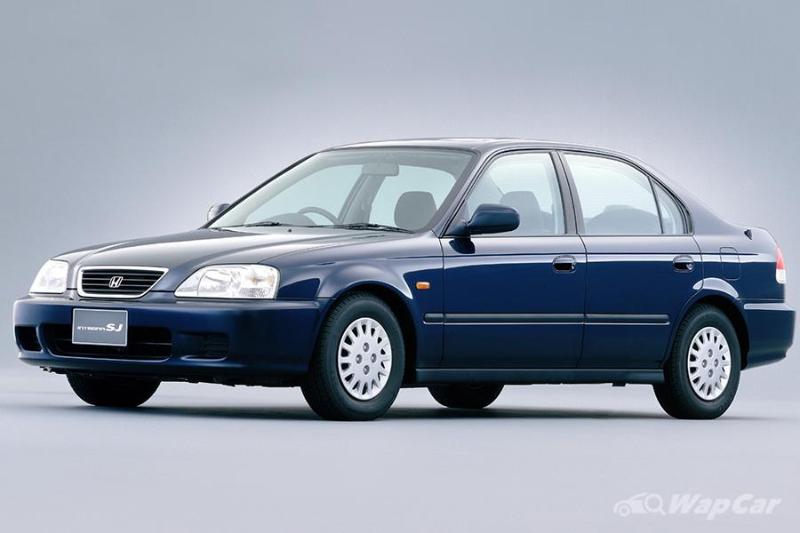 The Integra SJ was the lucky model chosen to be rebadged as an Isuzu but don’t let the Integra name fool you. It was a slightly upmarket version of the EK Civic. Speaking of upmarket, Isuzu named it the Vertex and hired Hollywood actor, Richard Gere as its spokesperson.

Also read: Here's how important the Honda Civic EK is - without it, there'd be no Civic Type R

The famed Buddhist actor and star of hit films of the early 1990s like Pretty Woman and Primal Fear allowed his likeliness to be placed on brochures and ads. Suddenly, Isuzu’s image went all the way upmarket as it also rebranded its showrooms to be called Isuzu Car Galleries. 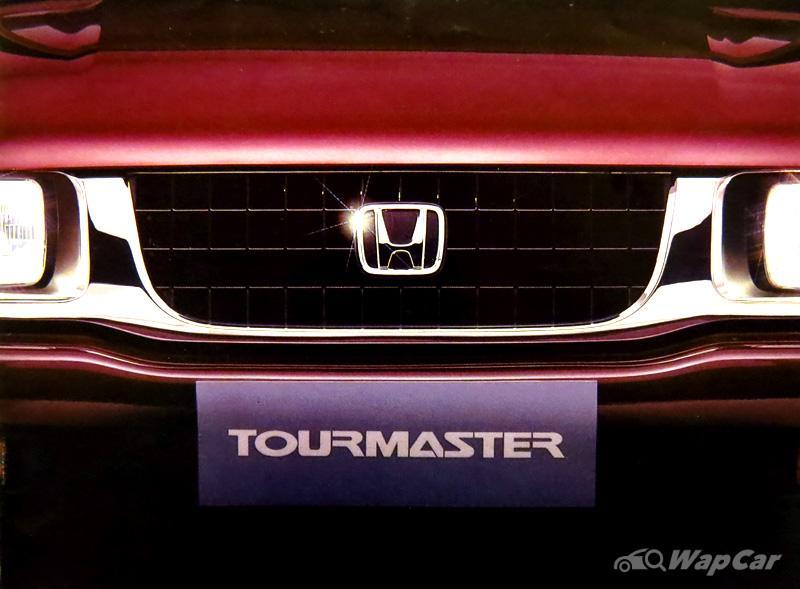 Despite all the publicity and as excited as both carmakers are with their new ventures, success will be pretty much out of reach for either of them. 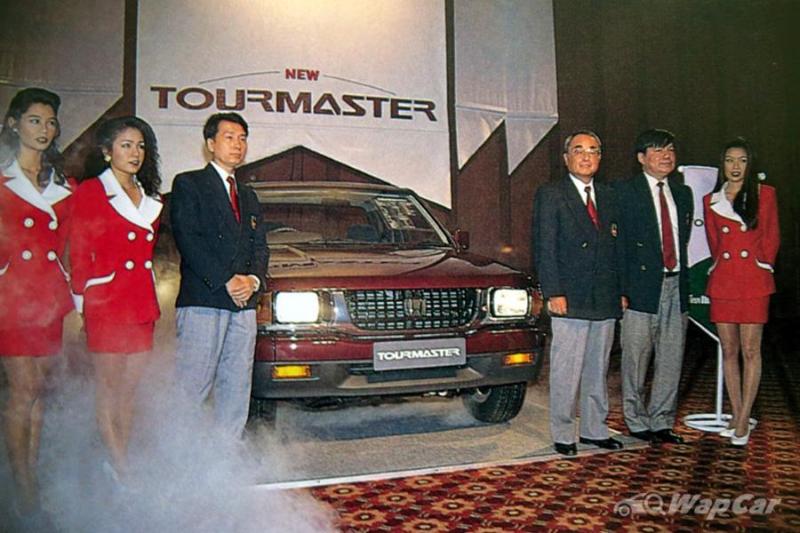 The Honda Tourmaster was launched on 3-September 1996 while the Isuzu Vertex was launched earlier on July 1996. Both models were unique, to say the least but if you removed the badges, you could tell they’re an Isuzu and a Honda respectively.

Therein itself lies the first problem of both models. In the case of the Tourmaster, it wasn’t just competing with the Toyota Hilux or the Mitsubishi L200, it was also competing against the Isuzu TFR.

In terms of powertrains, the Tourmaster was powered by the same 2.5-litre direct-injected diesel engine as the TFR that produced 90 PS and 172 PS. Power was sent to the rear via a 5-speed manual transmission. 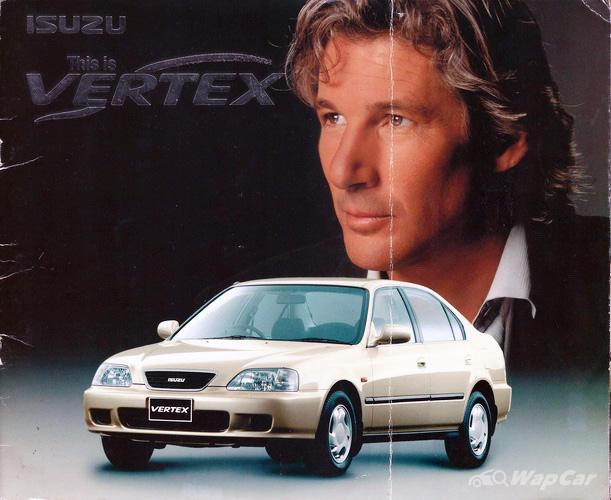 As for the Isuzu Vertex, it may be a more upmarket Civic at first glance but bear in mind, unlike the Tourmaster, its donor car wasn’t sold officially in Thailand. 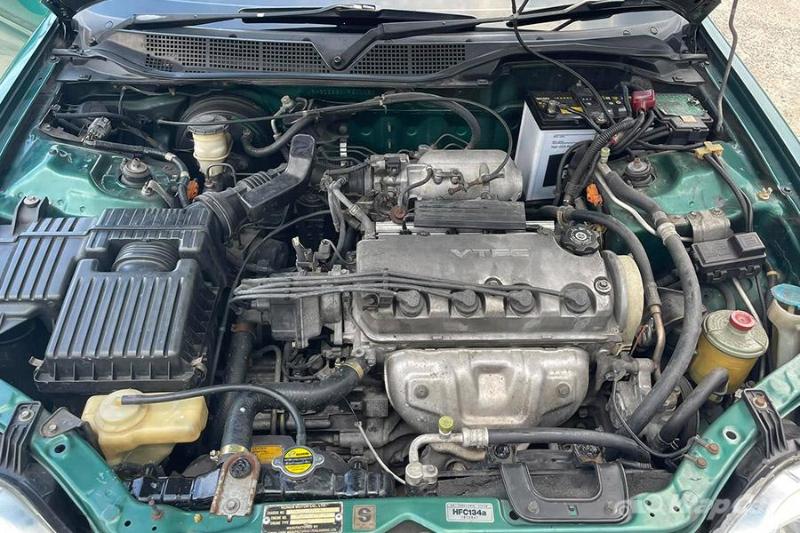 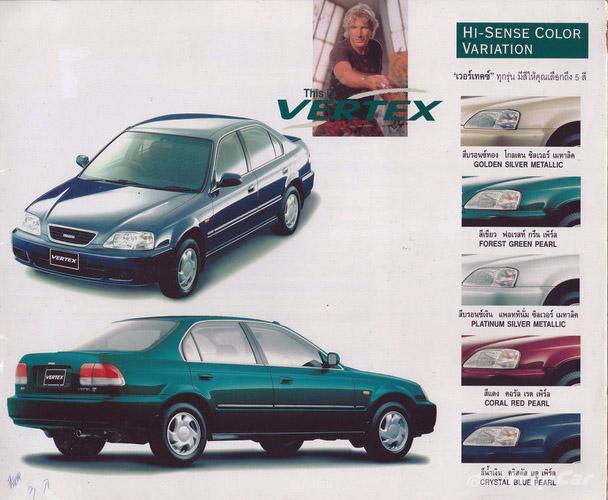 Both engines were paired to either a 5-speed manual or a 4-speed automatic gearbox. Isuzu offered 6 variants of the Vertex at launch with prices ranging from THB 588,000 to THB 691,000.

Just like the Tourmaster, buyers were quite perplexed at the prices which were more expensive than the Civic that shared similar equipment and features. That included the lack of airbags on even the highest trim.

The Thai government had just implemented a ruling on mandatory seat belts in early-1996, so Isuzu responded that there installing airbags weren’t a priority then. “If the market demand is enough, (Isuzu) will consider installing airbags on their models” said Isuzu in a press release.

Such comments aged like the hope Malaysians once had. On the other hand, guess no one told Toyota when it offered a diver’s airbag for some variants of the AE111 Corolla.

A crisis that made things worse

Sales for both the Tourmaster and Vertex were bad with 1,877 units and 1,560 units sold respectively in their first year. Isuzu sold more pick-up trucks in the first 5 months of 1997 alone (40,061 units) but that year would turn out to be bleak for Thailand’s economy.

The country was one of the first to face the Asian Financial Crisis of 1997 when the value of the Thai baht dropped to record lows. It was called the “Tom Yam Goong Crisis” there. 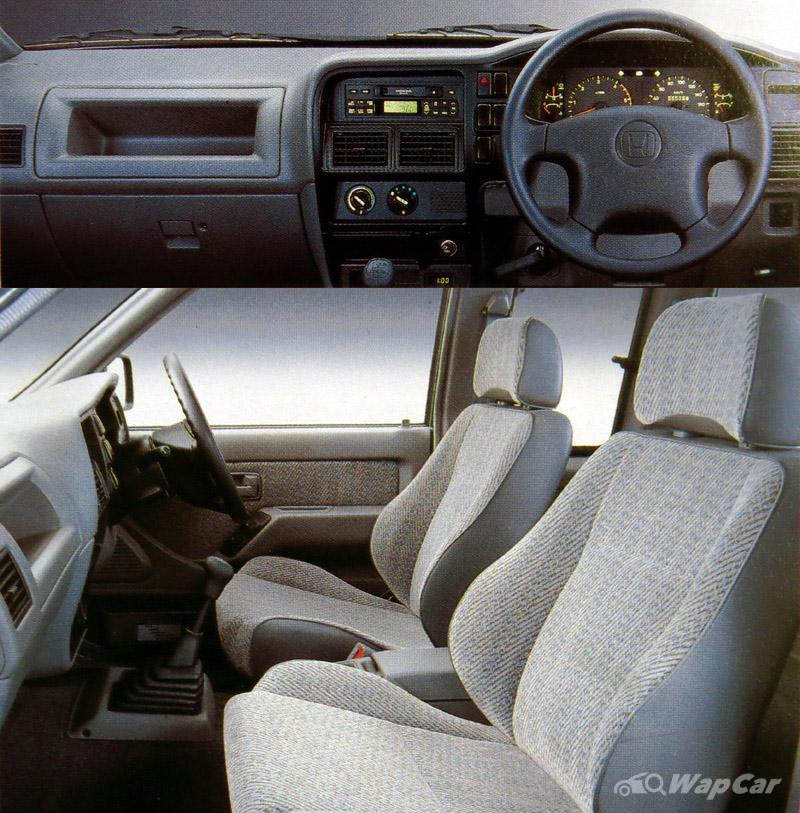 As a result, new car sales were severely affected and yet, both models were given slight updates that year. The Tourmaster was given a facelift and a less powerful 2.5-litre turbodiesel engine (79 PS/178 Nm). To compensate the lack of power, Honda gave some extra features including electric windows, a radio with a CD player, and velvet-like material on the seats. 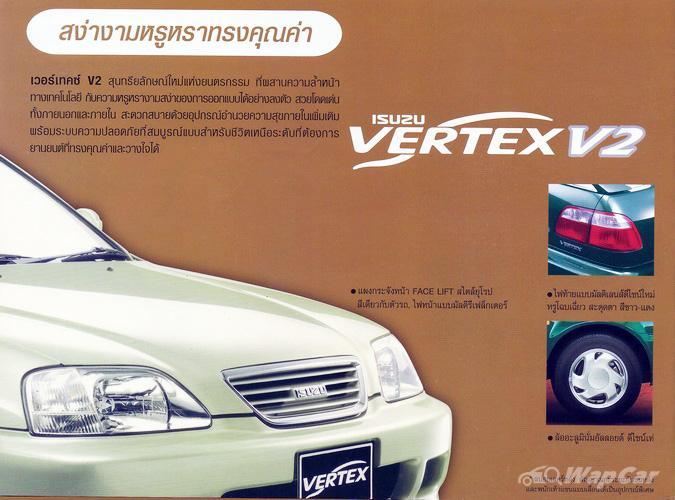 Meanwhile, Isuzu reduced the number of variants for the Vertex to only four with a redesigned front grille and rear taillamps. The updated model, called V2, also gained a driver’s side airbag for the top variants. Power from the VTEC engine was reduced to 120 PS. 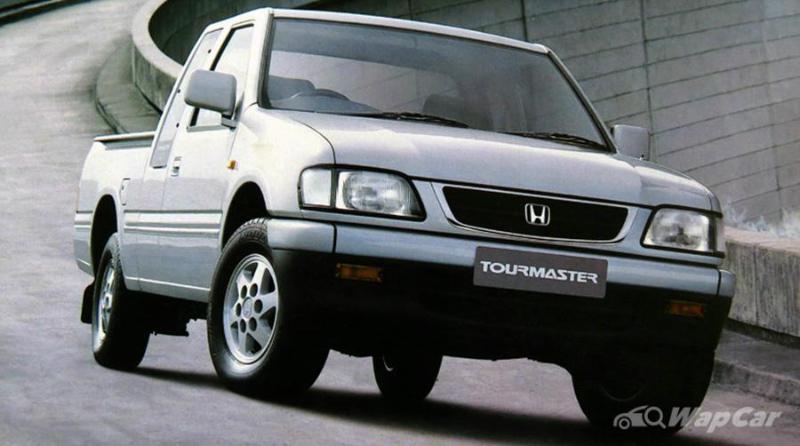 The changes were very minor but sales barely made a dent. The Thais were buying fewer new cars then, least of all a couple of lesser known models. The partnership between Honda and Isuzu in Thailand began with optimism for both brands but ended in disappointment.

The Tourmaster was discontinued in 1998 and Honda never returned to the pick-up truck market, at least in Thailand. The North America-only Ridgeline fixed the errors that the mighty H made while it experimented with its own pick-up truck. 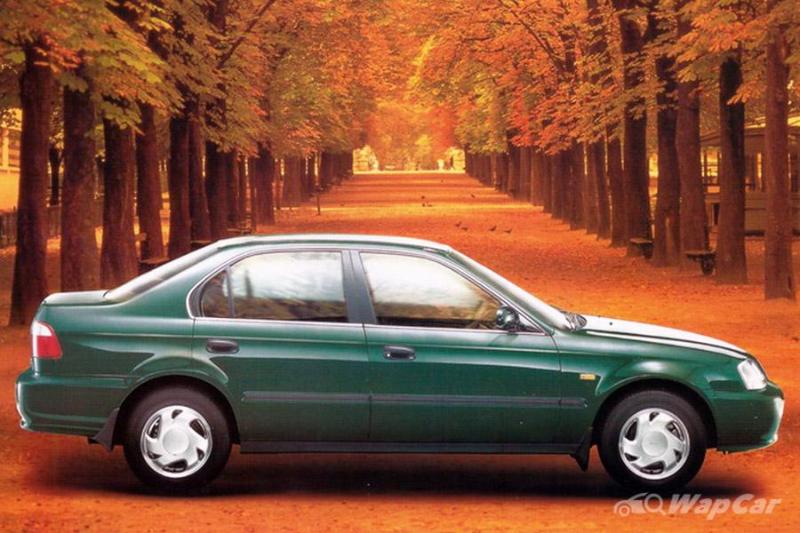 As for Isuzu, the Vertex continued to be sold at Isuzu Car Galleries until 1999 making both models never making it into the millennium. Passenger car sales continued in Japan for a few more years before Isuzu restructured to only focus on what it does best, making effing dependable pick-ups.