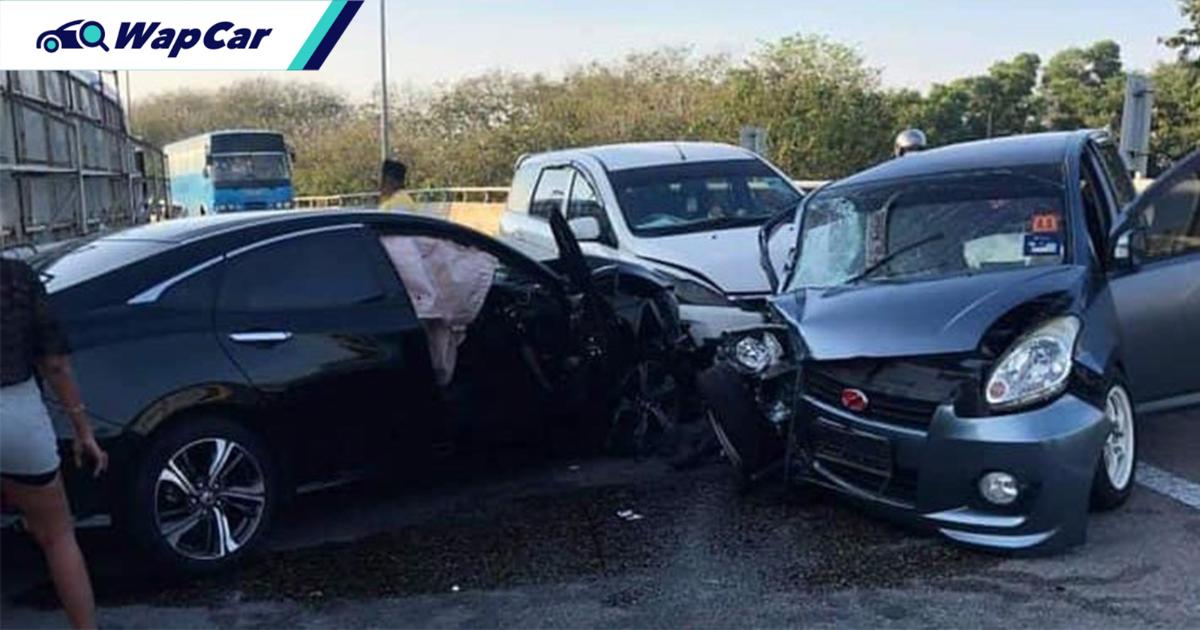 On Sunday evening, a woman behind the wheel of a Honda Civic that was driving against traffic on a highway exit ramp near Jalan Perusahaan, Butterworth caused a four-vehicle pile-up.

The pile-up involved the aforementioned Civic, a Perodua Myvi, a Proton Exora, and a Yamaha Y15ZR. 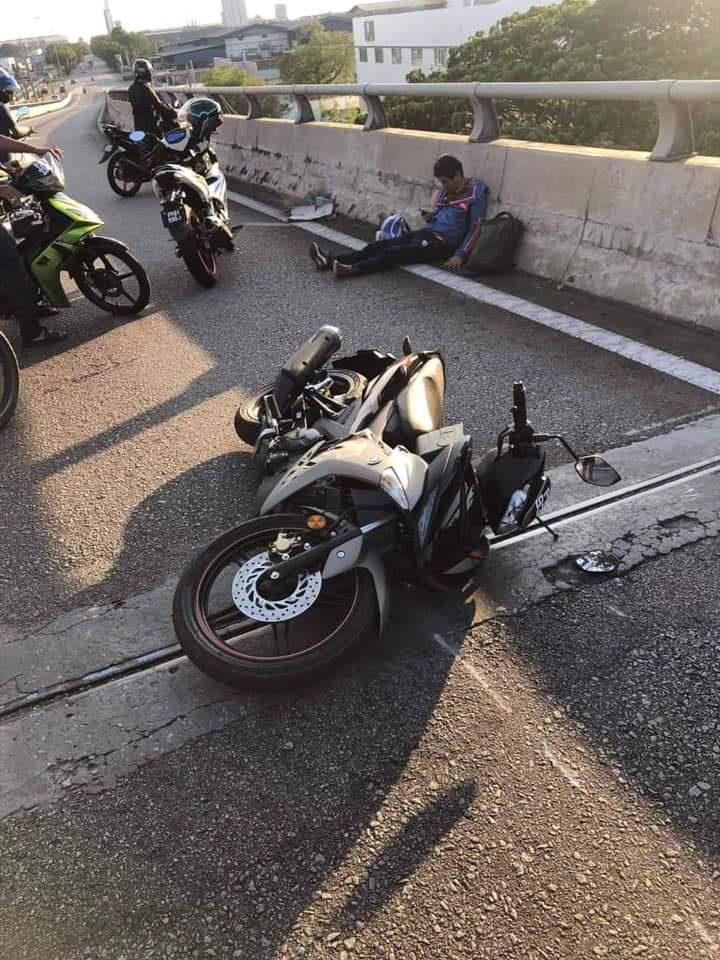 The accident which occurred at 6.20 pm that day did not cause any deaths. However, the 31-year-old motorcyclist sustained leg injuries while a 26-year-old man who drove one of the cars suffered chest pains.

Meanwhile, the female driver who caused this accident suffered wounds to her leg while another driver, a 29-year-old man, was unhurt. The victims were sent to the Seberang Jaya Hospital for check-ups and treatments. 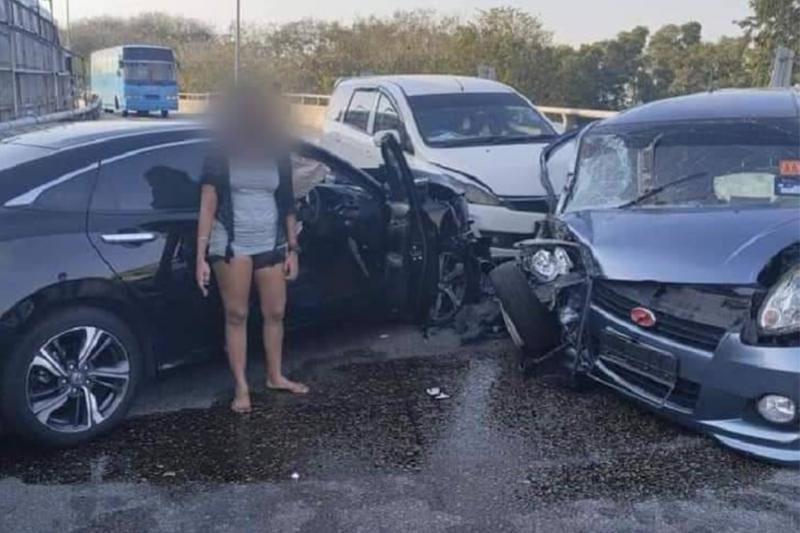 According to preliminary investigations, the woman was driving against traffic and the accident occurred when she hit the motorcycle and crashed into two cars that came from the opposite direction at the North-South Highway.

This case is being investigated under Section 42 of the Road Transport Act 1987.