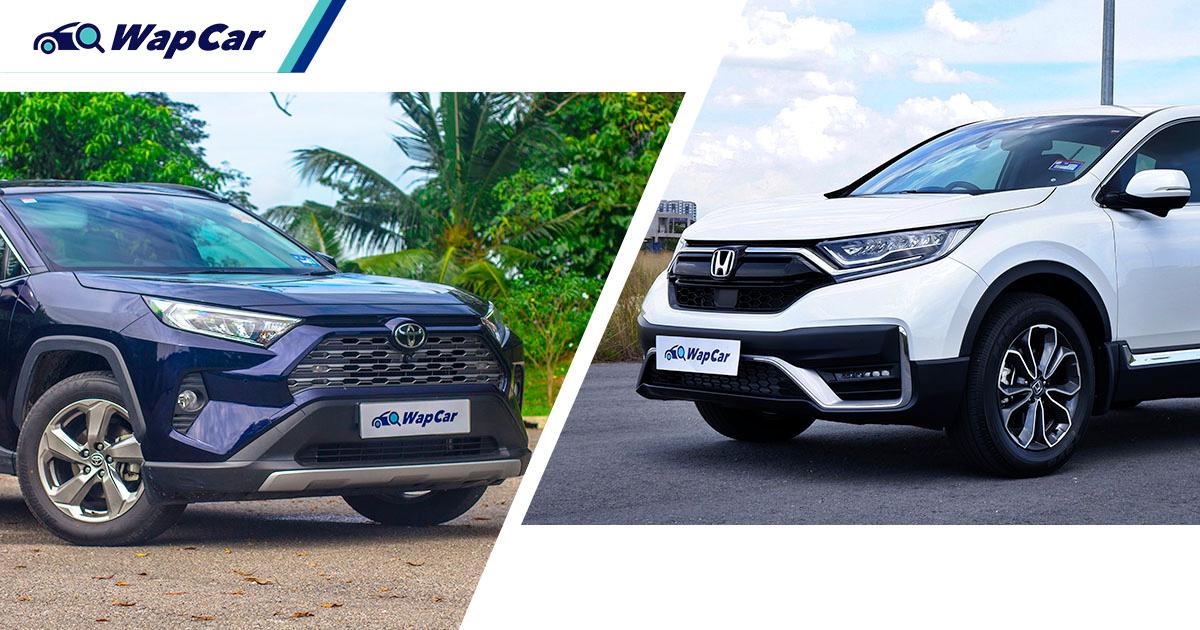 You'd be forgiven to think that the ever-popular Honda CR-V is the world's best-selling C-segment SUV in 2020, and you'd be wrong. That accolade belongs to the Toyota RAV4 and Wildlander (RAV4's Chinese twin), with 1.07 million units sold globally in 2020, while the Honda CR-V and Breeze (CR-V's Chinese equivalent) sits in second position.

In fact, according to this ranking by carindustryanalysis, Japanese SUVs make up four of the top five global C-SUV sales positions, which consists of: 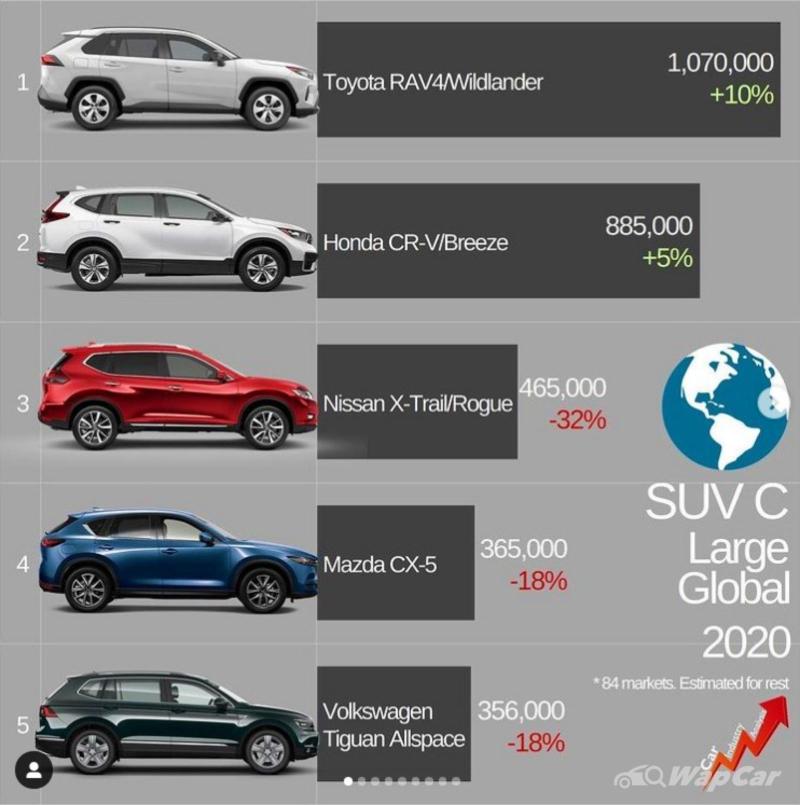 The C-segment SUV is the world’s largest segment in terms of sales volume. Last year, 7.37 million units were sold globally, down by only two percent compared to 2019 (which was most likely caused by the Covid-19 pandemic). 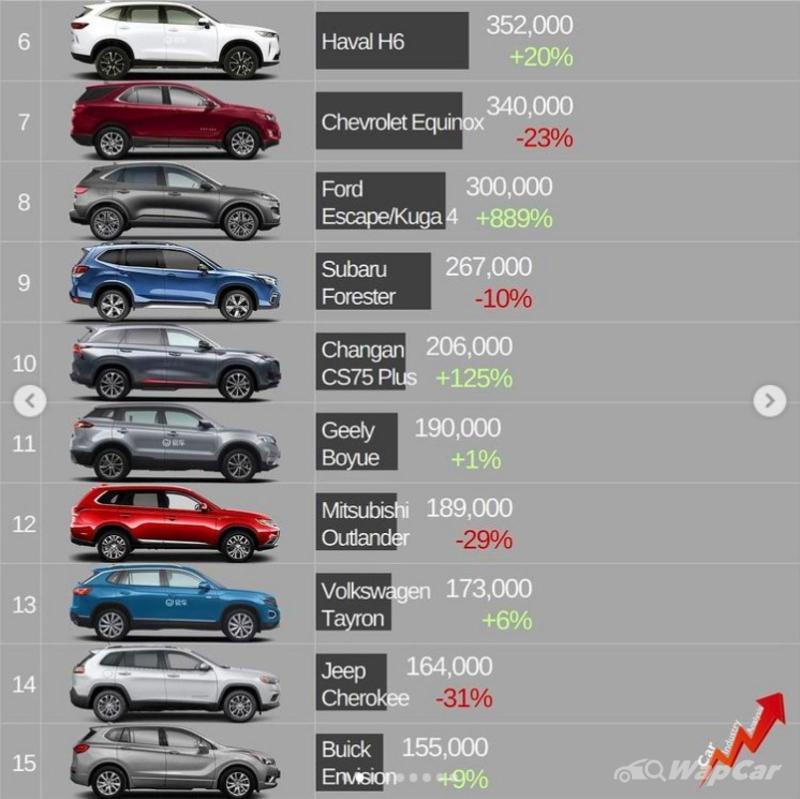 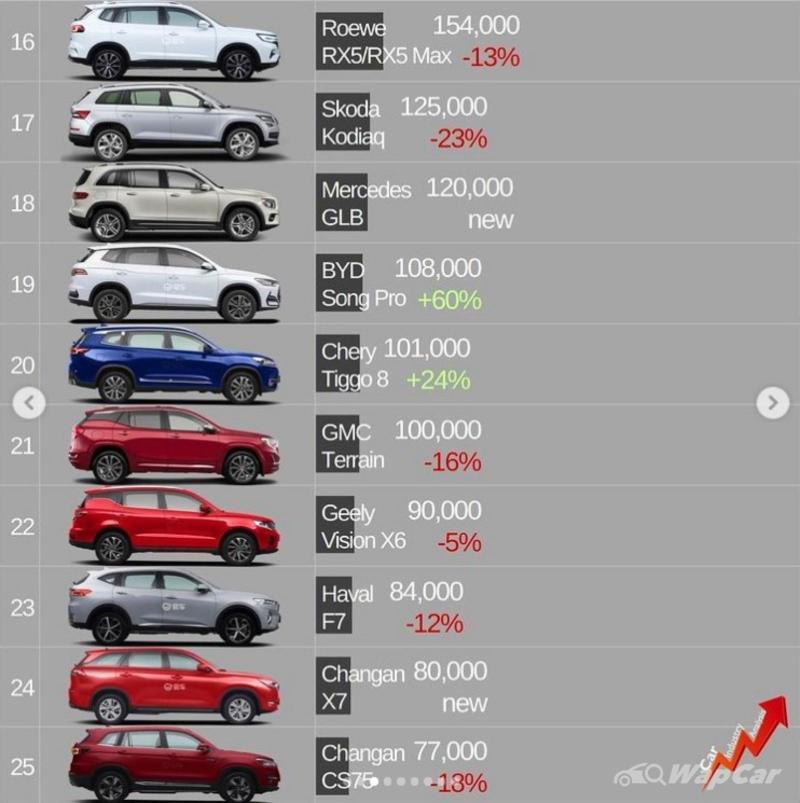