Home > News > Honda Jazz vs Toyota Yaris vs Volkswagen Polo - which B-segment hatchback is for you?

Honda Jazz is one of the top favourites for those looking for a non-national hatchback. The design is chic, great reliability, coupled with fantastic interior space and a well-designed ergonomics, it’s not hard to see why critics and consumers alike rated the Jazz highly. 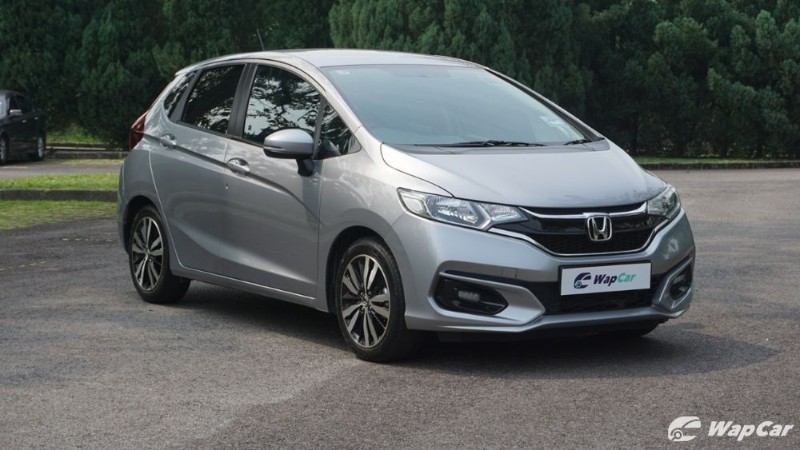 But as with any king on the throne, there is always a worthy challenger trying to grab the coveted spot. After missing a hatchback model in their line-up, Toyota finally introduced the Toyota Yaris hatchback to the market in 2019. Mission? Grab the sales away from the Jazz. 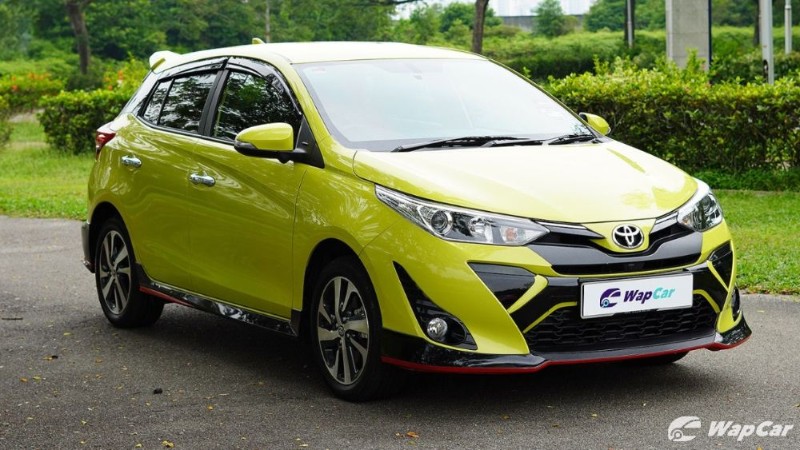 But if none of these Japanese hatchbacks tickles your fancy, there is only one car that might. Enter the Volkswagen Polo. It’s the cheapest purchase for a ticket to the European experience. Despite being on sale in Malaysia since 2014 as a CKD model, is it still worthy to be considered as your next purchase? 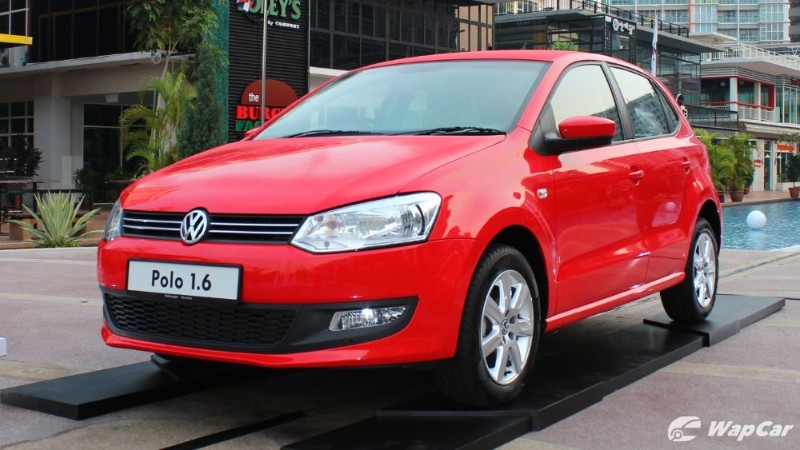 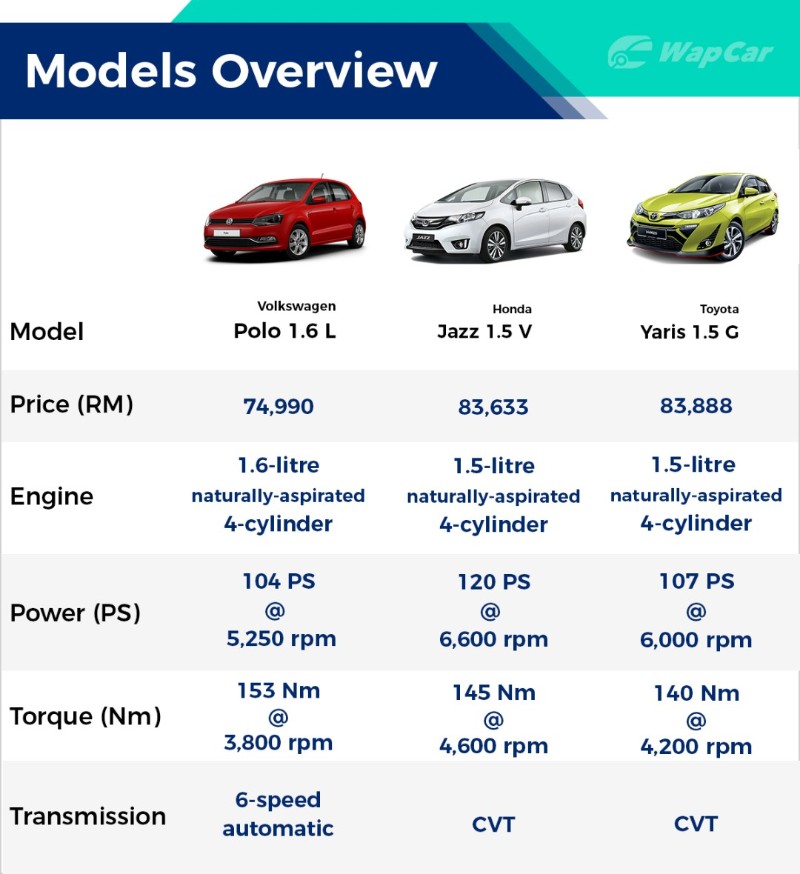 Based on the overview, the Volkswagen Polo is certainly the cheapest among the rest of its Japanese rival, saving you close to RM 8,000. Plus, that extra 100 cc helps the Polo to blaze ahead with 153 Nm of torque. Sure, the Honda Jazz has more power but in such low-power applications, it’s the torque that counts. No replacement for displacement, then. 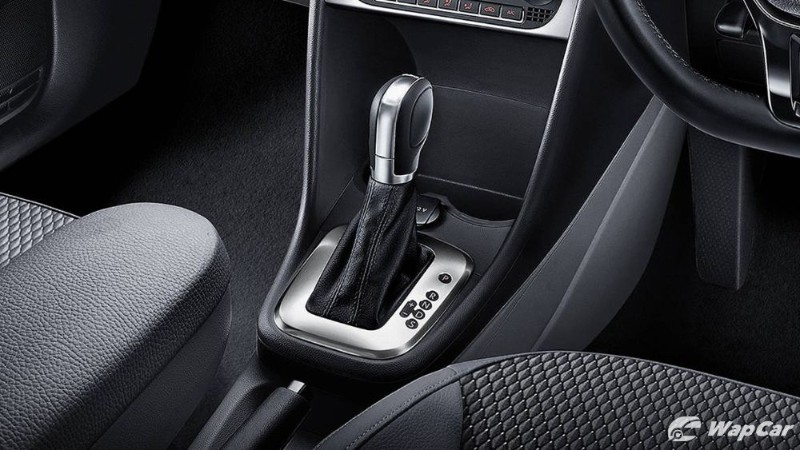 For those that are worried about the dual-clutch issue, fret not as the Polo comes with a conventional 6-speed torque-converter automatic. My sister-in-law used to own before upgrading to a MINI Clubman, and I can vouch for the transmission reliability. 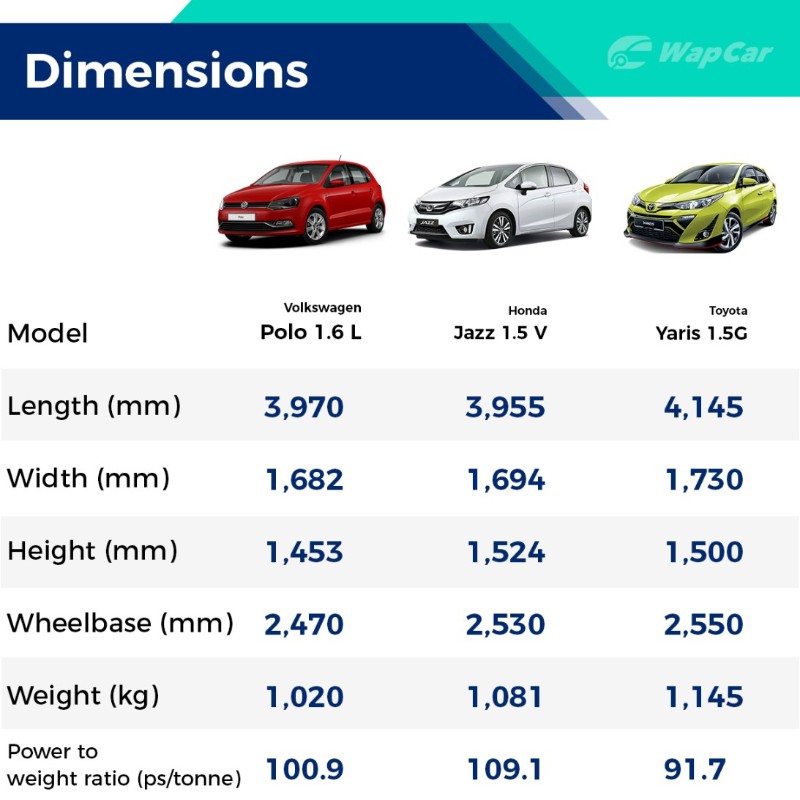 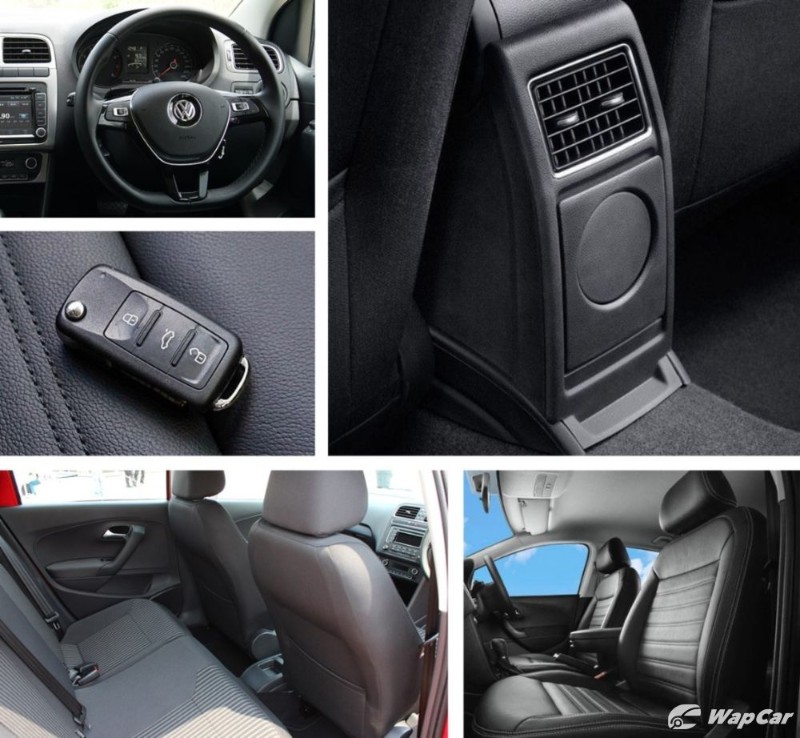 The Volkswagen Polo feels solidly build and quiet in the cabin, and despite being an entry-level model in Volkswagen line-up, it retains the quality European feel and vibe, although we do think the usage of hard plastic is excessive. Similar to the Vento, the ride is firm and supple at town or highway driving, and in no way, it ever gives you the feeling of nervousness. Big plus point in the Polo is the addition of rear air-con vents, the only B-segment hatchback to have this. 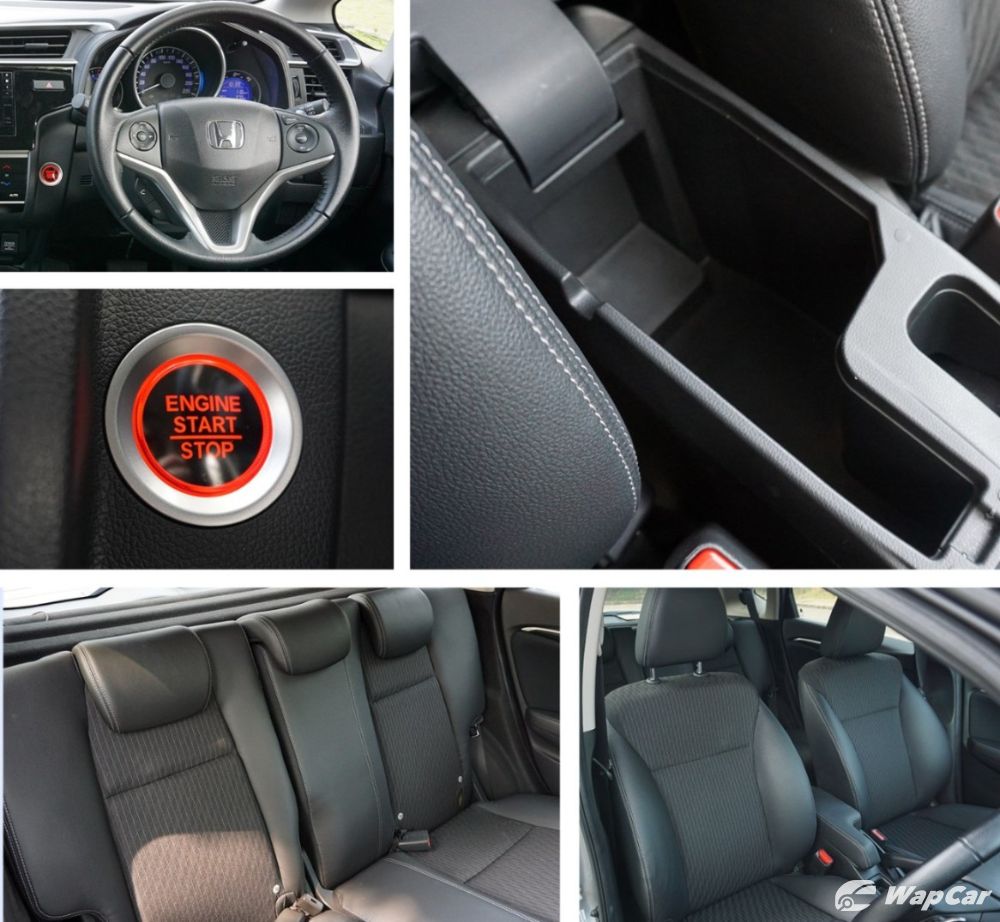 Moving over to the Honda Jazz, it makes the Polo feels small with its cleverly designed interior that makes you feel like you’re in a larger C-segment sedan car. The suspension is set up to be compliant and comfortable, but at times it may come across a little too harsh going through jarring ruts or potholes, nowhere near as refined as the Polo. Cabin noise is unfortunately similar to the Perodua Myvi, and there are no USB charging slot nor air-con vents for the rear passenger, which is a shame. 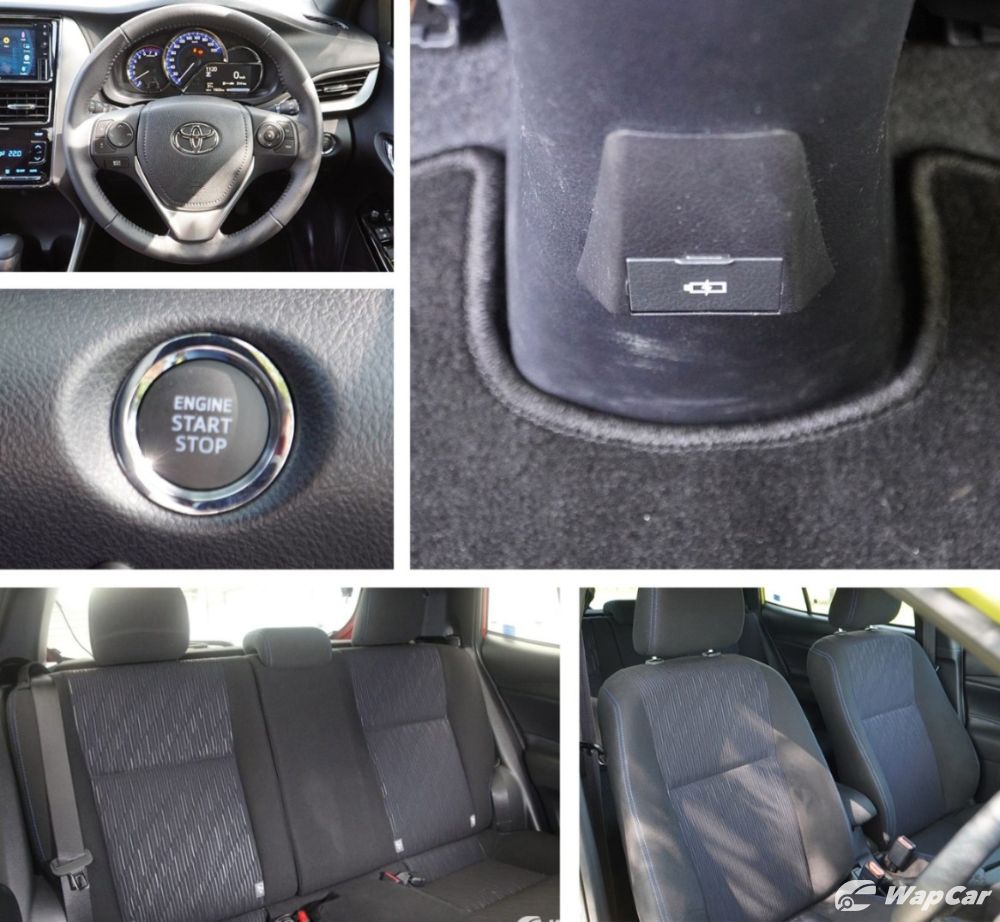 The Toyota Yaris plays it safe with a conventional dashboard and interior design, but it suits the overall flowy outlook of the exterior. It might look cheap to some though, but hey simplicity works. Ride comfort is best described as gentle and smooth, even in town and highway driving which makes Yaris the most comfortable cruiser among the bunch. Cabin noise is surprisingly remarkable, quieter than the Polo. There are no rear air-con vents, but you do get 3 USB charging port (1 rear, 2 at the centre console) as standard. 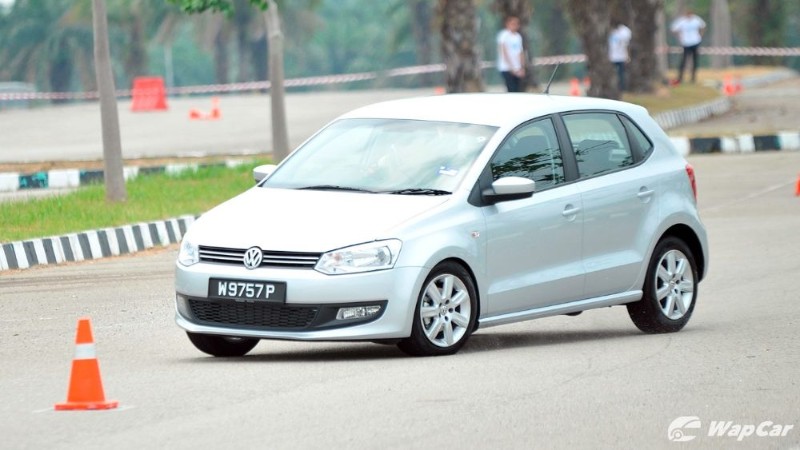 Working harmoniously with the suspension setup, the Polo has a nicely weighted steering wheel, but the steering rack response is rather slow despite having the shortest wheelbase compared to the other two. This is a little unexpected, however by no mean it is not capable during cornering. Driving enthusiast will appreciate the manual mode offered by the 6-speed torque-converter automatic transmission which works beautifully, although the jolting movement during gear change can be a little bit rough. 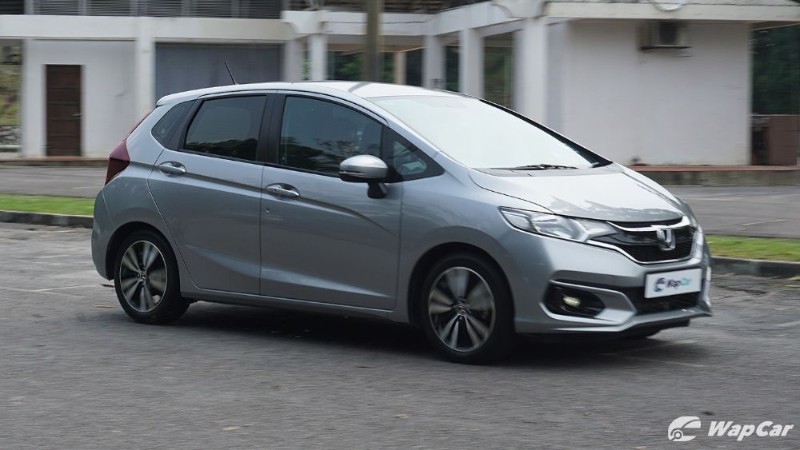 To our surprise, the Honda Jazz has the most responsive steering feedback compared to the Polo and it handles well too. Push it too hard however, the rear suspension begins to bottom out as a result of insufficient stroke when it hits undulation in mid-corner. However, this is an extreme scenario though because a normal driver is highly unlikely to put the Jazz through that kind of hard-driving. The CVT is smooth, and shift effortlessly in urban or highway drive. 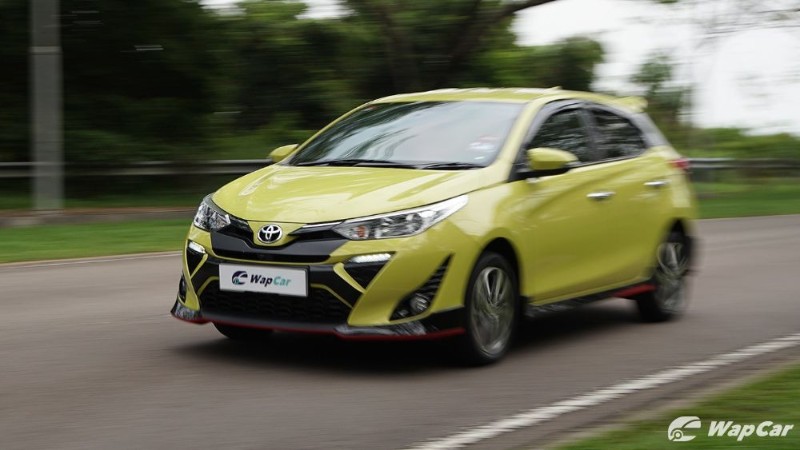 Similar to its sibling Vios, the steering on Toyota Yaris is lightly weighted which ease manoeuvring but at certain times you feel ‘disconnected’ while taking a corner. This is to be expected, seeing the suspension is tuned for outright comfort and gentleness going over bumps. Compared to the Jazz, the CVT in the Yaris is even smoother and quieter, delivering power with much linearity, typical of Toyota’s CVT. It is perfect as a city-dwelling car. 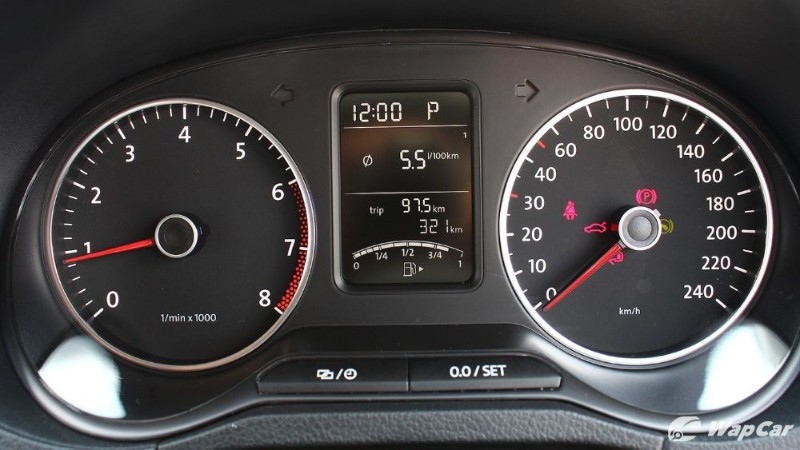 On mixed driving condition, the Volkswagen Polo uses 6.3-litre/100km of fuel, and it drops down to 5.5-litre/100km when you drive on the highway. 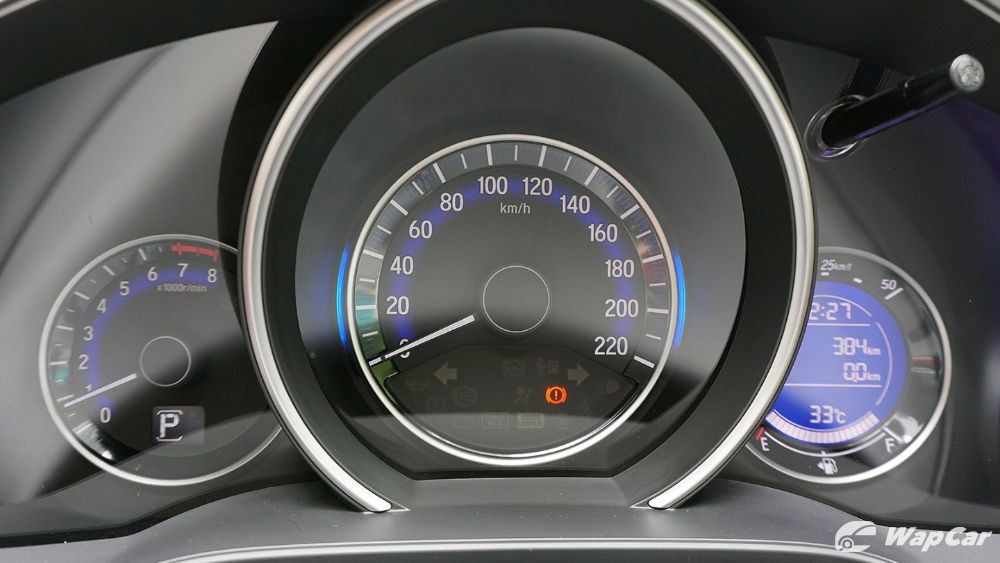 Honda claims the Honda Jazz will average 5.8-litre/100km, however in a real-world test, we managed to get 6.7-litre/100 km. We managed to reach this figure despite our aggressive push to test out the car for its acceleration test. 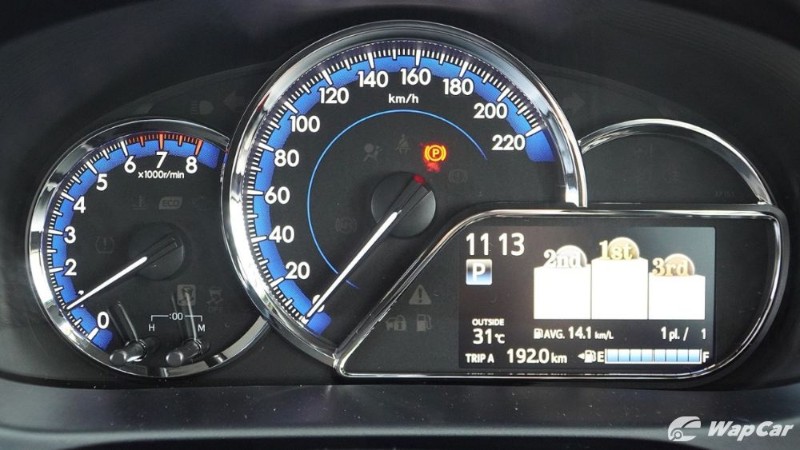 Similarly, the Toyota Yaris returned is 5.8-litre/100km in our hand, with a mix of urban and highway driving condition. In short, all three cars are frugal on fuel in this comparison test. The rest mainly depends on the way you drive. 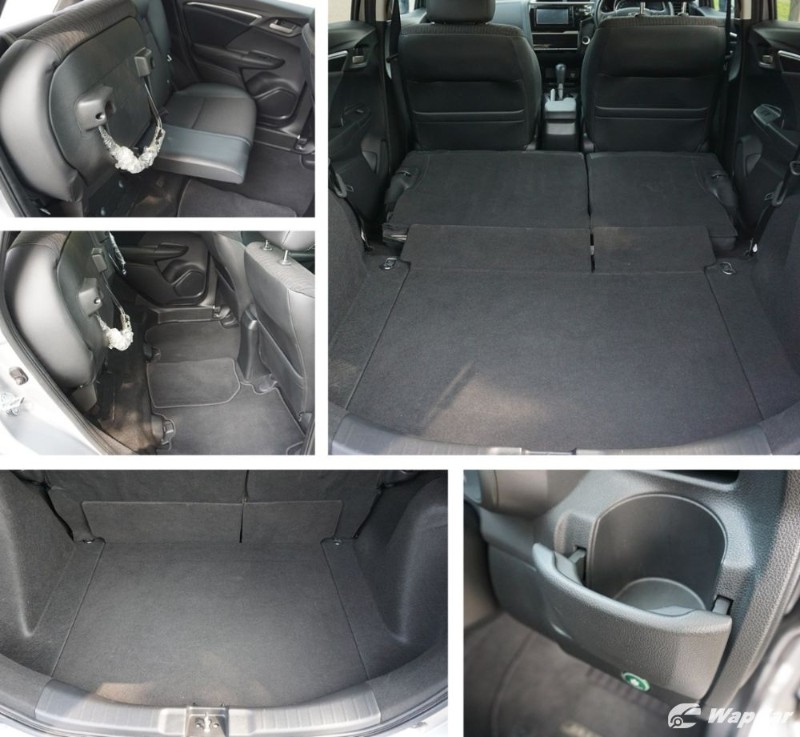 Honda Jazz is still the king of practicality in this segment. For a start, there’s 363 litre of boot space with wide loading boot opening that measures at 104 cm. If more space is required, flip your way with Jazz’s Ultra Seat feature – Refresh mode, Long mode, Tall mode or Utility mode. If that isn’t enough, there’s a total of 18 cubby spaces of all sizes to fit your stuff in. 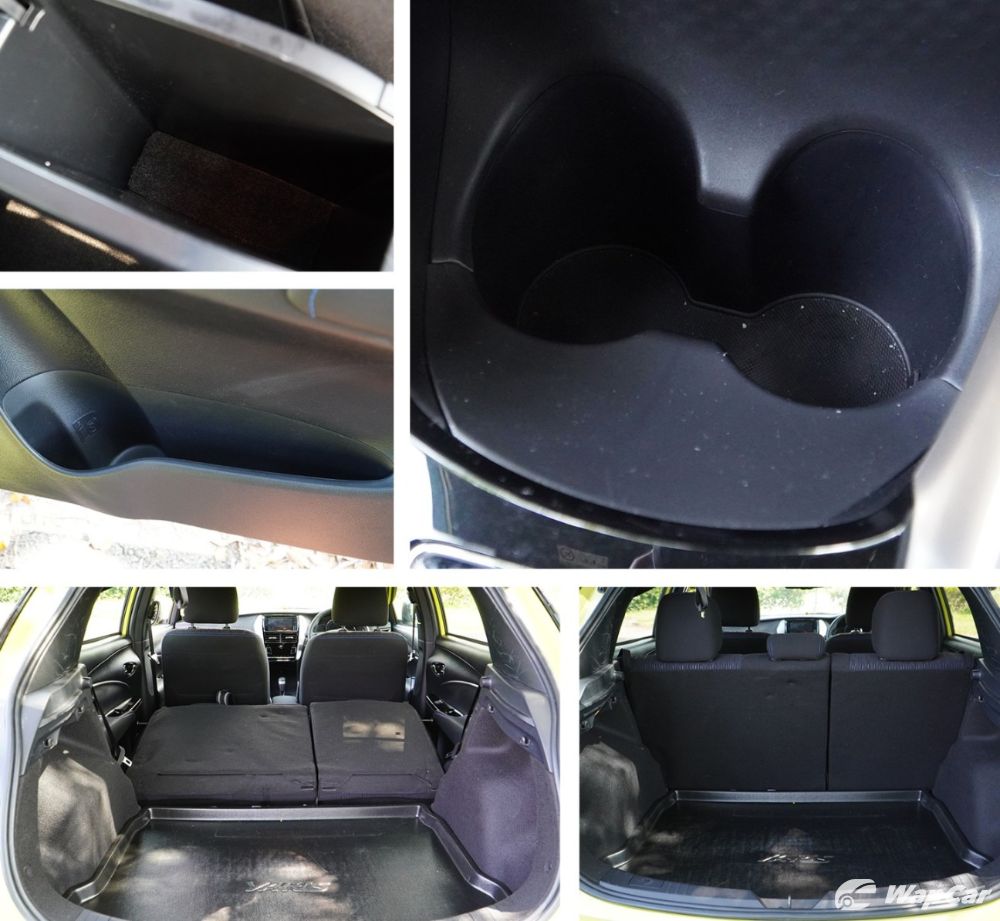 The Toyota Yaris make do with 286 litre of boot space, and the storage compartments available are small. Unlike the Jazz, there is no option to flip the seat upwards, so the best it can do is just fold-down although it is not fully flat. 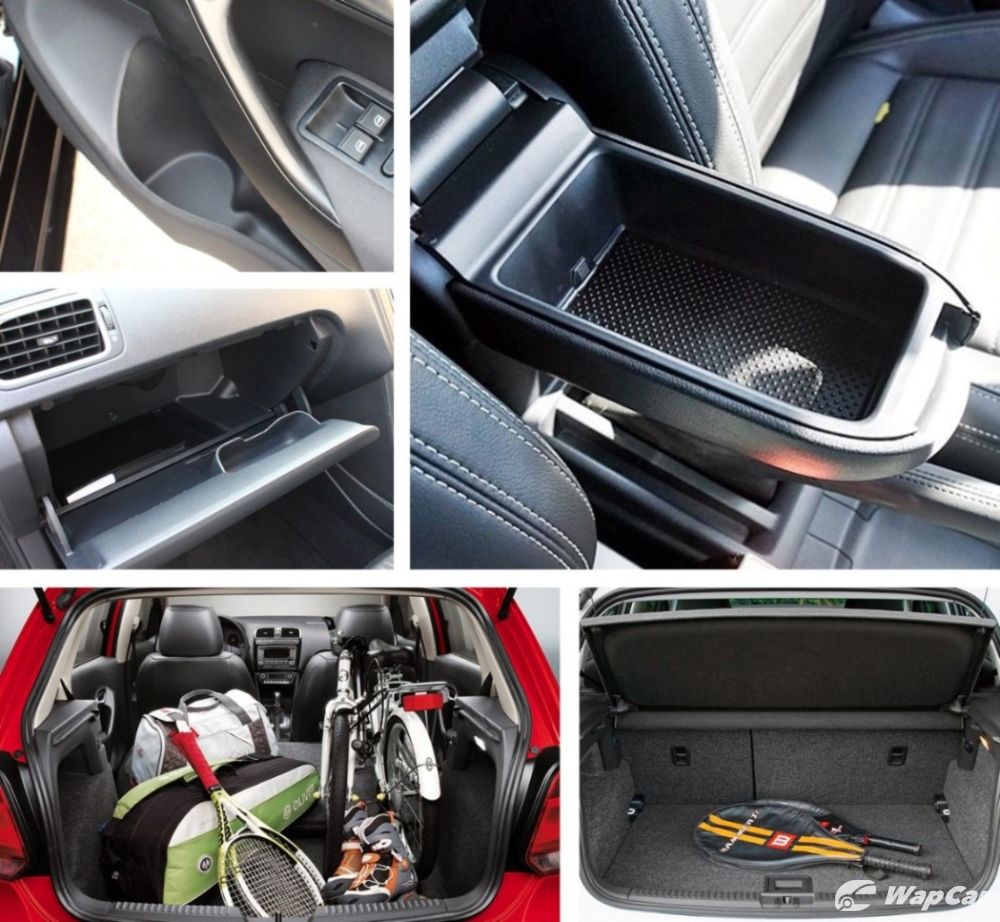 However, if you think the Yaris is small, the Volkswagen Polo is the smallest among all, with 280 litre of boot space. Fortunately, the Polo has a mixture of large to small storage compartments scattered around the car and the seats can be folded down flat, making it a step up than the Yaris. 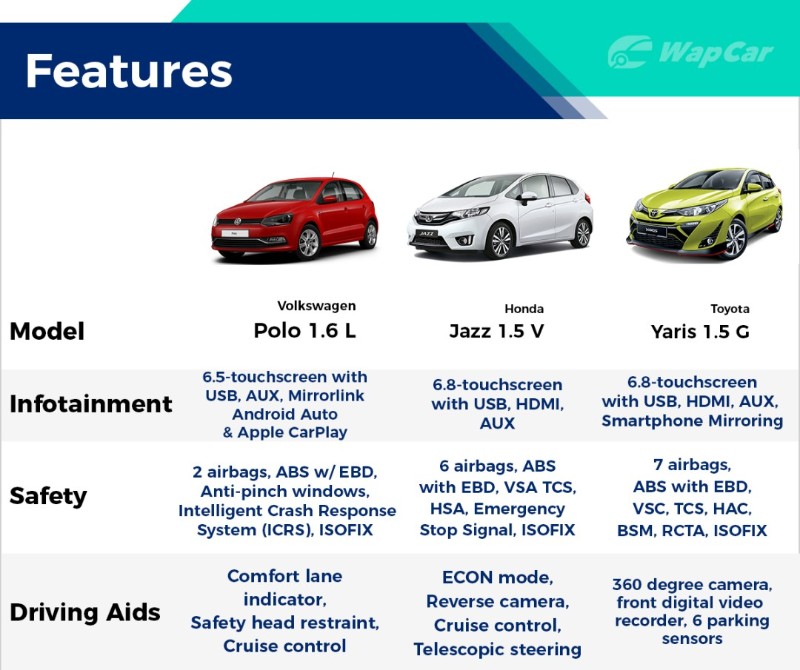 Similar to the Volkswagen Vento, the Polo’s 6.5-inch touchscreen is a little small but it has the best-in-class head unit that comes with Android Auto & Apple CarPlay. Sound quality is on par with the Yaris, despite having only 4-speakers around. 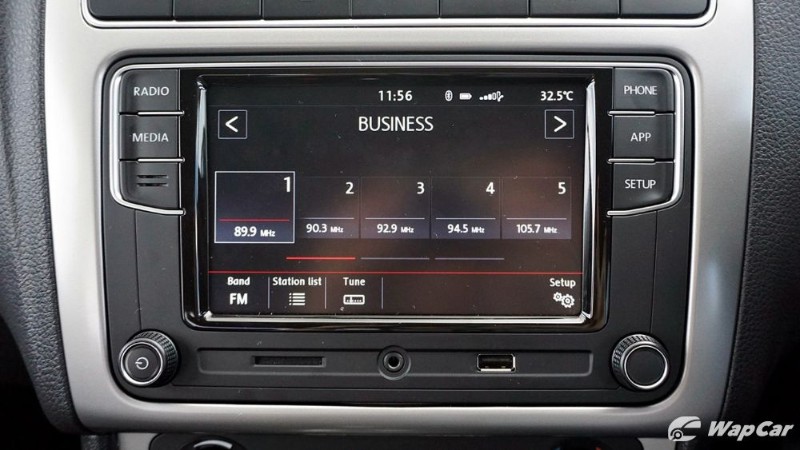 Having mentioned the Toyota Yaris, the 6.8-inch touchscreen is crisp and smooth to navigate, and it features Mirrorlink function, channelled through 6-speakers. The Yaris packs a meaty low-end and mids with decent imaging from the repositioned tweeters, creating an immersive sound system for your enjoyment. 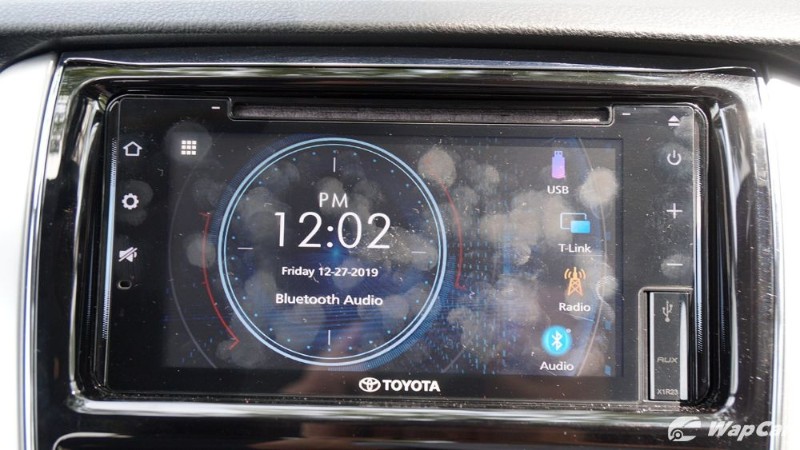 This is where the Honda Jazz lacks the most. The touchscreen looks like a lower-tier model that you can buy cheap off accessories shop, thanks to the glaring display that makes it hard to read. If you're the type that enjoys music among others, you'll be pressed to know that the speaker quality isn’t any better too despite having 6 all around. 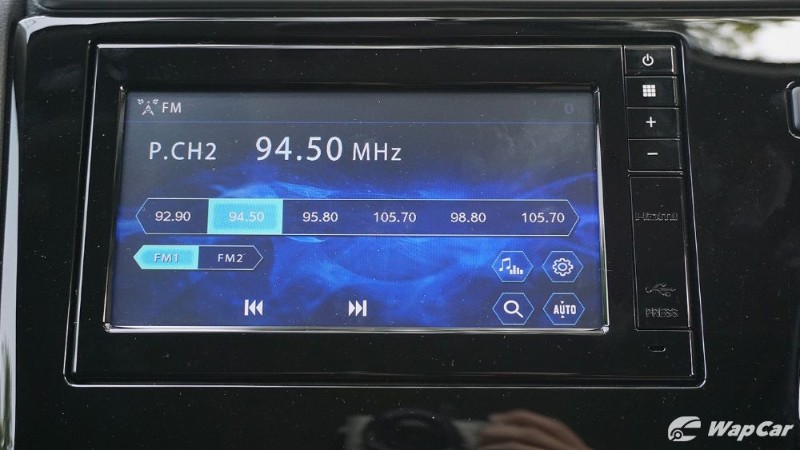 Safety-wise, this is where the Toyota Yaris outshines it rivals with 7 airbags as standard across all variants. Among others, the Yaris boasts traction control system (TCS), vehicle stability control (VSC), and blind-spot detection with rear-cross traffic alert. 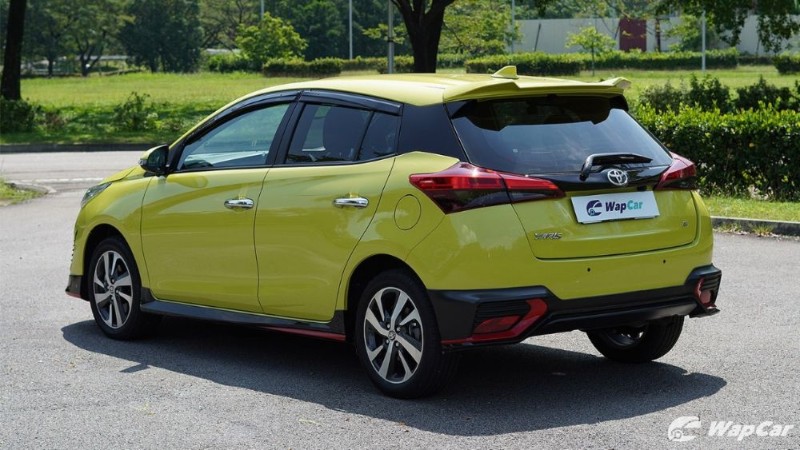 The Jazz lacks knee airbag, dropping the airbag count to 6. But for those inclined towards the Polo will have to make do with a measly 2 airbags, although it comes with a unique system called Intelligent Crash Response System (ICRS), where it will unlock all doors, cuts off the fuel pump, and turn on hazard lights for you in case of an accident. 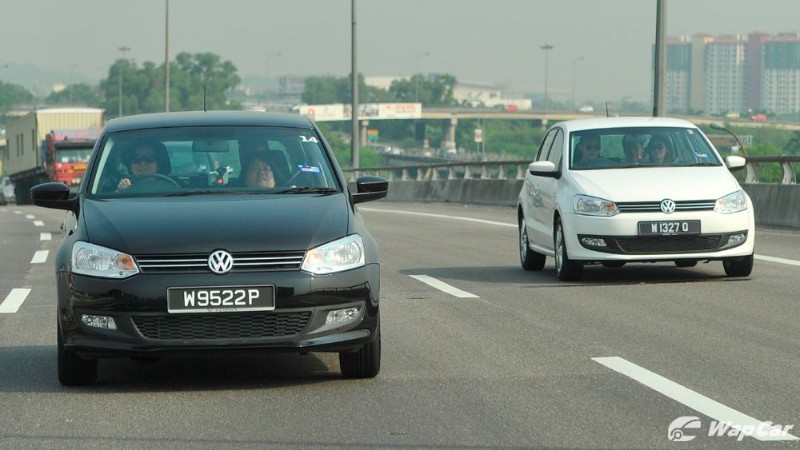 Despite being one of the oldest B-segment hatchbacks on sale here, The Volkswagen Polo is still a relevant model with a refined quiet cabin, great sound-system and engaging European experience. 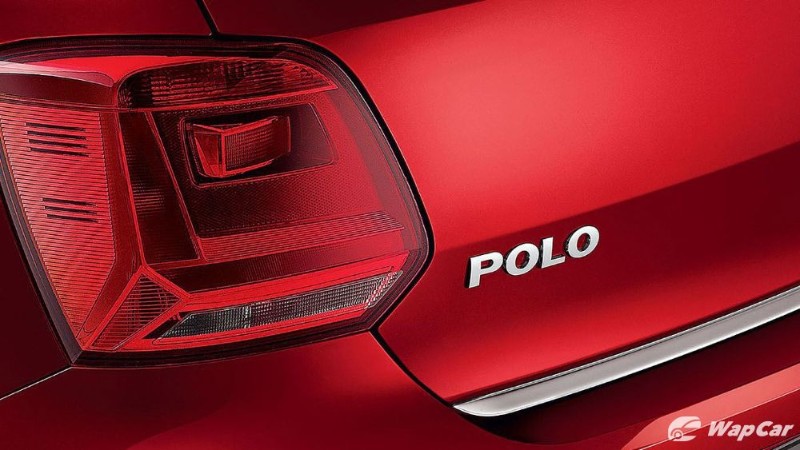 However, it certainly lacks behind in the safety department, with only 2 airbags and lack of traction and stability control. It is also not the most practical hatchback all around, so if space is your concern, the Polo is not the right car for you. 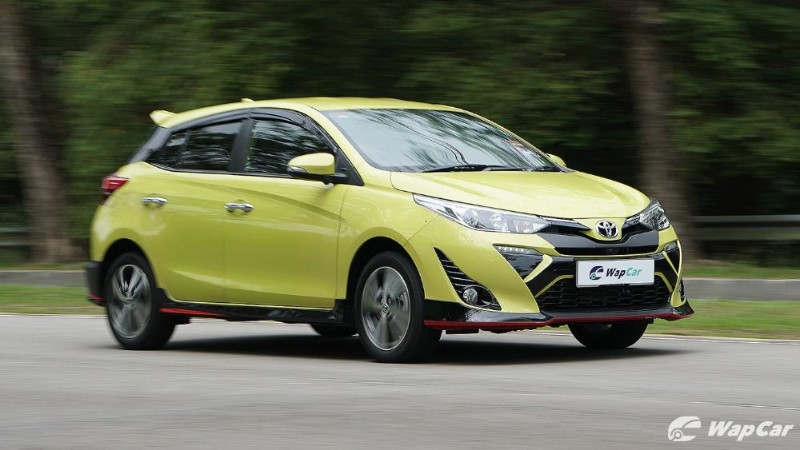 The Toyota Yaris has taken over the Honda Jazz in various aspect, particularly the generous safety kit. It is smooth, comfortable and quiet to drive in both urban and town driving. Overall, it feels the most complete. For us, the biggest deal with the Yaris is the Blind-Spot Monitor (BSM) because unlike the one in the Vios, it does not beep all the time. 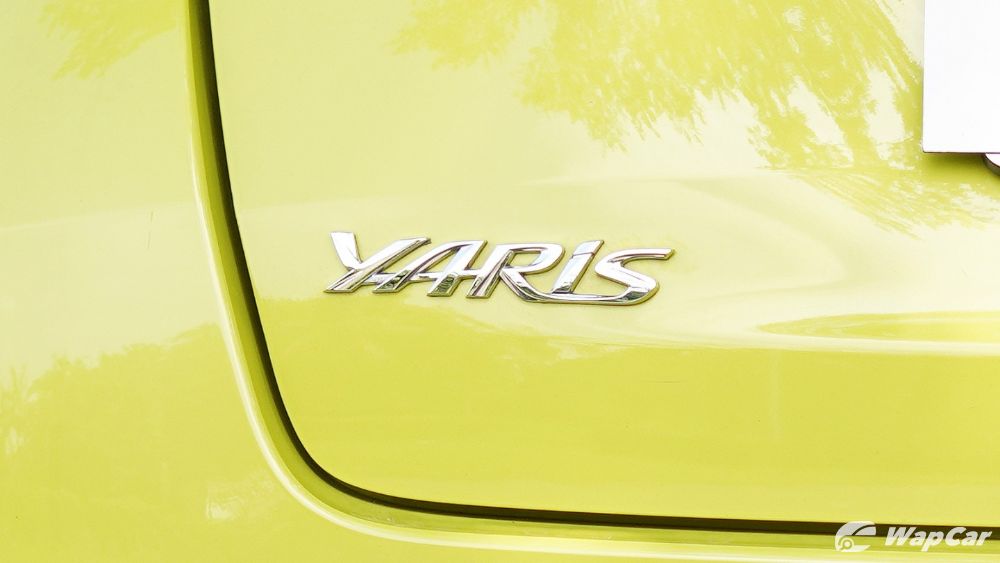 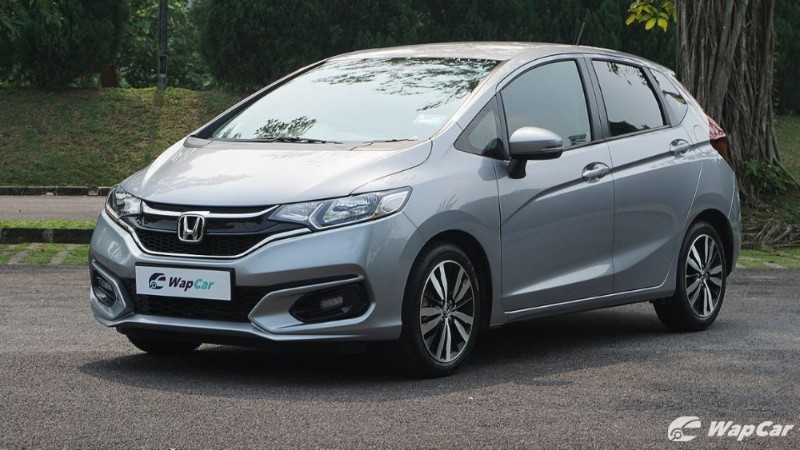 For those that are looking for something spacious and practical, the Honda Jazz still hold it charms pretty well. Unique Ultra Seat feature, big boot space and comes with plenty of cubby spaces. Chances are the new Honda Jazz will not be making its way here, instead replaced by a sleek looking Honda City Hatchback. 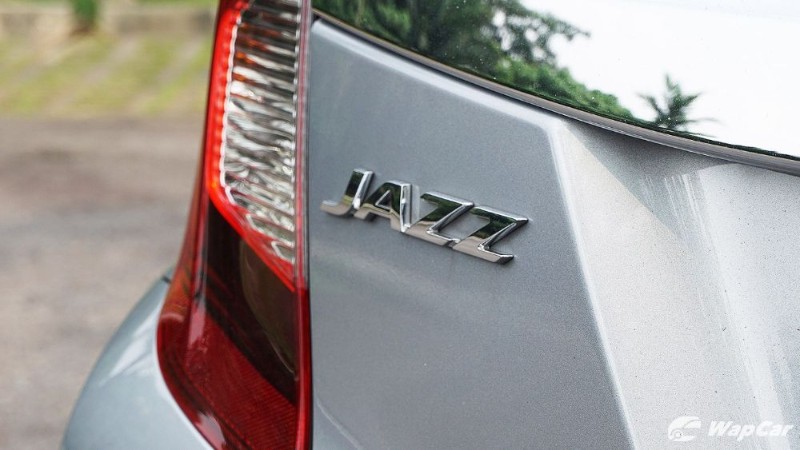 Apart from the terrible infotainment packaging, the lack of USB rear charging ports and rear air-con vent is a let-down, which could’ve made the Jazz a top all-rounder in its segment. Adding to that, some units suffer from poor built quality where the panel gaps along with the front bonnet and rear boot were rather inconsistent.