Home > News > Honda N7X Concept vs Honda BR-V - Will it be the next cabin space champion?

Honda N7X Concept vs Honda BR-V - Will it be the next cabin space champion? 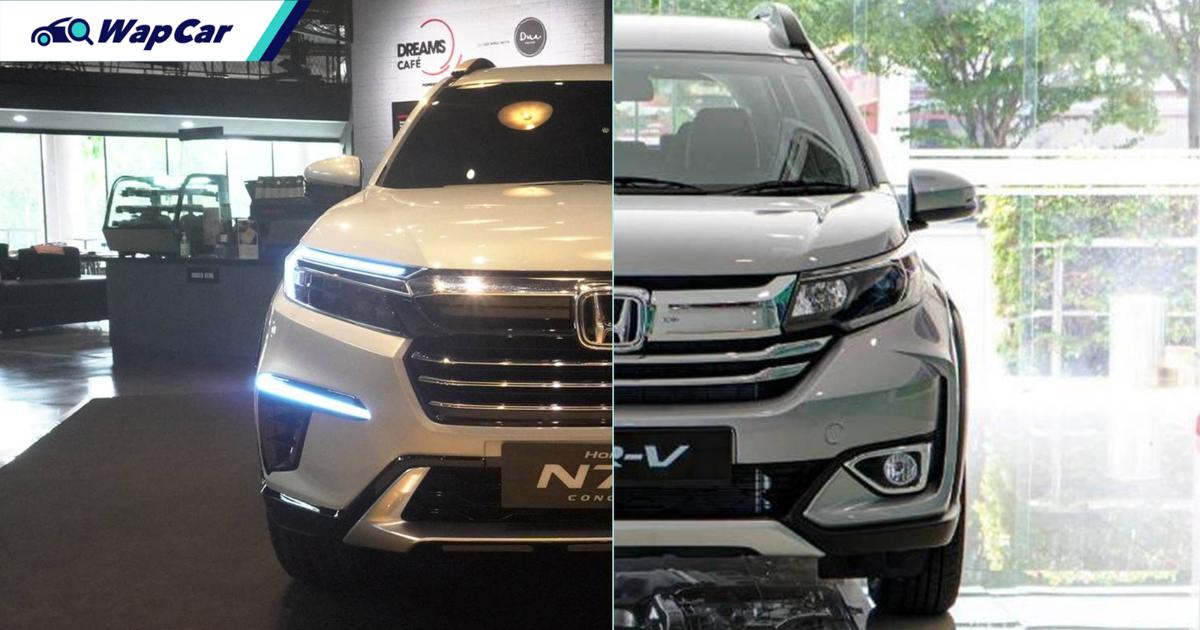 Its full name is New 7 Seater eXcitement, but it's easier known as the Honda N7X Concept. PT Honda Prospect Motor took the covers off this model yesterday. 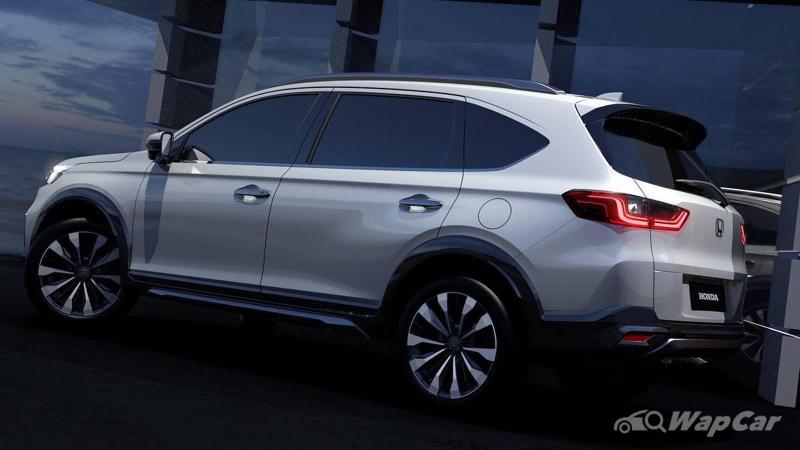 Originally touted to be the next-gen Honda BR-V, Honda says that this is a properly new model, one that's positioned higher than the aging BR-V.

Anyway, thanks to our friends at WapCar.my's sister site Autofun Indonesia who nipped down to Honda's Dreams Cafe in Jakarta, we can bring you live photos of how the N7X compares to the BR-V. 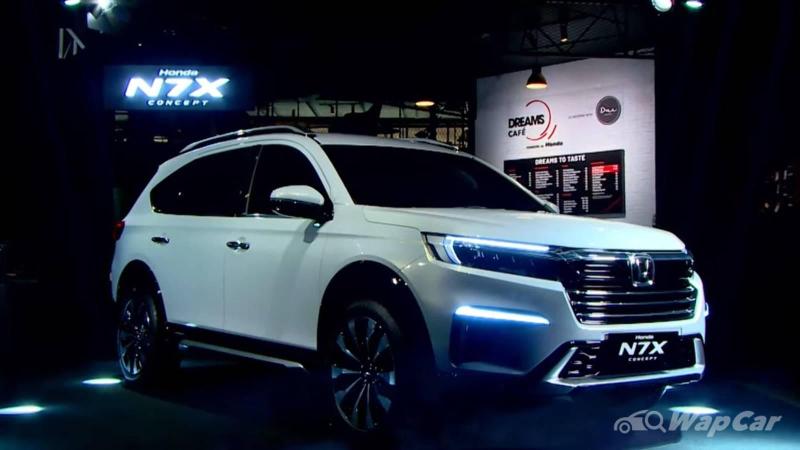 Here's how the current BR-V measures: 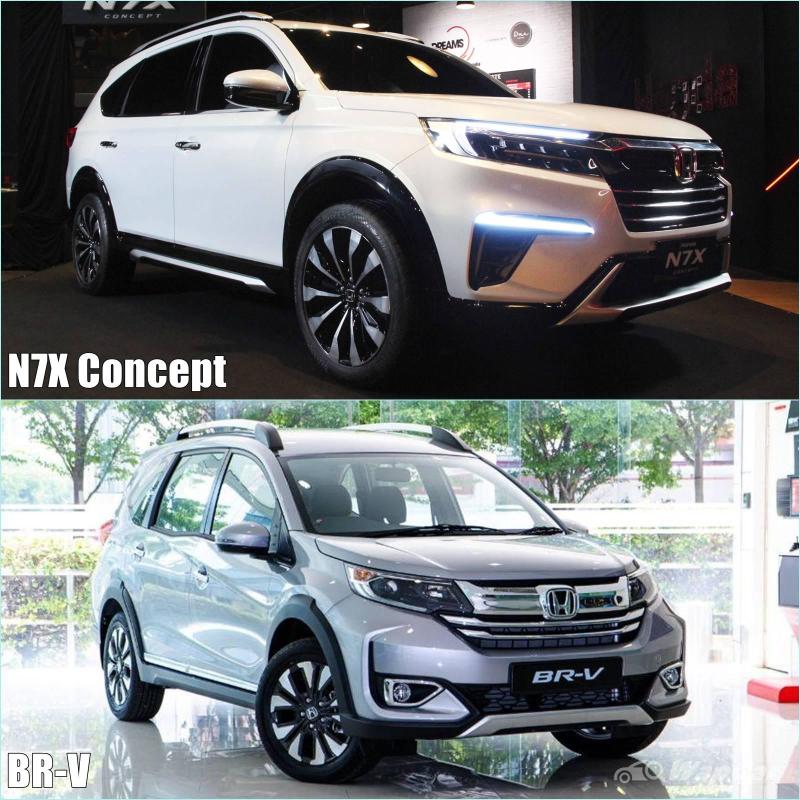 The BR-V was first introduced in 2016 and last updated three years ago. It's not ugly, but it is rather dated, a product of its time. 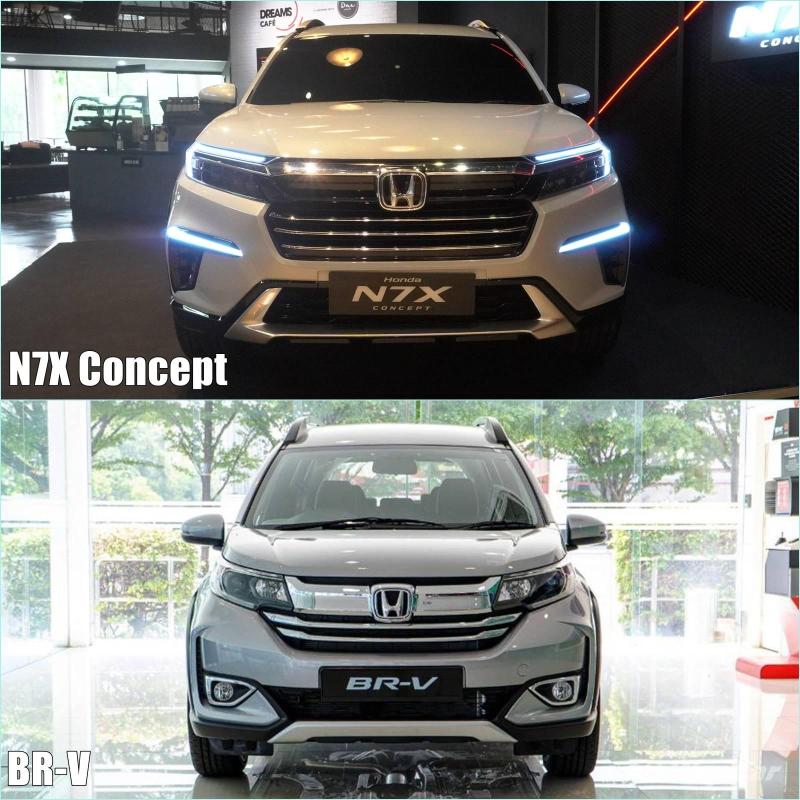 While the N7X keeps the general shape, new Honda design cues shoot it right into 2021. With a strong hood and sharp LED headlights flanking Honda Odyssey-esque stacked grille, it loses the frumpy face of the current BR-V. 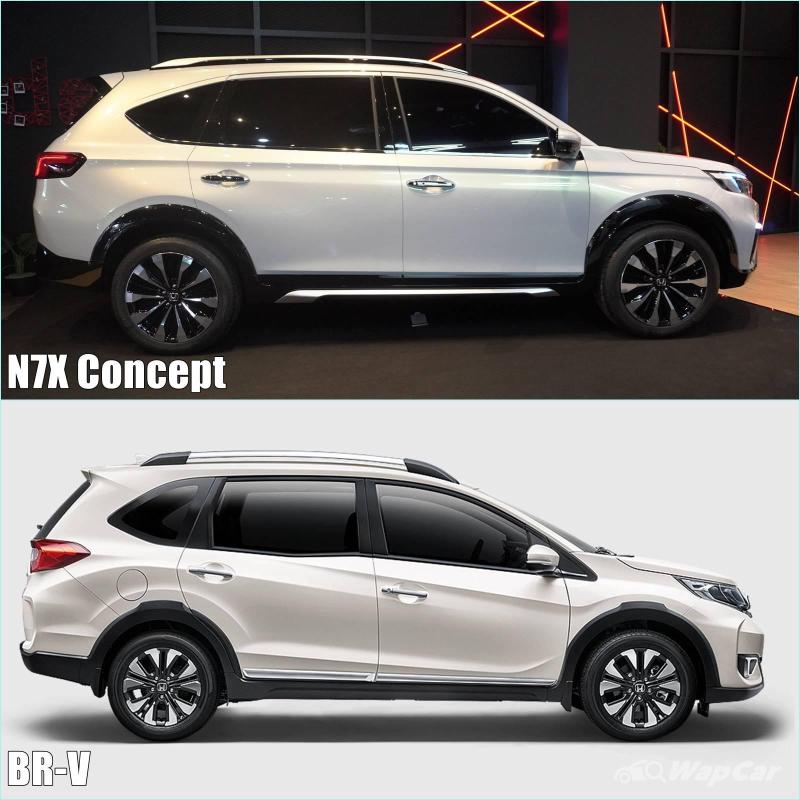 Concept cars usually wear outlandish wheels, but the N7X's 18-inch units look pretty normal, a hint that we're looking at an almost-production-ready car. Note that it drops its soon-to-be predecessor's fussy lines for a smoother profile too. 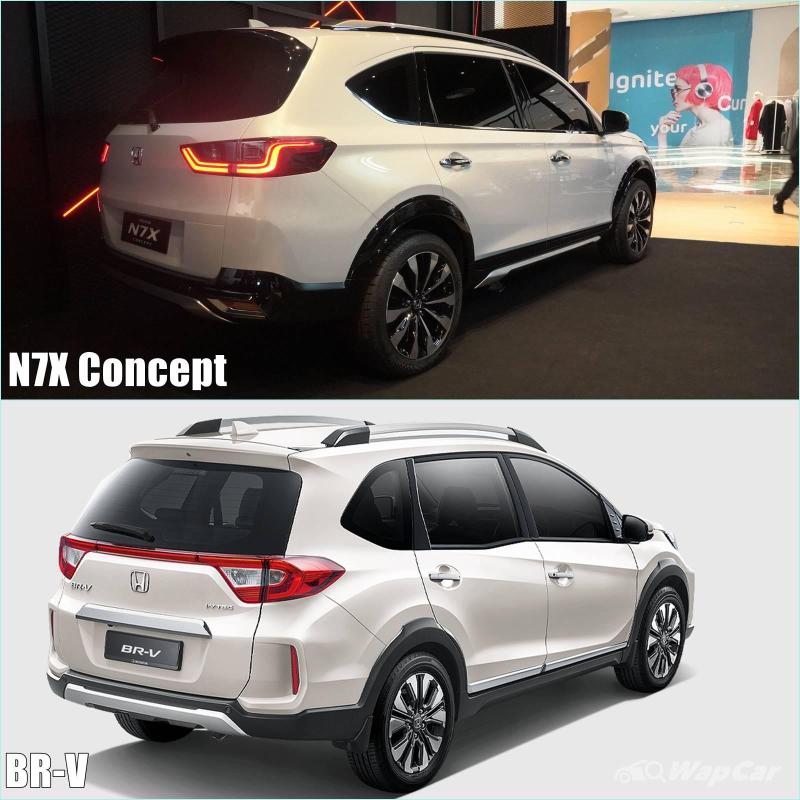 More familiar cues at the back - completing the N7X's rather smooth rear-end is tail lights that look to be ported over straight from the Honda City Hatchback.

Interior - Taken from another sedan? 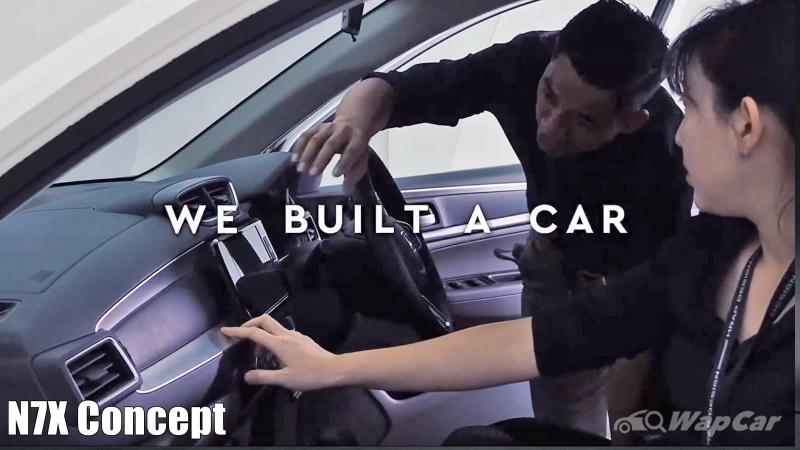 While the interior was behind locked doors and heavily-tinted windows, we'll try to shed some light using screencaps from the reveal video.

It's a departure from the BR-V. With its symmetrical air-cond vents and larger headunit, it seems that the N7X's dashboard heavily mirrors the Indian-market Amaze.

What's more, it possibly features brown and chrome inserts too, as the photo above shows. 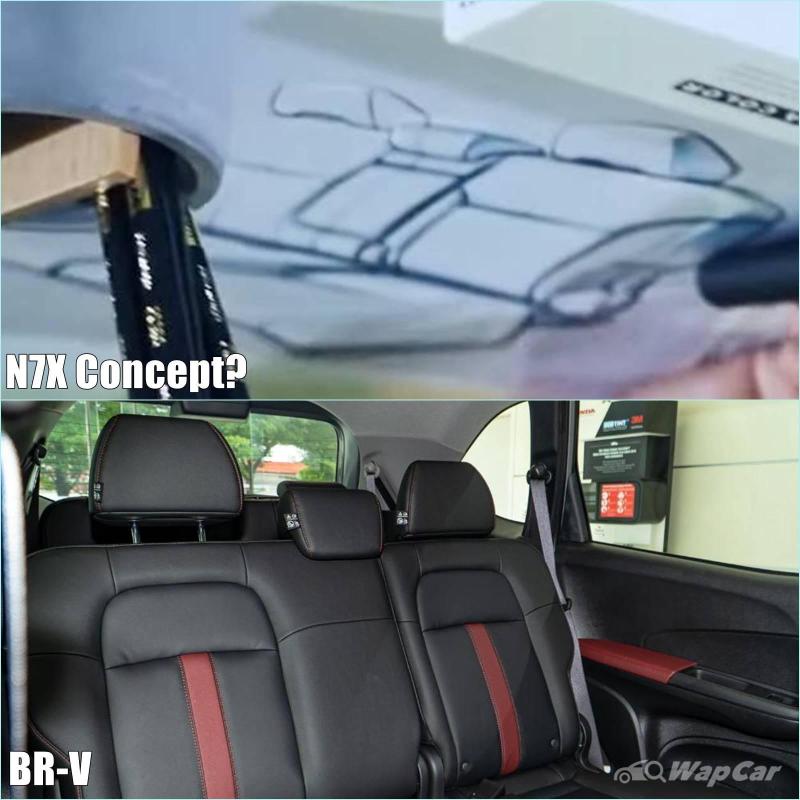 Same story with the second- and third-row seats. We haven't got a definitive look at those yet, but this sketch is a clue that they should be fresh, with new headrest designs.

Space-wise, if it's anything like the BR-V then it's already a winner in our books.

This is still up in the air. The BR-V comes with a naturally-aspirated mill, which this N7X could retain when it makes production: 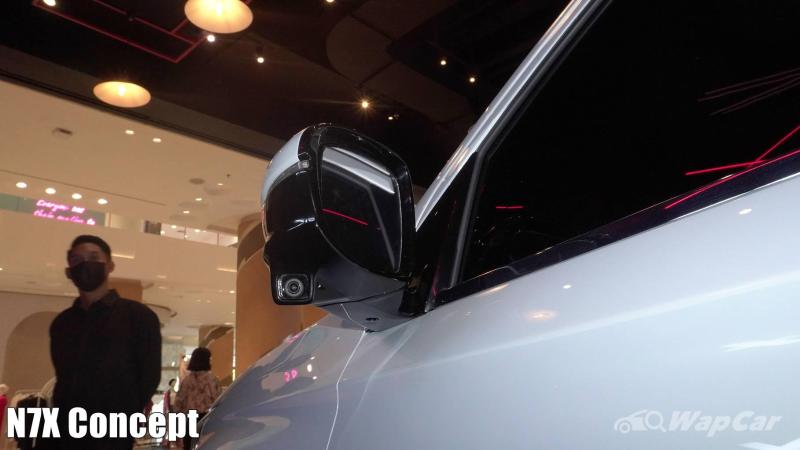 While the rest of the Honda Sensing suite of advanced driver assistance system (ADAS) suite hasn't been confirmed, at least we know the new model will come with Honda LaneWatch - the side mirror camera is a tell-tale sign.

This is one improvement over the current BR-V, but we also hope that Sensing makes its way to this model. 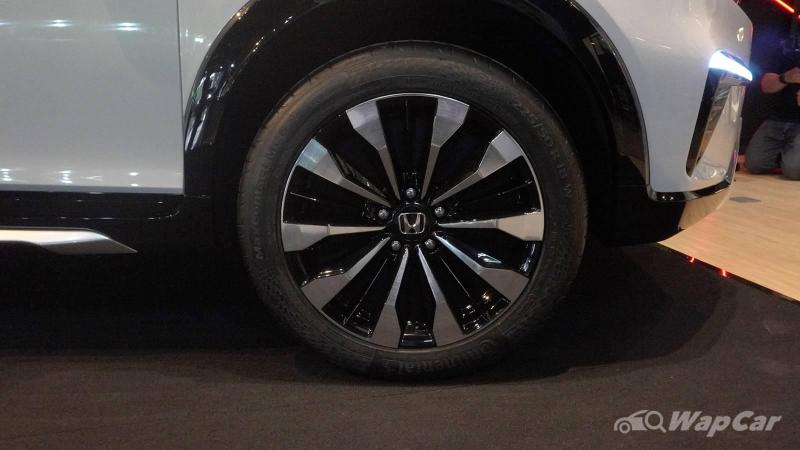 Looking at this comparison, it seems that the N7X Concept may just be the shot in the arm Honda needs to fight in the 7-seater SUV category - considering how dated the BR-V and its similarly-aged Mobilio stablemates are.

Anyway, we've been hinted that the company will unveil a suprise in August 2021, at the Gaikindo Indonesia International Auto Show (GIIAS). It's most likely the production car, but let's see how that unfolds.