Hot like wasabi – The Kei hot hatches of the Bubble Era 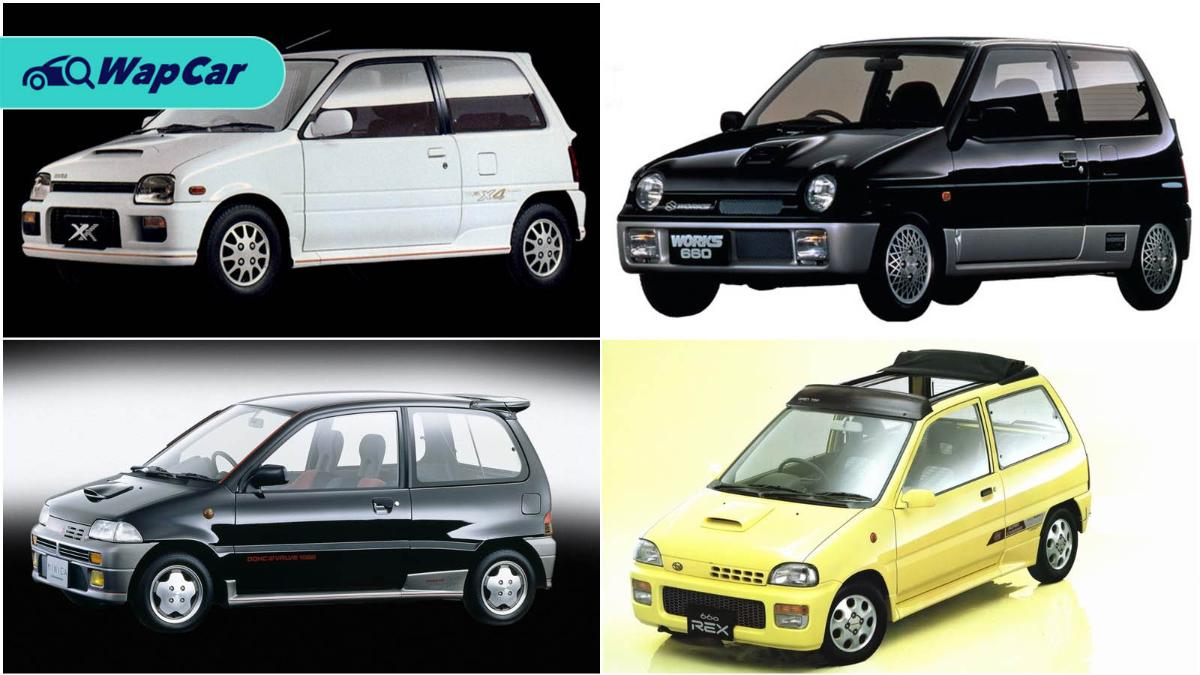 A few weeks before, I wrote about 5 cute Kei sports cars from the Japanese Bubble Era. As I had teased in one of the captions, this time, it’s the turn of the little Kei hot hatches. 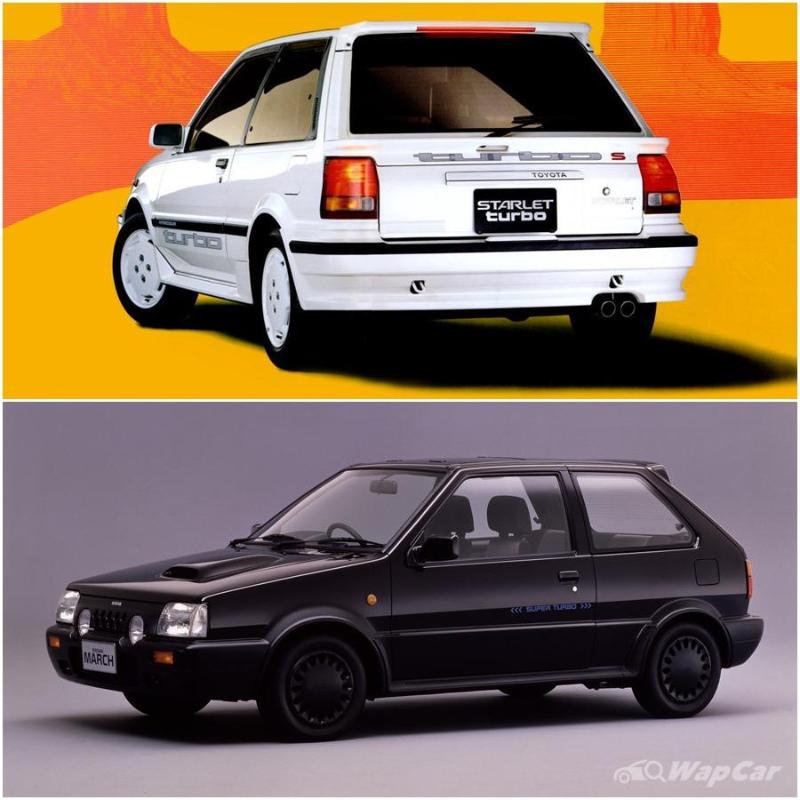 The idea of a Japanese hot hatch wasn’t an entirely new concept. There was the Nissan March Super Turbo, the Honda City Turbo II, and the Toyota Starlet Turbo S Limited but those were powerful on their own and free from the strict regulations of a Kei car. 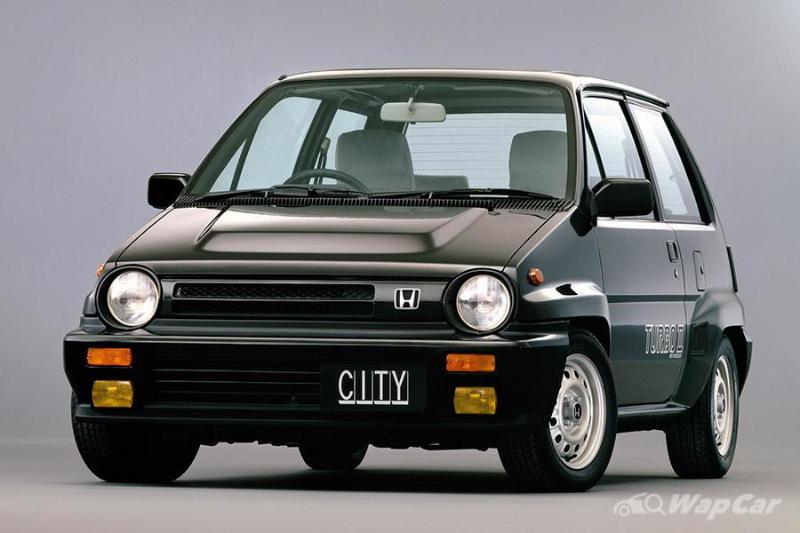 Yes, even the City, despite its small looks, wasn’t technically a Kei car. Its 1.2-litre turbocharged engine was more than the 550 cc or later 660 cc maximum requirement to be labelled as a Kei car. So was its power output – at 103 PS, it was more than the 64 PS required for it to be called a Kei car. 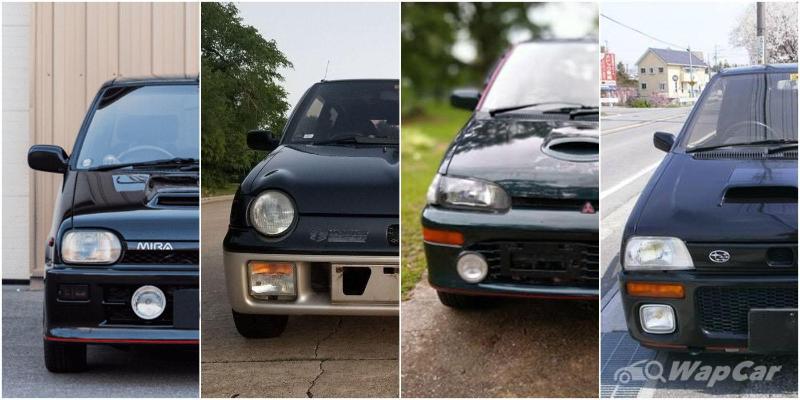 But these four; the Daihatsu Mira TR-XX Avanzato, the Suzuki Alto Works, the Mitsubishi Minica Dangan ZZ-4, and the Subaru Rex VX Supercharger, were the gateway Kei hot hatches with ridiculously long names.

All 4 shared the same output and engine sizes. Because of Japan’s economic climate in the late 80s and early 90s which was known as the Bubble Era, some amazing and even ground-breaking technology was shown at the time. 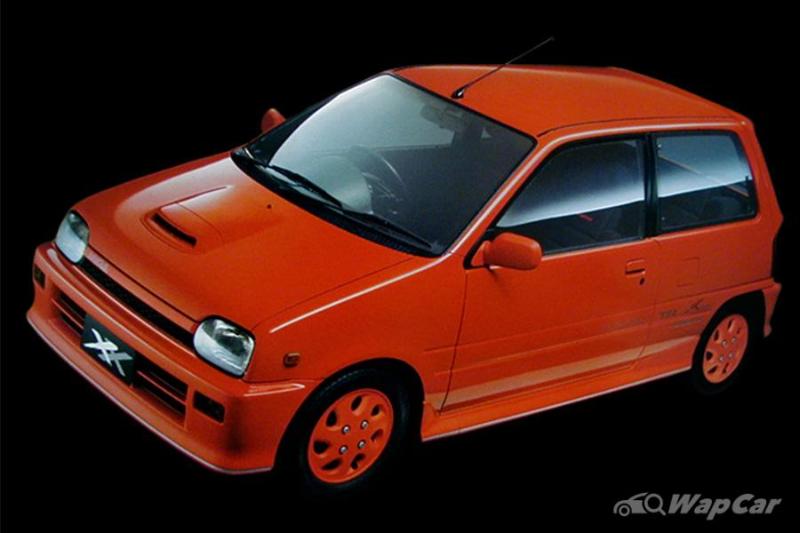 Malaysians would most likely recognise the Mira name as it was the base for the Perodua Kancil and the numerous fans who converted them with a Daihatsu badge. Granted, despite their efforts to make their Kancils look more Avanzato, the real Mira TR-XX only came with three doors. 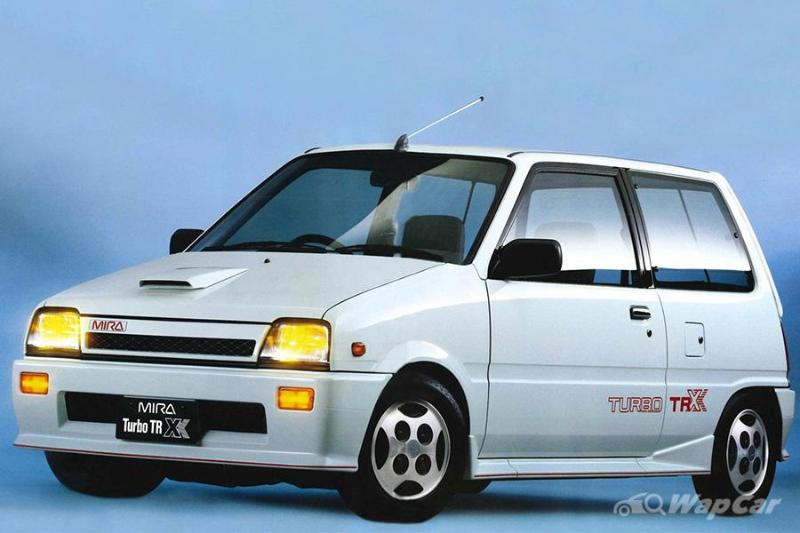 The Mira TR-XX was launched in 1990 with the L200 generation and continued with the later L500 generation until 1998. Initially only offered with FWD before a 4WD variant was introduced in 1992, the Mira TR-XX was powered by a 3-cylinder turbocharged EF-JL engine. Interestingly, the FWD variant has four-wheel-steering (4WS) just like the Honda Prelude Si and even the upcoming W223 Mercedes-Benz S-Class!

It also came with automatic wipers and automatic headlamps. In 1990! Because of its small size and light weight (less than 800 kg), it’s a fun, nippy little car. No wonder the Perodua Kancil is called the Nippa in the UK. 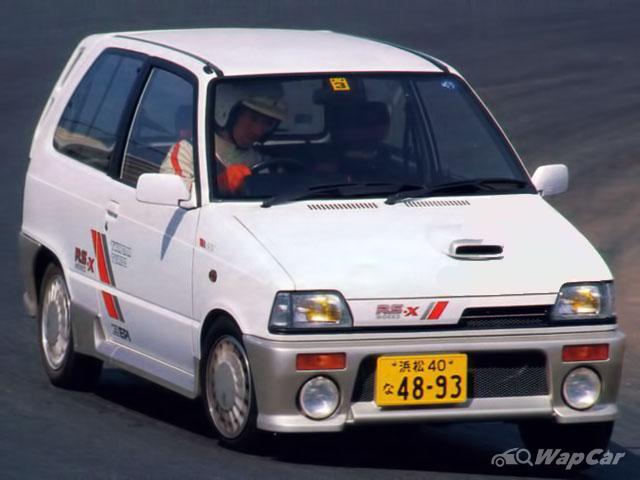 Suzuki was possibly the first to start this Kei hot hatch revolution when they put a turbocharger to a 550 cc SOHC engine in the Alto in 1985. Then, things got a lot madder when the Alto Works was launched in 1987 with a turbocharged twin-cam engine. 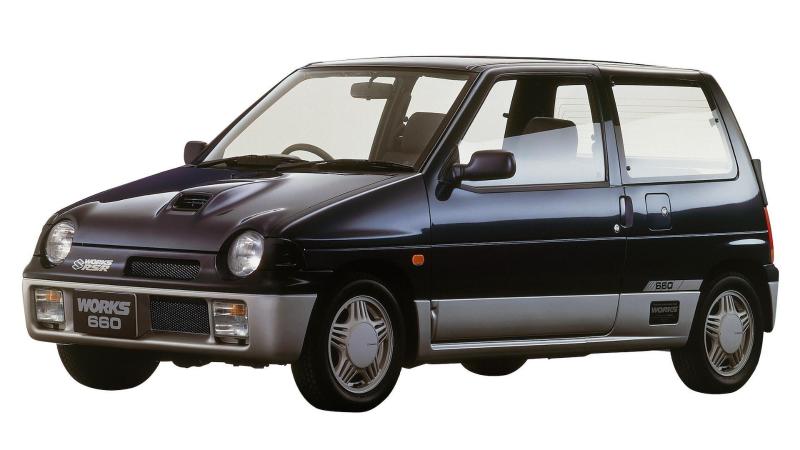 Then in 1988, a new generation of the Alto was introduced and with that came the legendary Alto Works RS-R. The second-gen Alto Works was launched just when Kei car engine regulations were increased to 660cc. The car had a very distinct front-end with circular headlights and an asymmetrical grille. 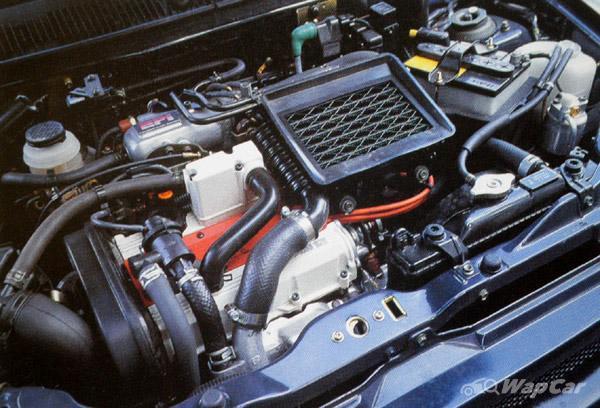 Just like the Mira TR-XX, the Alto Works was available in both FWD and 4WD. What made the RS-R, in particular, widely sought after was because of the 3-cylinder Suzuki F6A engine, which many considered as the 2JZ of Kei car engines. It was an iron block engine that can be tuned up to 122 PS with little modifications. Redlines up to 9,500 rpm were also common. 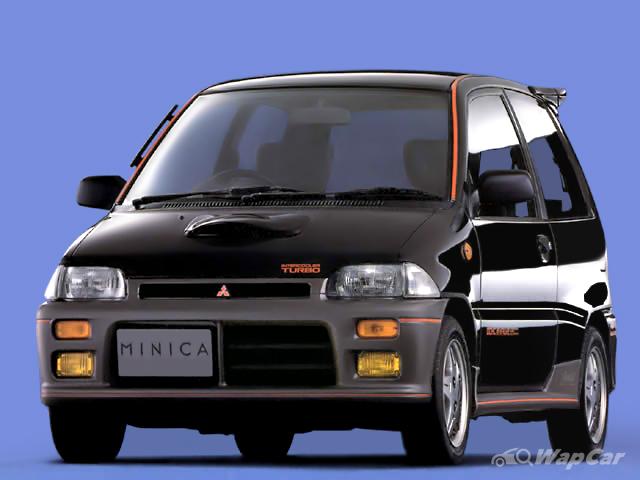 Pop quiz! What was the first mass-production car with 5 valves per cylinder? Answer: The Mitsubishi Minica Dangan ZZ. It’s just amazing the levels of engineering one can do when they have what looked like an unlimited budget. No wonder some Mitsubishi fans cry for its lost glory days.

While this period of time might not be repeated again, it’s a good thing to start appreciating what Mitsubishi had done to this Kei hot hatch. The Minica was Mitsubishi’s longest-running model which dated back to 1962. The Minica Dangan ZZ was originally launched as a commercial vehicle before it became a hot hatch.

The Minica Dangan came with either FWD or 4WD just like the Mira TR-XX and Alto Works. It might have a turbocharged engine but it still retained good fuel economy with reports of owners easily getting 19.1 km/l. 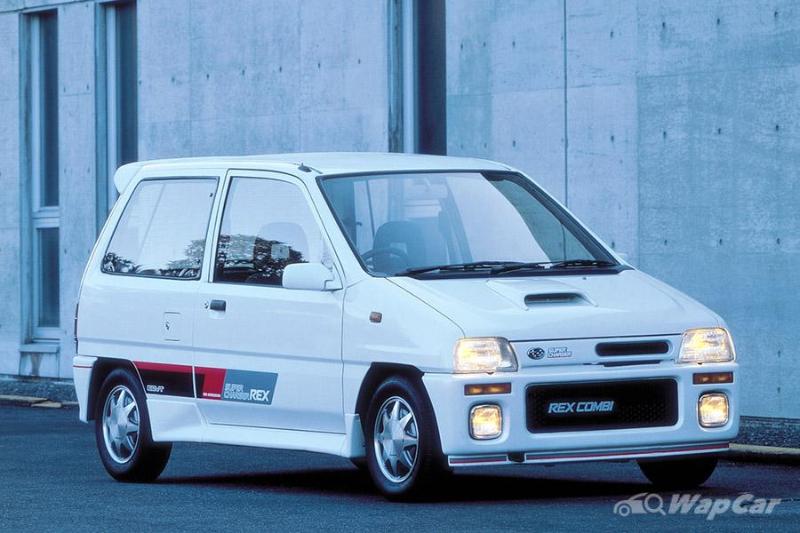 Rounding up our quartet of Kei hot hatches is this Subaru Kei car. The Rex had been around since 1972, replacing the R-2 and like early Subarus, the first-gen Rex was a quirky little car, being a rear-engined little Kei car.

But let’s not get too bogged down with the cool way the engine compartment is opened in the first-gen and fast forward to 1988 with the third-gen Rex VX. Unlike the rest, the Rex VX was supercharged and yes, it was available in AWD like most Subaru models.

Giving the Rex VX a supercharger meant that there would be no lag but apart from the supercharger, the little hot hatch was given a 4-cylinder 660 cc engine. Sadly, its performance wasn’t as great as the other 3 and as a result, the Rex VX wasn’t as well recognised.

So, those are 4 of the iconic Kei hot hatches from the Bubble Era. Which one among the 4 would you fancy the most?