This article was contributed by the former editor of Malaysian Evo magazine, Daniel Wong, who currently resides in Australia. You can find more of his off-beat articles on the motoring world at The Motor Muse. 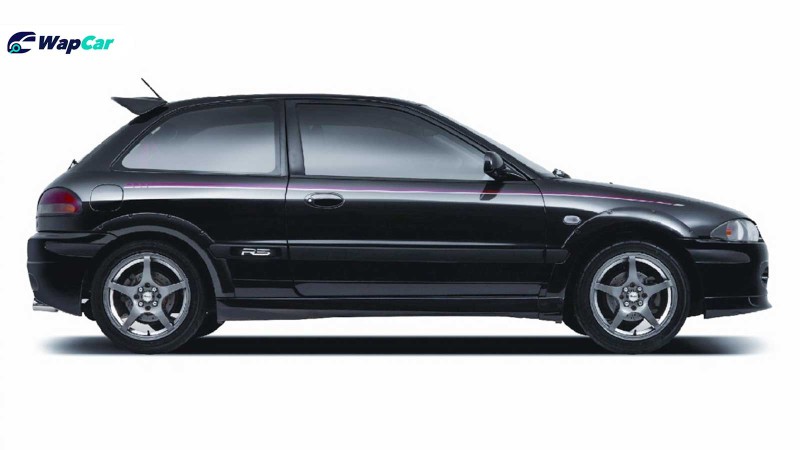 Dropping the word ‘Proton’ into any Malaysian car enthusiast discussion would be like dropping a fistful of lithium down the toilet. You will get one spectacular bang with a lot of flying filth, which nobody will want to clean after.

“Proton was good…”, “Proton was bad…”, one can argue till their faces turn blue and the cows come home, and nobody will be the wiser. However, there was a time when the divide wasn’t so great. 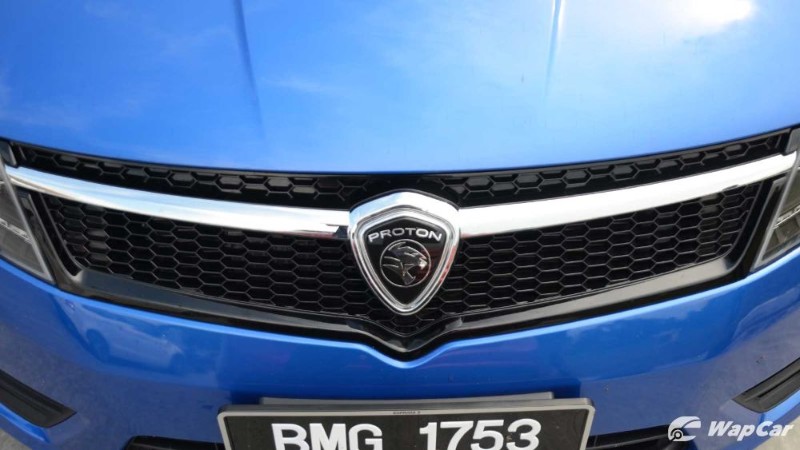 At the turn of the millennium, most Malaysians agreed that Proton was on the right road and destined for great things. Proton had acquired a big stake in Lotus in 1996 and put those tea-drinking wheeled-bathtub builders to work creating the 1998 Proton Satria GTi. And they were only getting started. 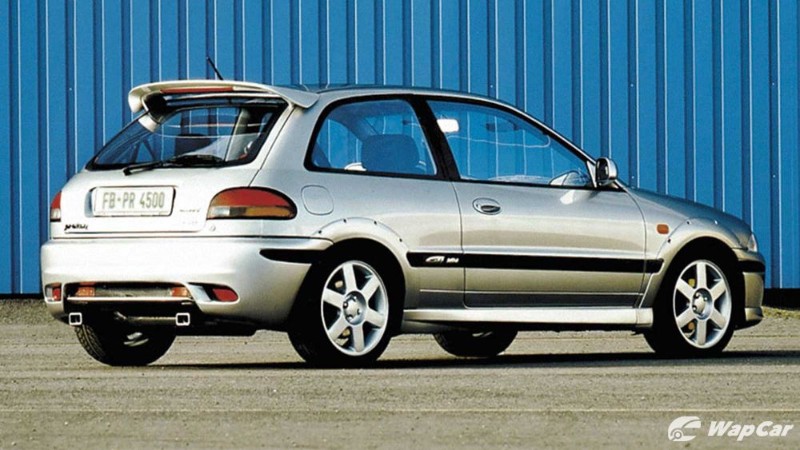 The following year, aspiring buyers were treated to the Proton Perdana V6. A year after that, Proton would step out of its well-worn role as a recycler of old Mitsubishis to create the Waja, the first in-house developed car. 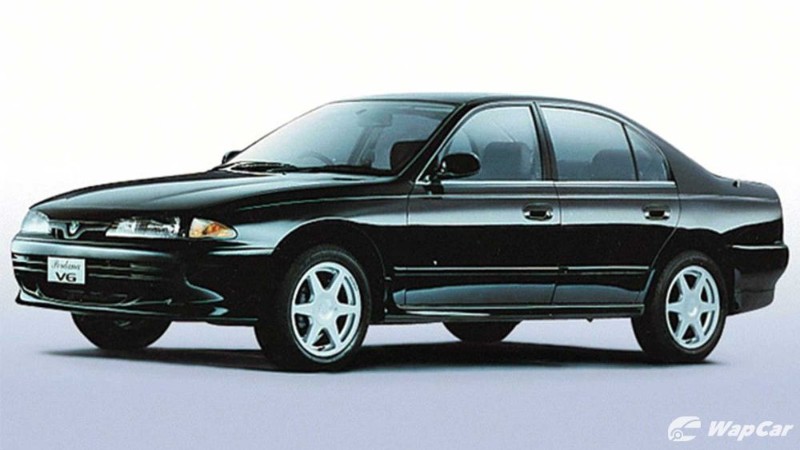 Things really were looking up for Malaysian motorists. It felt as though the industry was finally getting into gear and headed somewhere. Even Perodua got in on the action, producing the most universally loved Malaysian car, the Kelisa. But the party wasn’t over. 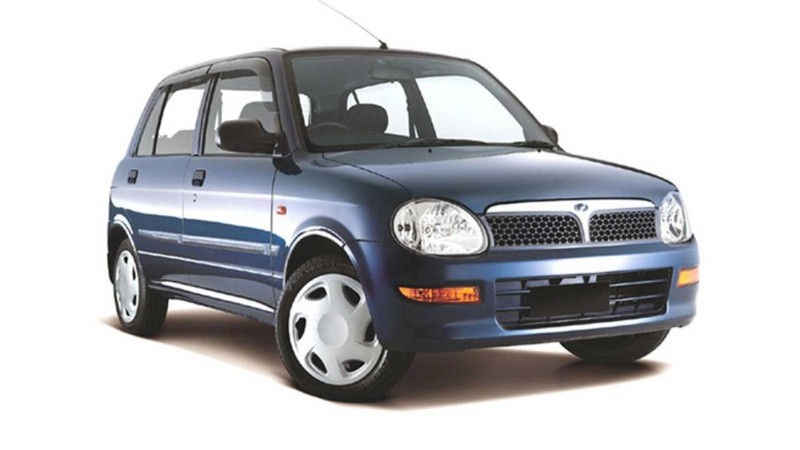 In 2004, with the Satria GTi established as an instant classic, Proton’s motorsports division, Race Rally Research (R3), decided that they could do one better with the limited-edition Proton Satria R3. Enthusiasts collectively held their breath. But not so much in anticipation. 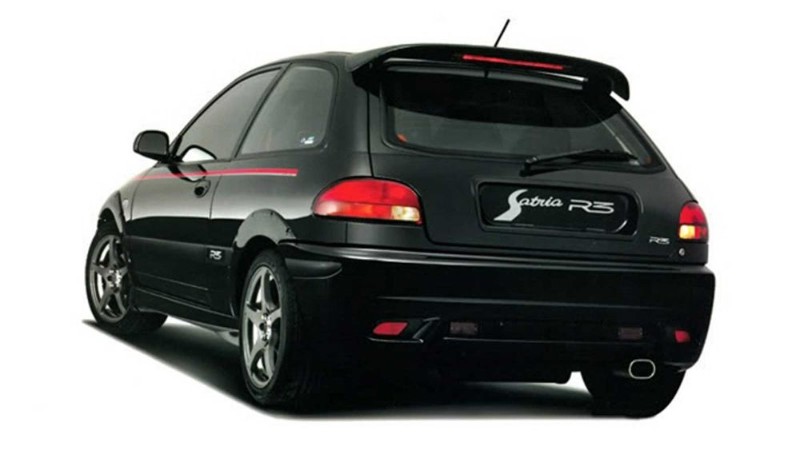 See, the early-2000s was also a strange time. The Malaysian car market was flush with a new generation of car buyers who were able to afford a car in their youth and cursed by the Fast and Furious/Initial D craze. When life imitates art, you will end up with a train wreck of bad taste and poor decisions. 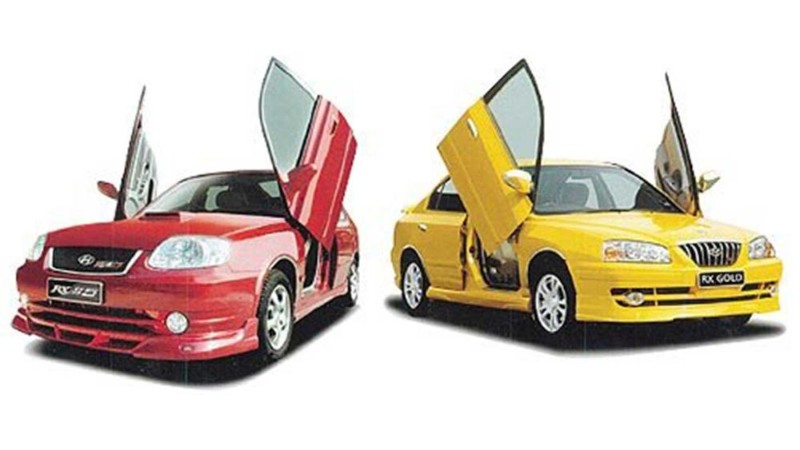 The less we talk about this, the better

It wasn’t long till car enthusiasts were associated with coloured hair individuals who would go out in the middle of the night to compare the size of their subwoofers, make a lot of noise, and end up becoming a statistic when the aftermarket bodykits of their cars came loose. 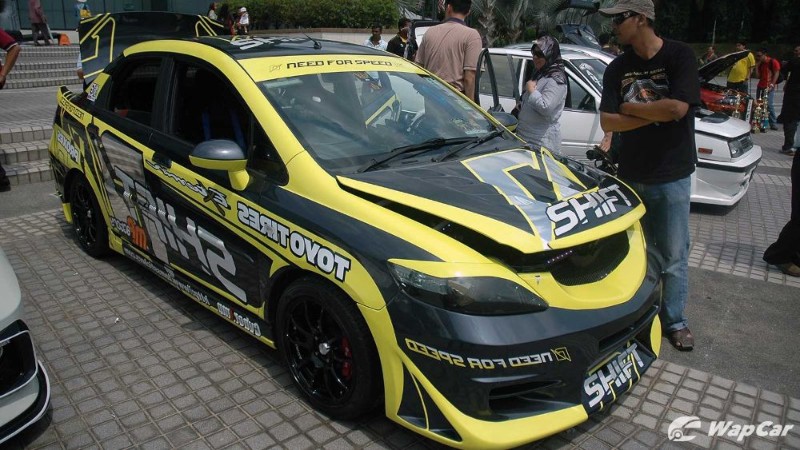 Proton too began showing some questionable product decisions. Some habitual glue sniffer in the design department tarnished the Proton Perdana’s elegance with an ill-fitting “Alfa Romeo” grille and “bling” rims in the 2003 facelift. 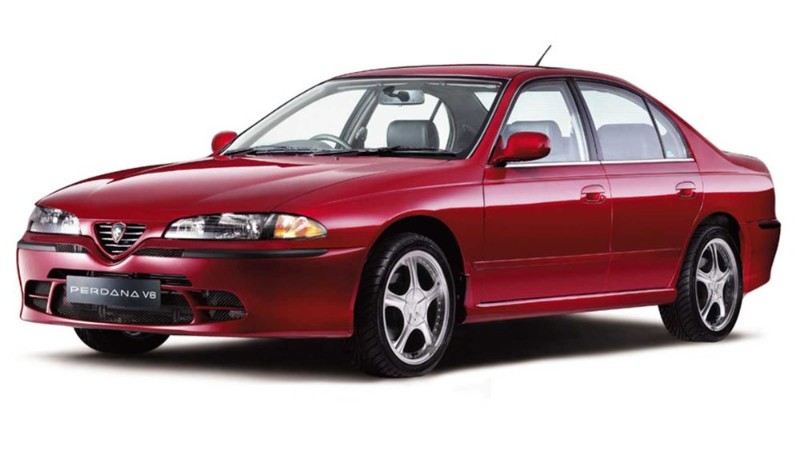 Then came the Saga LMST, a perfectly serviceable family car that Proton sought to ‘Improve’ with a bare “Lotus-inspired” cabin, no glovebox, droning drain-pipe exhaust, and all the likeability of a war crime. 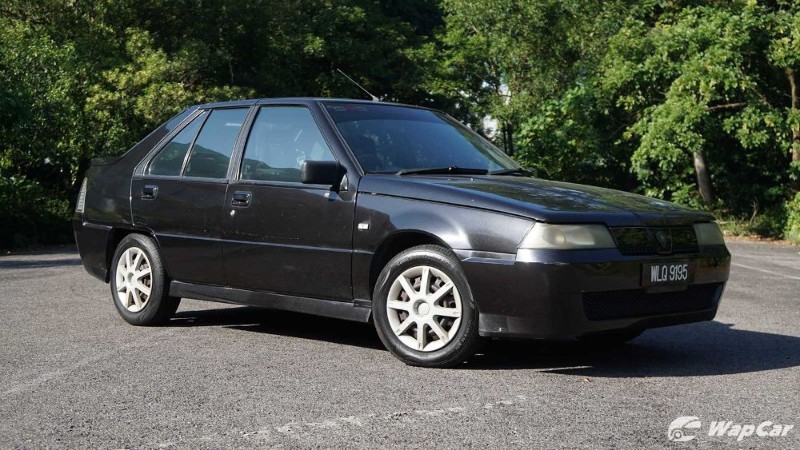 For all anyone knew the Satria R3 could have been a badge and bodykit job. All lights, plenty of noise, and as welcomed as a pounding headache. After all, what could these jungle folks operating out of a small warehouse in a stockyard do better than the high priesthood of handling? As it turns out. Quite a bit. 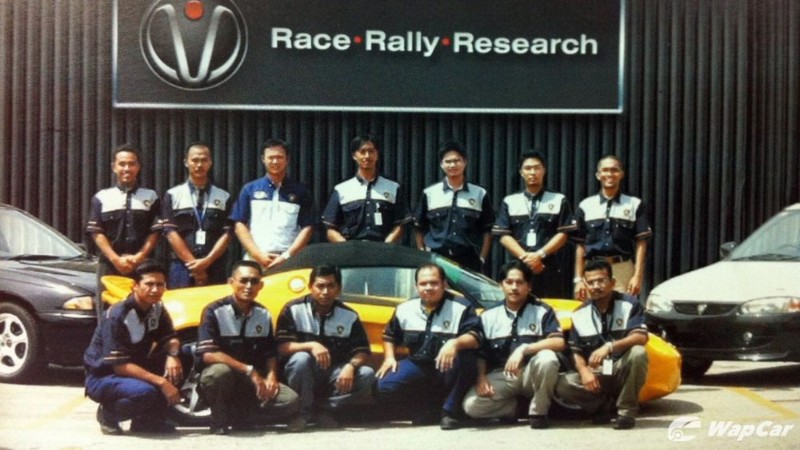 As detailed in our earlier tribute to the Proton Satria R3, the boys of R3 went through all the effort of hand-building each of the 150 examples from the chassis of the base Satria 1.3, rather than leaving it up to Proton’s "legendary consistency" in build quality. 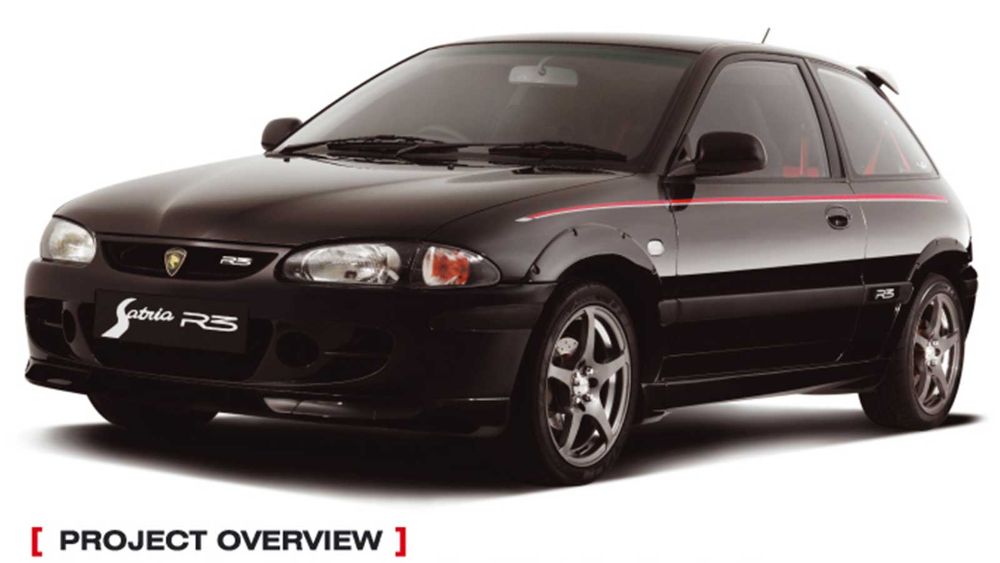 They double-welded the chassis to make it stiffer, left out the soundproofing and airbags to save weight, dropped in a tweaked Satria GTi drivetrain, and applied everything they learnt from competition. The R3 was essentially Malaysia’s very own Honda Civic EK9 Type R. 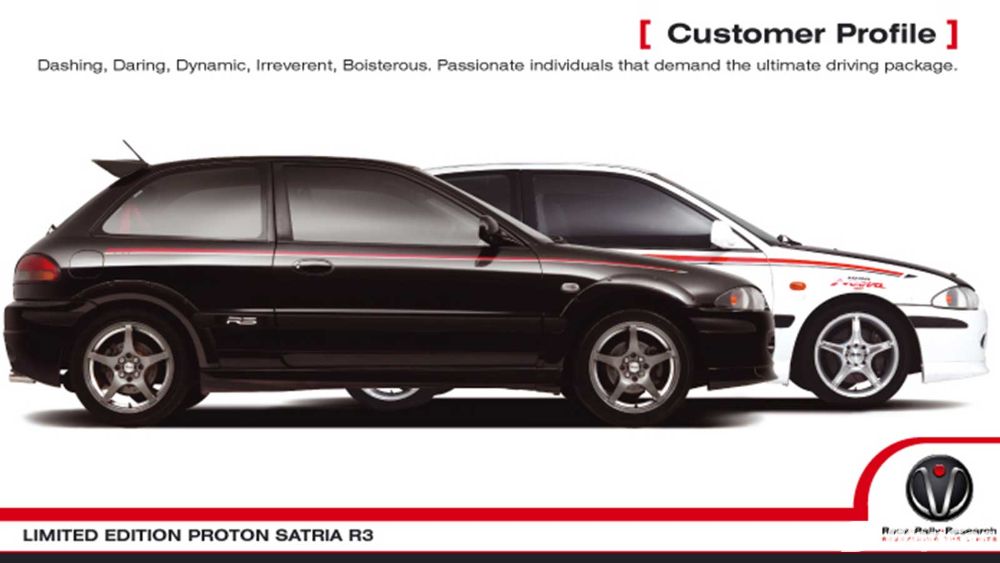 For a brief moment in 2004, Proton’s future burned bright, flushed with a new wave of optimism. Here was a car that showcased a genuine passion and talent for specialty cars. It wasn’t chasing short-lived trends or the bottom line. It was built by people who were not dictated by marketing, nor profit margins, but for the love of motorsports. 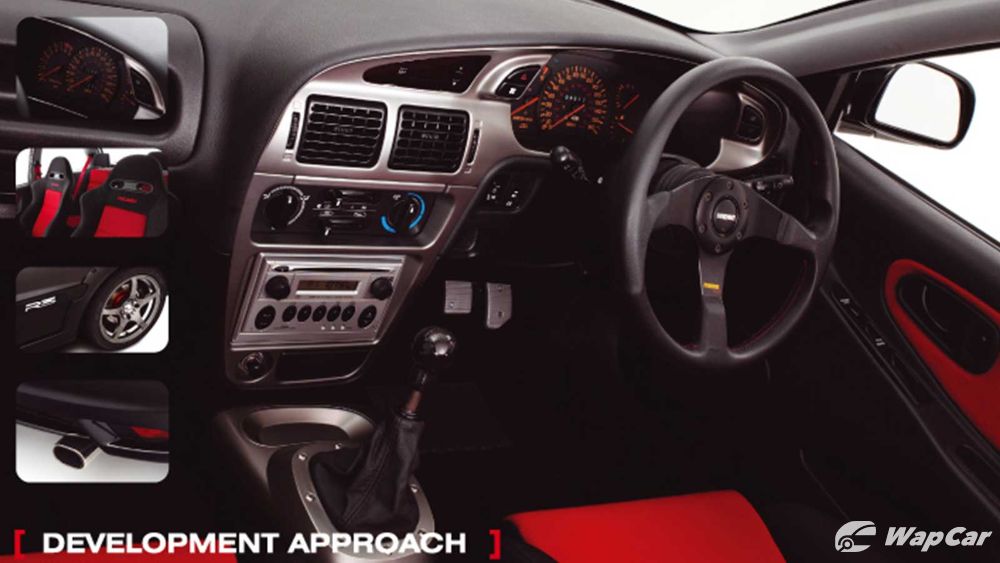 For driving enthusiasts, the Satria R3 was a high-water mark for Malaysian cars, probably the highest point in Proton's 37-year history. R3 would go on to make the incredibly rare Satria Neo R3 and the ridiculously expensive Satria Neo R3 Lotus Racing Edition. Though, despite the exclusivity and price, neither car could hold a candle to the original in its purity of design and intent. 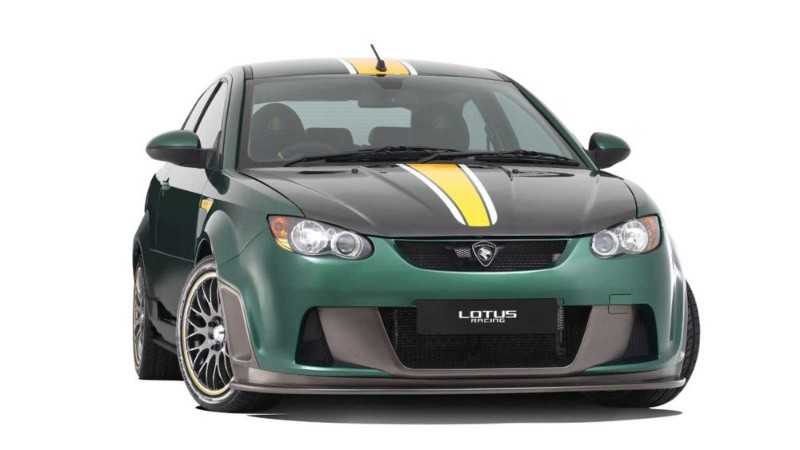 As Proton’s fortunes continued to deteriorate into the 2010s, R3 steadily shrank. Largely ignored by management unless there were some brand marketing activities to plan, plucky little outfit was eventually wound down and relegated to a racing outfit in 2017. 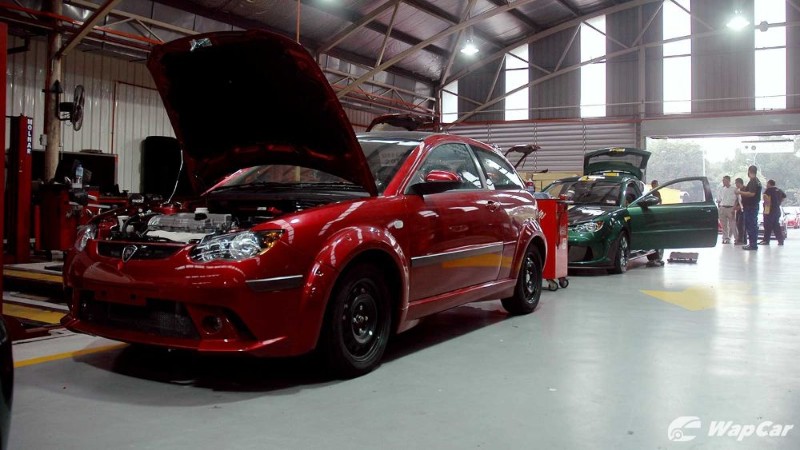 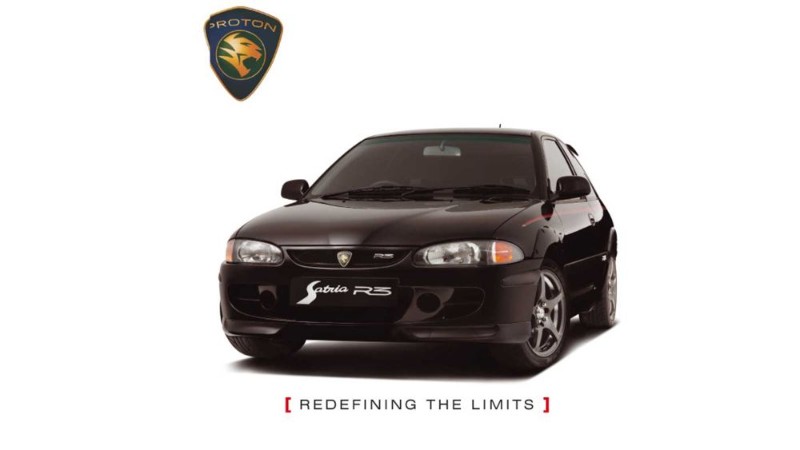 If you think about it, with only 150 built for the track, lightened and hardened, only available in one colour, the Proton Satria R3 was more than a special edition, it was ahead of its time.

Daniel has been on a bit of a hot hatch binge lately, drop by The Motor Muse to find out why he thinks the Mercedes-AMG A45 S might represent 'peak car'.