Home > News > How did this Perodua Myvi land on a fish stall?

How did this Perodua Myvi land on a fish stall? 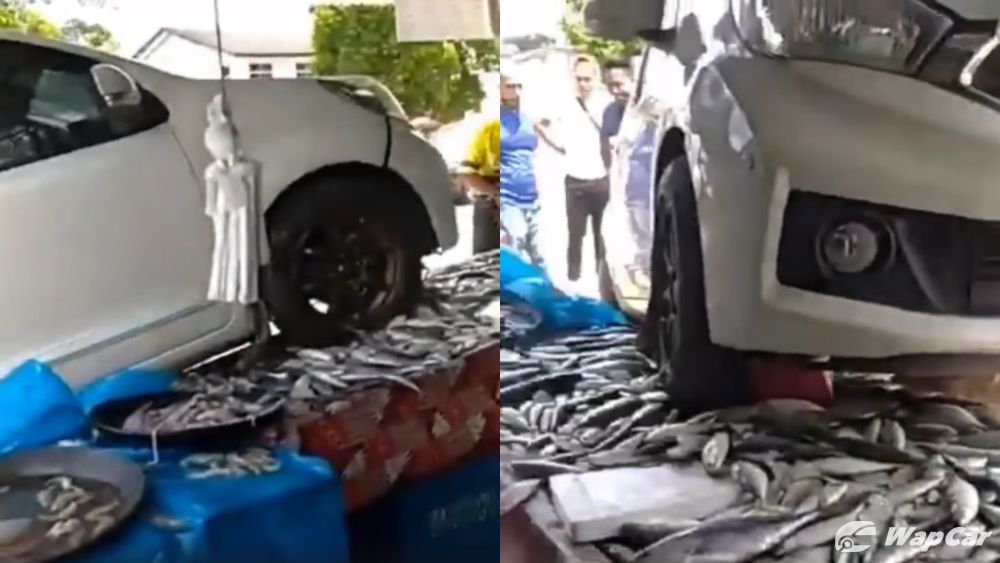 Images of a white Perodua Myvi sitting on a fish stall has gone viral on social media recently. The fish seller claims to have suffered RM 1,000 worth of damages though nobody was hurt in the incident that happened in Ketereh, Kota Bharu.

According to the owner of the fish stall, Zulkifli Ramli, 44, the white Myvi was driven by a 60-year-old woman who had mistakenly stepped on the throttle pedal instead of the brake, causing the car to shoot forward and land on top of the stall’s counter.

The owner was setting up his stall when he noticed the Myvi’s strange driving behaviour as it headed towards Melor. This was right before he watched in horror as the Myvi shot forward in a sudden burst of speed before hitting a rock on the ground that elevated the car’s landing.

While Zulkifli was glad that nobody was hurt in the incident, he had had to dispose of 60 kg worth of fish and squid that was damaged by the car’s tyres and leaking oil.

Zulkifli also told Harian Metro that the rock that caused the car’s elevated position has been in that particular position since he moved in and he felt grateful for having left it there as the rock has undoubtedly stopped the car from injuring him or his family.

No police report was made as Zulkifli and the car owner have come to an agreed settlement without the help of authorities.