While Malaysia was caught up in the hype of the Perodua Ativa’s launch last week, the international press was focused on the launch of the new Honda Legend hybrid, now with Honda Sensing Elite technology - the world’s first road legal Level 3 (L3) autonomous driving car.

Honda Sensing Elite is a step up from the current Honda Sensing, which in Malaysia, is fitted to the Honda Civic, CR-V, Accord, Odyssey, and later this month, the City RS (minus Low Speed Follow). 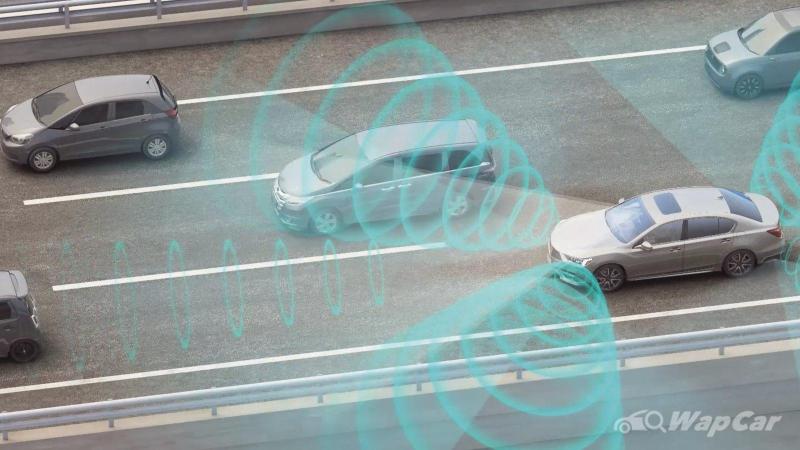 While Honda Sensing is merely an advanced driver assistance (ADAS) feature (the driver must always remain in control), Honda Sensing Elite allows the driver to, in certain driving conditions (50 km/h or less, single direction traffic with clearly marked lanes), sit back to read a book, watch a movie, work on a smartphone, while the car drives itself.

Should the system detect that driving condition is becoming too complex, the system will buzz the driver, who must resume control within 10 seconds, failing which the car will go into a safety mode where it will turn on the hazard lights, sound the horn, and steer to the side of the road and stop.

While Malaysian consumers are still talking about turbochargers, timing belts vs timing chains, the rest of the world is rapidly moving towards hybrid / battery electric-powered autonomous driving cars, a fancy term for hands-free, driverless cars.

Why move towards driverless cars?

There are 3 main reasons:

First is the issue of ageing population. Advances in medicine mean that people are now living longer, often on their own, and often in rural areas. Freedom of mobility is not available to many elderly folks. 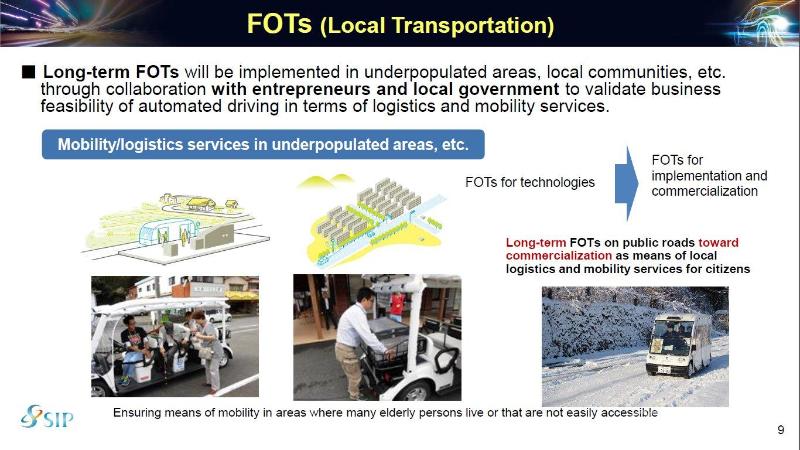 Secondly, insurers and governments have an incentive to get drivers off the road. The idiot behind the wheel is the biggest cause of road accidents, which costs the country a lot in lost productivity and healthcare subsidies.

Thirdly, it’s an inevitable natural path of technology. Once digitization of cars began, there is no stop to it.

Someone, somewhere, will eventually figure out a way to make money by putting advanced image processing and proximity sensing hardware into cars. If Honda doesn’t do it, Google and Apple, or some Chinese startup will. So car makers have no choice but to speed along this path.

Honda’s Sensing Elite is a major milestone because once again, it proved that Honda could achieve what others say can’t be done.

In 1973, Honda’s clean emission CVCC engine was the biggest innovation of that time but America’s GM dismissed it, saying that it worked for Honda because they only made small engines.

Founder Soichiro Honda heard about the snarky comment, imported a 5.7-litre V8 Chevy Impala into Japan, had his engineers built and installed a CVCC head for the V8 engine, shipped it back to the US government’s EPA lab for testing, which it of course passed. 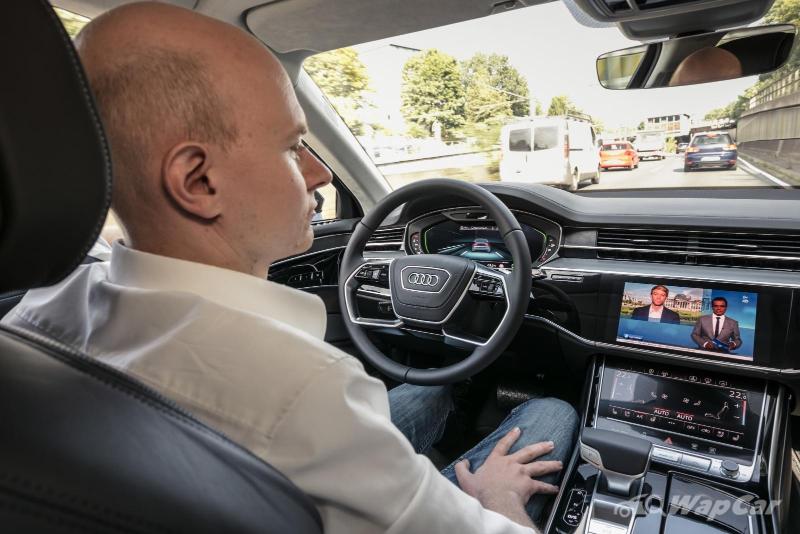 Audi had in August 2017 announced that it had developed a L3 autonomous driving-capable Audi A8, calling it a world's first. 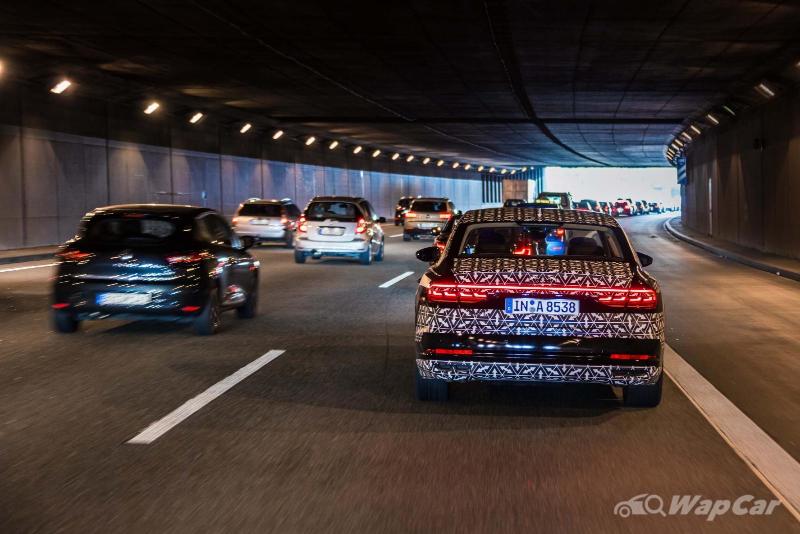 The Audi AI Traffic Jam Pilot Assist feature was the hare that sprinted off the line early. Honda was the tortoise, with nothing to show yet. 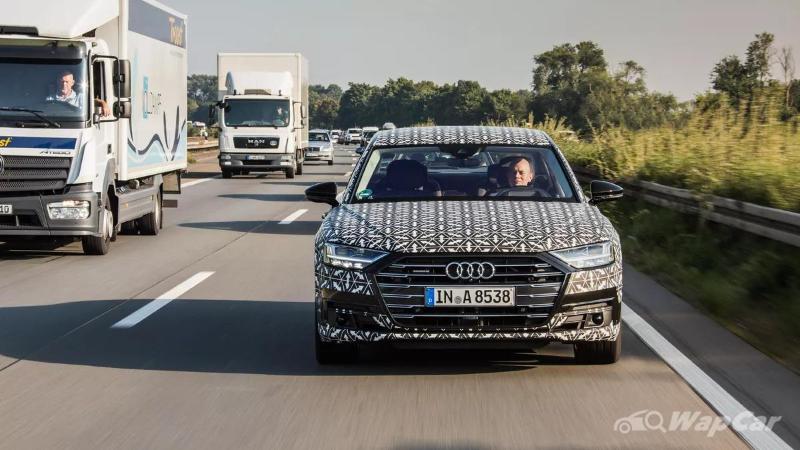 However, Audi soon ran into regulatory issues - who is responsible when an accident happens? Audi or the driver? The German government wouldn’t approve the feature.

Audi's way of solving the problem was typically Western - sending its combative legal team in.

The approach is typically German, very logical but completely ignores the human element. To Audi, the technology is ready so it's not a technical issue. This is a legal issue so it's a job for the lawyers to solve.

The European Automobile Manufacturers Association (ACEA), which Audi is part of, also criticized the United Nation's WP.29 group, also known as the UNECE World Forum for Harmonization of Vehicle Regulations -  the UN body responsible for drafting international standards for road traffic regulations – for being slow in ammending regulations to accomodate L3.

By April 2020, Audi said it had given up on the technology, which was never offered in any production Audi.

So how did Honda Sensing Elite succeed when Audi failed? The brief answer is that Audi approached the subject like a group of engineers tackling a technical problem, while Honda approached it from the mindset of “To be a company that society wants to exist,” to solve society's problems.

Honda’s automobile R&D centre is in Tochigi, a relatively rural area, with many elderly people. It gets very cold in winter and even with public transportation, it’s very difficult for the elderly to move around, especially those who are too old to drive.

Providing equal access to mobility for everyone including the elderly, the “safety of everyone” philosophy was what motivated Yoichi Sugimoto, the executive chief engineer responsible for Honda Sensing Elite.

Where Audi gave up upon reaching the government’s roadblock, Honda approached the Japanese government by pitching Sensing Elite as a solution to improve mobility and care for the elderly - a hot issue in Japan.

Beyond Japan, Honda also worked with the UN's WP.29 group, which Audi and other German car makers criticized, to draft regulations for L3 autonomous cars.

Why Audi wasn’t working closer with the German government is something we will never know.

As Honda Sensing Elite is the first world’s first road legal L3 autonomous driving feature, it will be used as the reference standard for the UNECE (United Nations Economic Comisssion for Europe).

All future L3 features from other manufacturers seeking international UNECE type approval (homologation) will be referenced against the precision, safety, and reliability standards set by Honda Sensing Elite. 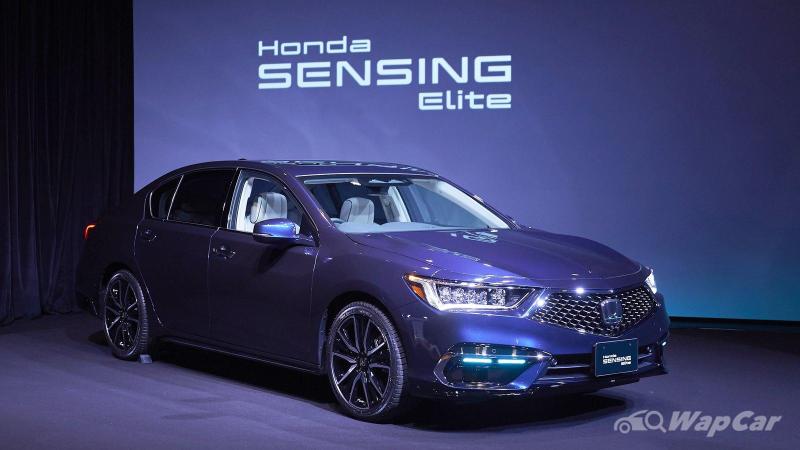 Prior to launching Honda Sensing Elite, Sugimoto’s team had conducted over 1.3 million kilometers of real-world testing, and simulated another 10 million possible real-world scenarios.

Still, Honda is being cautious. The challenge of pushing of autonomous driving cars is less about technology, but dealing with grey regulatory areas. 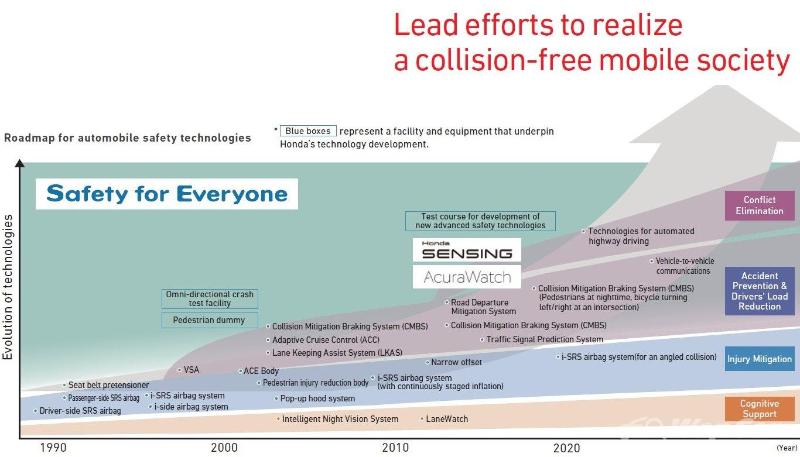 The Japanese government has amended its local traffic laws to allow for L3 autonomous cars but it’s still a grey area.

Honda is limiting Honda Sensing Elite only to 100 units of the Honda Legend, and only for leasing. 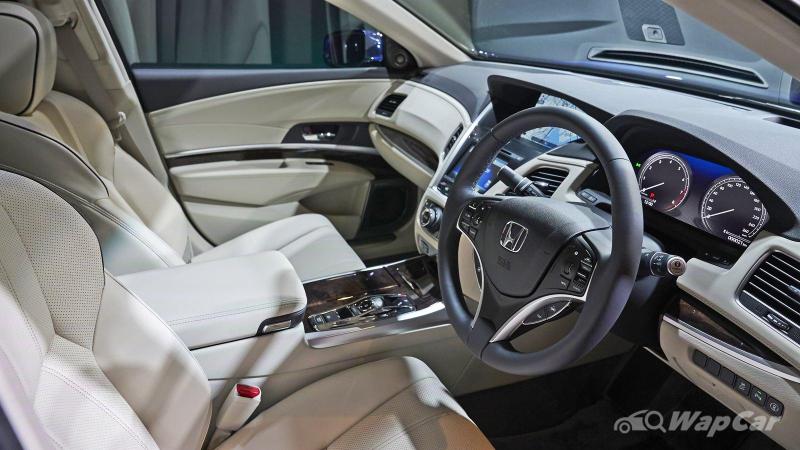 This way, Honda is able to ensure that the cars are properly maintained, and it could fine-tune the feature further with the data collected from these 100 cars.

The Sensing Elite’s L3 feature is also limited only to 50 km/h, 10 km/h less than the limit set by UNECE. 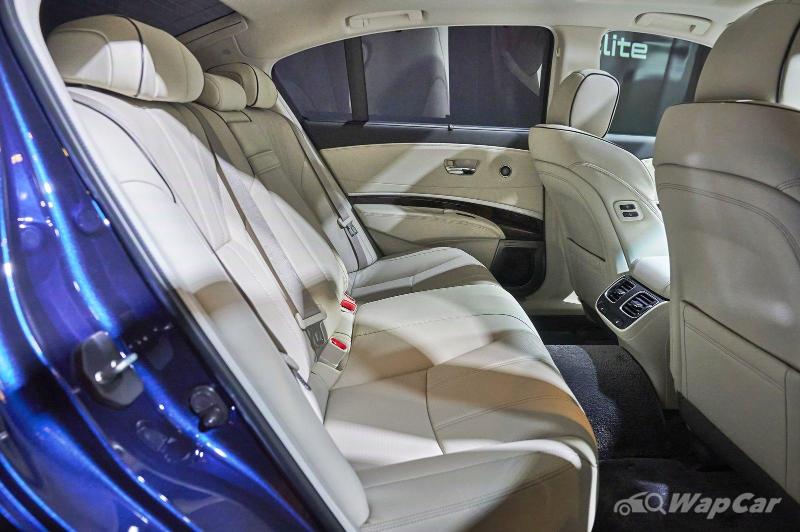 Learning from past mistakes with Uni-Cub

By being the first, Honda is actually taking quite a bit of risk with its Honda Sensing Elite. But the company is going ahead anyway because of the expensive lesson learnt from the failure of the Uni-Cub.

The Uni-cub was supposed to be a personal mobility device for megacities. First introduced in 2012, Honda was a leader in this area but lost it all almost overnight to Chinese players offering cheap e-scooters and e-unicycles. 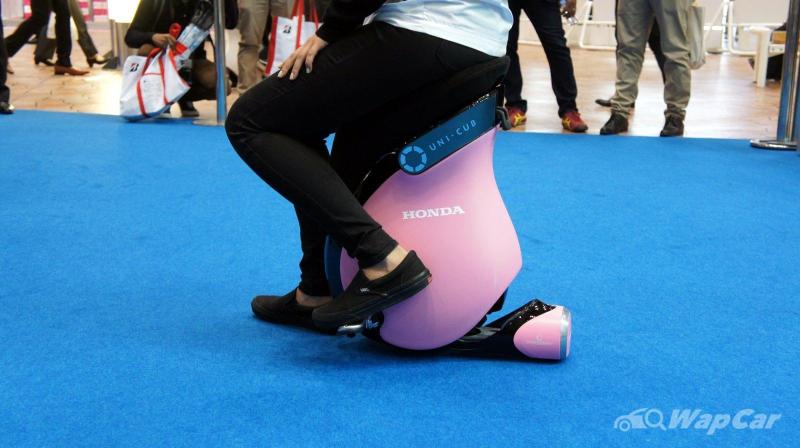 The reason? Honda was too cautious, fearing liability issues should accidents occur, which many did.

The overly cautious approach wiped out Honda’s early starter advantage and the entire project was written off.

This time around, Honda is forging ahead, albeit cautiously.

Tech can be bought, but knowledge requires effort

Another reason why Audi gave up so fast is because Audi has become increasingly reliant on its suppliers, and along the way lost much of the tenacity required from innovators.

Audi’s R&D unit now works more like an integrator of third-party developed systems rather than a genuine source of innovation. Audi finds it cheaper and faster to buy tech from smaller specialists. 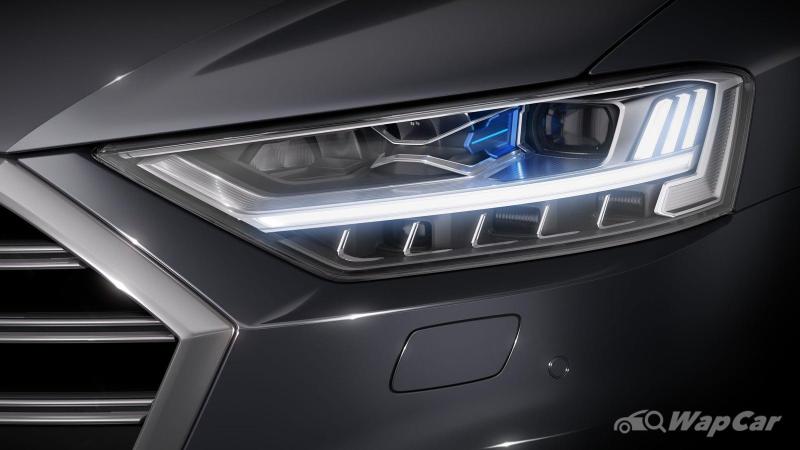 The last one and a half decade of Audi was characterized only by Matrix LED headlamps and laser lights, both of which are purchased from Hella anyway, while Virtual Cockpit is purchased from the likes of Visteon, Bosch, and Continental.

Audi’s latest e-tron range is fine but what is it offering that Tesla can’t? The results are starting to show. In the US, Tesla now outsells Audi. 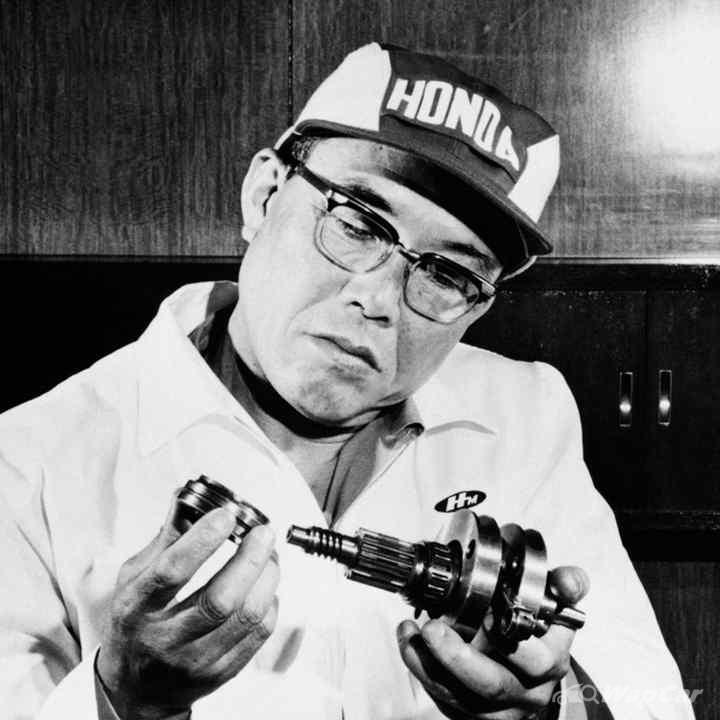 Honda on the other hand, still maintains the late Soichiro Honda’s philosophy of building things with your own hands.

Honda is one of the few companies in the world that builds its own machines and tools used in its own plants. The only other car company to do this (at a large scale) is Hyundai.

Its subsidiary Honda Engineering Co., Ltd. and the Monozukuri Center are not involved in cars, but robotics and manufacturing techniques / tools.

This mindset of not taking the easy way out, making effort to acquire knowledge is also why Honda has stronger willpower to stay on course.

Yoji Sasabuchi, an engineer at Honda R&D’s Automobile R&D Center who developed the controls for the CMBS function for Honda Sensing once said, “World-first or world-leading technologies aren’t built on something you go out and buy. They’re something you make yourself.”

An achievement by Honda, supported by Toyota

The development of Honda Sensing Elite is supported by a Japanese government’s multi-ministry initiative, the Strategic Innovation Promotion Program (SIP). 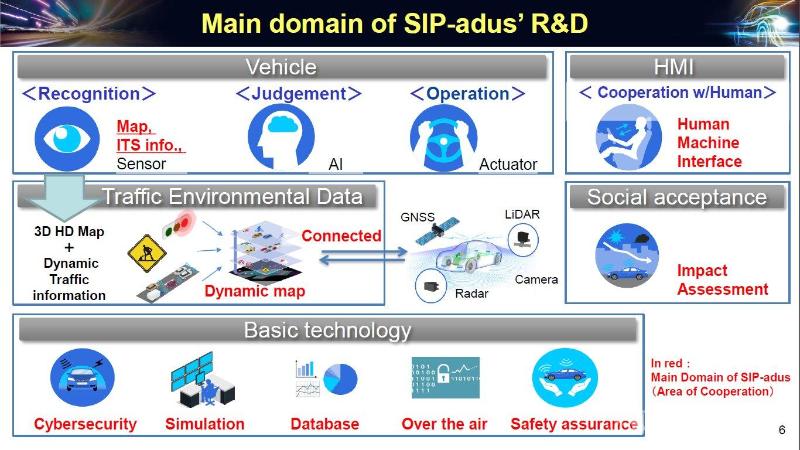 Parked under SIP is the Automated Driving for Universal Services (SIP-adus) project, which curiously, is guided by Toyota. 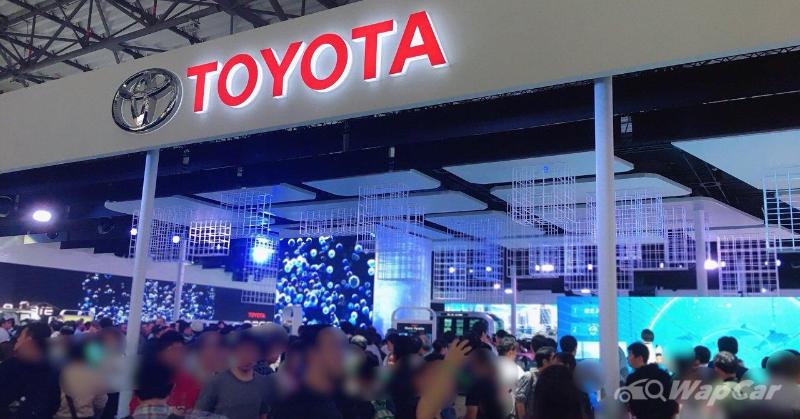 Kuzumaki has a master’s degree in aeronautical engineering, so he is rather overqualified to work with cars. 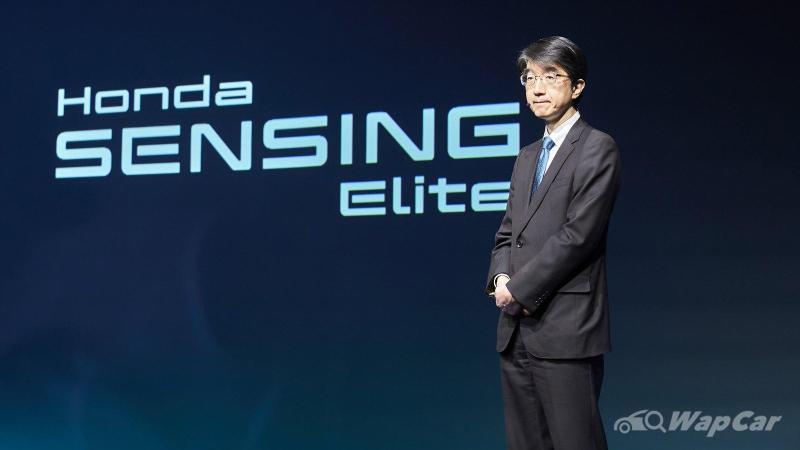 This is yet another reflection of the unique duality of Japanese automotive industry players’ psyche – Toyota and Honda are fierce rivals in the market place, but at the same time they are able pursue common goals for the benefit of their country. 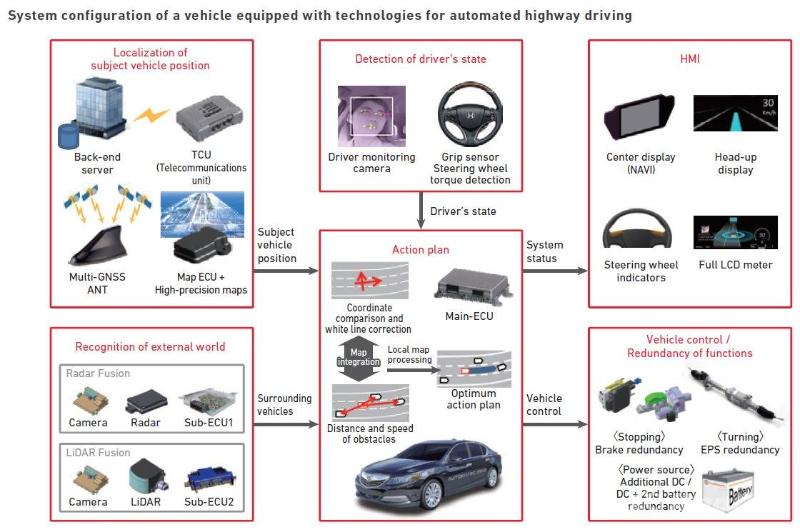 As Japan’s strongest car company, Toyota is obligated to take lead in challenges that other companies might not have the financial muscle or political clout to push through.

On its own, Honda wouldn't have been able to obtain support from Japanese government and the United Nations' WP.29 working group to amend road traffic regulations.

The 1964 Tokyo Olympics saw the opening of first Shinkansen ‘bullet’ train – then the world’s fastest - and the Meishin Expressway, Japan’s first highway.

The 2020 Tokyo Olympics was supposed to be a repeat of that triumphant showcase, that Japan is still relevant, amidst competition from China and Korea.

The Tokyo Olympics’ Bay Area region was supposed to be used as a demonstration of clean fuel cell hydrogen electric vehicles and driverless cars.

Toyota, as title sponsor, was supposed to unveil a raft of future mobility solutions including fuel cell hydrogen electric-powered buses.

Honda was working towards that same goal of unveiling Honda Sensing Elite during the Tokyo Olympics but of course, we all know what happened with Covid-19.

Don’t count Audi out just yet. New CEO Markus Duesmann is a man on a mission. To fire up Audi from its slumber, Duesmann has setup a separate, independent ‘Project Artemis’ unit to focus on electric and autonomous driving cars.

Freed from the shackles of the sprawling Volkswagen Group’s bureaucratic nonsense, Artemis will be headed by ex-Toyota Motorsport and Red Bull F1 chief engineer Alex Hitzinger.

Hitzinger will report directly to Duesmann. “In the medium term, I expect ‘Artemis’ to provide a blueprint for a fast and agile development process at the Group, as agile as in a racing team,” said Duesmann at the Project Artemis’ launch in May 2020.

Hopefully, the four rings will return to form and live up to its 'Vorsprung durch Technik' tagline.