HomeNewsHyundai has 10 SUVs on sale globally and 3 of them are in the same segment, here’s a guide Hyundai has 10 SUVs on sale globally and 3 of them are in the same segment, here’s a guide 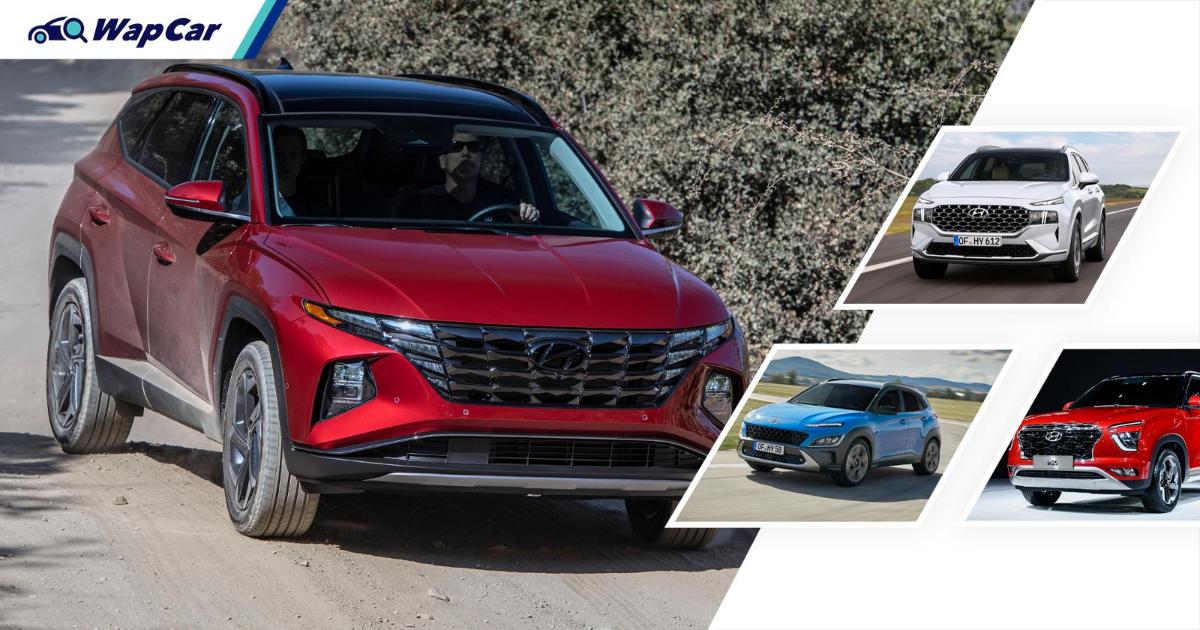 We talked about Kia’s SUV line-up last week, so let’s take a look at the SUVs from their parent company, Hyundai this week. Like Kia, Hyundai too has plenty of SUVs on offer worldwide, 3 of which are brand new models introduced less than a year ago.

At a glance, the Hyundai SUV lineup is not as complicated as its sister company’s list of cars. Although with 3 B-segment SUVs on sale, it might leave one scratching their heads on why they need so many B-segment choices.

But here’s a rundown of which model was developed for what purpose.

Also read: Kia has more than 10 SUVs on sale! Here's a quick overview 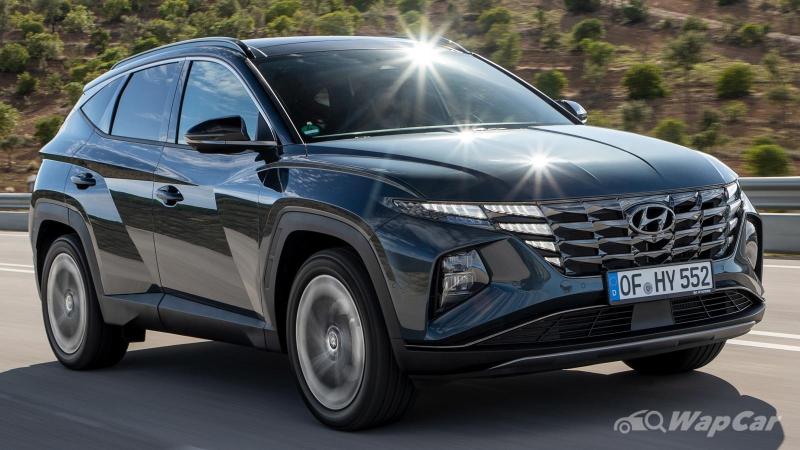 Arguably, the Tucson is the company’s most popular SUV to date. Now in its fifth generation, the Tucson is the first of Hyundai’s SUVs to feature the unique headlight design and the chiselled look first featured on the eight-generation Hyundai Sonata.

The all-new generation made its debut just last year and it is still currently making its way around the world. 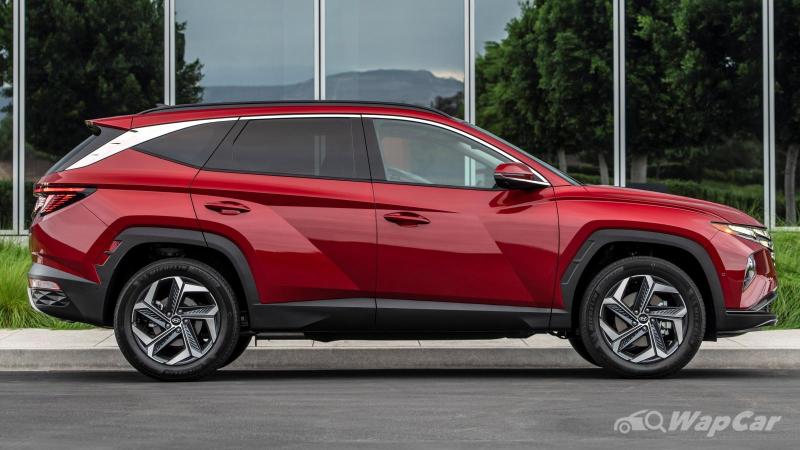 Unlike the previous generations, Hyundai has introduced 2 wheelbase measurements for the Tucson. The longer wheelbase measures 85 mm longer at 2,755 mm and is sold only in the USA and China at the time of writing. The long wheelbase will make its debut in Korea soon.

Though it has a longer wheelbase, the Tucson is still a 5-seater only and from the way Hyundai put it, they don’t plan to convert the Tucson into a 7-seater anytime soon. 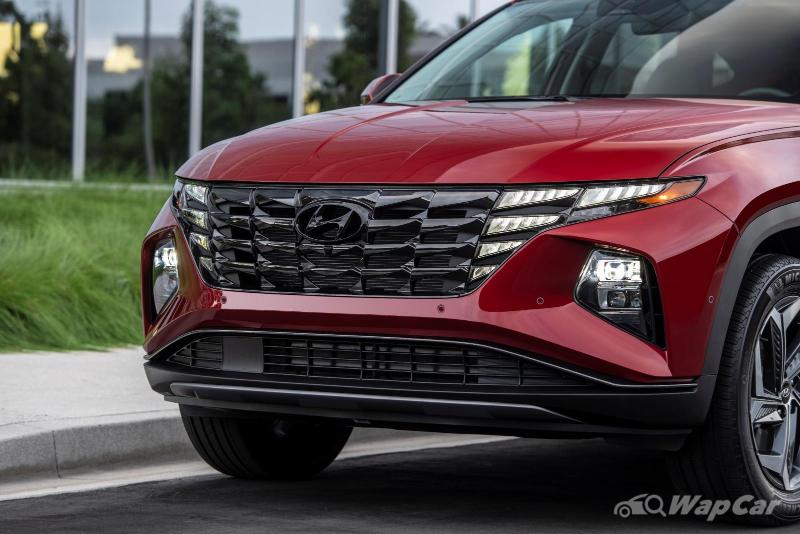 Since last year, Hyundai Sime Darby Motors (HSDM) has discontinued sales of the fourth-generation Tucson in our country. We’re guessing that it is just a matter of time before the all-new generation would make it to our shores. 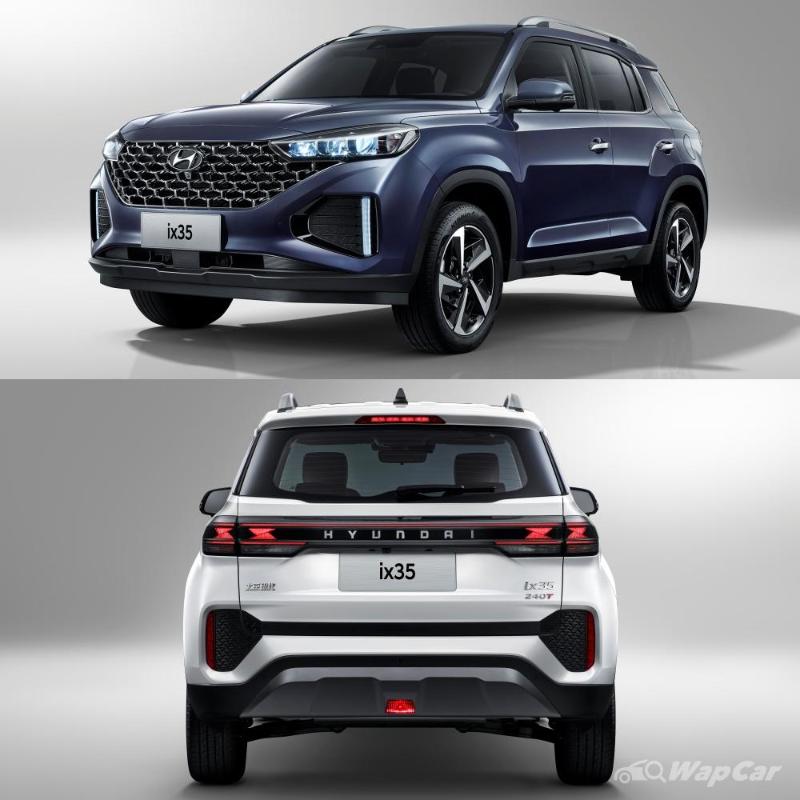 Technically, this is not a Hyundai Tucson, at least not anymore. Back when the Tucson was first introduced in China, Beijing Hyundai, Hyundai’s joint-venture company in China, sold the ix35 as the more affordable and cheaper version next to the international second-generation Tucson.

Since the introduction of the third-generation Tucson, the ix35 has evolved to become a standalone model of its own as the model continued to rake in good sales in China. Beijing Hyundai even introduced an update for the ix35 in 2020 due to how popular it is. 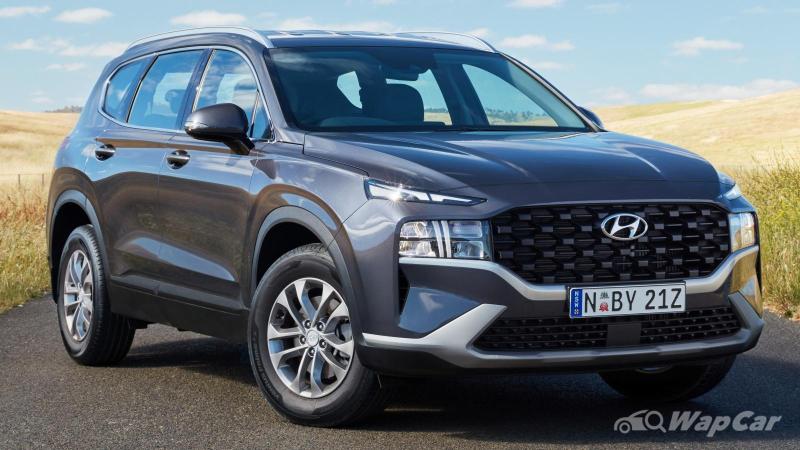 Unlike its corporate cousin, the Kia Sorento, the Santa Fe did not start off with a hit. It wasn’t until the second generation did the SUV started becoming a household name globally.

Last year, Hyundai made headlines for the new Thor hammer daytime running light look on the facelifted Santa Fe. And that’s not the only thing that has changed on the facelift, the new SUV now sports a radically different look. 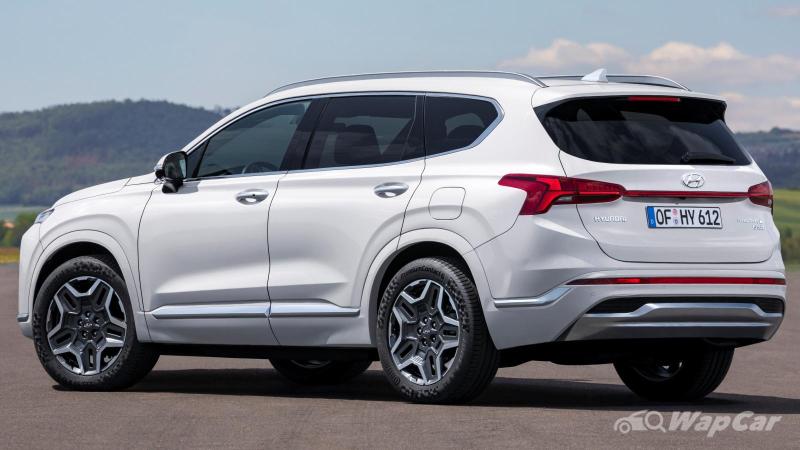 Hyundai claims that they have basically redesigned the car from the ground up to fit the new string of eco-friendly engine options they had planned for the SUV.

The Santa Fe is known as the Shengda in China, a play of the SUV’s international name “Santa”. Though the Shengda is basically the fourth-generation (current) Santa Fe, the SUV comes with design differences from the international version. 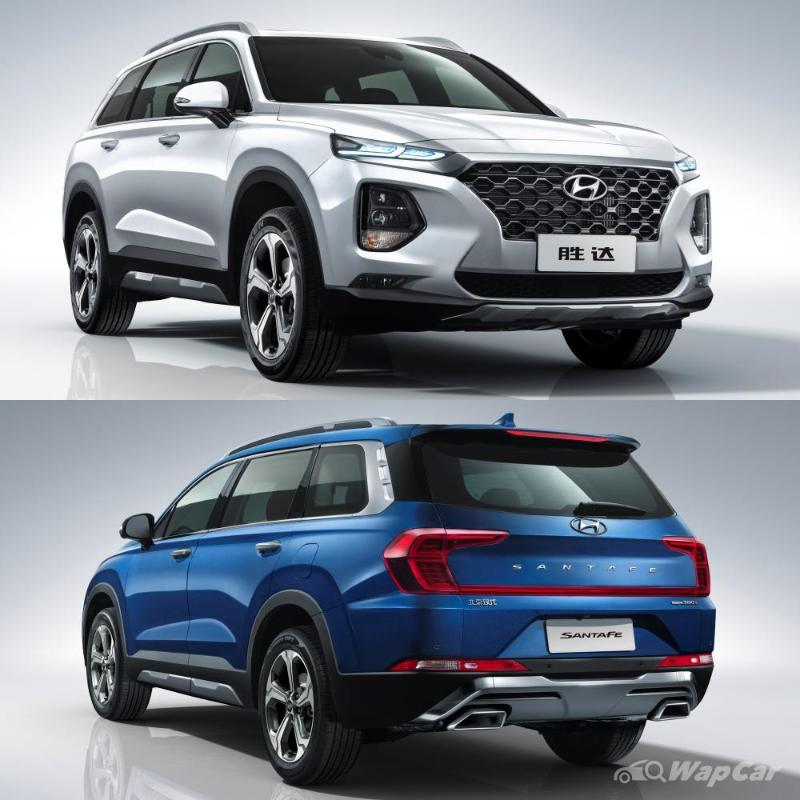 While the front end is similar to the international pre-facelift Santa Fe, the rear end bears more resemblance with the new eight-generation Sonata instead.

Other than that, the Shengda also measures 160 mm longer overall than the international version. The wheelbase is also longer by 100 mm. 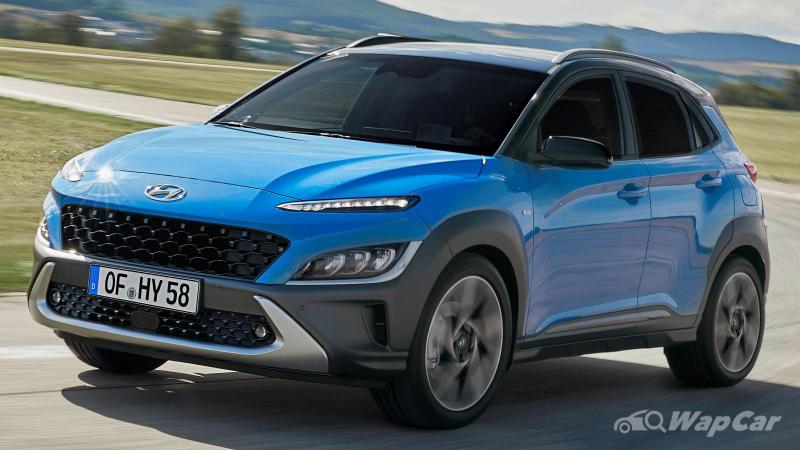 The latest addition to the Malaysian Hyundai line-up is the B-segment Kona. HSDM even introduced the facelift earlier this year. The Kona was originally penned with developed countries in mind while emerging markets settle with another B-segment model. 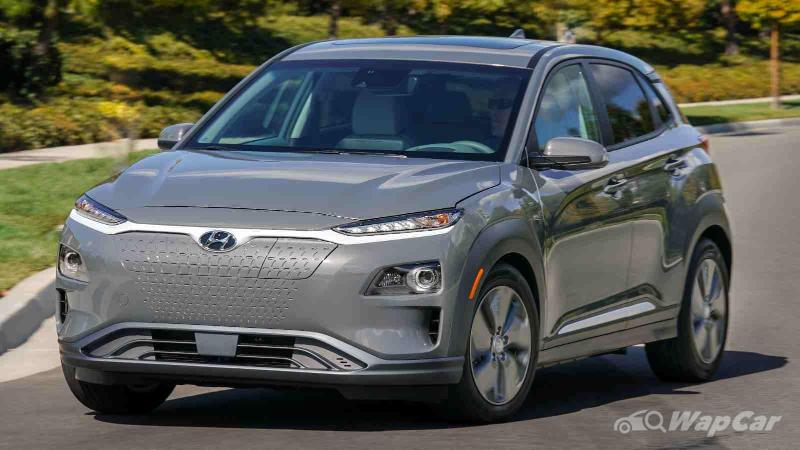 Unlike the other SUVs on this list, the Kona is the only SUV that comes offered as an electric vehicle as well. The Kona EV is quite a hit in the European market as well as in China where it is known as the Encino EV.

While it is a popular EV in other countries, the Kona EV has been experiencing dwindling sales in Korea, leading Hyundai to discontinue sales of the EV. 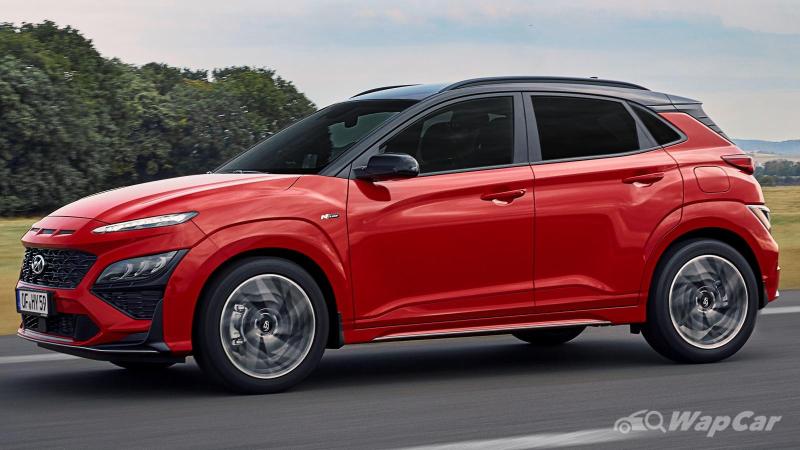 The Kona is also the only SUV in Hyundai's line-up to get the N-treatment. In case you didn’t know, Hyundai’s N Division is very much like BMW’s M Division that rolls out the most powerful versions of a model. 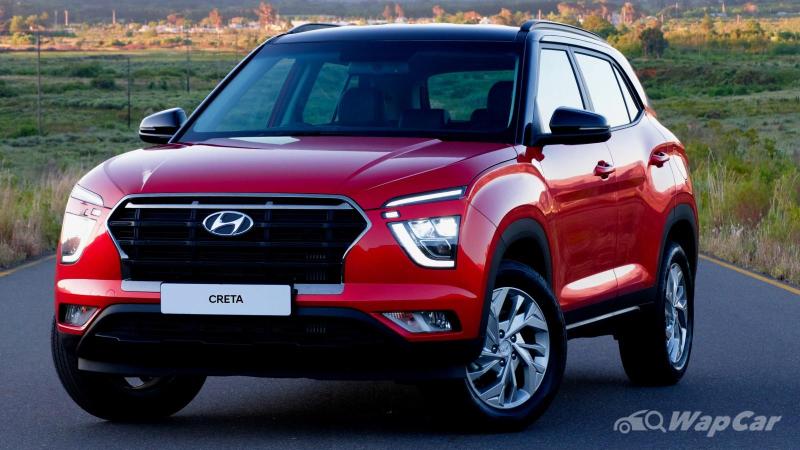 The Creta is yet another B-segment SUV in Hyundai’s SUV line-up. The SUV was originally developed for emerging markets, so the Creta is only sold in markets where the Kona is not available in.

Developed with India in mind, the Creta was originally a workhorse before Hyundai saw fit to add modern features when they launched the second-generation.

Although the Creta is basically sitting in the same segment as the Kona, the Creta measures at least 100 mm longer than the latter.

The Creta is known as the ix25 in China. Interesting fact, when Hyundai first penned the Creta, the country they were focussing on was India, however, when it came to updating the SUV, the facelift was first introduced in China before it made its way around the world except India.

Unlike the Santa Fe, the ix25 in China completely mirrors the offerings on the international version of the Creta. No confusing specifications and dimensions here. 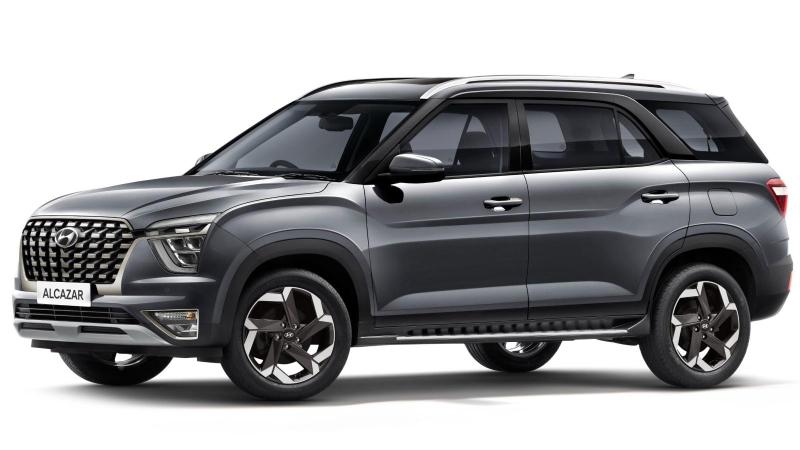 Known as a long-wheelbase, 7-seater Creta before it was launched, Hyundai surprised the world when they introduced the Alcazar as a standalone model of its own.

Also introduced in April, the Alcazar is currently only on sale in India at the time of writing, but we’re sure the SUV will also make its debut in the ASEAN countries as it will be assembled at Hyundai’s new plant in Indonesia as well. 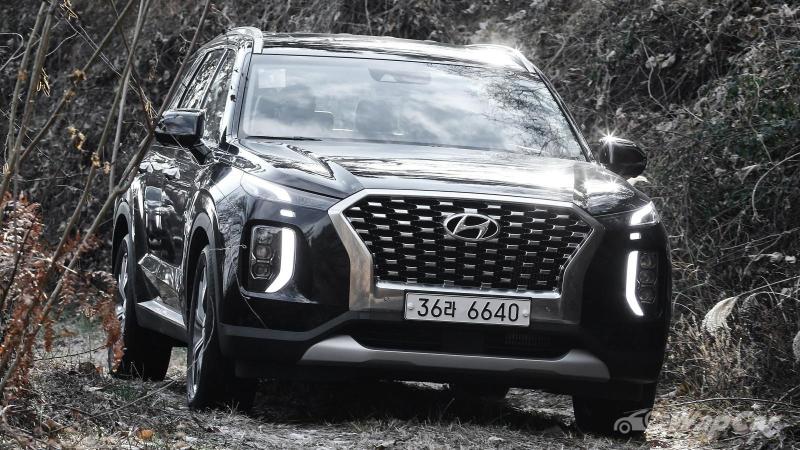 On to less popular models, the Hyundai Palisade is the largest SUV that Hyundai has on offer worldwide. 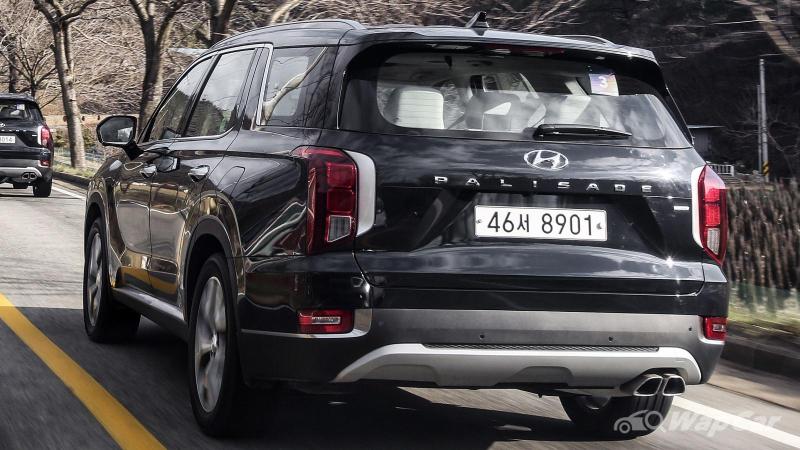 Interestingly, while the Palisade shares the same platform and engine with its corporate cousin, the Kia Telluride, the Palisade is 20 mm short of reaching the 5-metre SUV category.

Also read: Launching in Malaysia soon: 20 pics why the Hyundai Palisade is prettier than the Mazda CX-9 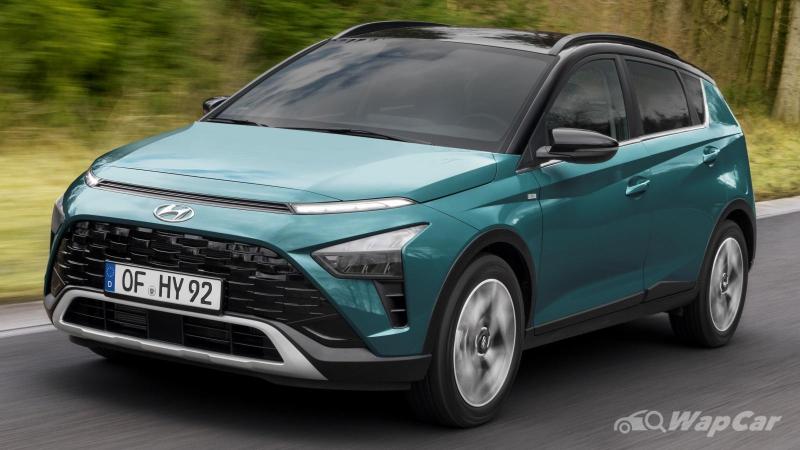 The Hyundai Bayon is yet another B-segment SUV in Hyundai’s SUV stable. Launched only this year, the Bayon slots below the Kona and is only on sale in Europe for now.

Based on the spec list, the Bayon is Hyundai’s competitor in the European small SUV market where the Renault Captur dominates. The little SUV measures 4,180 x 1,775 x 1,490 mm in terms of length, width, and height with a wheelbase of 2,580.

Also read: The Hyundai Bayon is a Kona designed by ex-Lambo designer 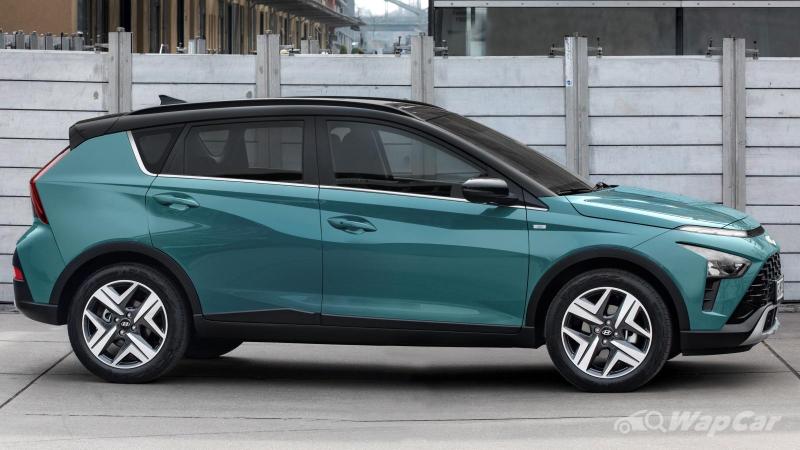 We know, it’s not that much smaller than the Kona as you can see from the comparison table below.

But based on the Bayon’s length that is closer to the highly popular Captur’s 4,122 mm measurement, we conclude that Hyundai launched the Bayon to bite into the Captur’s market. 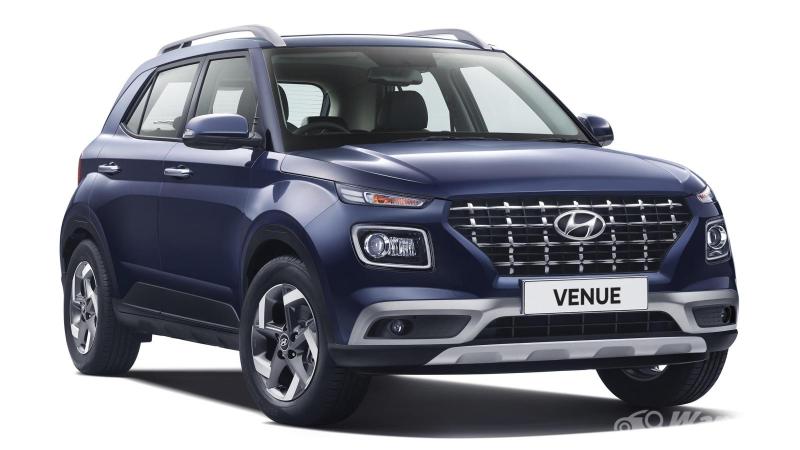 The Venue is Hyundai’s answer to the Indian tax law that categorises all cars above 4-metres as luxury cars. Measuring at only 3,995 mm in length, the Venue is the direct competitor of the Kia Sonet and Nissan Magnite.

Although the Venue is a new model that launched in 2019, the SUV is obviously lacking in modern tech. It was even launched with Hyundai’s older Kappa series engine in India.

Hyundai only introduced the more energy-efficient Smartstream engine in the Venue when the SUV was launched in countries like Australia and the USA. 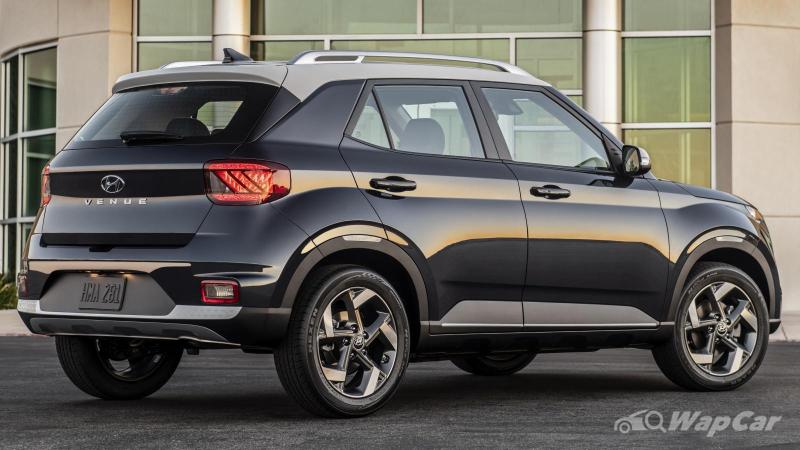 Both engines have similar power output though the Smartstream is a much larger 1.6-litre unit compared to the 1.0-litre turbocharged Kappa II T-GDI unit. 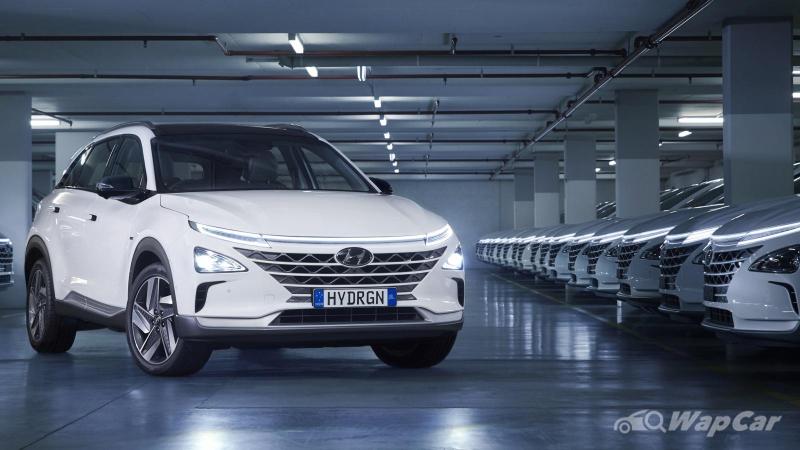 The Nexo is the company’s second-ever hydrogen fuel cell electric vehicle (FCEV). Introduced in 2018, the SUV replaces the Hyundai Tucson FCEV to fill the shoes as Hyundai’s flagship eco-car. 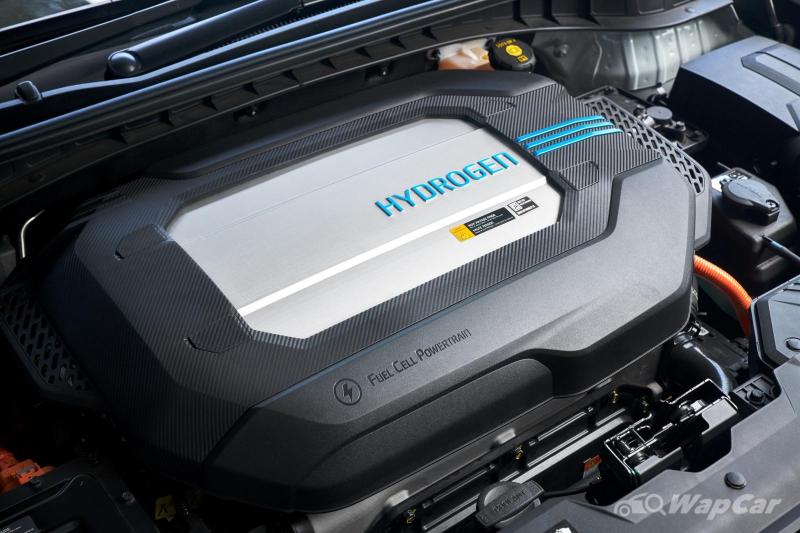 It is only one of a handful of FCEVs that is mass-produced and the only series production FCEV in the form of an SUV. The Nexo often competes with the Toyota Mirai FCEV as the best-selling alternate fuel vehicle in the world despite the different vehicle styles. 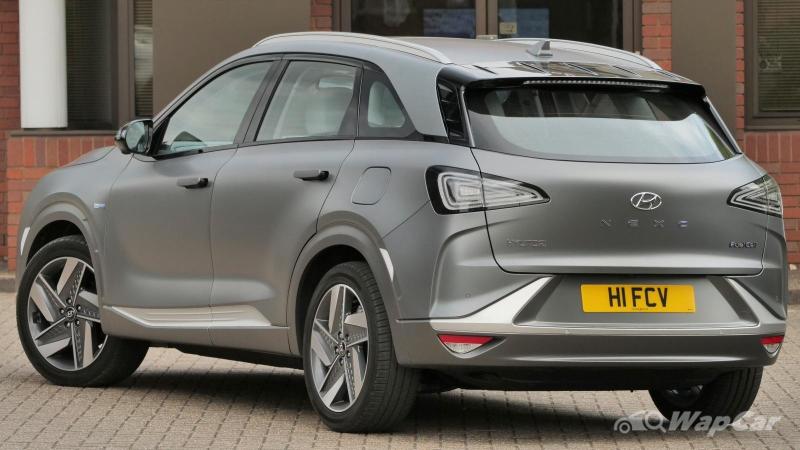 Fun fact: the Nexo sits on a heavily modified Hyundai Tucson platform and has a range of 611 km on one full tank. 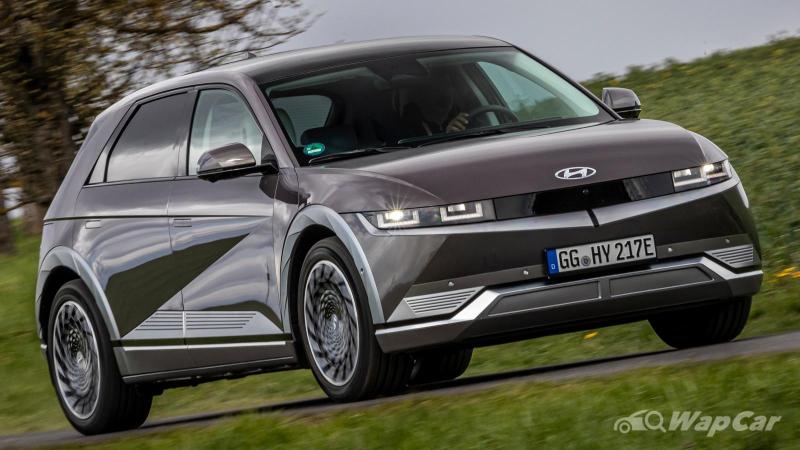 To be factually correct, the Ioniq 5 is technically no longer a Hyundai vehicle. Hyundai has packaged Ioniq as the company’s all-electric sub-brand. Much like how Genesis is the company’s luxury arm, the Ioniq will focus on electric vehicles (EV) instead. 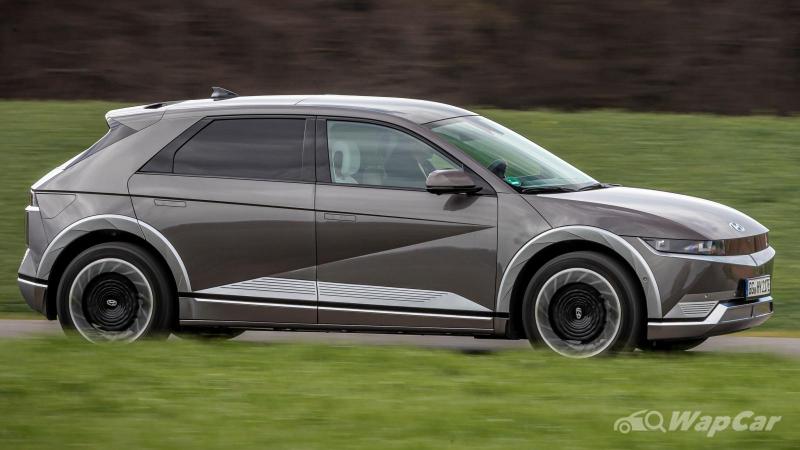 The Ioniq 5 is the first car built on Hyundai’s new Electric Global Modular Platform (E-GMP). Although it looks more like a tall hatchback, but Ioniq markets the car as a crossover. The reason being that based on the dimensions, the Ioniq 5 stands taller than the Kona and just a smidge shorter than the Creta.

Launched in March this year, the Ioniq 5 comes offered in 2 battery options that has a measured range of at least 470 to 480 km on the WLTP cycle. 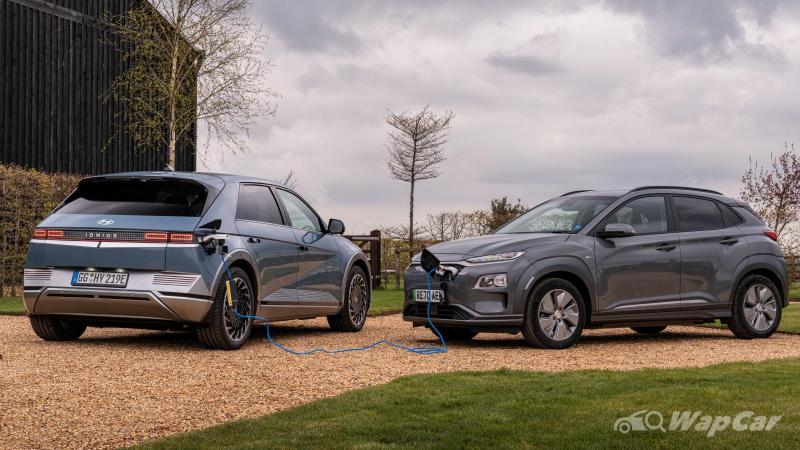 Although Hyundai has a long list of SUVs to offer their customers across the world, HSDM currently only have 2 SUVs on sale in Malaysia; the facelifted Hyundai Kona and the pre-facelift Hyundai Santa Fe.

While we’re more than certain that the Hyundai Tucson will make its comeback in Malaysia one day, we wouldn’t mind it if HSDM would also see fit to launch one of the other SUVs here on this list.

Which SUV will you like to see make it to our shores? Perhaps the Perodua Ativa-rivalling Venue? Or the giant behemoth Palisade?