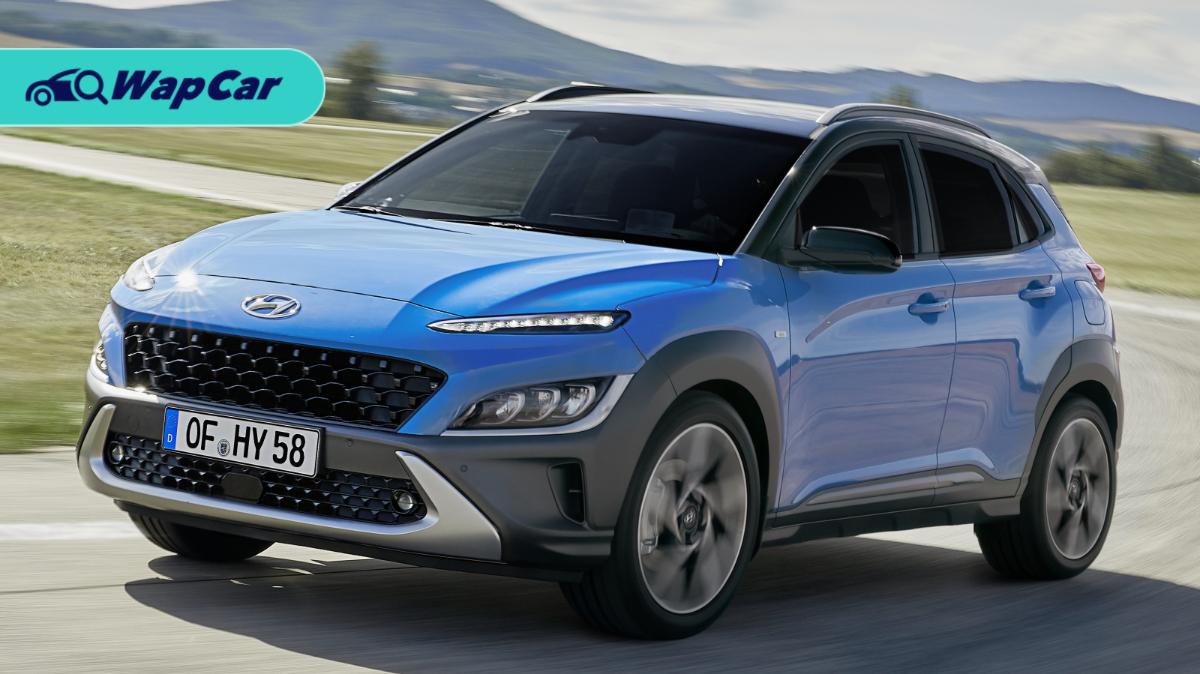 Unlike usual facelift cycles, Hyundai has made quite a huge change to the looks of the new 2020 Hyundai Kona facelift. Not only does the B-segment SUV look radically different, but it also comes with mild-hybrid options, an upgraded interior, a special Kona N-Line variant and even wireless Android Auto and Apple CarPlay. 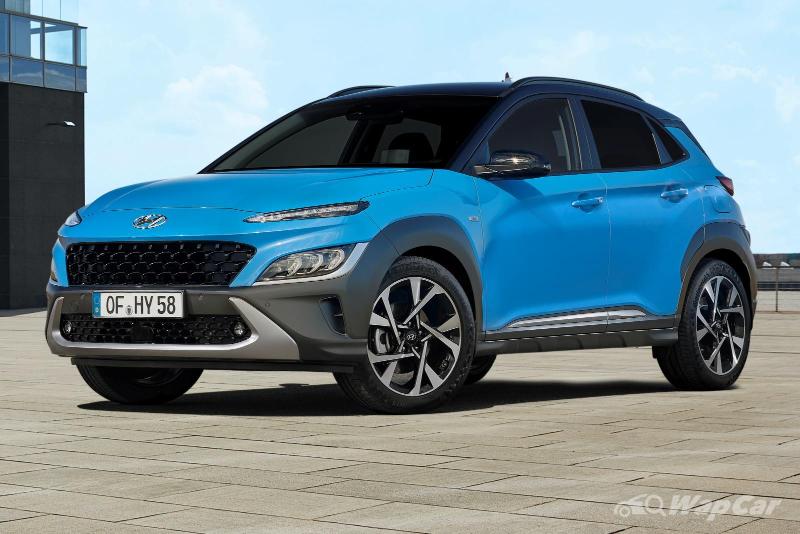 As mentioned, the new Kona looks radically different from the pre-facelift. The most noticeable difference is the location of the Hyundai logo, it is now located on the new wider front grille (previously located on the grille) and new flinty looking LED DRLs. 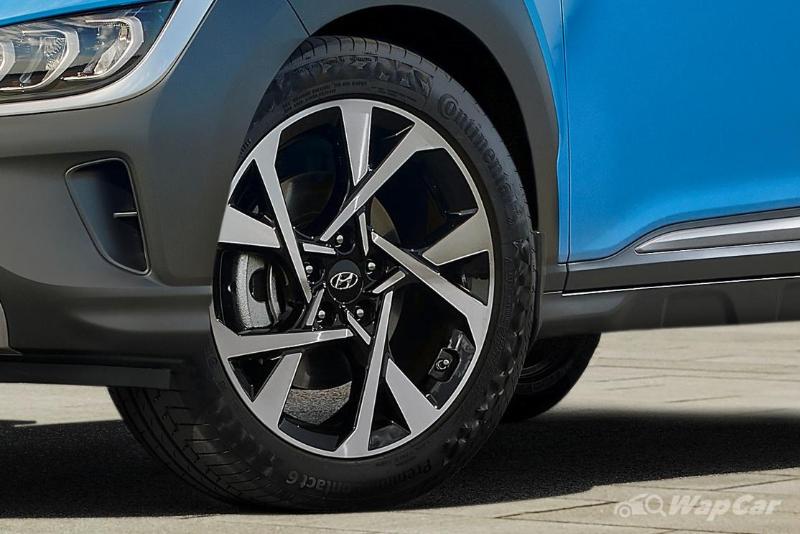 Other than that, Hyundai has added robust skid plates that appear to embrace the lower air intake. The Kona also gets new vertical aerodynamic inlets that improve airflow integrated into the bumper corners. 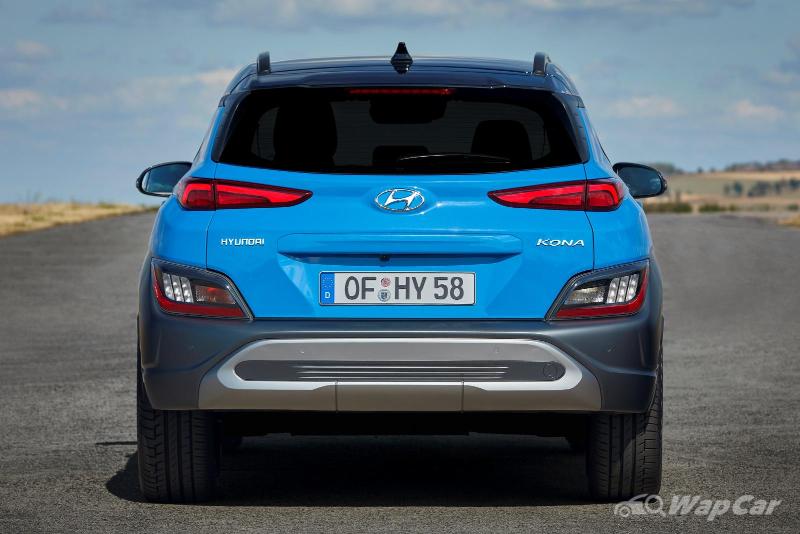 At the rear, the taillights have been redesigned to feature horizontally-stretched graphics. Other than that, the Kona’s rear-end also gets a newly redesigned bumper features matching silver bits that can also be found on the SUV’s sides and front bumper.

Due to the new front-end, the new Kona also measures 40 mm longer than the pre-facelift as well. 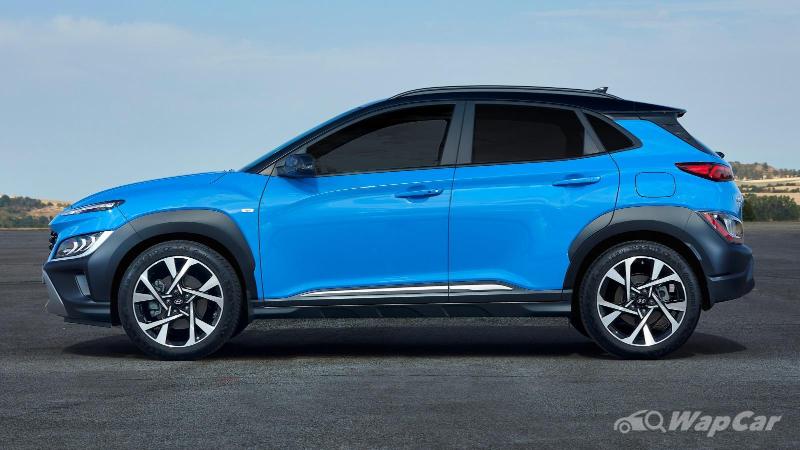 Meanwhile, the interior has been completely redesigned to emphasise the width of the car. The new console area has been disconnected from the instrument panel for a wider look, while the rest of the interior now gives passengers a wide and airy impression. There is even new ambient lighting to complement the bold look Hyundai is going for. 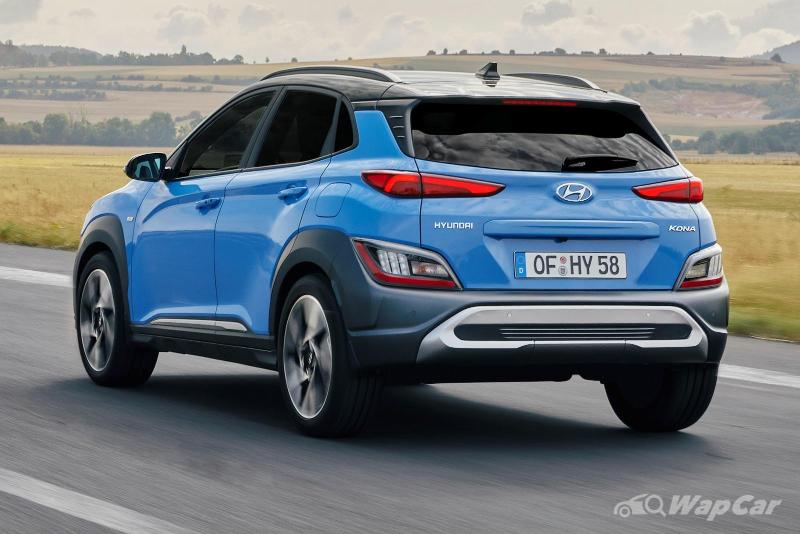 The Kona also gets a larger new 10.25-inch digital cluster that comes complete with Bluelink, Hyundai’s version of Mercedes me, and wireless Android Auto and Apple CarPlay.

The infotainment system has also included Voice Recognition feature that allows drivers to change settings for the climate, rear window and even turn on the side mirror and steering wheel heating. 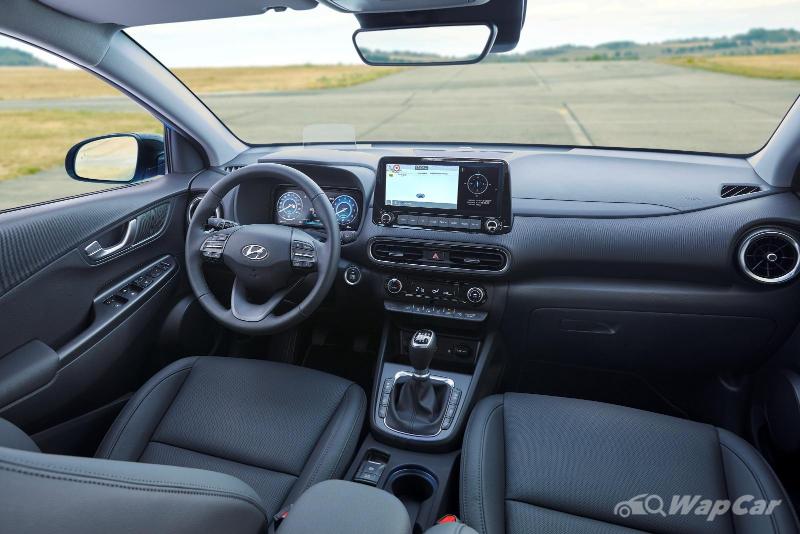 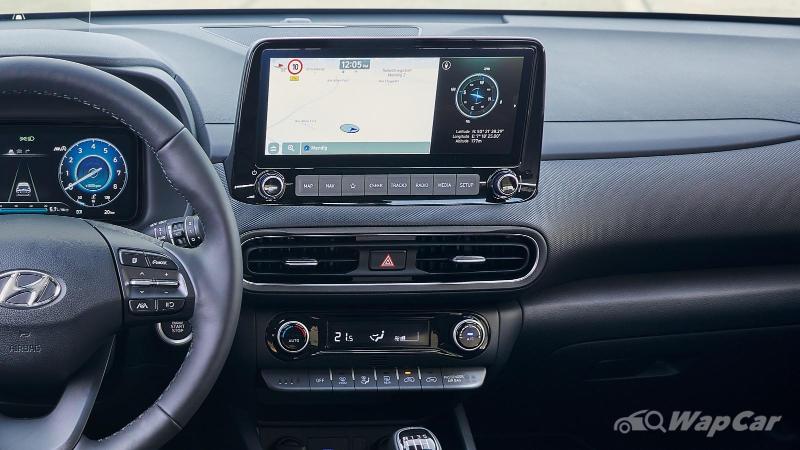 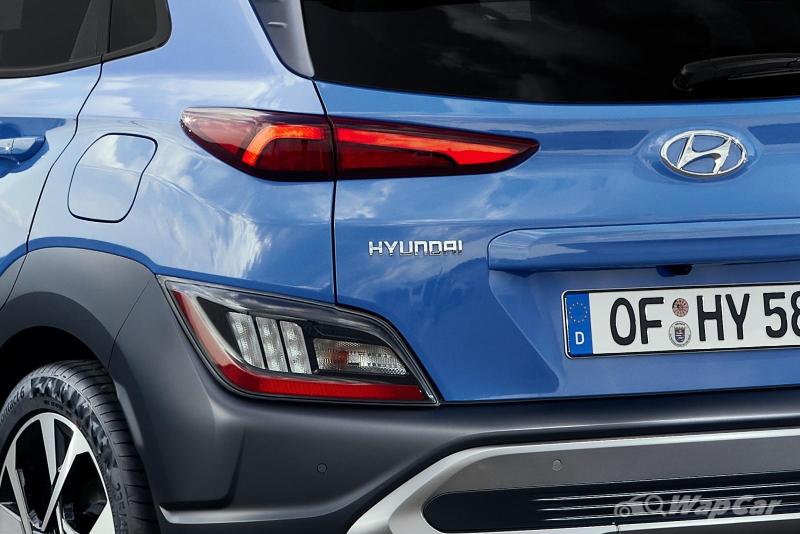 New on the Kona is Leading Vehicle Departure Alert (LVDA), which alerts drivers that the vehicle ahead of them has moved, and Lane Following Assist (LFA), which helps drivers keep the car in the lane. 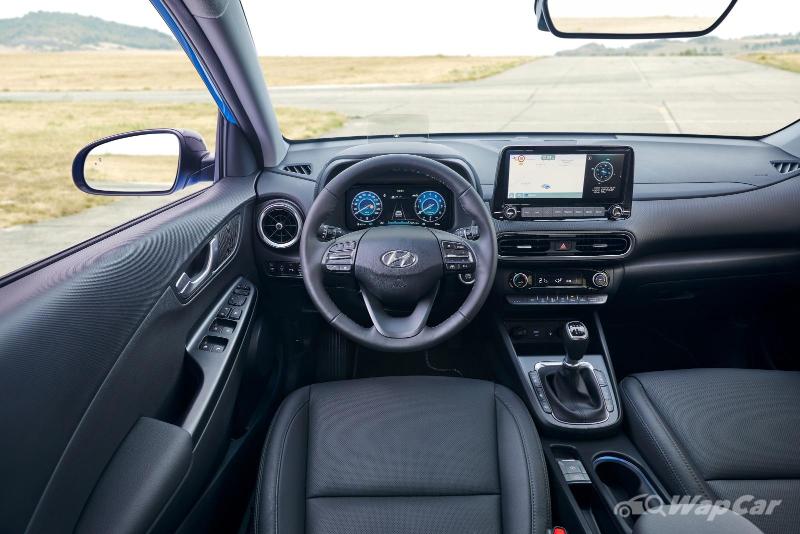 Powertrain wise, the Kona now gets a 48-volt mild hybrid system that owners can opt to add on to their 1.6-litre Smartstream diesel engine or 1.0-litre T-GDI Smartstream petrol engine. 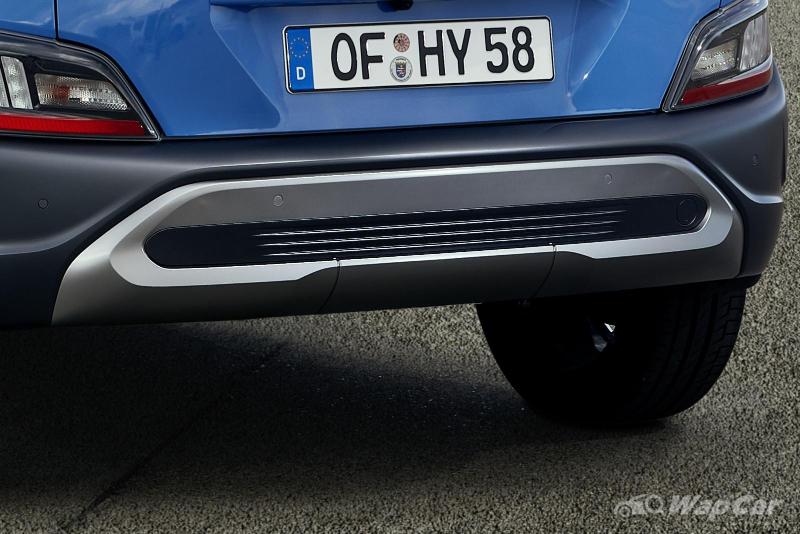 Meanwhile, the 1.6-litre T-GDI Smartstream petrol engine has been retuned to produce 198 PS, that is 21 PS higher than the engine in the pre-facelift. 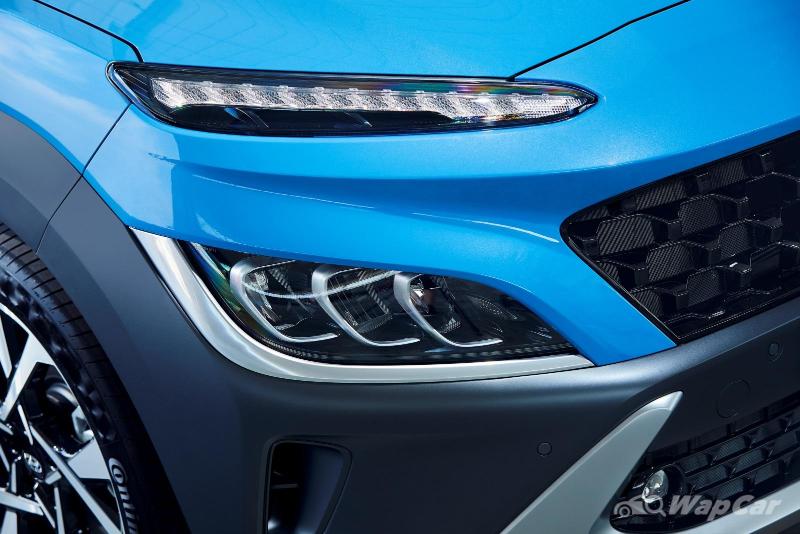 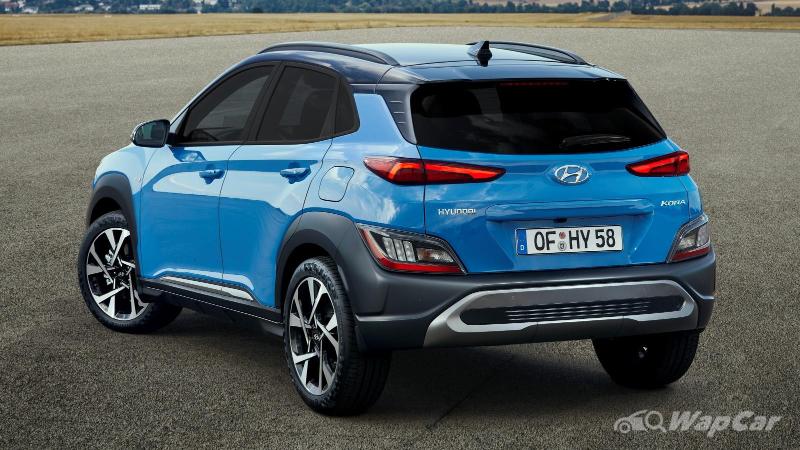 Of course, the Kona will still maintain its hybrid option that was introduced in 2019. The powertrain features a 1.6-litre GDI engine and an electric motor which produces a combined output of 141 PS. The hybrid powertrain only comes with a 6-speed DCT.

Closer to home, the pre-facelift Kona is about to make its debut with a 1.6-litre T-GDI Smartstream turbocharged engine that churns out 177 PS and 265 Nm. Prices have already been confirmed to start from RM 115,000 onwards.