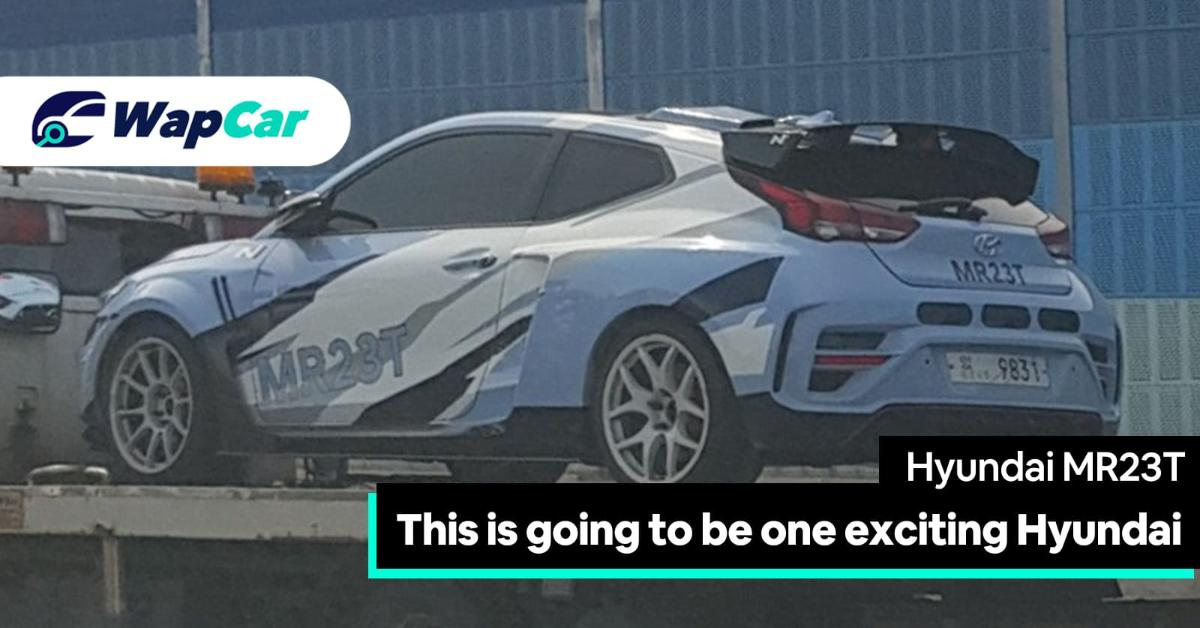 There’s a mysterious Hyundai MR23T spotted being ferried around in South Korea and reports claim that this is the test mule for Hyundai’s next mid-engine rear-wheel drive mega hatchback!

These pictures were uploaded to Korean car website, Bobaedream. From the pictures, we can see a Hyundai Veloster that’s been heavily souped-up with flared wheel arches and aggressive bumpers. 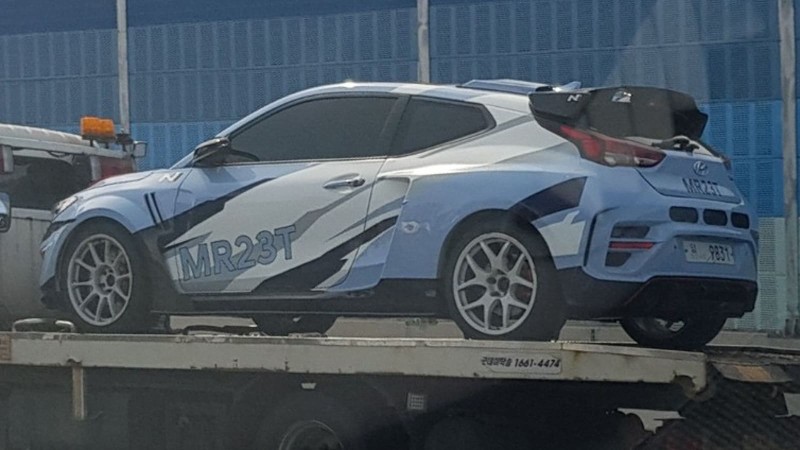 What’s interesting is the ‘MR23T’ text plastered on the side and rear of the car. ‘MR’ is often understood as the short for mid-engine rear-wheel drive – the Toyota MR2 is an example. ‘23T’ according to reports, is said to refer to the 2.3-litre turbo engine that’s powering this unnamed car.

Now, a mid-engine rear-wheel drive Hyundai may sound bonkers to many. But this is not Hyundai’s maiden voyage in a configuration like this. 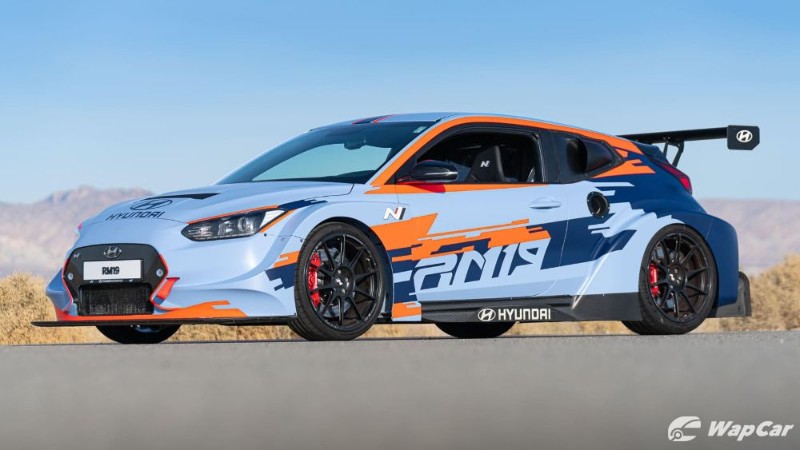 The RM19 prototype, according to Hyundai, “is a versatile engineering testbed allowing effective evaluation of various powertrains and performance levels, all on normal roads and environments”. This platform also has the potential for electrified powertrains.

Hence this MR23T could be a watered-down, road-going version of that mad prototype. However, because this is merely a test mule, it’s likely that the final production car would take on an entirely different body – possibly a proper sports coupe like the Porsche Cayman.

This could finally be a Hyundai that Han would approve of.

The guy in Fast & Furious, not our colleague Hans.