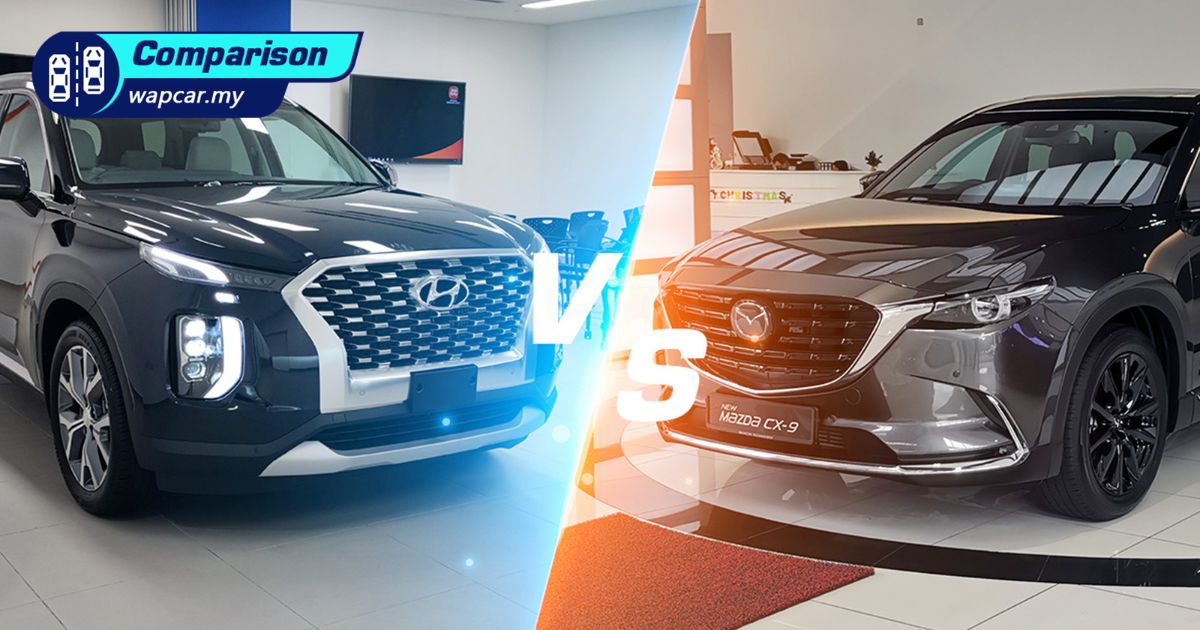 Recently, Hyundai-Sime Darby Motors (HSDM) launched its largest SUV, the 2022 Hyundai Palisade, in Malaysia. Though it looks grand up close, many of our readers expressed shock at the equally grand price tag which starts from RM 328,888. 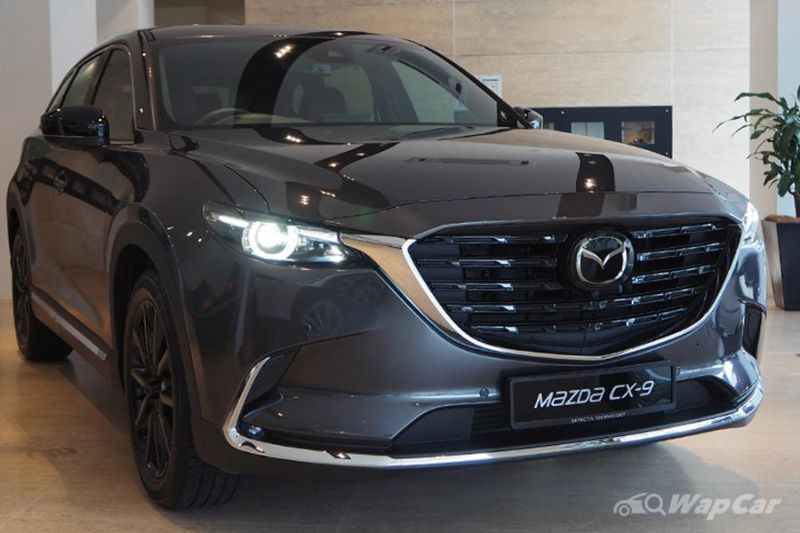 Unsurprisingly, many started comparing the Palisade with the Mazda CX-9 seeing that both SUVs are similar in size and stature. However, the CX-9 starts from RM 319,847, which is around RM 9,000 less than the Palisade. 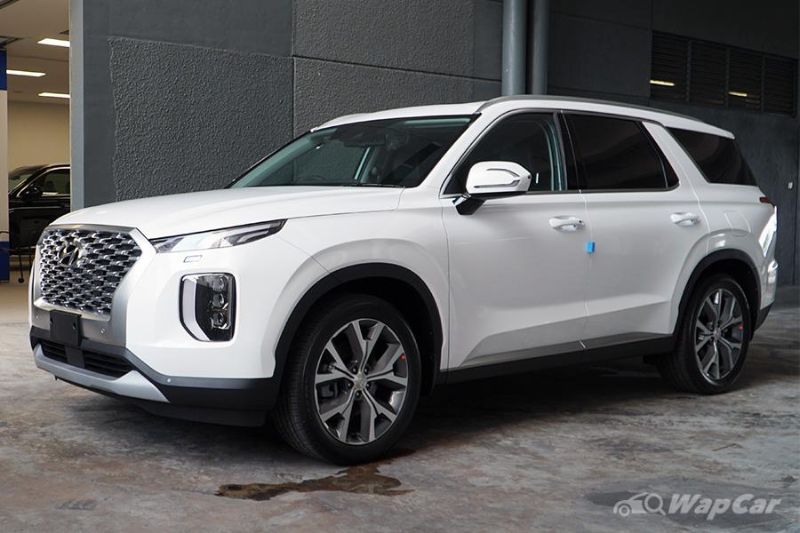 That being said, the RM 329k price tag for the base Palisade is an 8-seater. Like for like, the base 7-seater Palisade starts from RM 348,888 which in turn is pricier than the most expensive CX-9 variant, the AWD version that starts from RM 336,215. 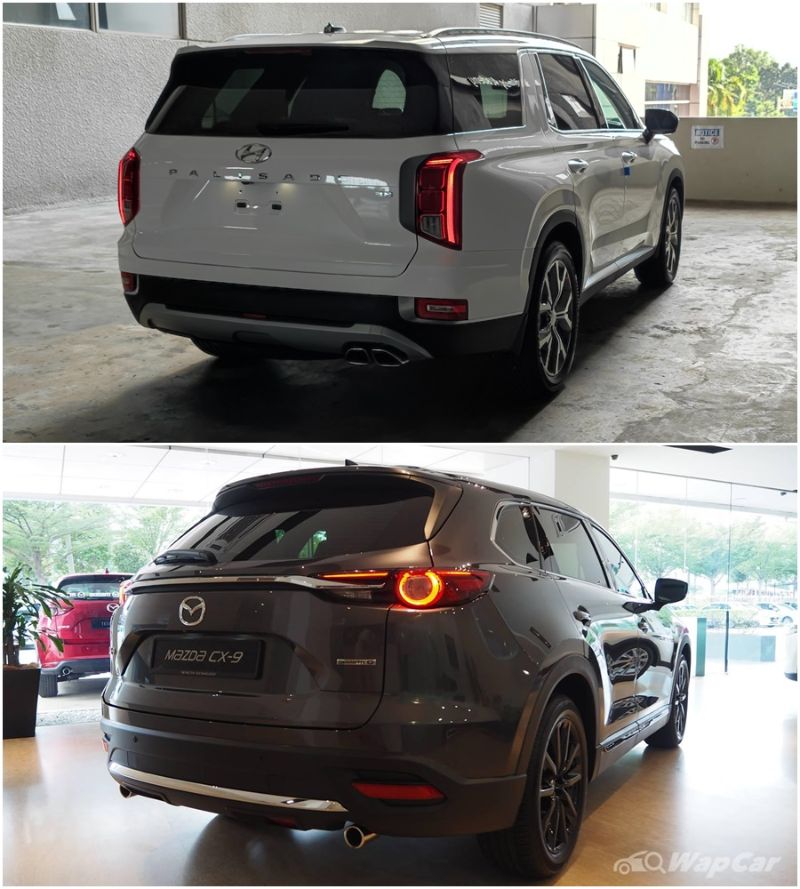 Sounds like game over for Hyundai then? Let’s not jump straight to conclusions just yet as we go a little deeper in this comparison between the Palisade and the CX-9.

Which is the fastest? 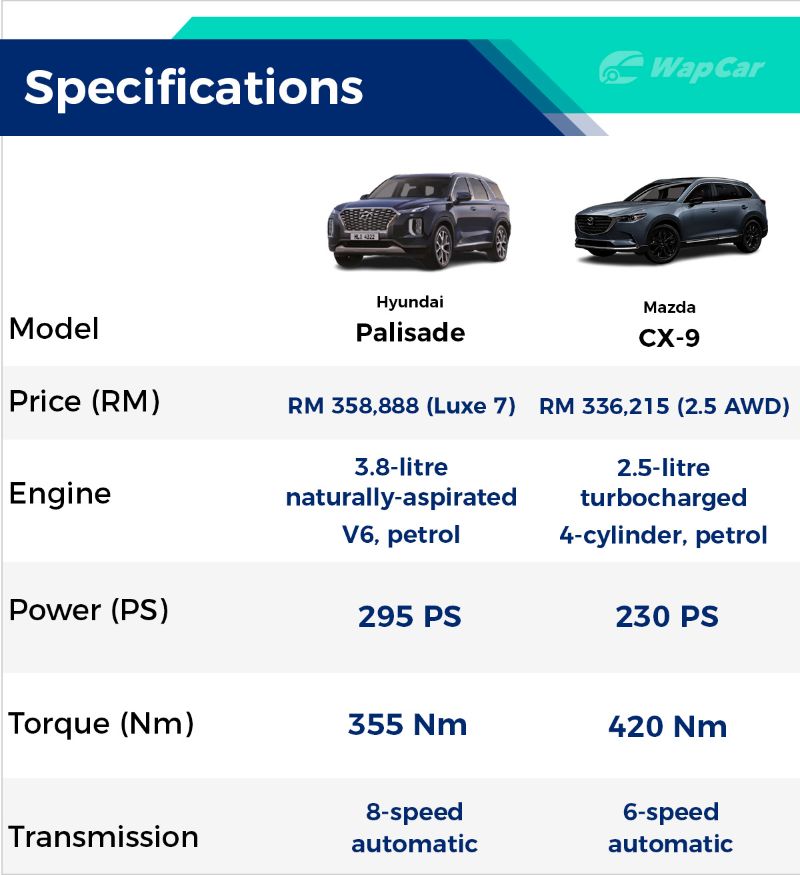 We start off the comparison between the two large SUVs with their powertrains. The Palisade comes with a choice of either a 2.2-litre turbodiesel CRDi engine (200 PS/440 Nm) or a naturally-aspirated 3.8-litre Lambda II V6 petrol engine (295 PS/355 Nm). Both engines are paired to an 8-speed automatic transmission. 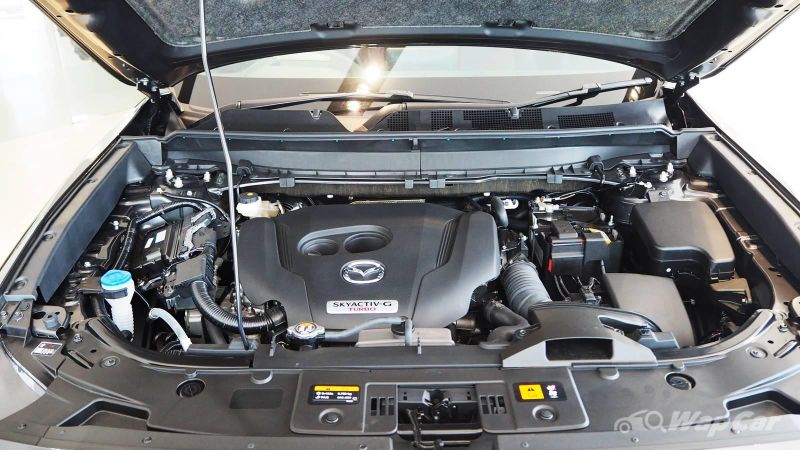 Meanwhile, the CX-9 comes with only one engine option for the two variants which is a 2.5-litre turbocharged SkyActiv-G 4-cylinder unit (230 PS/420 Nm). This is mated to a 6-speed automatic transmission. 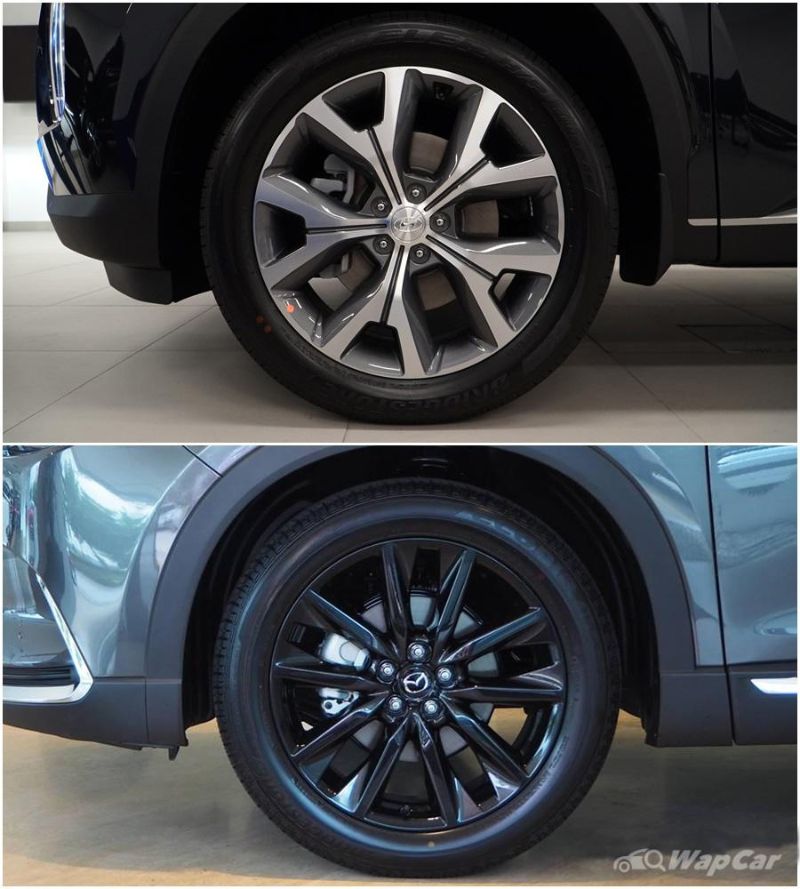 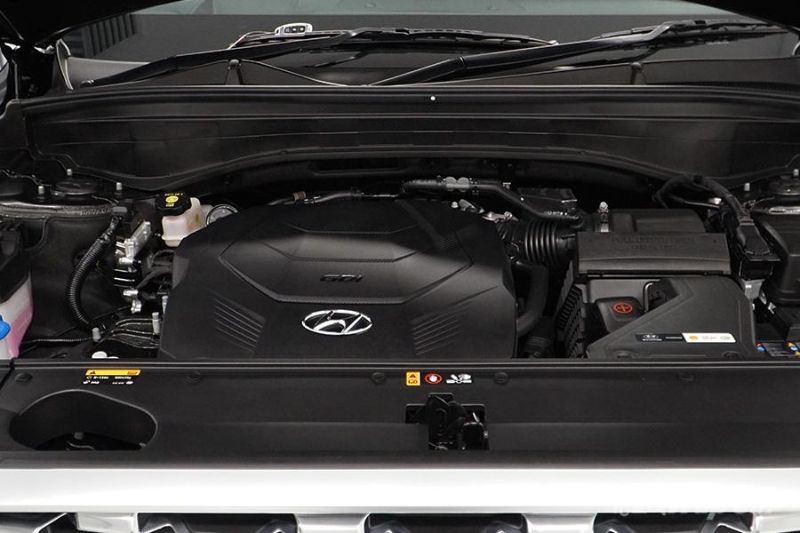 Still, the Palisade offers better performance than the CX-9 on paper thanks to the bigger V6 engine, so for this round the Palisade wins.

Now, this can be quite subjective but personally, I prefer the design of the Palisade over the CX-9. For one, the Palisade is quite distinctive to look at and the overall shape is close to an American SUV. 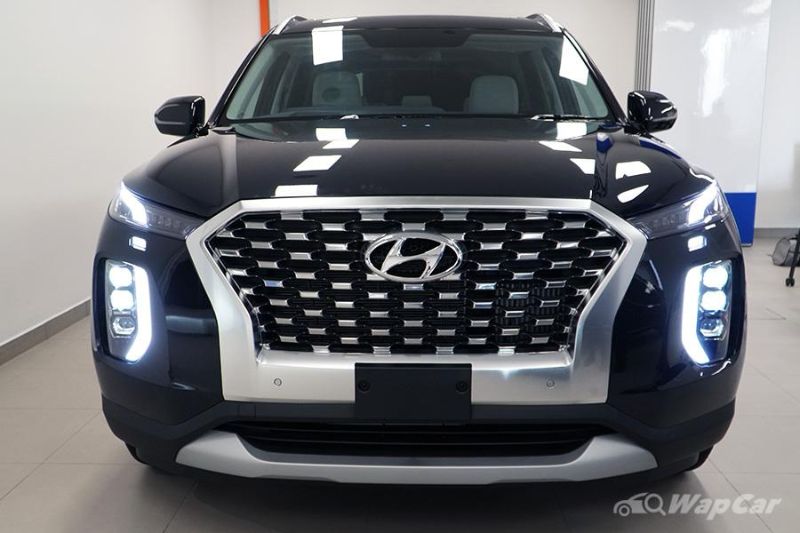 The large grille, the massive rear, and the blocky shape combined make it close to a Chris Pratt-voiced American than some heartthrob from a K-drama. Remove the Hyundai badge and some might mistake this for a Cadillac or a GMC. Good job, Hyundai.

Also read: 27 photos why the 2022 Hyundai Palisade is a Cadillac with better interior than a BMW 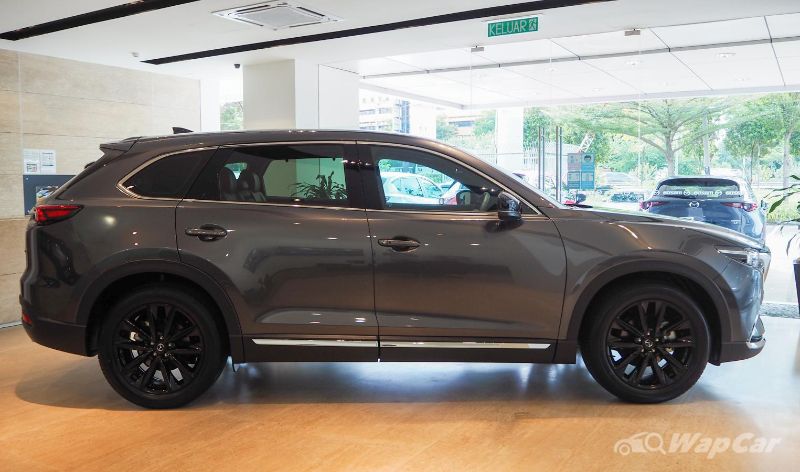 On the other hand, the CX-9’s design is too similar to its SUV brethren. Mind you, I love Mazda’s design language but having most of its SUVs bearing a similar face can be quite confusing for some. 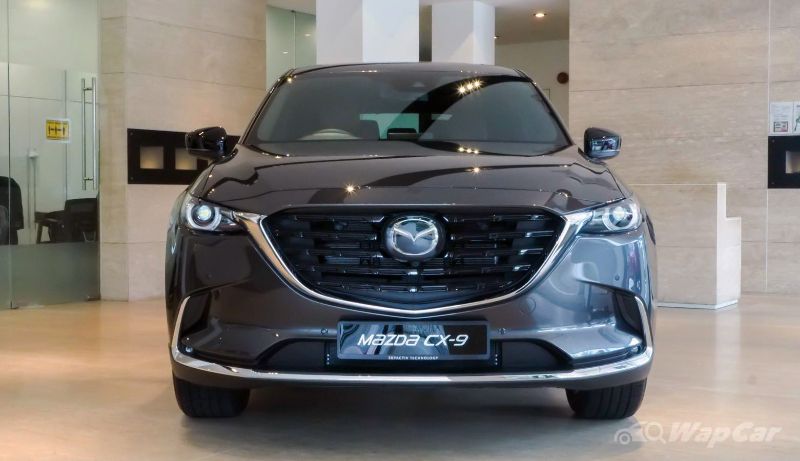 Frankly, the CX-9 is a CX-8 with one less seat and a higher price tag so there needs to be some family resemblance. Unfortunately, the CX-9 just doesn’t tug my heart much like a Mazda 3 or even the CX-30.

Which looks better inside?

For RM 300 grand, both SUVs offer a striking-looking interior when you step inside. However, Hyundai offers a bit more customisation options for the Palisade’s interior.

While the most recent update of the CX-9, the Ignite Edition, offers burgundy seats, the Palisade offers customers a choice of full black leather or space grey Nappa leather upholstery on top of the dark red hue. 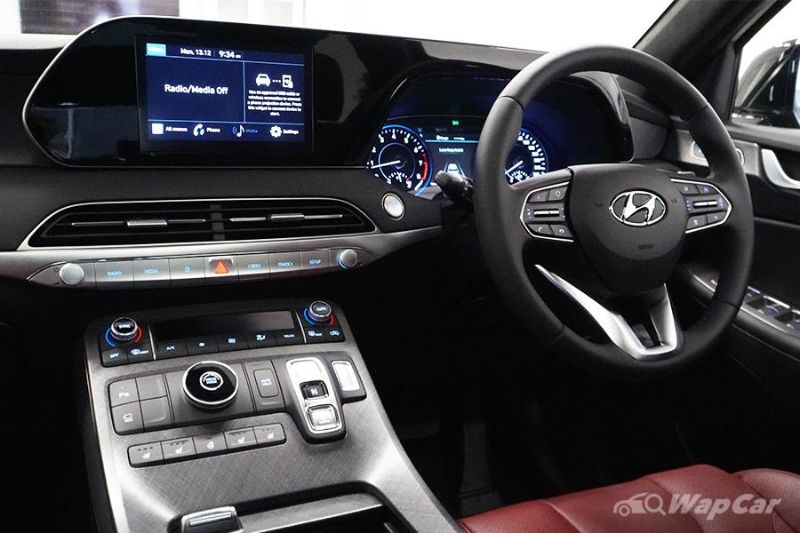 Granted, both SUVs have a similar quality in terms of materials used for the dash and other trims so there’s not much to compare here for now. 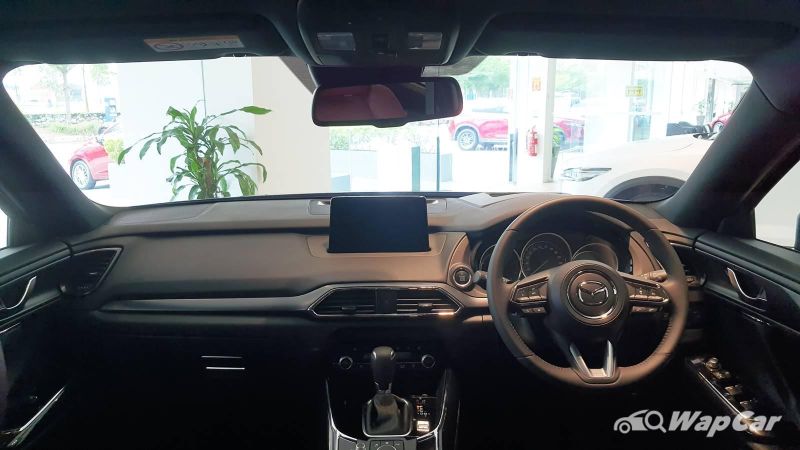 While the Palisade wins in having a better exterior design, for the interior, I would have to award the CX-9 for its minamilist and cool aesthetic. 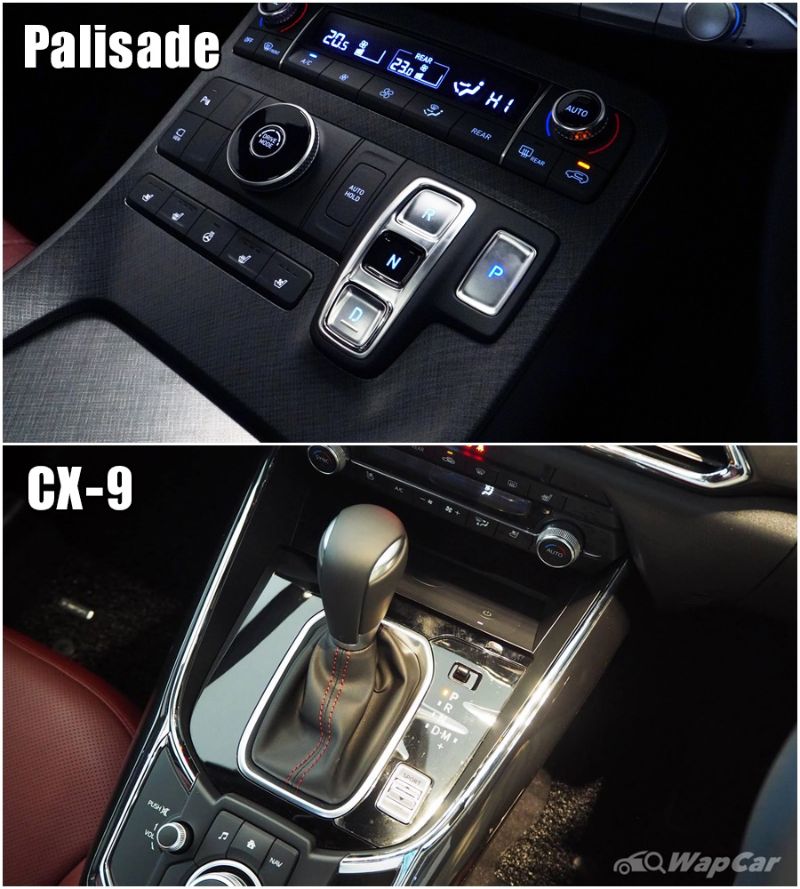 The Palisade might be a bit more modern with its button-style shift-by-wire gear selector but I think most buyers of this sort of SUV would prefer something more familiar with less clutter. This round then belongs to Mazda.

Which has better equipment? 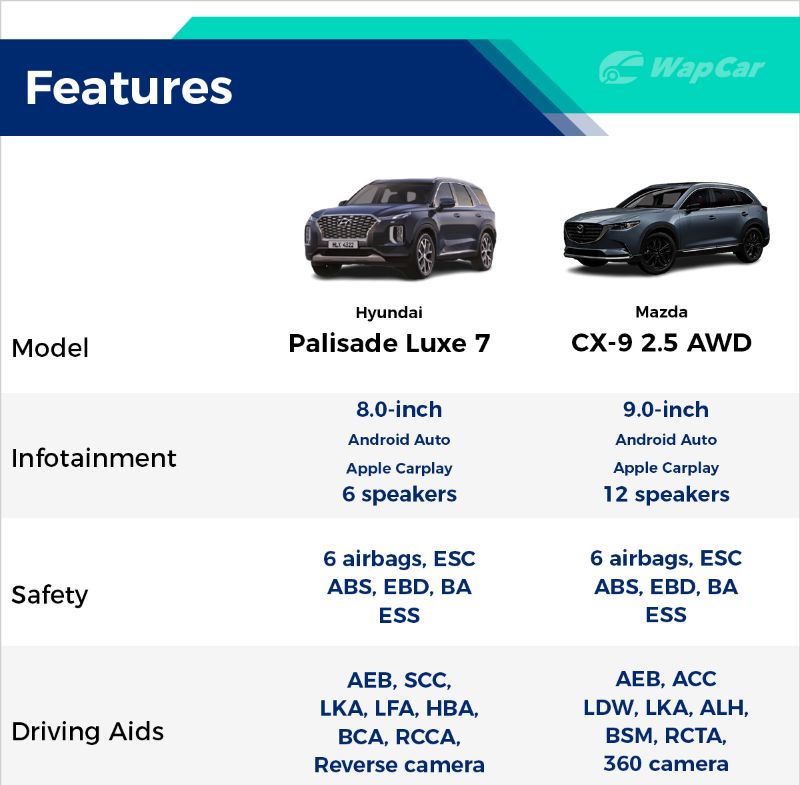 Both the Palisade and CX-9 offer enough bells and whistles to make the family (or company bigshot) happy. Despite both being 7-seaters, the arrangements are different.

The 7-seater Palisade uses a 2-2-3 seating arrangement while the CX-9 uses a 2-3-2 layout. Hence, the middle row of the Palisade utilises a pair of individual seats instead of a bench. 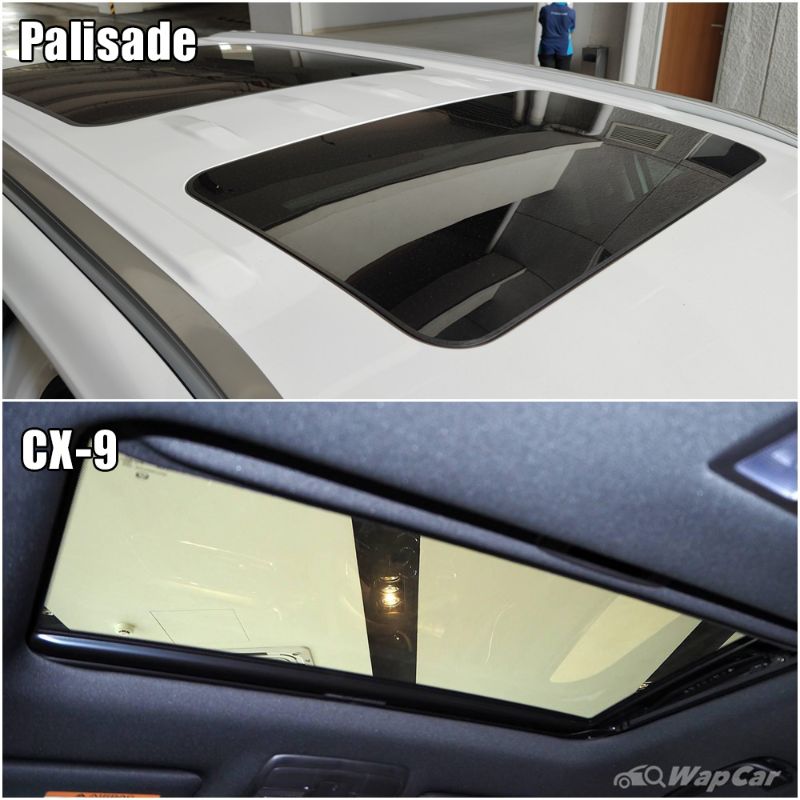 Besides, the Palisade also comes with dual sunroofs for the front and middle row as opposed to only one on the CX-9. 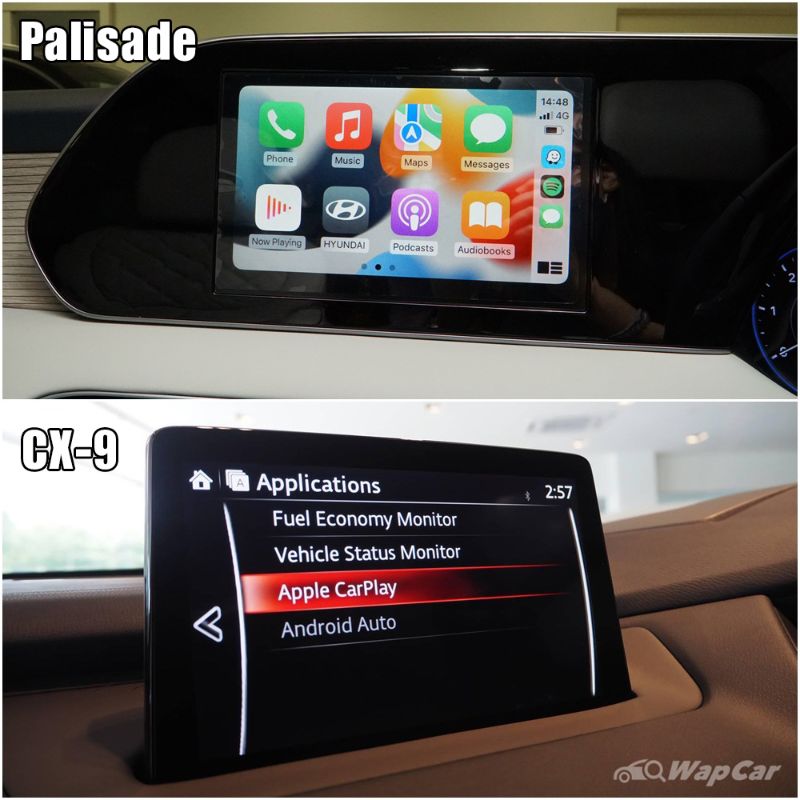 Yet, the CX-9 also gets some better features than the Palisade. These include a larger 9-inch infotainment touchscreen instead of an 8-inch unit and a 12-speaker Bose sound system as opposed to 6.

However, there is one obvious omission that makes the CX-9 feel like the winner here. While both SUVs come with sensors located on the front and rear, the Palisade only comes with a reverse camera as opposed to a 360-degree camera which comes standard on the CX-9. Given the SUVs’ massive length at nearly 5 metres, not having a surround-view monitor might be a dealbreaker for some.

Which has better safety features? 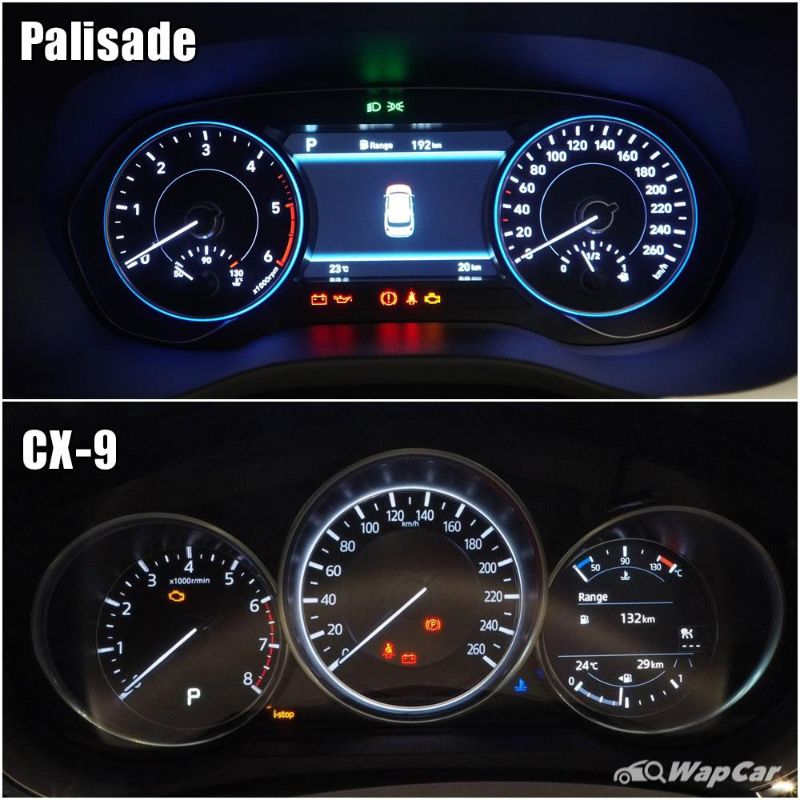 With both the Palisade and CX-9 having two points each, this is the deciding factor then to choose the winner. Both SUVs come standard with 6 airbags, ABS, stability control, and traction control, so it’s all good on the passive safety front.

But what about ADAS? As we are focusing on the petrol-powered Luxe 7 variant, the Hyundai SmartSense safety suite comes standard which consists of adaptive cruise control, (ACC), AEB, lane-keep assist (LKA), and adaptive high beam (AHB), among others.

Meanwhile, the Mazda i-Activsense safety suite comes standard on the CX-9 and consists of ACC, AEB, LKA, and AHB, among others. 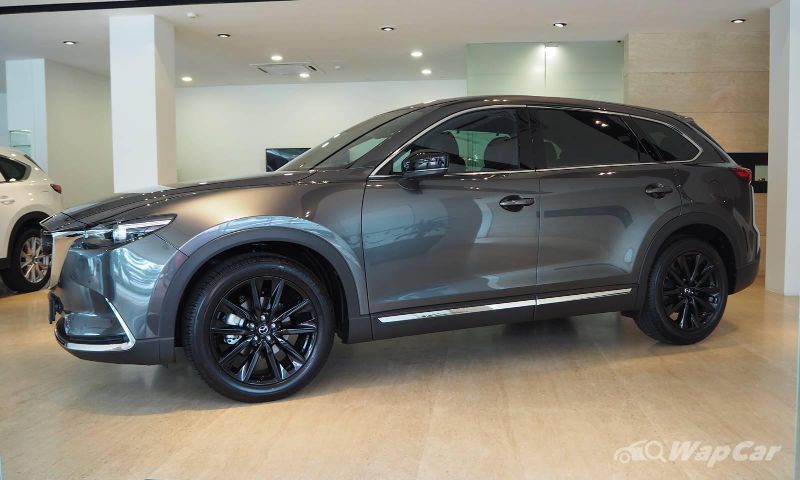 Given the impressive safety features on both the Palisade and CX-9, It looks like this comparison fight-off ends with a tie. Both SUVs show their pros and cons but if price is the deciding factor, then perhaps the CX-9 is the way to go. 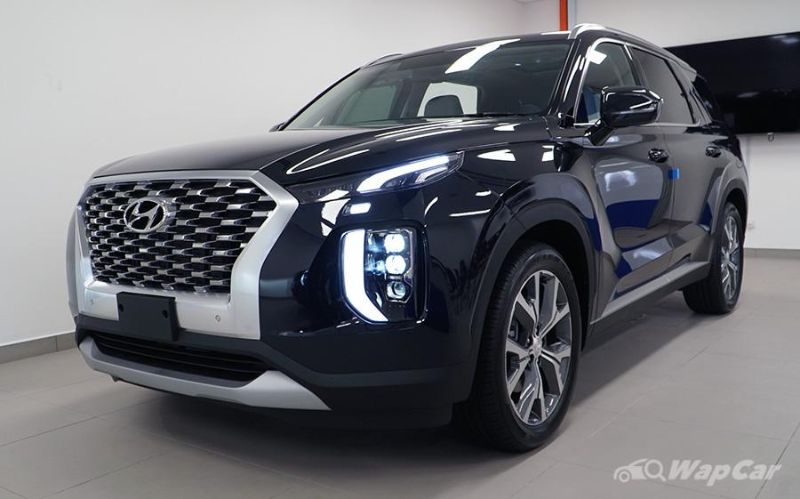 On the other hand, if you want to stand out and look like a baller or a hero from a K-drama, then the Palisade is a better fit. 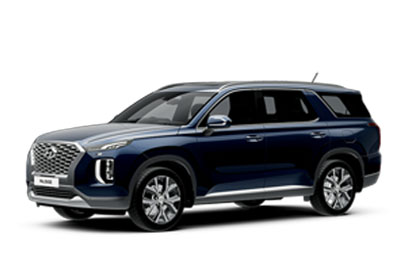