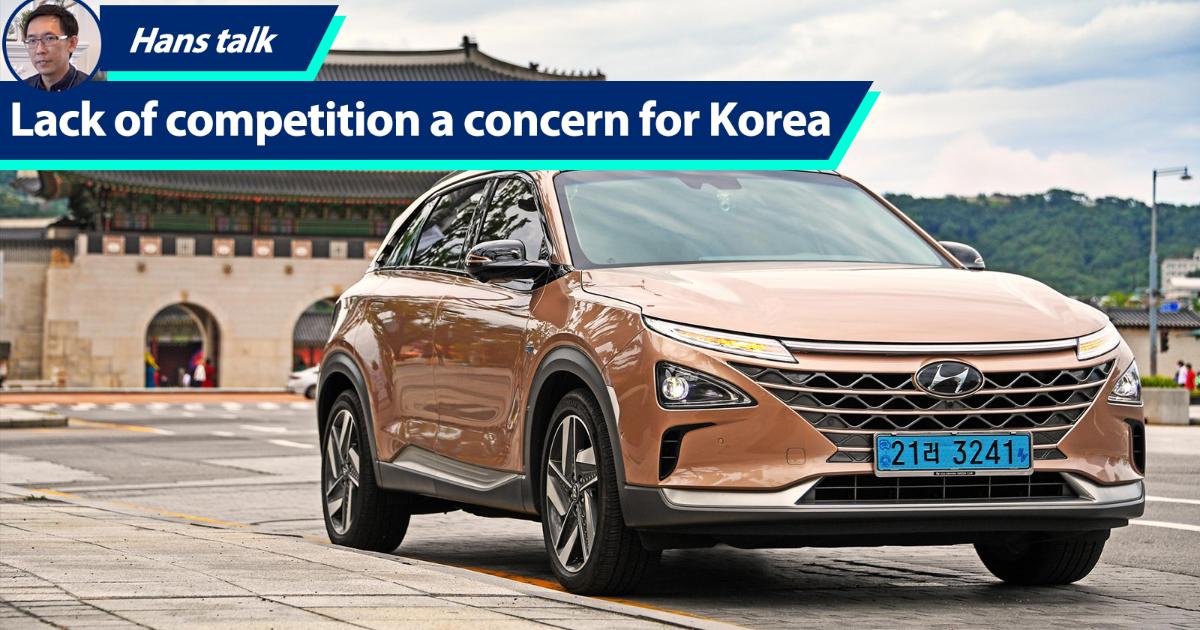 In the first two months of 2021, the Hyundai Motor Group (HMG)’s domestic cars market share in Korea, including that of Kia, reached 78.5 percent. After including imported cars, the combined market share of Hyundai and Kia in Korea stands at 65.4 percent.

In 2015, when there was more competition from other domestic manufacturers like Renault-Samsung, GM Korea, and Ssangyong, HMG’s domestic car market share stood 12 percent lower, at 66.5 percent. 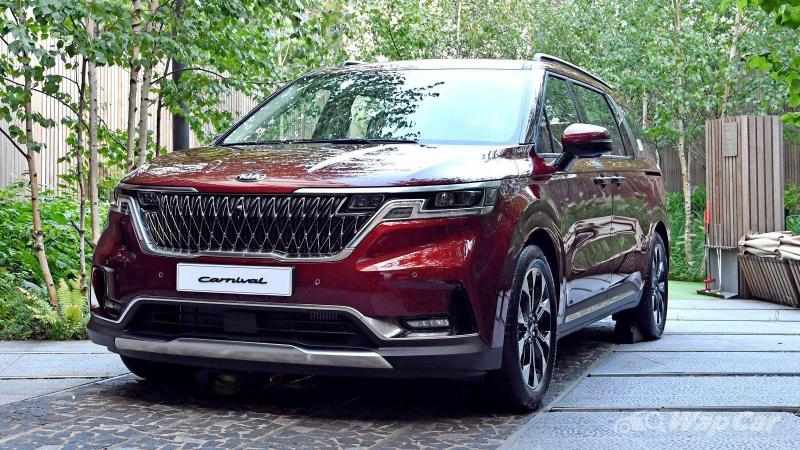 The Korean government, along with several academicians and industry observers have raised concerns on the implications of having nearly 80 percent of Korea’s domestic car market controlled by just one company.

You would think that Korea, with its reputation as one of the most protected car markets in the world would welcome this development.

Contrary to what surface-level observations suggest, competition in the Korean car market is super stiff, and perceptions that it's a protected car market is no longer true.

Korea is now a liberalized market. Domestic and imported cars are taxed the same, although some non-tariff barriers for exhaust emission and fuel consumption remain.

While the mass-market segment is dominated by Hyundai-Kia, Korea’s luxury car market is hotly contested by every premium brand. Korea is Mercedes-Benz’s fifth largest market after China, USA, Germany and the UK.

Even in the early days of its government-funded automotive industry, Korea's method of growing its domestic car industry was very different from what Malaysia did with Proton and Perodua.

Unlike Malaysia, imported cars were banned in Korea (until the '80s) but with a twist: Instead of backing just one local manufacturer, Korea made multiple domestic manufacturers compete with each other to weed out the weak ones. Low interest government loans were given on condition that manufacturers meet their export targets. If they failed, the government will cut off funding.

President Park didn’t want weak companies carrying out his nation-building ambitions so promoting local competition to filter out unworthy manufacturers was a central part of his plan.

This was the biggest difference between Korea and Malaysia’s national car industry. It’s also why our protection for Proton and Perodua has not yielded much results.

So when the Hyundai Motor Group’s market share is getting close to 80 percent, the Korean government has reasons to be concerned.

Ssanyong is now bankrupt while Renault-Samsung and GM Korea are also doing poorly. Renault-Samsung is caught in the mess of a post-Carlos Ghosn’s Renault Nissan Mitsubishi Motors Alliance while GM Korea is losing its importance as GM reorganizes itself into a learner organization.

This development leaves only the Hyundai Motor Group as the last man standing. However observers warned that with little to no competition, labour unions, parts suppliers, dealers and consumers could be be forced to accept poorer deals.

The state-run Korea Development Bank (KDB), which funds many projects critical to Korea’s economy, is now in a tight spot. If it bails out Ssangyong, both Renault-Samsung and GM Korea will demand the same.

Against the backdrop of many local businesses still struggling to survive the Covid-19 pandemic, bailing out foreign-controlled local manufacturers like Renault-Samsung and GM Korea - both analogous to Geely’s Proton and Daihatsu’s Perodua - would send the wrong message.

But if the KDB does nothing, a large part of Korea’s automotive manufacturing ecosystem will collapse with it, and the reduced diversity in Korea’s car market is not good for competition. 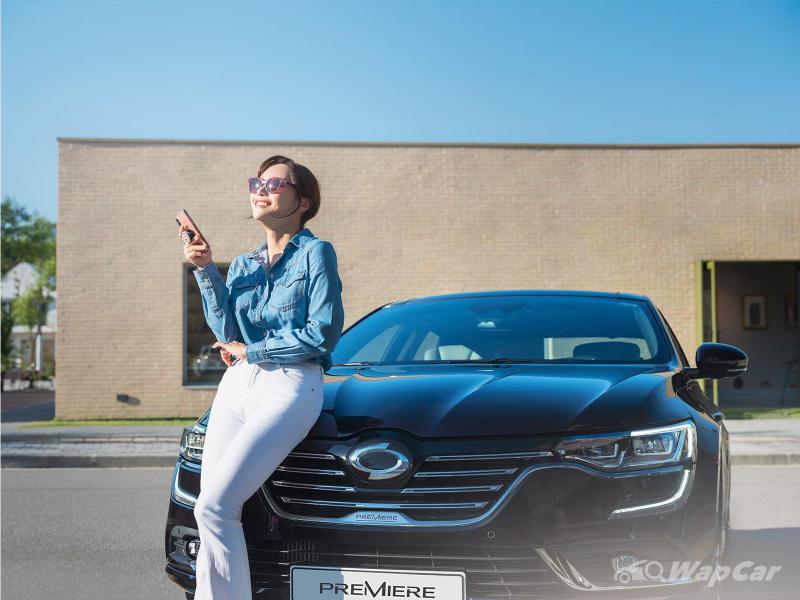 Still, the KDB can’t afford to bail out so many companies, explaining that all these companies have been poorly managed and the KDB shouldn’t be asked to clean up the mess.

Malaysia’s national brands’ market share matches Korea, but offers none of the benefits

Meanwhile back in Malaysia, Proton’s and Perodua’s combined market share is set to reach 70 percent in a few years’ time. 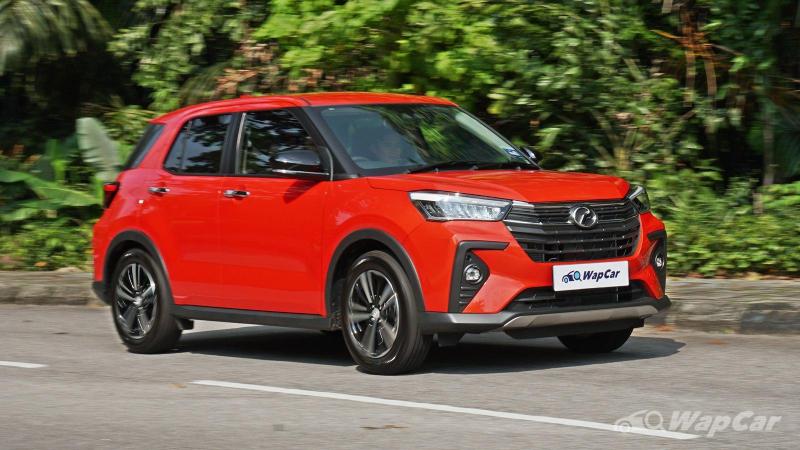 Between 2018 and 2020, both national brands’ combined market share increased from 48.8 percent to 62.3 percent, very close to that of Hyundai-Kia’s in Korea.

The popularity of the Proton X50 and Perodua Ativa, which are hitting B-segment sedans like the Toyota Vios and Honda City hard – both core models for non-national brands - will increase the Proton’s and Perodua’s market share further. 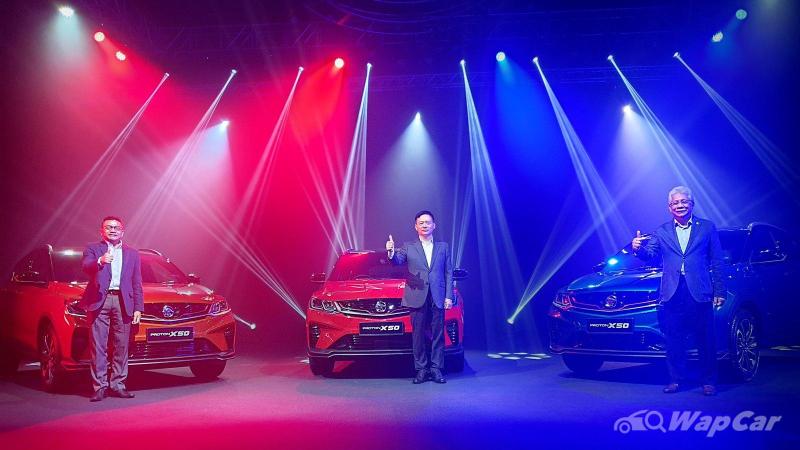 What happens when there is less competition?

The after-effects of reduced competition are already starting to show. Beneath the hype for the Proton X50 and Perodua Ativa, what is less reported is how Proton and Perodua dealers are being forced to accept unfair deals.

Both Proton and Perodua are having problems delivering cars to their customers, but dealers are still given unrealistically high sales targets even though they have no cars to deliver – this doesn’t make much sense.

Perodua dealers for example, have no supply of Myvi models to deliver to their customers, some of whom have been waiting for their cars since late-2020, as the global shortage in semiconductor chips has stalled production.

Customers are harassing dealers for non-delivery of cars, but dealers don’t receive any compensation or assistance from headquarters.

It’s a similar issue with Proton. Much has already been said about the delays of the Proton X50 but the bigger issue is the shortage of spare parts due to Proton’s snafu with their IT system migration. Customers’ cars are stuck at workshops for months. Dealers have to turn away customers but receive little to no compensation for the loss of business.

Customers who have booked the City RS in 2020 were given various rebates – service vouchers, petrol card, cash rebate, amounting to thousands of Ringgit, so it takes the pressure off dealers a bit.

Honda dealers were given regular updates on the matter and financial incentive (to be passed to customers) to help them manage the situation, until the matter was solved last week.

This is how a fair business partnership should be. Dealers are penalized if they fall short of their targets, but if there is a hiccup that they are not responsible for, the brand principal needs to step in and take responsibility.

Also read:At RM 106k, the Honda City RS is only RM 3k cheaper than a Civic - which to buy? 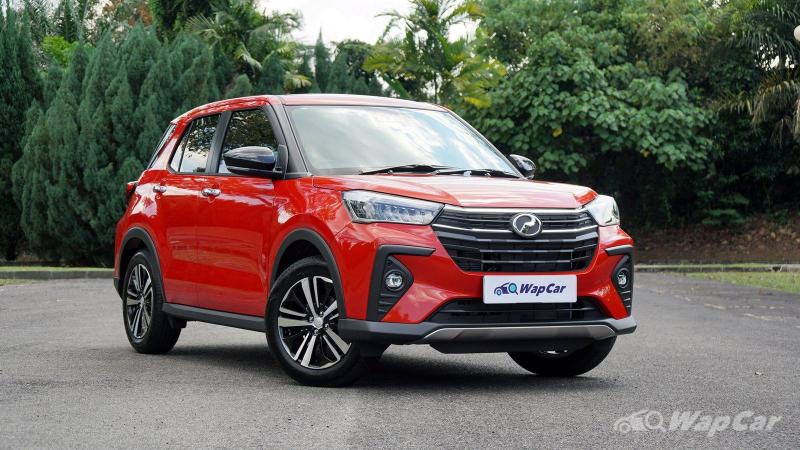 But when you are dealing with a giant that dominates the market, there is little recourse for dealers but to accept whatever terms and conditions given.

Malaysia has a Competition Commission to look into anti-competition / monopolistic practices but so far, the Commission’s involvement in the automotive sector has been limited only to barring the Malaysian Automotive Association from sharing vehicle sales data, which the Commission claims, promotes cartel-like behaviour, a claim which many are still struggling to understand.

Now that it is clear to Korea that the Hyundai Motor Group is the strongest survivor, the government has to move on to the next phase of its automotive policy.

Korea has no intention of cutting HMG any slack. Far from rewarding HMG, Korea has announced a new target for the company. 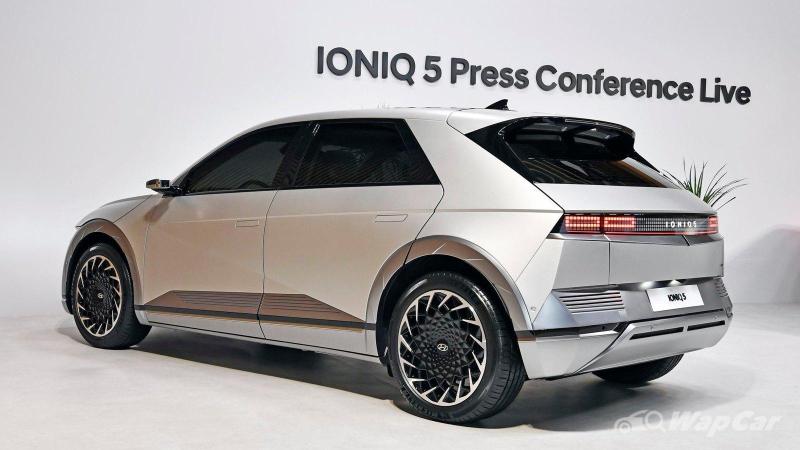 The target given to HMG is 2.5 times higher than other car makers operating in Korea, which are set to only 4 percent. The higher targets set for HMG is to avoid a situation of Hyundai and Kia abusing their dominant position.

BEVs and FCEVs are high cost products and Korea wants HMG to use its dominant position to accelerate Korea’s adoption of zero emission powertrains.

Car companies that fall behind their given targets will be fined an equivalent of 1 percent of its total sales, starting 2023.

What’s the target for Proton and Perodua?

Currently, our tax structure is rigged to provide an unfair advantage to both Proton and Perodua.

For how long are we to continue granting them this privilege? Do we even have a road map stating what we want these two local champions to achieve within the next 10 years? 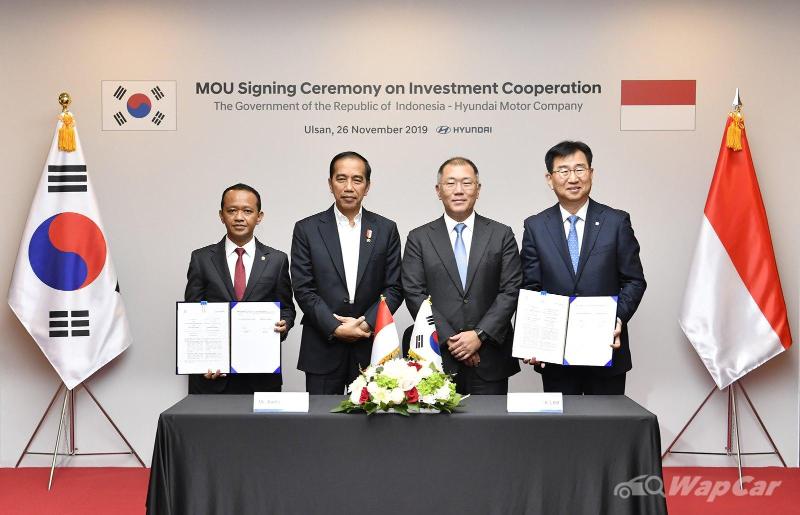 Already, our neighbours Thailand and Indonesia are jumping both feet in into electric vehicles. What’s Malaysia’s response?

Geely has a wealth of experience and knowledge in EVs but without the necessary carrot and stick, why should they make their lives more difficult by introducing such high-cost technology to Malaysia, when they can easily make more money from selling us older combustion engines? Recall Korea’s response to HMG’s dominance.

After the easy win for Proton X50 and Perodua Ativa, it’s foolish to think that we will ever go back to making our own self-developed cars. Why work harder when this cheaper and faster formula works better?

There’s nothing wrong with rebadging foreign models with our local brand. But if this is what we are going to do, let’s be honest about it and do it properly, with fair and open competition. Else, what are we getting in return for the opportunity cost lost? 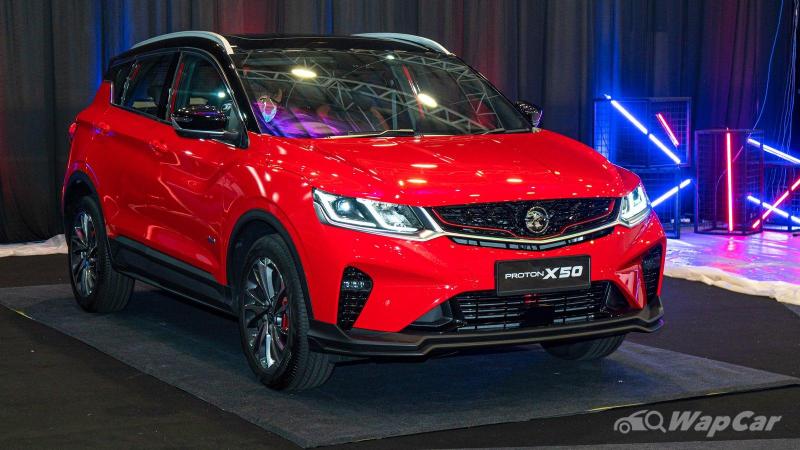 The question is, what is Malaysia getting in return from cordoning a section of our car market just so two foreign car companies can have a home run here and send profits back to Hangzhou and Osaka?

To be fair, Perodua is embarking on a stepped transformation path that will eventually see it become a regional R&D hub for the Toyota Motor group. In fact, Perodua is already doing more for Toyota / Daihatsu than what Proton is doing for Geely.

For example, Perodua is working on developing the next generation D92A Toyota Vios as well as some Japanese market models, but don’t jump into conclusions of Perodua selling a Vios yet, as Perodua is merely providing engineering services. 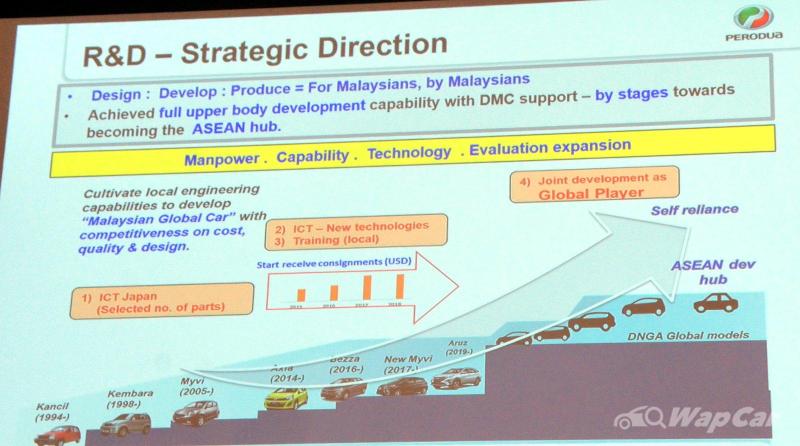 But still, should we be pleased to have one local champion after burning down the entire playing field?

And let’s not forget that it’s an open secret that the so-called ‘local content’ rules used by local manufacturers to qualify for excise duty reductions is open for manipulation.

What’s declared as a local content is often merely just local assembly of imported ‘child parts,’ packaged into a sub-assembly or a module by a local company, who will then pass it off as a local item so the local manufacturer can qualify for excise duty reductions. Where is the technology transfer and creation of high-level knowledge-based job positions?

So again, what’s the deal here for Malaysia?