Home > News > If SUVs are safer than sedans, how do you explain the Persona and HR-V toll crash?

If SUVs are safer than sedans, how do you explain the Persona and HR-V toll crash? 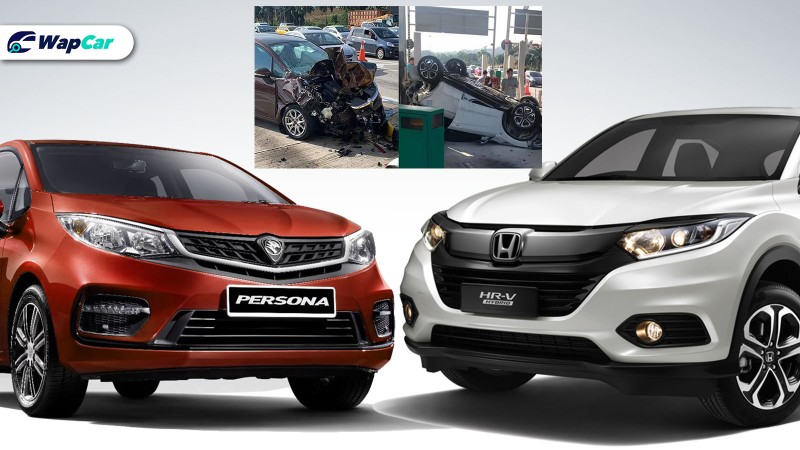 A common excuse for buying an SUV would be the added safety in the event of a crash. SUVs are bigger and thus we instinctively associate them with strength. And there is some truth to that. In the event of a collision of two cars, it is usually much better to be in the bigger car. But SUVs are also associated with higher centres of gravity and they generally rollover much easier.

So, if safety is your main concern, should you get an SUV or a sedan?

It depends. To be fair, we’ll be looking at an SUV and a sedan from the same make that almost match up to each other in terms of size.

In the first place we should be avoiding crashes, but well, shit happens. In a standardised crash test done by ASEAN NCAP (ANCAP), a car is hurled towards a deformable barrier at 64 km/h. 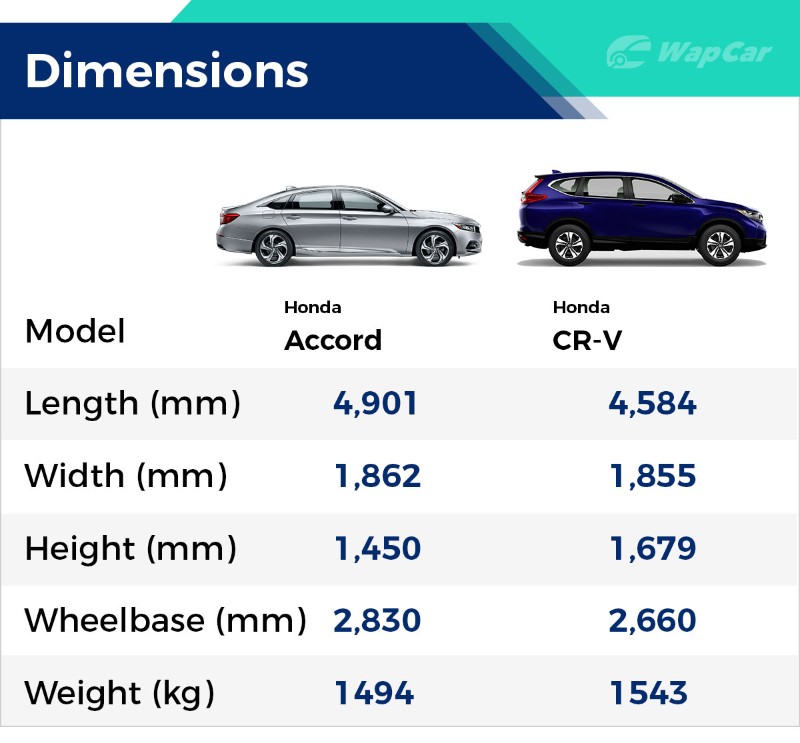 Now, I was going to compare a Honda Civic to the Honda CR-V since they’re both C-segment cars of the same make which are quite popular, but ANCAP tests and reports have changed since 2017 and there are no updated ANCAP reports on the Honda Civic FC. So let's put the Honda CR-V against the Honda Accord.

The important changes in the crash test (since 2017) include:

Now, you might wonder why we don’t crash test cars at speeds above 100 km/h, but it’s really quite pointless. Extremely high-speed crashes are usually fatal and unless you’re built like Ugly Graham, you won’t survive. So, let’s look at how the new Honda Accord and Honda CR-V did in the updated ANCAP crash test. Both Accord and CR-V have 6 airbags each. 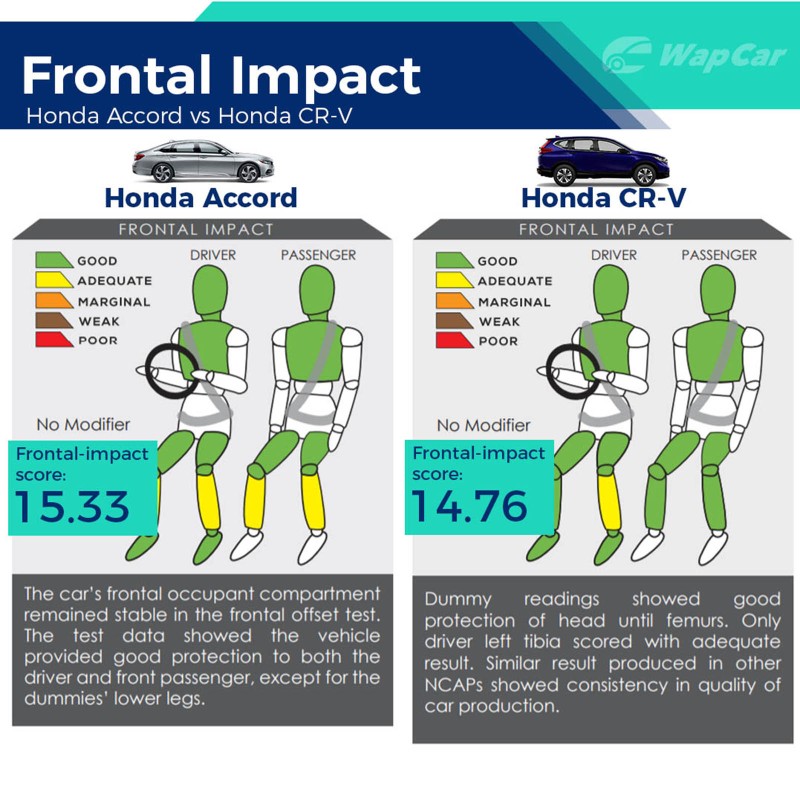 How do we read the score? Well, a higher score indicates higher occupant protection levels. In the ANCAP frontal impact test, the Honda Accord fared better than the Honda CR-V. 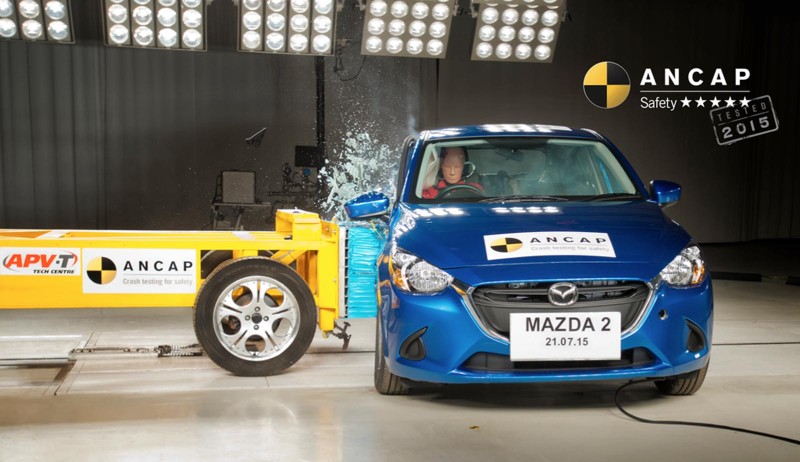 These scores are obtained by evaluating the acceleration and forces exerted on the Q dummy. It is however, important to note that both vehicles are hurled towards a deformable stationary wall at 64 km/h. Heavier vehicles generate more momentum and as a result, generate more force on the occupant. The CR-V is about 50 kg heavier than an Accord so it could have affected the results.

If two cars were to collide head-on, the heavier car would stand a better chance. In the case of the recent Proton Persona and Honda HR-V demolition derby however, the collision wasn’t head-on and we could see how the HR-V rolled over while the Persona suffered frontal damage due to rear-ending the moving HR-V. The speed and direction of both vehicles affect the outcome of a collision. 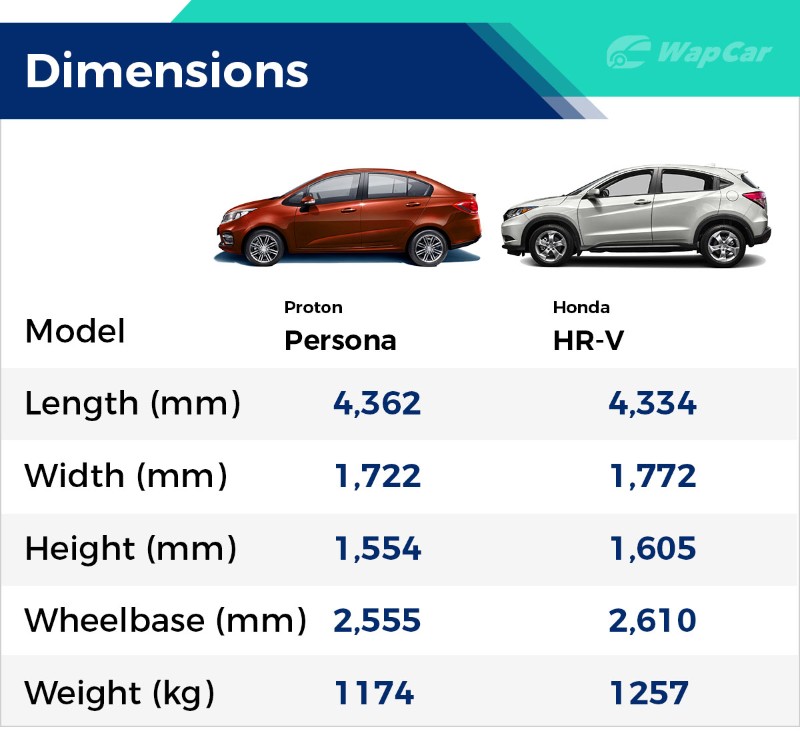 How do the Proton Persona and Honda HR-V match up against each other in the ANCAP test?

In terms of frontal impact, the HR-V leads with 15.21 AOP points. It seems the driver of a Proton Persona also gets less protection at the leg area. With a rolled-over HR-V however, this data does not translate. Dimensions wise, the HR-V is slightly bigger and about 80 kg heavier.

So, if two cars were to tackle each other head-on like rugby players, we can be quite sure that the SUV driver would fare better. This however, is not the most common type of traffic collision.

Going back to the Hondas - In terms of side impact, both Accord and CR-V scored an equal 16 points. Side impact tests are more equal since the cars are tested when stationary. They both look alright here. 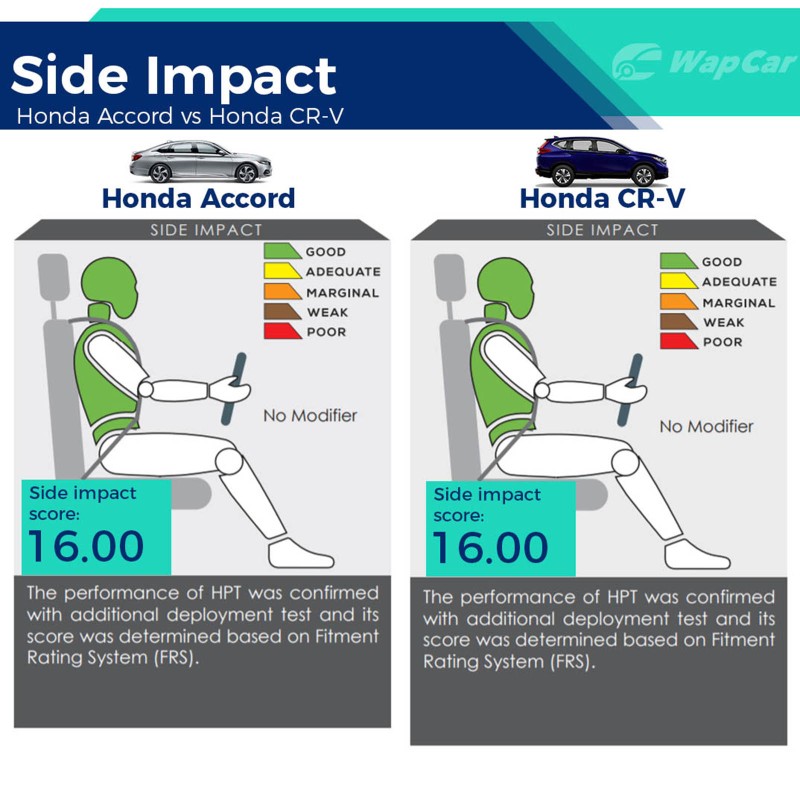 As far as Malaysian cars go, we have the ANCAP test as a measuring stick for vehicle safety. Although it might look like a simple front and side impact test, it is a very extensive, very standardised, and very costly test for vehicle safety. To test for various case scenario accidents would multiply the costs tenfold. The results we have now serve as a good guideline for those concerned with safety. 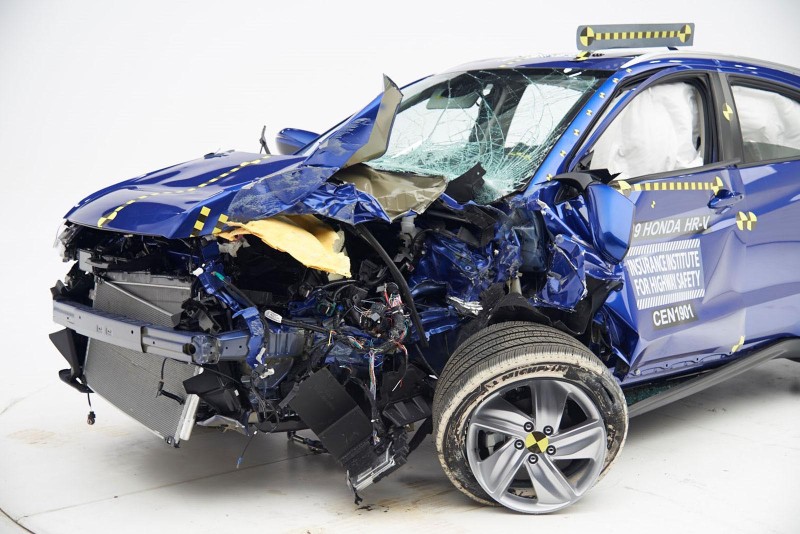 Regarding safety of SUVs vs sedans, your safety depends on the accident parameters. Statistically, rear-end collisions are the most common type of traffic collision. In this case, you are hitting a stationary object (car), albeit less sturdy than the concrete wall in the ANCAP test. And in that case, the updated ANCAP test of a Honda Accord and a Honda CR-V show quite similar results.

It is better to drive reasonably and avoid accidents, but the subject matter of good driving is better discussed by my more qualified colleagues. Some of us may be extremely skilled drivers but a general rule for most of us is if you drive like lightning, you’ll crash like thunder.

SUVs are safer in certain crash conditions, but they also rollover easier. The more important thing is to drive safely.