Home > News > In Brief: Volvo XC40, this is how all family cars should be

In Brief: Volvo XC40, this is how all family cars should be 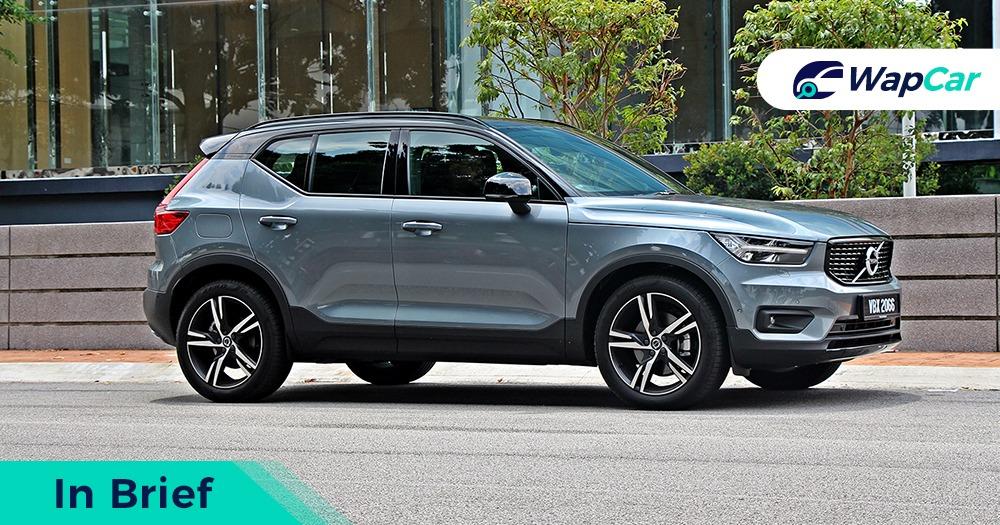 With the hatchback Volvo V40 no more, the taller riding (and higher priced) Volvo XC40 is now the lowest entry point to the Volvo family.

This five-seater locally-assembled XC40 is priced at RM 255,888 and it’s only available in one T5 AWD R-Design variant. 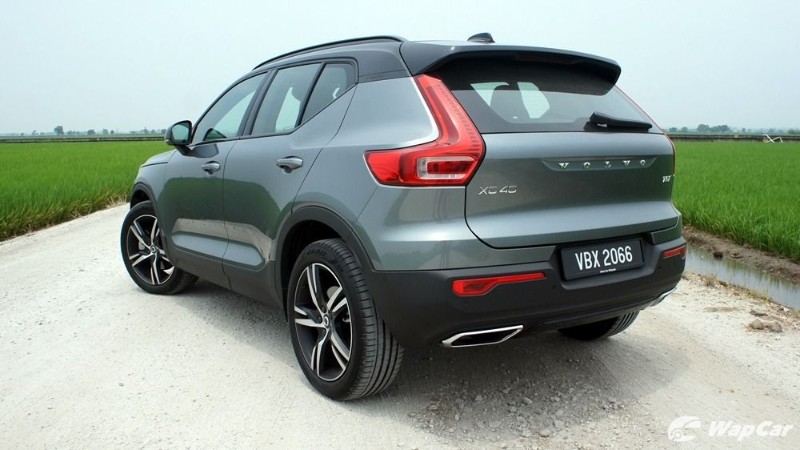 A small number of cheaper but lower power output T4 variants were also imported late last year but these have all been sold out. There wasn’t a lot of difference in the prices, a circa RM 10k difference but the reduction in features was quite a lot. 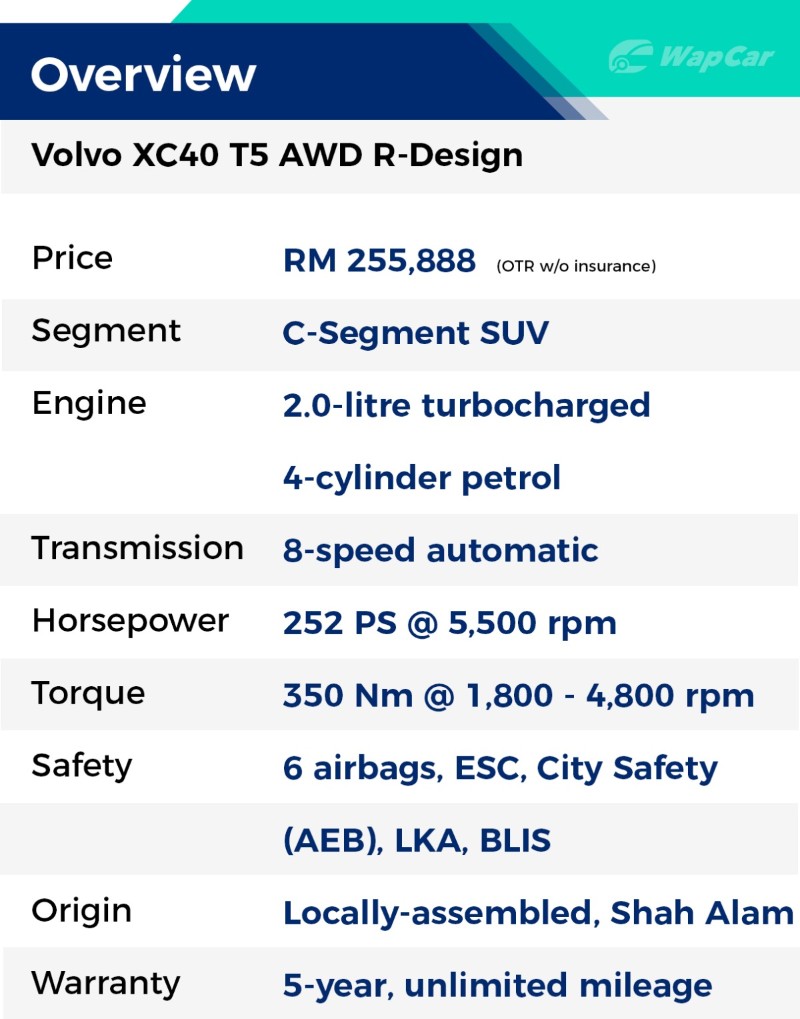 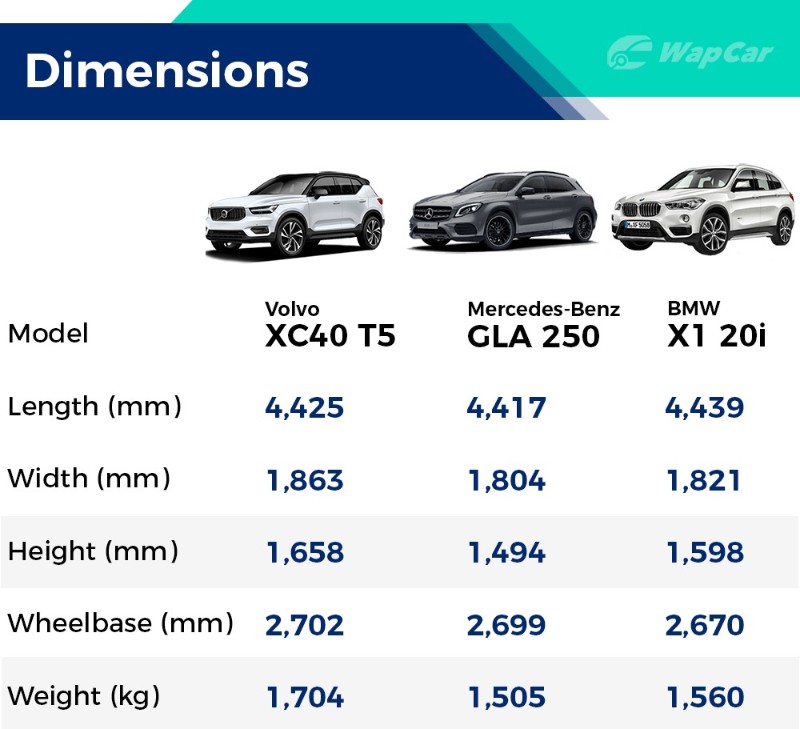 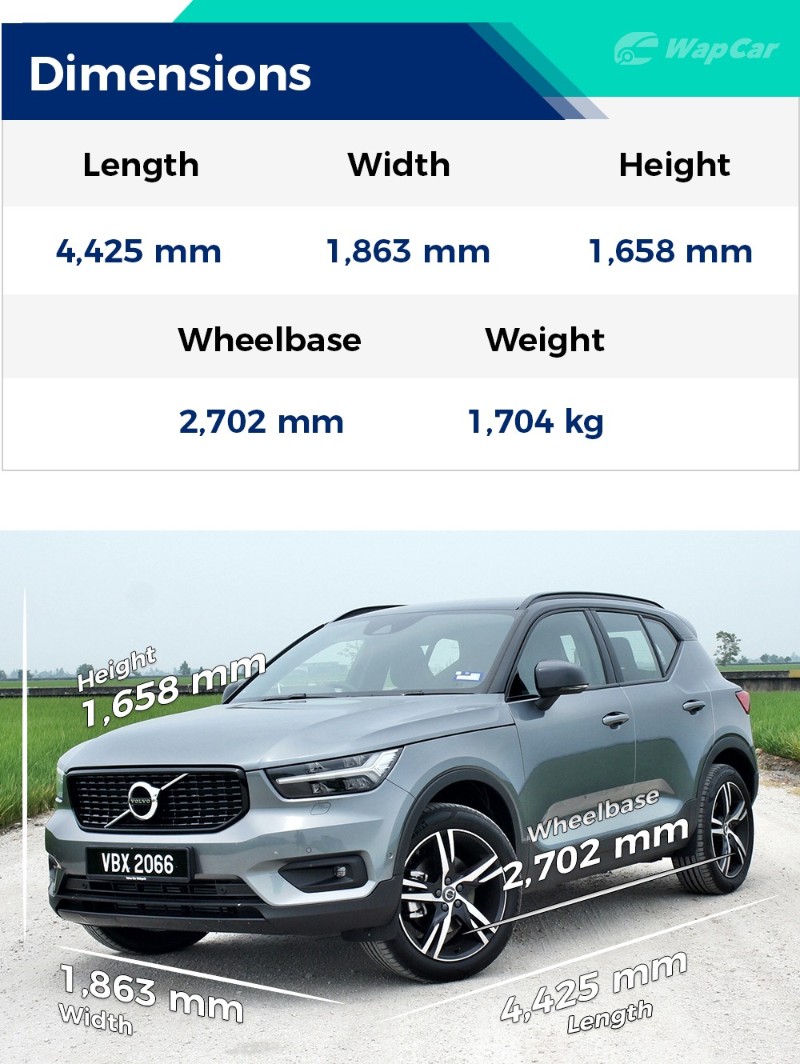 Rivals include the BMW X1 and Mercedes-Benz GLA. Locally, the X1 is cheapest of the trio since BMW doesn't offer 30i variants, with the Volvo XC40 being the biggest.

As far as premium features and luxury appeal, the Volvo XC40 is more than a match for the established German players. In fact, we will venture further to say the Volvo is actually a lot better.

What’s best about Volvo cars is that the Swedes bring their own interpretation of what a premium car should be, and to the Swedes, cars should always centre around its users, not how many horsepower the engine makes. 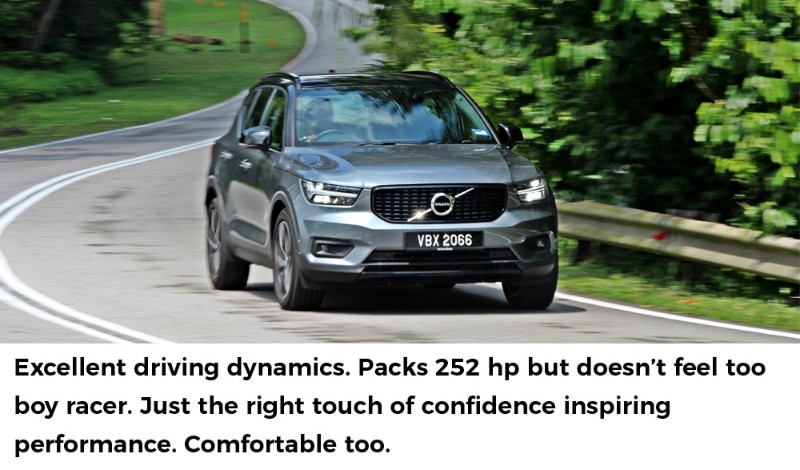 But Volvo doesn’t make a big deal out of its performance credentials. Instead, the highlight of every Volvo is its interior. 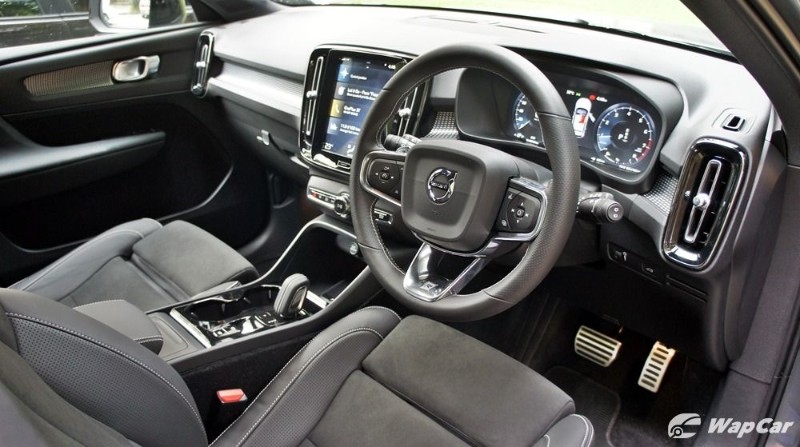 If we were to rank vehicle interiors for their practicality, the XC40 sits right at the top. The portrait format infotainment screen makes so much more sense than other vehicle’s landscape format displays. 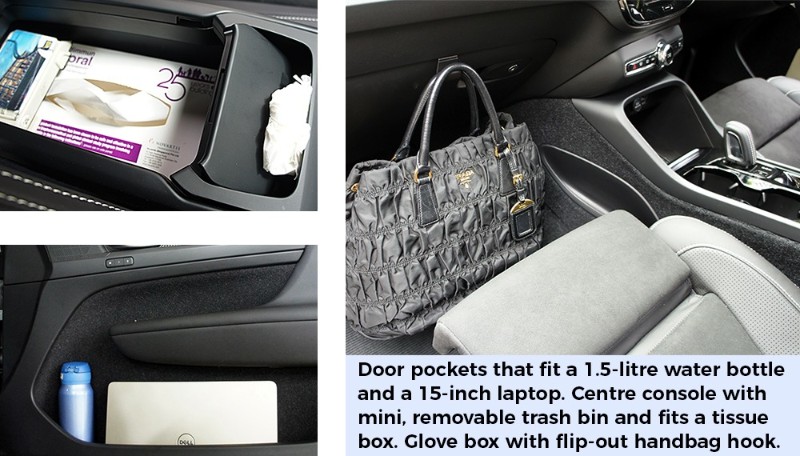 There’s a lot of storage space though out the cabin. The front door pockets are large enough for a laptop – no easy feat to achieve because the front speakers have to be relocated into the already very-cramped space behind the dashboard. The only other car to do this is the Mazda 3 but even the Mazda couldn’t free up this much space. 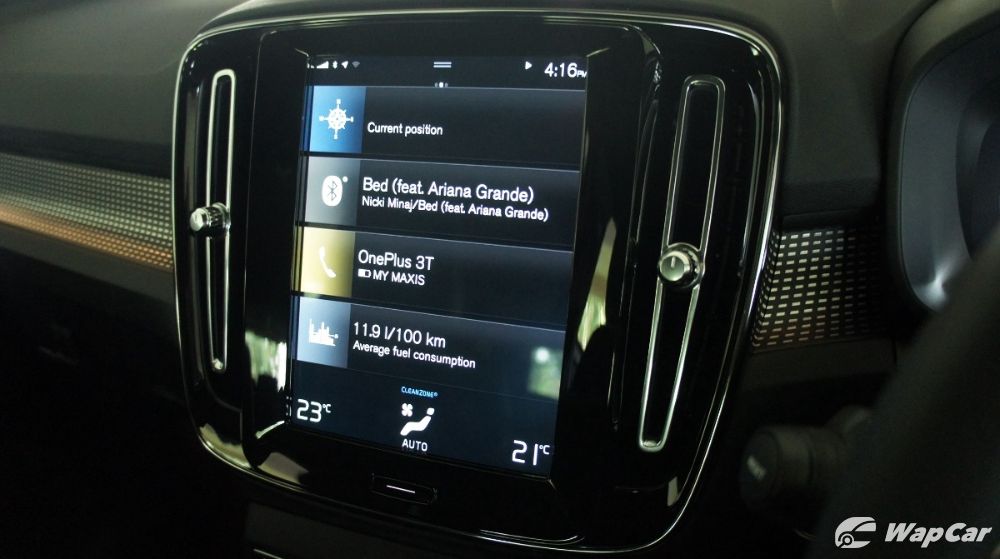 The glove box has a flip-out hook so ladies can safely hang their handbags low enough, but yet not touching the floor. Brilliant! 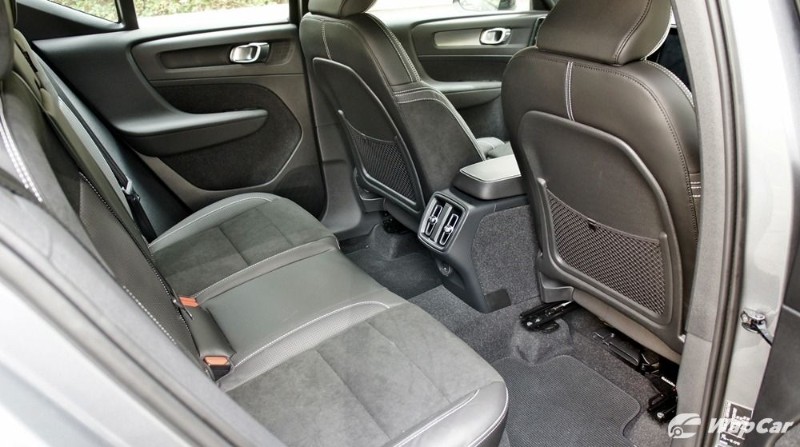 The ride height is just nice. The SUV’s hip point is high enough that you simply step into the car rather than drop yourself onto the seats, but at the same time is not too tall until it’s difficult for children or ladies in dresses, or even elderly folks to get in/out.

The centre console box is big enough and deep enough to fit a tissue box, and more. Ahead of it is a small removable trash bin.

The XC40 is a car that’s designed with families in mind but at the same time, it’s still stylish enough that single folks can actually score dates with one. 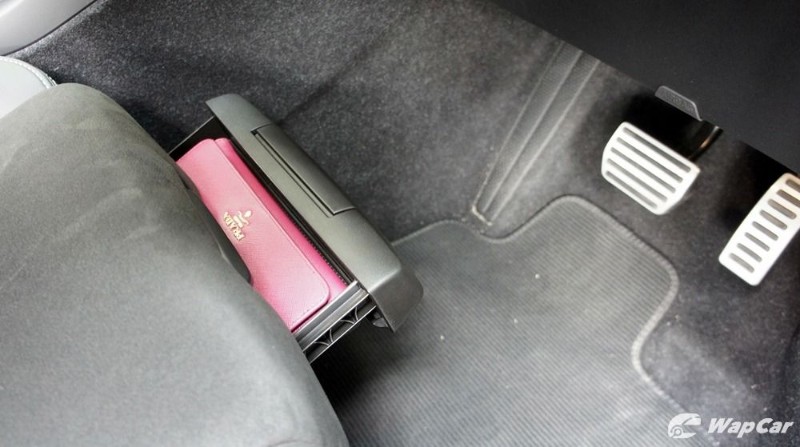 Underneath the driver’s seat is a ‘small secret’ tray to hide your valuables.

Behind, the two-tier boot floor flips and folds up to reveal three grocery hooks, making this Volvo the perfect car for grocery runs. No more leaving grocery bags rolling about on the boot or cabin’s floor. 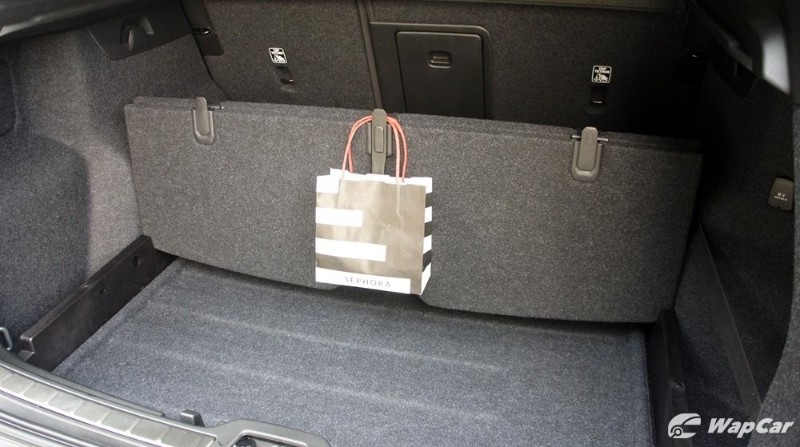 ‘Designed around you’ is not just an empty marketing talk. It’s a promise that every Volvo lives up to very well.

Being a Volvo, safety is a given. There are more acronyms for a variety of safety features than we can list down and it’s safe to say that very few cars, including those from higher range segments, can match its safety credentials, never mind its in-class rivals.

For example, when other premium car makers are only starting to introduce autonomous emergency braking, which works only on hazards that are directly in front, the Volvo XC40 is already capable of seeing around corners (City Safety with Intersection Support).

With frontal collision mitigation done, Volvo looked to the rear. The XC40 is equipped with rear collision warning, which rapidly flashes the hazard lights if it senses danger approaching from behind. If collision is imminent, the XC40 will tighten the safety belts. The front seats’ headrests are also designed with the help of Swedish orthopedic surgeons to minimize back and neck injuries. 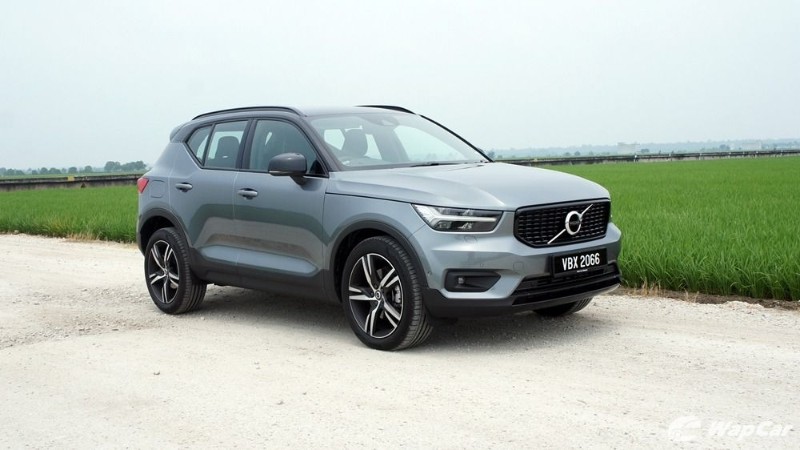 Downsides? It’s hard to find. If we were to nitpick, it will be the engine’s idle start-stop function. Start-stops are reasonably smooth but there’s no physical button to disable it in one-touch. To disable the function – which you need in our intense stop-go traffic, you will have to enter the infotainment’s menu options.

The air-conditioning vents also have a rather limited range of adjustments, limited by the size of the infotainment screen.

You know it’s a really good car when these are the only thing we can complain about. 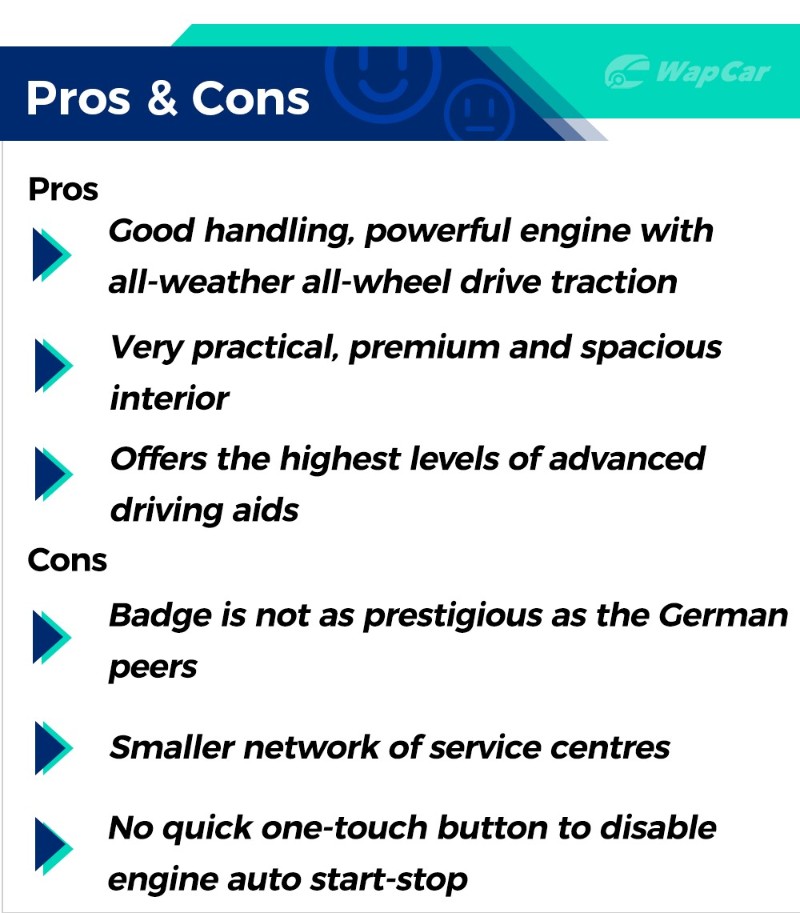