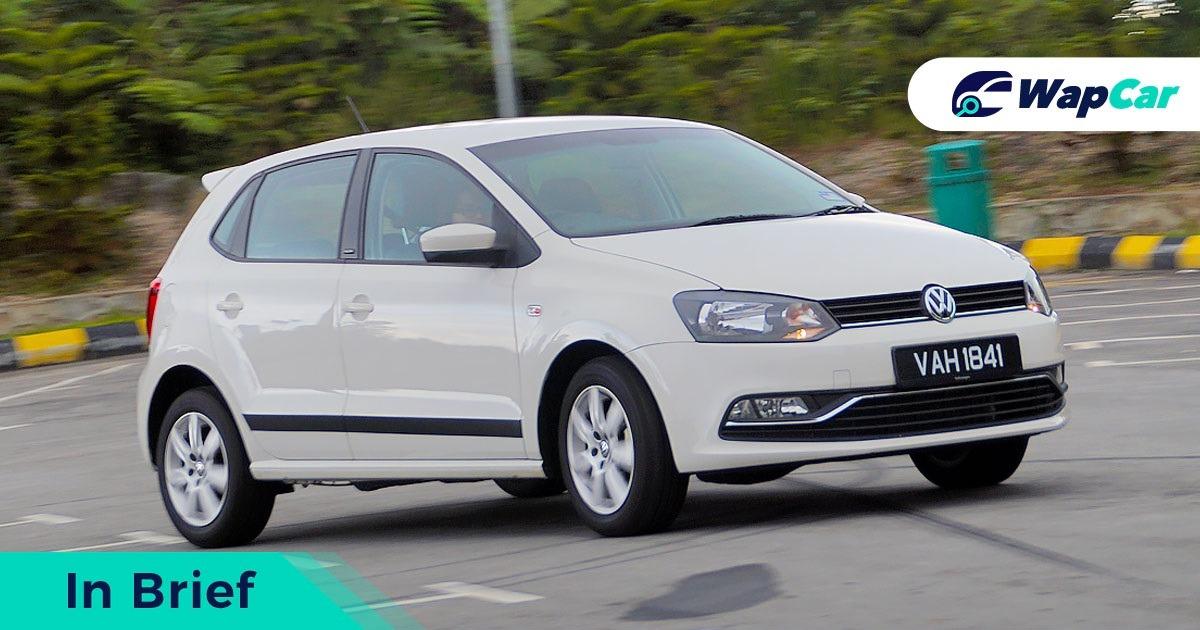 The Volkswagen Polo is the cornerstone of Volkswagen Malaysia’s line-up, and has been around since 2010.

Back in 2010, the Polo was available with a fancy TSI and DSG powertrain combination, but was discontinued a couple of years later. 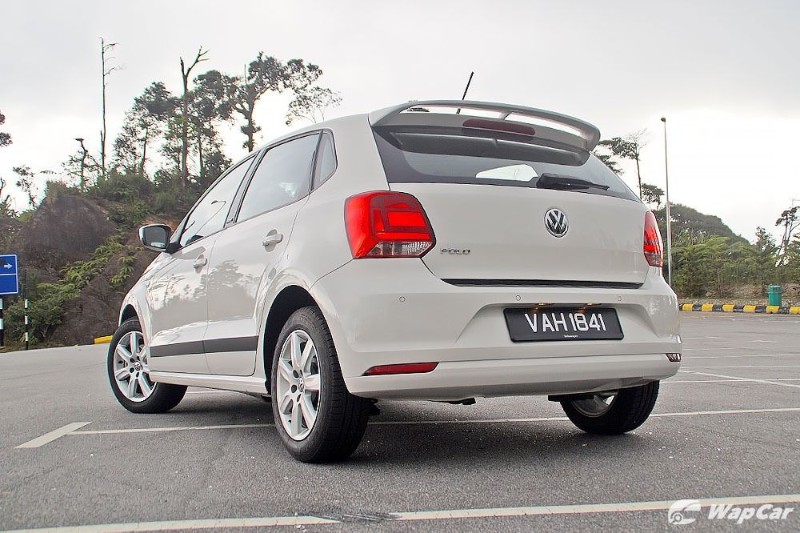 The Polo you see here was introduced back in 2015, featuring a basic 1.6-litre MPI engine mated to a 6-speed torque converter automatic.

Priced from RM 74,990 for the Comfortline variant, the Volkswagen Polo is the most affordable model in Volkswagen Malaysia’s line-up. 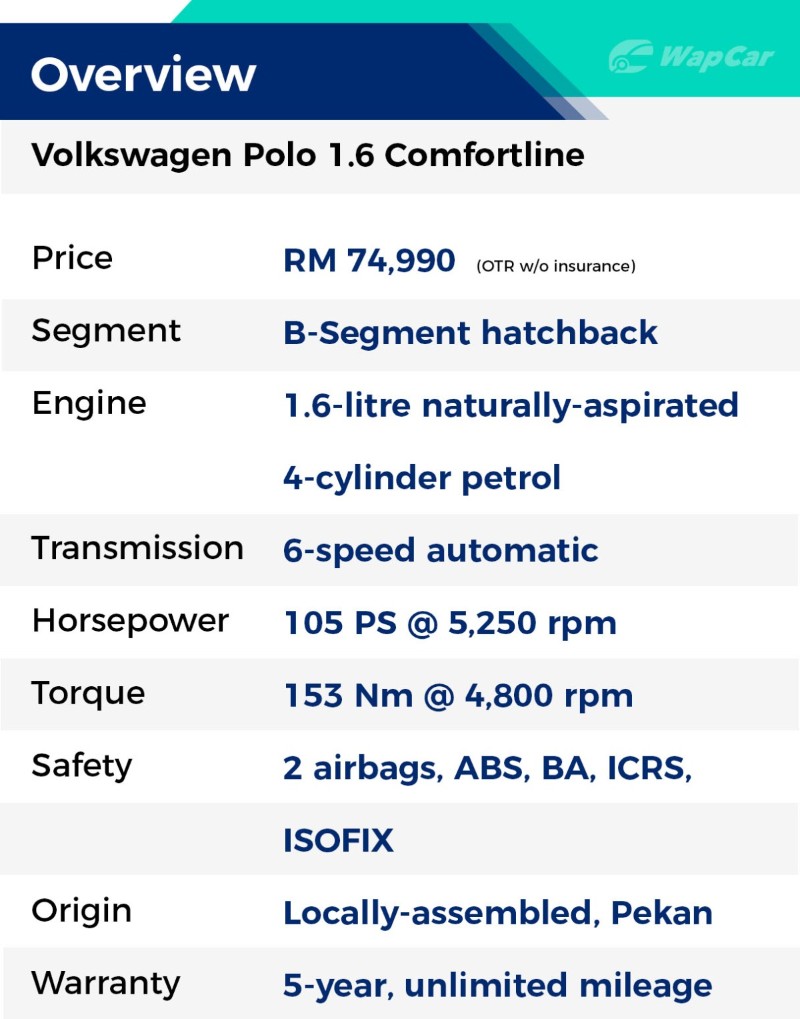 Being a Volkswagen, ride and handling is almost certainly a given. The little Polo offers class-leading refinement levels, able to suppress external wind noises and tyre noises from entering the cabin. Not many other segment rivals can boast such a claim. 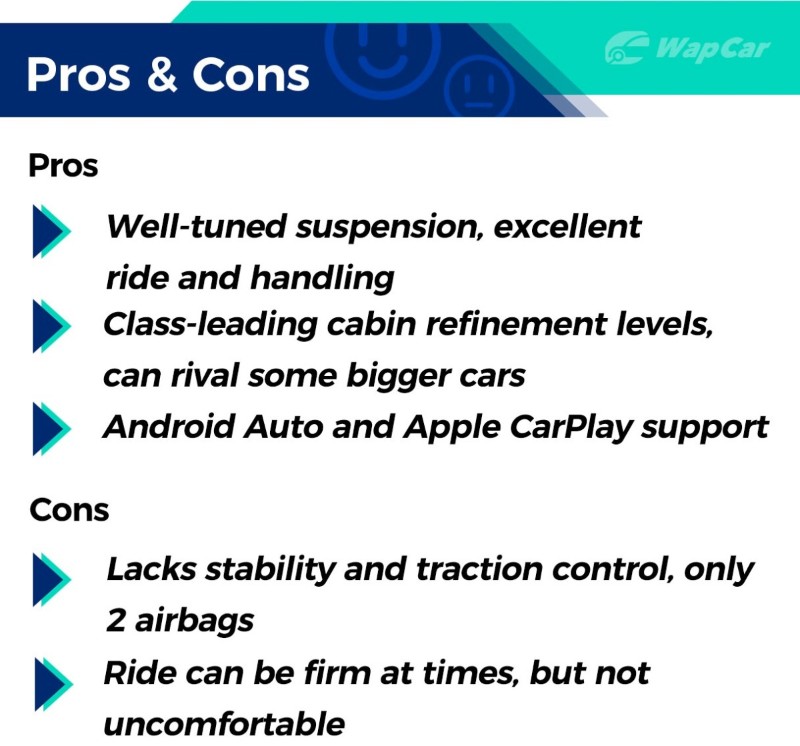 With that said, the Polo’s suspension is tuned for highway cruising. The ride is firm which grants it great body control but at the same time the Polo manages to maintain a supple ride over rough tarmac. 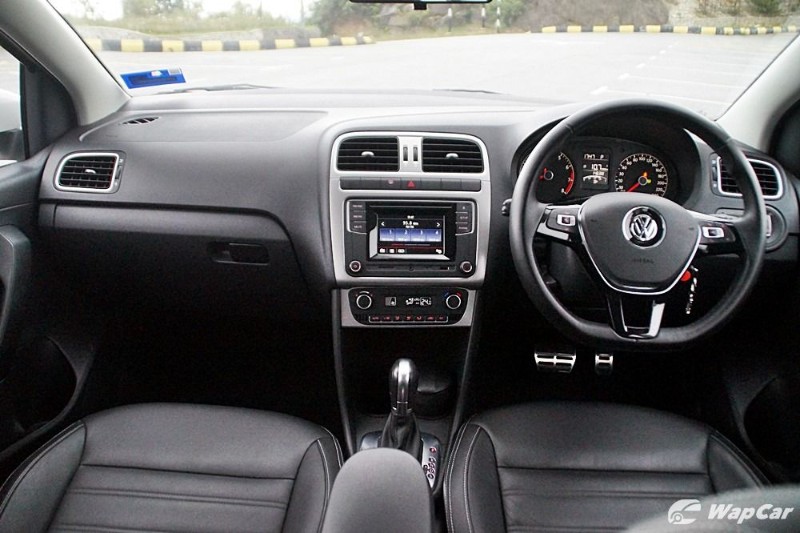 Further adding to the comfort of the Polo is its rear air-conditioning vents, making the Polo the only B-segment hatchback to offer this feature. 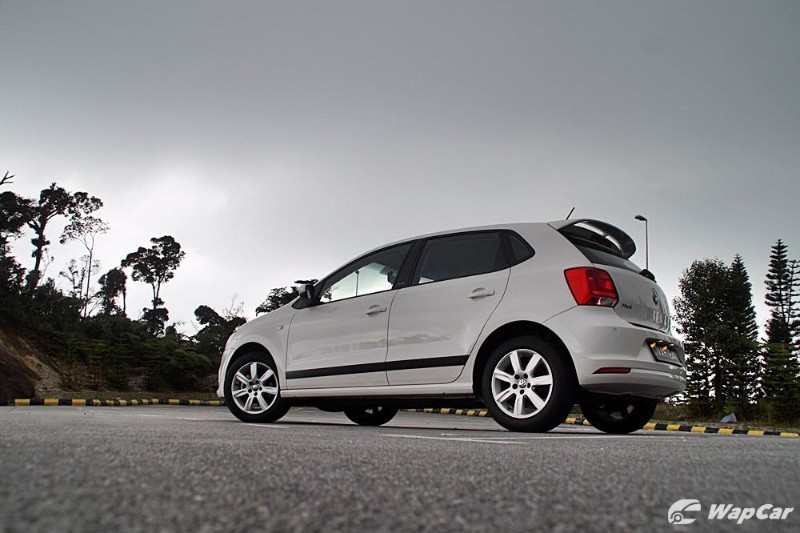 However, safety kit is rather lacking in the Polo – rivals such as the Toyota Yaris offer 7 airbags and stability control across the range, making the Polo’s 2 airbag look paltry by comparison. The Polo also lacks stability and traction control, something which are available on much cheaper cars (read: Axia). 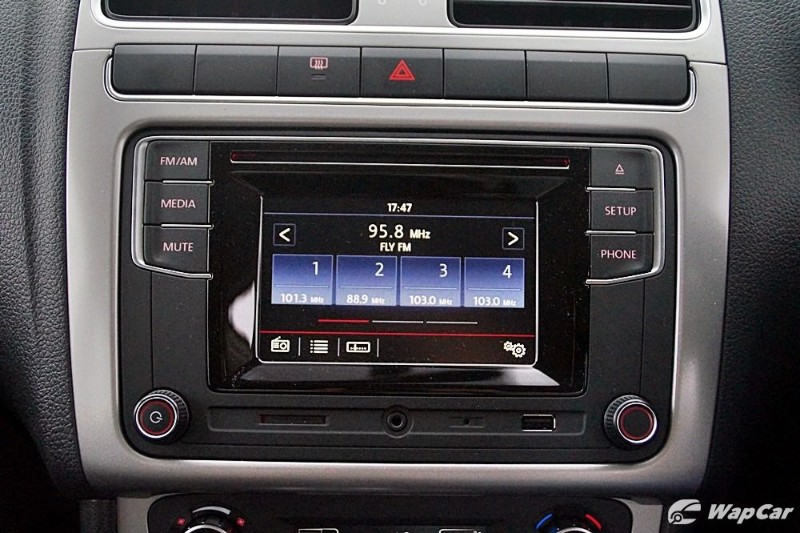 The slow steering rack also robs the Polo of its handling prowess, so it won’t be tackling corners as precise as the Honda Jazz or even the Mazda 2. Again, the slower steering rack is better suited for long-distance highway cruising than a weekend blast down your favourite mountain route. 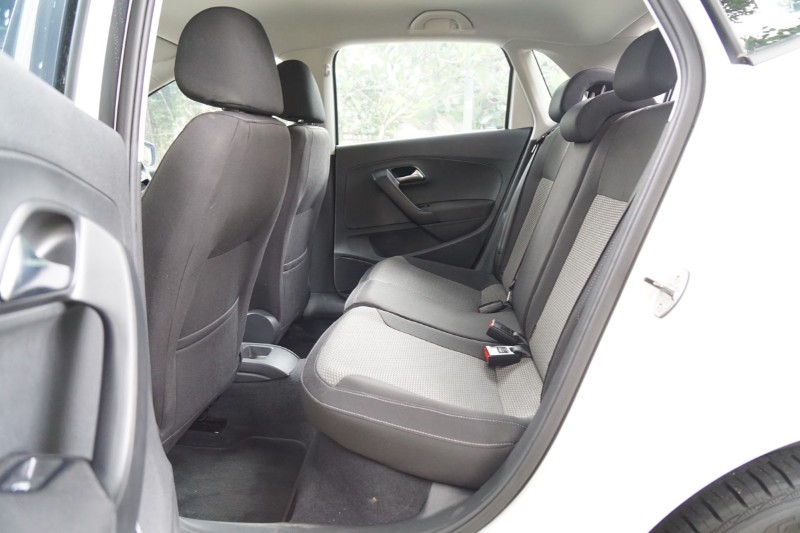