In Japan, a Mugen Honda Civic Type R is RM50k cheaper than a standard FK8 in Malaysia 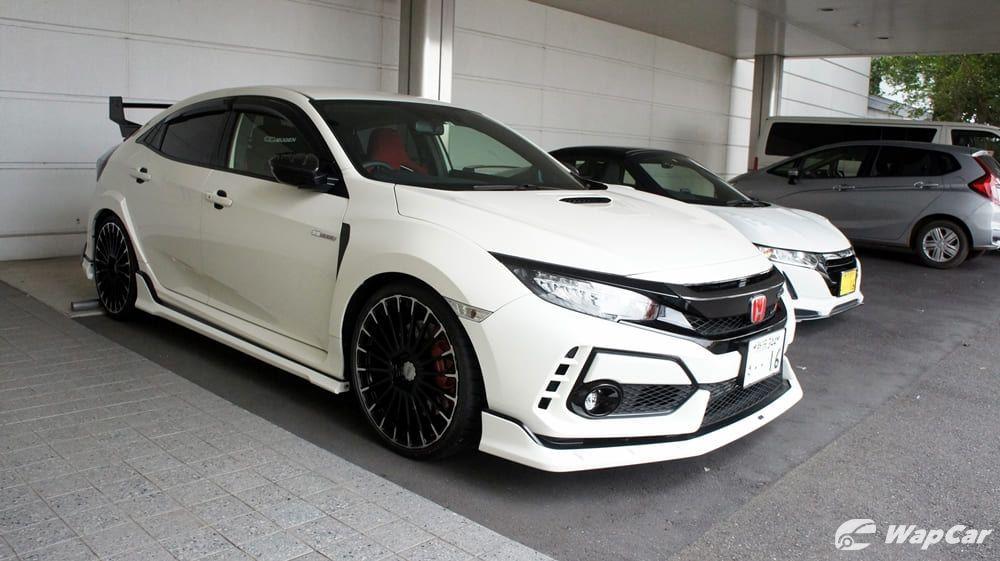 We recently paid visit to famed Honda tuner Mugen’s headquarters in Asaka city in Japan. Behind the walls of this nondescript building bearing the subtle ‘M-Tec’ signboard - the name of Mugen’s holding company - was where many legendary F1 engines of the glorious naturally aspirated V10 era were built. 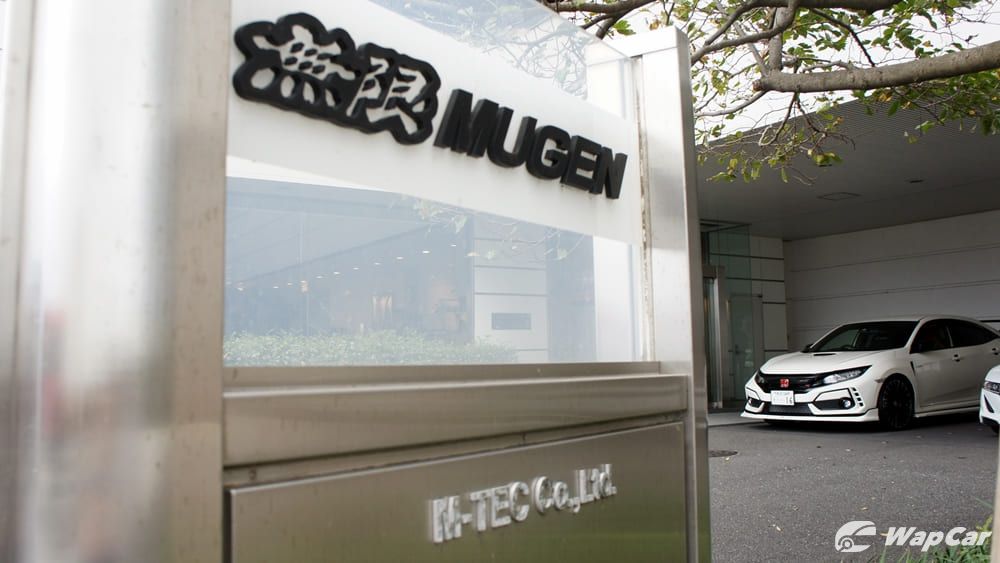 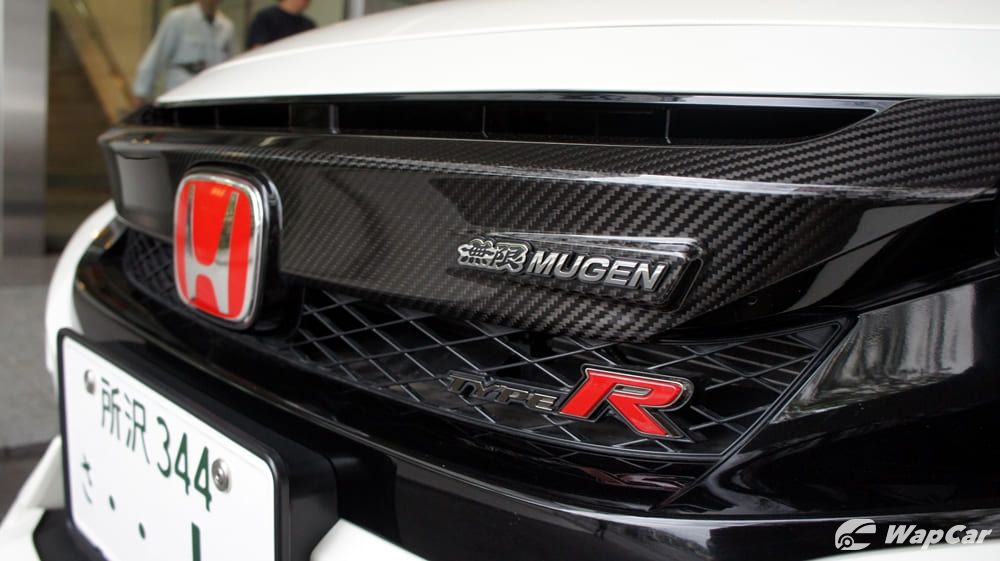 By the way, the correct way to pronounce Mugen is ‘moo-gant’ and not ‘miu-gen.’ Mugen means limitless in Japanese, ‘moo’ as in a moose, and ‘gant’ as in gantry, so ‘moo-gant.’

In fact, the wrong way in which the Mugen name is pronounced is quite annoying to Mugen associates. 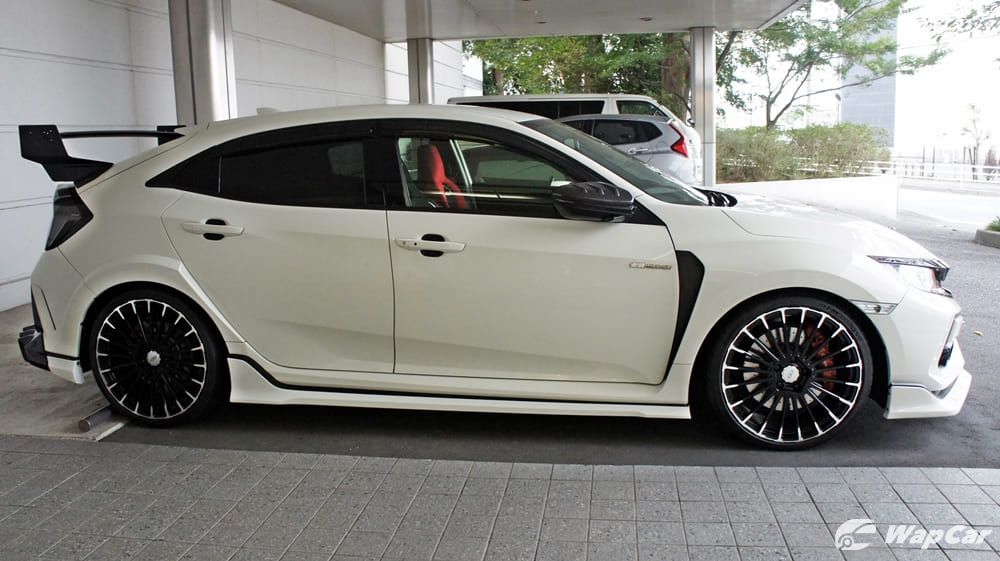 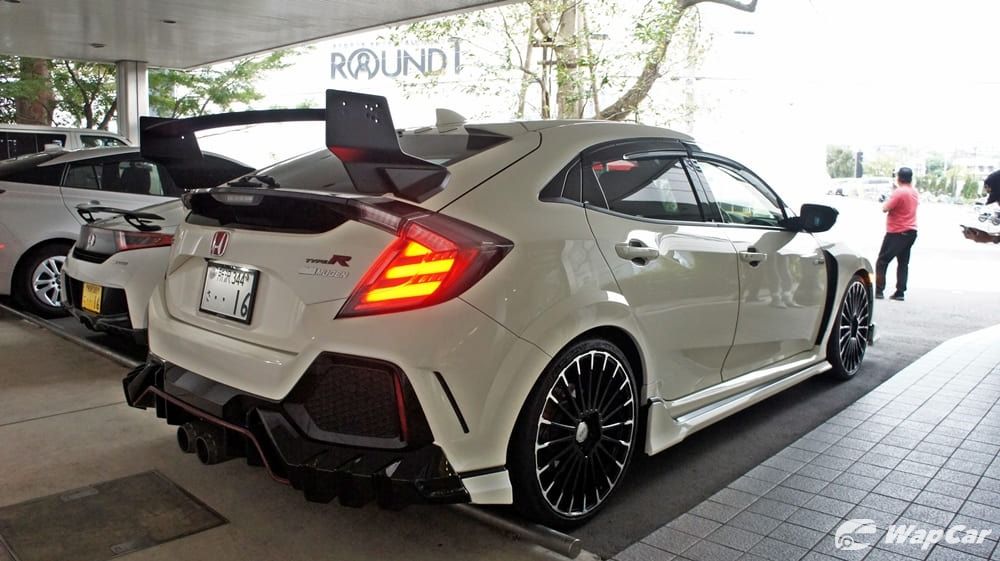 The engine and transmission remains untouched, so it still makes the same 310 PS and 400 Nm from a 2.0-litre turbocharged and direct injected transverse four cylinders, driving the front wheels via a 6-speed manual transmission, of course. 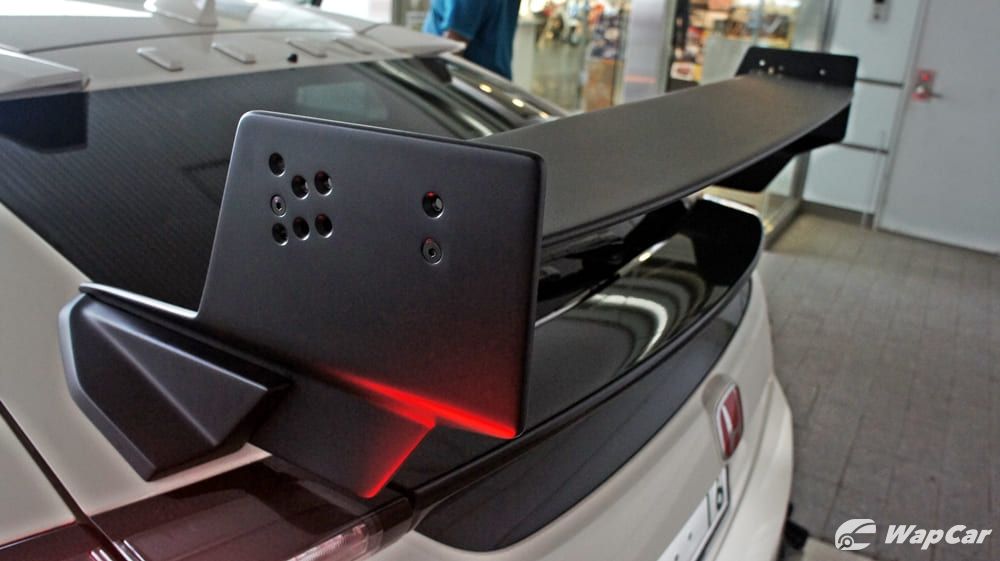 This demo car by Mugen has been given the full set of Mugen accessories and everything you see here can be ordered from Mugen’s parts catalogue. The only exceptions are the rear wing and twin exhaust – both are still under development. 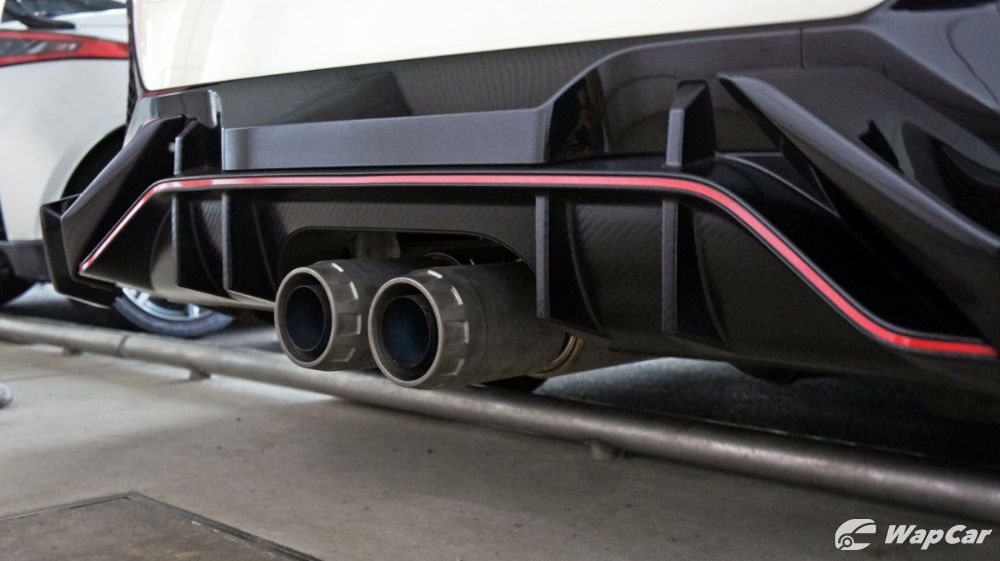 The matt finished aluminum wing has adjustable attack angle while the twin muffler exhaust replaces the original car’s triple muffler setup, but why would you want to do that? 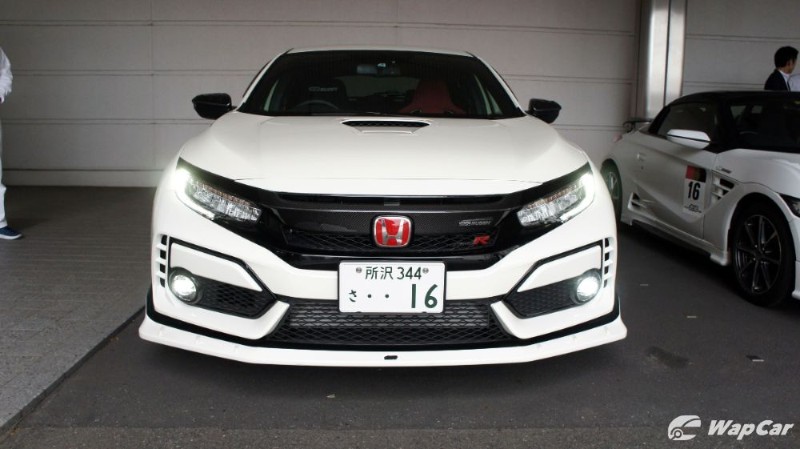 The Civic Type R’s original exhaust is probably one of the best in any car. It’s quiet when cruising but ferocious when you are pushing. Instead of relying on complex electronically controlled valves, Honda uses a purely mechanical setup that employs clever manipulation of air pressure to achieve the same. So why would anyone want to replace that piece of mechanical art? 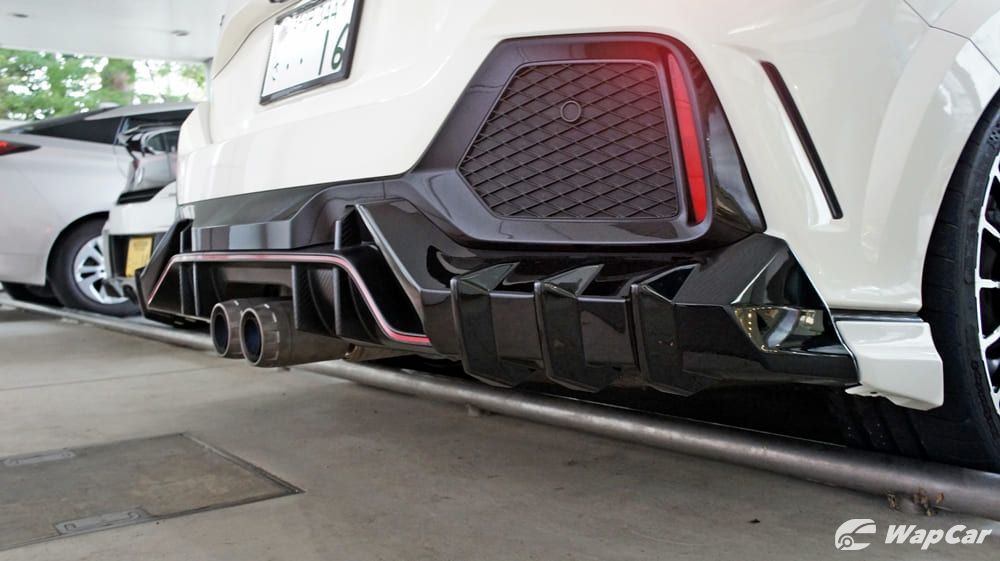 The LED tail lights also feature dynamic turn signals, with LEDs illuminating sequentially in the direction of turn so that’s an upgrade over the standard car’s. 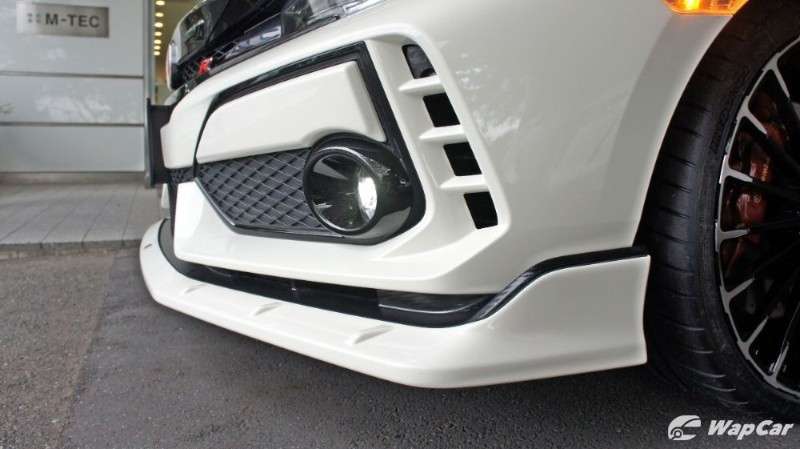 Inside, there’s a Mugen full bucket race seat (seat rail set included). The gear knob can be upgraded with either a carbon fibre item or a leather wrapped unit. Mugen also offers a quick shifter kit. 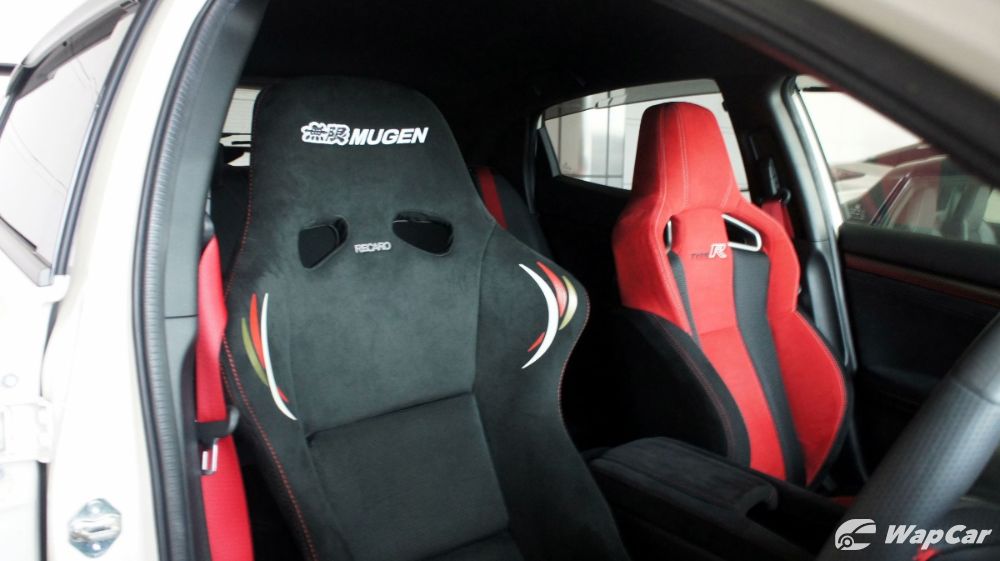 Of course, there’s the usual Mugen scuff plates and other ornaments. 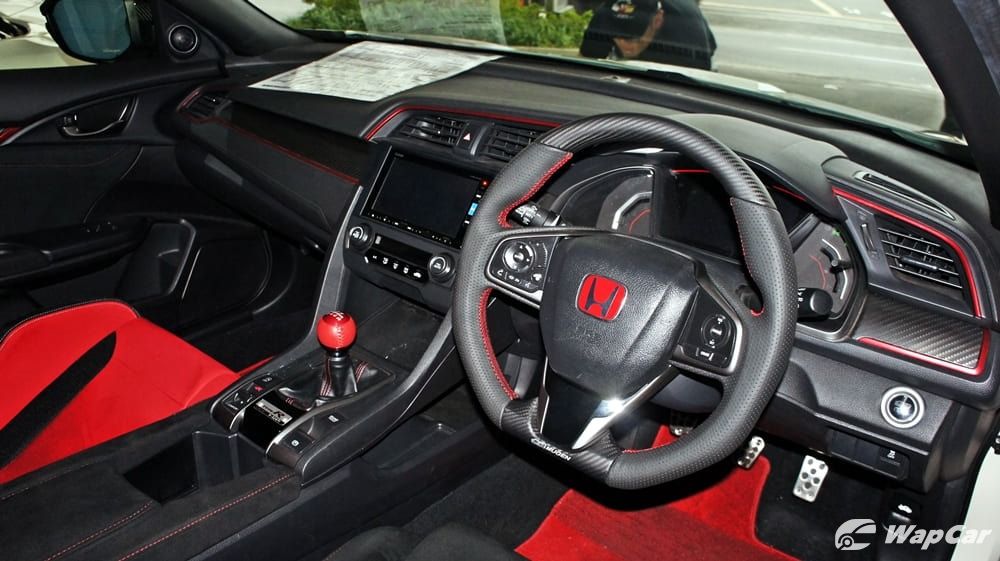 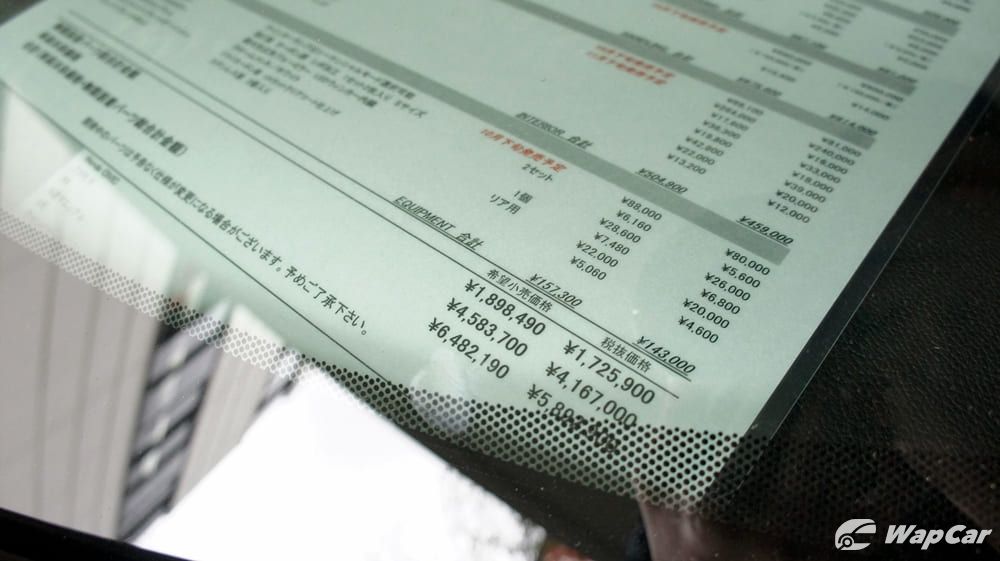 Including the car but minus the not for sale rear wing and exhaust, the car you see here will set you back 6.482 million Yen, or about RM 249,000. That’s still a lot cheaper than the standard Honda Civic Type R’s price in Malaysia, which is RM 330,002. 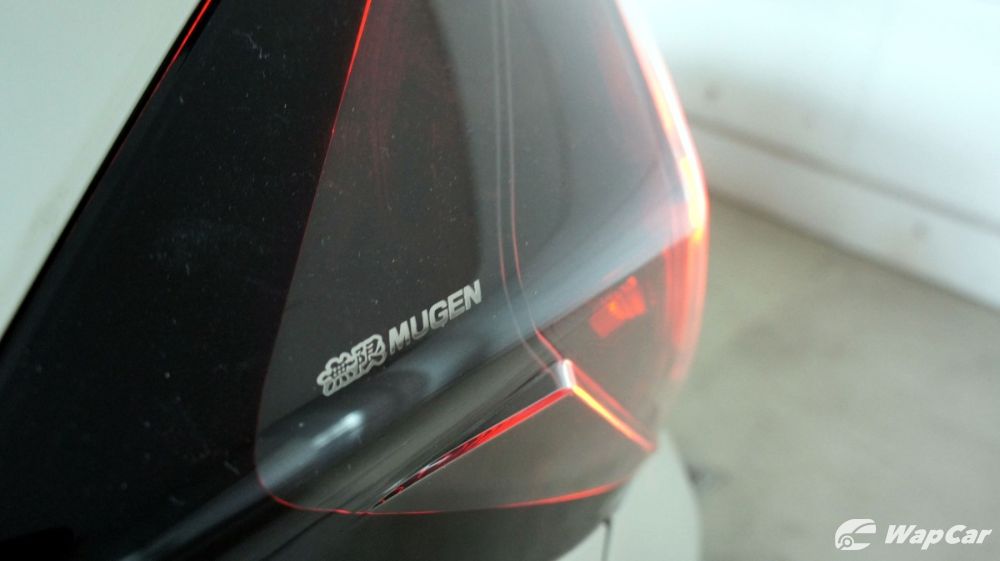 You can blame our country’s 80 percent excise duty and 30 percent import duty (for 1,996 cc engines) for that, as the Honda Civic Type R is imported from the United Kingdom (Japan no longer make Civics). The regular Honda Civic sedan is locally-assembled in Pegoh, Melaka, so those get taxed lower. 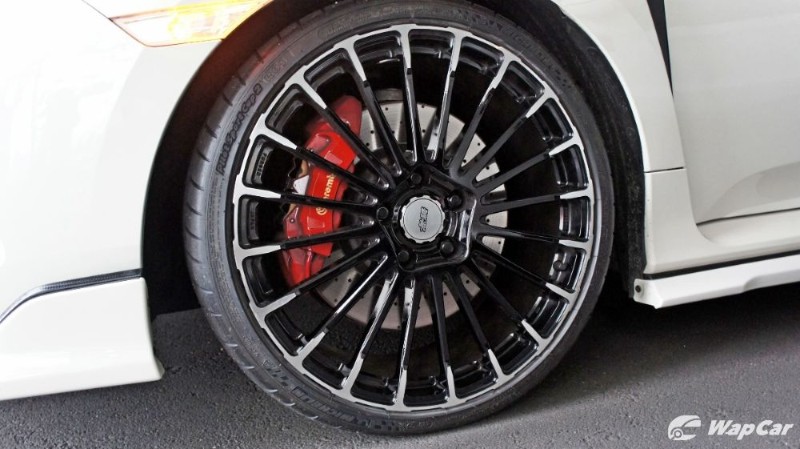