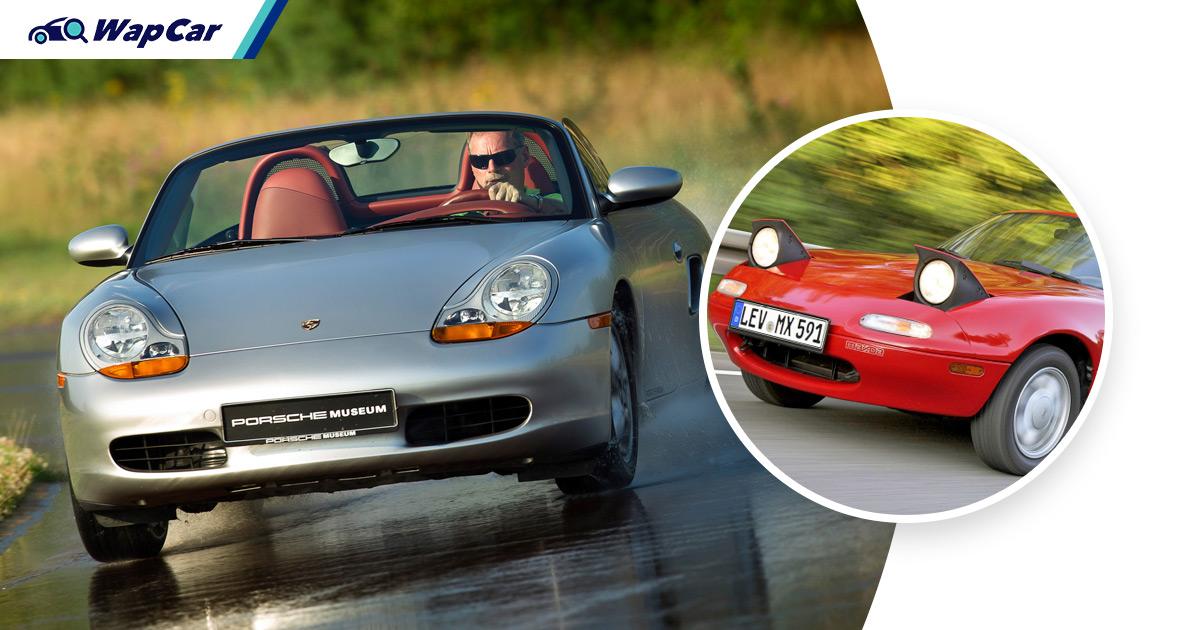 If popular motoring culture has taught us anything, is that it sucks being known as the “entry-level” model. The Viva will be more pariah than a prince to the Myvi. Likewise, it is the same for the Porsche Boxster, or as everyone likes to call it – the “car for those who can’t afford a 911”.

Yet, despite the undying love shown by Porsche for the 911, the Boxster plays a bigger part in the company’s history than many fans would care to admit. 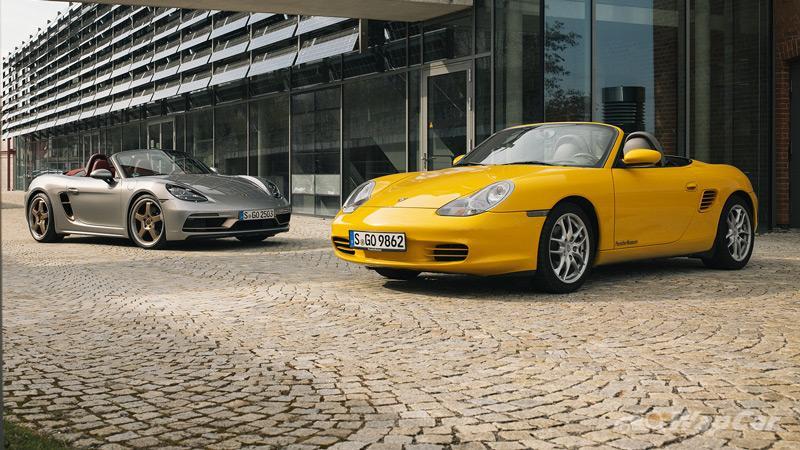 Not only can you trace the Boxster's lineage all the way back to Porsche’s first sports car, the mid-engine "356 No.1" roadster, but it was also the company’s saviour.

Believe it or not, there was a point in time when Porsche wasn’t the performance powerhouse that redefined the bar with every new model that we know of today. 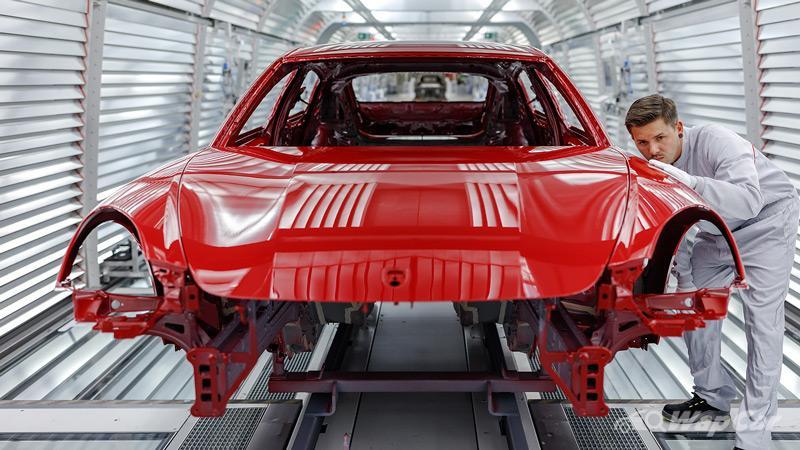 In fact, 30 years ago Porsche came close to bankruptcy. And if it wasn’t for what Mazda and Toyota were doing, the automotive world could have lost one of its greatest icons.

Porsche in 1990's, on the brink of bankruptcy 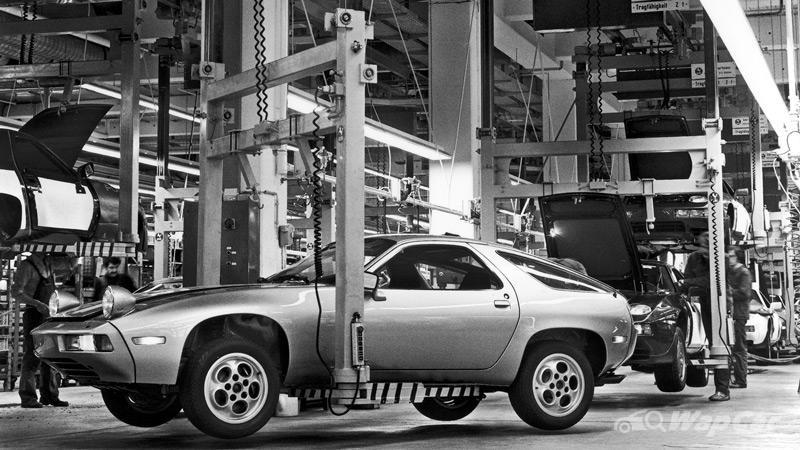 Yes, Porsche won races and built Germany’s most desirable sports cars. Yet, they barely stayed afloat. When the economy started nose-diving, along with the value of the US dollar in the early-1990’s, Porsche was at serious risk of going under.

Porsche needed something radical. But where to start? The company is already producing Germany’s most iconic sports car, the 911. In addition to that, they have the 944, 968, and 928 front-engine models, with a four-door Type 989 waiting in the wings. 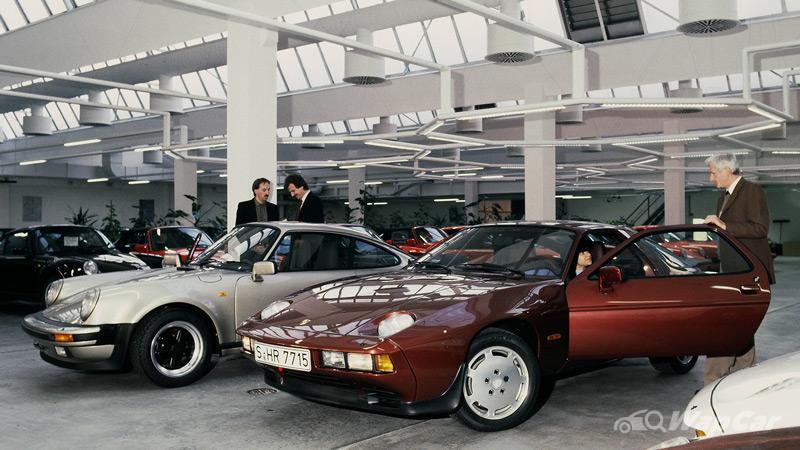 As the definition of madness is doing the same thing and expecting different outcomes, Porsche quickly recognised that another luxury model like the Type 989 won’t change its downward trajectory.

Instead, Porsche found inspiration from an unlikely source, the Mazda MX-5. You don’t often hear Hiroshima’s budget ragtop being compared to a Porsche, but desperate times have a way of opening people’s eyes to new ideas.

How the Mazda MX-5 inspired the Porsche Boxster 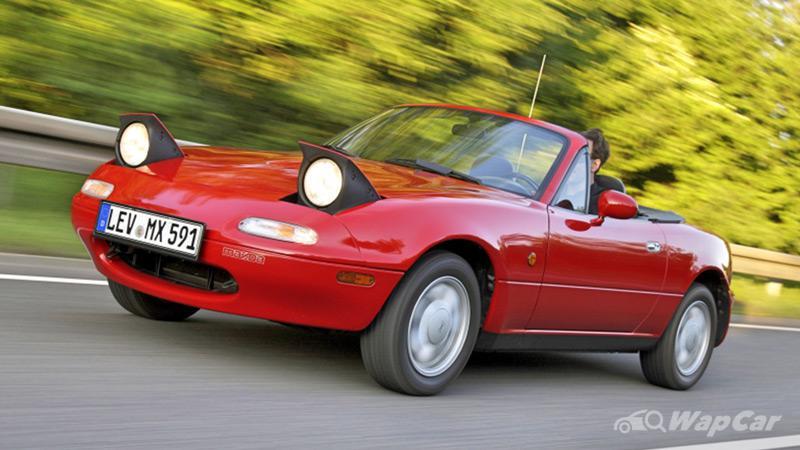 Mazda and Porsche aren’t what you might call an apple-to-apple comparison, but Porsche was cognizant enough to see what the MX-5 opened up.

Though the economy was tanking, the MX-5 became a sales success in the North American market. Thus, proving to Porsche that, despite the economy tanking, there is still a market for affordable sports cars. 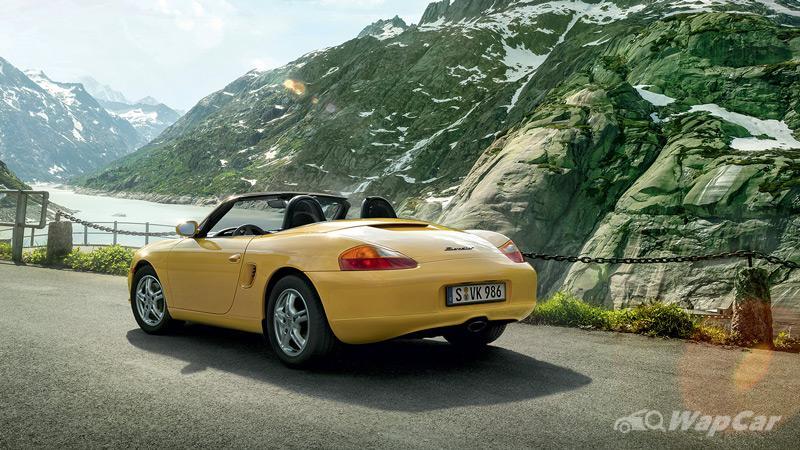 With a market identified, Porsche moved quickly to create a ‘spin-off’ model from the 911. And this was more crucial to Porsche than it sounds.

Back then, the 911, 944, 968, and 928, each had their own production line with no parts commonality. As good as Porsche’s engineers were at designing technically superior cars, they simply weren’t interested in production efficiency. And that had to change. 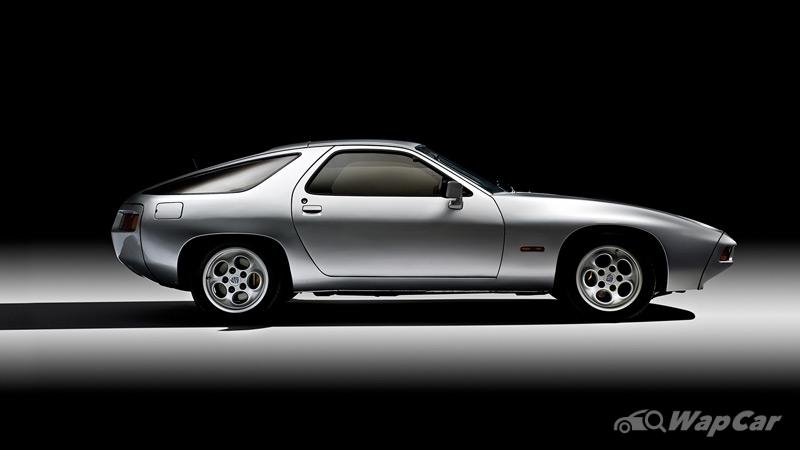 In 1991, Porsche gave the green light for an all-new two-seater mid-engine roadster to be developed alongside its next-generation 911.

However, to make both cars cost-effective, Wendelin Wiedeking, decided that it was high time the company adopt the Toyota Production System of lean manufacturing techniques. A task that proved more difficult than it sounds back in the 1990’s. 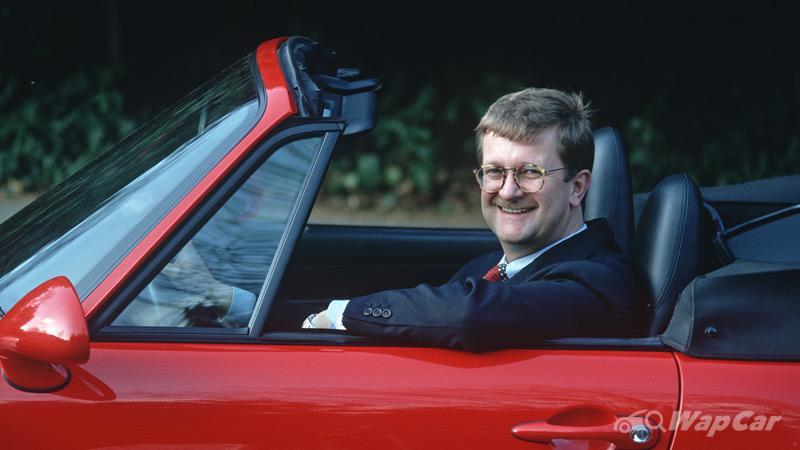 Wiedeking knew that there was no one better to teach his company about these techniques than Toyota employees. And, as it turns out, there was a consultancy firm comprised of ex-Toyota employees known as the Shin-Gijutsu. 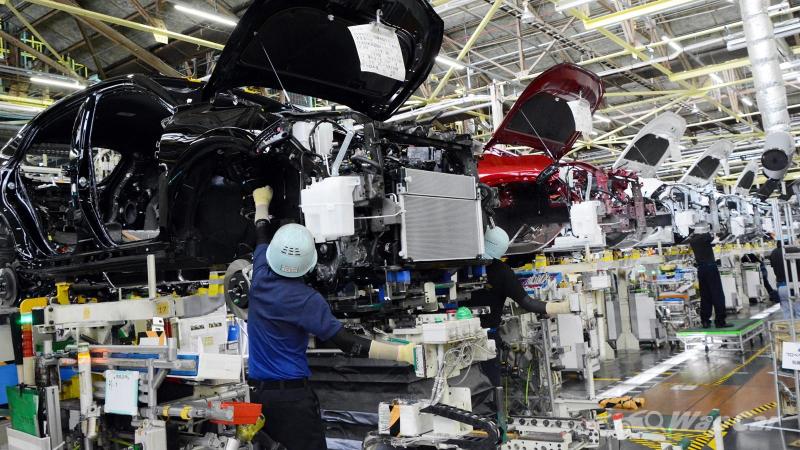 Founded by Yoshiki Iwata, who was part of the original group that devised the Kaizen system, the Shin-Gijutsu had established an excellent track record in introducing manufacturing techniques to various industries, ranging from electronics to printing. Who better is there to turn Porsche around? 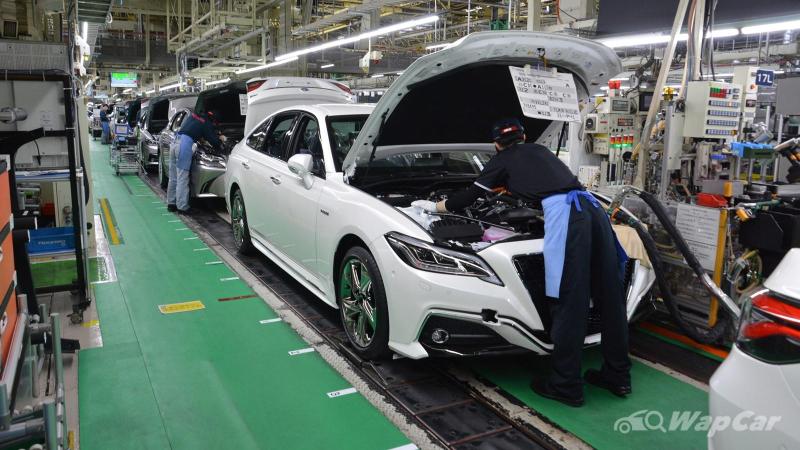 Trouble was, the group vowed never to work with non-Japanese car manufacturers, as they deemed such an act to be ‘disloyal’. Wiedeking wasn’t the first automotive executive to be turned down by the Shin-Gijutsu. 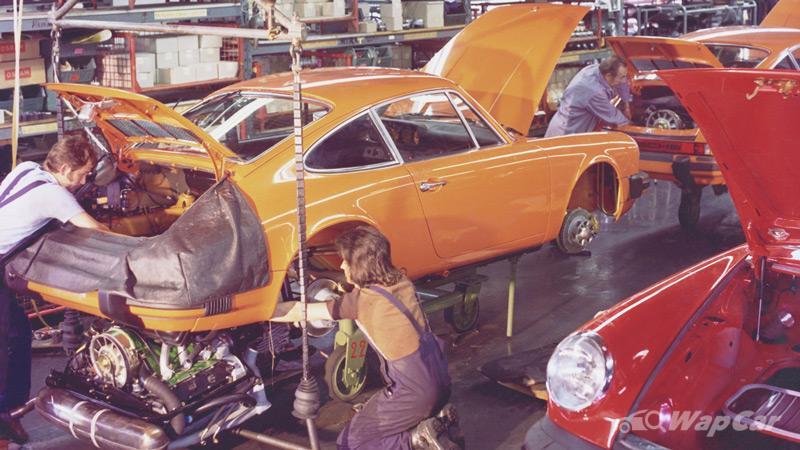 Nevertheless, Wiedeking relented and on his third try, the Shin-Gijutsu agreed, though not from his persuasive skills alone. Unbeknownst to the German executive, the Japanese had a custom whereby if a top manager asks for something three times, they cannot refuse.

Despite teetering on the brink, changing Porsche’s ways was no walk in the park for the Japanese-speaking consultants who were tasked with forcing change onto their Schwabian-speaking counterparts. Not only were the Shin-Gijutsu appalled by the chaos of Porsche’s factory floor, but they were unimpressed by its worker culture.

However, Wiedeking with the guidance of the Shin-Gijutsu, implement a just-in-time production system along with several key methodologies from the Toyota Production System.

Out went Porsche’s stuffy warehouses packed to the ceiling with towering shelves of misplaced parts, and in came a tidy, efficient, and time-saving production process. And the results spoke for themselves.

Thanks to the changes, costs fell, production soared, and quality went through the roof. Porsche finally saw a light at the end of the tunnel and went all-in with the Boxster.

How the Porsche Boxster saved Porsche 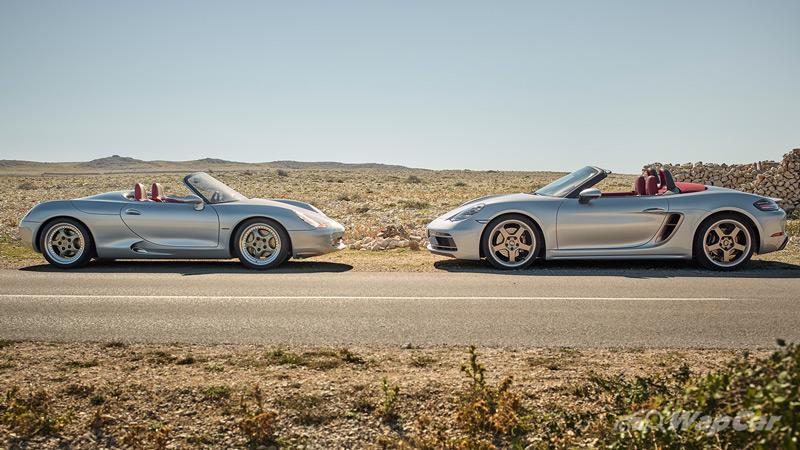 With an intent to go back to its roots, Porsche drew inspiration from its early mid-engine icons, namely the 550 Spyder and 718 RS 60. But Porsche's head wasn't firmly stuck in the past. The roadster would be the first to receive Porsche's first water-cooled flat-six engine and share plenty of parts with its bigger sibling. 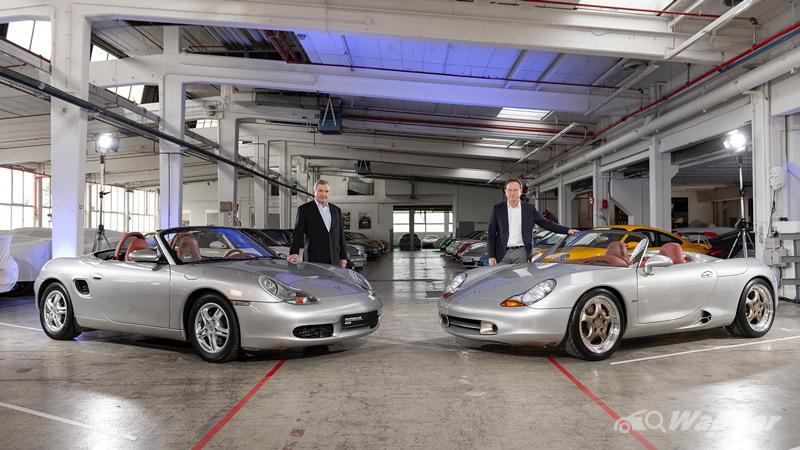 In 1993, Porsche rolled out the Boxster concept at the Detroit Motor Show to overwhelmingly positive reception from the public and pundits alike. And when the production version made its debut in 1996, it was a hit right out the factory gates. 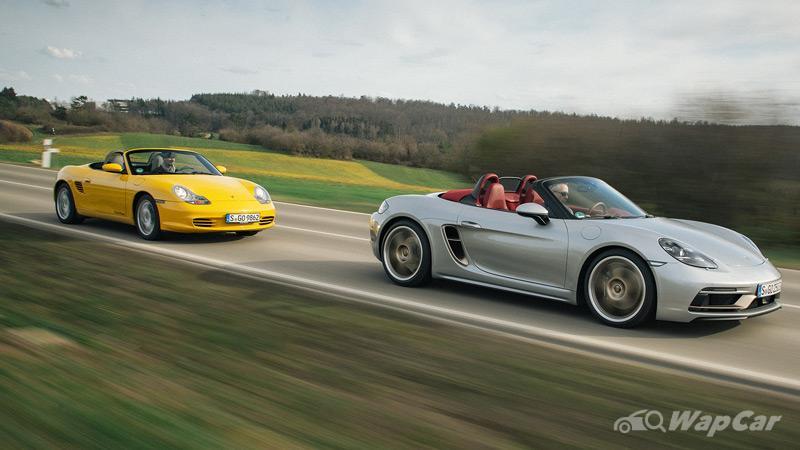 From its launch, till the first-generation Cayenne SUV came along in 2003, the little roadster became the company’s best-selling model. By the time its replacement came around in 2004, Porsche sold 164,874 examples.

With the 911 and Boxster being profitable, Porsche turned itself from an anachronic basket case into a shining exemplar of the German car industry, setting it on the path into becoming the performance icon that seemingly does no wrong today.

All great things have humble beginnings, and in this case, Porsche owes its current fortunes to a roadster inspired by a Mazda and made possible by Toyota’s ingenuity. 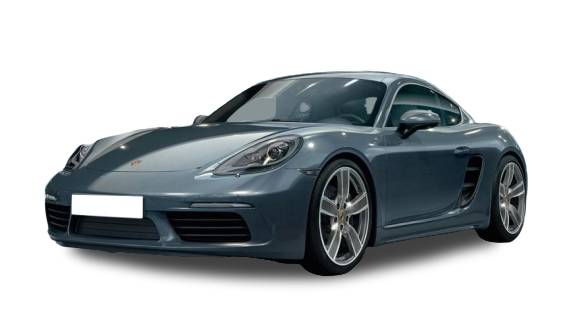