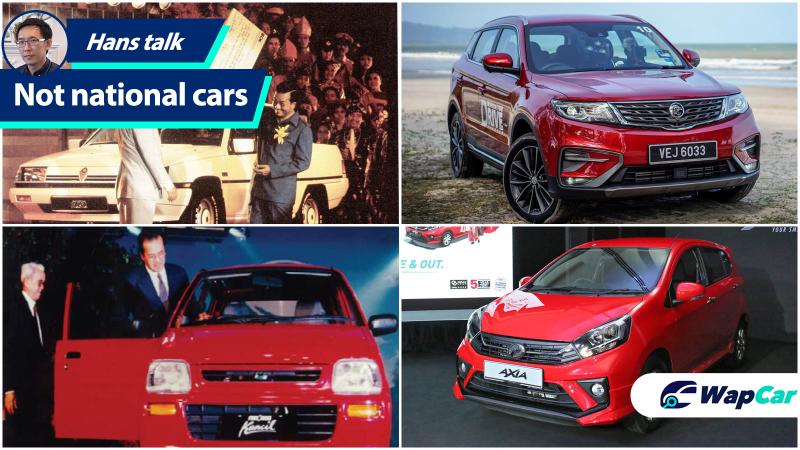 We are now in the midst of setting up a third national car. 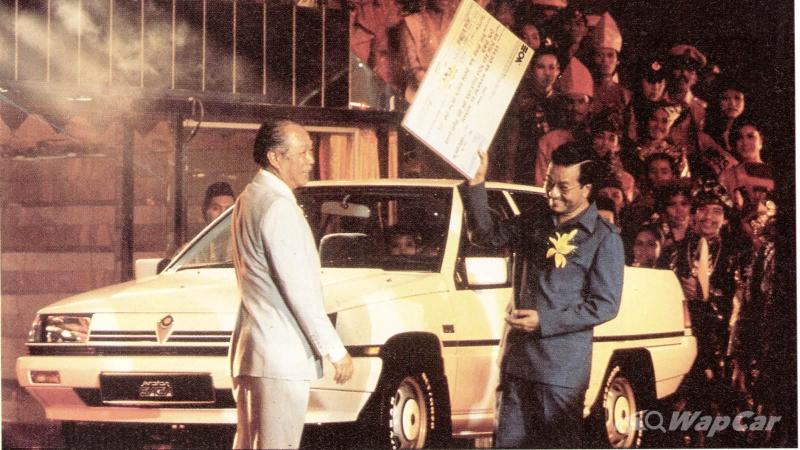 All three national car companies were mooted by our then Prime Minister Dr. Mahathir Mohamad.

In the early days, both Proton and Perodua were in every sense, a national car company. Both were setup using public funds. Proton was controlled by Hicom, Perodua by UMW.

While the cars wear Malaysian brands, their respective technical partners (Mitsubishi and Daihatsu) held on to the intellectual property rights, which severely limits the cars' export potential.

Sometime in the mid-2000s, Perodua was restructured, giving its Japanese partner Daihatsu greater say in the affairs of the second national car company. Perodua’s sales and manufacturing divisions were separated into different companies.

The Malaysia-controlled portion is limited only to the sales and marketing division, which is now known as Perodua Sales Sdn. Bhd., or PSSB. 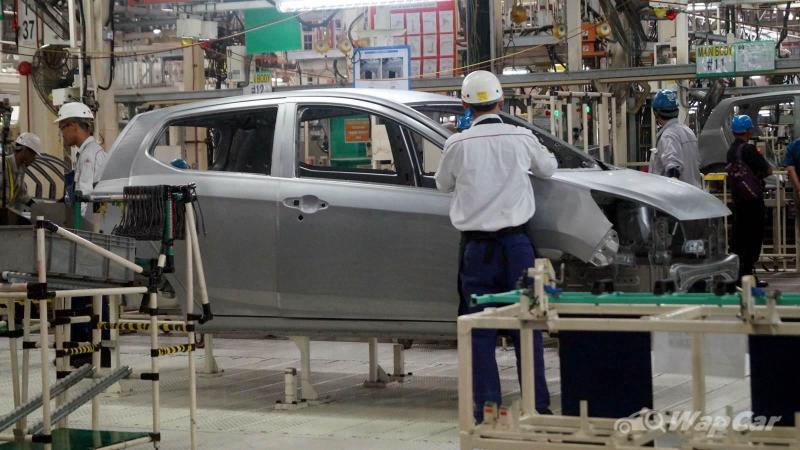 These three companies are manufacturing subsidiaries of Perodua Auto Corporation Sdn. Bhd. (PCSB), which is a joint venture between Perodua and Japan’s Daihatsu Motor and Mitsui & Co Ltd. 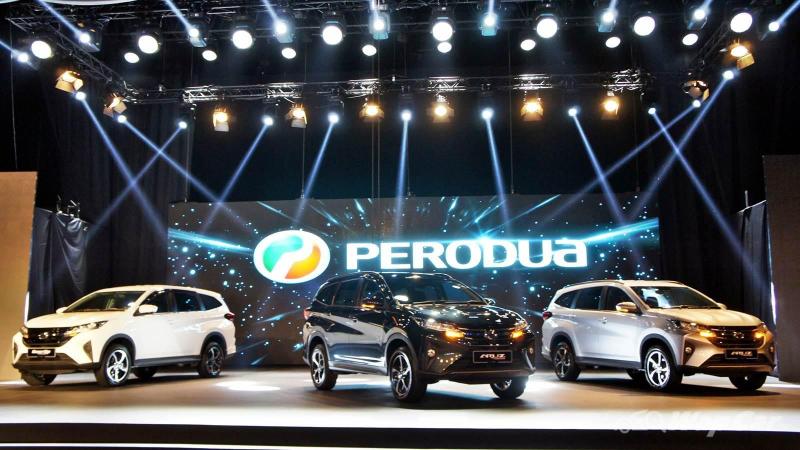 In short, the Malaysian portion of Perodua (PSSB) controls only sales, marketing and after-sales. The manufacturing operations, where the bulk of the money is made, is controlled by Daihatsu (and trading company Mitsui), via PCSB. 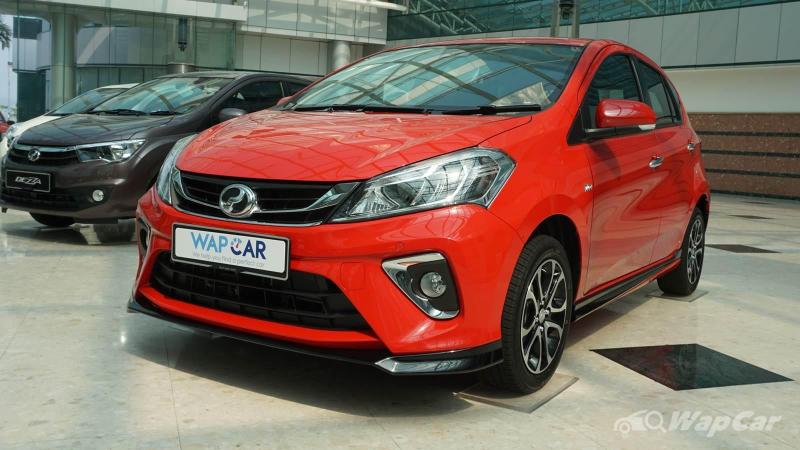 So while UMW controls 38 percent of the holding company Perusahaan Otomobil Kedua Sdn. Bhd., (POSB), the ones who hold the key to the company is still Daihatsu.

The Malaysian-controlled sales arm PSSB has to buy the finished cars from the manufacturing arm PCSB, before delivering the cars to dealers. It is they that influences the selling price of Perodua cars the most.

It’s a similar story with Proton, which is now 49.9 percent owned by Geely. DRB-Hicom still owns the rest of Proton and while DRB-Hicom is a government-linked company, itself a vague term with no clear definitions, the government doesn’t have any direct control over DRB-Hicom. 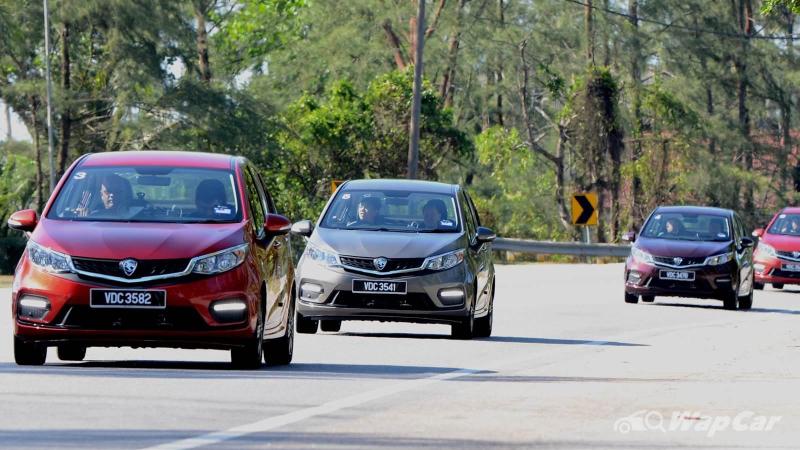 Instead, DRB-Hicom is controlled by Etika Strategi, which is owned by Syed Mokhtar Albukhary. Despite its close ties with the government, DRB-Hicom is strictly a private, public-listed company.

Legal terminologies aside, you can loosely say that Proton’s ownership is split between two private individuals, China’s Li Shufu and Malaysia’s Syed Mokhtar. 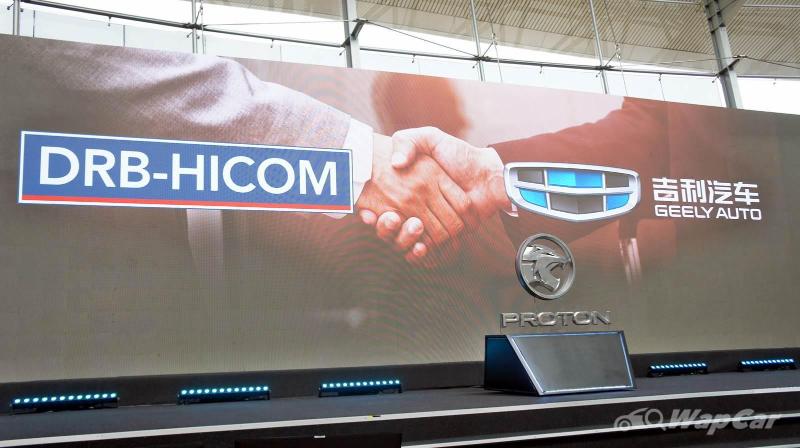 So which part of Proton is national?

As for Perodua, it is 38 percent owned by UMW Holdings, which is controlled by Permodalan Nasional Berhad and EPF, both are government funds. But the aforementioned control by Daihatsu means that Perodua is at most, a national car sales company, rather than a national car maker.

To call an organization a national company carries with it certain responsibilities and defining characteristics. The most obvious is a direct and significant ownership by the government, which also means that the government has a representative on the company’s board.

A national company also means that it is funded using public funds.

None of these criteria apply to either Proton or Perodua, which is a good thing. It also means that it is not correct to say that the government is wasting tax payers’ money on national cars. Neither Proton nor Perodua borrows money from the government, at least not anymore. 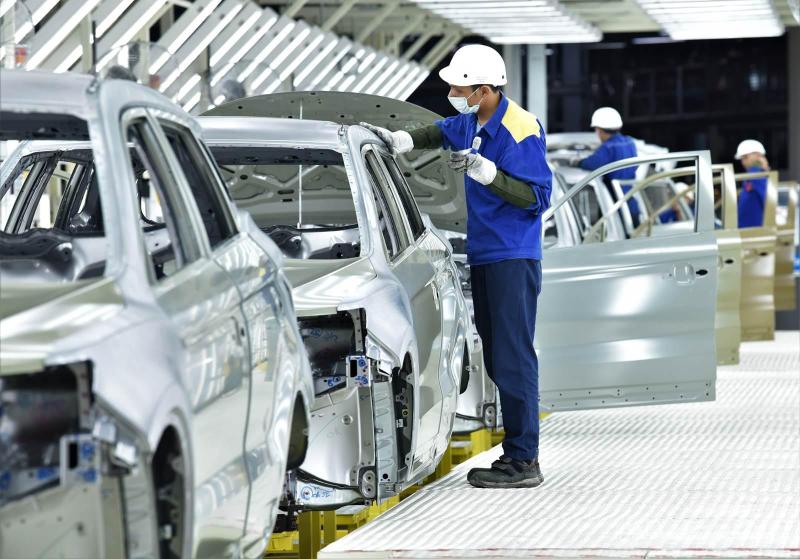 A national company also needs to fulfil certain social obligations. Our national carrier MAS for example, is obliged to fly certain unprofitable routes to the interiors of Sabah and Sarawak, so does Telekom, in providing the most basic services in interior regions.

Neither Proton nor Perodua is shouldering any social burden of delivering affordable cars.

Both Proton and Perodua don’t, and will not produce a car that loses money just so the B40 income group can have a better, safer car, and that’s perfectly fine, so long as we don’t treat them like a national car company. After all, money losing projects are never sustainable. 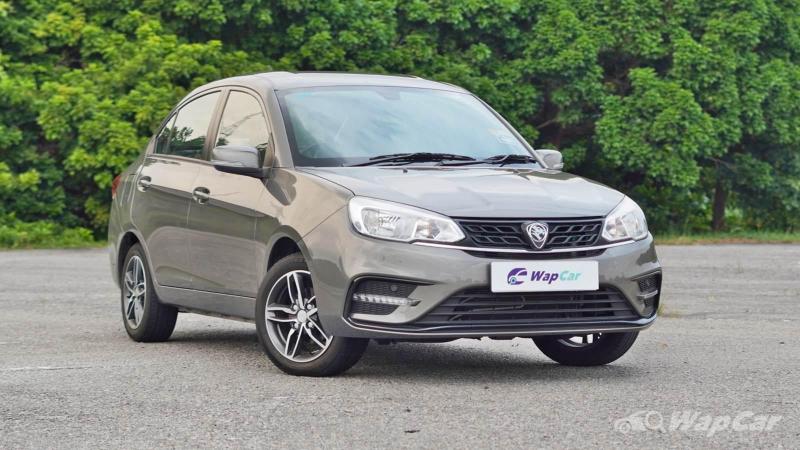 The Proton Saga and Perodua Axia is as cheap as realistically possible given the higher manufacturing cost due to our small domestic market’s lack of economic scale.

However, both companies already enjoy very significant excise tax privileges, the same tax that artificially inflates prices of foreign make cars, be it locally-assembled or imported, to the benefit of Geely and Daihatsu. 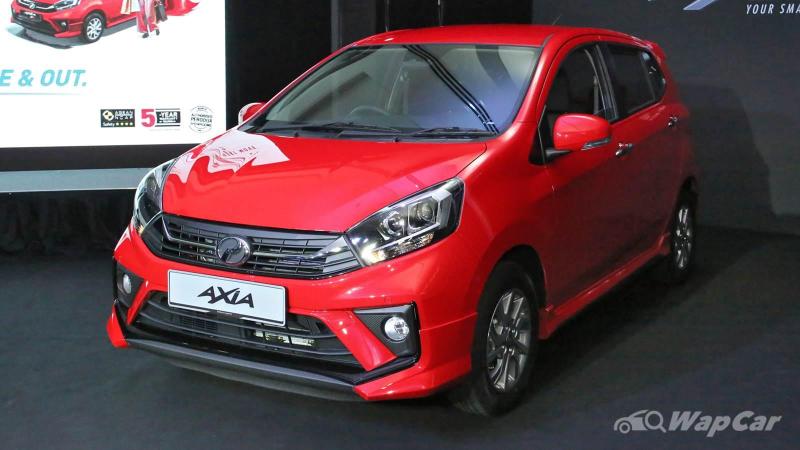 Remember that Daihatsu, which has exited from all overseas markets except Indonesia and Malaysia, reaps significant profits from Malaysia.

Malaysia has a population of 32 million and sells about 600,000 cars a year. Indonesia’s 268 million population buys over a 1 million cars a year. Curiously, it is Malaysia that’s a more important overseas market for Daihatsu, selling 224,659 cars in 2019 versus Indonesia’s 169,284.

Yes, Perodua's sales is included in Daihatsu's overseas sales count. So is it really our national car?

As Daihatsu is now a wholly-owned subsidiary of Toyota (since 2016), breakdown of financial contributions by country is not available but we reckon that Malaysia, with its tax benefits and lack of competition, is the more profitable operation.

Outside of Malaysia, do you know which car company is controlled by the government? 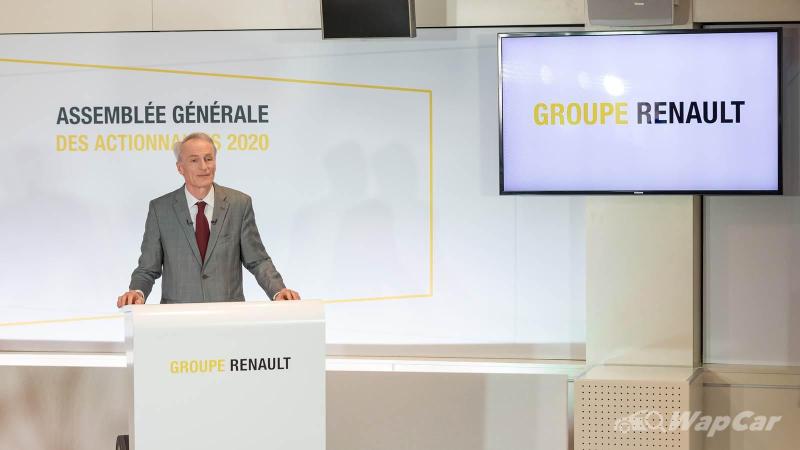 Renault is 15 percent owned by the French government – its single biggest shareholder. This is itself a source of dispute within the wider Franco-Japanese Renault Nissan Mitsubishi Alliance.

Renault is by definition, a national car company but the French carmaker is vehemently distancing itself from that description, because being owned by the government is nothing to be proud of. 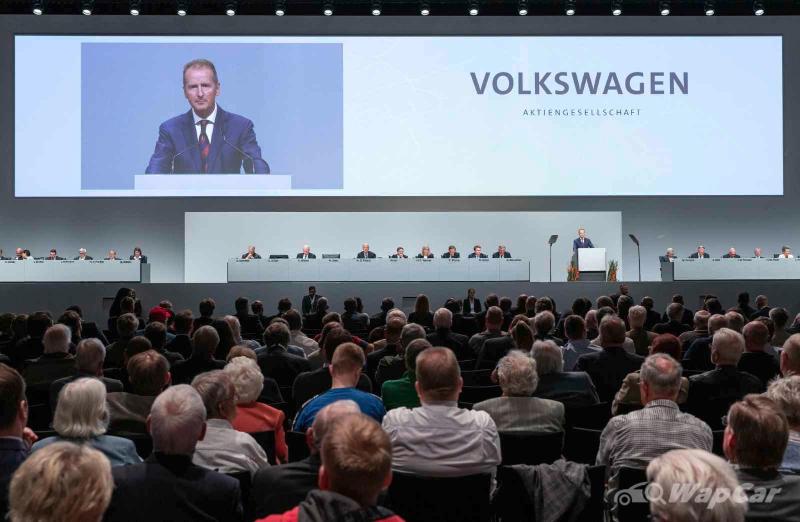 Then we have Volkswagen, which the German state government of Lower Saxony controls 11.8 percent (as of 2020) of, and has a 20 percent voting right. It holds considerable sway in the affairs of Volkswagen.

However, the state government of Lower Saxony does not speak for the German Federal government so one can’t call Volkswagen a national car company.

It’s the same with the many Chinese state-owned car companies, from the Beijing-owned BAIC, to Shanghai-owned SAIC and Changchun’s FAW. These are not Chinese national car companies as they are created and owned by the local municipal governments, which could sometimes be at odds with the wishes of the Chinese central government.

A car company might be started by the government, and be granted certain privileges but over time, it needs to run like a private company, and be open to competition.

China has since announced that it will no longer protect its domestic brands and will remove requirements for foreign car companies to partner with local manufacturers by 2022. 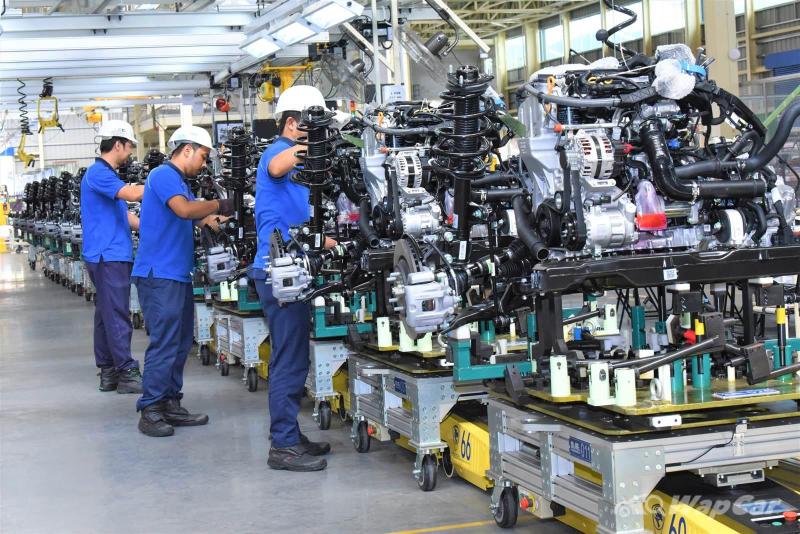 Moving forward, we should just call Proton and Perodua as domestic car manufacturers.

Current MOSTI Minister Khairy Jamaluddin, prior to assuming his current position, once said of the third national car project, “Call it a car, not a national car.” 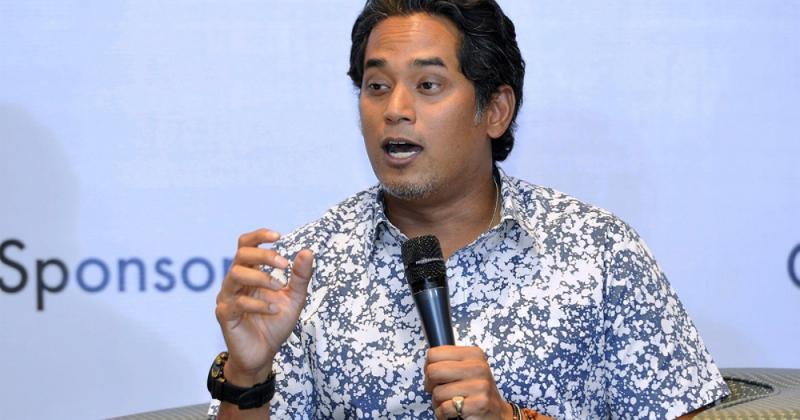 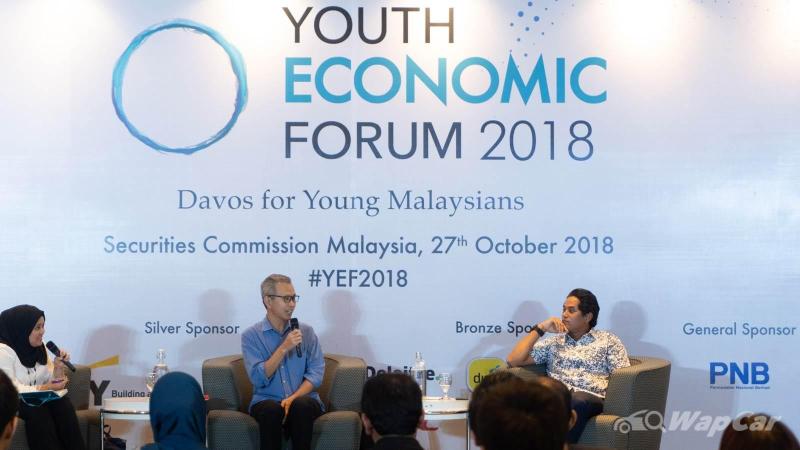 Officially, the third national car company is still progressing as planned but since it was a project mooted by the previous PH government, the current administration is understandably less enthusiastic about it.

Khairy himself has said that there has been no discussion about the project by the current cabinet. 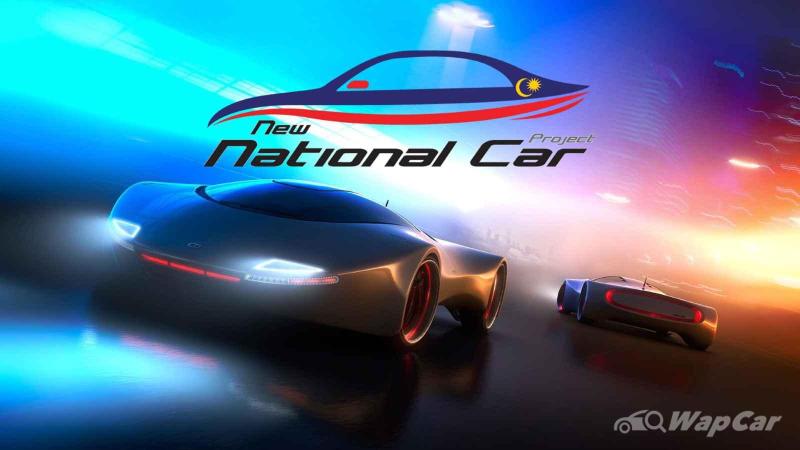 A prototype of the third national car, which the previous Minister of International Trade and Industry Darell Leiking has confirmed will involve input from Daihatsu, and potentially Perodua as a contract manufacturer, was supposed to be unveiled in March.

Obviously that didn’t happen and latest reports suggest that the unveiling has been pushed back to later this year.