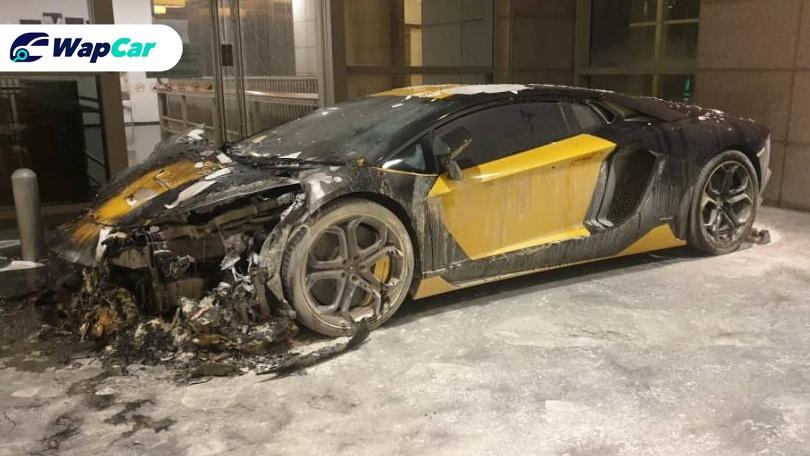 Lamborghini sure is getting a lot of attention this week. Just days after a post of a brand-new Lamborghini being written off in the UK, now another Lamborghini is seen in trouble but this time the incident happened in Malaysia.

According to the New Straits Times, a Lamborghini Aventador caught fire in a parking lot at Pavilion Residences in Bukit Bintang. 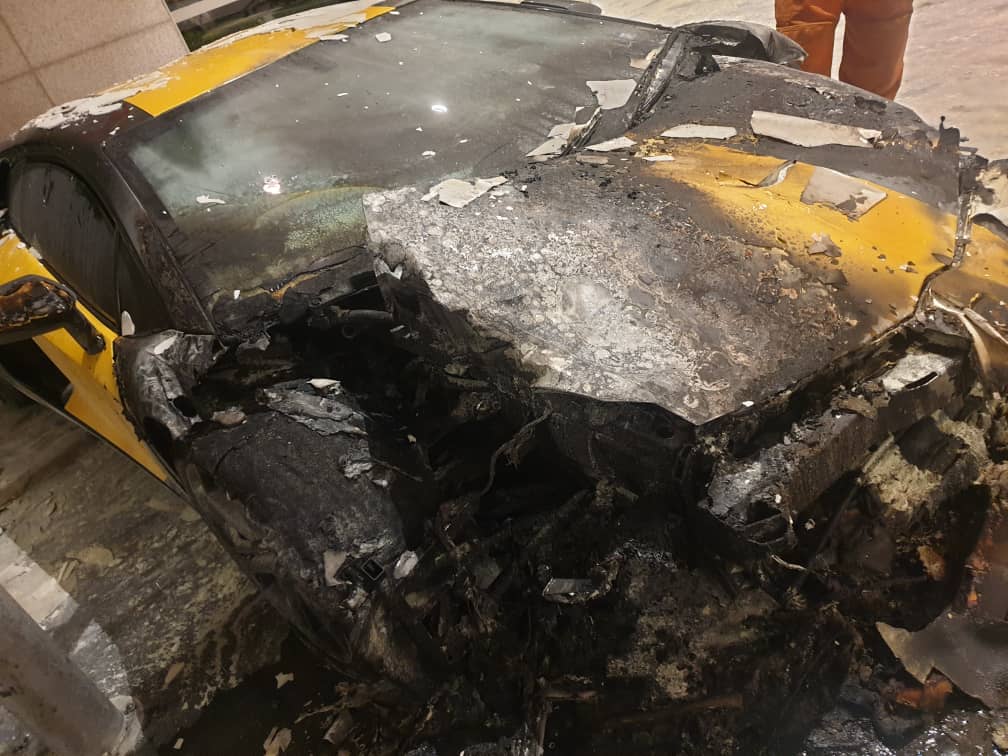 The incident happened at around 2 am. The Fire and Rescue Department had to deploy 14 personnel in two Bomba trucks to the scene. An ambulance was also deployed in case anybody was hurt.

Fortunately, nobody was hurt in the incident, only the RM 2 million Lamborghini. At least 40 percent of the Aventador was destroyed in the fire so this is yet another Lambo that got written off in this world. Ouch! 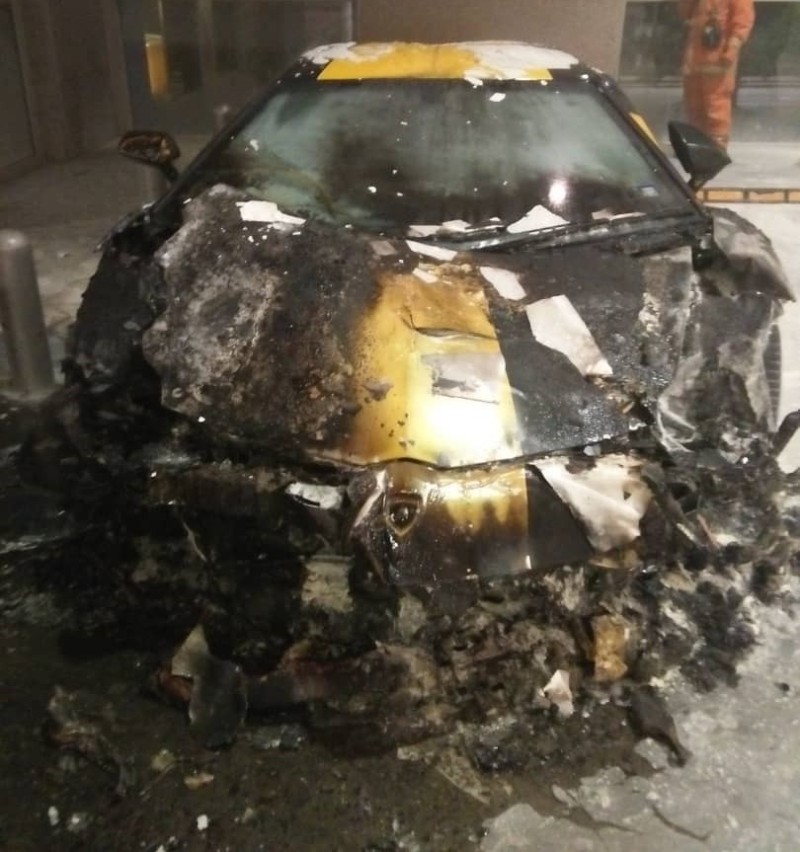 All we can say is, at least this Lambo is not brand new and the owner has had a chance to put in some KMs in the odometer!

UPDATE: The cause of the fire has been discovered, according to The Star's sources, CCTV footages revealed that two men on a motorcycle threw a bottle of liquid at the front of the vehicle before it caught fire.

Both men were wearing helmets and face masks, so the hunt is still on for the two men.