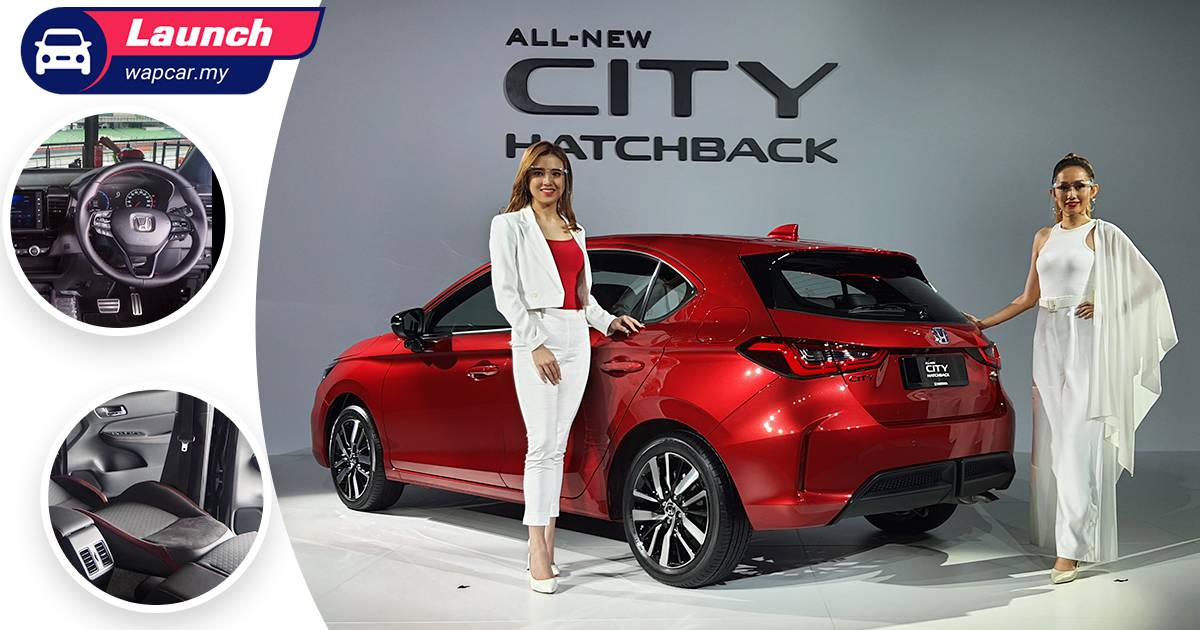 In the noise and lights of MITEC KL, Honda Malaysia Sdn. Bhd. has launched the 2022 Honda City Hatchback in Malaysia, with estimated prices ranging from RM 75,670 (1.5 S) to RM 87,860 (1.5 V), with deliveries for the petrol versions starting in January 2022. So far, Honda Malaysia has received 2,000 bookings for the City Hatchback.

The selling price for the RS e:HEV will be announced later next year.

These numbers also mean that the Toyota Yaris can take a slight breather, as the Yaris still has a price advantage (RM 71k to RM 85k) over the City Hatchback. 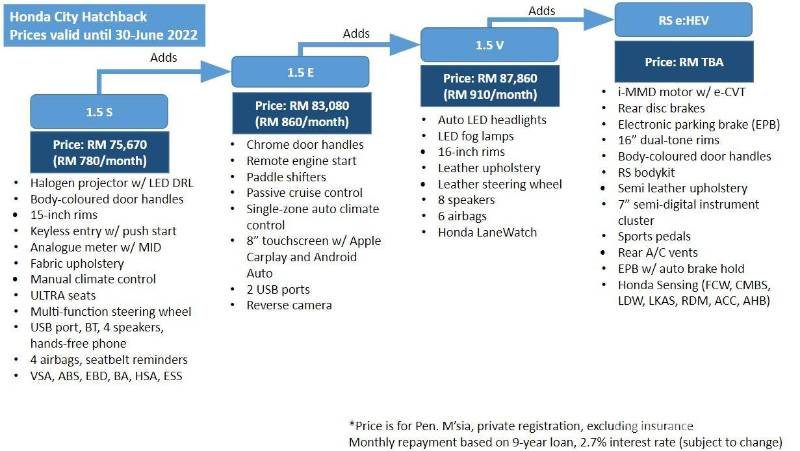 First up, the new stuff

Though it effectively replaces the Honda Jazz in the South East Asian region (well except in Singapore), the City Hatchback inherits the Jazz's practicality, by way of its multi-way foldable Ultra seats function.

There's four modes for four different needs (Utility, Long, Tall, Refresh), and for some buyers this is the feature that edges the hatch over the Yaris and maybe even the City sedan. 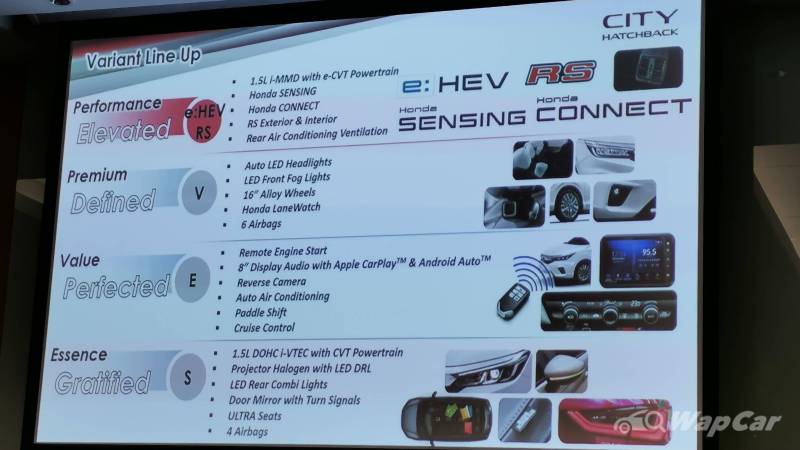 Speaking of the sedan, the front half of the City Hatchback is essentially a mirror image of that – from the exterior fascia and all the way to the interior's upholstery and details.

On the outside, the City Hatchback range gets the same 15- and 16-inch wheels as the sedan, LED headlights on the upper variants (halogen projectors for the 1.5 S), while LED tail lights are standard issue. 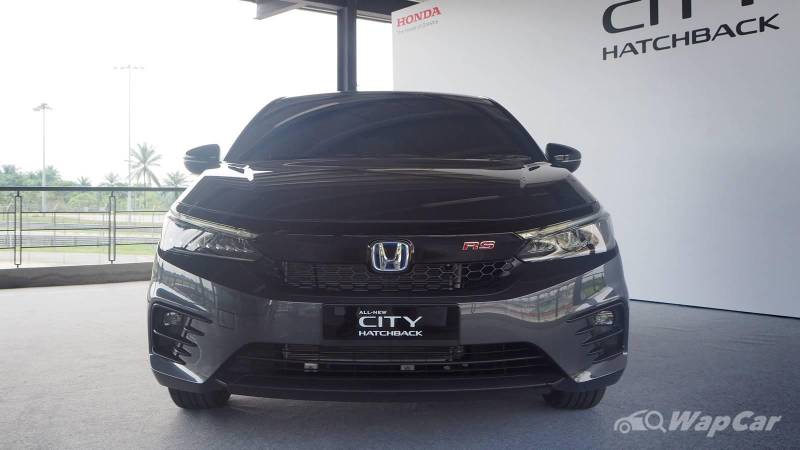 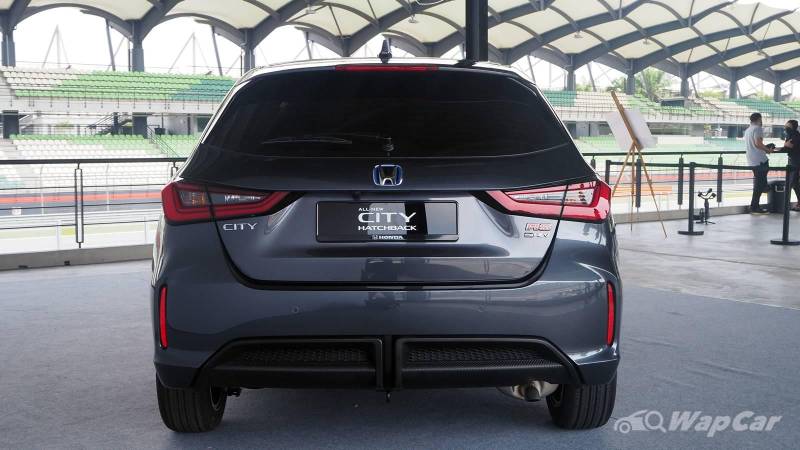 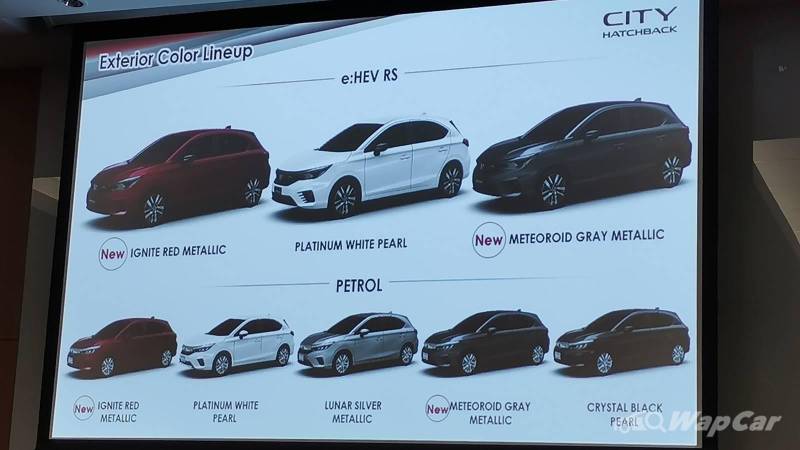 Rounding of the changes are two new colours, while the rest of the palette is similar to the City Sedan's. 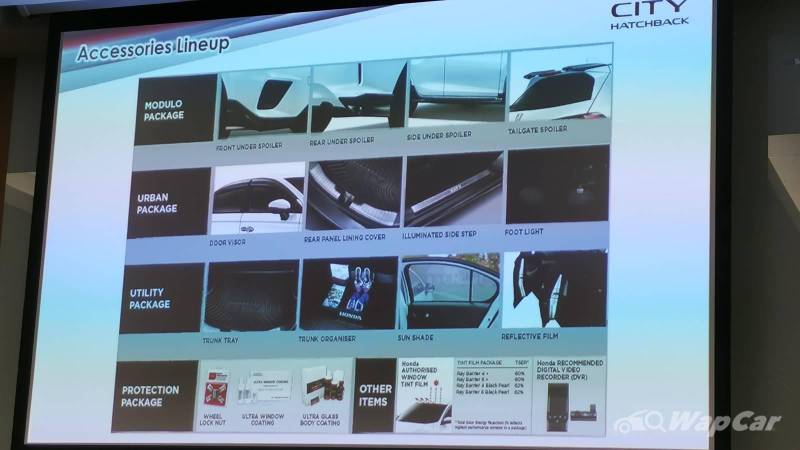 What's under the hood?

Two flavours of the City Hatchback are offered: the S, E, and V variants have a conventional petrol engine, while the RS is a petrol-electric hybrid.

Total output from the 1.5-litre naturally-aspirated DOHC i-VTEC mill in the normal variants is 121 PS and 145 Nm, with power sent to the front wheels via a CVT automatic. 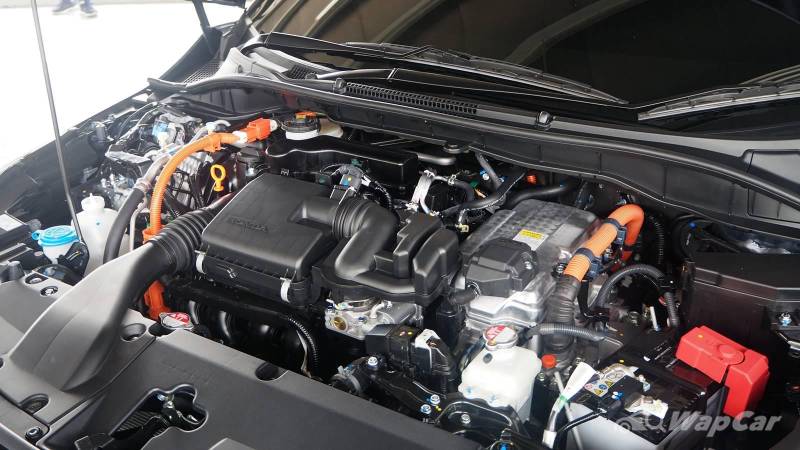 Fuel consumption is at the forefront for the hybrid, so Honda says it'll return 3.6 litres/100 km. The regular ones are claimed to consume only 5.6 litres of petrol per 100 km. 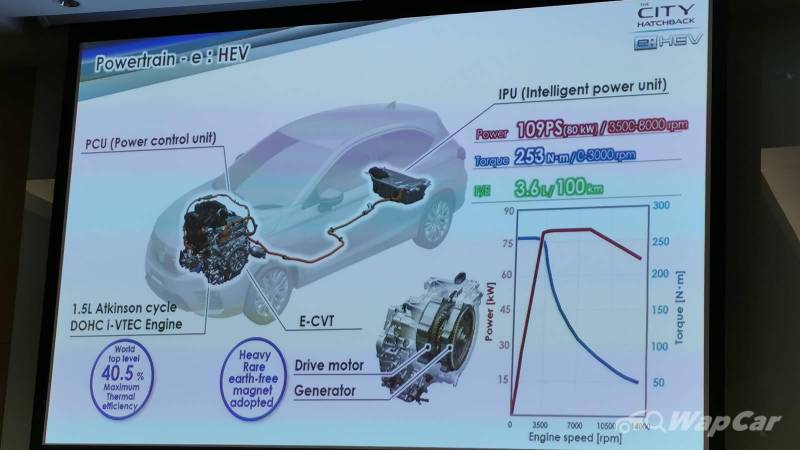 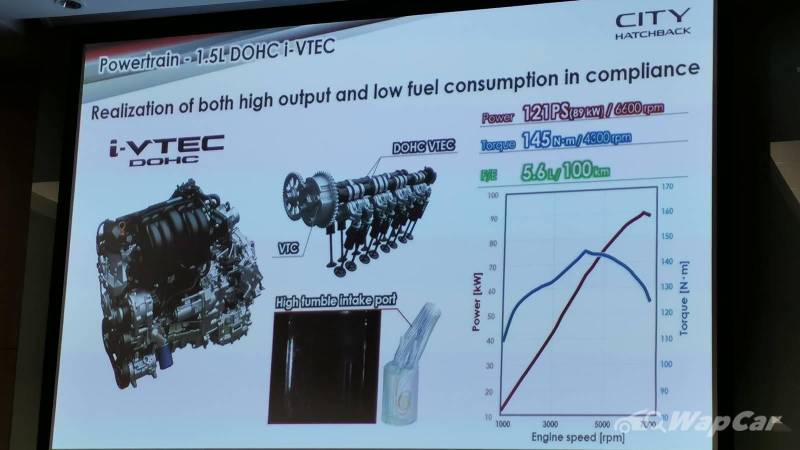 Like the City Sedan, the City Hatchback is also locally-assembled in Pegoh, Melaka, which also assembles the high voltage battery pack (Intelligent Power Unit or IPU) used by the City RS e:HEV, a first for Honda in South East Asia, and the first of its kind hybrid battery-related investment in Malaysia. 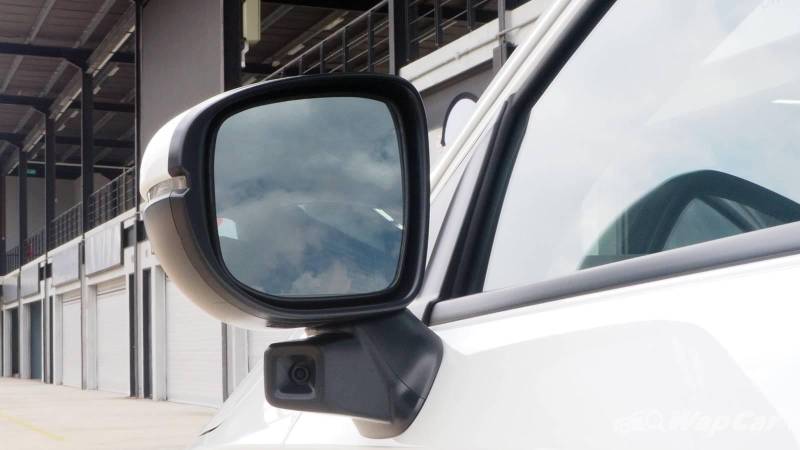 The lower-end variants of the City Hatchback get 4 airbags while hill start assist (HSA), vehicle stability assist (VSA), and reverse sensors are standard. Going up the price scale, the V and RS gets 6 airbags, and Honda LaneWatch too. 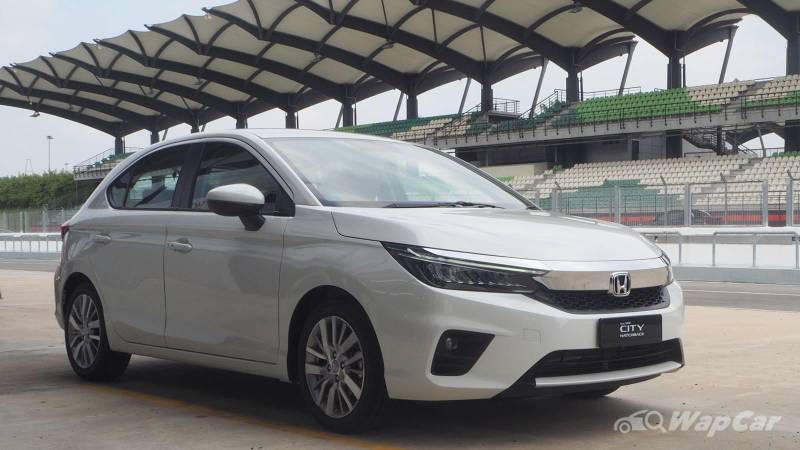 Meanwhile, HMSB backs the City Hatchback with a 5-years, unlimited mileage warranty and up to 5 times free labour service within 5 years/100,00 km.

Reviews of the City Hatchback in Malaysia 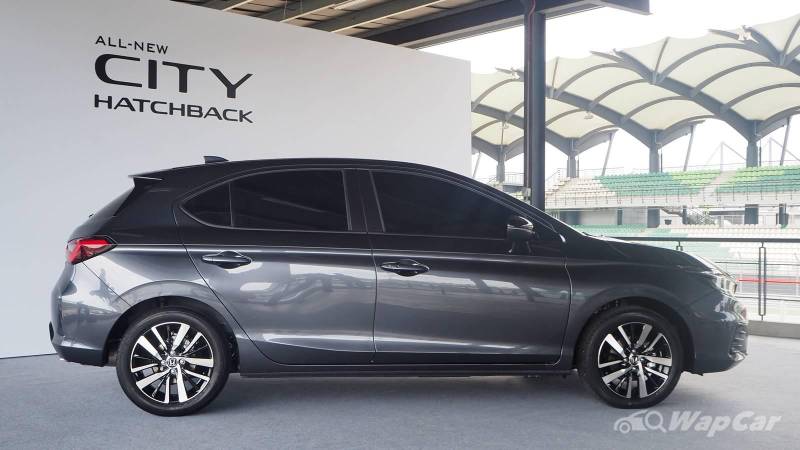 Prior to this launch event, we were invited to sample the City Hatchback on track in Sepang. First impressions of it are positive, but as always, stay tuned for a more detailed review soon.