Home > News > Lessons learned from C-HR, why Toyota is using the Corolla name for Corolla Cross

Lessons learned from C-HR, why Toyota is using the Corolla name for Corolla Cross 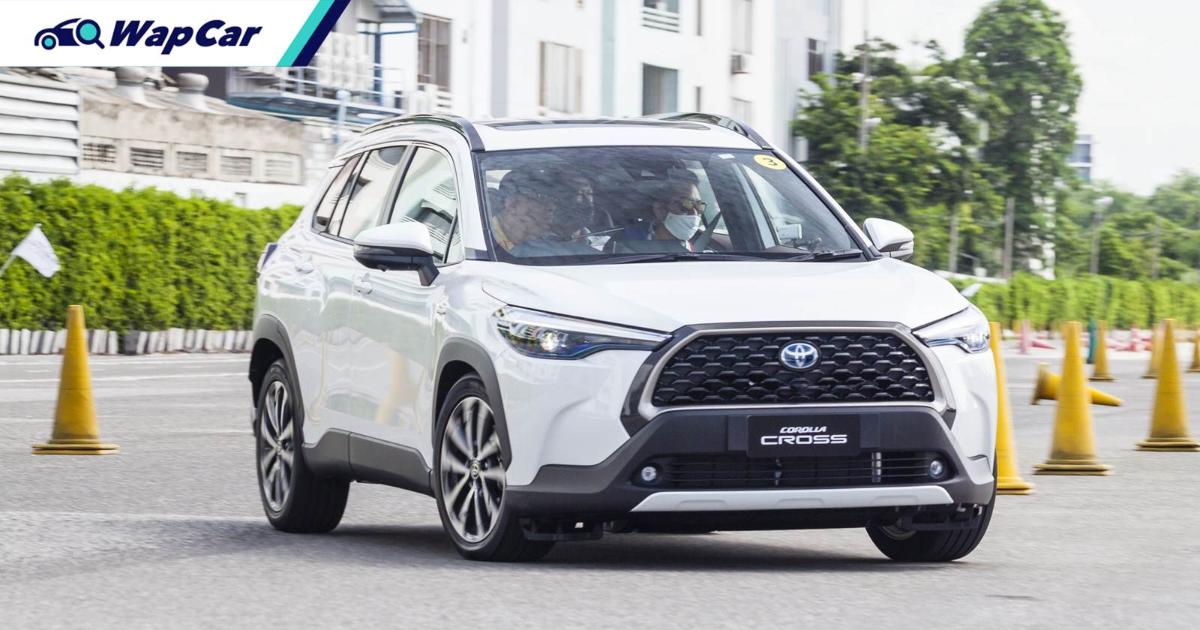 Tonight at 8.30 pm, UMW Toyota Motor will be live streaming (in 8D audio, a first for a local car launch) the launch of its Toyota Corolla Cross, the company’s most important new model for 2021. 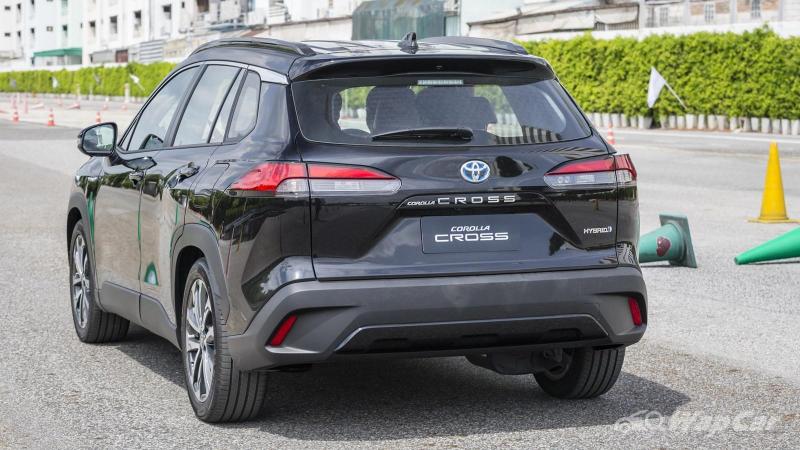 To be priced not too far away from a Corolla Altis, the Corolla Cross will fill the void left behind by the now-discontinued (in Malaysia) Toyota C-HR. 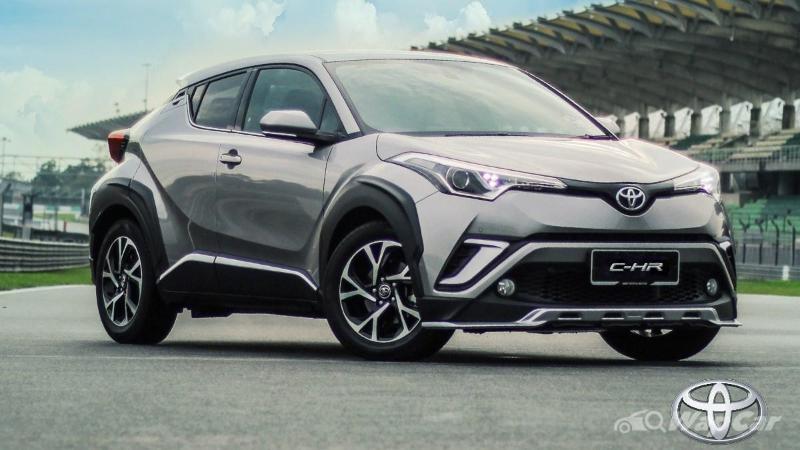 The only difference between the C-HR and the Corolla Cross’ mechanical layout is its rear suspension. The C-HR had a double-wishbone setup while the newer Corolla Cross features a simpler torsion beam setup. 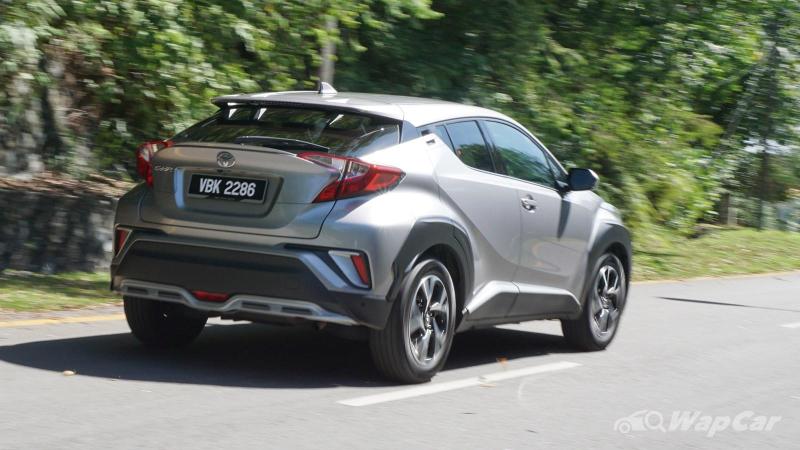 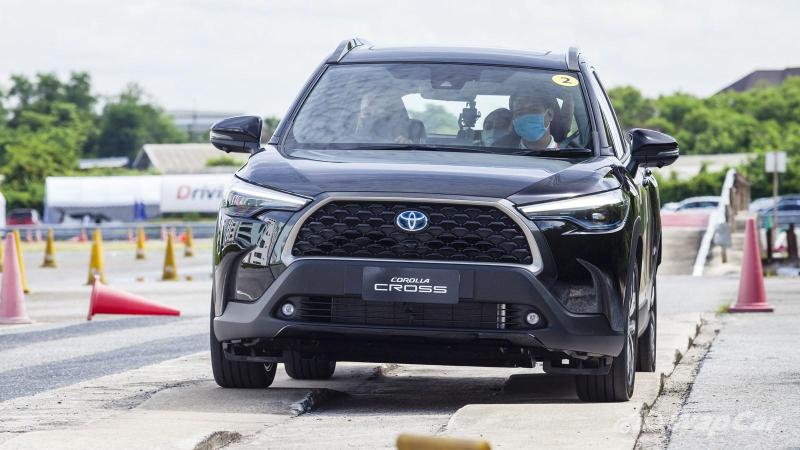 To compensate for the reduced body control ability of a torsion beam versus a double-wishbone, Toyota says the Corolla Cross’ rear axle carrier incorporates a passive toe-correction function into its suspension geometry to increase grip during hard cornering.

Our short review of the Corolla Cross leaves us no reason to doubt Toyota’s claim. Yes, at higher speed corners, the benefit of the C-HR’s more sophisticated layout is still obvious, but 90 percent of the time in regular driving conditions, the Corolla Cross is actually more comfortable than the C-HR, and handles just as well. 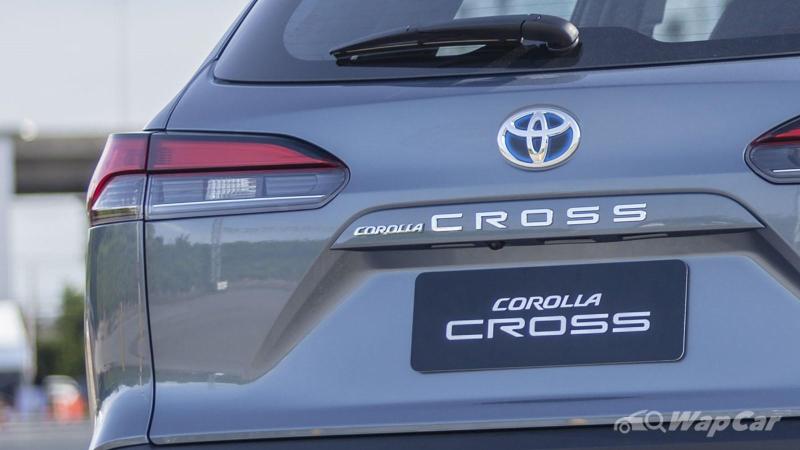 But we have digressed. Let’s go back to the topic – why did Toyota set out to create another SUV that’s mechanically so similar to the C-HR, and then proceeded to not give it a unique name?

If you have been observing Toyota’s history, you will realize that Toyota likes to give its cars unique names, while its luxury Lexus division will use alphanumeric names.

Very rarely does Toyota build a new model and give it a name that’s derived from another existing model, especially if it has a different design.

For example, when the Hilux pick-up truck-based Toyota Hilux Surf started adopting its own distinct design, the model was spun off as the Toyota 4Runner, and in our part of the world, the Toyota Fortuner.

Likewise the Toyota Camry, itself spun-off from the Celica Camry, which was styled as a 4-door version of a Celica (but it was actually a Toyota Carina underneath with Celica front-end styling).

Even our local Toyota Yaris, which is identical to the Vios, gets a different name, but that’s also due to legacy issues.

So for Toyota to call its latest compact SUV the Corolla Cross, when it looks nothing like a Corolla sedan, and is mechanically even more different from the Corolla sedan than the C-HR is, represents quite a departure from Toyota's normal practice.

The Corolla Cross is not the only one. In Japan (and Europe), Toyota sells the Yaris Cross, which apart from its size, doesn’t look like the Yaris hatchback at all.

The simple reason is that both the Corolla and Yaris nameplate commands a very strong and loyal following worldwide. Why spend money to market a new name when you can leverage on an existing one that already enjoys a very high level of awareness?

When the Toyota C-HR was introduced here, Malaysians didn’t know what to think of it. It has a coupe-like SUV styling, almost like a budget BMW X2. It was the first model here with the TNGA-C platform and blew our minds with its stellar ride and handling qualities.

But its product attributes were contradicting. Its interior was very driver-centric, with little to no consideration for rear occupants. Almost like a sports car, if we may say that.

Its taut chassis had sporty attributes but with just 140 PS and 171 Nm, it’s not going to outrun a Honda Civic. So buyers were rather confused as to what it is – it’s sporty but not very powerful, it’s an SUV but it’s not a very family-friendly one, what’s it supposed to be then?

Ultimately, it was this and not its RM 150,000 price (no thanks to import and excise tax for the Thai-made C-HR) that killed the Toyota C-HR’s future here. Buyers just didn’t know what to think of it. Price is secondary because buyers will pay for what they like.

Outside of Malaysia, where taxes are less punitive, the Toyota C-HR still sells in decent numbers but it’s not good enough for Toyota to continue spending money on it. Even in Thailand, the Corolla Cross is taking over the space once occupied by the C-HR. 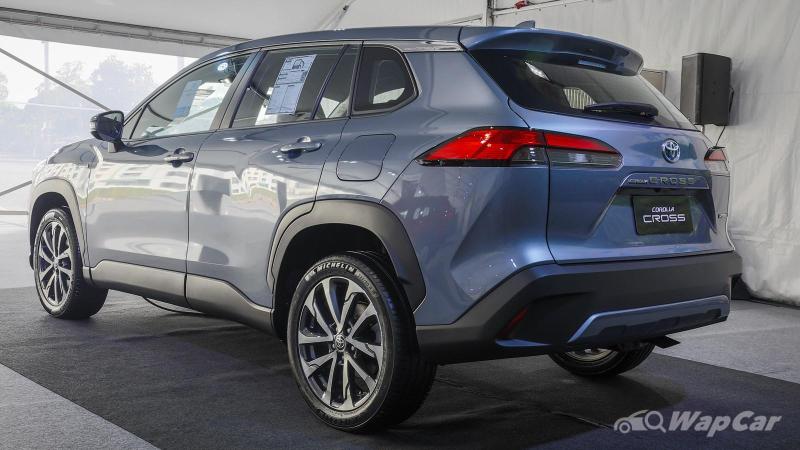 By enlisting the familiar Corolla name for the Corolla Cross, Toyota has immediately simplified more than 50 percent of the marketing work required to promote an all-new, first ever model.

With the Corolla name, buyers will immediately know what to expect from the SUV – it’s not very sporty, not very fast, but it will be above average in nearly all areas that are important to regular car buyers, thus making it a perfect all-rounder for the masses. 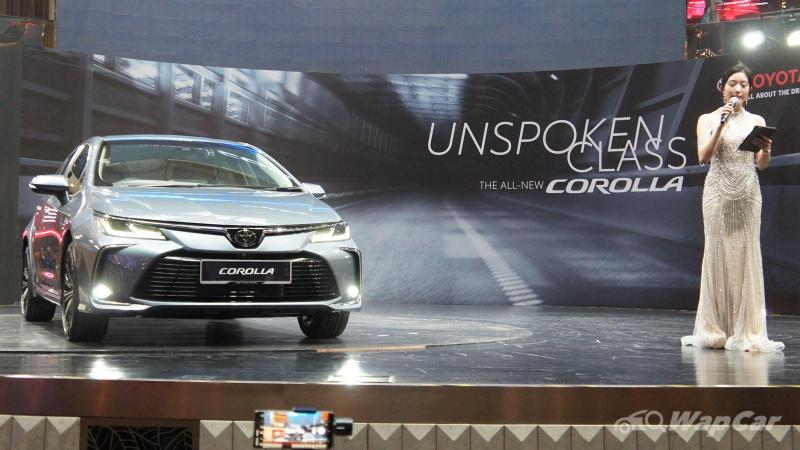 Since it's mechanically similar to a Corolla, you can be assured that the ownership experience will be a drama-free one. You can keep it for the next generation, or sell it without losing too much money on it.

And that’s it, all the major concerns that a regular car buyer has have been addressed even before the car is launched.

The Corolla Cross is the final piece of the puzzle for UMW Toyota Motor to wrestle the No.1 non-national car brand crown away from Honda Malaysia. Last year, Toyota and Honda were separated by just 1,967 units.

Also read: 2021 to be Toyota’s year to reclaim No.1 non-national brand title from Honda Malaysia