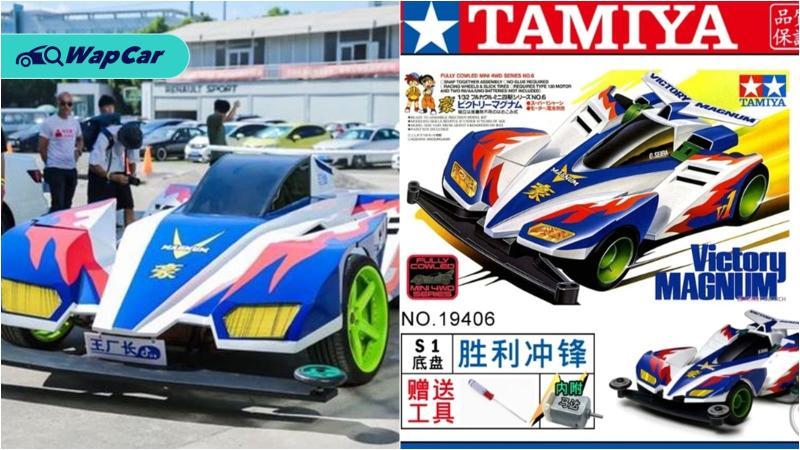 If you grew up watching an anime called “Bakusou Kyoudai Let’s & Go!” or even read the manga of the same name in the 1990s, you would surely recognise this iconic Tamiya Mini 4WD.

For those who don’t know or have vague memories about it, the anime and manga revolve around two brothers, Let’s and Go Seiba, as they compete against one another to be the best Mini 4WD racer. You know, typical shounen stuff – think Yu-Gi-Oh or Naruto with little toy cars instead of cards and ninjas.

Our friends at Funtasticko had shared a few photos on Facebook that showed a life-size model of the Victory Magnum racer that was built in China. Amazingly, it was not just for display and can be driven! 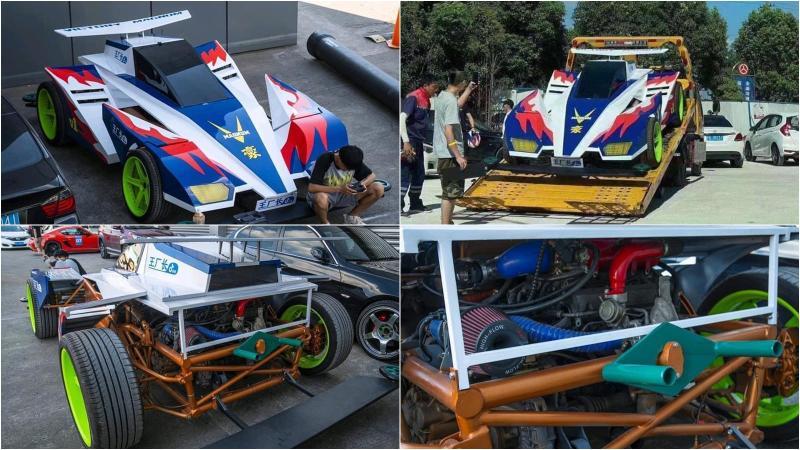 This 1:1 Tamiya model was built by Wang Factory in China and it wasn’t their first foray into creating wild vehicles. Other creations included their own Tesla Cybertruck and a transformable Optimus Prime! Here’s a clip of the Victory Magnum in action.

According to Wang Factory, it took more than 6 months to turn this Tamiya model from the pages of manga and anime screen into reality, complete with a Mitsubishi engine that would send your childhood memories into overdrive! 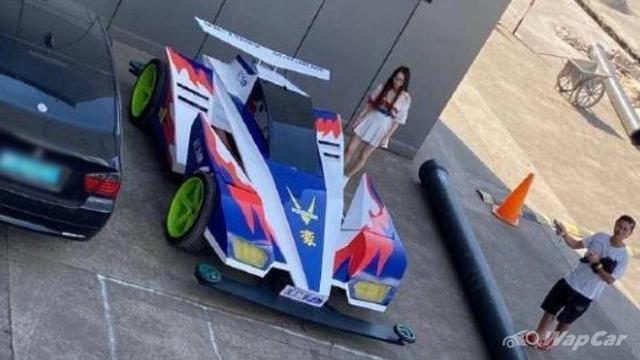 The body of this fully cowled racer was built on a metal tube frame while the front and rear suspensions utilised double-wishbone pushrod suspensions, similar to a Formula 1 car. This was powered by a twin-turbocharged 2.5-litre Mitsubishi 6A13 V6 engine with a maximum power output of 280 PS. This was mated to a 5-speed manual transmission.

With a bit of hard work, dedication, and enough budget, you too can also turn your childhood fantasies into reality just like these guys!