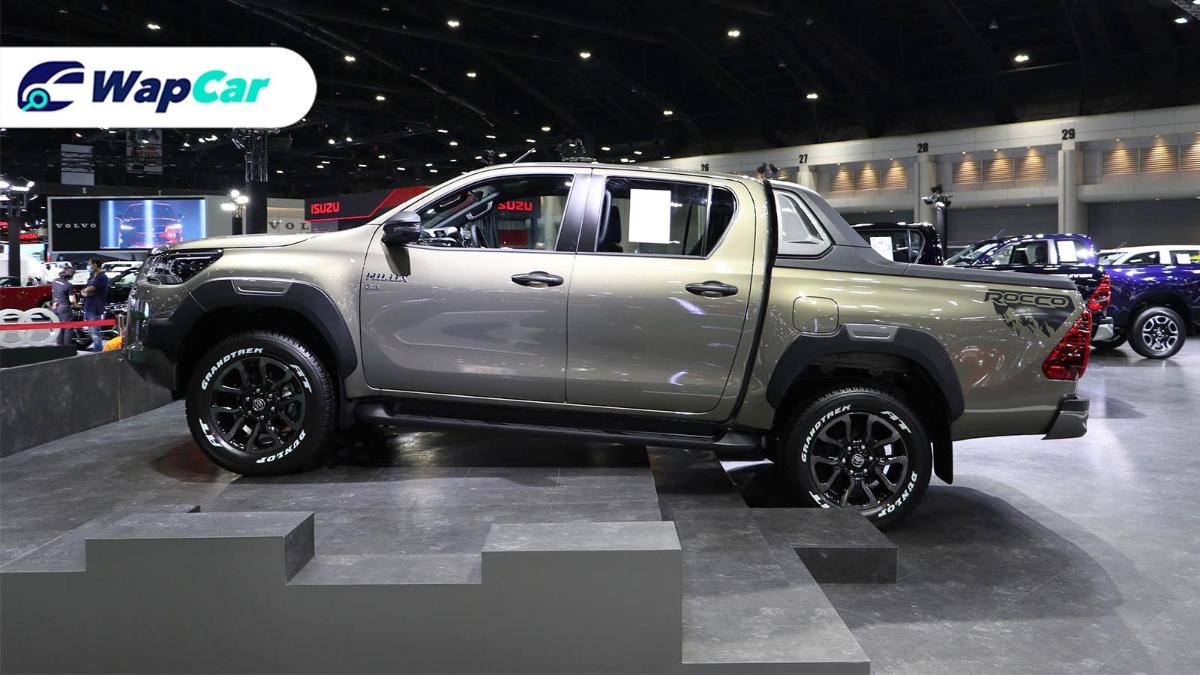 Back in June, the updated 2020 Toyota Hilux made its world debut in Thailand. We take a closer look at the latest Hilux up close from the 2020 Bangkok International Motor Show.

Special thanks to our Thai sister site Autofun for providing some of the images. 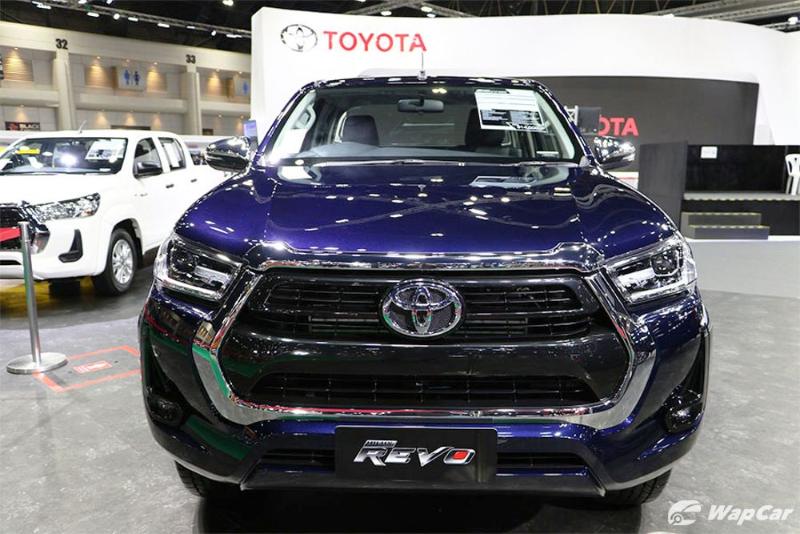 In Thailand, the Toyota Hilux is known as the Hilux Revo. We’ll take a look at the two models, the Revo and the top-of-the-line Revo Rocco. At the front, the updated Hilux definitely looks rugged. The trapezoidal grille shape is very reminiscent of the American Toyota Tacoma. 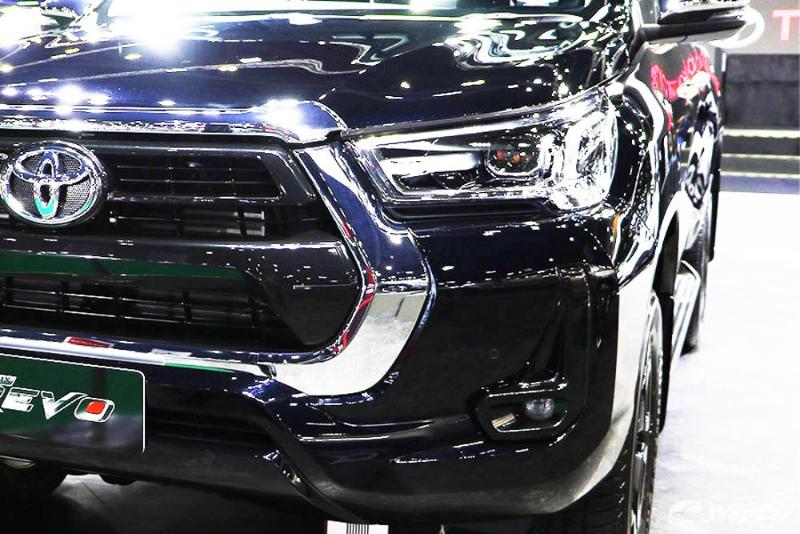 Chrome trims adorn the front grille of the regular Hilux and it features LED headlights with daytime running lights (DRLs). 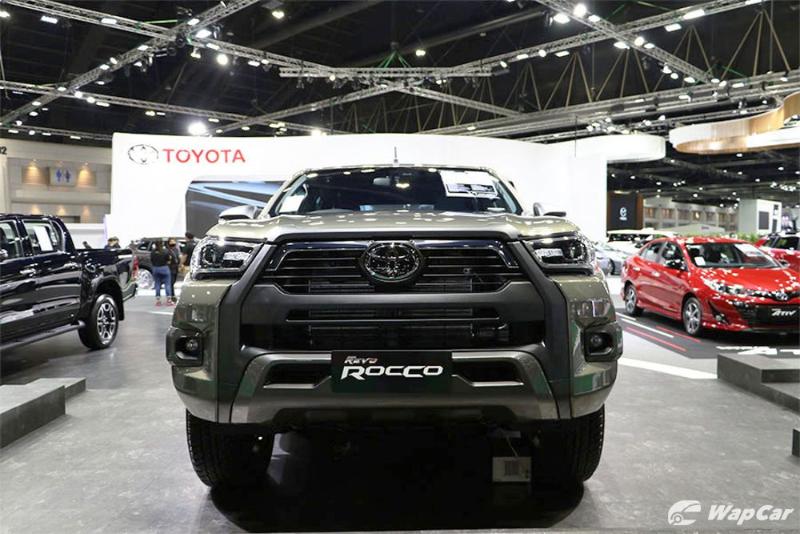 Moving on to the Revo Rocco and the style becomes chunkier thanks to plastic cladding all over the front. It looks bolder than the regular Hilux that’s for sure. 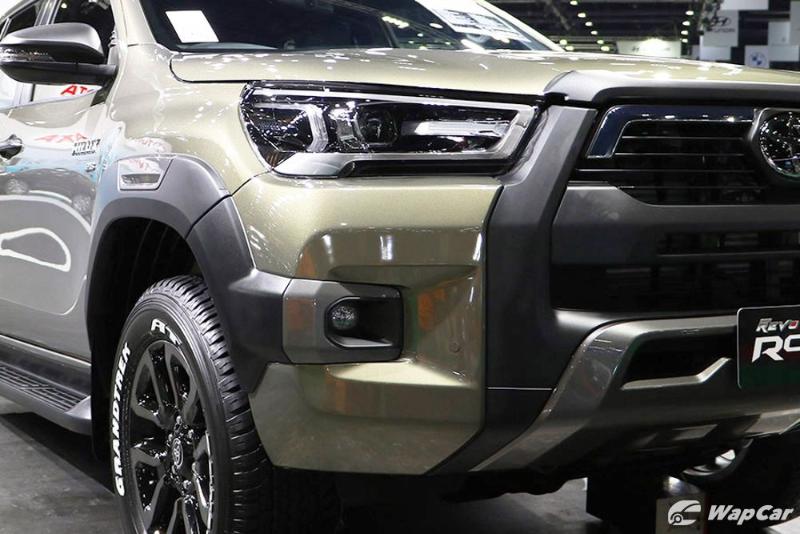 The resemblance to the Tacoma is more obvious with the Rocco. The whole chunky look is enhanced with a more angular foglamp design than the regular Hilux. 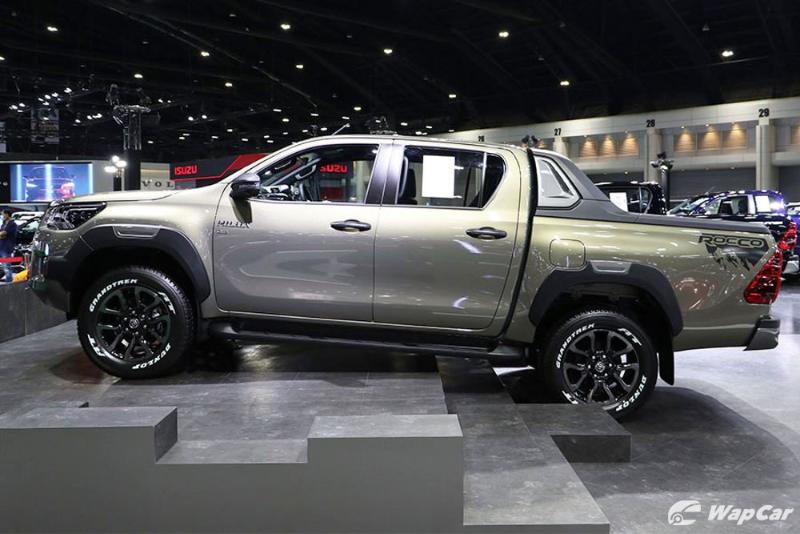 The Rocco comes with more accessories to enhance the whole rugged feel like flared arches, black sports bar, black side mirrors, and specially designed alloys with white lettering on the tyres. 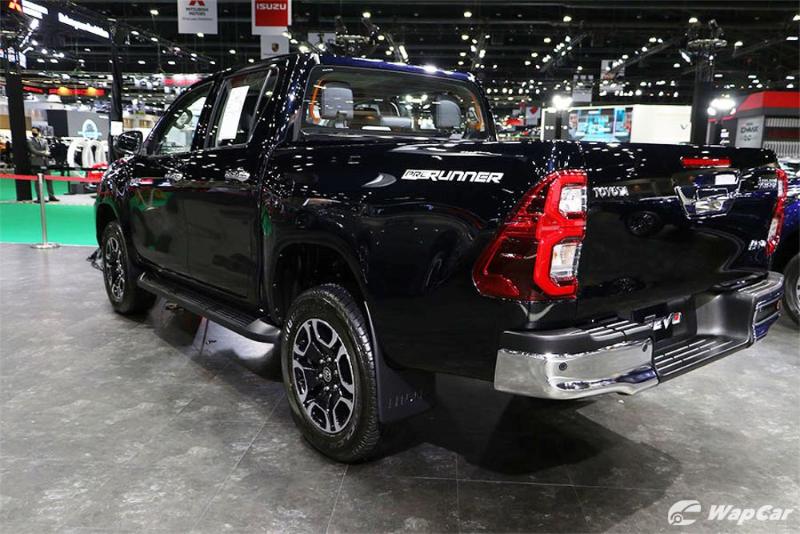 At the rear, the higher trim levels of the Hilux get LED taillights which replace the regular bulb-type. Toyota calls them “Guiding Taillights”. 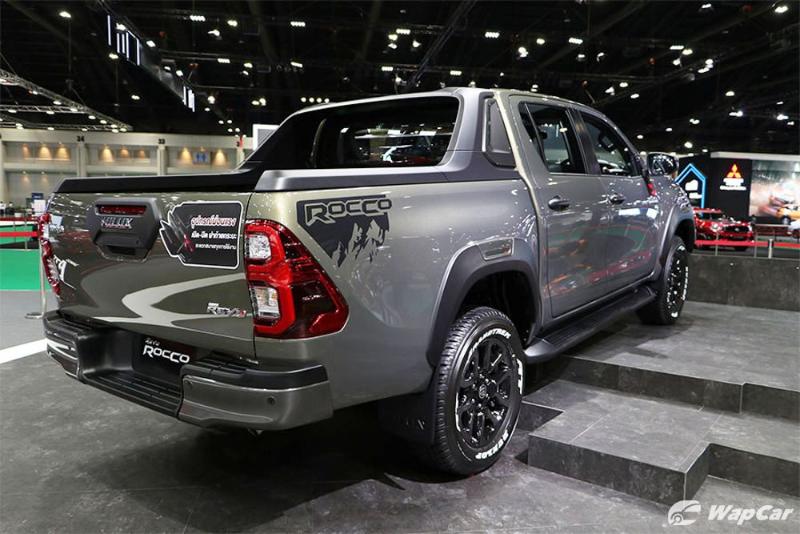 Interior – The same but now enhanced with Apple CarPlay 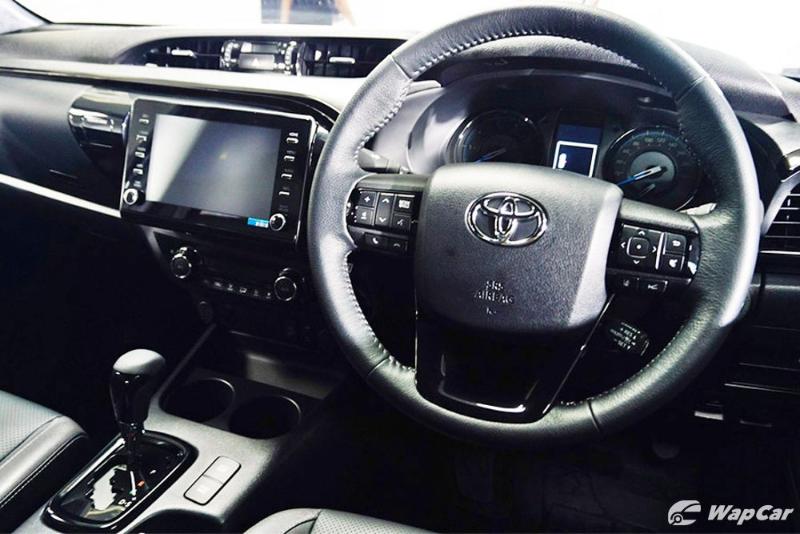 Even though the exterior of the Hilux looks very rugged and has a very invincible vibe, Toyota never forgot the creature comforts of daily driving. The interior of the updated Hilux is similar to the pre-facelift but it does get Apple CarPlay support for all variants.

Power – More grunt for the Rocco 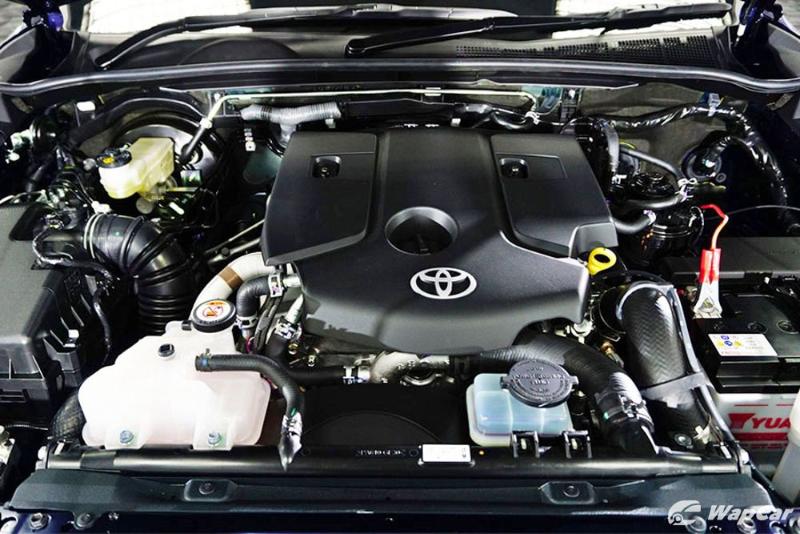 Power for the 2.8-litre variant of the Rocco is increased to give a maximum output of 204 PS and a torque of 500 Nm. The Rocco also gets enhanced suspension to give a better 4WD performance.

Safety – ADAS suite only for the Rocco 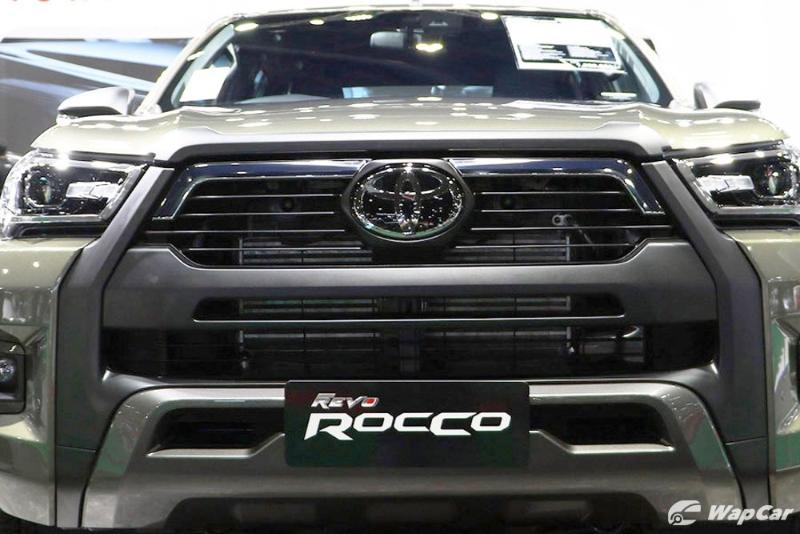 For the first time ever, the Hilux comes featured with Toyota Safety Sense (TSS) ADAS suite which includes pre-collision system, lane departure alert, and dynamic radar cruise control. This safety suite is only available for the Rocco.

When will the model be launched in Malaysia? 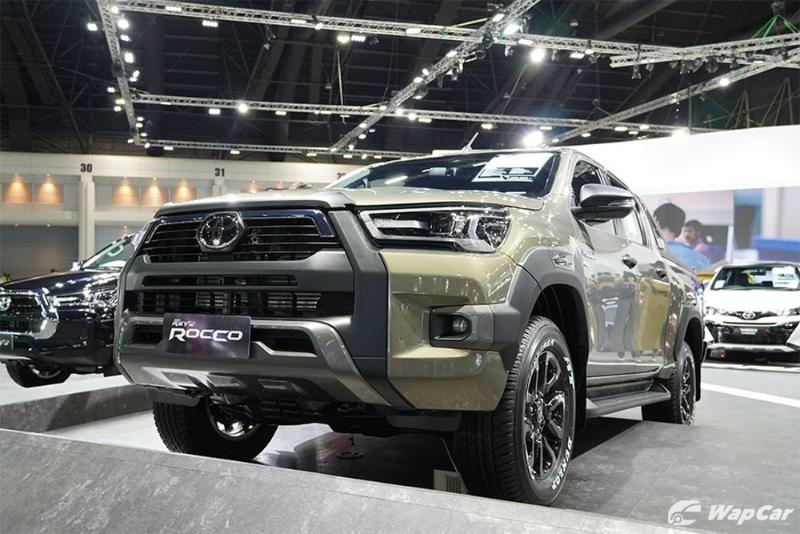 As the Toyota Hilux is locally-assembled at Toyota’s plant in Shah Alam, expect for a local debut either towards the end of 2020 or early-2021, to give additional time for local assembly.