HomeNewsMake way for this black Toyota Camry, how much is PM Anwar's official car without tax?

Make way for this black Toyota Camry, how much is PM Anwar's official car without tax? 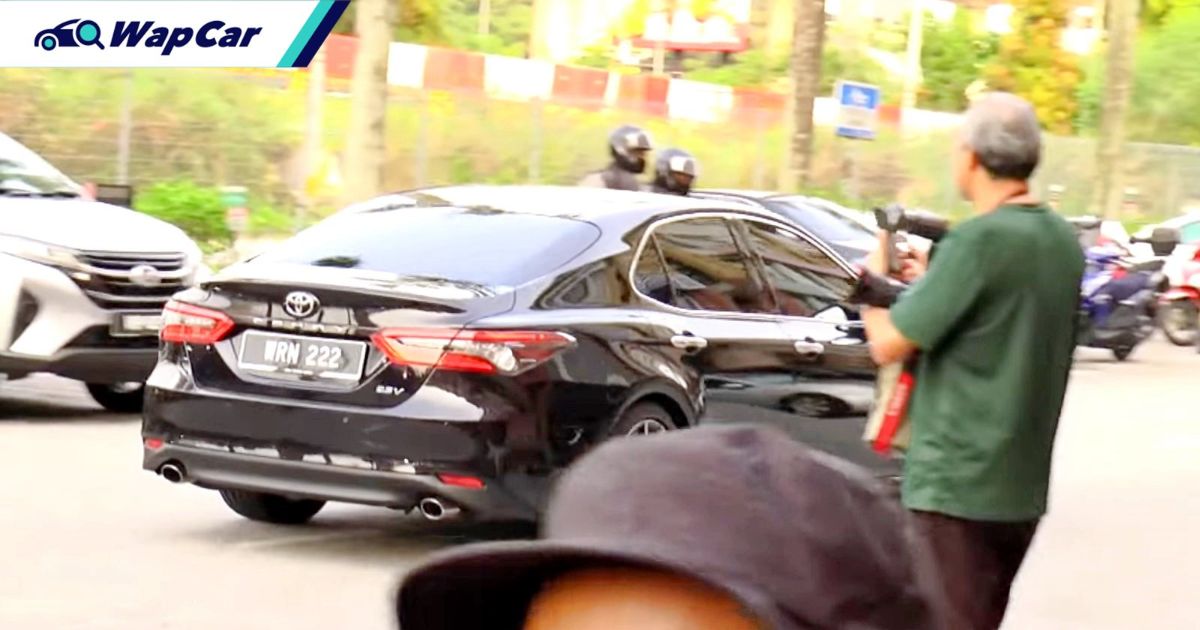 While previous Prime Minister Ismail Sabri and his predecessor Muhyiddin Yassin travelled in a Toyota Alphard (DEM 1) and Toyota Vellfire (JBM 2) respectively, newly appointed Prime Minister Datuk Seri Anwar Ibrahim has decided that he only needs a Toyota Camry to carry out his duties.

In case you're wondering, the BMW 740 Le (BEM 1) used during his election campaign was loaned to him by a supporter (Datuk Sham), and has since been returned.

Speaking to the media outside PKR’s headquarters yesterday, Anwar pointed to his Camry and said “It's okay, right?,” adding that he had cancelled the booking for a Mercedes S600 made by the previous prime minister.

The S600 is yet to be delivered and upon checking, the Prime Minister said it was still possible to cancel the booking and that was what he did.

Anwar later said in his Facebook post that the Camry was not a new purchase, and that he will use any car that is already in the Prime Minister Office’s fleet.

“The move is taken because I don’t want any additional expenses to be made,” said Anwar, who as his first task as Prime Minister, chaired the 2022 National Action Council on Cost of Living Special Meeting, and is giving civil servants 2 weeks to come up with a better targeted subsidy mechanism. 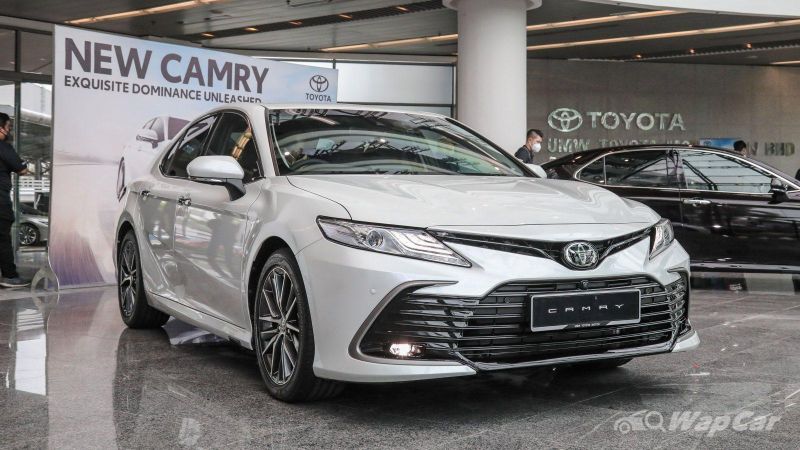 Imported (CBU) from Thailand, the new Camry is powered by a 2.5-litre naturally aspirated Dynamic Force (A25A-FKS) engine, paired to a 6-speed automatic transmission. The model is priced at RM 209,800. If the vehicle is purchased new and is registered as a government vehicle, it would’ve been exempted from taxes, which would’ve brought its price down to RM 126,000. 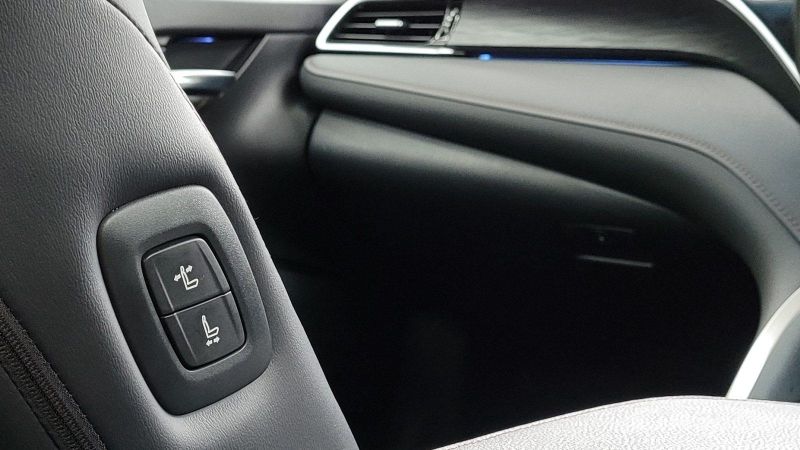 The Camry is a very suitable chauffeur-drive vehicle. The front passenger seats for example, features a shoulder switch so Anwar can easily adjust the seat in front for more legroom, while the collapsible headrest gives an unhindered view of the police outriders in front.

The Camry is also the only model in its class to feature tri-zone automatic air-conditioning (driver, front passenger, rear occupants) and power-reclining rear seats, all controlled via a centre armrest console.

But if Anwar loves cars (he keeps a classic air-cooled Beetle), he should once in a while ask his driver to step aside, because there is no other other car on this side of a quarter-million Ringgit that strikes the balance between sharp handling and comfort as well as the Camry. 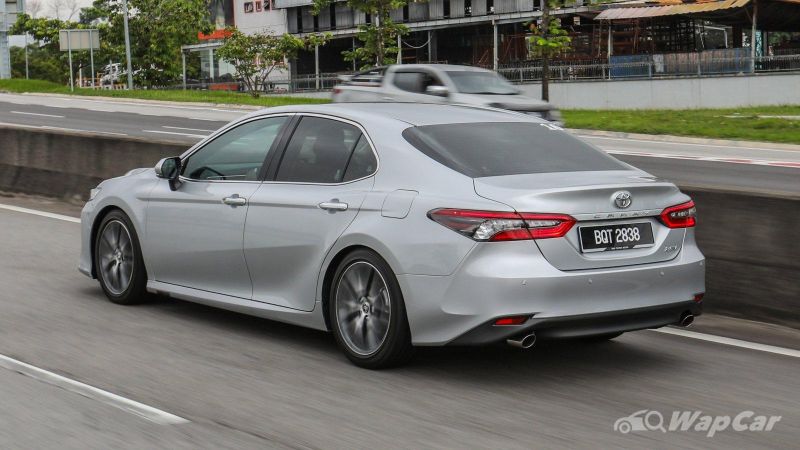 The Camry is in our books, the sweet spot for everything you want from a car. You can 'top up' a bit more money to buy a BMW 3 Series, but you are only short-changing yourself, objectively speaking, brand image aside. 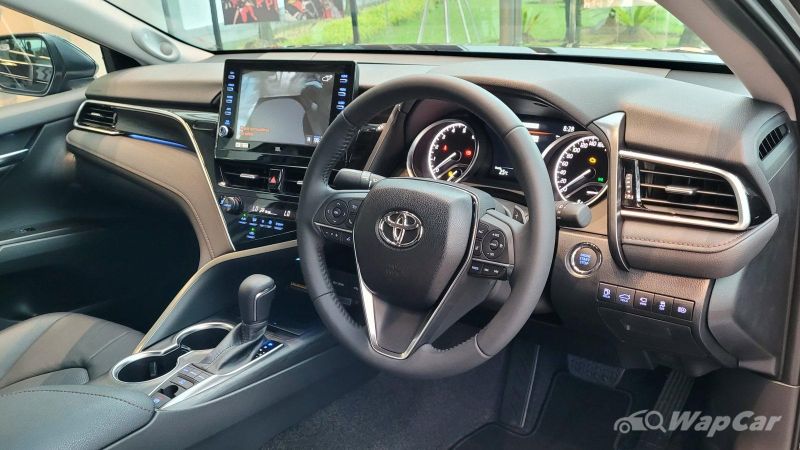 As for the Mercedes S600 ordered by the previous prime minister, it is most likely a grey import unit.

The current generation V223 (long wheelbase) Mercedes-Benz S-Class sold by Mercedes-Benz Malaysia is only available in two variants, none carry the 600 designation. The locally assembled (CKD) S580e plug-in hybrid variant is priced at RM 708,888 while the imported (CBU) Maybach S580 4Matic is priced at RM 1,850,888.

Globally, there is no such thing as an S600 for the current W223 / V223 generation S-Class, so the model referred to here is most likely the previous W222 / V222 generation model, which also again suggests the model ordered by the previous administration was a grey import model.

Government vehicles are typically leased from a third party company rather than purchased directly from the manufacturer’s authorized distributor / national sales office here. 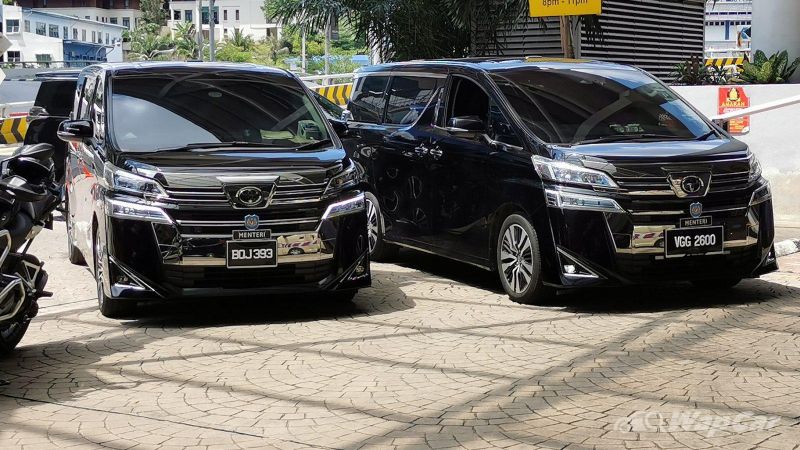 The fleet of Toyota Vellfires used by ministers of the outgoing Cabinet were leased from Spanco, at RM 4,851.61 per month. The question, can the next batch of Ministers (to be announced) continue to use their Vellfires if their boss is only using a Camry?