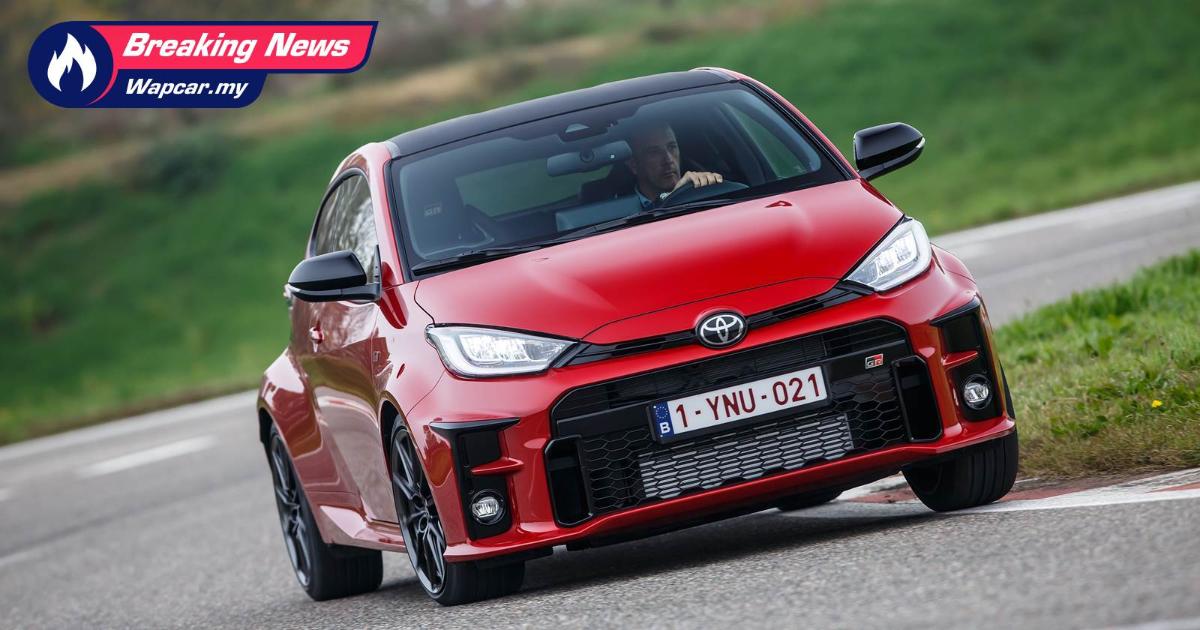 UMW Toyota will be launching a new model on 17-December. Typical of such pre-launch teasers, details are intentionally held back but the tone and manner of the communication suggests something youthful, emotional and sporty. 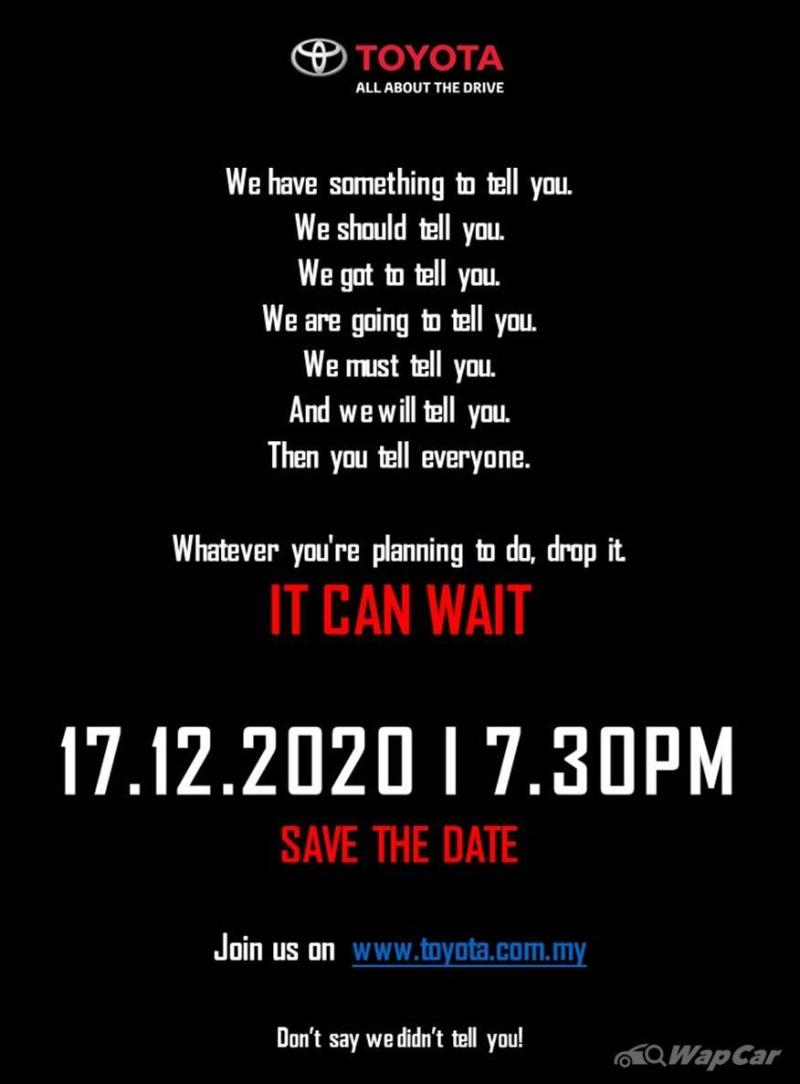 So we can safely rule out cars like the Toyota Fortuner and Toyota Innova, both of which are also due for an update, following a similar refresh for the shared IMV-platform Toyota Hilux. 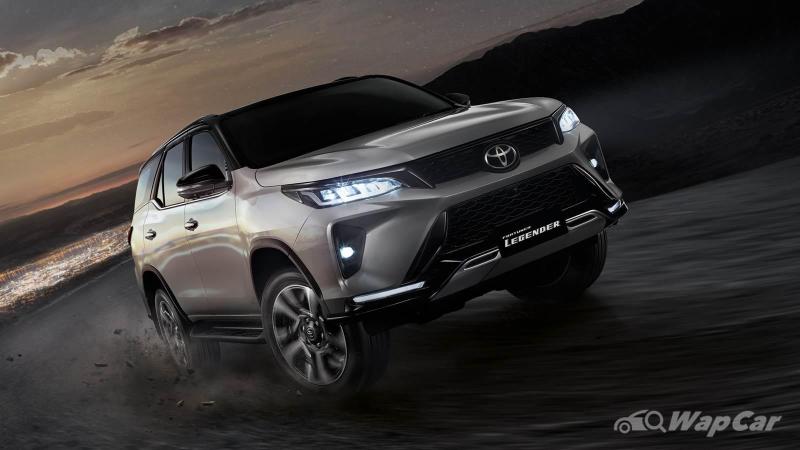 Could it be the new updated Toyota Vios and Toyota Yaris then? Bookings are opened for both models, both are yet to be launched. The Vios-Yaris twin are aimed at younger buyers, and we know that the updated Vios range will also feature a dressed up Vios GR Sport. 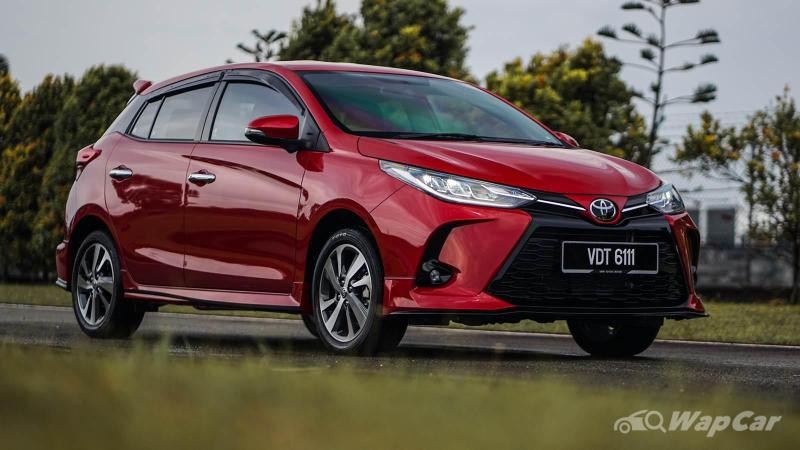 The latter will serve as a bridge between the Toyota Vios Challenge one-make race series and regular road-going Vios. 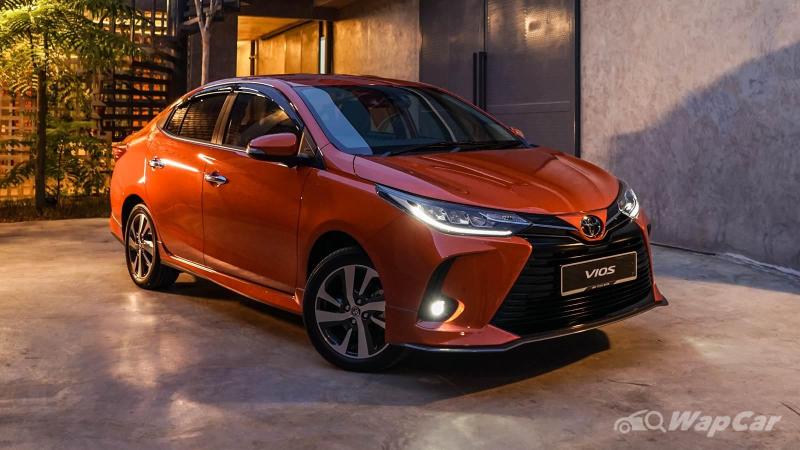 But that’s putting little too much effort to launch what is essentially an additional variant (GR Sport range feature no engine upgrade) to the Vios range right?

So what else is possible? One month ago, Toyota Motor Thailand opened its order books for the Toyota GR Yaris.

If you look closely at the font type used in UMW Toyota’s teaser post, it’s very similar to the one used to promote the Toyota GR Supra. So could it be the UMW Toyota is preparing to launch the GR Yaris soon? 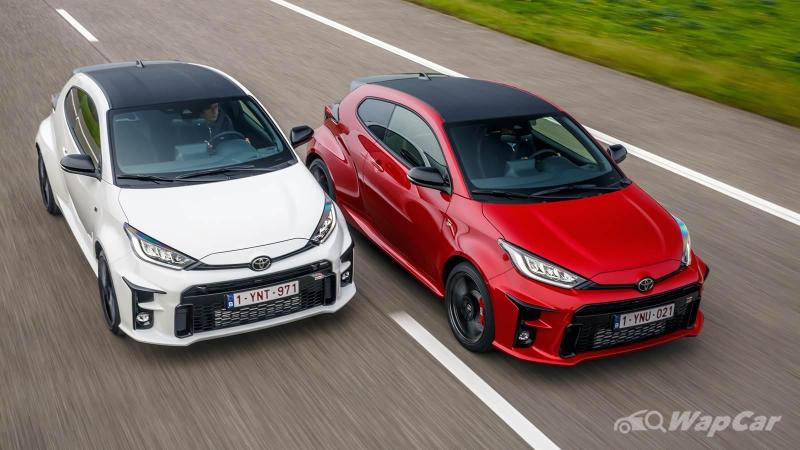 Despite sharing the Yaris name, the GR Yaris has little in common with the regular Yaris. This is a road legal race car that is homologated to World Rally Championship (WRC) regulations. 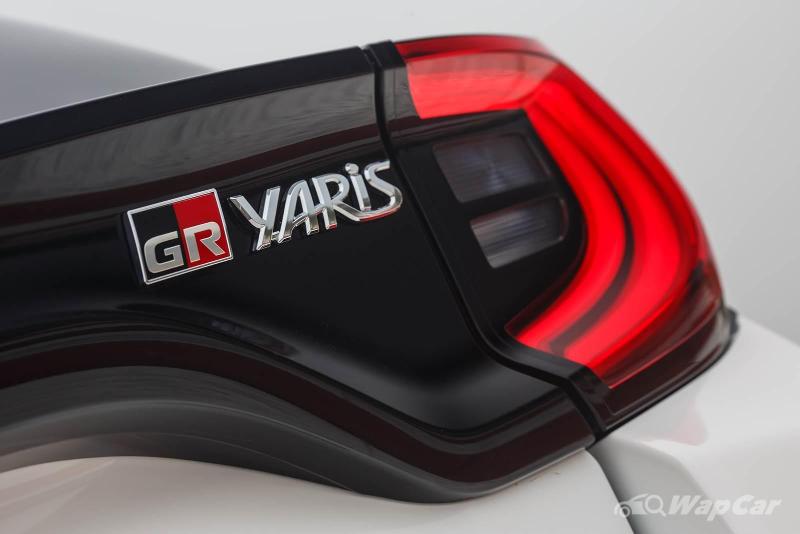 At a time when Volkswagen has announced that it is pulling out of all forms of motorsports, the rally-bred GR Yaris is a pet project of Toyota’s President Akio Toyoda, who also happens to be the only boss of a car company to regularly race the cars his company sells. 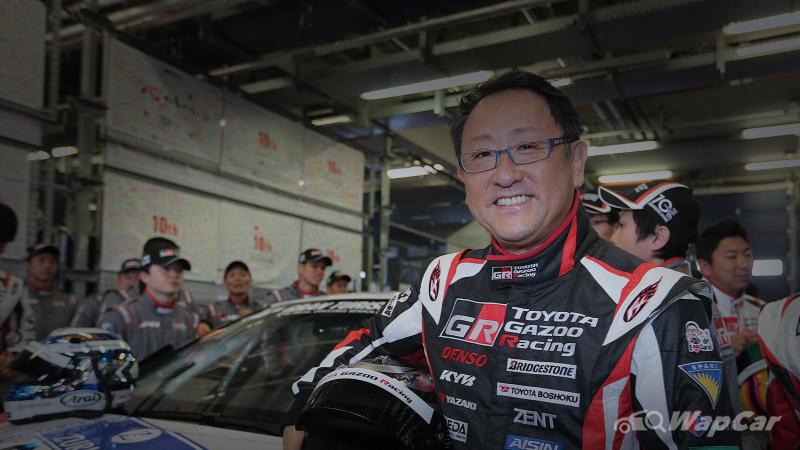 In response to the launch of the GR Yaris and Akio Toyoda’s commitment to make ‘ever better cars’ and his ‘fun to drive again’ mantra, AutoCar UK’s latest editorial described President Akio Toyoda as the Enzo Ferrari of our time.

As a road legal race car signed off by Tommi Makinen, don’t expect the GR Yaris to be cheap. 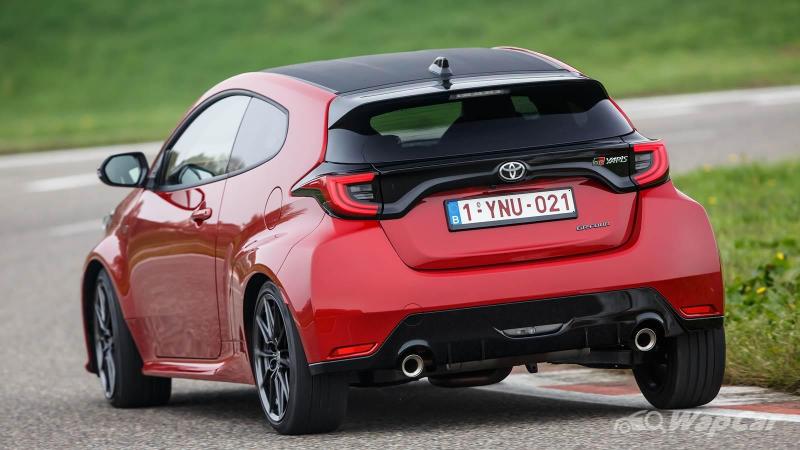 In every market where the Toyota GR Yaris has been launched, it is more expensive than a Honda Civic Type R or even a Volkswagen Golf R. Expect to pay upwards of RM 330k for one, nevermind the fact that the GR Yaris technically sits one segment lower. This is not a car for people who talk about things like “But you could get a Mercedes-AMG A45 for that price!” 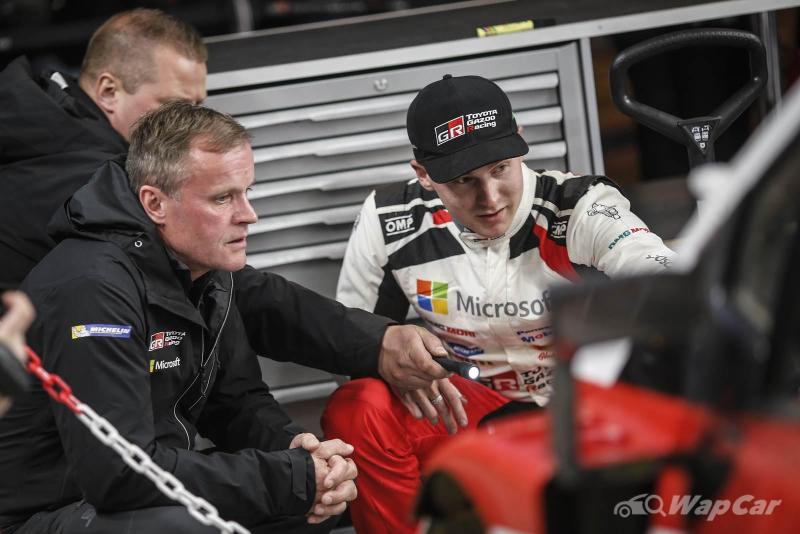 The appeal GR Yaris goes beyond the snob appeal. No BMW M or AMG model is developed to this level, with personal involvement of the company’s boss. Not just any boss, but the great-grandson of the company’s founder so you know it has to be really special. Those who know, can tell the difference.

The video below, with Akio Toyoda (his motorsports persona’s nickname is Morizo) behind the wheel of every GR Yaris development mules, tells you that this car is different.

In Australia, the first 1,100 units of the GR Yaris allocated for the country was sold out in just one week and Toyota Australia had to temporarily shut down its online pre-order page. 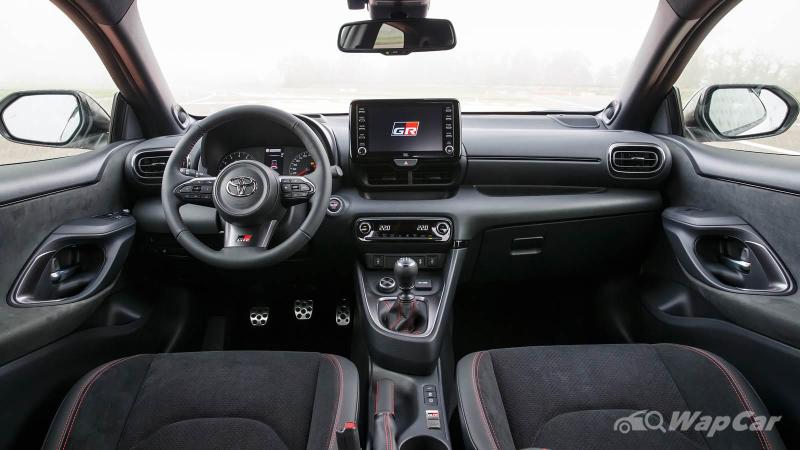 Of course, Malaysia’s market for motorsports-derived cars is a lot smaller so we can’t expect a similar response. We understand that UMW Toyota is allocated about 100 units of the GR Yaris. 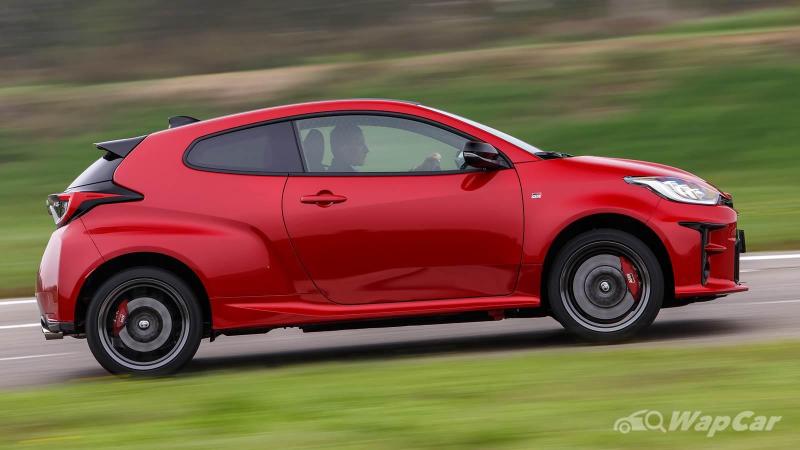 Catch the livestream at the Toyota Malaysia Facebook at 7.30 pm, 17-December.