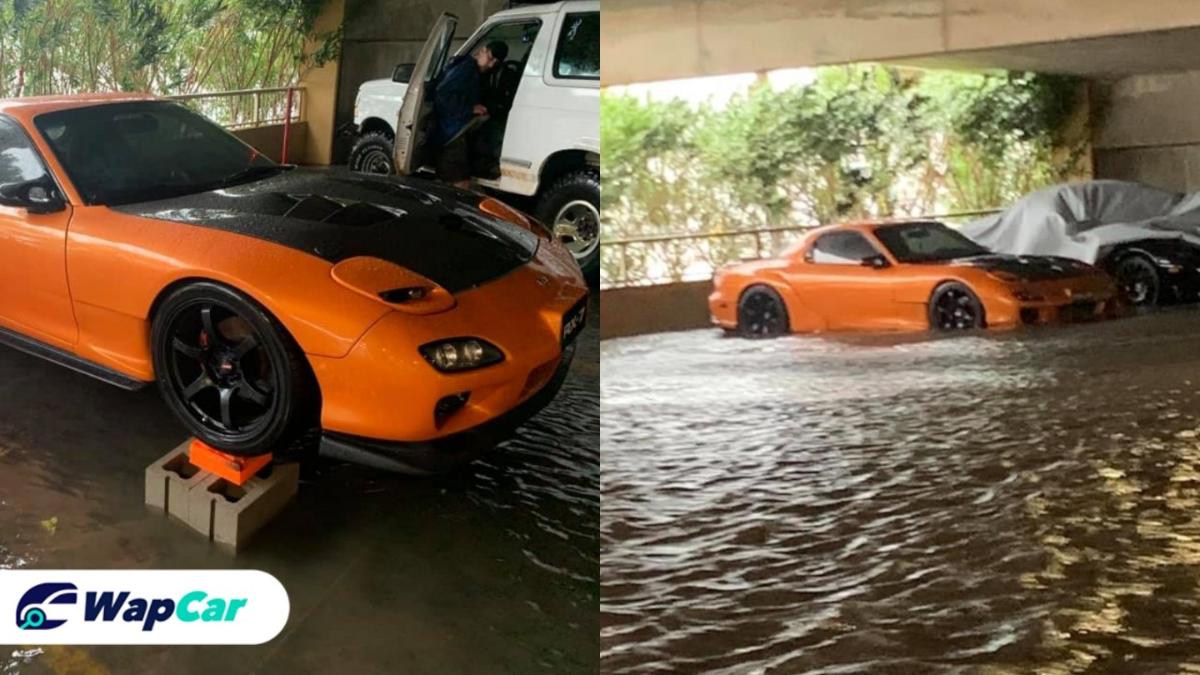 2020 has already proven to be a very tough year. With negative emotions running high, we really do not need to see/hear a rare car like a Mazda RX-7 get damaged beyond repair. And the world would have seen one less RX-7 if this kind man hadn’t selflessly saved a complete stranger’s RX-7 from getting damaged by a bad flood!

Austin Owens came across a post of a rare FD RX-7 in a flooding casino parking lot on Facebook. Owens knew that if the RX-7 is left as it is, it would only be a matter of time before the floodwaters from the tropical storm raging around the casino sweep the car away. 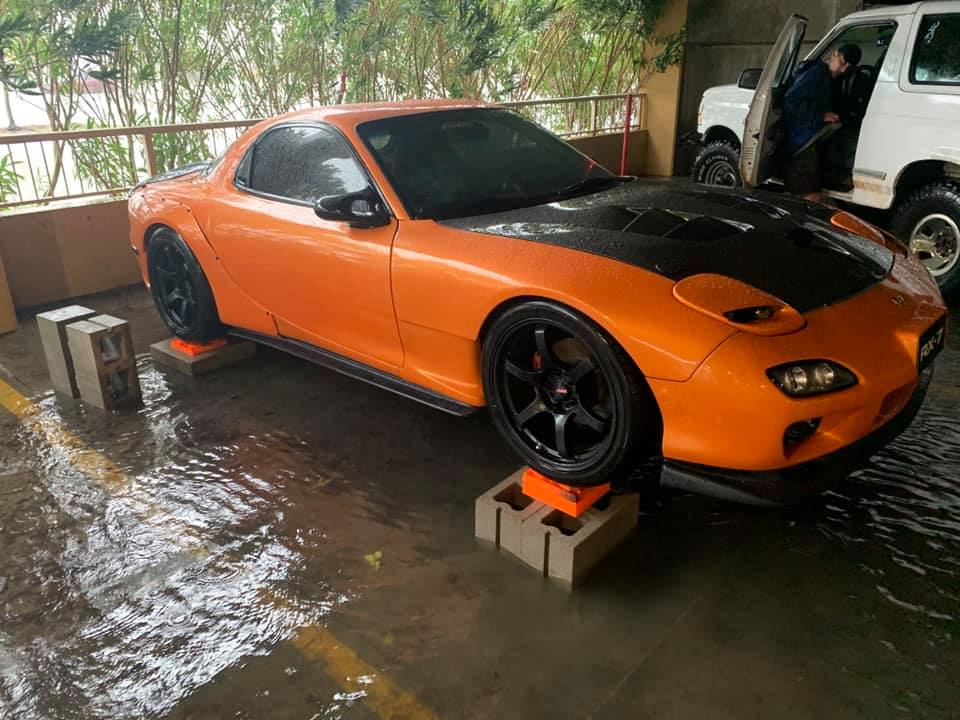 Owens immediately jumped into action, he first purchased cinder blocks and a jack, loaded both into his car and drove through heavy floodwaters to get the casino parking lot. He managed to prop the car up on the blocks to keep it safe from the rising water without help.

Luckily Owens didn’t need to wait long for the RX-7’s owners to show up to take the car away. When the owners arrived with a trailer, Owens happily helped the owners load the car onto the trailer so it could be transported to a safer location. 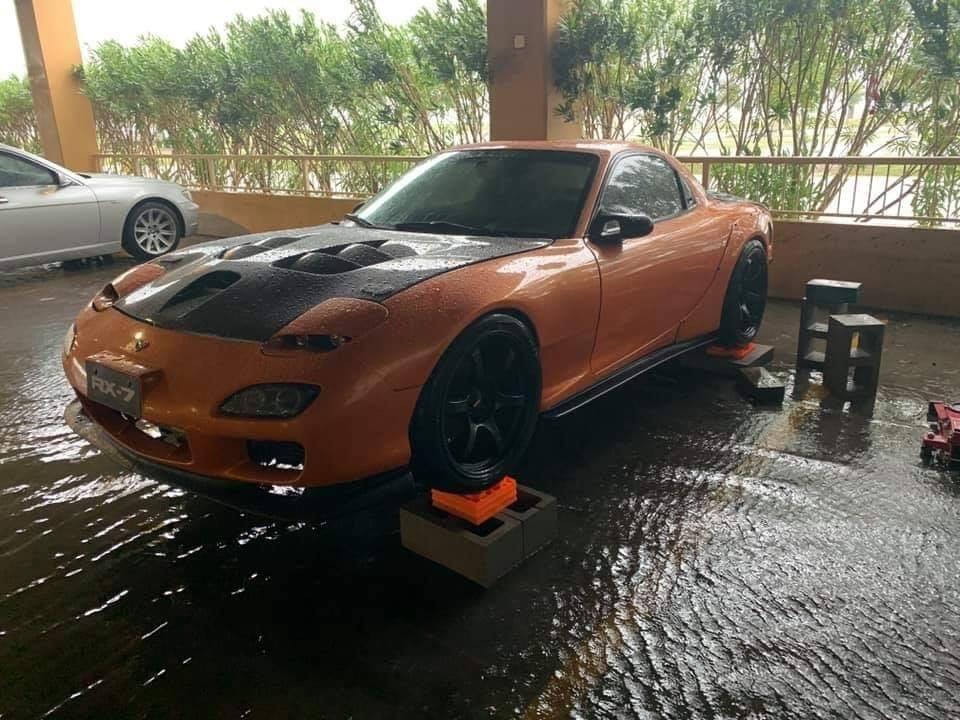 It was later learned that the RX-7 was left in the casino parking lot because of a leak in the rear boot. The car’s rotary engine was newly rebuilt and had returned from the paint shop just a month ago.

The owner of the car heartily thanked Owens for attempting to save the car. They had originally planned to leave the car in the parking lot as they did not expect the storm to get too heavy. 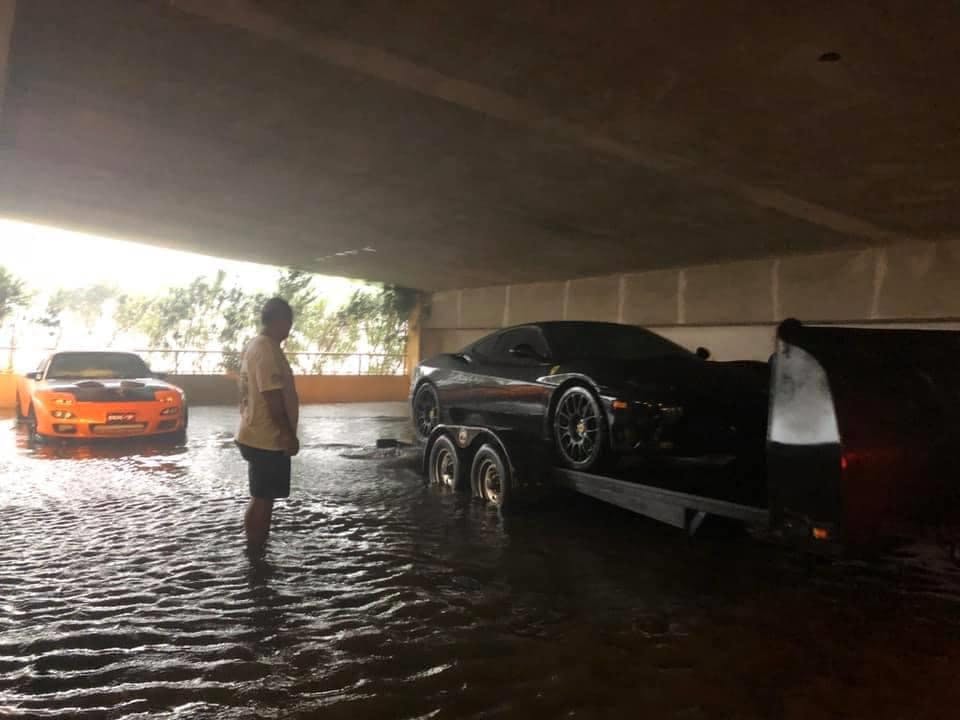 Car fans all over the world raved over Owens’ selfless act, applauding him for restoring their faith in humanity. Reading about the RX-7’s saviour has brightened up our day.