The Mazda CX-60 has gone on sale in Japan and Europe. Mazda’s first-ever rear-wheel drive (RWD) SUV is the first SUV under Mazda’s Large Product Group of models to reach these two markets. The smaller CX-50 is confined to North America, for now.

While introduction of the Mazda CX-60 in markets outside of Japan and Europe has yet to be ruled out, the Hiroshima-based company didn’t exactly deny such a possibility too.

That said, sources familiar with the matter did say that the Mazda CX-60 is being studied by Bermaz Motor, Mazda’s official distributor here in Malaysia, for its eventual debut here.

In addition to that, a Bermaz Motor spokesperson said, “We can’t comment on the CX-60 yet but if you look at our model line-up, you will see what all right-hand drive Mazda models are available for sale in Malaysia.”

Upon its eventual arrival here in Malaysia, how much will the Mazda CX-60 be priced at? Let’s dive in.

The base Mazda CX-60 25S S Package is powered by a long-serving naturally-aspirated 2.5-litre 4-cylinder petrol engine that does 188 PS and 250 Nm. Due to its new rear-wheel drive (RWD) layout, Mazda has given the CX-60 range a new 8-speed torque converter automatic transmission. 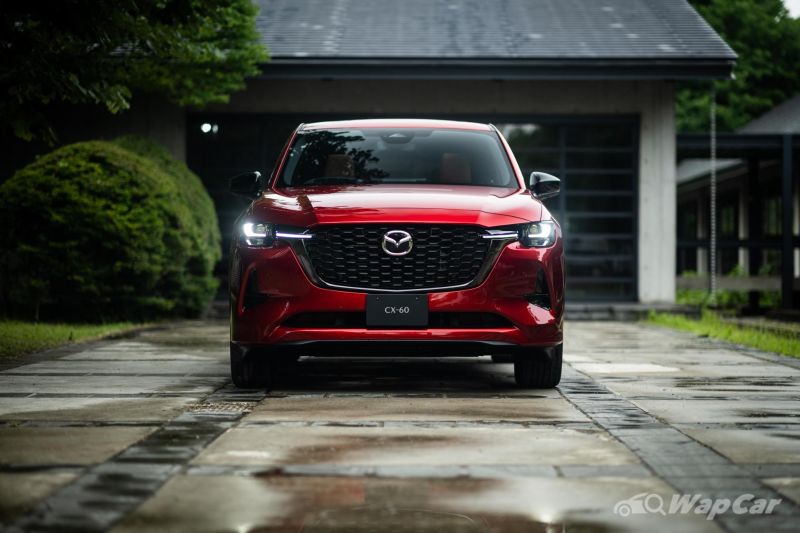 As for the top-spec CX-60 PHEV Premium Modern variant, Mazda has yet to release specifications of its Japanese-market model. However, a quick check on Mazda's UK side reveals that the PHEV variant gets a brand-spanking-new petrol-electric 2.5-litre 6-cylinder engine paired to an electric motor, allowing for a combined system output of 327 PS and 500 Nm. 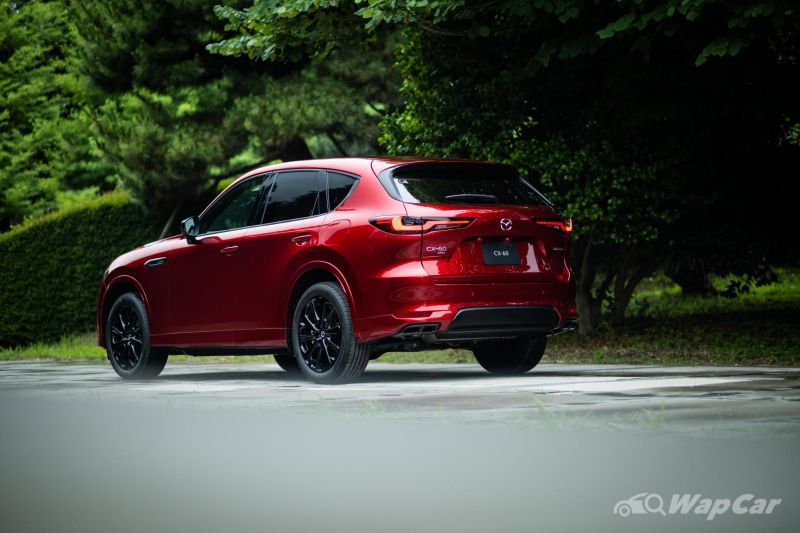 The plug-in hybrid (PHEV) version of the CX-60 is the priciest variant on sale in Japan, though chances of this model being offered here in Malaysia is slim. 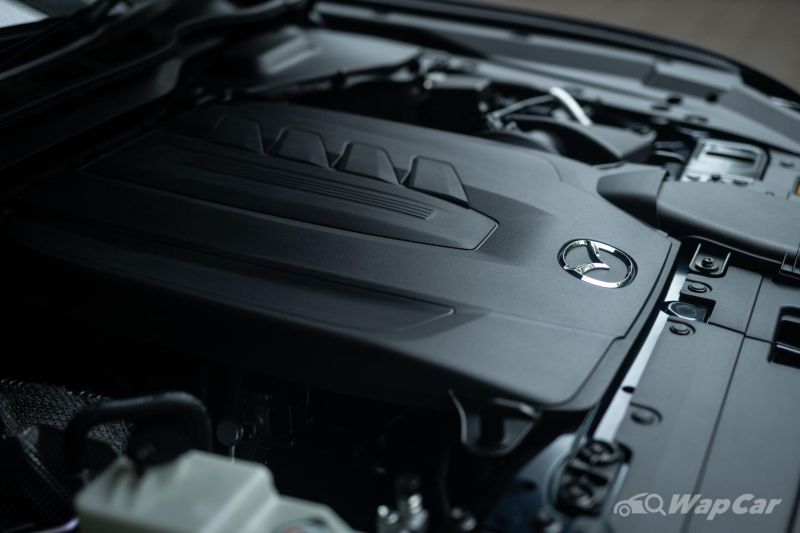 Interestingly enough, prices of the Mazda CX-60 are within the same ballpark as the Japanese-market Toyota Harrier, the latter is priced between JPY 2.99 million (~RM 97k) to JPY 5.04 million (~RM 163k).

The big gap in price is attributed to the extensive list of features the top-spec CX-60 PHEV Premium Modern variant adds over the base CX-60 25S S Package variant. 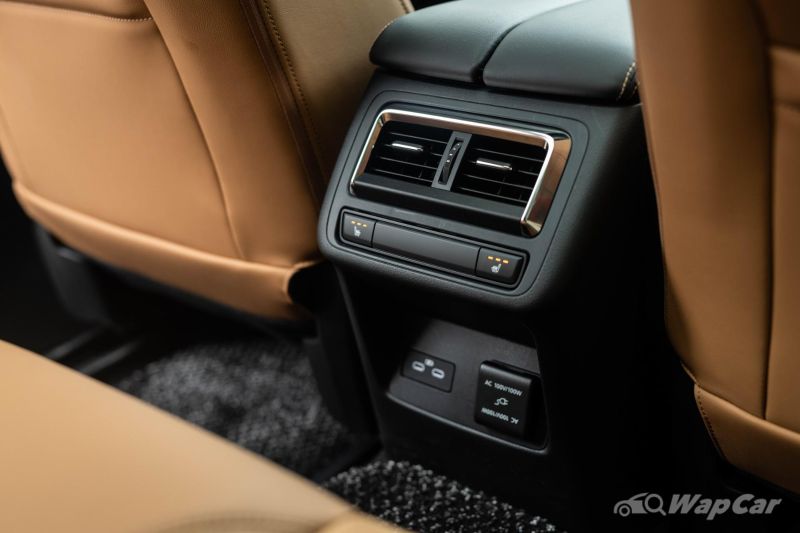 For example, some of the features added on the top-spec variant include:

That's not to say that the base CX-60 is spartan by any means. It still offers: 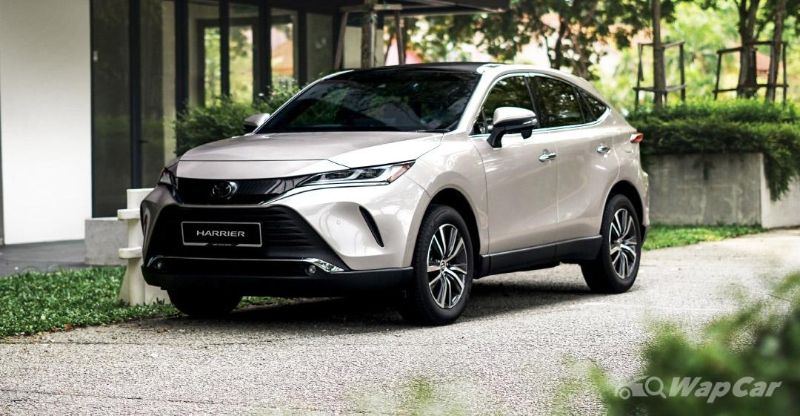 Now, assuming that the upcoming Mazda CX-60 is imported (CBU), in order to gauge how much the Mazda CX-60 would be priced in Malaysia is to pick the Toyota Harrier, as the Harrier sold in Malaysia is also imported (CBU) from Japan. The CX-5 and CX-8 are locally-assembled (CKD) and thus pricing isn’t representative of the CX-60, which considering its lower volume, would likely be imported.

The Toyota Harrier that’s currently on sale in Malaysia is priced at RM 250k (50-percent SST exemption, valid till 30-June). 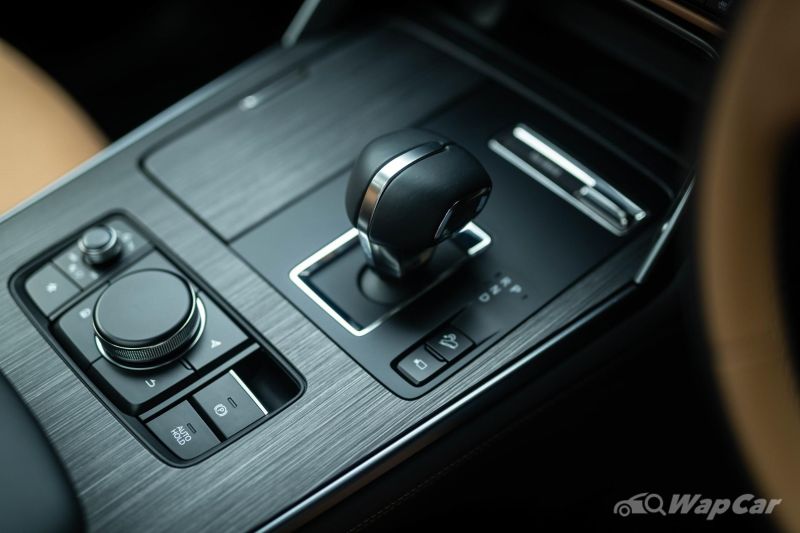 Upon the eventual arrival of the Mazda CX-60 in Malaysia, there is a good chance of it being priced within the same region of the Harrier. After all, the CX-60 is gunning at the same buyer demography as the Harrier, so it would be logical that the Mazda would be priced similarly. 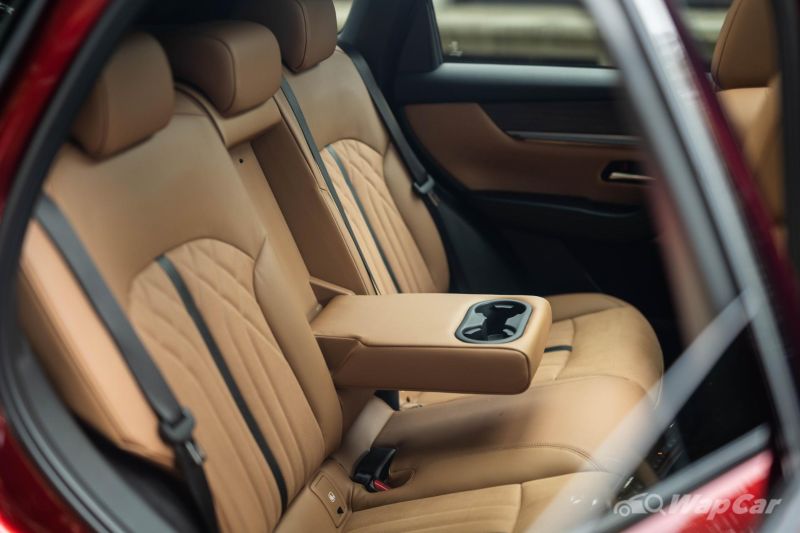 So, what do you think? Would you consider the Mazda CX-60 if it was launched here? 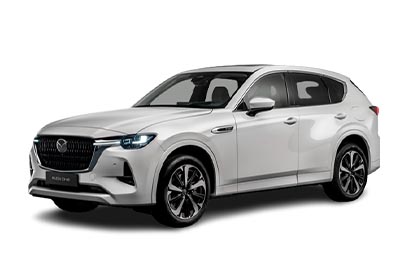