HomeNewsMCO in KL, Selangor, Johor, and Penang extended to 4 March 2021 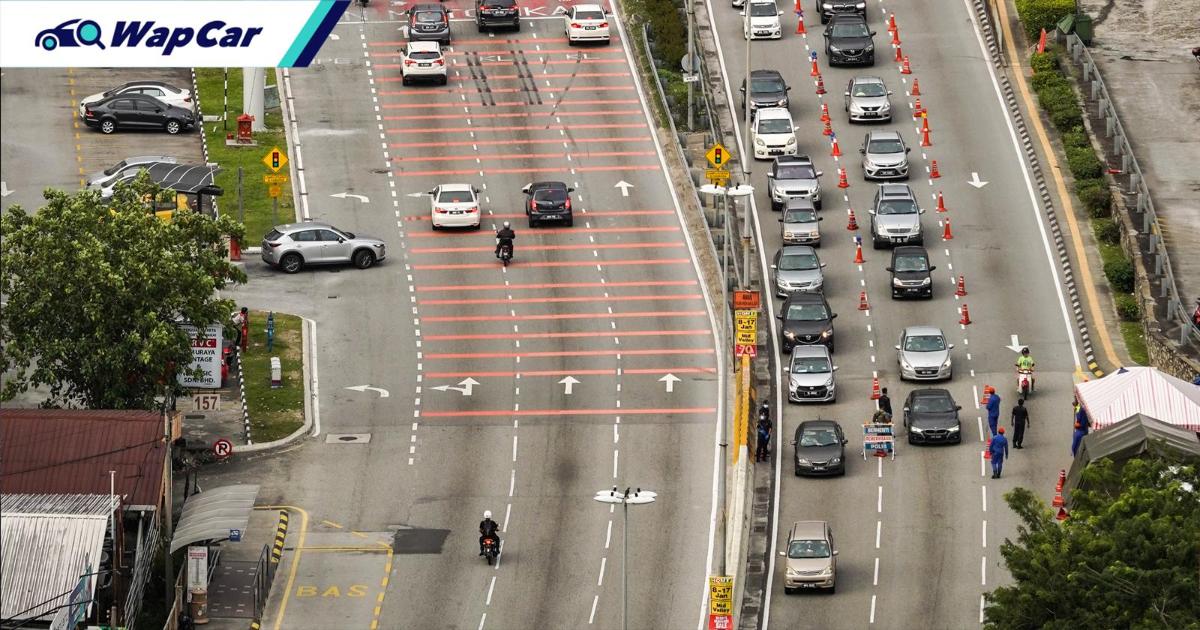 The ongoing Movement Control Order (MCO) will be extended in Kuala Lumpur, Selangor, Johor, and Penang until 4 March 2021. Conditional MCO (CMCO) will be reinstated in all states including the federal territories of Putrajaya and Labuan. 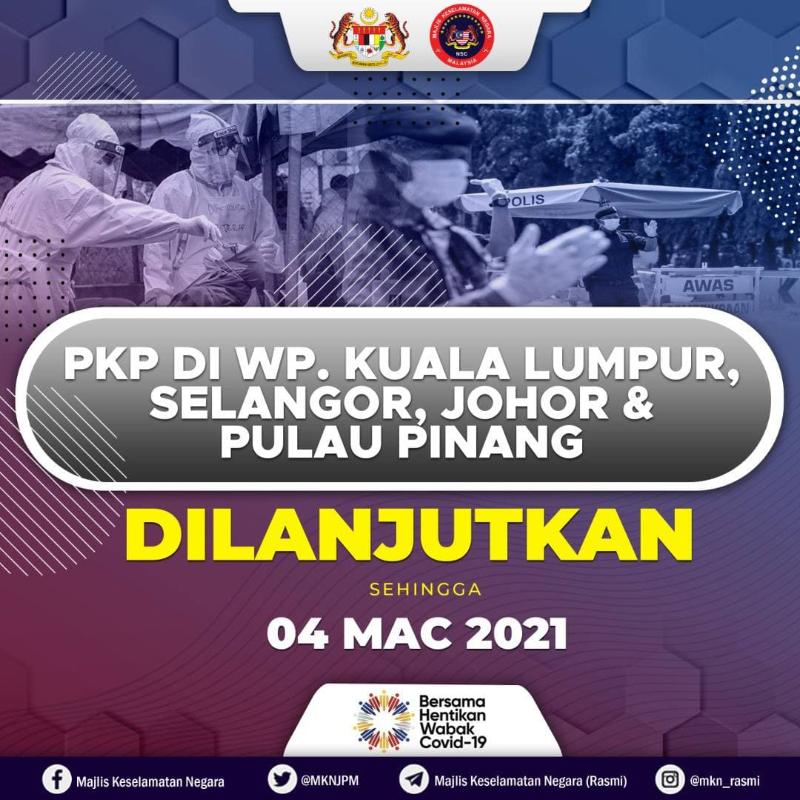 Meanwhile, the Recovery MCO (RMCO) will be reinstated in Perlis. This means that Sarawak will no longer be the only state observing RMCO. 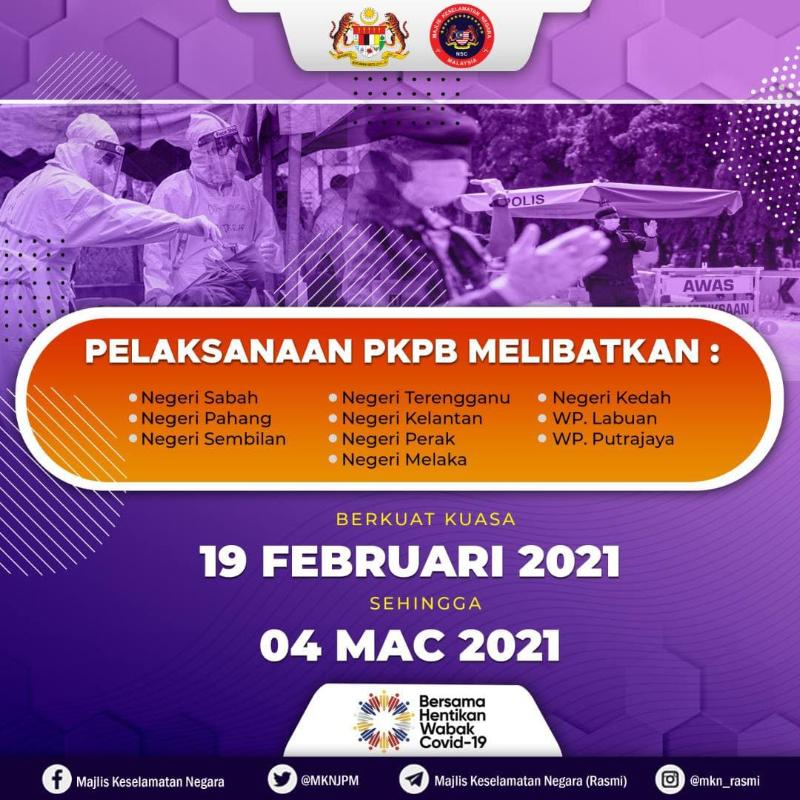 Sabah will enter the state of CMCO as well. The state previously had the highest record of new cases until the full lockdown was implemented in January this year.