HomeNewsMercedes A-Class vs BMW 2 Series GC: Which is a genuine entrance to luxury?

Mercedes A-Class vs BMW 2 Series GC: Which is a genuine entrance to luxury? 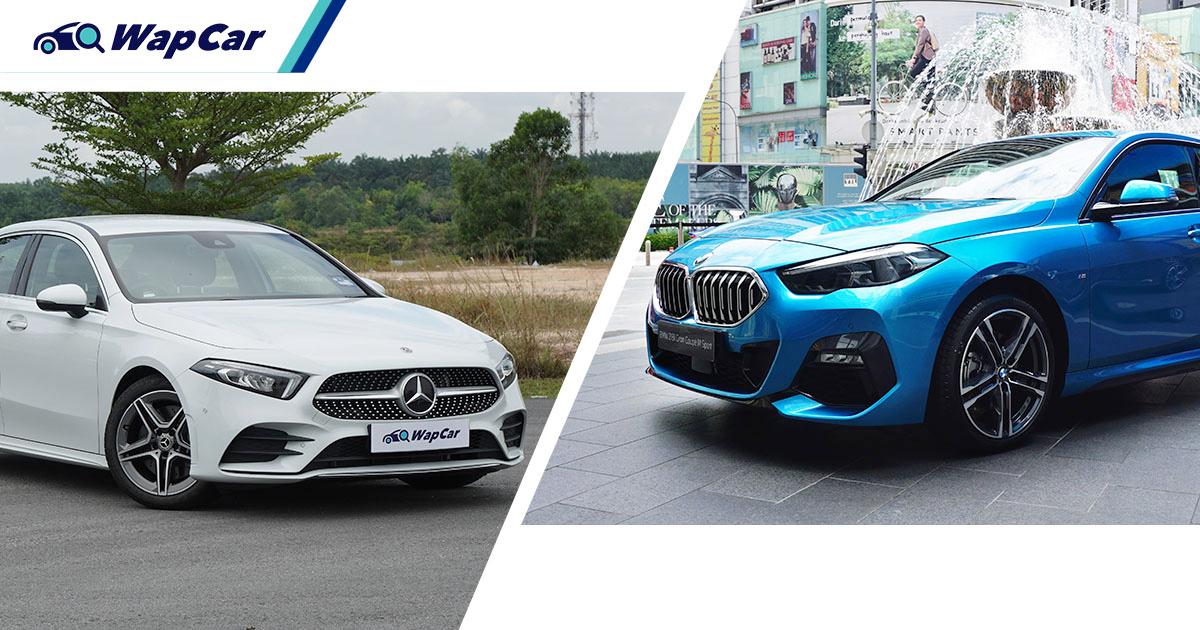 Why do people aspire to own a Mercedes-Benz, or a BMW? As a kid, I always marvelled when I saw a household with a Mercedes or BMW in the garage.

When I asked my dad, why he bought a W201 Mercedes 190E, he told me, Mercedeses represented premium luxury, advanced engineering and peerless build quality. The 190E was, at that time, the entry point for Mercedes ownership.

BMW is no stranger to this concept as well, its 3 Series lineage being the entry point for anyone aspiring to get a slice of premium Bavarian engineering.

Today, the entry points to both marques are no longer the 190E (now the C-Class) nor the 3 Series. This mantle has been assumed by the Mercedes-Benz A-Class Sedan and BMW 2 Series Gran Coupe respectively.

Do the new contenders carry the same essence that made both marques so sought after? Let's see how both marques take a different route to achieving the same end goal, premium luxury.

The term 'Baby Benz' was coined for the Mercedes 190E during its heyday. Obviously, the A-Class fits this moniker better now. From a styling standpoint, the 'Baby Benz' aura is well and alive.

Whilst I'm not a fan of the W177 hatchback, I'm enamoured by the V177 sedan's form factor. It's beautifully proportioned, with the classic long snout, short rump profile of a sports sedan. The 'Baby Benz' title is wonderfully represented in this form.

In contrast, I am not quite sure what BMW were trying to achieve with the F44 2-er. It doesn't have a profile of a traditional sports sedan (mystifying, as BMW has done sports sedan designs so well), nor is it a fastback.

In the end, the styling comes off very confusing. The front end is all snouty and gaping, while the rear almost looks like.... a G02 BMW X4, and not in a good way. You won't call it ugly, but you'd be hard-pressed to say it looks elegant.

Obviously, the pertinent question is this: Does the A-Class carry off the same luxury and ambience of its more established stablemates like the E-Class, or S-Class? Emphatically, the answer is yes.

Continuing the mini S-/E-Class theme, the A-Class sets a high level of design and build quality that is evident wherever you care to look. Material selection is top notch, be it at the dashboard, door cards, steering wheel, or the center console.

Basically, what Mercedes has done here is its taken interior design and material cues from its mainstream models, made a carbon copy, and dialled down the size factor to fit the A-Class' mold. And it's a brilliant recipe.

Therefore, the A-Class feels just as high quality a product as its larger, more expensive siblings, just in a smaller package. Yes, it is a little tight inside the A-Class, but let's face it, you don't buy one of these for spaciousness.

This is where the thought process of BMW differs from Mercedes. The execution doesn't come off as well as the A-Class. Not that it's awful, but the A-Class just thumps it for design and build quality. 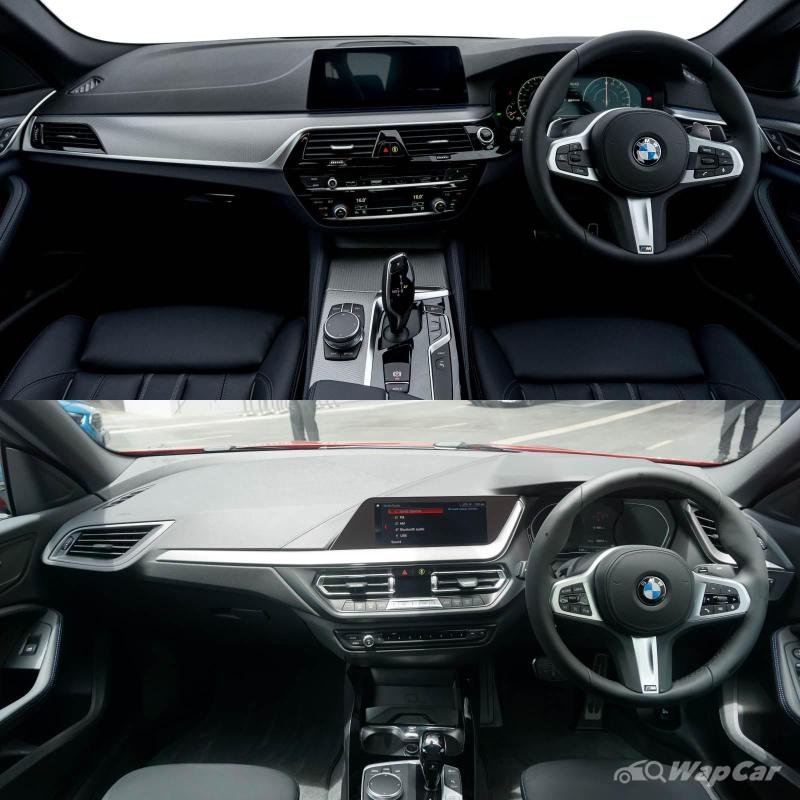 To put it in words, the 218i Gran Coupe feels like a cut-price BMW, instead of a scaled down 7 or 5 Series. You don't have to look very far, the center console is littered with plastic bits that look a little out of place in a car costing this much.

The overall ambience also lacks that wonderful exuberance that the A-Class' cabin has. Here, it's just dark, monotonous and a bit sombre. There's really not much to get you excited in here.

This however, is not a new phenomena with BMW. There were signs of this in the 3 Series too, when transitioning from the F30 to G20 generation. Whilst the cabin design was improved, the material selection was a bit less successful.

The main culprits are the silver trim piece dominating the center console, and the plastic trim (again) surrounding the iDrive controller. Perhaps the silver trim is meant to lift the 'sombre' mood, but this is a slight overcompensation. 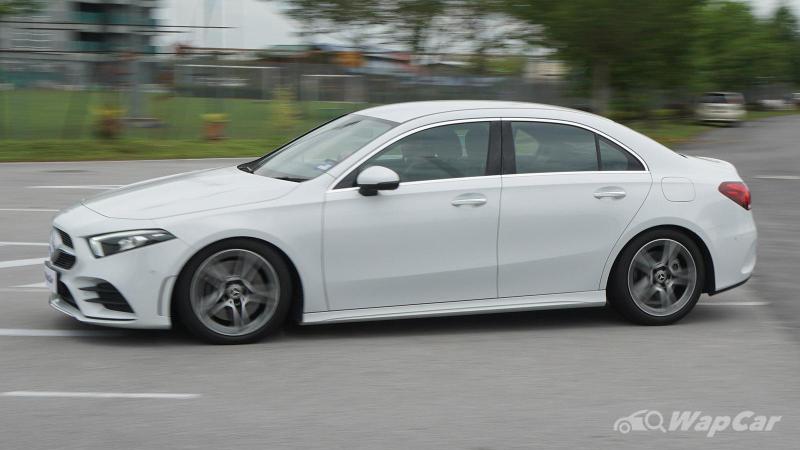 This is usually an area that BMW will show the Mercedes a clean pair of heels, traditionally. Trouble is, this F44-generation 2-er cannot boast of having rear-wheel drive as a USP, with it being a front-wheel drive now.

So far as driving dynamics is concerned, the BMW's trump card is all but wiped out. Yes, you won't call the A-Class a seriously engaging drive, but it isn't any worse off than the experience behind the 218i Gran Coupe. 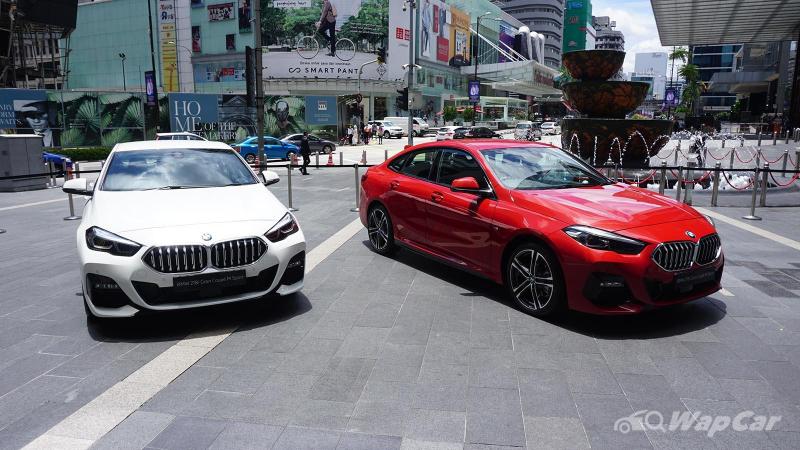 In this respect, both the A-Class and 2 Series Gran Coupe are both decent driving experiences in their own right. I've even remarked that the A250 AMG Line sedan I tested recently as 'playful'. Ultimately, both cars are safe, secure and pleasant.

To compound things for the 218i Gran Coupe, there is another car besides the A-Class that is a brilliant steer, looks achingly beautiful and has a premium interior as well. That car? The current-generation Mazda 3 (no, really). It's also a lot cheaper than both cars, by the way.

In my teenage years, if someone asked me what my dream car would be, I'd say without hesitation it would be the E46 BMW 3 Series. Inside out, the E46 exuded athleticism, sportiness and muscularity. 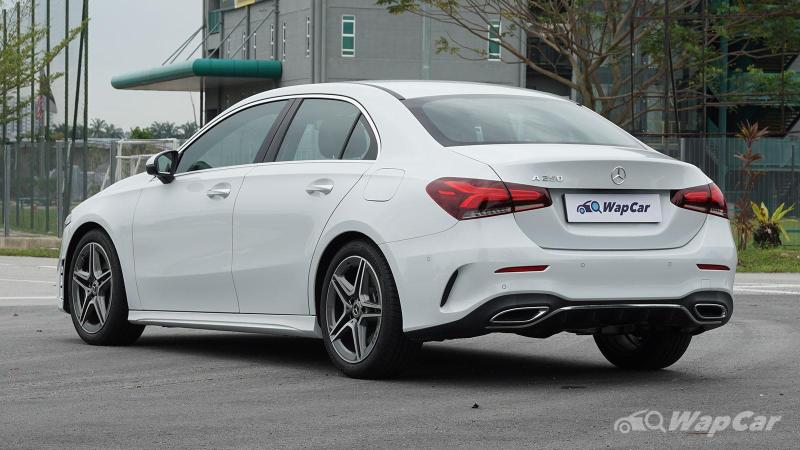 Today? I'd be happily jump into the V177 Mercedes A-Class Sedan. It blends everything a 'Baby Benz' should have: attractive exterior styling and a wonderfully classy cabin. Make no mistake, this A-Class is the best one yet, and a great tribute to its compact luxury predecessors.

A locally-assembled (CKD) A-Class Sedan is in the pipeline, but has since been delayed due to our country's Movement Control Order situation. 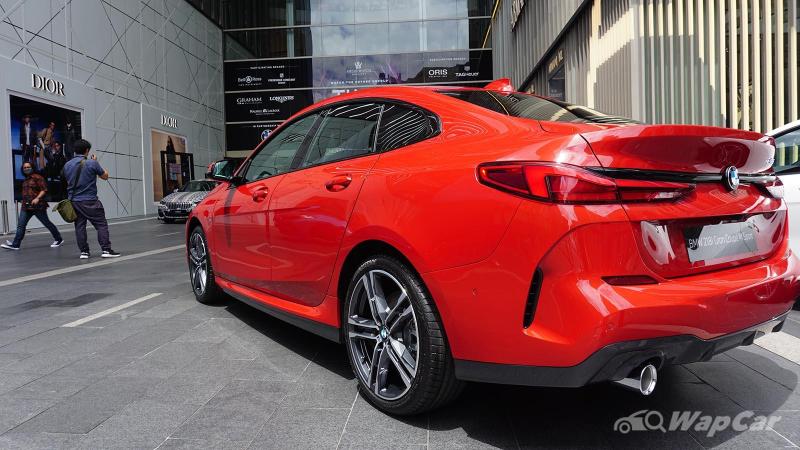 Perhaps BMW, with this F44 2 Series Gran Coupe, was trying to be too revolutionary in its approach to entry-level luxury. I do applaud the effort, but maybe it needs to go back to the drawing board, and try again. 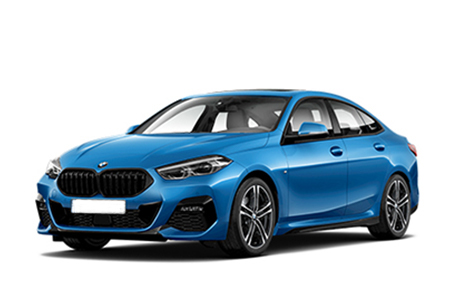