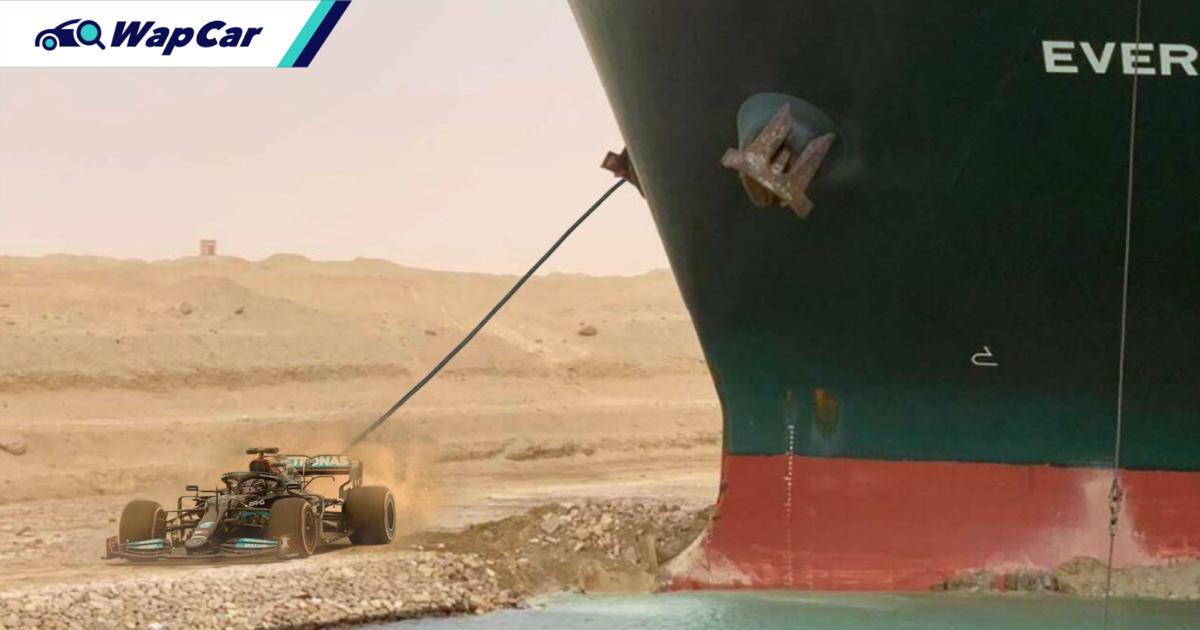 After the thrilling success of the 2021 Formula 1 season opener in Bahrain, the Mercedes-AMG Petronas F1 Team took time off to celebrate their win by making light of the Suez Canal blockage with a funny photo.

The photoshopped image depicts Valterri Bottas’ 77 car on the side of the canal hooked up to the stranded cargo ship that was blocking the Suez Canal in Egypt with the captions "Don't worry. We've got this". 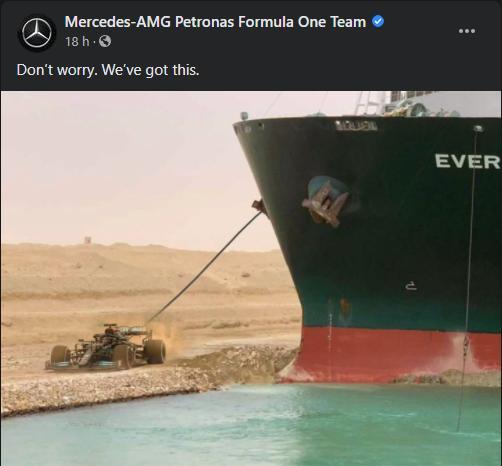 This sparked many jokes across the internet about exceeding track limits and how the team is defying the laws of physics.

In case you missed it, a skyscraper-size container ship, the Ever Given, wedged itself across the famous Suez Canal. The canal is one of the world’s busiest trade channels and the blockage has created a traffic jam of more than 360 ships as of Sunday and is costing billions in delayed shipments.

Thankfully, authorities have finally managed to dislodge the ship from the sand on Saturday and traffic is expected to resume soon.

Also read: From a rare LaFerrari to one-off Pagani Zonda, what other exotic cars do F1 drivers own?

Either way, the Mercedes team’s photo provided social media users with a good laugh as they kick off a new week. Did we mention how ruthless these guys are? 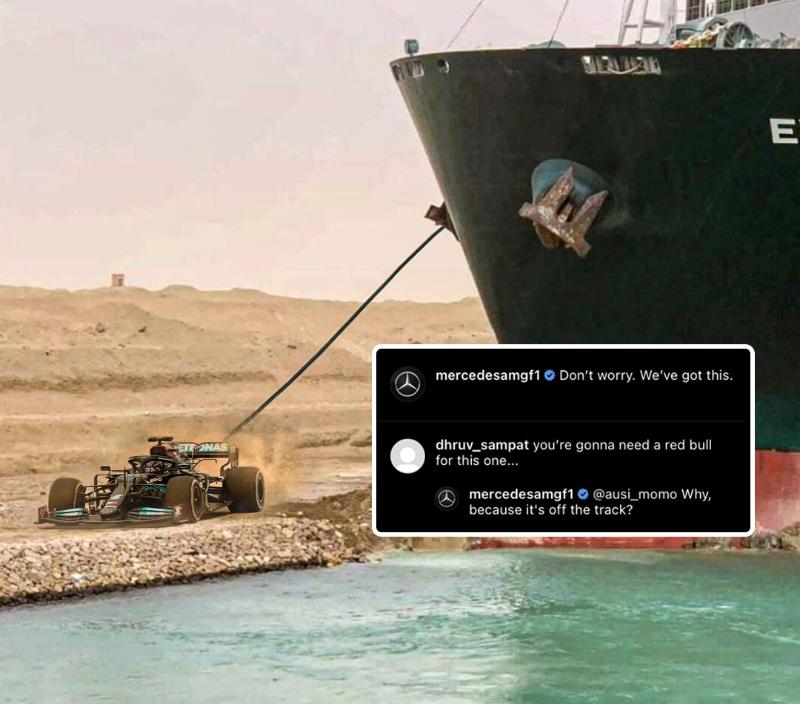