Home > News > Mercedes-Benz C-Class is Malaysia's best-seller, but not so in the rest of Asia, this is the reason

Mercedes-Benz C-Class is Malaysia's best-seller, but not so in the rest of Asia, this is the reason 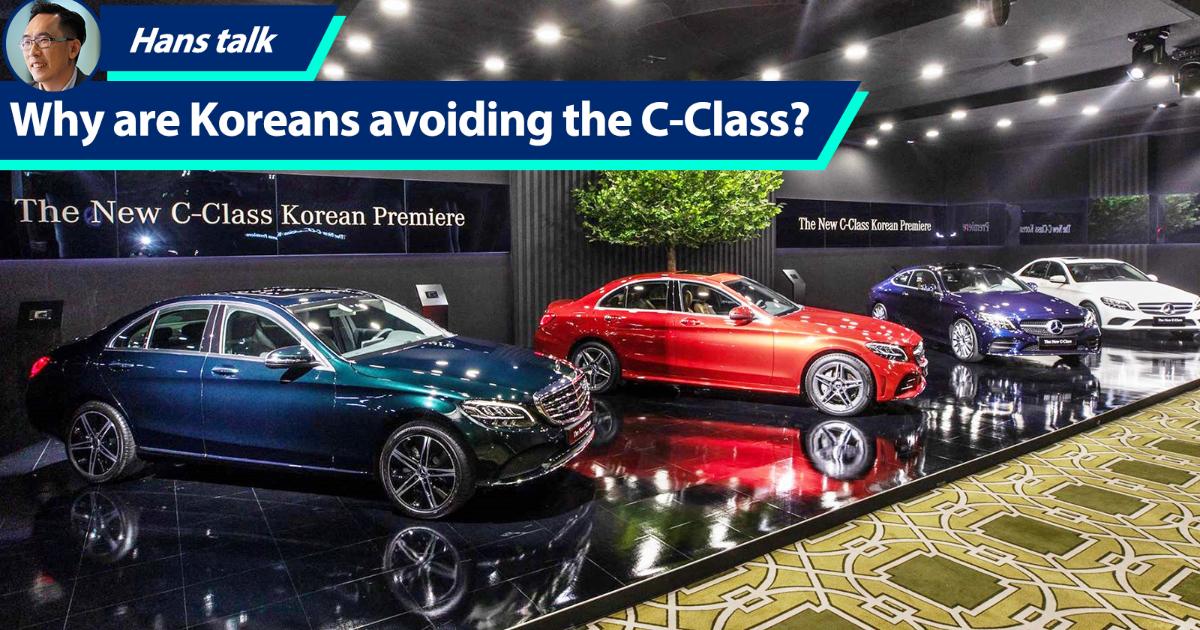 In our part of the world, the Mercedes-Benz C-Class is the most common entry point into the three-point star’s family. Yes there’s the cheaper A-Class but that’s not a major volume seller here.

The C-Class is Mercedes-Benz Malaysia’s best-seller, followed by the GLC-Class and the A-Class - most are cars below the RM 300,000 limit. The E-Class ranks quite far behind, due to its price (from RM 318,270). 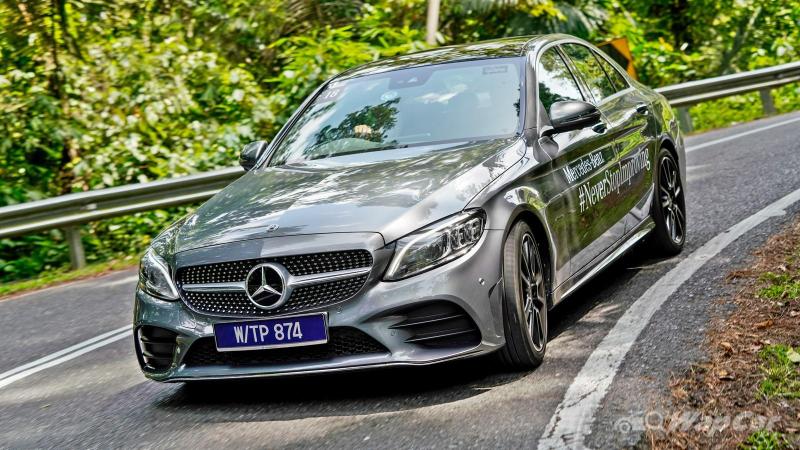 For many, owning a C-Class is a milestone, a step into a better life, and a mark of progress.

Just don’t tell any of that to your Korean friends / business associates, who will quietly snigger at such naivety.

You see, from the perspective of a Korean customer, owning a C-Class is a sign that you are not doing well in your business or career. It’s not something to brag about. Odd but true. 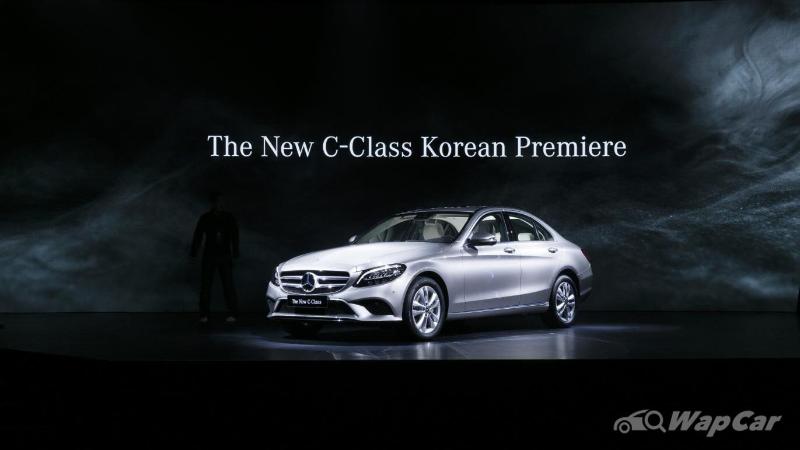 In Korea, the best-selling Mercedes-Benz model is not a C-Class, but an E-Class, which contributes nearly 50 percent of Mercedes-Benz Korea’s sales.

As of April, Mercedes-Benz Korea sold 11,165 units of the E-Class in 2021, putting it firmly ahead as the No.1 selling imported car in Korea, a title that the E-Class has held since it was launched in 2016. 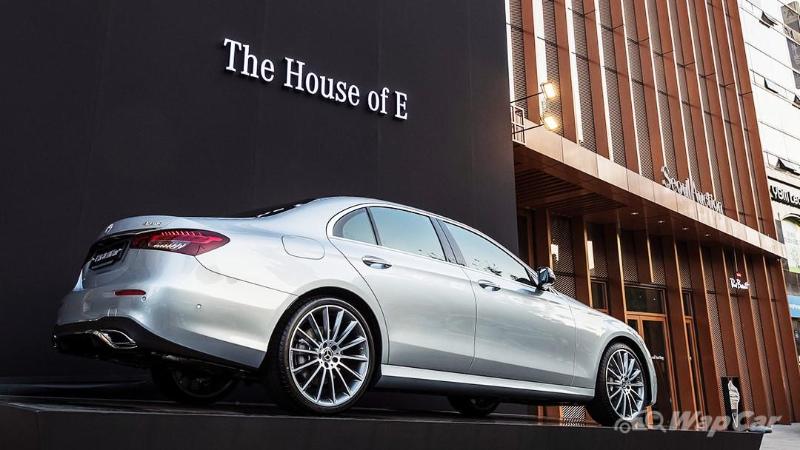 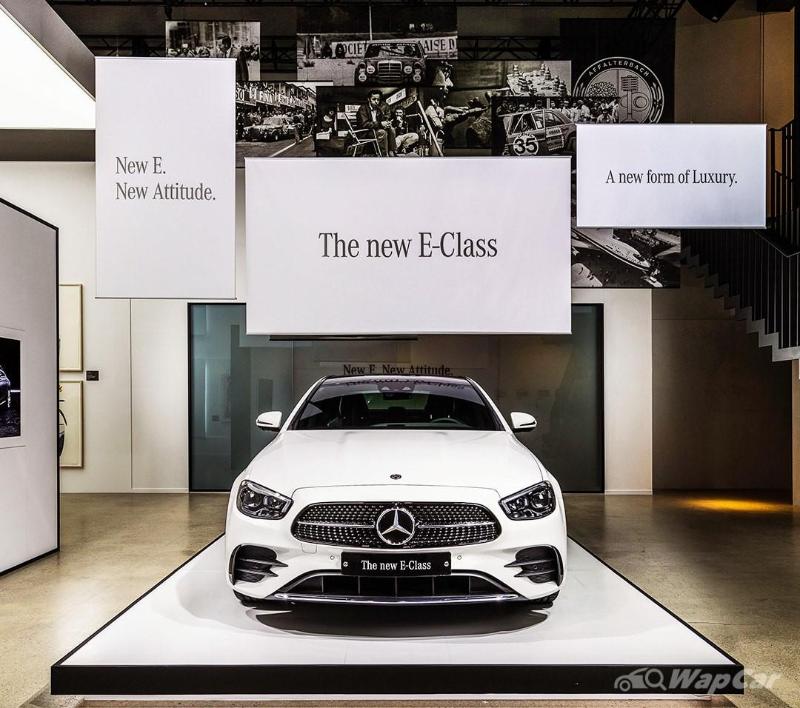 Yes, more Koreans buy a CLS or an AMG GT than a C-Class. The fact that the C-Class is reaching the end of its lifecycle so short supply is another factor but even in 2020, before the all-new W206 generation model made its global debut, the C-Class still ranked well behind the S-Class. 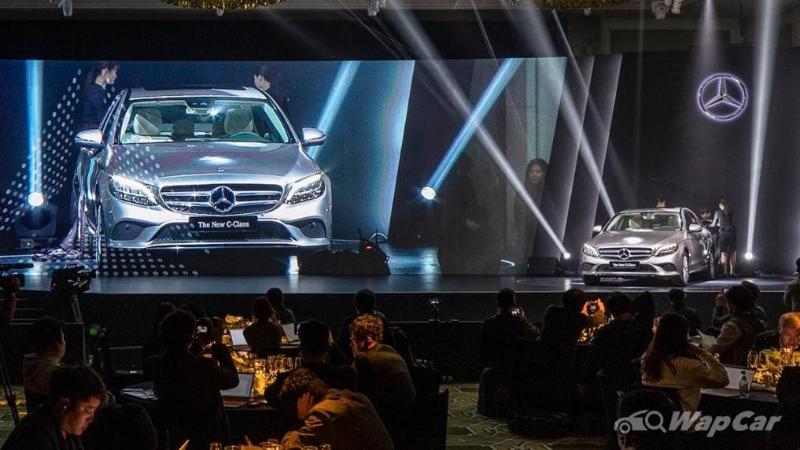 Curious, I asked a friend familiar with the Korean car market to explain to me why Koreans don’t like the C-Class. He told to me that the reason is simply because the Koreans have a very different, somewhat supercharged measure of attachment towards luxury goods.

The Koreans are very progressive, hardworking individuals, and they like to reward themselves accordingly. They strive very hard for recognition and status symbols and for them, a C-Class (or even a 3 Series) just doesn’t cut it. 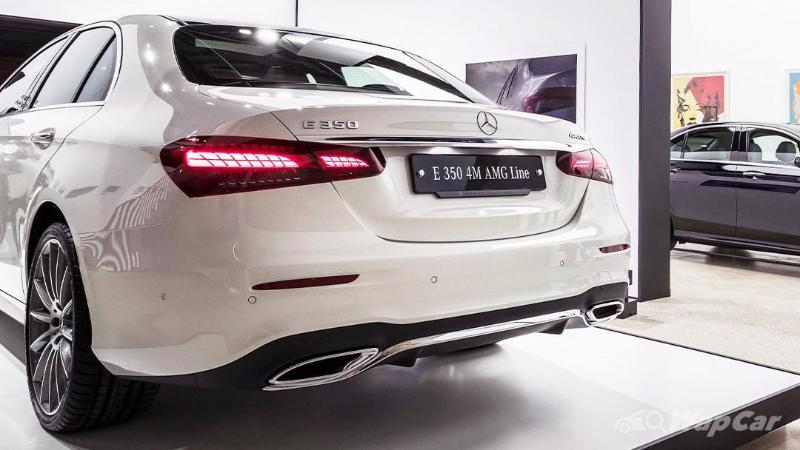 To which I said, “But isn’t this common across Asia, especially China?” My friend explained further, “No, the dynamics work quite differently here, even when judged by Asia's very high standards of luxury goods consumption. It’s because of the sheer dominance of Hyundai and Kia, which controls nearly 80 percent of the local car market.”

For context, the best-selling car in Korea is not a Hyundai Sonata or a Kia K5, but a higher-end Toyota Crown-class Hyundai Grandeur. 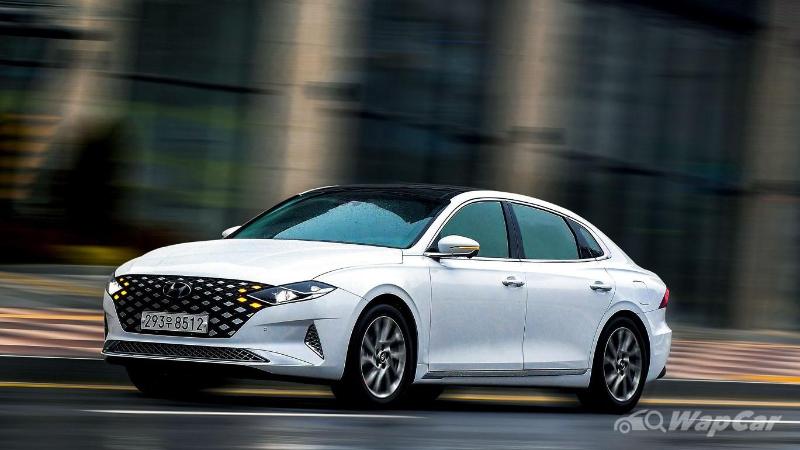 The E-segment Hyundai Grandeur is to the Koreans, analogous to our Perodua Myvi - it’s the most common Korean car and with that as a starting point, you will understand why a C-Class just won’t make it as a luxury car.

A Korean who decides to buy an imported car is looking for something better than a Hyundai Grandeur and as such, the E-Class is seen as a more acceptable entry point into the Mercedes-Benz family. 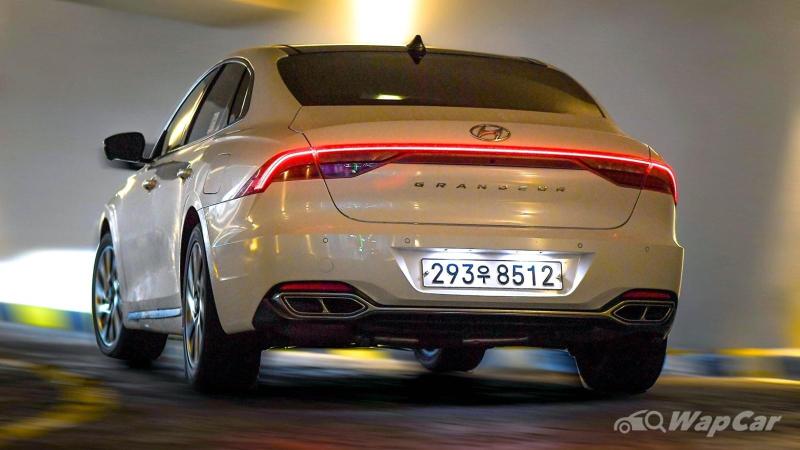 And no, unlike Malaysia, Korea doesn’t impose high taxes on imported cars. Today, Korea is technically an open market, keyword technically, because in practice, there are still many non-tax-related loopholes with exhaust emission standards and vehicle type approval procedures that favour Korean-made cars.

But to many foreign brands, the loopholes are within acceptable limits and are no different to how the USA's FMVSS, CAFE and EPA standards for safety and fuel economy are rigged to give an unfair advantage to American trucks.

At a very surface level assumption, someone who buys a C-Class in Malaysia, can afford an E-Class in Korea but keep in mind that Korean banks don't do stupidly long 9-year car loans. The norm for a car loan tenure there is only 3 years, and only 50 percent of new car sales are done with financing. Also, fuel, parking, insurance, toll charges, maintenance costs are a lot higher there.

The sales charts is dominated by Mercedes-Benz - it is Korea's No.1 imported car brand. Like any Confucian-based Asian culture, the three-pointed star is the most sought after badge. 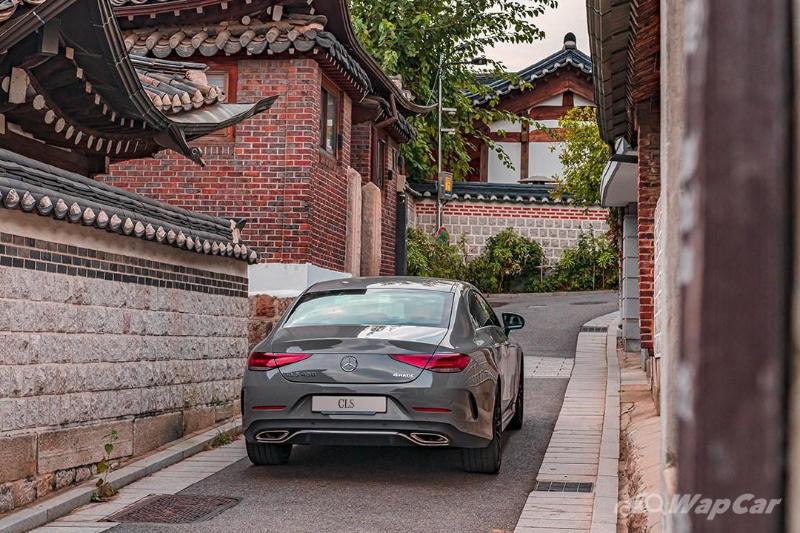 Curiously, the BMW 3 Series is faring very well. It’s the fourth most popular import car in Korea, with 3,013 cars sold between January until April 2021.

The fact that the G20 3 Series is an all-new model versus the ageing W205 C-Class is also a factor. The image conscious Koreans place great emphasis on having the best and the newest model, so it's yet another reason to skip the C-Class.

However, the narrative remains – more Koreans buy a 5 Series than a 3 Series. 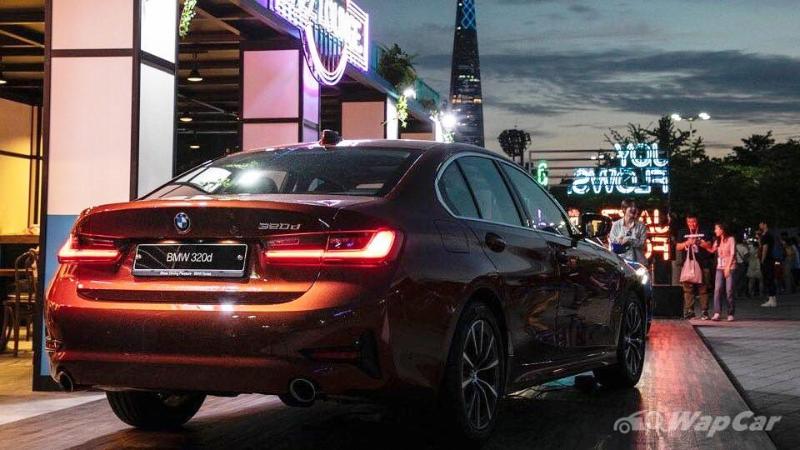 Mercedes-Benz Korea is in the midst of phasing out the W205 C-Class to welcome the new W206 generation model. However even in 2020, before the all-new W206 model made its global debut, only 5,362 units of the C-Class were sold, still behind the S-Class (6,223 units).

Also read: One step closer to Malaysia, 2021 Mercedes-Benz C-Class (W206) is now on sale in Europe

Also, did you know that Korea is Mercedes-Benz’s fifth biggest market in the world after China, USA, Germany and the UK? 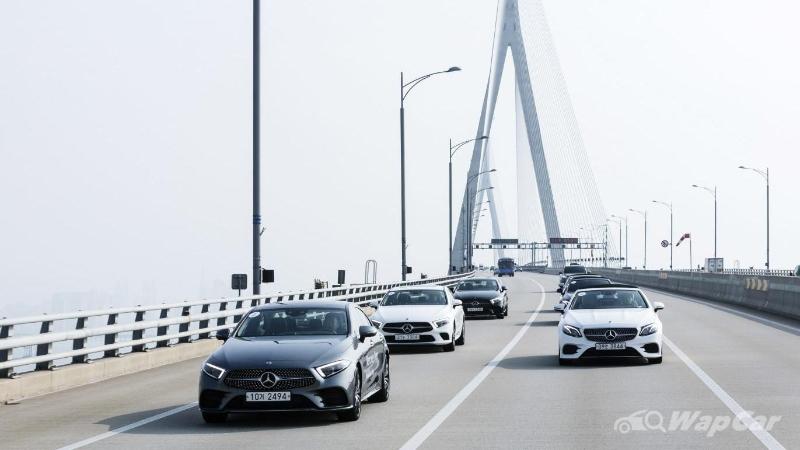 So there you have it, think Korea is a great place to live and work? You need to work very hard to keep up with the image conscious crowd. Or you can just be brave enough to ignore what others say you should like. If you relate more to the latter, then the next topic below may interest you. 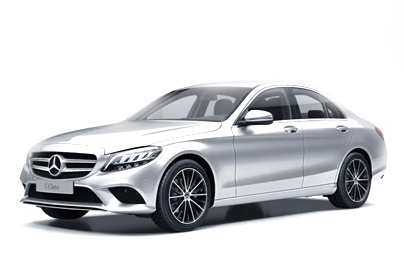