HomeNewsMillennials say car culture is for old people, who is to be blamed?

Millennials say car culture is for old people, who is to be blamed? 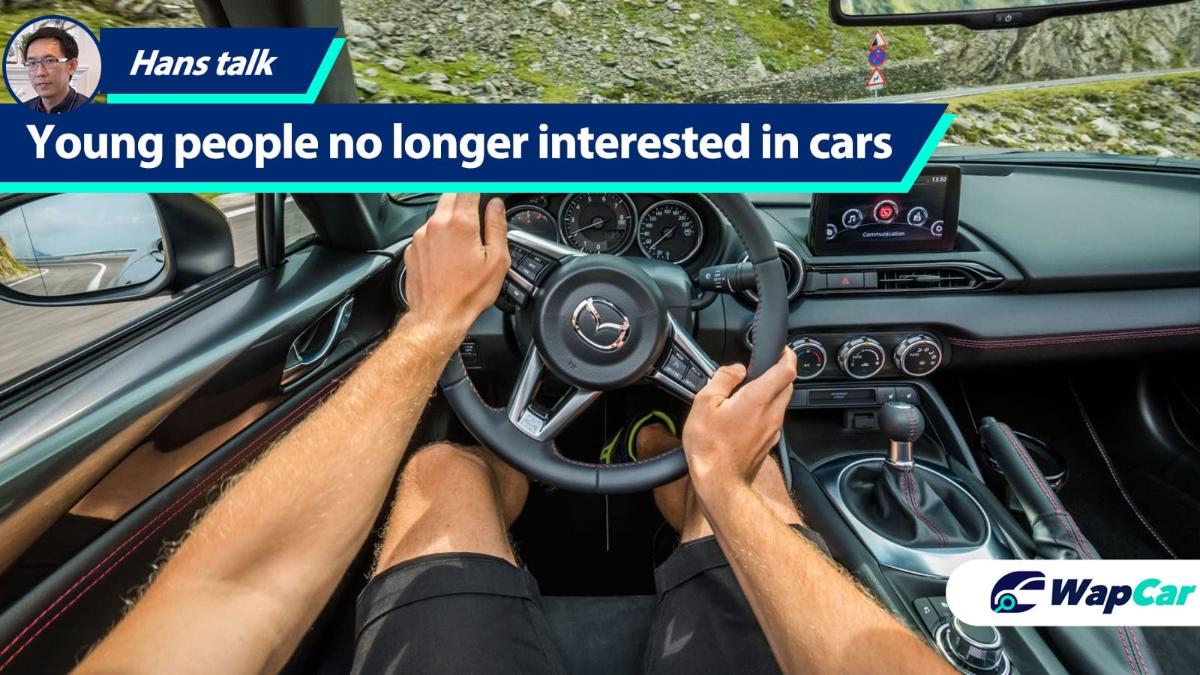 If you are reading this, it is safe to assume that you have some level of interest in cars. What about cars that made you interested in them? When and how did you started liking cars?

For me, it was when a silver E24 BMW M635CSi pulled up next to my dad’s Proton Saga. I was 5 years old but I still vividly remembered everything. 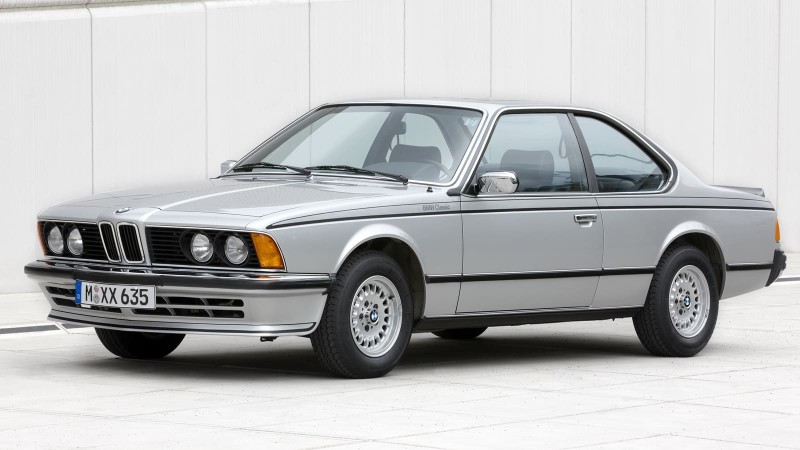 The second time was when my dad was driving on the then new North South Highway. I was sleeping when my dad yelled at me to wake up, telling me to look at the Porsche coming from behind.

Before I could ask what a Porsche was, a white Porsche 911 passed us and disappeared into the horizon. It was my first encounter with Stuttgart’s finest. Later, I had a white 911 die-cast model by my bed. 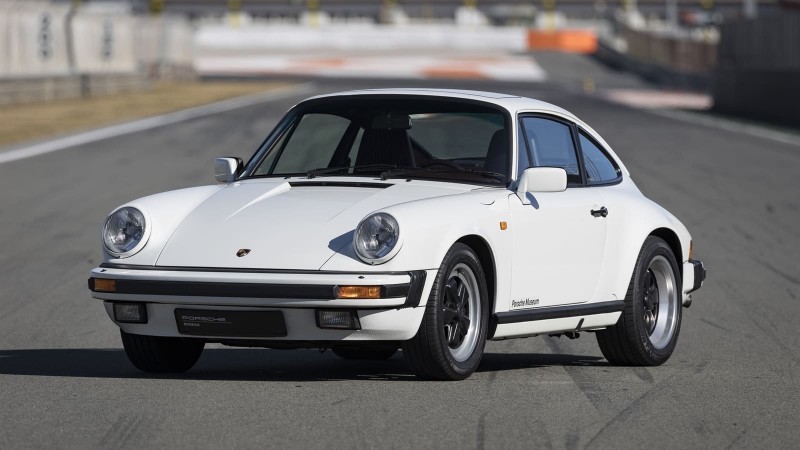 I bet your story is more or less the same – the combination of cars that left a deep impression on you as a kid, the drivers/owners who inspired you, and the people who encouraged you to pursue that interest.

However, such experiences don’t resonate among millennials. Step out of your own social media circle’s echo chamber for a moment, and realize that car culture is now at its weakest. 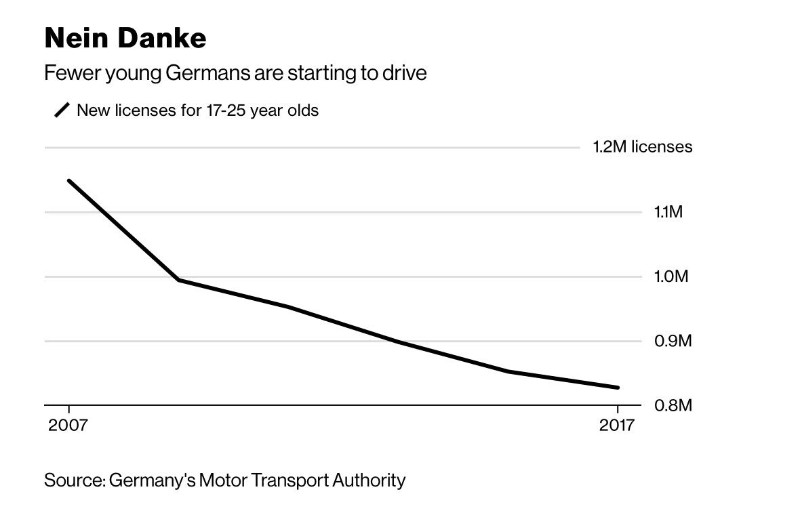 Consider the stats. Applications for driving licenses – once considered a rite of passage into adulthood – is now at its lowest point since World War 2; across all major car producing nations – USA, Germany, Japan.

You might think of Germany as a bastion of car culture, with its speed limit free autobahns and motor cities of Munich, Stuttgart, Ingolstadt, Wolfsburg and Weissach. In truth, young Germans have little interest in cars, much less aspire to own a BMW. 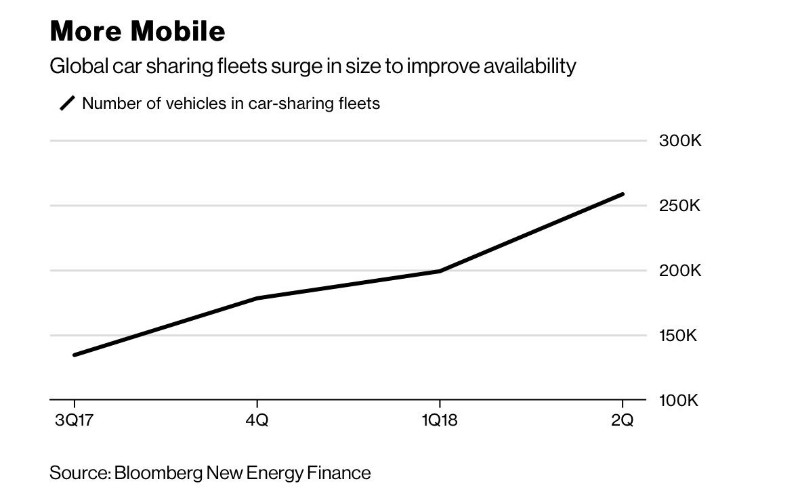 To them, getting a driver’s license is an unnecessary hassle and maintaining a car is a financial drain that they can happily do without. Public transport and car sharing programmes work just fine.

It’s the same story across Japan and USA. 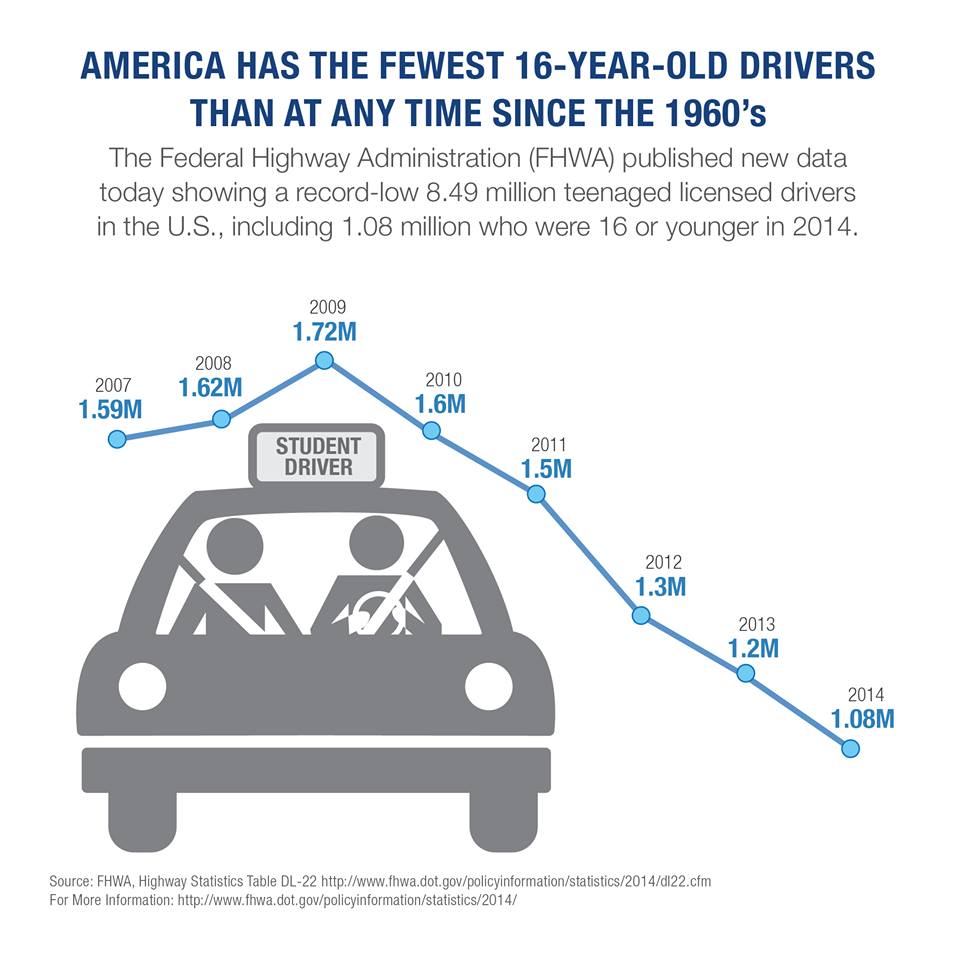 Some say among the reasons for young people’s lack of interest in cars is due to their poorer upward financial mobility versus Gen-Xers. Others say it is due to the lack of affordably priced sports cars. Another theory is that these digital natives are contented to connect with others on their smartphones and as a result, see less need to drive.

All of those could be contributing factors but I am not very convinced. For generations, cars have a mythical appeal to them and it didn’t take much to draw young boys’(and some girls) attention towards cars.

If you are genuinely interested in cars, surely you can at least afford to race them on Gran Turismo right?

What’s the average age of a Gran Turismo player? 35 years old. And you thought video games are played by teenagers? Better change that impression before kids OK Boomer you. 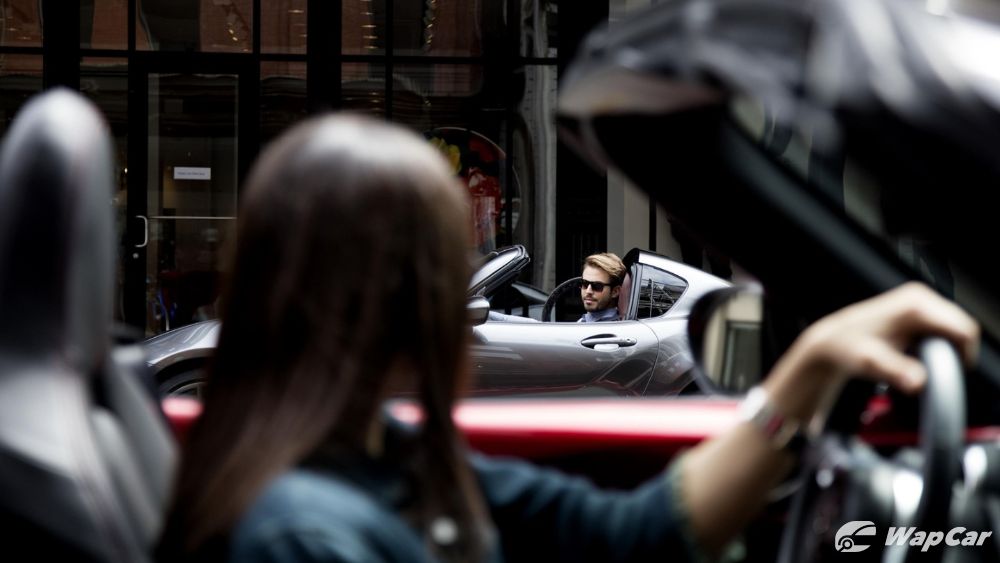 The average age of users consuming automotive media content hovers between early-30s to late-40s, depending on channel. Where are the kids? I used to spend all my school allowance money on Performance Car (predecessor of Evo), AutoCar, and Road & Track magazines.

So what went wrong?

My theory, and this has yet to be proven, is that somewhere along the line, car guys have become too much of an asshole in society (car girls are less annoying), and Facebook has made the car lovers community to become either too fragmented, too elitist, a cesspool of toxic comments, and the next generation saw little appeal in car culture. 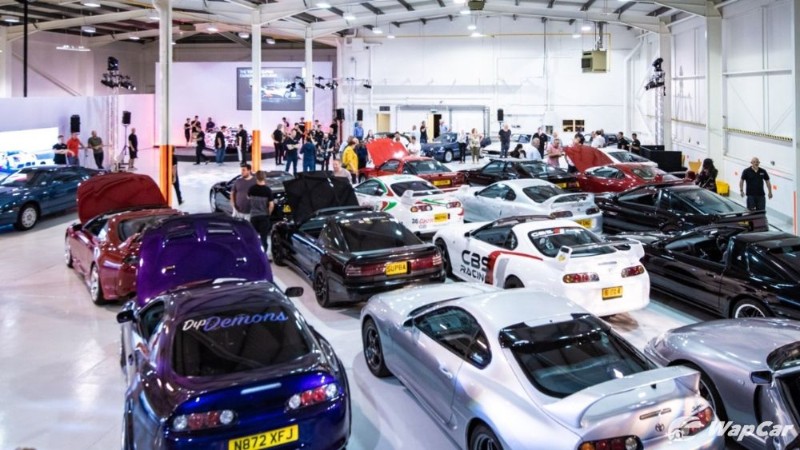 Try to recall what was your impression of car culture? Mine was defined by cool adults with nice cars, events that celebrated the smell and sound of combustion engines, bigger than life personalities – Ayrton Senna, Carlos Sainz, Tommi Makkinen, and Rothman rallies coming to town.

Sports cars weren’t any more accessible back in the ‘80s than it is today, especially in Malaysia, so I am not very convinced of the lack of affordable sports cars theory. Recall that it didn’t matter what regular car your dad drove, because you wanted to get behind the wheel as soon as you can anyway. 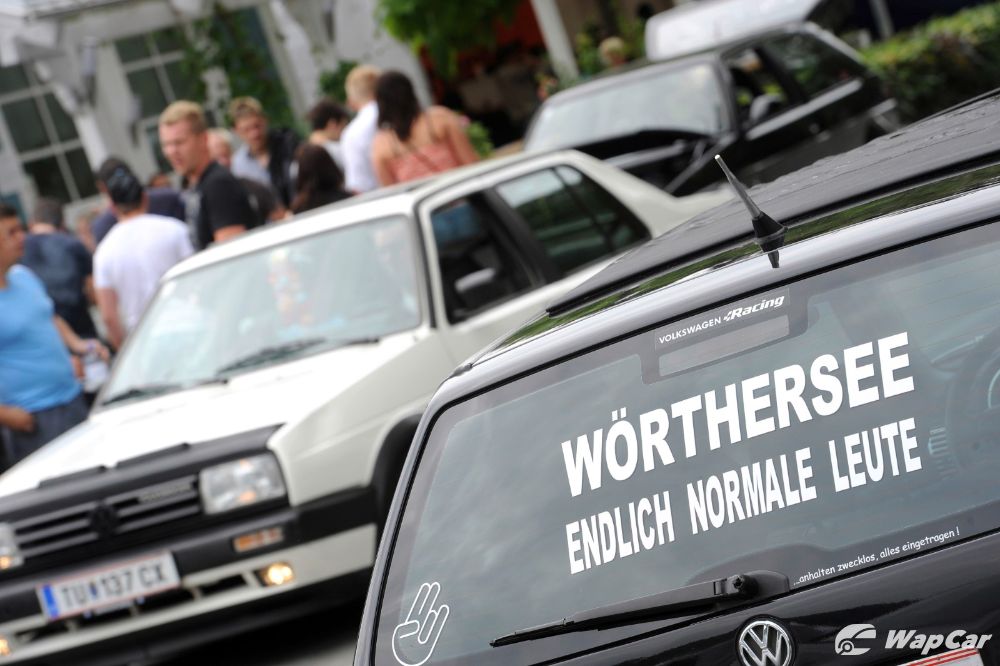 How do you think today’s kids form their impressions on car culture?

It will most likely be social media, Youtube videos of anti-social burnouts at cars and coffees type of meets, Mustangs running over pedestrians jokes, and so-called ‘car guys’ who spend more time on Facebook than driving/getting their hands dirty with grease shitting on each other online.

To a teenager born in the 2000s era, car culture is a bunch of old men arguing on Facebook - the platform that their dads post embarrassing comments on, and loud Akrapovic exhausts interrupting their TikTok recordings and SnapChat moments. Remember that to a 15-year old, anyone above 30 is old. 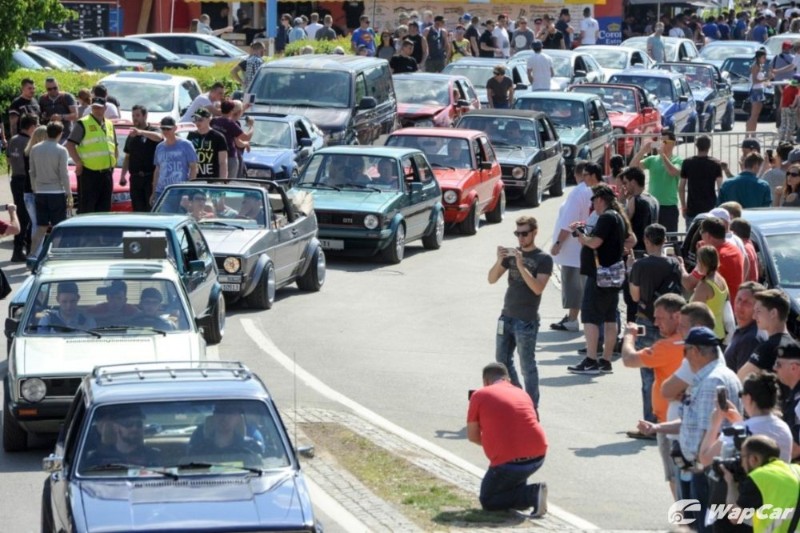 Children imitate adults. They are glued to smartphones because adults in their house spend more time indoors on their phones instead of being outdoors, doing things that real car guys do. As a kid, my dad used to hang out at the neighbourhood’s workshop and I would tag along. That's how I learned about mechanics. I remembered the first time I saw a valve cover removed and went, "Oh so that's how a 12-valve setup looks like."

Kids these days see a very different car culture. They don’t see the camaraderie. Car guys are not people whom they want to grow up to be. They don’t think cars are cool at all. Instead, they look up to professional e-sport players, personalities whom they can relate to. 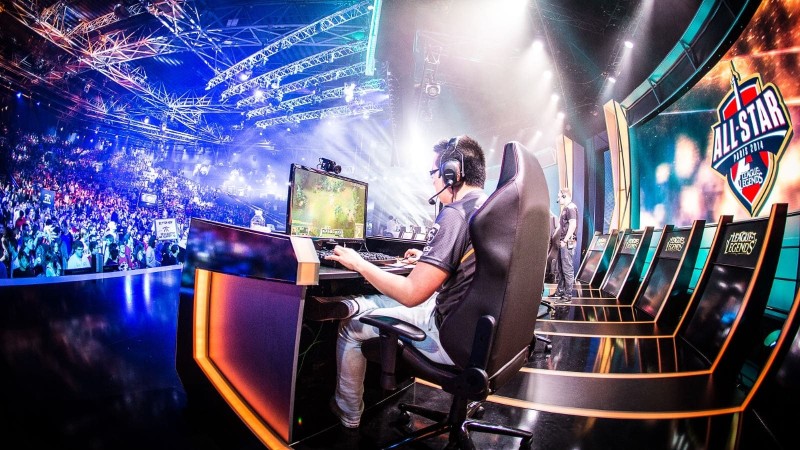 There's an alternative lifestyle sub-culture that's gaining traction among the young - one that says you shouldn't be be slaves to material possessions, but you should seek to accumulate experiences - travel more, own less things. This won't bode well for car culture.

They are saving money so they can quit their job for a year to go travelling, not to buy a Toyota 86. They want to be Master Chefs, not Master Drivers.

Today’s car culture has also been reduced to a horsepower game. Somewhere along the line, car culture became too elitist, defined by 300 PS machines, limited to a right way/wrong way of doing things.

If some kid turns up to a car meet in a stanced Perodua Myvi, others (and the Internet) will start shitting on him. A kid who likes cars but drives a Proton Saga is made to feel small about himself.

You have to drive a loud, showy car to qualify as a car enthusiast. That’s absolute rubbish.

I came from a time when a P license driver would jump at the chance of driving a C22 Nissan Vannette pasar malam van. We drove anything on wheels. Fast or slow, it didn’t matter. What mattered was we had fun driving it. We would've driven a JCB tractor if given the chance! 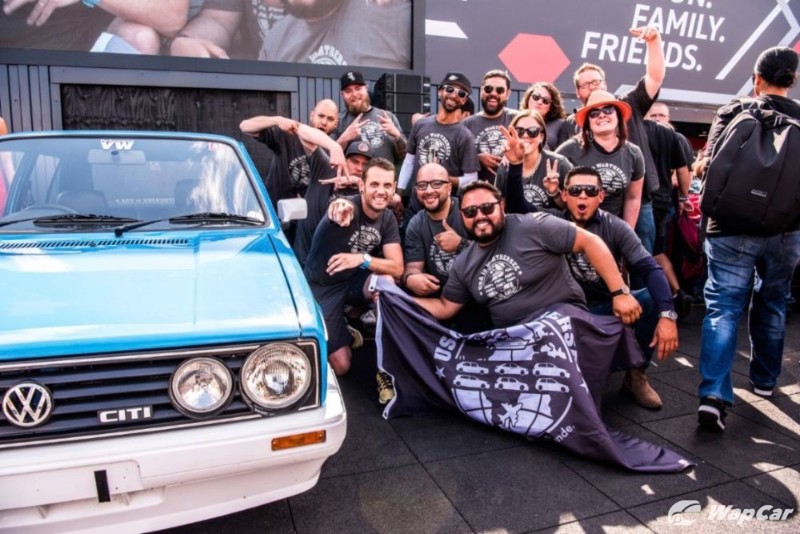 Banged up L040 Mitsubishi Pajeros whose 0-100 km/h are measured in minutes rather than seconds? Where are the keys? A 4-speed Peugeot 304 that often had to be pushed to start? Cool!

Anything that’s different from a driving school’s Perodua Kancil is to be experienced. Every car has a different character. The more you experience, the more you learn.

Neither did we try to role play 'car reviewer' by picking faults, because we were just happy to be given the chance to drive. Instead of complaining, we drove our way around the problem, found that certain cars suit certain driving styles better.

I didn't had the privilege of attending advance driver training courses until much later, but I trained my bum to be sensitive to vehicle dynamics by driving anything I could get my hands on. 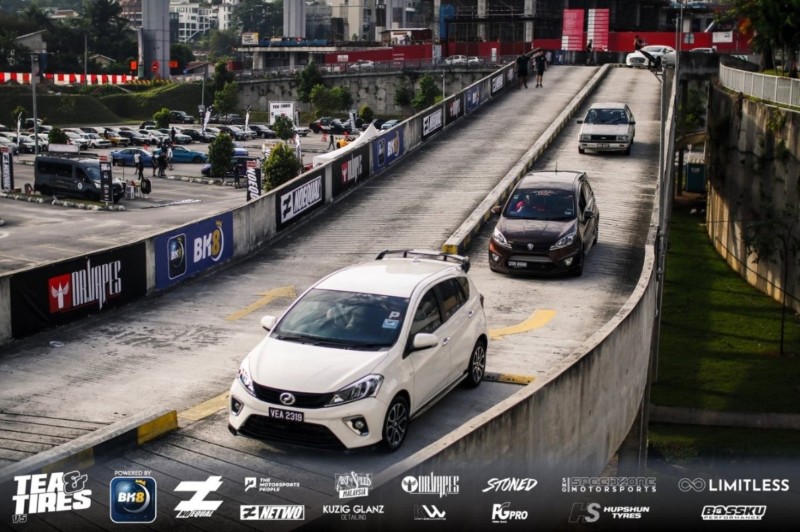 We need to bring that positive vibe back. Celebrate all forms of car culture, celebrate all cars.

Be kind, be respectful to others. Set a good example. Drive your cool car in a socially welcoming manner, be nice to other road users, inspire the next generation, just like how the nice drivers of the E24 and 911 that I came across more 30 years ago unknowingly inspired me to love cars.

More importantly, don’t judge other’s choice and taste in cars. All cars serve a specific purpose, and different people have different forms of expressing their love for cars.

Video above is from the '90s, before #MeToo and political correctness took over.

If someone wants to put an Honda F20C VTEC or a Nissan SR20 block into a BMW, it’s not sacrilegious, it’s pretty awesome (if it works), and I sit on the purist camp. There’s not a single modification on my E30 apart from the after-market BBS wheels but even I have come to learn to appreciate different forms of car culture.

If someone wants to drive a stanced car, try to understand what about stance culture that makes them willing to put up with the nonsense.

The way you mod your car might not be to my taste but I won’t belittle you. However, if you behave like a cock, I will judge you as one, no matter what you drive. 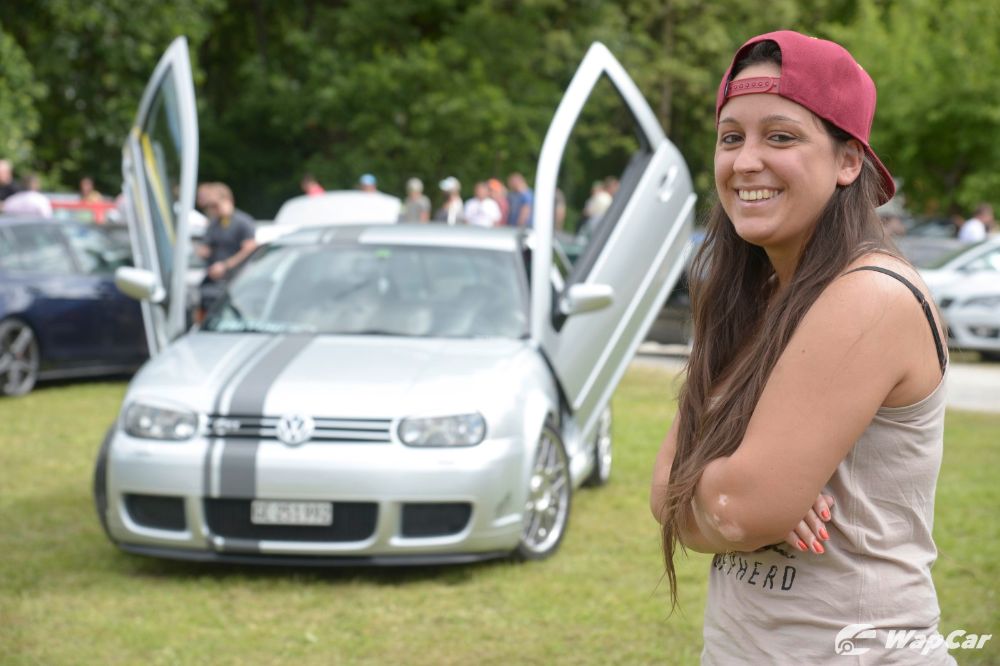 Maybe then, non-car loving people will stop seeing car guys as white collared mat rempits. When your loud AMG A45’s exhaust farts wake up the neighborhood in the same way as a rempit's Yamaha ‘Ysuku,’ do you think kids will look out their window and say "Wow cars are cool?"

I don’t really care how many people read this piece, but I hope it reaches that one kid I saw at Mid Valley’s car park some years back. That kid who paused his steps and dropped his jaws as I slowly drove past him in my E30. 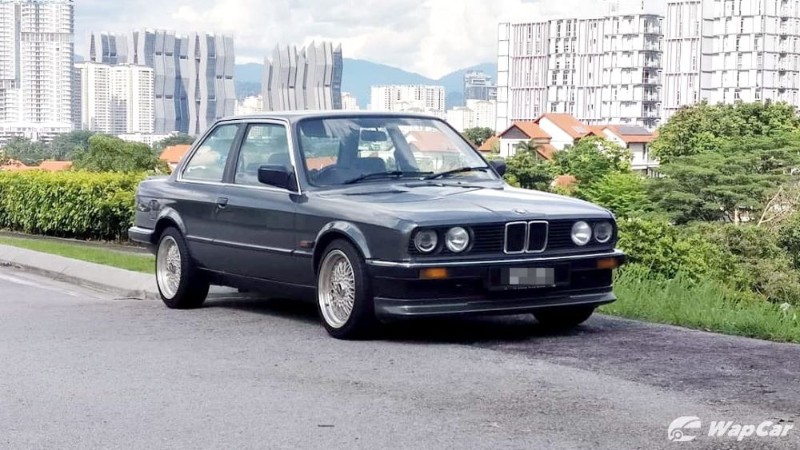 Our eyes met, I nodded and smiled, his mum tugged him to move along with his family. I hope he nurtures that passion for cars. Only when there is enough of them in the future can we resist being run over by bland, characterless, electric self-driving cars.

Kids like him won’t grow to like cars if car culture is defined by people with poor behaviour, people who make him feel bad about his hobby, himself, or his non-enthusiast worthy car. It doesn't matter what you drive, so long as you try to learn everything you can about your car, and practice with whatever car you currently have.