HomeNewsMitsubishi teases some faux motorsports bits for its best-selling Xpander

Mitsubishi teases some faux motorsports bits for its best-selling Xpander 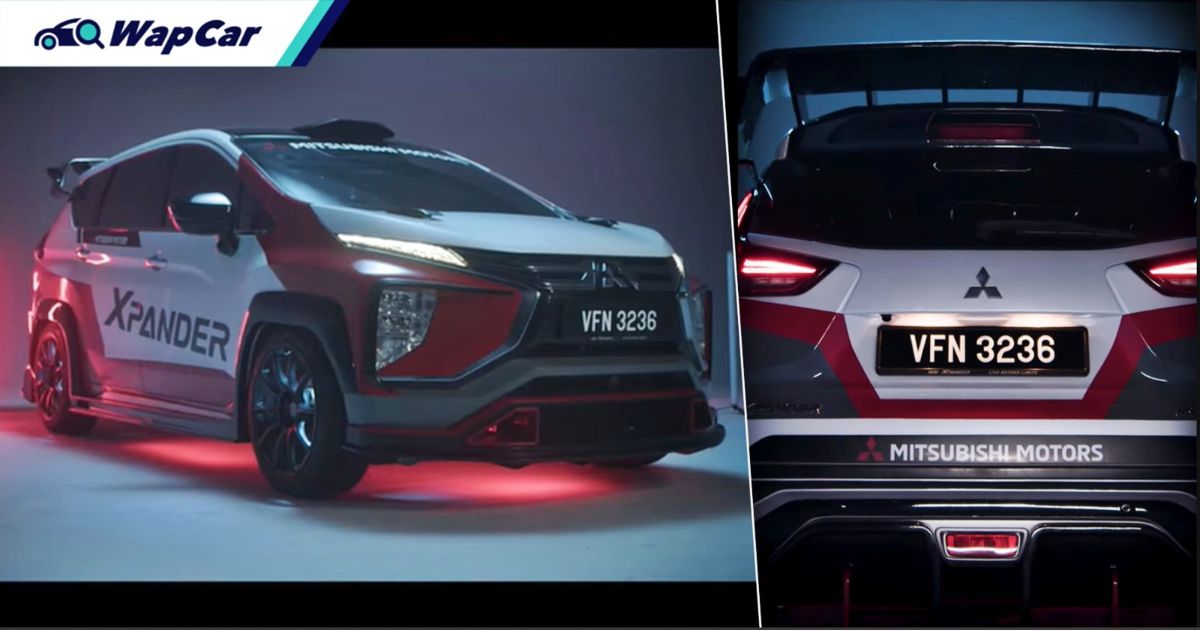 The Mitsubishi Xpander is doing pretty well for the carmaker here, being their best-seller in Malaysia. It’s also definitely among the better looking in said segment, or at least as handsome as an entry-level 7-seater MPV can get. They’re looking to change that though with a cosmetic hint of motorsports in the form of a body kit and some sporty new wheels.

Several teaser videos have given us a pretty clear look at the modified Xpander Motorsports Malaysia Concept, to call it by its official name. According to Mitsubishi Motors Malaysia (MMM), they’ve collaborated with rally racer Kenneth Koh, who is also the owner of Speedline Industries, to produce the Mitsubishi Xpander with a strong visual representation of what a motorsports version of it might look like.

The collaboration between Speedline Industries and MMM isn’t a new one. Prior to this, the duo have worked together and prepared 2 Xpanders to project the MPV’s appearance if given a motorsports rally makeover. One of the final products from their first collab is pictured below.

Also Read: Pros and Cons: 2020 Mitsubishi Xpander is the value for money B-segment SUV you should get

It’s not all smoke and mirrors though. The Xpander is actually Mitsubishi's best model in the Asia Pacific Rally Championship (APRC). Mitsubishi RalliArt’s New Zealand developed the actual Xpander AP4 that’s built to meet the requirements of the AP4 (Asia Pacific 4WD) class; the highest class in the APRC.

To emphasis the motorsports connection, the Mitsubishi Xpander Motorsport Concept body kit seen in the video here shares plenty of design elements with the Xpander AP4 RalliArt. You’ll easily pick up on cues such as the rear spoiler, likely faux roof scoop and colour scheme.

Also Read: This is how a 340 PS, 4WD Mitsubishi Xpander AP4 is built

In another video, Mitsubishi also showed off a very interesting multi-spoke sport rim design by local rim company Raxer. It appears to be their RP10X that boasts a lightweight design and was designed together with local motorsports legend Tengku Djan Ley.