Mitsuoka – The bonkers Japanese car maker with a heart 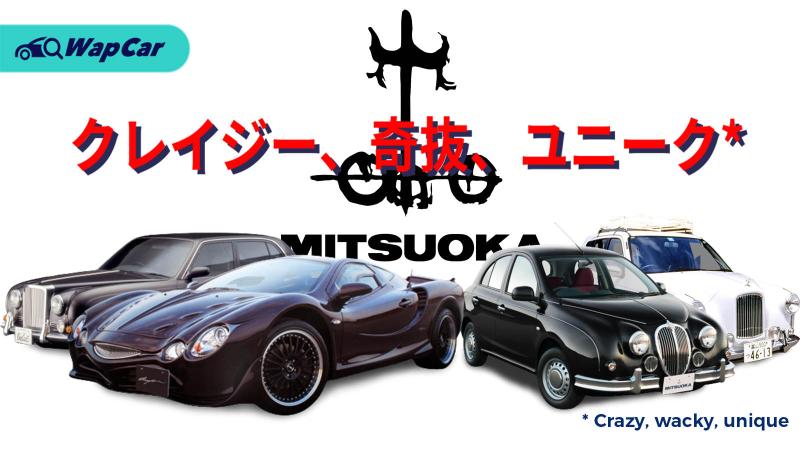 Take one look at the range of cars in the cover photo and what is the first thing that comes to your mind? Is it disgust, intrigue, madness, or a mix of all of them?

Whatever sort of feeling you’re getting, it fits with Mitsuoka’s brand and intent, they’re trying to be very much different and unique – something lost in many car brands and very much a wholesome characteristic to a brand many enthusiasts mock.

A few Mitsuokas can be spotted on the road and that’s because at one point Mitsuokas were sold officially in Malaysia by a company called Able Automobiles. Their showroom was located on Jalan Universiti but right now, the place has been cleared out, not even reconditioned cars filled the place.

We’ll probably get back to Mitsuoka’s Malaysian chapter some other time, but first, who exactly are the brains behind the 10th Japanese car manufacturer, and just why? 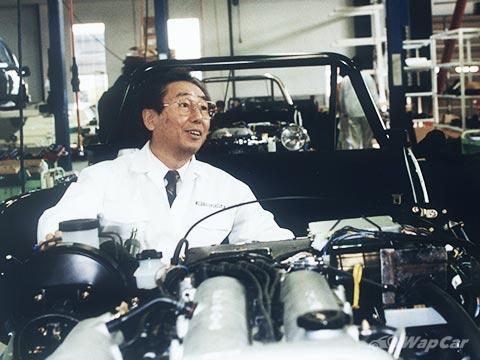 Mitsuoka was founded by Susumu Mitsuoka in 1968 in Toyama, located 300 km from Tokyo. The Toyama Prefecture is famous for its glaciers and has cheap electricity thanks to its abundant hydroelectric dams, not exactly the place where eccentric cars are made. 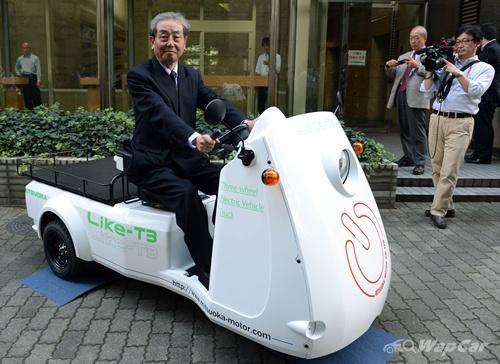 If there is someone to compare Susumu-san with, it would probably be Ferrucio Lamborghini. Not that he built tractors at first but rather he wanted something interesting and different compared to what’s on sale in Japan at the time. 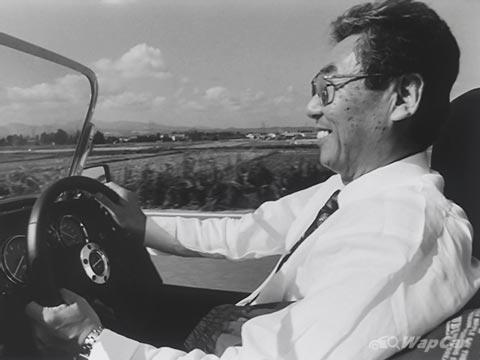 Susumu-san was a fan of cars, especially classic cars. His company specialised in repairing classic cars. One day, a customer brought over an Italian microcar to be fixed. However, it turned out that finding parts for the unnamed Italian microcar was both difficult and expensive, so Susumu-san being the eccentric car fan, decided to enter the world of automotive manufacturers. 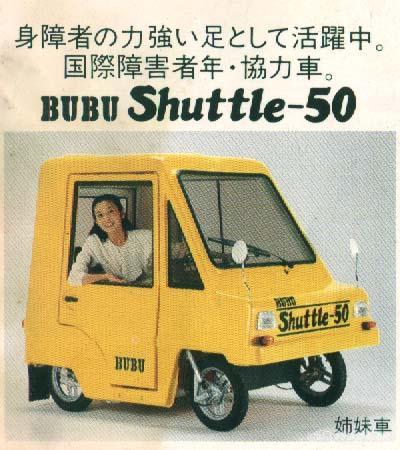 In the early 1980s, Mitsuoka introduced a series of microcars called the BUBU Series and the first original car ever made by the company was the BUBU Shuttle-50. It was a boxy three-wheeled microcar that was powered by a 50cc engine with a top speed of 65 km/h.

Later on, Mitsuoka produced the BUBU 50 Series which began (anti-clockwise in the above picture from bottom right) with the triangular-shaped 501, the very boxy 502, and the trapezoidal 503. All three were also powered by a 50cc engine. Being an underpowered microcar meant that despite their quirky style, it can be driven by anyone without a driver’s license. Just a scooter license will do.

At least until 1985 when the license law changed which saw Mitsuoka BUBU sales hitting a big boo-boo. Overnight, the microcars were no longer a viable sales option but this gave the plucky Japanese upstart an idea – and a chance encounter for Susumu-san.

Replicating is the way to go 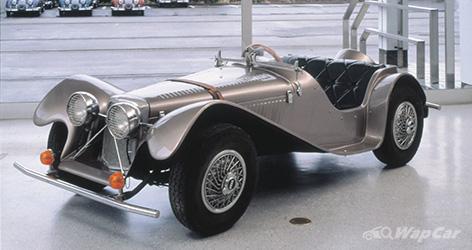 During a trip to Los Angeles, Susumu-san was enamoured with replicas, cars that look like historical models but underpinned by a modern chassis. With that knowledge, he saw a new vision for Mitsuoka, one better suited with his love for European and American classics. 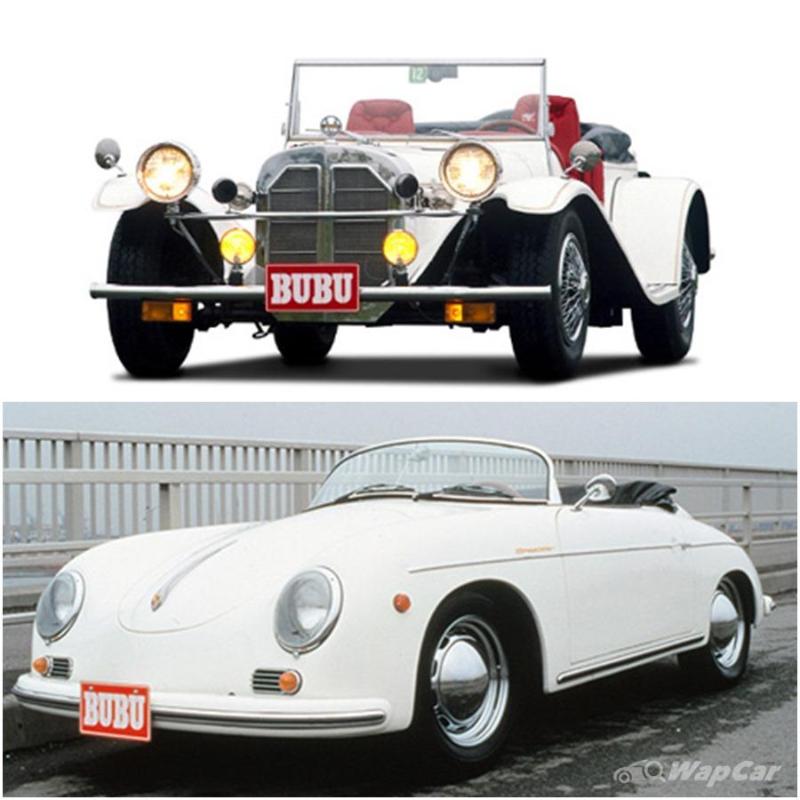 The BUBU Series continued on, but rather than making weird-looking microcars, the focus shifted to producing replicas of classic post-war European cars. This included the BUBU505-C, BUBU Classic SSK, and the BUBU356 Speedstar which were based on the SS Jaguar 100, Mercedes-Benz SSK, and the Porsche 356A Speedster respectively.

Apart from the BUBU505-C which was powered by a 50cc engine, the rest of the BUBU replicas were powered and based on the classic Type 1 Volkswagen Beetle. This also opened the gateway to more interesting cars from the little Japanese brand.

Baroque, garish, but hand-built with a passion 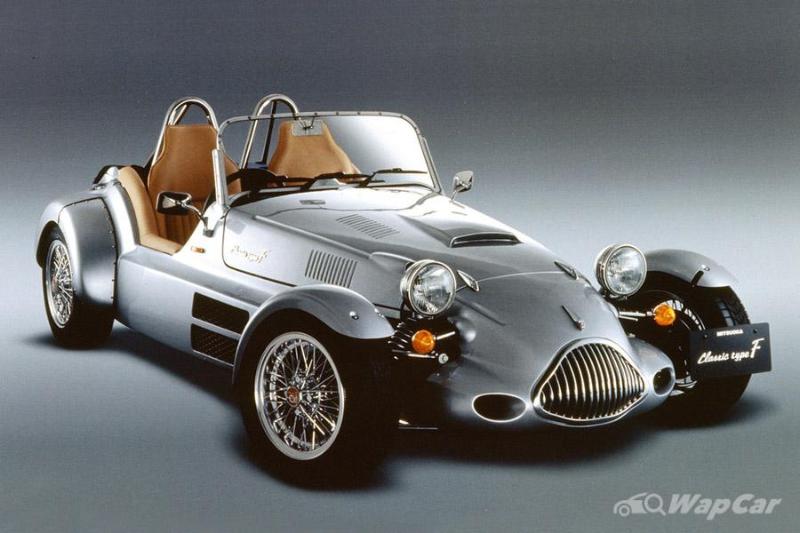 As the 1990s loomed, Mitsuoka saw itself fully committed to being a foreign car specialist as well as a coachbuilder but creating small replicas wasn’t enough. It was missing that eccentric Mitsuoka originality found in the early BUBU microcars. 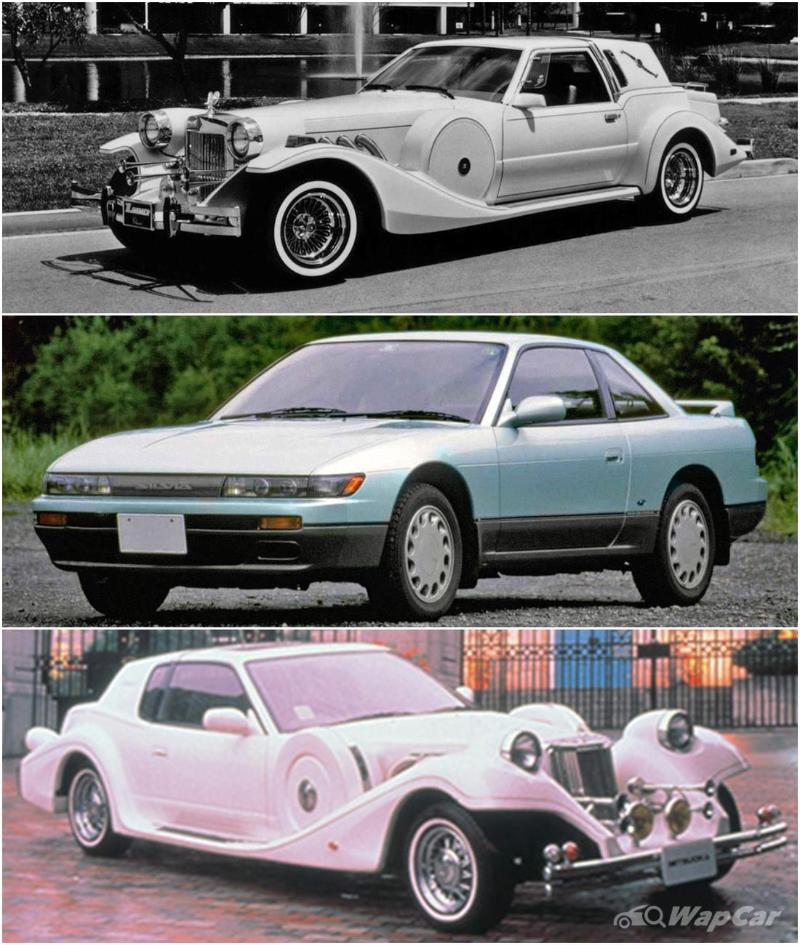 In 1990, Mitsuoka launched the Le Seyde, its first-ever proper model. It was based on the Nissan Silvia S13 and the design was inspired by the Zimmer Golden Spirit. Only 500 were built, all crafted by hand and amazingly, all were sold out within 72 hours. 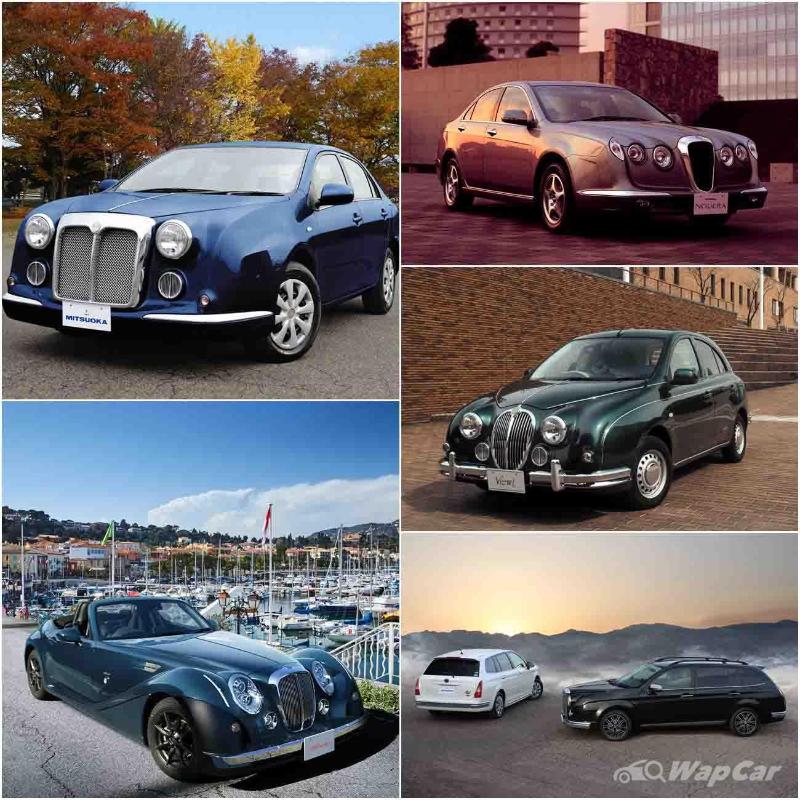 This success continued throughout the 1990s and the later decade as Mitsuoka became known as that weird Japanese car brand that built Western-inspired classics on modern Japanese cars. There were cars like: 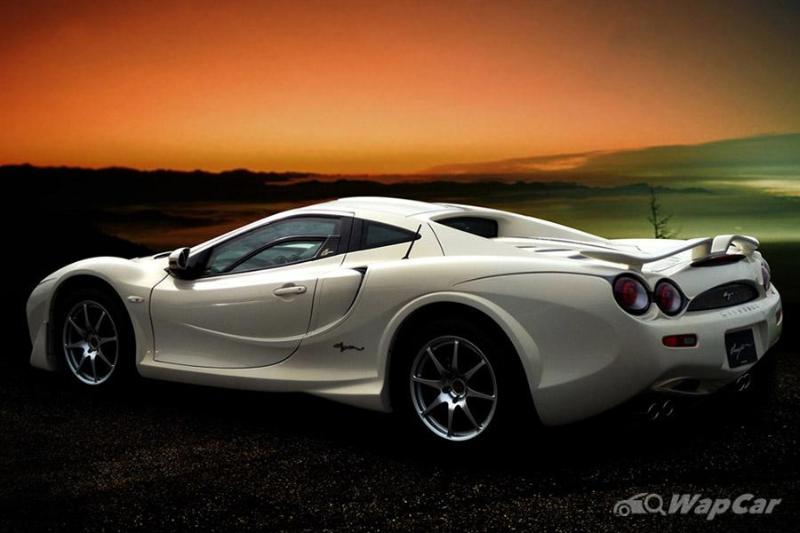 But those models can’t compare to what’s in store during the turn of the millennium. At the 2001 Tokyo Motor Show, Mitsuoka unveiled the Orochi concept to the world. Based on the Honda NSX, the name Orochi was derived from the mythical Yamata no Orochi 8-headed Japanese dragon.

It took until 2007 for Mitsuoka to finally put its own supercar into production. Some might call it fugly but this was purposely intended. Mitsuoka wanted a car that generated all kinds of attention and based on all that negativity and awe, the little Japanese brand made it. Mitsuoka also called it a “fashion supercar”. 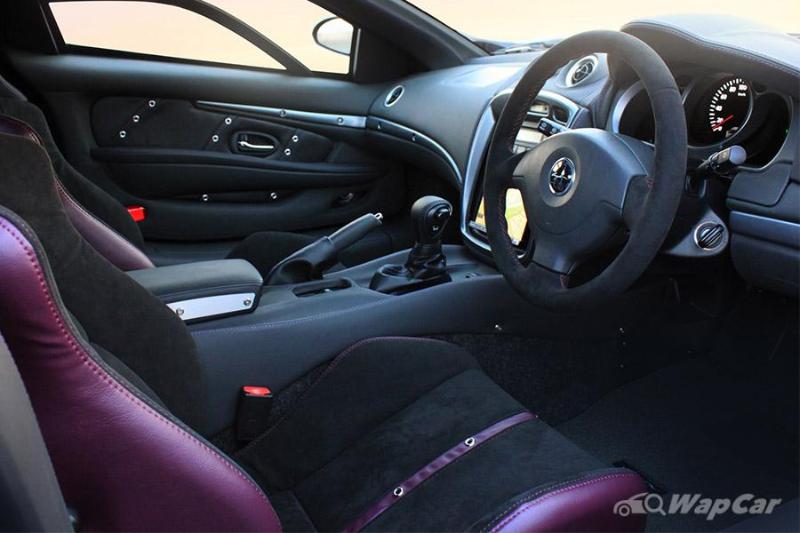 The Orochi was powered by a Toyota 3MZ-FE V6 engine and mated to a 4-speed automatic. However, unlike the concept or other Mitsuoka models, Mitsuoka designed its own platform for the production-spec Orochi. The platform design was inspired by the Ferrari 512TR (Testarossa).

Production for the Orochi ended in 2014 but there were a few special editions made, including for a couple of anime series.

To celebrate its 50th anniversary in 2018, Mitsuoka decided that its newest model should perfectly embody the great designs of the past but also underpinned by a modern reliable car. 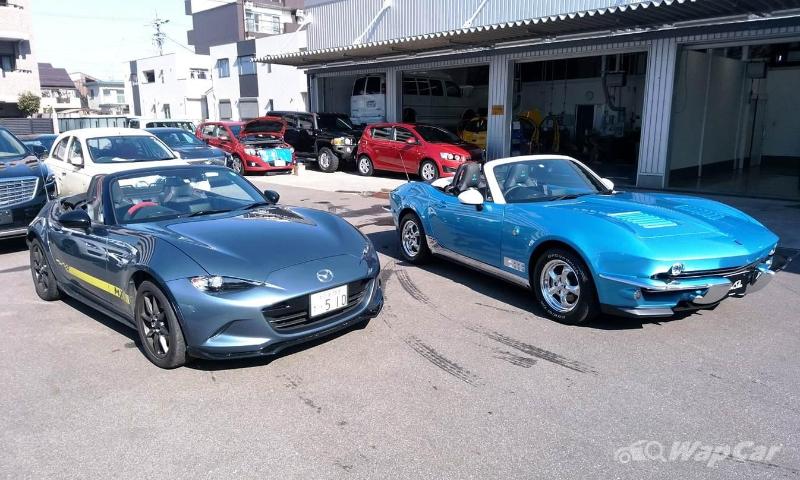 What better donor than the Mazda MX-5, and as for their choice of car to emulate from the past? The classy Chevrolet Corvette C2, also called the Sting Ray Vette by fans. Mitsuoka called it the Rock Star and it was powered by the same 1.5-litre SkyActiv-G engine as the MX-5 (132 PS/152 Nm) 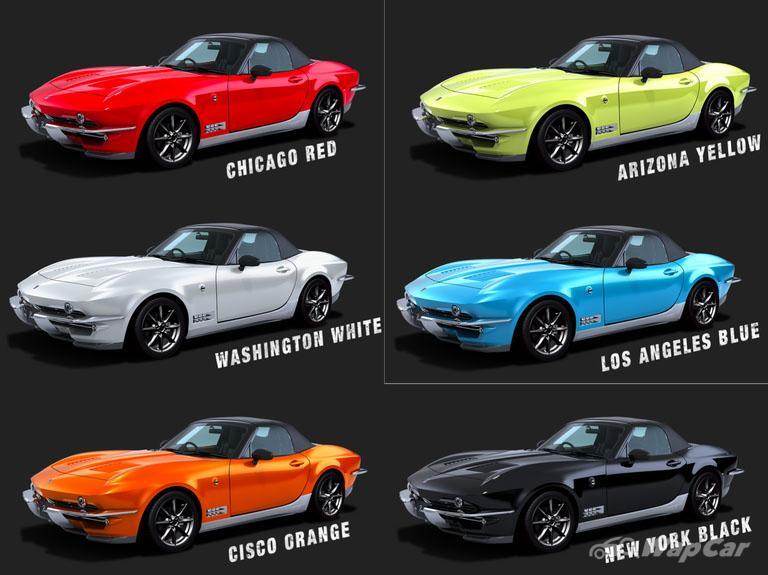 Compared to the Himiko I briefly mentioned, the Rock Star doesn’t look very awkward. There were 6 colours to choose which were named after American cities and states. Mitsuoka announced that 200 will be built but tough luck if you wanted to order one; they're completely sold out. 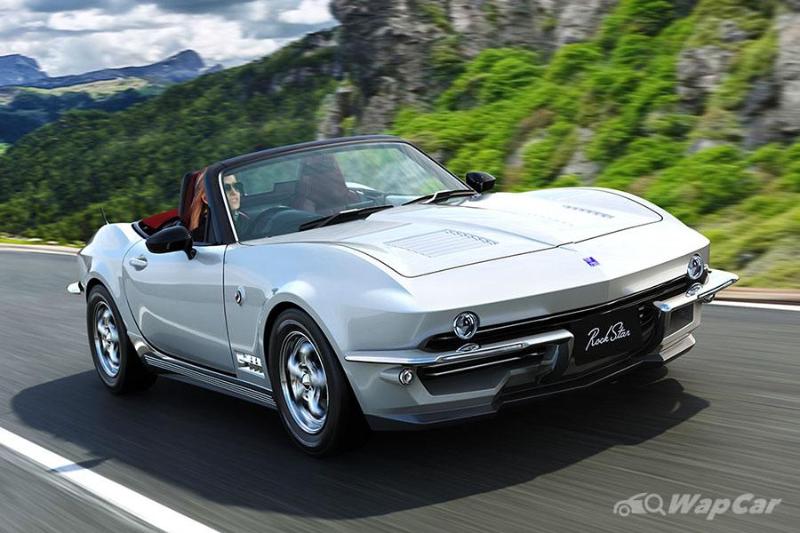 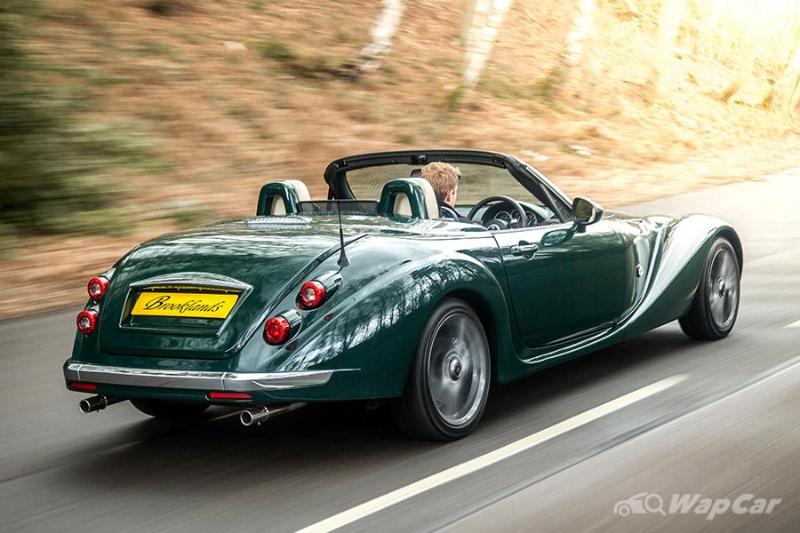 At the beginning of this article, I have to be honest, I was quite sceptical over the brand. But after doing some research on its history, it has the essence of a plucky Japanese underdog that you really can’t help but to cheer for. 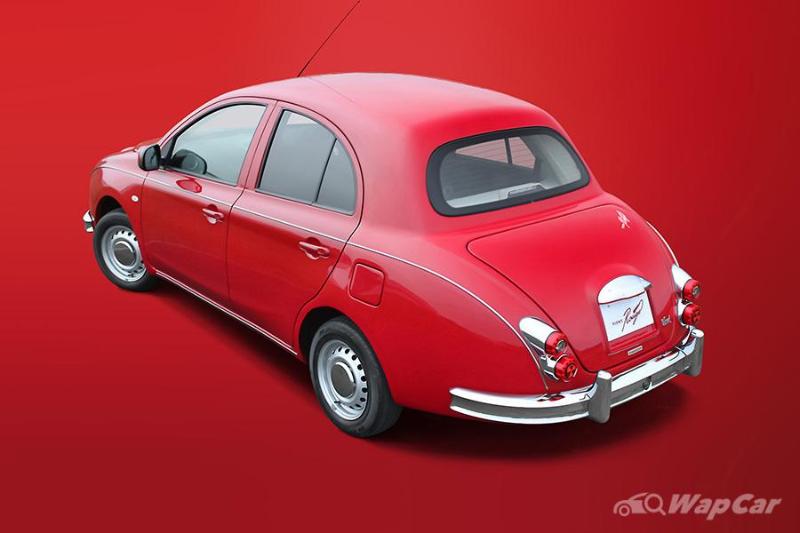 While their cars are definitely of an acquired taste, they are pretty reliable. After all, they have Japanese underpinnings and are based on normal Japanese cars. They even have an exquisite aura being hand-built. Beneath all that weird styling is an interesting company with a storied history.