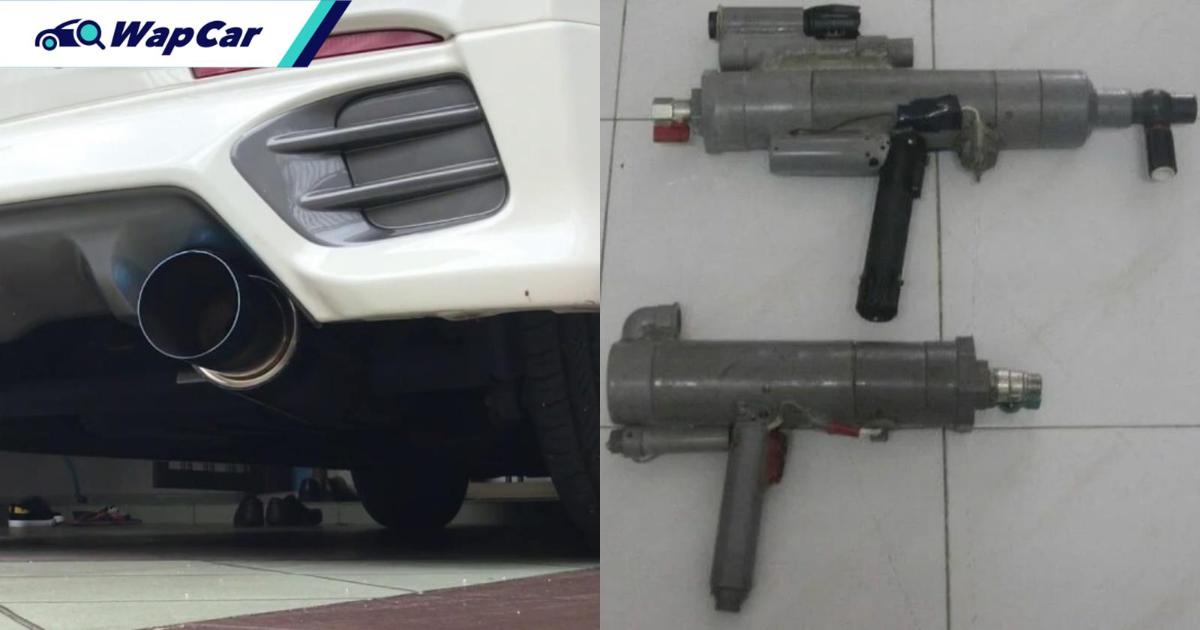 We all have that neighbour that loves the sound of a booming exhaust system. But what is worst is when they decide to rev their cars hard just for fun, breaking the peaceful quietness of the neighbourhood. This man in Johor has had enough of his neighbour’s car and decided to shoot at it in retaliation!

Iskandar Puteri Police Chief, Assistant Commissioner Dzulkhairi Mukhtar told the media that the 21-year-old Perodua Myvi owner made a police report when he found gunshot marks on the driver side rear door after witnessing suspicious activity from the direction of his neighbour’s house.

When police raided the suspect’s house, they found 2 self-made rifles along with 3 marbles under a cupboard in the kitchen. Police also confiscated a pair of black shorts as further proof that the suspect had shot at the Perodua Myvi.

Early investigations revealed that the rifles were made by the suspect himself via YouTube tutorials and the suspect also has a colourful criminal record.

It was also reported that the 63-year-old suspect was fed up with the Perodua Myvi’s modified exhaust and that the Myvi driver often revs his car in the neighbourhood in the name of “testing” his engine.

The case will be investigated under Section 36 of the Weapon’s Act 1960.

This is a reminder to all road users to always be mindful of your surroundings and be considerate to the people around you.