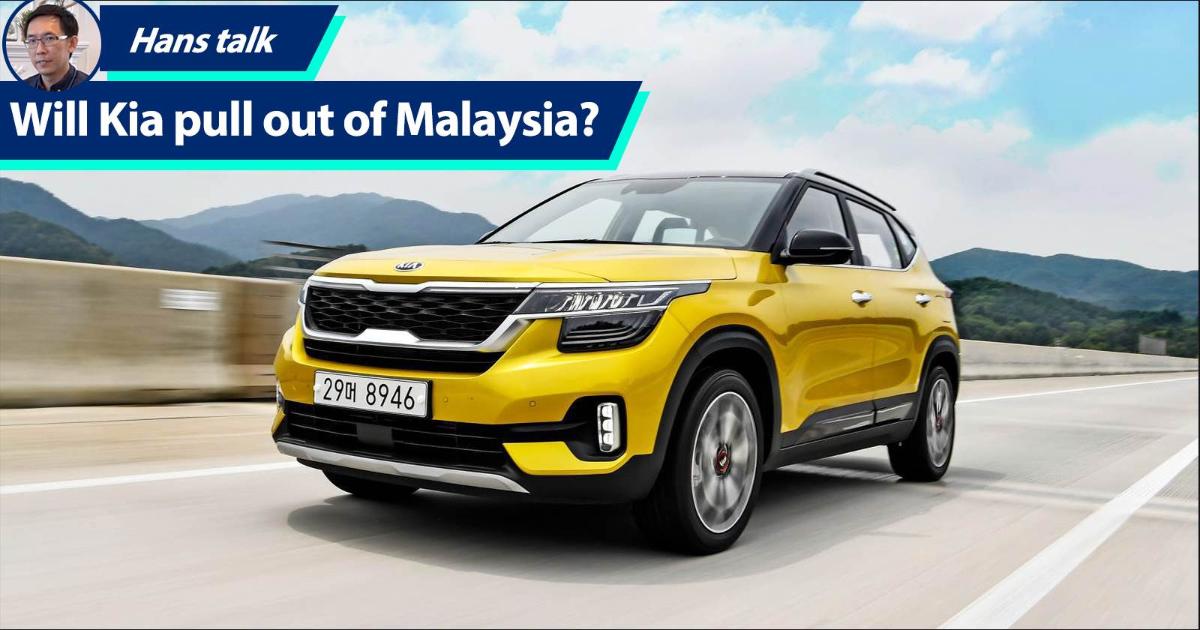 Earlier last week, Berjaya Auto Alliance Sdn Bhd (BAASB), a new company formed between Bermaz Auto and Berjaya Corp announced that it will be the sole distributor of Peugeot vehicles in Malaysia, taking over from Naza’s Nasim.

Nothing was said about Kia, another brand under the ailing Naza automotive group. Berjaya Auto Alliance has until today, distanced themselves for making any statements about Kia.

At the same time, Naza themselves have said that it wants to let go of the Kia business already.

Word on the street is that Naza intends to replace Kia with Suzuki, but the company is not ready to make an announcement yet.

The Kia brand is now almost like an orphan. Its original caretakers have given up on it, but nobody wants to adopt it.

Kia vehicle owners, especially those who bought their cars in the last 5 years, are having doubts about their vehicle’s warranty coverage. 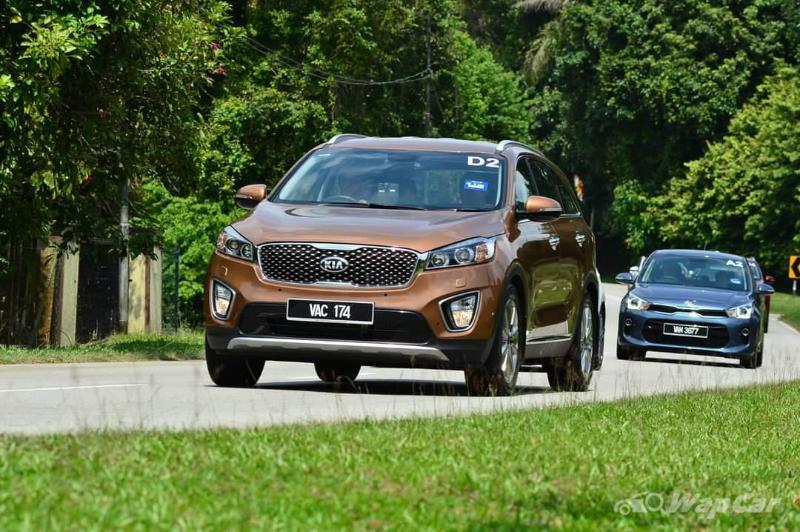 In 2016, Naza Kia Malaysia introduced a Kia Value 5 guaranteed resale value campaign, on condition that the customer trades in his/her used Kia for another new Kia. This contract is between the buyer and Naza Kia Malaysia but will cease to be valid once the latter shutters.

Meanwhile, Groupe PSA is speeding ahead with Berjaya Auto Alliance. It has recently showcased the Peugeot 2008 to the Thai media at the ongoing Thailand International Motor Expo. It told the Thai media that the 2008 will be launched there next year, to be imported from Malaysia.

The French are not known for their working speed but in this case, Peugeot is clearly the one that is moving faster than the Koreans at Kia.

The former Naza Automotive Manufacturing plant in Gurun is now controlled by Groupe PSA, which currently makes the Peugeot 3008 and Peugeot 5008 there. Both are exported to Thailand. 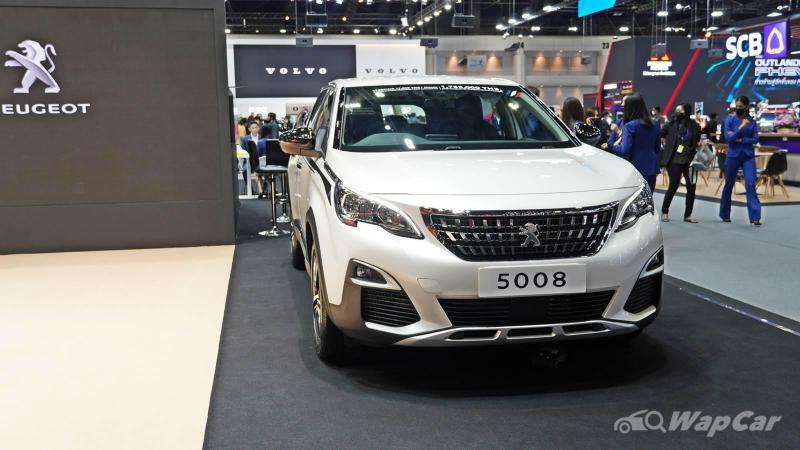 With the plant’s ownership transfer to Groupe PSA, Kia can no longer assemble any cars there, effectively downgrading the Korean marque into a CBU-only brand. 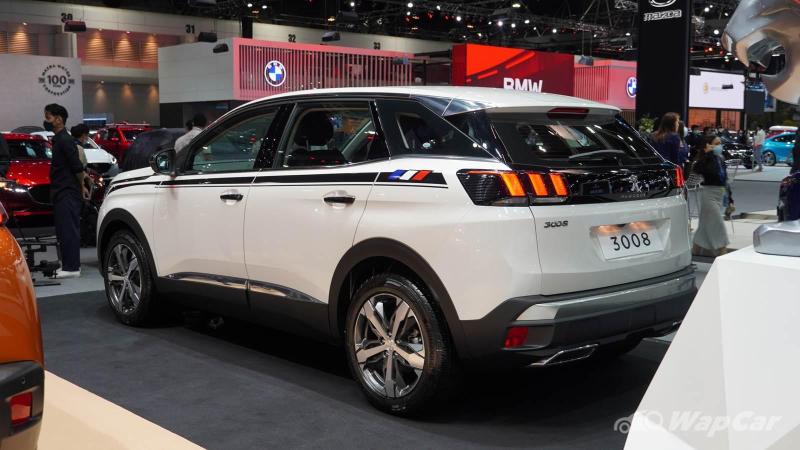 Sources familiar with the matter say that talks between Berjaya/Bermaz and Kia is still on-going but progress is slow.

“The local team wants to see more commitment from Kia before they will agree to take up the business,” a high placed source told WapCar.my.

Kia doesn’t have a lot of leverage right now because they were the ones who are seeking for a buyer and no one else is interested in taking up Kia’s offer.

Unlike Peugeot, Kia doesn’t want to invest in setting up CKD (completely knocked down, locally-assembled) projects in Malaysia. With no CKD cars, taxes will inflate prices.

On its own, such business model can still work. In fact, although CBU cars are lower in volume, they are in fact more profitable than CKD cars, but that’s contingent on it being a right-sized business. At last count, Naza Kia Malaysia’s dealer network is 32 outlets wide, down from 51 in 2018.

It is also worth noting the Bermaz Auto’s Executive Chairman Dato’ Sri Ben Yeoh is very familiar with Korean cars.

He was the former Managing Director of Hyumal Motor Sdn Bhd, then the distributor of Hyundai vehicles here in the '90s and early 2000s. The company was later reorganized into Hyundai-Berjaya Corporation Berhad and subsequently the Hyundai-Sime Darby Malaysia that we know today. 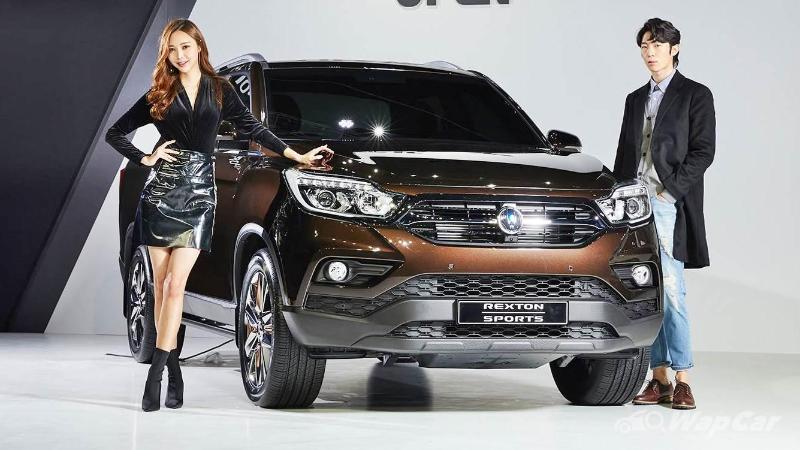 Bermaz is also the distributor of Ssangyong vehicles in the Philippines so the management team have a very good grasp of what’s realistically possible with Korean marques here.

Can Malaysia support both Hyundai and Kia?

There’s also the question of whether is Malaysia big enough to support two Korean brands. Hyundai is currently on an upward push and it too had to contend with a mostly CBU line-up. 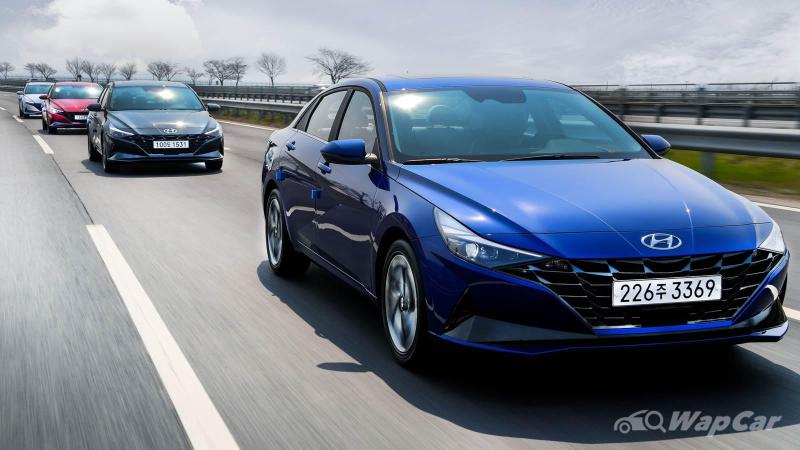 In 3 months, Hyundai-Sime Darby Motors launched three models – Kona, Sonata, and Elantra – all imported from Korea. The brand is now more active than it has ever been in the last 10 years. 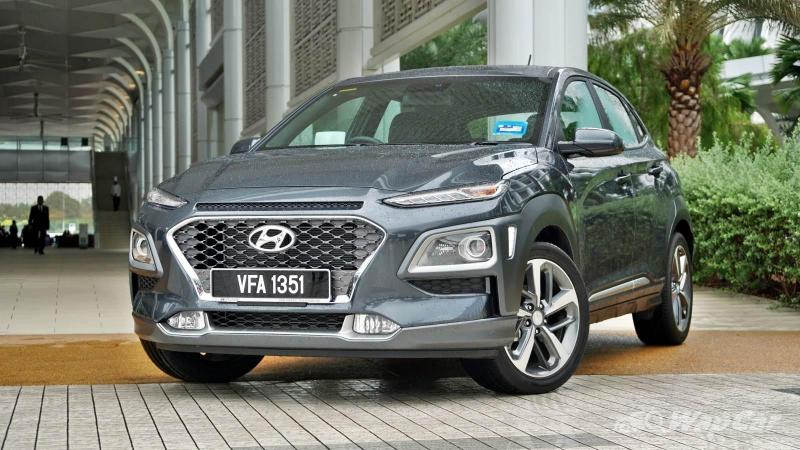 Whether can the new generation of Hyundai models deliver any meaningful results is still left to be seen but what is clear is that Malaysia is a market too small for two Korean bears. 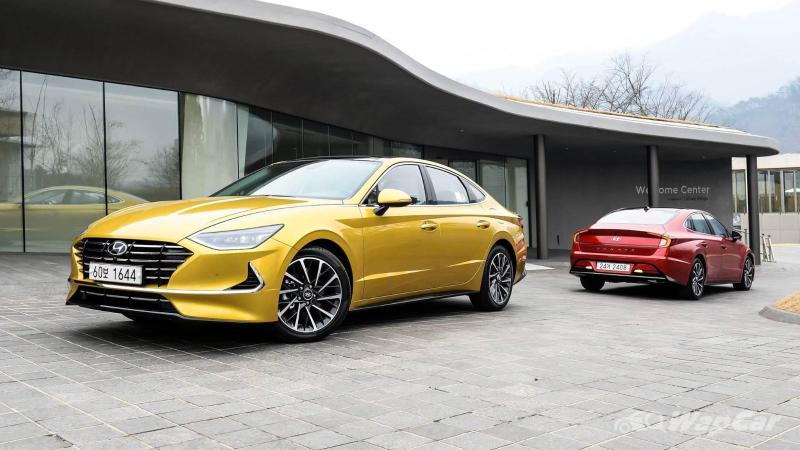 Even the mighty Volkswagen Group can only support its namesake VW brand here while the budget-focused Skoda, which Bermaz Auto is still the distributor (but currently dormant) have to be given the boot.

Audi, also a CBU-only brand, is already halfway out and the brand is supported by a skeletal team in Audi Malaysia, itself now parked under Audi Singapore.

Further complicating matters is that unlike Volkswagen and Skoda, there is no clear separation between Hyundai and Kia, even though both are part of the wider Hyundai Motor Group (HMG).

The complex internal competition between Hyundai and Kia

However as far as the market is concerned, both brands are equally K-pop, with similar unique selling points, and thus inevitably chase after the same group of customers.

At the surface, this sounds like a recipe for a bad business but HMG have somehow managed to make it work.

There’s a background to why HMG isn’t adopting the Volkswagen Group’s model in separating its namesake brand and budget brand.

At the height of the Asian Financial Crisis, Hyundai took over the bankrupt Kia in 1998. To the public, Hyundai bought Kia in an open market bid, outbidding Ford.

However there was an implicit understanding that Hyundai, having benefitted from many years of government protection against foreign competition, has to take up its responsibility as Korea’s biggest chaebol to prevent Kia from falling into American control. 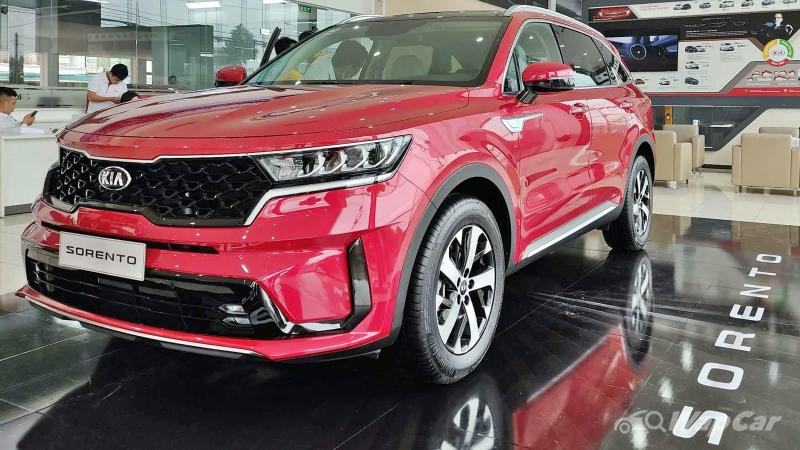 The relationship between Hyundai and Kia is a complex one and there’s a lot of subtle, implicit tensions that only Confucian culture Asians can understand. Until today, journalists asking HMG executives on the integration of Kia into Hyundai are seen as trying to poke a sensitive topic.

The design of HMG’s twin block headquarters in Seoul however, says everything without saying anything. Once again, it’s typically Confucian way of making their point. Kia’s block is slightly shorter than Hyundai’s block, but both blocks share a common lobby.

Kia employees have different security access cards from Hyundai’s, and they go to their respective office blocks via different lifts.

The shared lobby represents shared fortunes - they are separate but are yet tied together at the base. The individual office towers represent the independence of both brands - they are both responsible for their own business performance. Kia’s slightly shorter office tower represents its young brother status within the HMG family.

However, being the younger brother doesn’t mean that it can’t compete against the older brother to win the father’s favour. It just needs to do it in a respectful manner. 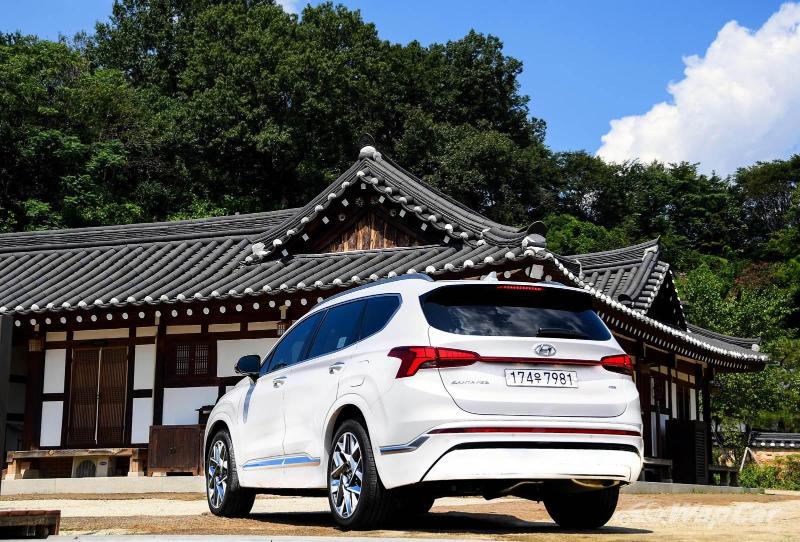 For HMG, pitting the two brothers against each other made them stronger and Hyundai+Kia is a case of 1+1 equals more than 2.

However between Hyundai and Kia, Hyundai is the one that’s pushing deeper in South East Asia. 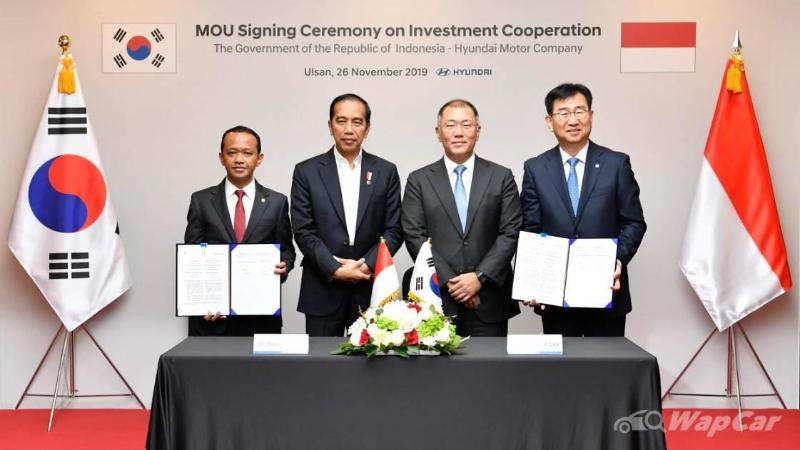 It is building two plants here simultaneously – one in Singapore due by 2022, which will also serves as a R&D centre specializing in electric and driverless vehicles, and another in Indonesia is due by 2021. It’s a 150,000 cars per year plant to build low cost cars aimed at the region – the next generation Accent, a 7-seater variant of the Creta, a pick-up truck and an MPV.

Indonesia will be Hyundai’s export hub for South East Asia, and all the models planned are earmarked for Malaysia. So where does Kia fit in all these? 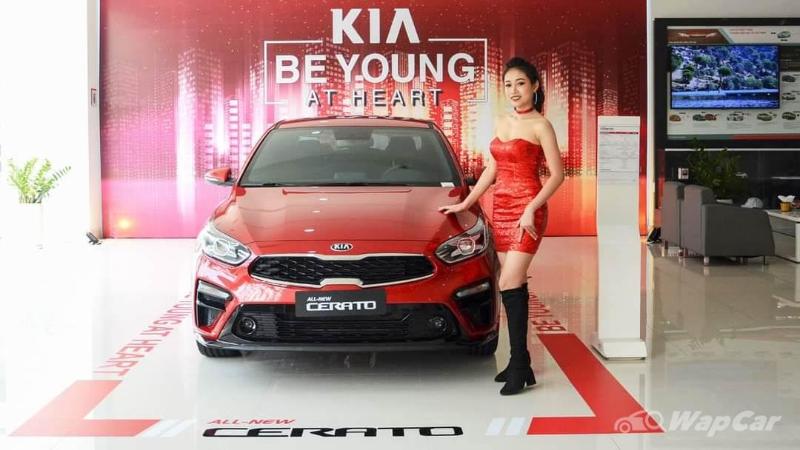 Kia still has a role in South East Asia but it appears to be limited mostly to left-hand drive Vietnam and Philippines. Kia has a 50,000 cars per year joint venture plant in Vietnam with Thaco (Truong Hai Auto Corporation) but the only right-hand drive export it does is for the Carnival, to Thailand.

Remember the younger brother, older brother analogy? But this is all academic to Berjaya/Bermaz, or anyone that is going to takeover the Kia distributorship in Malaysia.

At the end of the day, the local distributor wants to know what products does Kia have to offer Malaysia, and at what wholesale prices?

If you want to know how little Kia cares about consumers in this part of the world, just look at models offered in right-hand drive. 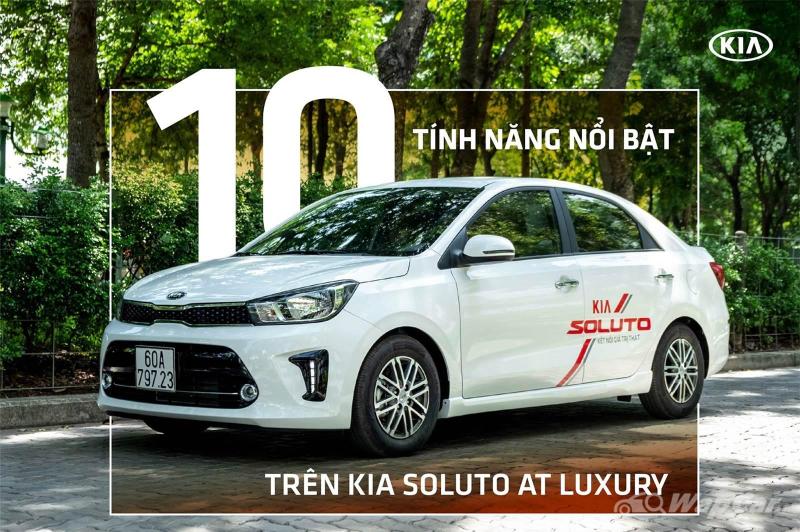 The Kia Soluto, a decent B-segment sedan that undercuts the Honda City and Toyota Vios, is only available in left-hand drive form. This is despite the fact that B-segment sedans are the most popular passenger car type in this region. 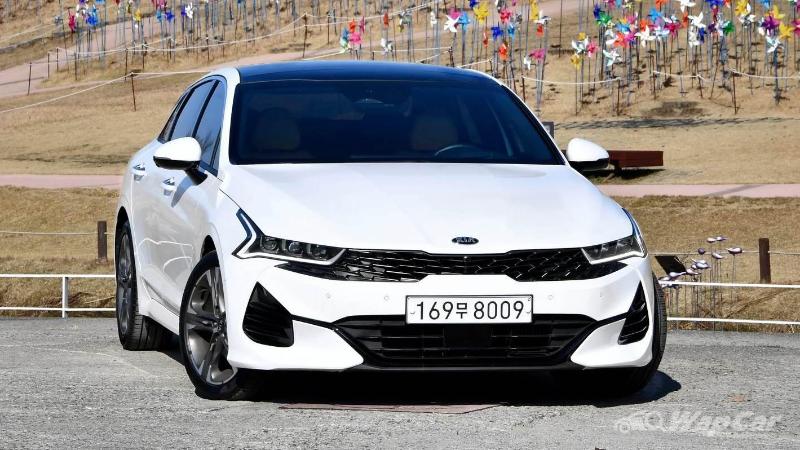 At the other end of the scale, the sweet looking Kia Optima is also only available in left-hand drive and Kia has said that it has no plans to offer the Optima in right-hand drive form.

So if Kia themselves are not ready to commit to making more right-hand drive cars, why should the local distributor, whoever it may be, invest into the Kia brand, which they don’t have any stake in anyway. 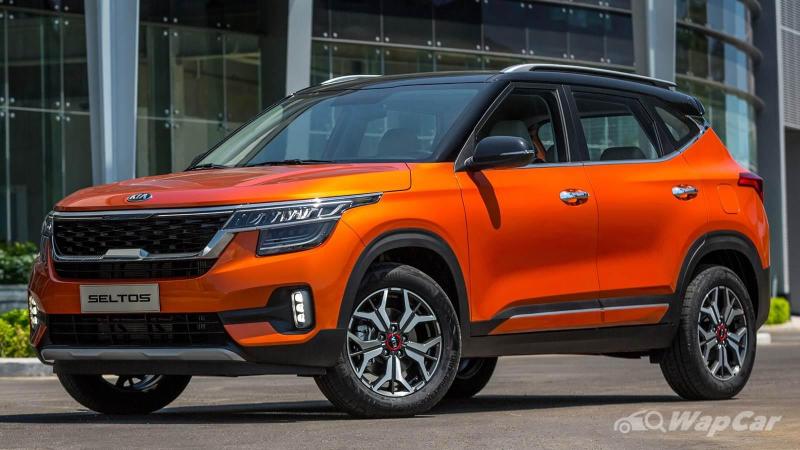 The Kia Seltos doesn’t offer anything special when measured against the super practical Honda HR-V and the super value buy Proton X50. In terms of style, the Hyundai Kona looks better. 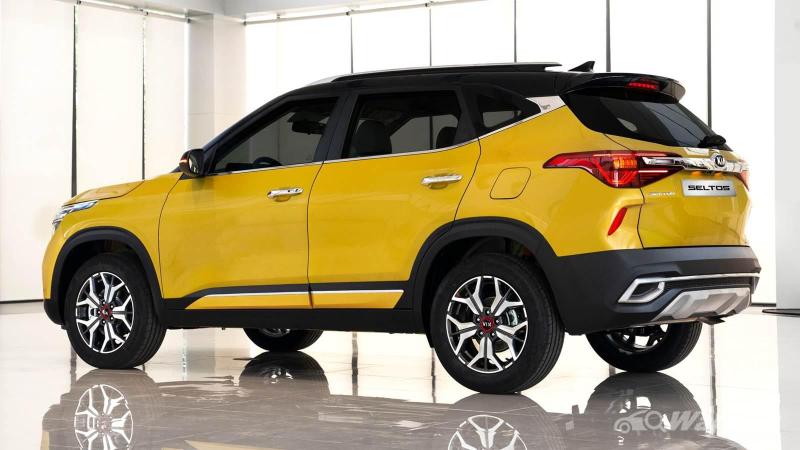 The new Kia Carnival looks very high-end but it will be competing against far too many cheap reconditioned Toyota Alphards. Between the two, it’s obvious which one consumers will gravitate towards. 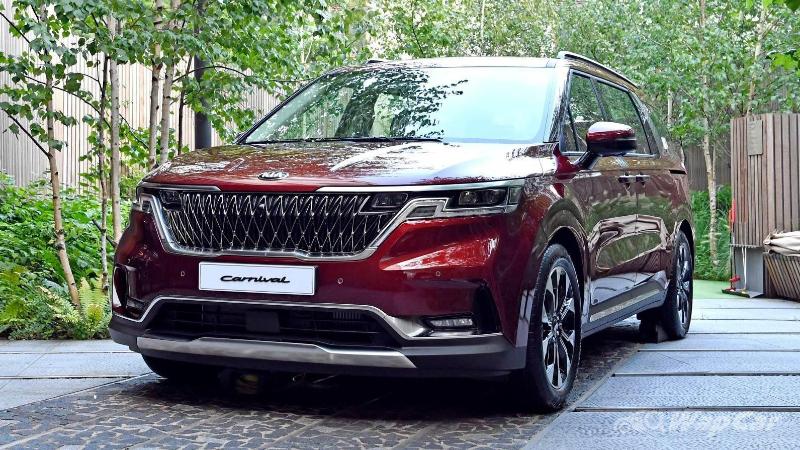 We are left with only the Kia Sorento and Kia Sportage, but why would Bermaz Auto hurt its own Mazda CX-5 and Mazda CX-8?

Unlike Peugeot, Kia is hunting for more or less the same group of customers as Mazda.

At least with Peugeot, it can always market itself as a European alternative and for a small group of customers, it still means something, even if it’s a Peugeot. It’s no Volkswagen but Peugeots are known for having the most beautiful interiors among all European marques.

The Kia brand has been in the dumps here for more than 10 years and the new distributor will need to burn a lot of money before they can start seeing any profit. 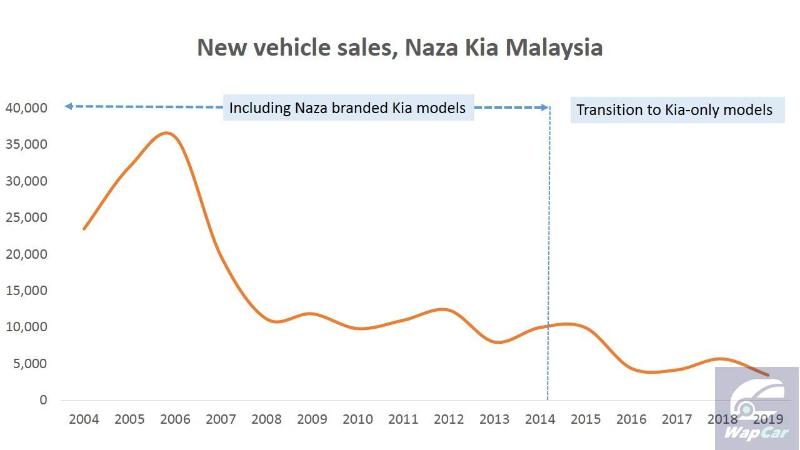 The ball is now in Kia’s court. If Malaysia is not important enough to Kia, then Malaysians should also tell Kia that we are not interested in their products anyway.

Changing negative perceptions towards Korean cars is not easy and Kia needs to ask themselves this - over the last 15 plus years that the Kia name has been sullied under Naza Kia Malaysia, what have Kia themselves done to whip up their local distributor? 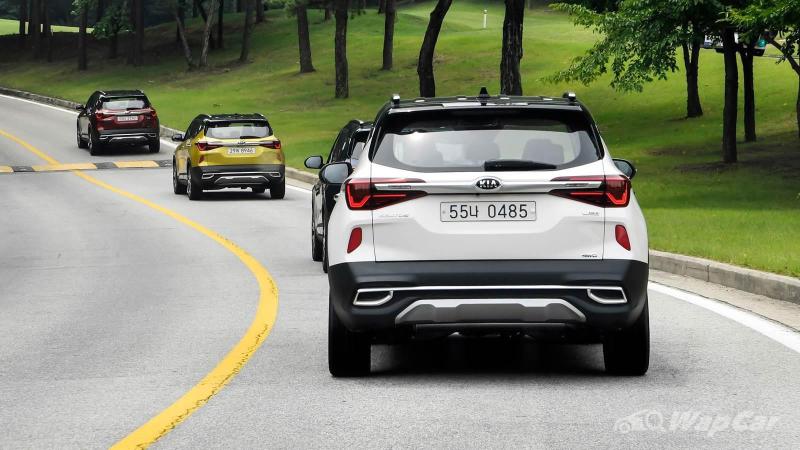 Thus, it shouldn’t expect a new local distributor to wave a magic band to make all these problems go away. If Kia wants to improve the brand's standings here, it needs to get its hands dirty and work together with the new local distributor, because they were equally responsible for the mess.

Remember that Kia maintains a local Kia Malaysia company. Not to be confused with Naza Kia Malaysia, Kia Malaysia is wholly owned by Kia Motors Corporation, and has small office at the 50-storey Naza Tower.