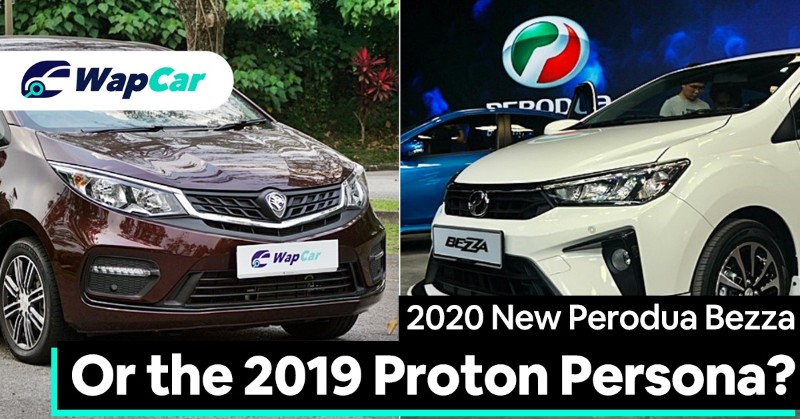 The recently-updated Perodua Bezza has certainly garnered the attention of many, not just because Perodua has made ASA 2.0 available on the Bezza, but also because of its price point.

We already compared the new Bezza against its closest rival - the updated Proton Saga.

But considering that the updated Bezza line-up is priced well into Proton Persona's price range, it would be logical to compare the two as well. The difference between a Bezza AV and a Persona Premium is only less than RM 5,000. By paying a little bit more, about price of a new high-end smartphone, you get a B-segment sedan that sits one class above the A-segment Bezza. 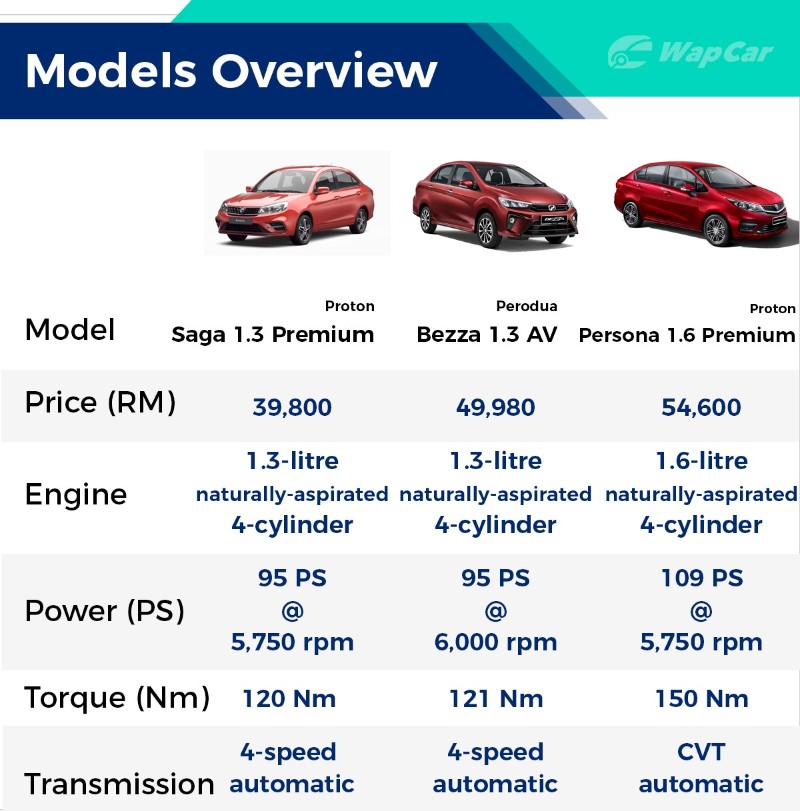 Both cars take a different approach – the Bezza is engineered with fuel efficiency in mind, while the Persona, despite what Proton has done to the (ageing) engine, still suffers from abysmal fuel consumption.

As such, the Bezza is better suited for those wanting to squeeze every drop of fuel.

But if the phrase “there’s no replacement for displacement” resonates with you, then the Persona is a better bet – it offers 14 PS and 29 Nm more than the Perodua.

Yes, despite offering more grunt on paper, the Persona’s Punch-sourced CVT is its biggest pitfall – the gearbox is noisy and unrefined, which makes driving the Persona really unpleasant.

Only 2 litres of boot space separate the two

Despite being Perodua’s first-ever sedan, it is proof that the company has done its homework well, as the Bezza’s 508-litre boot is nothing to scoff at. 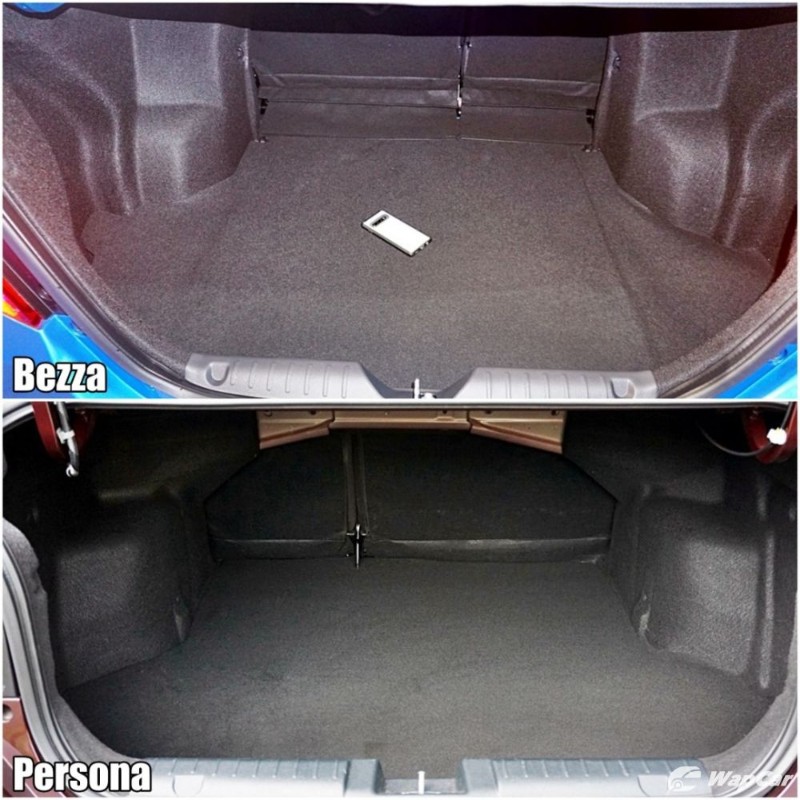 While the Persona may be one segment above the Bezza, its boot is “only” 2 litres more than the Bezza, coming in at 510 litres.

Depending on variant, the Bezza and Persona can be had with split folding rear seats, which can further expand the usable boot capacity.

On the other hand is the Proton Persona, which has 6 airbags on the range-topping Premium variant (all other variants get 2 airbags).

The Persona’s body structure, thanks to Proton’s use of high-tensile steel, is also much more rigid.

Ask yourself, which one is more important – driver assistance or more airbags?

The Perodua Bezza, for all intents and purposes, should remain as a city dweller, as its compact dimensions and light controls (steering and throttle) make it a doddle to drive in town.

As for the Persona, Proton has proved itself in the ride and handling department, as the B-segment sedan irons out bad roads without breaking a sweat.

Also unsurprisingly, the Persona is also able to tackle corners better than the Bezza, but you already know that by now.

Interior build quality – Proton still has some way to go

Like an inseparable couple, Proton and build quality issues seem to go hand-in-hand.

It’s no different with Proton’s latest Persona – it had weird squeaking and rattling noises, which should have been a non-issue when Geely stepped in.

If the split folding rear seats didn’t frustrate us enough (it just failed to latch properly after releasing), we also noticed that the gear shift lever’s lighting had a tendency of lighting up like a mini in-car disco.

With Proton leveraging on Geely’s parts bin, they managed to find a fancy head unit with a voice command system.

But in reality, it’s quicker to just load songs via Spotify and navigation via Google Maps.

Hang on, the GKUI infotainment system lacks Apple CarPlay and Android Auto support, so you’re stuck with whatever native Chinese apps are pre-loaded into the system.

It’s not any better on camp Perodua, as the second national car company was never known for offering any decent head units and the new Bezza is no different.

We are waiting to see which company will introduce Apple CarPlay and Android Auto first, Proton or Perodua.

So, which sedan to pick?

Since its debut in 2016, the Proton Persona in its range-topping Premium trim offered superior value for money.

For a B-segment sedan priced under the RM 60k mark, it's hard to argue against its value preposition - other rivals such as the Honda City and Toyota Vios cost considerably more. 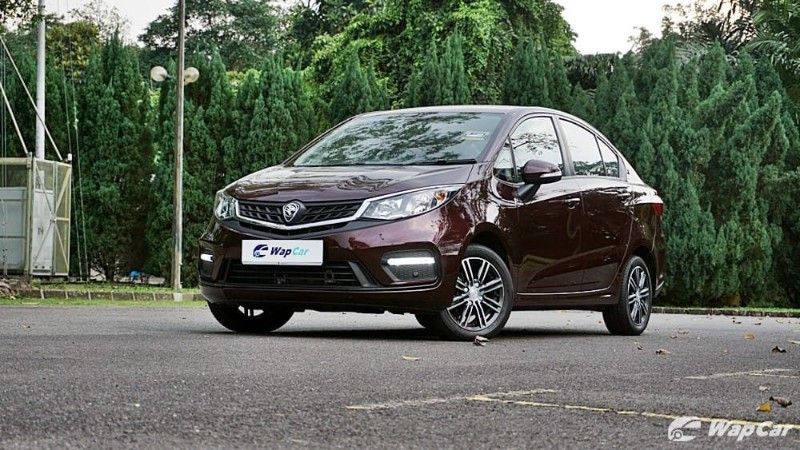 It’s no different when Proton unveiled the updated model last year, as it was a step in the right direction.

With that said however, the Punch-sourced CVT remains the biggest pitfall of an otherwise swell little sedan. 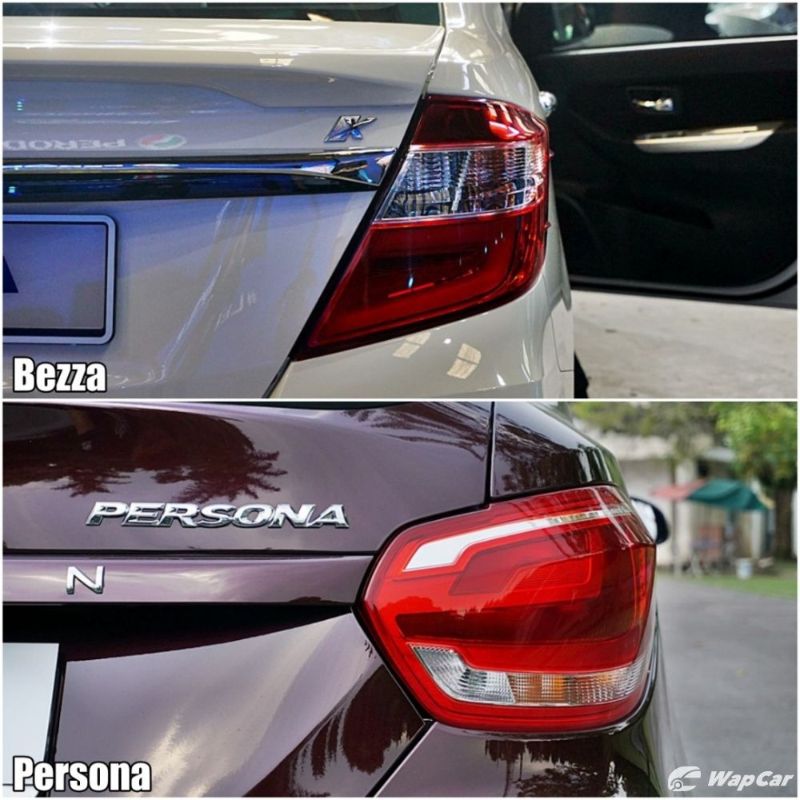 The updated Perodua Bezza, in its 1.3 AV trim, is priced from RM 49,980, putting it between the Persona Executive CVT and Premium CVT.

Although the Perodua Bezza may not get some of the features of the Persona (6 airbags, fancy voice command head unit), it does claw back with LED headlights and LED tail lights across the range, plus the addition of ASA 2.0 on the 1.3 AV variant. 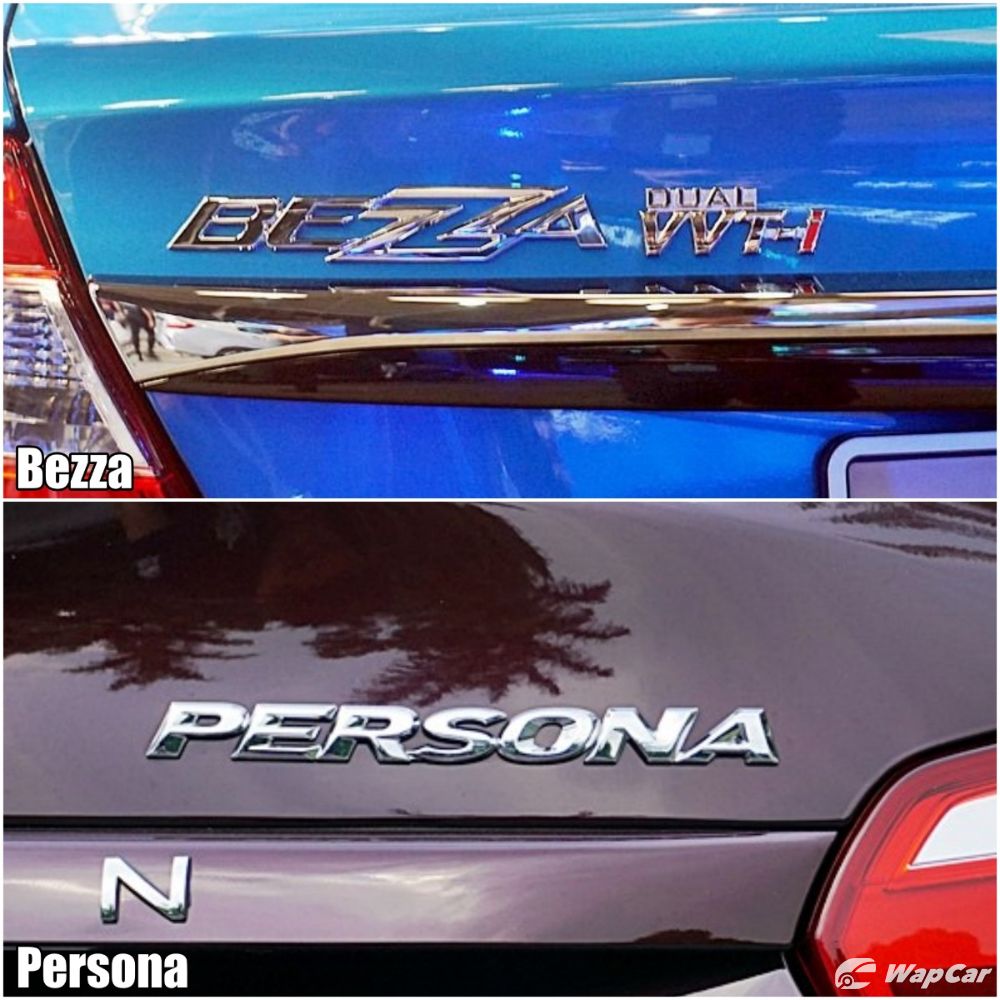 If what you need is a sedan for city dwelling, then the fun-sized Bezza should be your top pick, thanks to its superior fuel efficiency and light controls.

However, if you need the assurance of 6 airbags, then do consider the Persona. ASA 2.0 may be useful for some, but we reckon that there’s no substitute for more airbags.