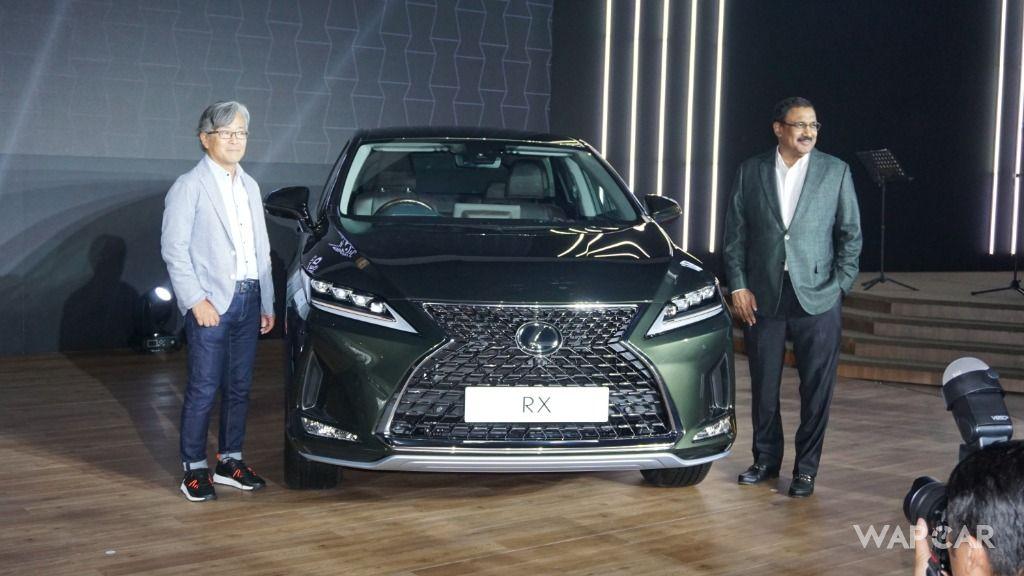 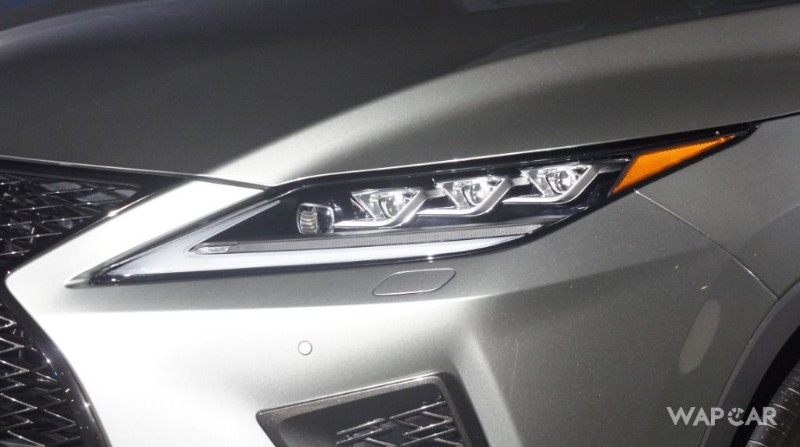 Prices for the new Lexus RX are as follow: 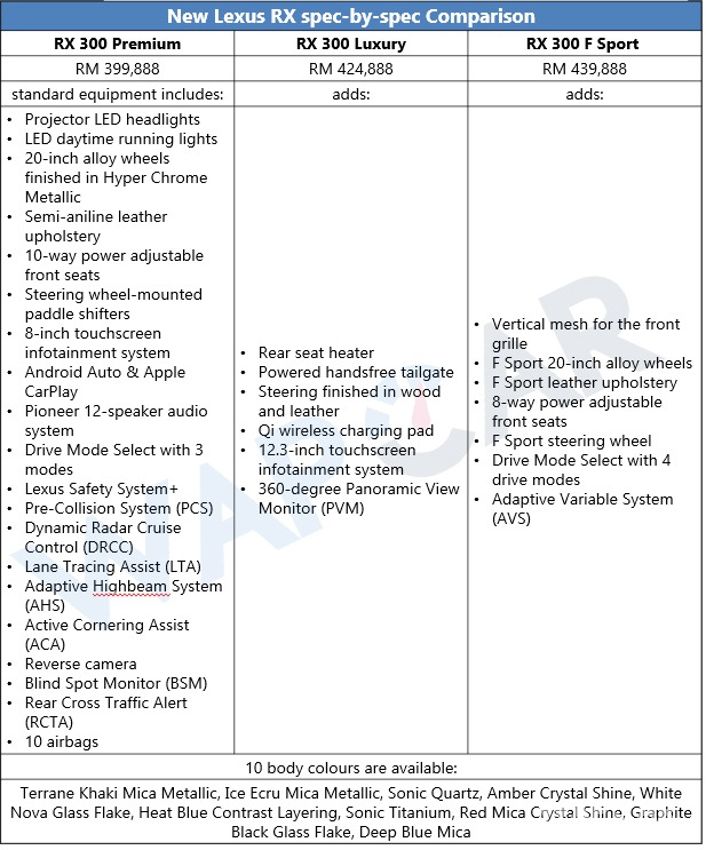 Lexus Malaysia has also dropped the RX 350 and RX 450h variants of its crossover in an effort to streamline their line-up. 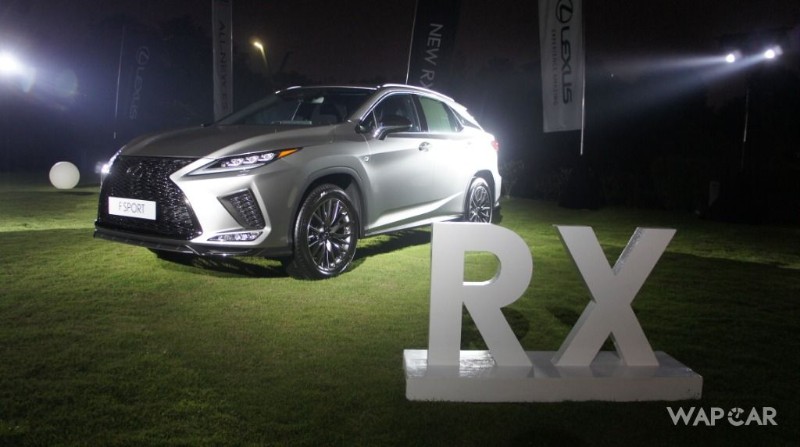 Similar to the updated Lexus NX, the new RX gets Lexus’ ‘triple beam’ LED headlights that are slimmer in profile than the outgoing model. The front fog lamps have also been repositioned to each corner of the front bumper.

As for the F Sport variant, larger air vents located above the front fogs help to distinguish itself from the regular variants. 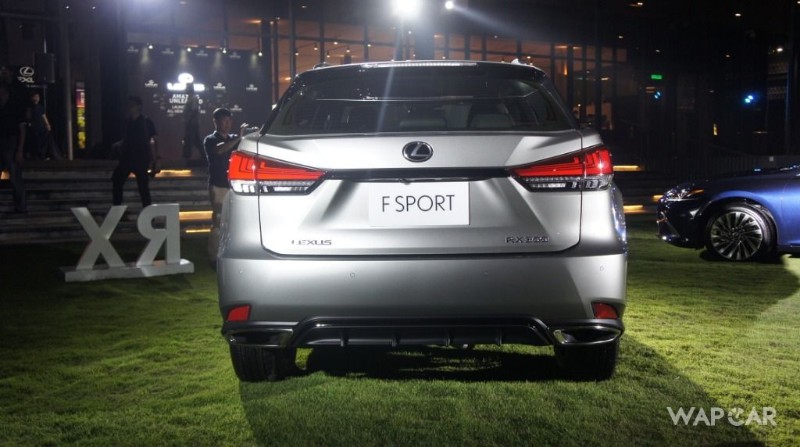 Towards the rear end, new tail lights and a reprofiled bumper help to freshen up the rear end of the new RX, with the main difference being the relocated reflectors. 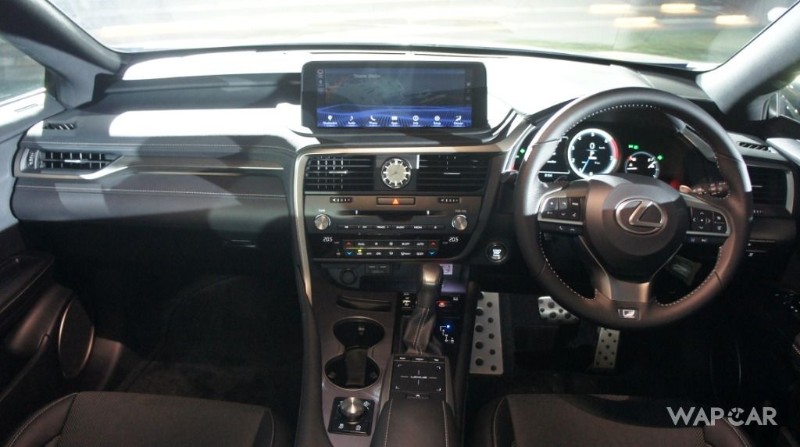 Inside, the biggest improvement is the inclusion of Android Auto and Apple CarPlay, a first for Lexus. Apart from that, the new Lexus RX also receives paddle shifters, a phone holder in the centre console, more USB charging ports, and a Qi wireless charging pad. 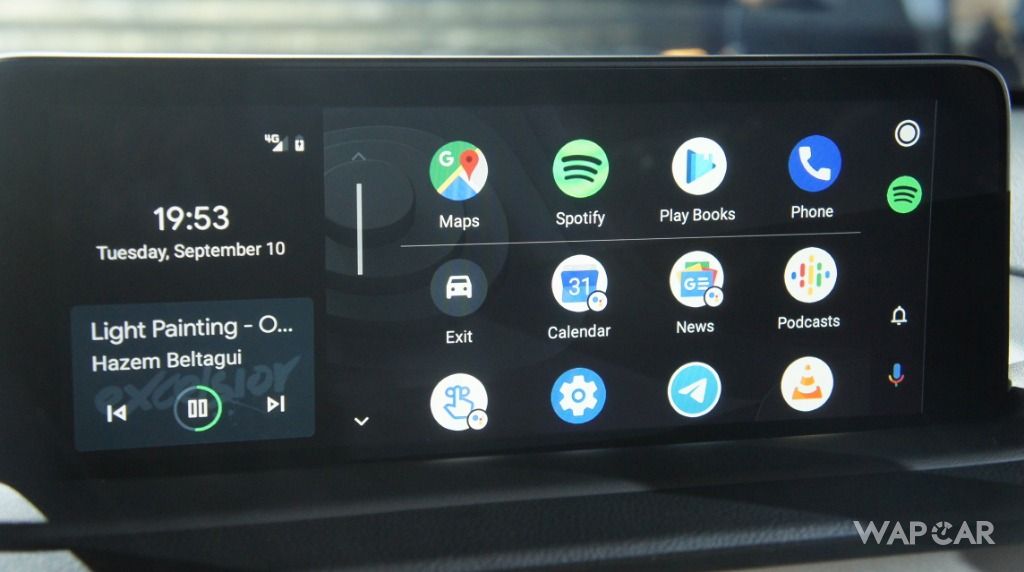 In terms of safety, the new Lexus RX is fitted, as standard, with the Lexus Safety System+ suite of advanced driver assistance system, which includes Adaptive Highbeam System (AHS).

Versus parallel imported models, official units sold by Lexus Malaysia are backed by a 5-year unlimited mileage factory warranty for a better peace of mind. 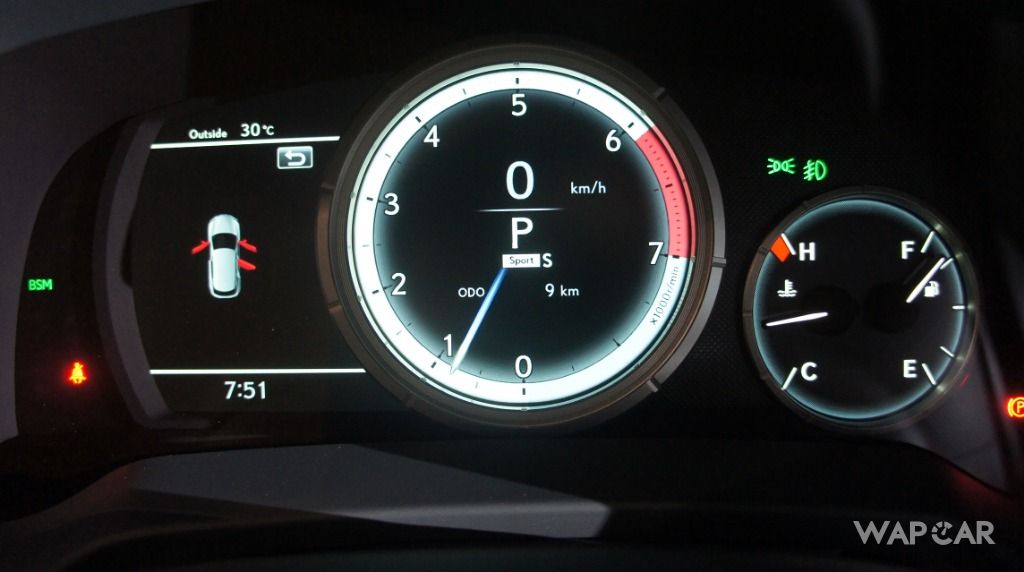 Globally, the RX sits between a Mercedes-Benz GLC-Class and GLE-Class but since the RX is imported from Japan while the GLC is locally-assembled, there is almost a RM 100,000 gap between the two. In the Malaysian context, the Lexus RX is best compared against the seven-seater Volvo XC 90, even if the RX has two less seats. 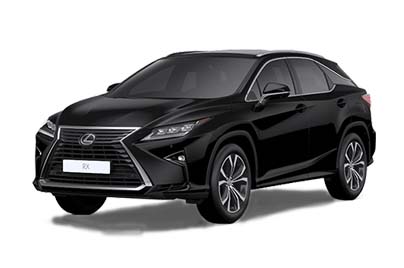