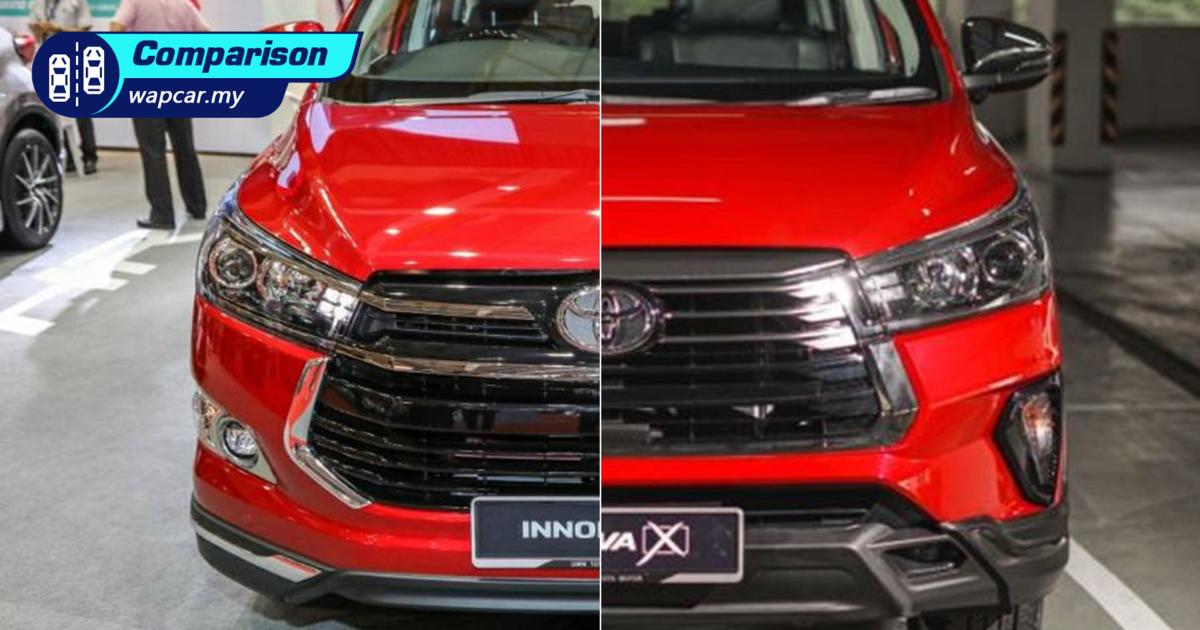 As we entered the second month of 2021, UMW Toyota Malaysia (UMWT) unveiled the new 2021 Toyota Innova facelift as one of its newest models of the year next to the refreshed Toyota Fortuner. 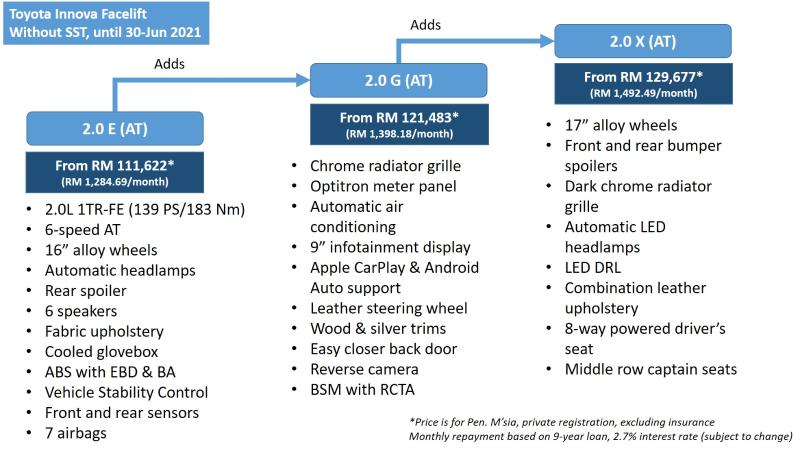 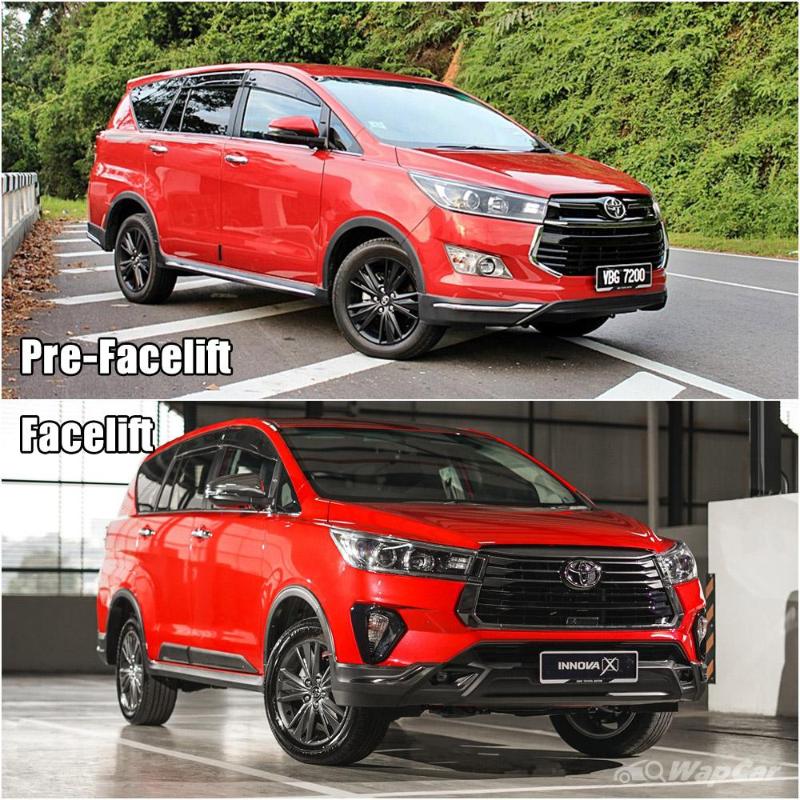 But first, the variants 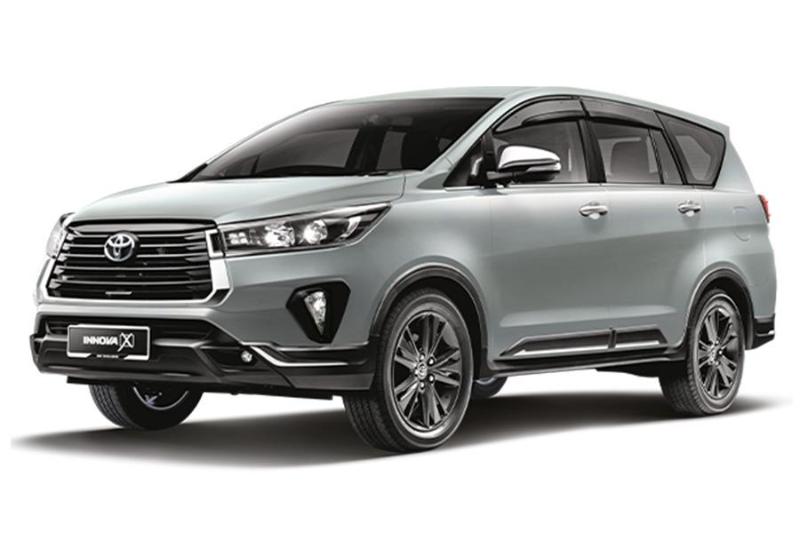 The Innova facelift is available in three variants in Malaysia. All three are powered by the same powertrains which we’ll go through later in the article. The following are the prices for all three variants excluding SST (until 30-June 2021), on-the-road without insurance. 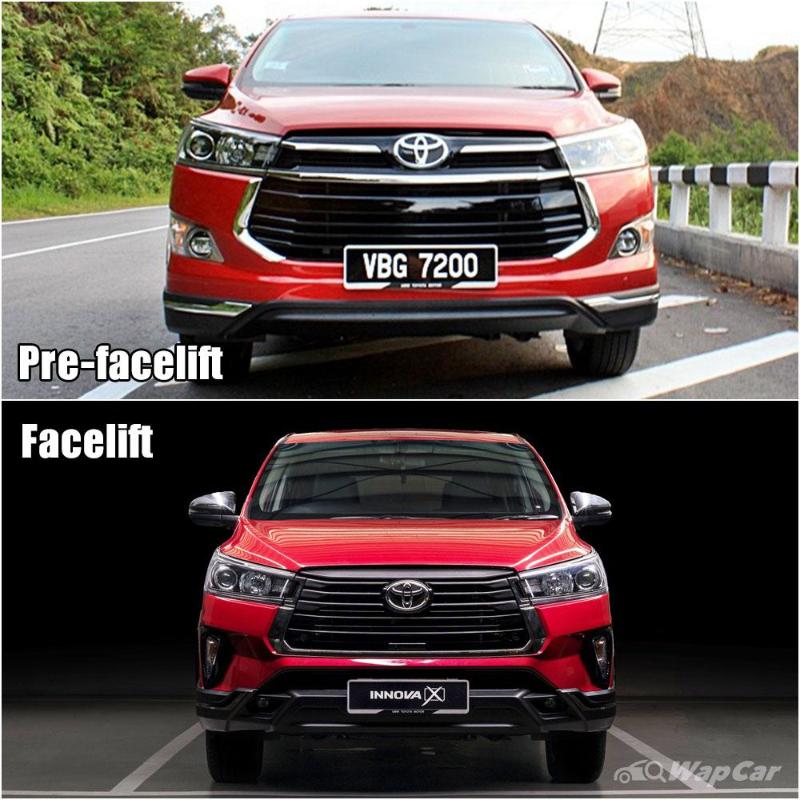 As seen on the Indonesian-spec Innova, the three-row MPV sports a brand-new trapezoidal grille which gives it a very macho appearance. Good news for parents who think most crossovers or MPVs are getting a little too tame in looks. 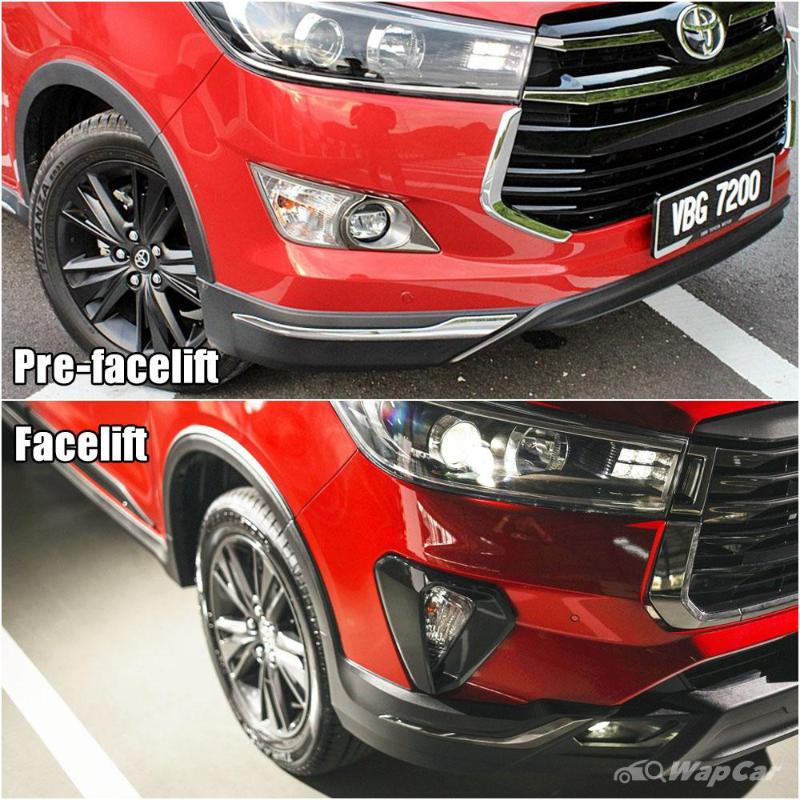 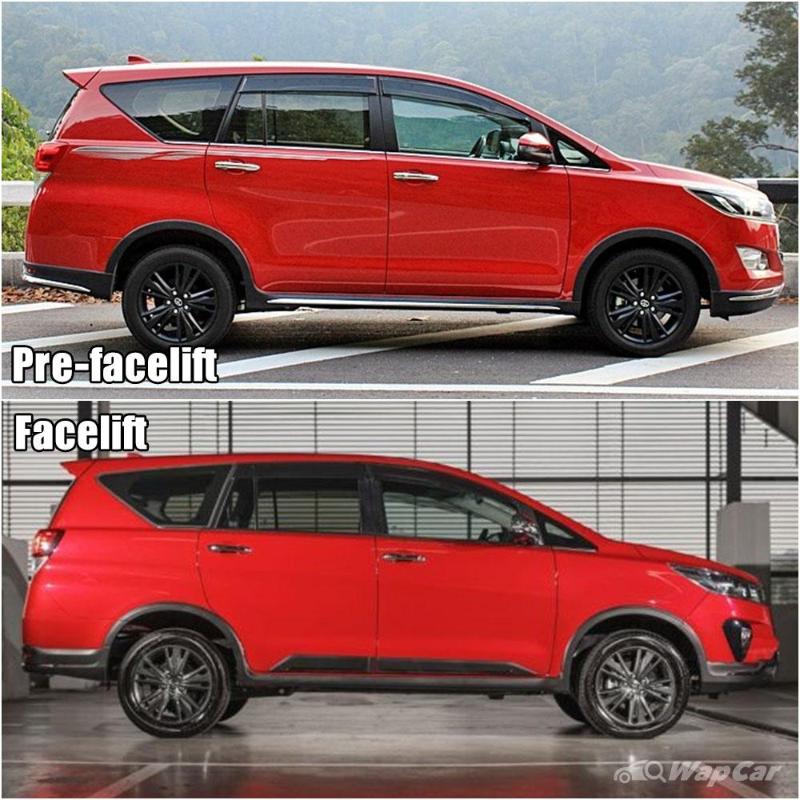 Clearly, the changes are mostly fixated on the front since both the pre-facelift and facelift Innova look similar when viewed from the side. The biggest changes might be for the 2.0 X variant though.

While the pre-facelift 2.0 X introduced a new more adventure-inspired look with plastic body cladding only surrounding the lower parts of the MPV, the facelift 2.0 X gains additional black plastic trims on the doors. 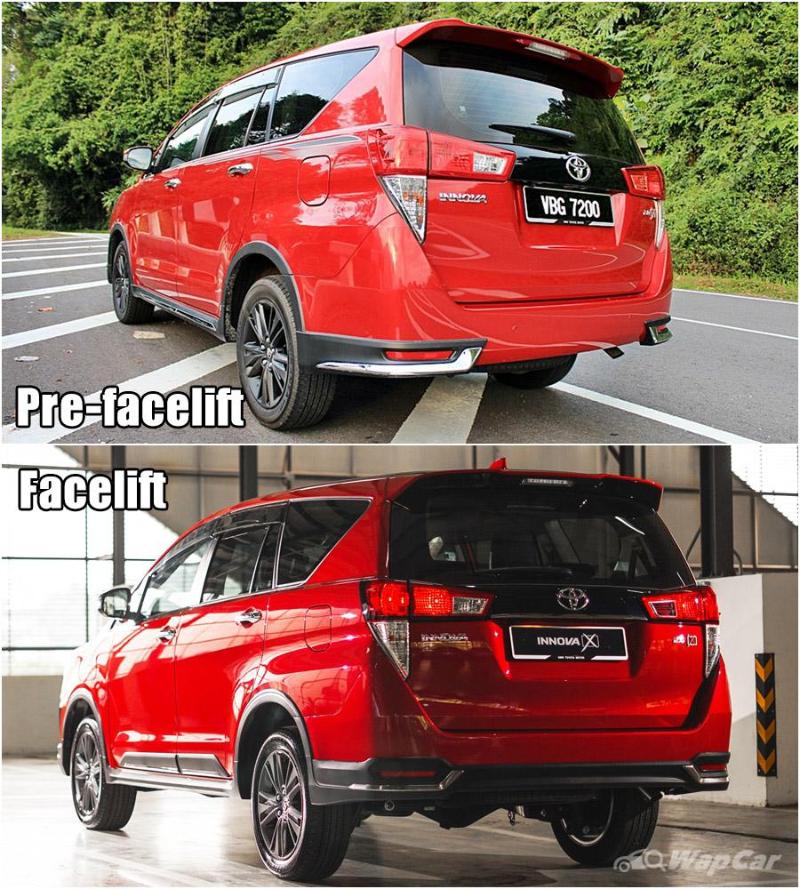 The same can be said for the back too as the facelift’s design is mostly carried over from the pre-facelift. The plastic body cladding now surrounds the whole bottom of the rear on the facelift. 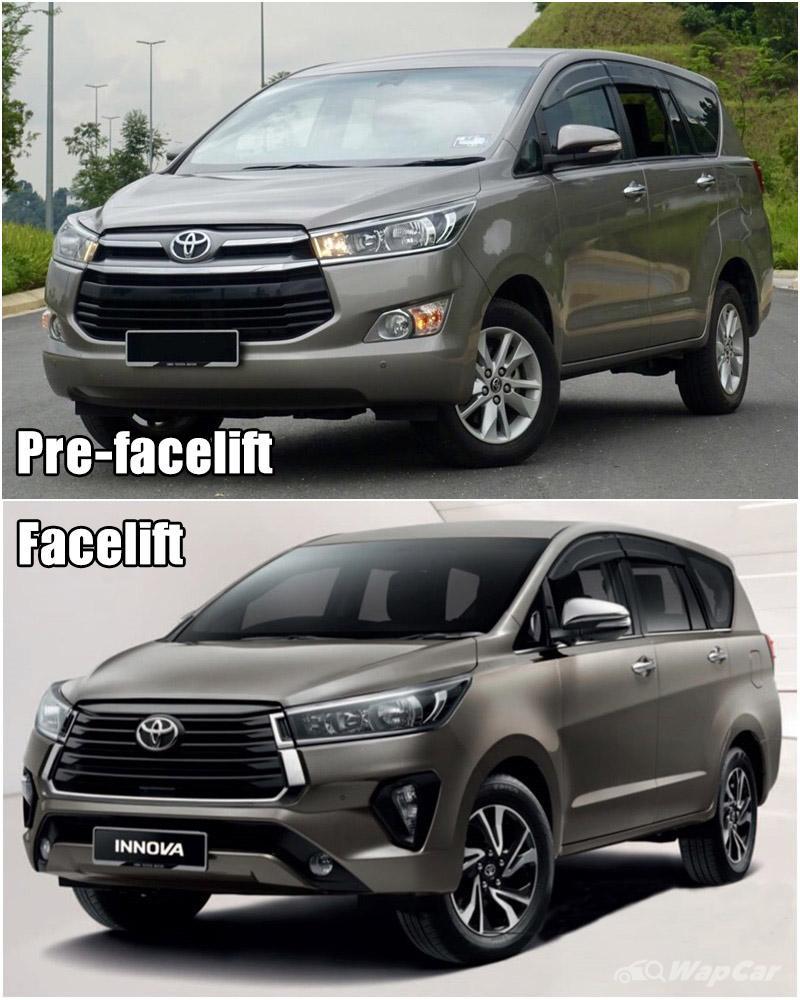 Finally, there is the wheel design. The 2.0 G variant of the Innova facelift receives brand-new two-tone silver and black 16-inch alloy wheels which give a touch of class compared to the pre-facelift’s standard alloy wheel design. 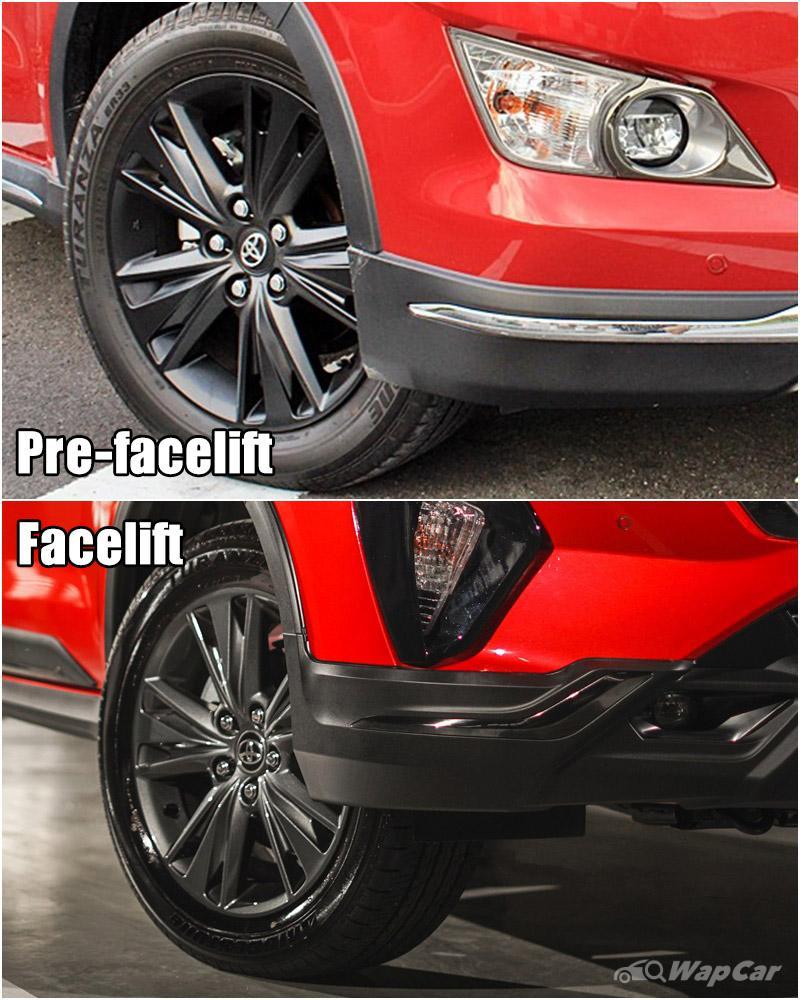 The range-topping 2.0 X, meanwhile, retains the same 17-inch wheel design on the facelift. However, they are now painted in Dark Mica Metallic instead of black.

The interior of the Innova facelift is also largely carried over from the pre-facelift. The captain seat arrangement and leather interior remain on the 2.0 X variant.

Ditto the funky-looking fabric upholstery and 8-seater arrangement on the 2.0 E and 2.0 G variants. 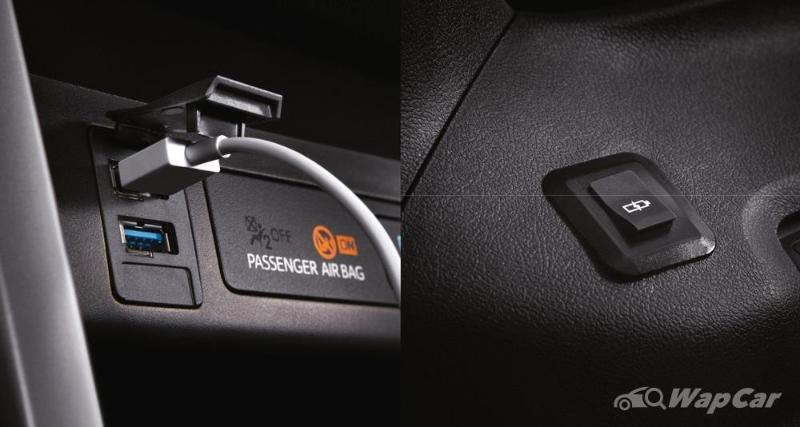 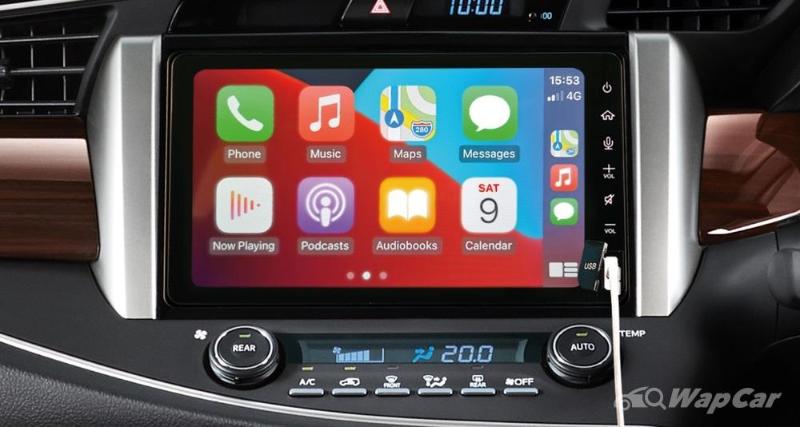 For convenience in smartphone connectivity, the facelift Innova's 9-inch infotainment system now supports Apple CarPlay and Android Auto. Speaking of smartphones, you can also equip the Innova with a wireless charger, albeit as an option on all variants.

When the pre-facelift Innova was launched in Malaysia back in 2016, it came with a 2.0-litre naturally-aspirated 4-cylinder petrol engine (1TR-FE) as the sole engine. This engine produces an output of up to 139 PS and 183 Nm. It also came with a five-speed manual transmission or a six-speed automatic transmission. 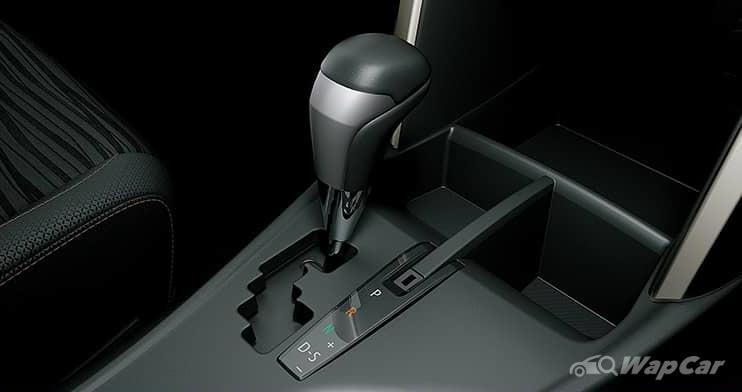 Fast forward five years later to the facelift and while the 1TR-FE unit remains, only the automatic transmission is offered across the three variants.

The pre-facelift Innova was already well-spec in terms of safety with 7 airbags offered as standard along with ESC, ABS with EBD and BA, traction control, and hill-start assist. 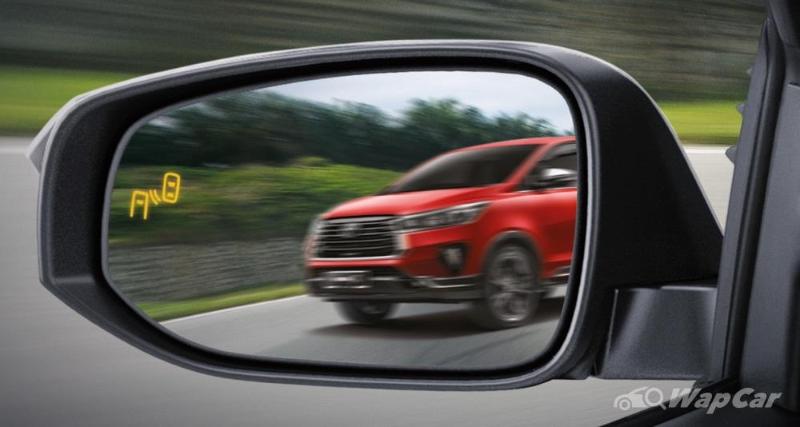 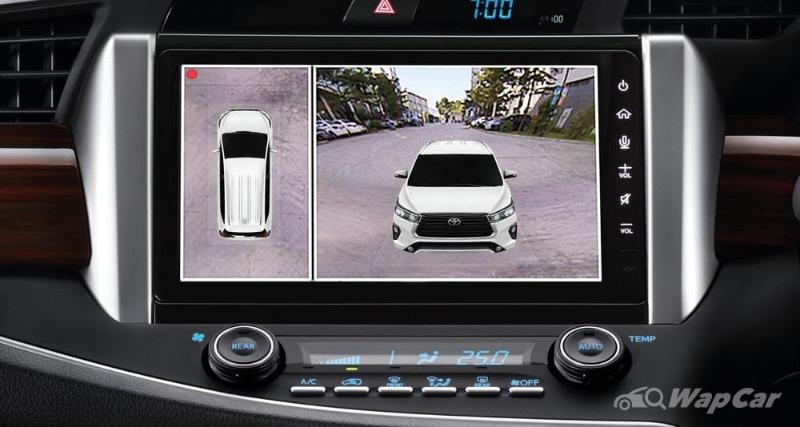 Interesting enough, the BSM and 360-degree PVM are optional on the base E variant, which makes this facelift a win for families looking for a safe MPV. 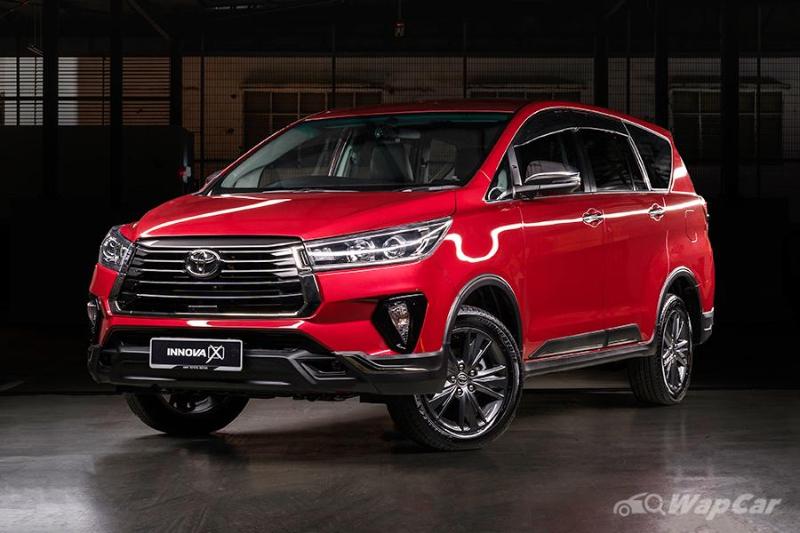 Those are the breakdown comparison between the old and new Innova. If you’re interested, we have a helpful guide on the minimum salary to own this humble MPV.