HomeNewsNext-gen FWD 2023 Toyota Innova rumoured to get CVT, ditches MT and 6-speed AT

Next-gen FWD 2023 Toyota Innova rumoured to get CVT, ditches MT and 6-speed AT

The next-gen Toyota Innova could see a major overhaul underneath as the current generation is looking to be replaced, having been in production since 2015. The AN140 has seen numerous facelifts in the past 7 years but even dinosaurs have their expiry dates.

We expect the all-new third-gen Innova to be launched in 2023, factoring in the typical 8-year model life cycle. We’ve previously reported that the all-new Innova could swap the tried and tested rear-wheel-drive (RWD) layout with a conventional front-wheel-drive (FWD) one courtesy of Toyota’s TNGA platform.

That’s not all though as Indonesian media reported that the all-new Innova could be only offered with one transmission, a CVT automatic gearbox. This was reported by Otodriver which obtained the info from an unnamed source.

Also read: To stay ahead, the 2022 Toyota Avanza needs FWD and CVT

The same source informed the Indo automotive site that the transmission will be offered with two 2.0-litre engines – a conventional petrol unit and a hybrid powertrain. The CVT will be replacing the 6-speed automatic that is available on the current AN140 Innova/Venturer.

There are no further details on what specific engines will be used on the next-gen Innova but Otodriver predicted it could be from the M20A Dynamic Force straight-four family. If this is true, the third-gen 7-seater could be the first model in the region to introduce the 2.0-litre Dynamic Force unit, petrol or hybrid.

Besides, the publication also expected that the CVT gearbox could be similar to the one offered in the Voxy for the petrol unit and the e-CVT from the Chinese-market C-HR Hybrid for the upcoming Innova Hybrid (Innova Hycross?). 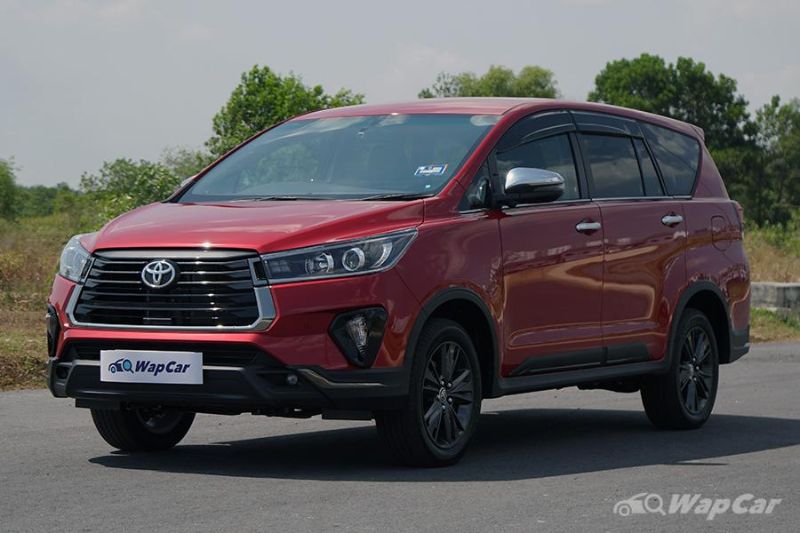 The Toyota Innova is one of the best-selling Toyota models in ASEAN and this next generation could promise a brand-new upscale look for the 7-seater. Just like its little brother, the Avanza/Veloz, the Innova probably needed to adapt to the modern conveniences of FWD and CVT in order to survive.

Also read: Closer look at the Toyota Innova EV Concept previewed at the 2022 IIMS; Up to 300 km range on one charge