HomeNewsNinja King for the new age, the all-new 2021 Toyota Land Cruiser 300 gets rendered

Ninja King for the new age, the all-new 2021 Toyota Land Cruiser 300 gets rendered 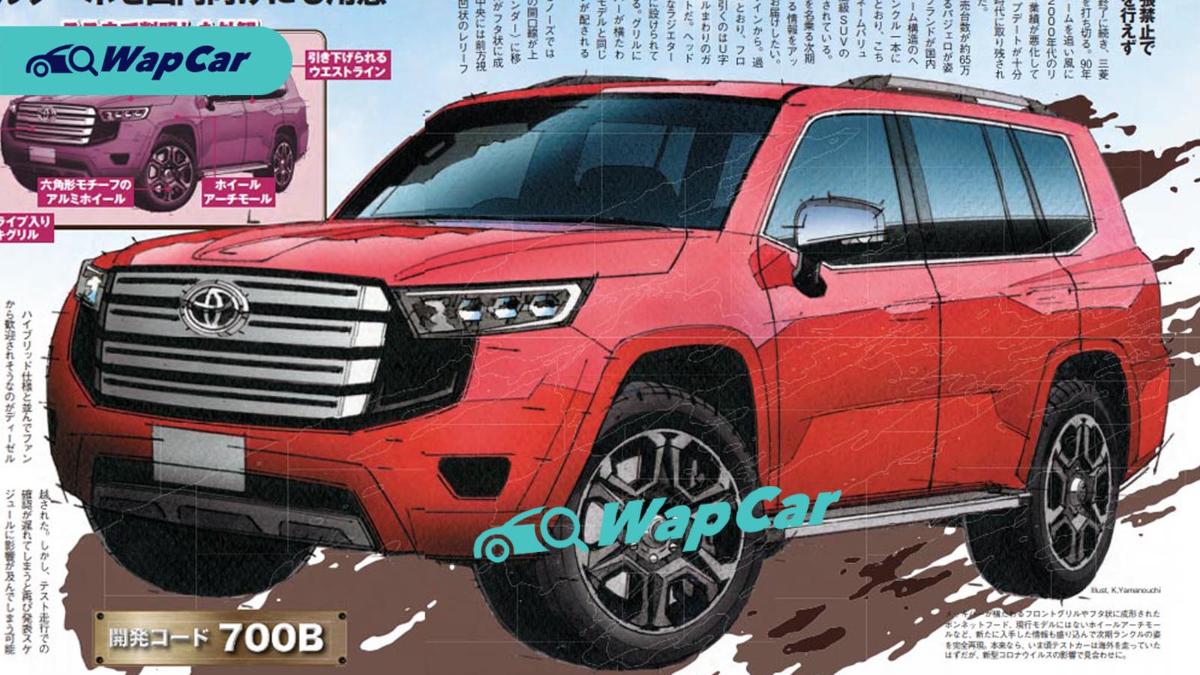 After being on sale for better part of 15 years, Toyota could be introducing the all-new generation Toyota Land Cruiser 300 in April 2021.

Unlike current-generation Toyota models and their “Keen Look” design language, the rendering by Mag-X reveals a more evolutionary design from the current 200-series Land Cruiser. Like other rugged Toyota models, the upcoming Land Cruiser 300 is expected wear a prominent front grille flanked by slim headlights.

According to Japanese sources, the all-new Land Cruiser 300 is expected to be powered by a downsized 3.5-litre turbocharged V6 engine combined with a mild hybrid system. A 3.3-litre turbodiesel could be offered as well.

The Ninja King name may not be very well known in Peninsular Malaysia, but for folks living in Sabah and Sarawak, Ninja King is more well known than the Land Cruiser name.

When it goes on sale some time next year, it will go head-to-head against rivals such as the Mercedes-Benz GLS and BMW X7.