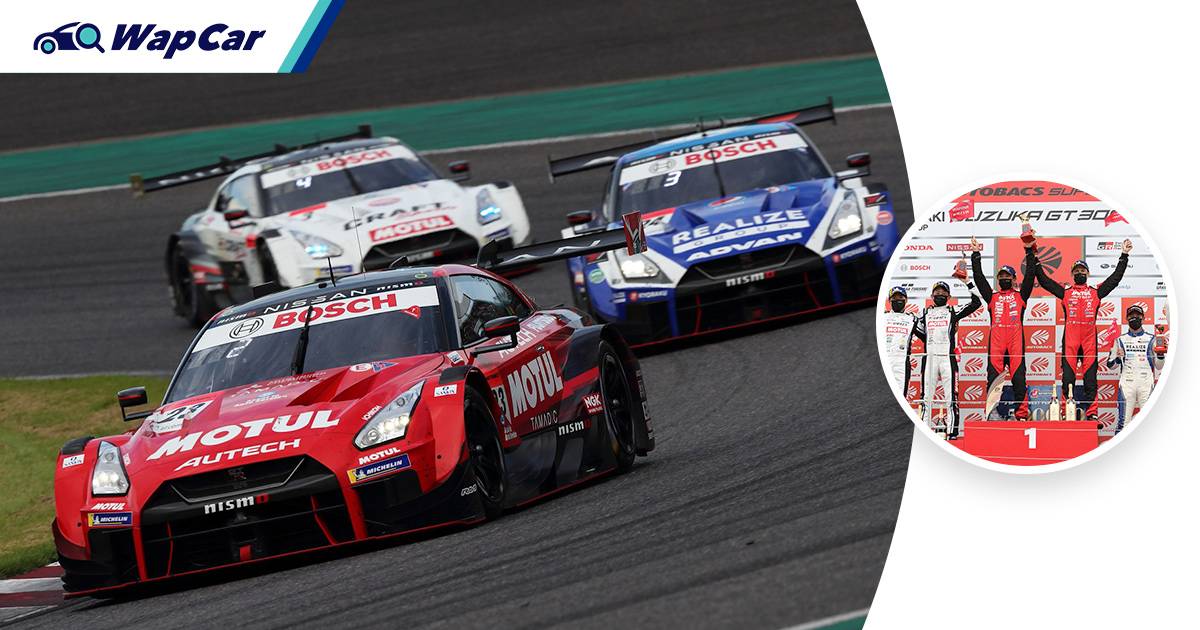 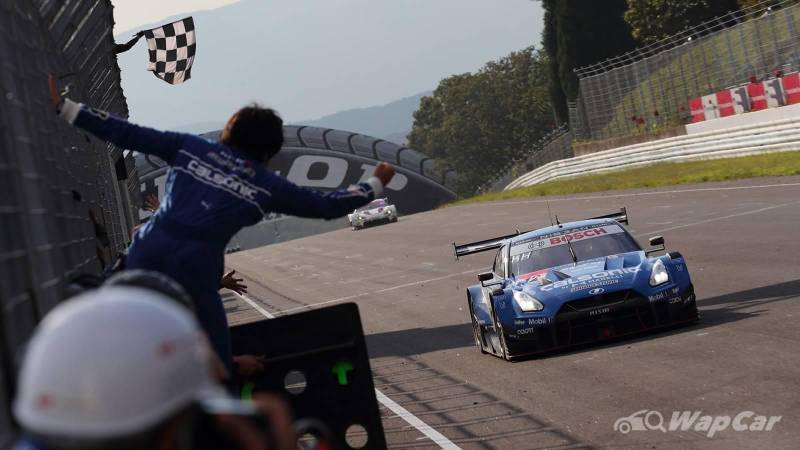 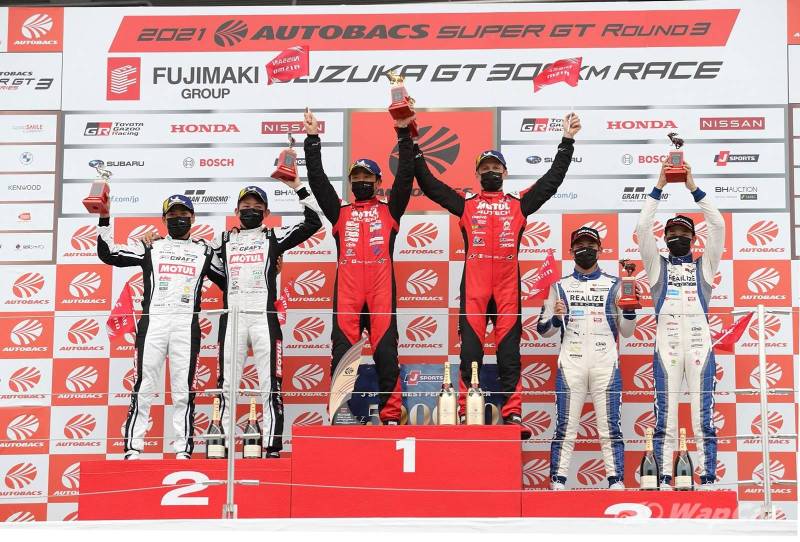 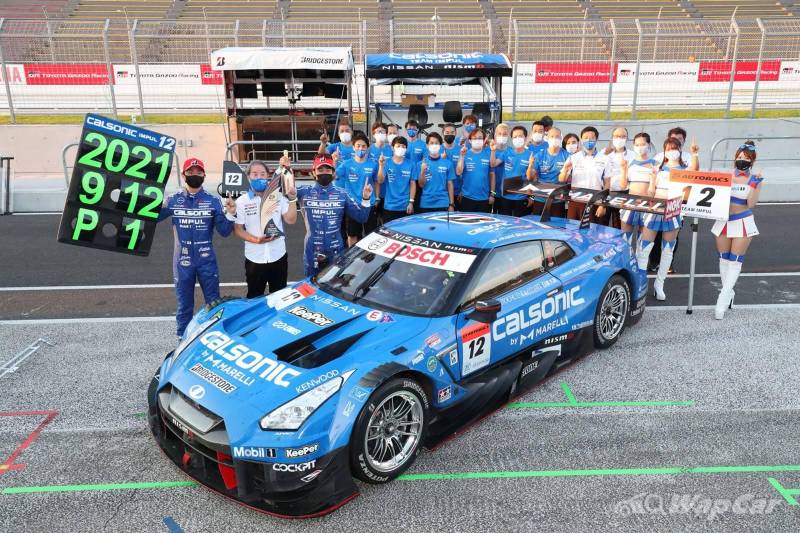 Sportsland Sugo circuit witnessed the Nissan GT-R Nismo car #12 Calsonic Impul pair Kazuki Hiramine and Nobuharu Matsushita clinched their first win in five years, and secured a consecutive win for Nissan this season. Impul founder and team principle Mr Kazuyoshi Hoshino said, “I feel more relieved than happy, it’s been really hard. Up to now, we didn’t get the results and I ‘fired’ myself many times. It feels like I was barely able to survive. I’m really relieved and from now, I will fight with all my strength.”