HomeNewsNissan Z Proto won’t go on sale in Europe, proves that Toyota was right with Supra all along

Nissan Z Proto won’t go on sale in Europe, proves that Toyota was right with Supra all along 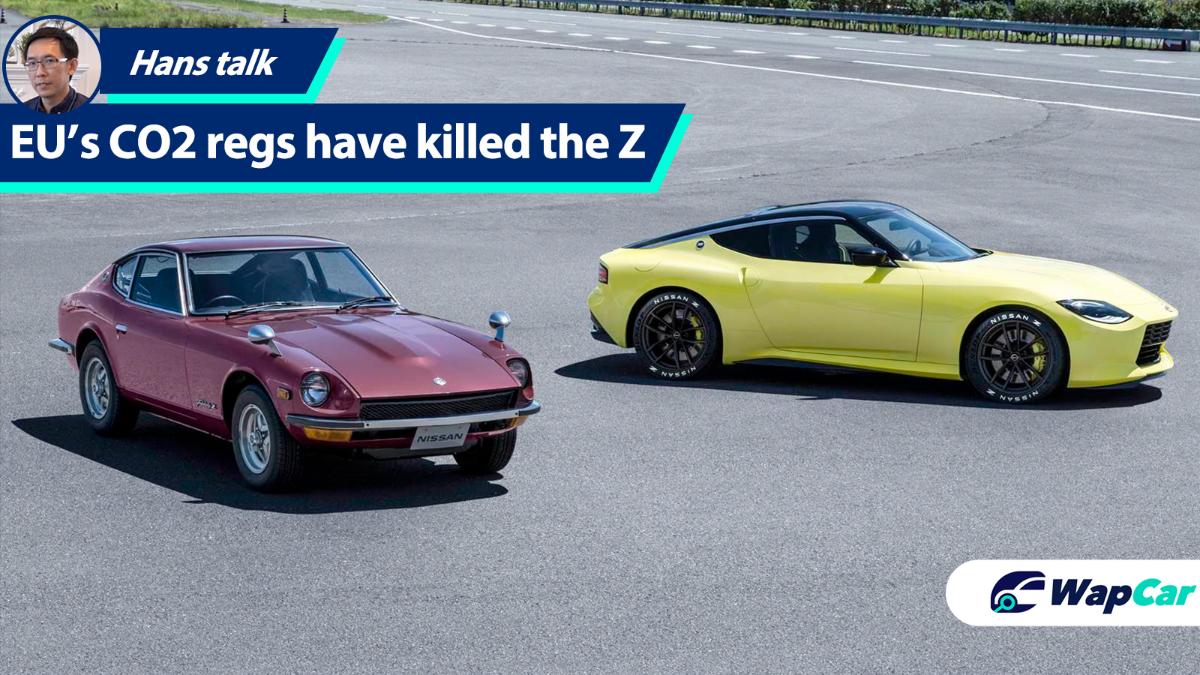 The Nissan Z Proto has won itself many fans and the change in narrative is nice for a company that has been dragged through the mud by the legal tussle involving ex-CEO Carlos Ghosn. 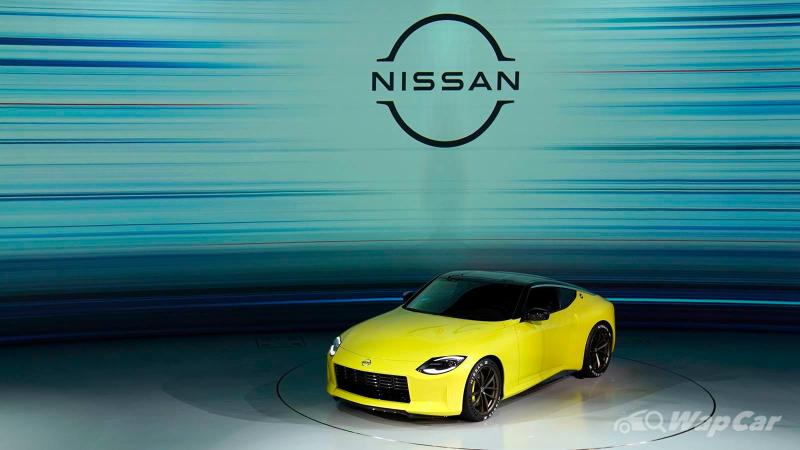 As much as we love the Nissan Z Proto, it is important to remember that the car has yet to enter production but keep your fingers crossed because Nissan has repeatedly mentioned that it is committed to producing the Z Proto. 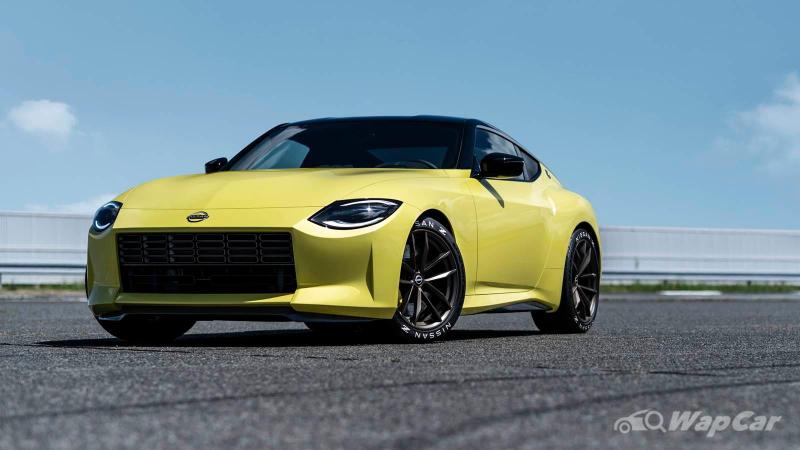 However what many forgot is that the new Nissan Z won’t be launched in Europe, or even the UK. Instead, the Z’s main markets will be Japan and USA. Unlike the Supra, the Z won’t be a global model.

When asked to comment on the reason behind skipping Europe, the spiritual home of sports cars, Nissan told Automotive News Europe, "A shrinking European sports cars market and specific regulations on emissions mean that Nissan was unable to build a viable business case for the introduction of the production version of the next generation Z car in Europe." 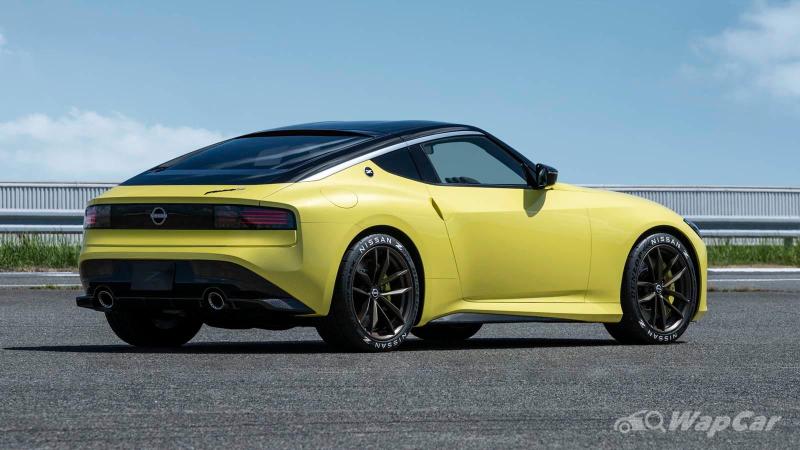 Nissan also added that instead of a new Z sports car, Nissan’s priority for Europe are SUVs and electrified vehicles (hybrids and battery electric vehicles).

Data from Jato Dynamics also show that the market for non-premium coupes and convertibles in Europe fell 72 percent to just 8,498 sales in the first half of 2020, contracting far more than the total industry’s 39 percent drop due to Covid-19. 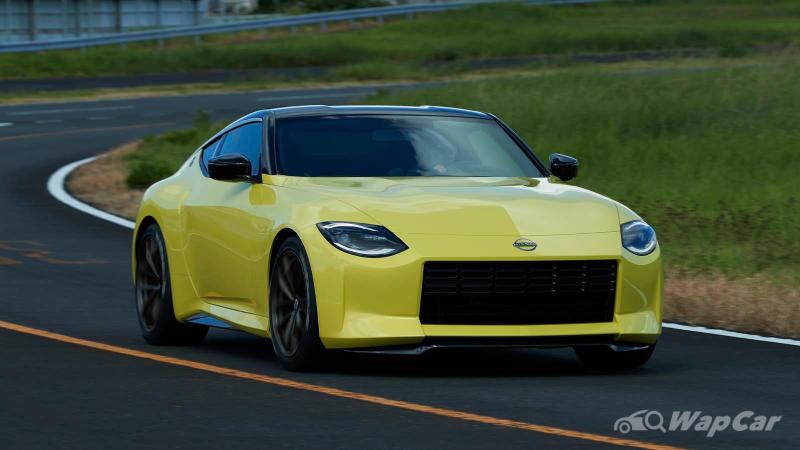 For a region that’s known for its picturesque roads and historic circuits where sports cars were honed, Europe’s falling out of love with sports cars is both shocking but yet understandable.

The decision that Nissan has to make for the Z is one that many in the automotive industry was expecting to come true, but perhaps not so soon. 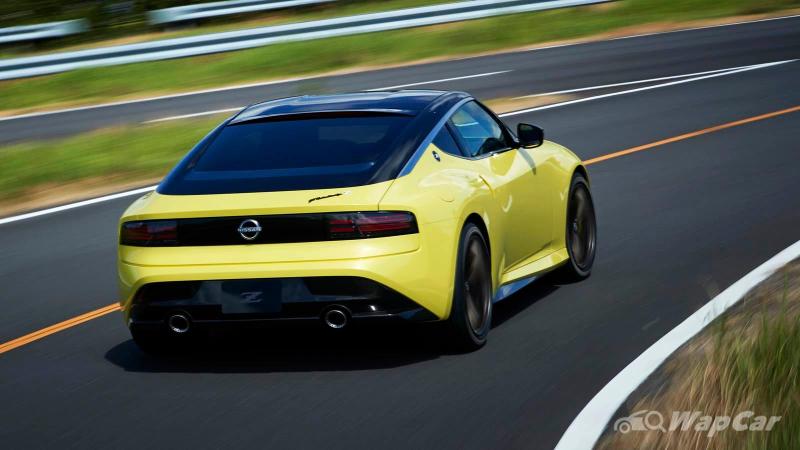 Dieselgate, coupled with Wall Street’s infatuation with EV startups and driverless cars, as well as China throwing its muscle behind battery technology has accelerated the demise of traditional combustion engine, back to basics rear-wheel drive, manual transmission sports cars.

It doesn’t matter how rich you are, you have to depend on your luck in the municipal office’s monthly lottery-format lucky draw to determine if you are going to get your Porsche 911 this month, or next month, or the next 6 months, or next year, you never know.

Plug-in hybrids and electric vehicles stand higher chances, and in certain cities, there is no cap for such cars. Do you think a wealthy buyer is going to wait for a 911 when he/she can register a Taycan immediately? 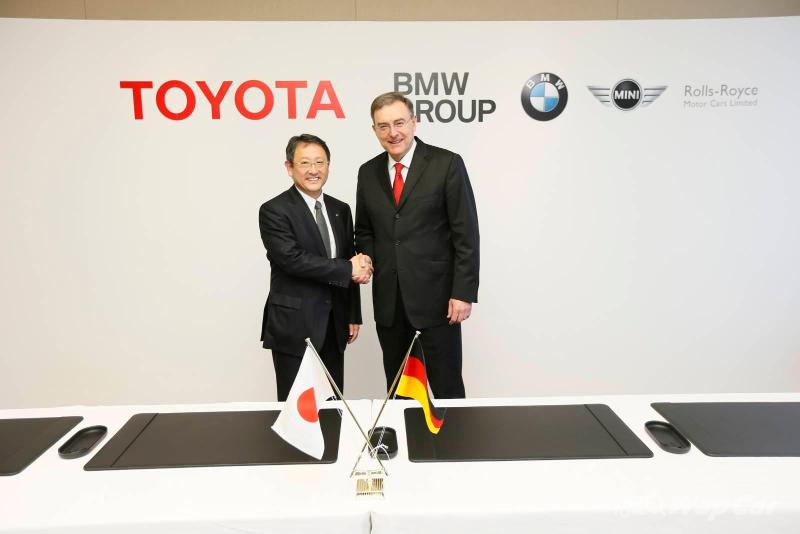 Toyota predicted all these to happen way back in 2012, when it announced its partnership with BMW to develop a sports car that will sit above the Toyota 86, itself a car that was only possible because Subaru was willing to share the development cost.

Toyota was betting that the EU will tighten emission regulations further by the next decade and President Akio Toyoda was in a race against time to get the Supra out before that happens but few understand the predicament. To develop a new platform and inline 6-cylinder engine on its own would take too long. 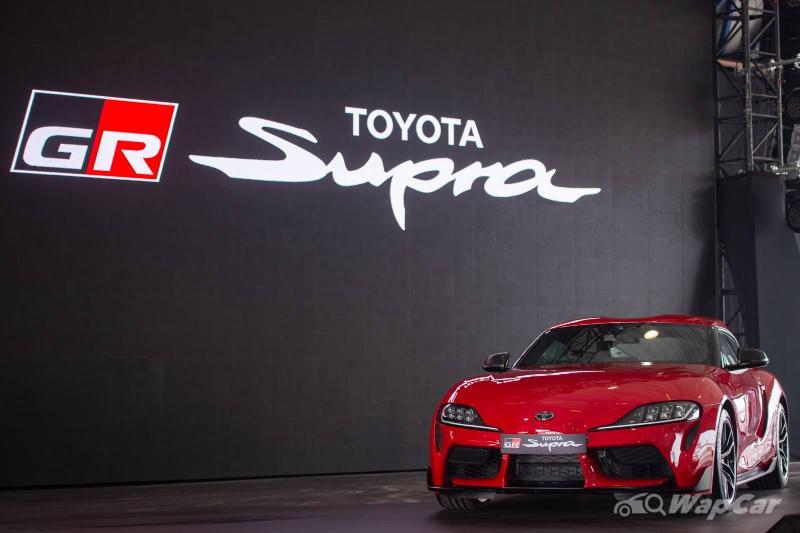 Toyota has a strong history of making very accurate predictions and betting on the right strategic path.

Its decision to bet on hybrids nearly 25 years ago is now proven to be correct. When the Prius first came out, everyone said clean diesels were just as good and cheaper. I remember way back in 2008, a Toyota engineer was asked on why the company is betting on hybrids when European car makers were able to deliver similar, if not better economy with diesels.

He merely laughed at the question and answered nonchalantly, “It’s because of NOx emissions. You will see soon.”

His “You will see soon” prophecy came true seven years later, when Dieselgate blew. Governments had to make an example out of VW but Daimler, BMW, Fiat, and Renault were later revealed to be guilty of the same charge and were also fined.

It was the pivot that pushed European manufacturers to abandon diesels.

In 2019, as a knee-jerk reaction against Dieselgate, the European Union announced a new regulation that starting 2021, car companies must meet a fleet-wide average CO2 emissions not exceeding 95 g//km. Companies that exceed their given target will be fined 95 Euros for each gram over the limit, multiplied by the number of cars sold.

In other words, the sale of every Supra will have to be offset by say…three Toyota Yaris Hybrids, something like that. 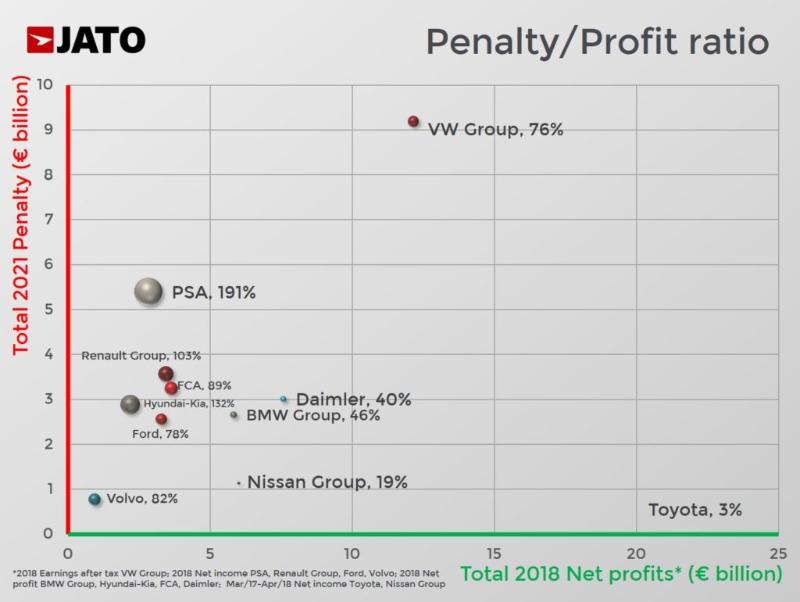 Current estimates suggests that Toyota will sail through the post-2021 regulations almost unharmed, thanks to its early investment in hybrids, but German car makers are in big trouble.

When the Toyota Supra was launched, executive chief engineer Tetsuya Tada, the man who was also responsible for the Toyota 86/Subaru BRZ said:

“Looking at the current automotive industry, the talk is all about autonomous driving, electrification and artificial intelligence. What that’s doing is giving rise to a lot of strict regulations, and that limits our capacity to make emotional sports cars; it’s getting much more difficult to do that. So for the fifth point (he was explaining 5 points that fans should know), I think the new Supra will be the last present from Toyota to those who enjoy hearing the pleasing sound of a pure petrol engine at high revs.” 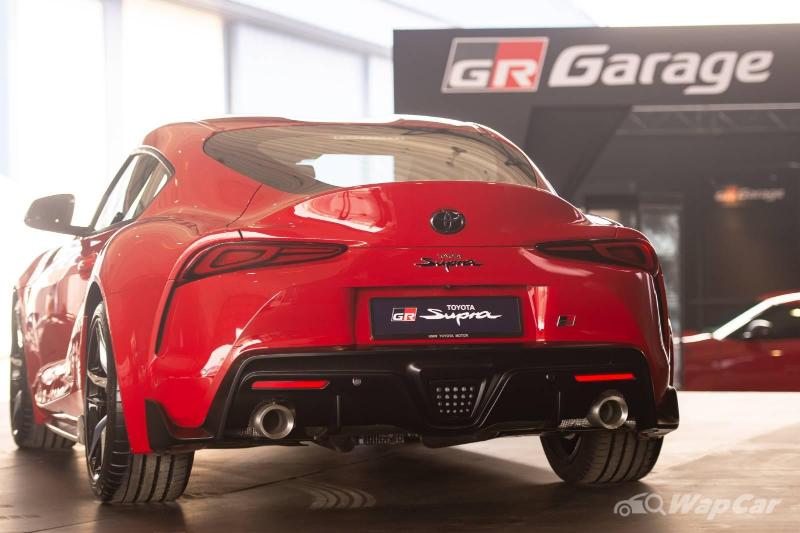 The current Toyota Supra, for all its criticisms of its BMW lineage, is as close as we can get to sports car as we know it today, even if it doesn’t have a manual transmission.

It’s either that, or we won’t get anything at all. After 2021, it will no longer be possible to produce such cars anymore. 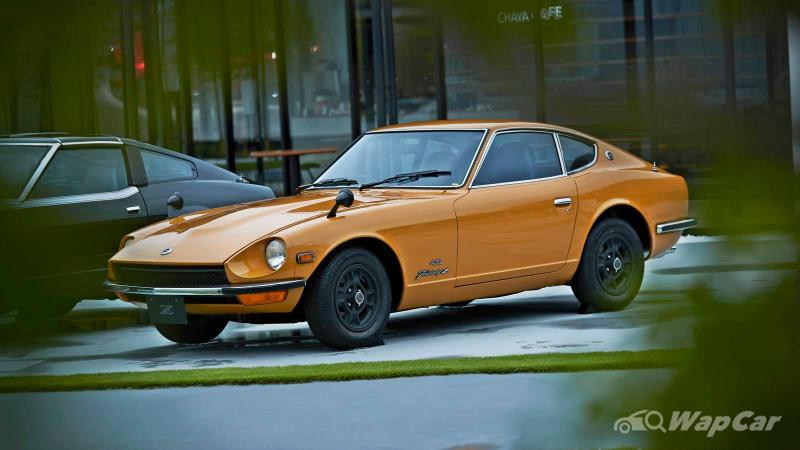 The sports car market has evolved into one that’s heavily concentrated at the upper-end, the hyper cars and super cars.

The reason is simple – the people who complain that there are no more affordable manual transmission, rear-wheel drive cars don’t buy new cars anyway. They buy used cars but expect manufacturers to continue to make pander to their demands as if the calendar is stuck in year 1990. 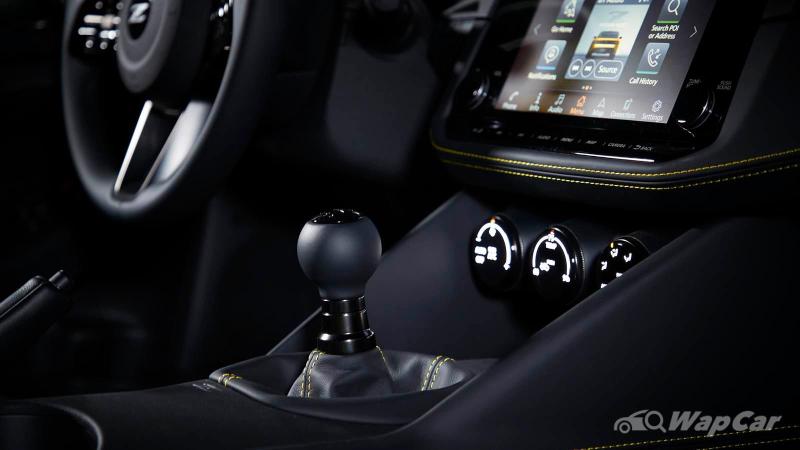 Those who are still buying sports cars today, care more about bragging rights than actual driving pleasure, which explains why Nurburgring lap times, four-figure horsepower, and a prestigious badge are now the purchase reasons for this segment.

To make the new Z work, Nissan has confirmed that it will have to recycle an existing platform, as it doesn’t have the money to develop a new platform just for the Z.

In other words, the new Z is essentially a reskinned 370Z. Just how competitive it will be with a 20-year old FM platform, which dates back to the 2001 Infiniti G35? On the upside, it will allow Nissan to price the Z lower than the Supra. That’s a very acceptable trade-off. 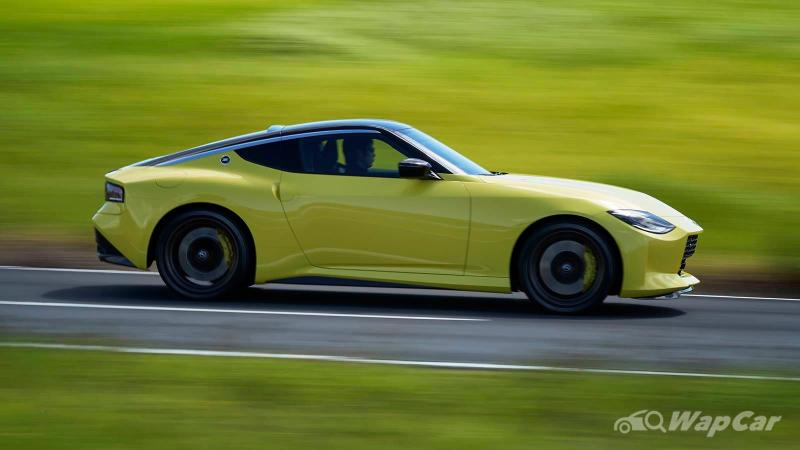 Which is why we look forward to the new Nissan Z. Whatever the outcome is, we want to applaud Nissan for being brave enough to push the project through. Financially, the Z can’t be expected to make a lot of money for Nissan but they did it anyway, so enthusiasts should cut Nissan some slack if there are any shortcomings with the Z. 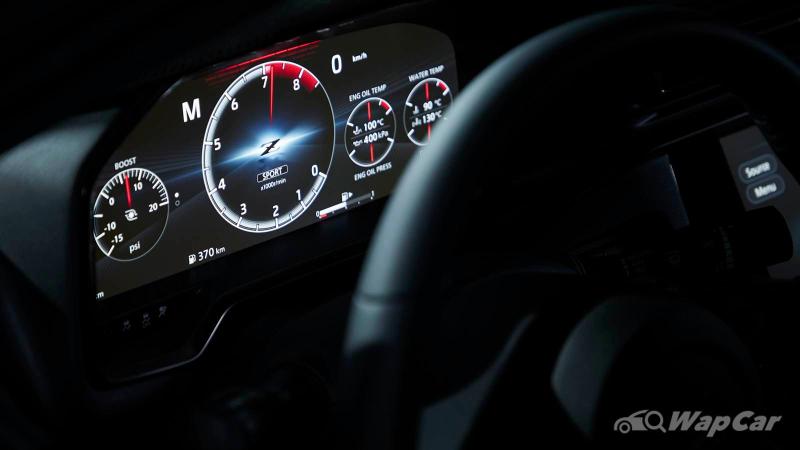 If car enthusiasts want to see more of such cars, they should put their money where their mouth (or keyboard-typing fingers) is. Maybe then, car companies will pay a bit more attention to enthusiasts.