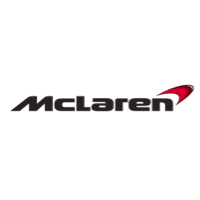 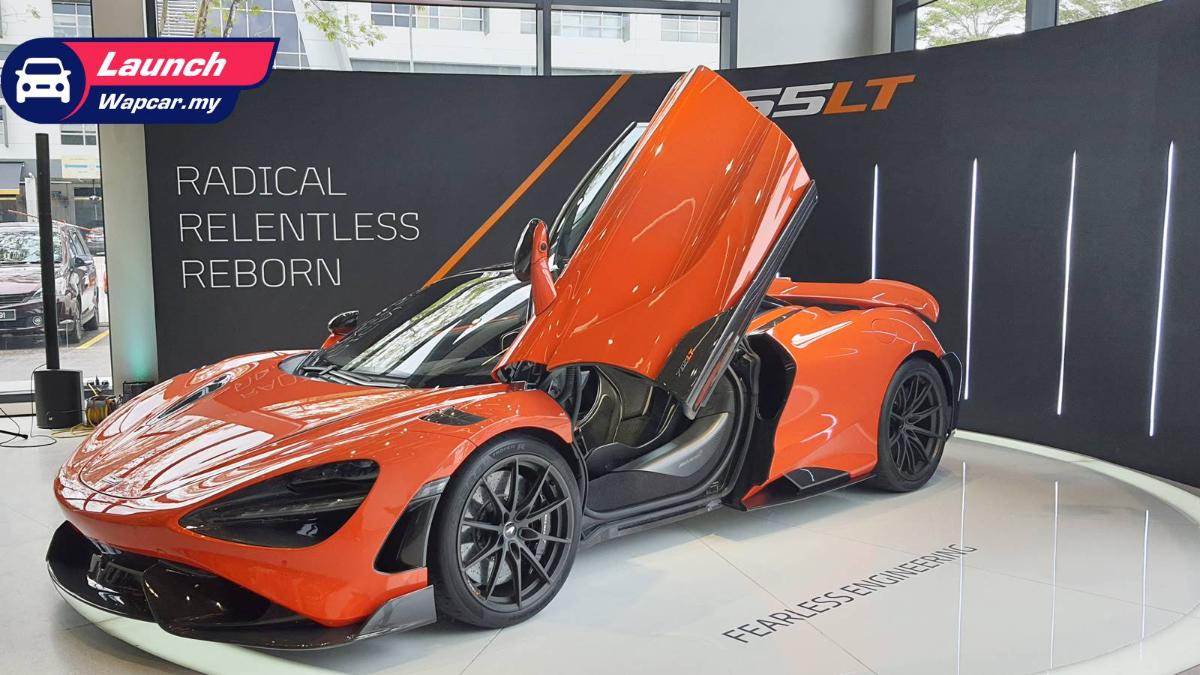 Like what you see? This is the fire-breathing, carbon-fibre-clad 2021 McLaren 765LT, unveiled today at McLaren Kuala Lumpur. 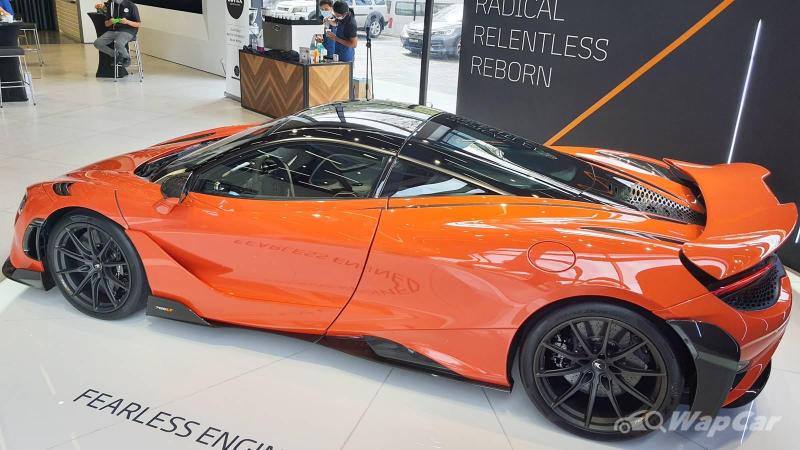 Let's get right down to it because this is as no-nonsense as it gets. The good people of Woking took a tame 720S, elongated it, added expensive go-faster bits and pieces from their Formula 1 and flagship road cars to create this beast. 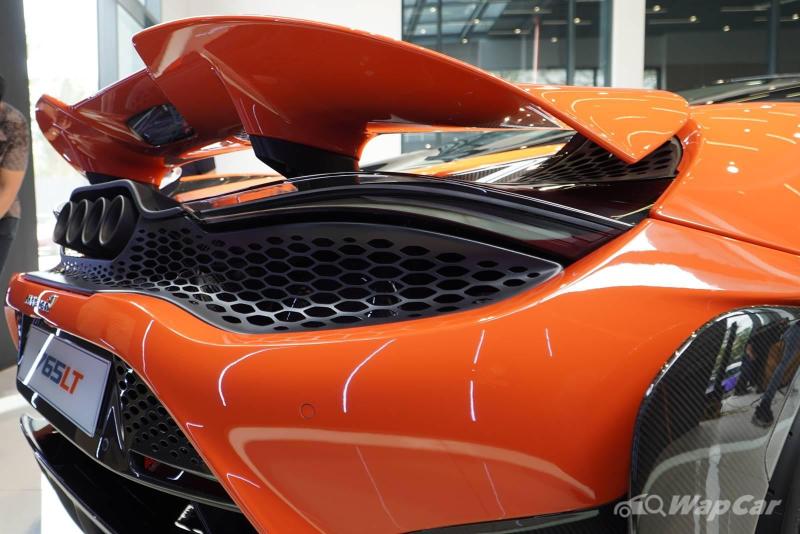 It's a 45 PS bump in power compared to the 720S, thanks to the fuel pump, pistons and head gasket transplanted from the ultra-advanced McLaren Senna. 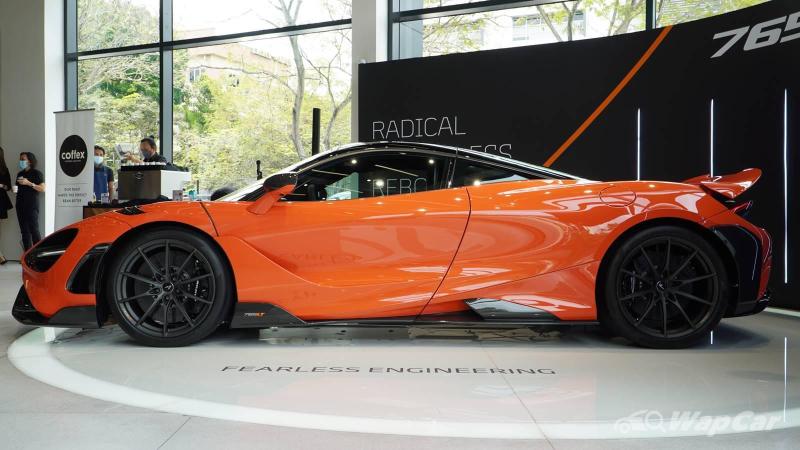 Done picking your jaw from the floor? Focus, we're going in deep.

Mated to the turbocharged engine is a 7-speed Sequential Shift Gearbox (SSG), and in true McLaren style, power is sent exclusively to the rear wheels for butt-clenching slip-slidey moments. 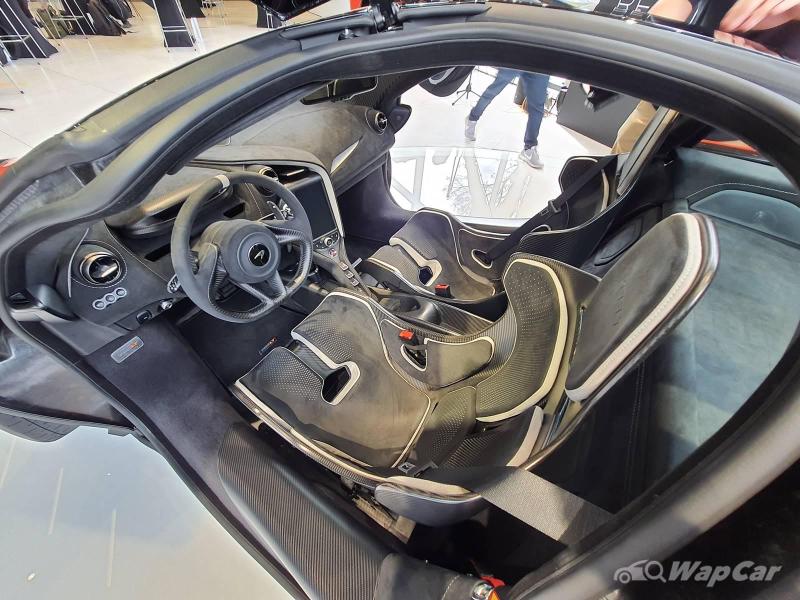 Every panel is carbon-fibre, the seats are taken from the Senna and Pirelli Trofeo Rs now hug new lightweight, forged-alloy 10-spoke wheels that come with titanium wheel nuts to shave off a few extra grams.

Speaking of nuts, things like the rear windscreen and rear quarter windows are polycarbonate (plastic), and there's thinner glass for the windscreen and windows.

Forget carpets, armrests and even air-conditioning - those aren't here.

McLaren packed all sorts of devils in the 765LT's little details in order to do one thing and one thing only - go fast.

It's 5 mm lower and 6 mm wider in front and boasts 11 percent stiffer spring rates front and rear, courtesy of a refined version of the 720S' Proactive Chassis Control II setup. 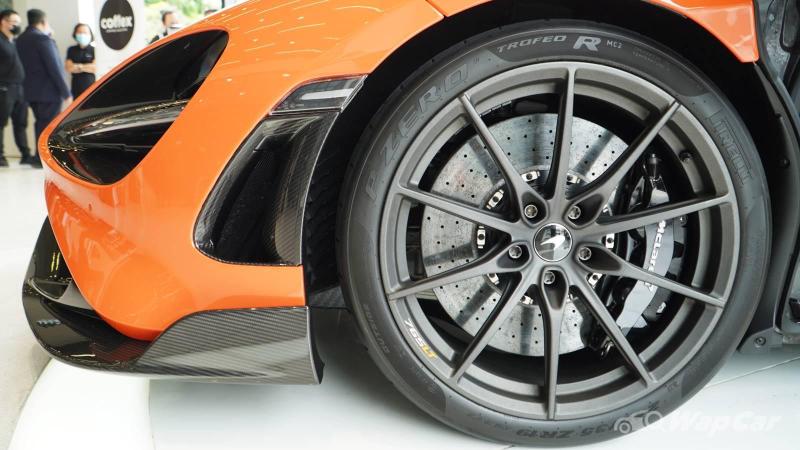 Track-ready carbon-ceramic discs paired to calipers from the Senna will slam you to a standstill from 200 km/h in just 110 meters.

All the slats, cuts and curves ensure that this dihedral-doored beauty produces 25 percent more downforce than the 720S.

Oh and of course we didn't forget - you won't notice the lack of radio thanks to the 'LT soundtrack'. 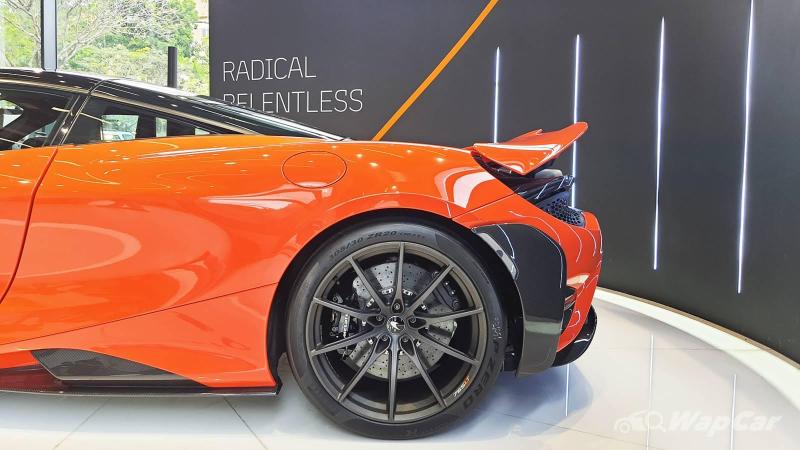 It's desirable, no doubt about that. But your next best shot at one is a used unit.

Starting at RM 1.5 million (without taxes), only 10 out of the 765-unit run will make it to Malaysia - and all have been accounted for. Tough luck, eh? 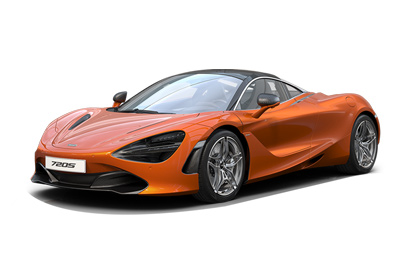