Home > News > No dine-ins at restaurants, but nobody said you can’t dine in your car

No dine-ins at restaurants, but nobody said you can’t dine in your car 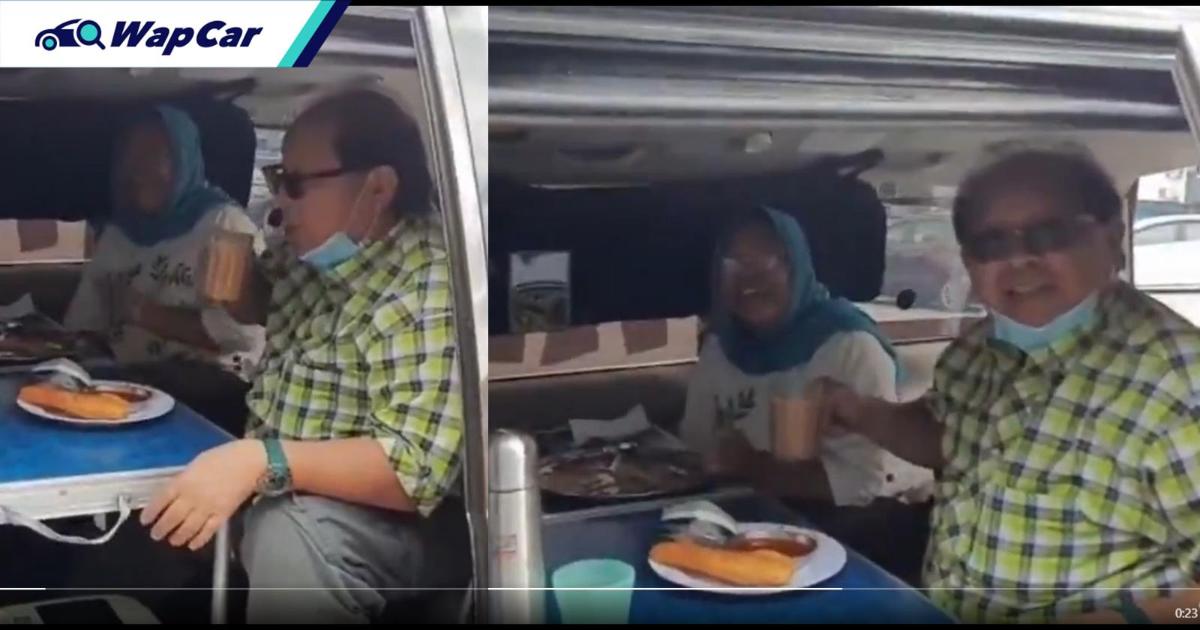 Now that MCO is in effect in the entire country except for Sarawak, restaurants have been forced to operate via a takeaway and food delivery basis as no dine-ins are allowed, much to the dismay of foodies. But this uncle and auntie have come up with a brilliant idea to overcome the no dine-in rule by setting up a dining area in his car!

In a video originally uploaded on TikTok, a user was happily explaining that since no dine-ins are allowed, this uncle has come up with a brilliant plan by setting up camping tables complete with disposable plates and a thermos in his MPV to enjoy his food freshly cooked from the mamak nearby.

This idea would be a good solution for fussy eaters who prefers eating food fresh off the wok and finds that food that has travelled a distance before being consumed just doesn’t give the same taste!

For now, the National Security Council (MKN) has announced that they will be reviewing the 8 pm closing time of all eateries in Malaysia during MCO.