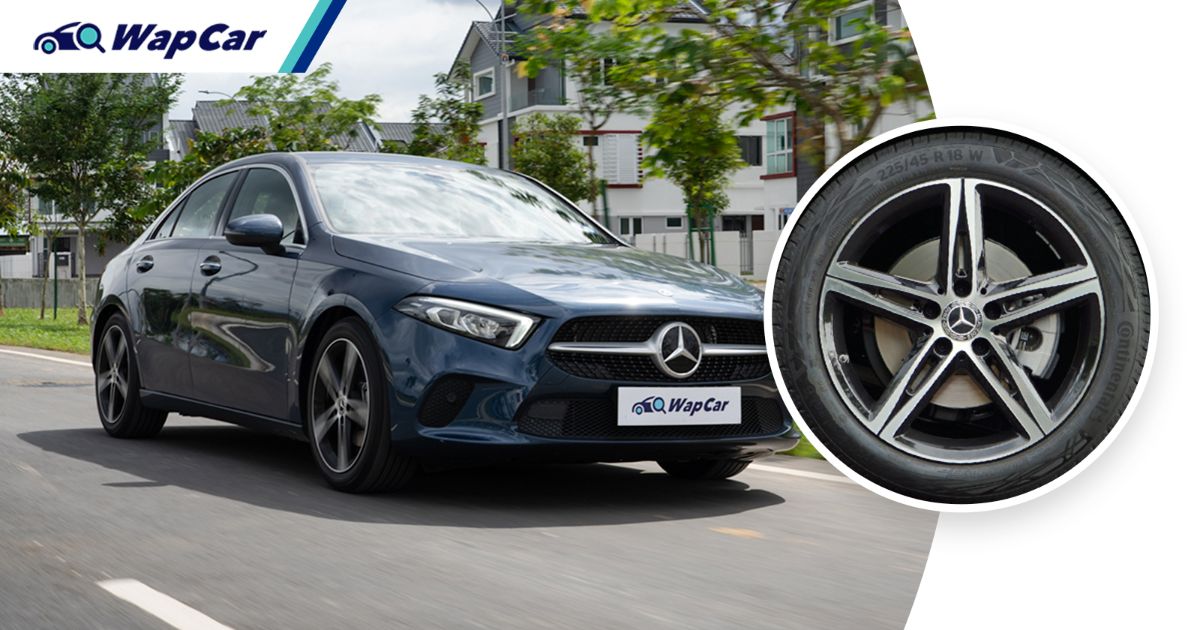 A little over two months ago, the locally-assembled (CKD) Mercedes-Benz A-Class Sedan was launched in Malaysia with two variants, A200 and A250. The former is priced at RM 210,902 (OTR without insurance and SST), making it the most affordable Mercedes-Benz model in Malaysia. 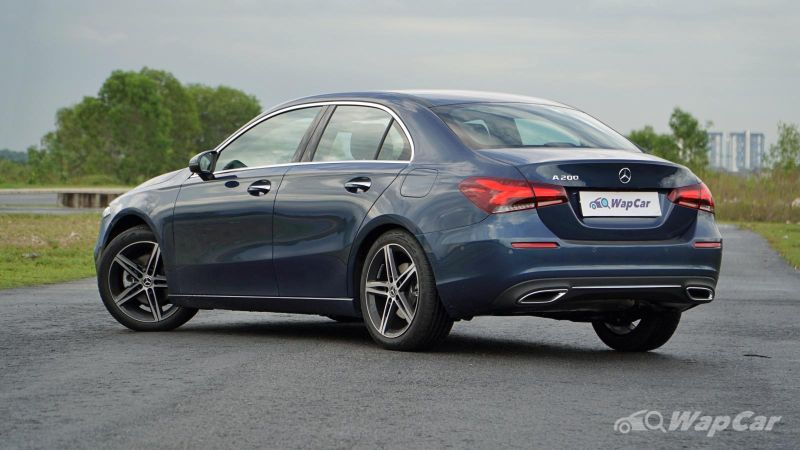 Previously, the fully-imported (CBU) A200 Sedan was sold at RM 222,121, which marks a reduction in price of about RM 11k. While the differences between the CKD A-Class Sedan and its CBU counterpart are relatively minor, there are a few interesting features that have been added and omitted. 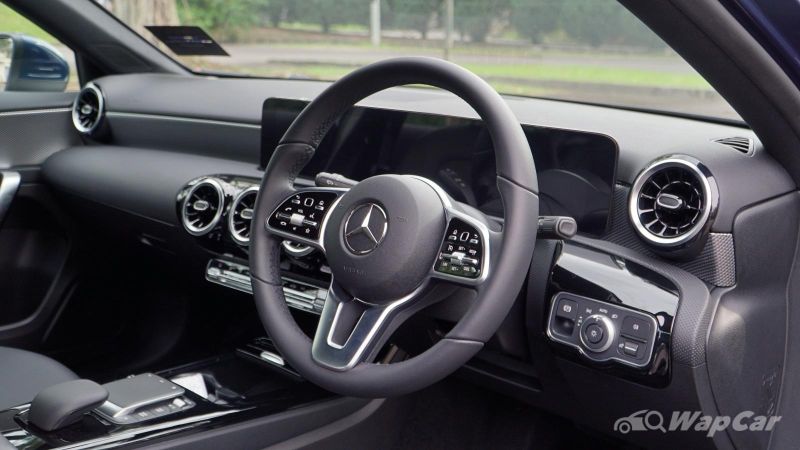 What's new with the CKD Mercedes-Benz A200 Sedan? 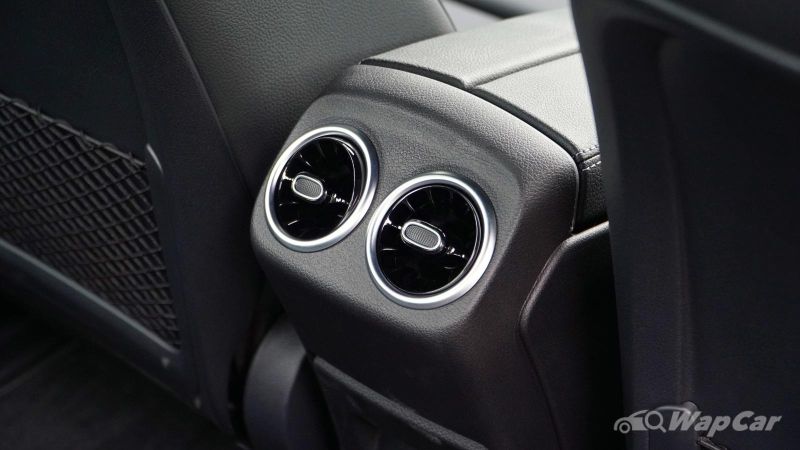 The flipside is the CKD A200 loses out on interior ambient lighting and powered seat for the front passenger. Also, the run-flat tyres that was on the CBU model have been replaced by standard ones. There’s no spare wheel, but there’s a tyre puncture kit. 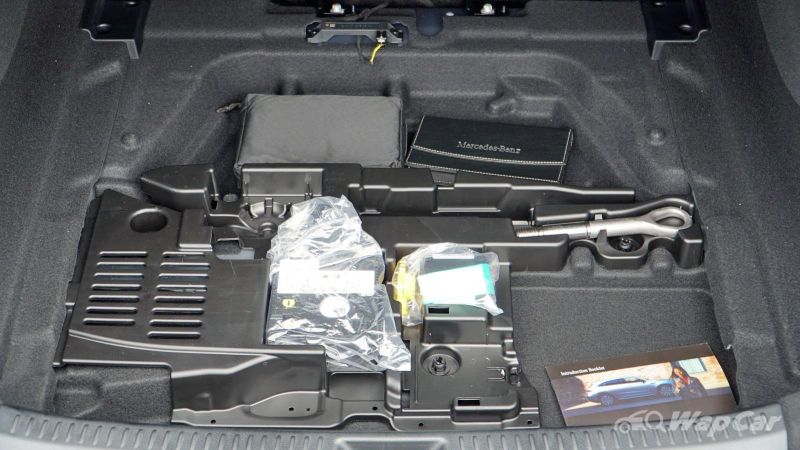 What was the point of run-flat tyres then?

Now, the main benefit of using run-flat tyres is that you don't have to change your tyre at the side of the road should you get a puncture. It essentially widens the window for you to drive your car to a safe location.

However, many have argued against the merits of run-flat tyres by pointing out the higher replacement cost, reduced treadwear, poorer ride comfort, and less on-shelf availability. 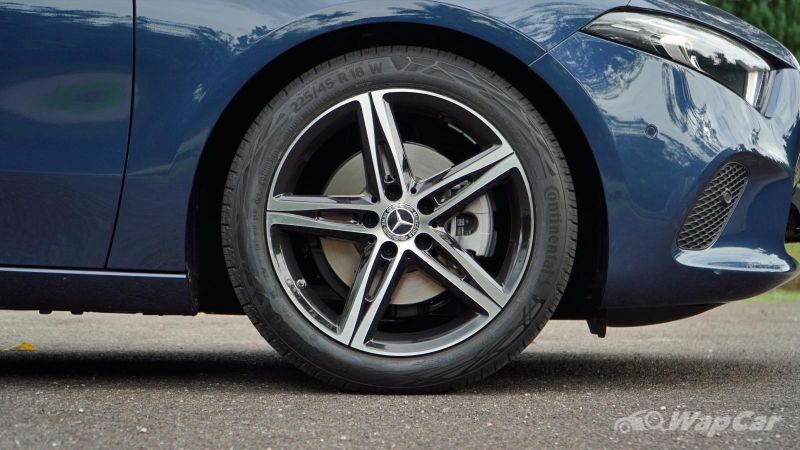 Depending on tyre brand and size, it’s not surprising to find out that the run-flat equivalents cost RM 300 to RM 400 higher per piece, maybe even more. A replacement of four pieces and you’re easily looking at a four-figure price premium over regular tyres. 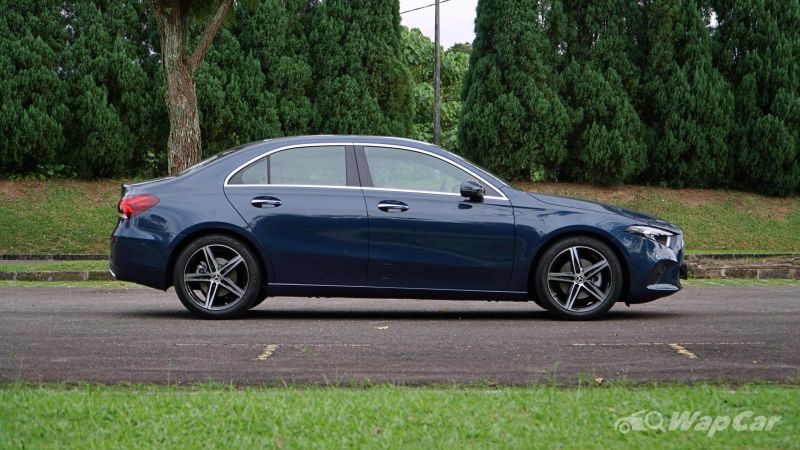 The stiff sidewall that’s able to support the car’s weight in an air-loss condition also results in harsher ride quality. Although it’s worth pointing out that modern run-flat tyres have improved in this aspect and carmakers that offer run-flat tyres usually calibrates the suspension to mitigate the harshness. 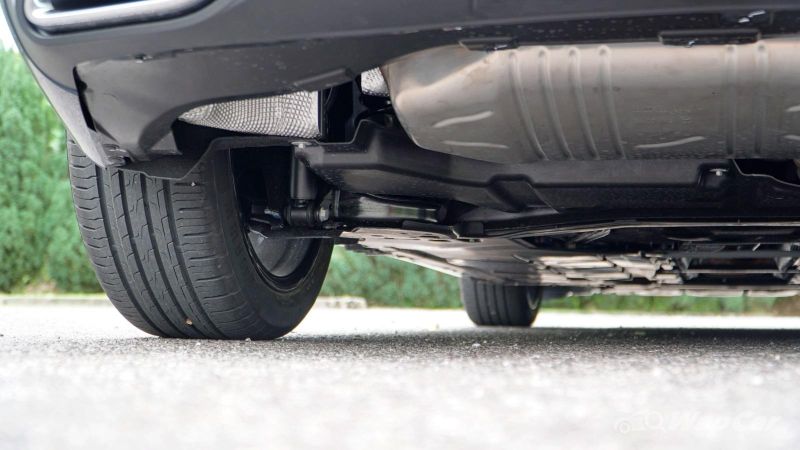 Some have theorised that soft compound, which has reduced treadwear, is used by tyre makers to counter the firm ride. Regardless, it’s commonly reported by owners that run-flat tyres wear out quicker than conventional tyres. Plus, tyre shops rarely carry run-flat tyres in their inventory, which means you’d have to put in an order and wait for the arrival. 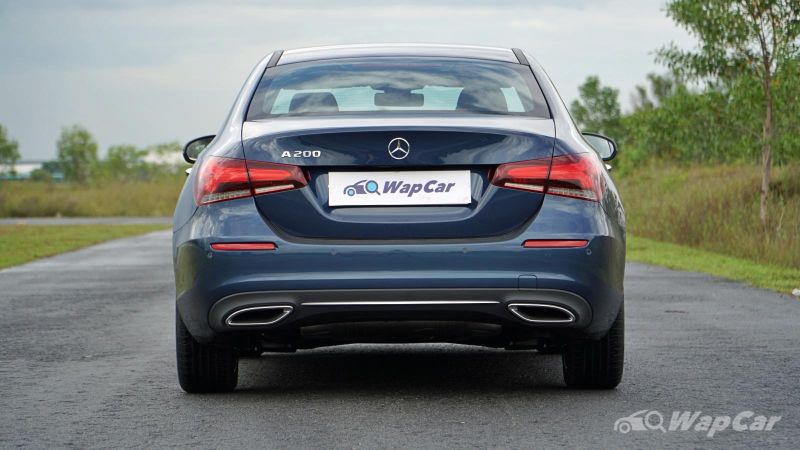 Having said all that, run-flat tyres could save you a world of pain if the misfortune of a puncture does happen. You won’t be stranded on the side of a highway, attempting to change the punctured tyre. And we don’t have to reiterate how dangerous it is to do so.

So, is taking away the run-flat tyres in the Mercedes-Benz A200 Sedan a good move? Well, do let us know in the comments section. 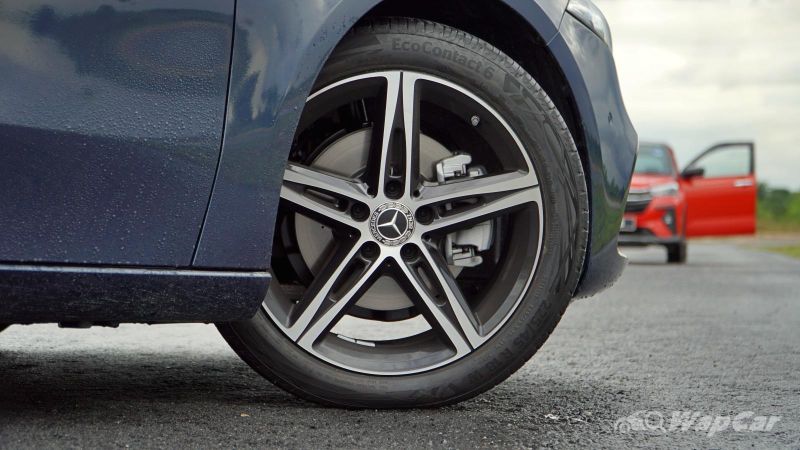 In the past decade of driving, this writer has had his fair share of tyre punctures. However, none of them required changing the wheels. Most were nails or screws that resulted in slow leaks, and were usually caught before the tyre has gone flat.

For the rare instances in which the punctured tyre went flat overnight, I used a portable tyre compressor to temporarily reinflate the flat tyre, and it was sufficient to reach the nearest tyre shop. 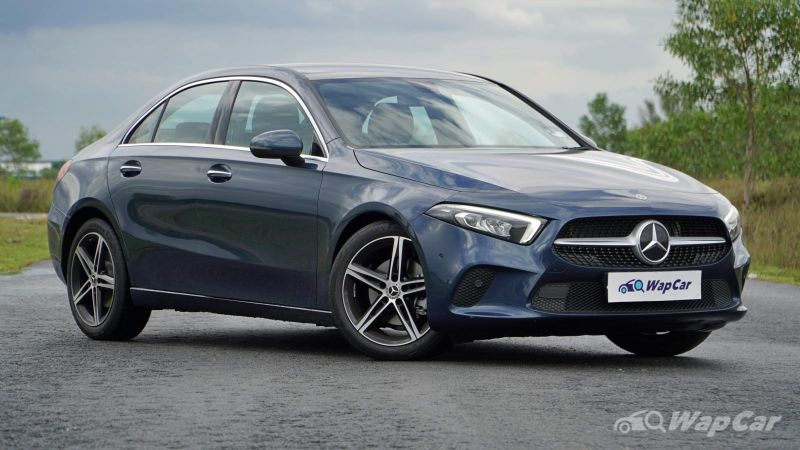 Run-flat tyres would’ve even saved the trouble of reinflating, but doing so may result in internal structure damage to the sidewalls after being driven in zero pressure condition. Which would then require a replacement instead of a simple tyre plug.

Personally, I think the replacing run-flat tyres with conventional ones in the Mercedes-Benz A200 Sedan is a good move because to me, it’s not worth the trade-off for cost and ride comfort. If stranded with a puncture on the highway, there’s always the tow truck.

Also read: Here's why having a spare wheel won't do you much good