HomeNewsNot just in Cambodia, Taiwan also has a Toyota Camry Hybrid taxi with 500k km on the clock

Not just in Cambodia, Taiwan also has a Toyota Camry Hybrid taxi with 500k km on the clock 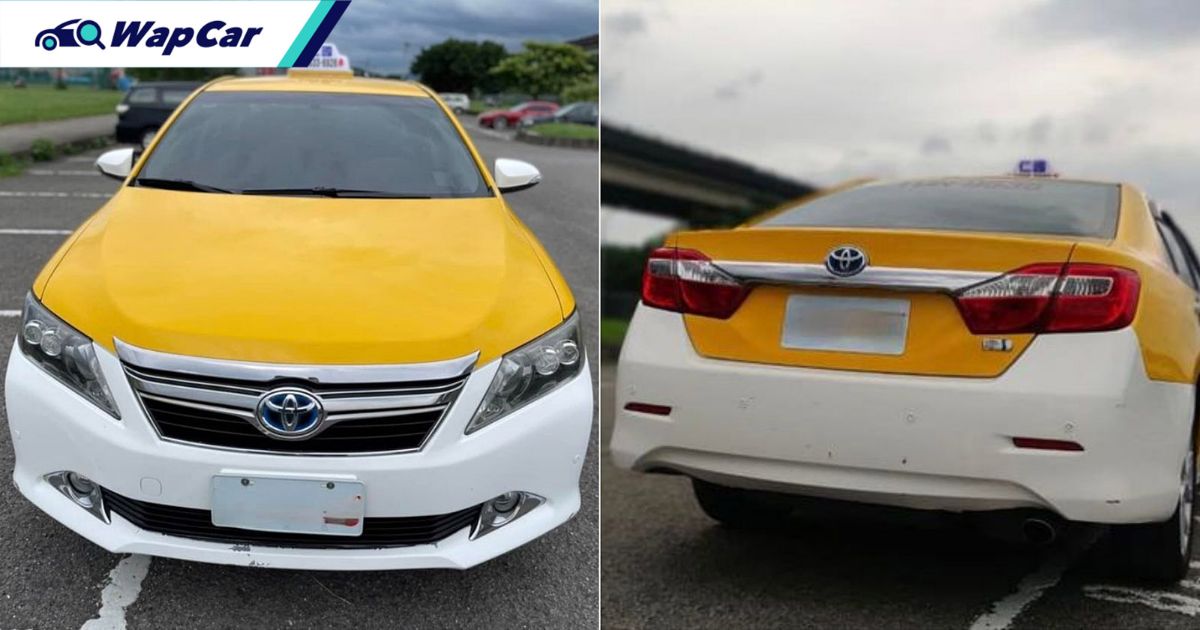 And this is why in Taiwan, especially taxi drivers who cover hundreds of kilometers a day, prefer a fuel-sipping car, as fuel savings are amplified over a greater distance. This is something Malaysians can’t relate to at the moment, as the prices of RON 95 fuel is subsidized here and aren’t reflective of real-world conditions.

Like Cambodia and Singapore, many taxi drivers in Taiwan utilize hybrid Toyotas, as Hotai Motor, Taiwan’s official distributor of Toyota models began offering electrified taxis there since 2010 with the third-generation Toyota Prius. 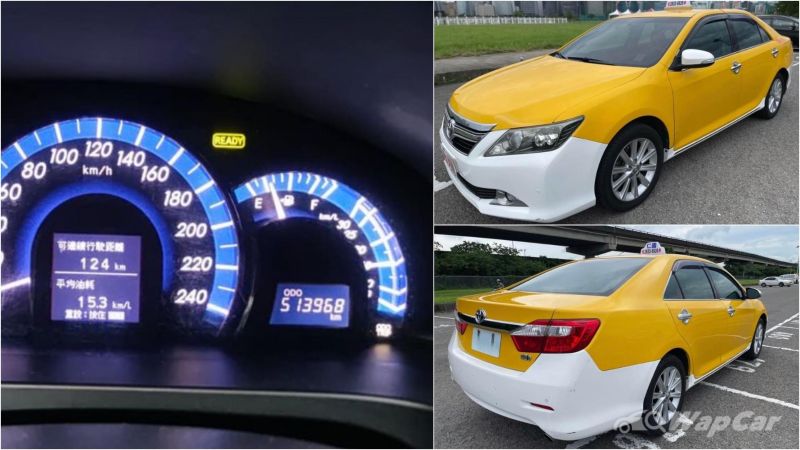 This XV50-generation Toyota Camry Hybrid is one such example. Listed for sale back in June, this particular Camry Hybrid has covered well over 500k km over its 10-year lifespan.

With the total distance of roads (highway + urban roads) in Taiwan totaling to slightly below 50,000 km (Malaysia has almost 300k km of roads), it’s quite impressive to see taxis being able to cover more than half a million kilometers over its lifespan.

Also Read: BEVs are cleaner than hybrids? Not true, at least not for Malaysia 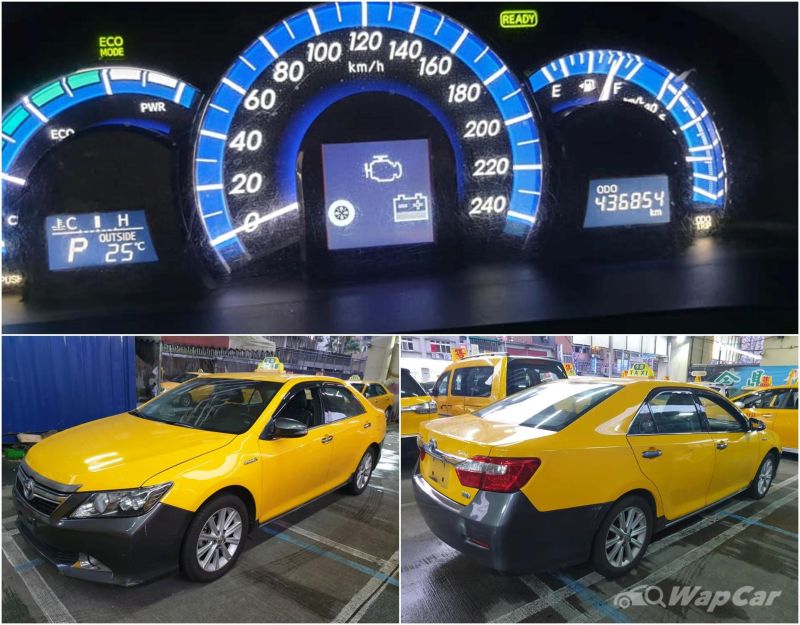 But that’s not the only high-mileage example. There’s also a 2013 Camry Hybrid listed in April 2020 with 436k km on the odometer.

Also Read: From Cambodia to Singapore, hybrids are taking over - where does Malaysia stand? 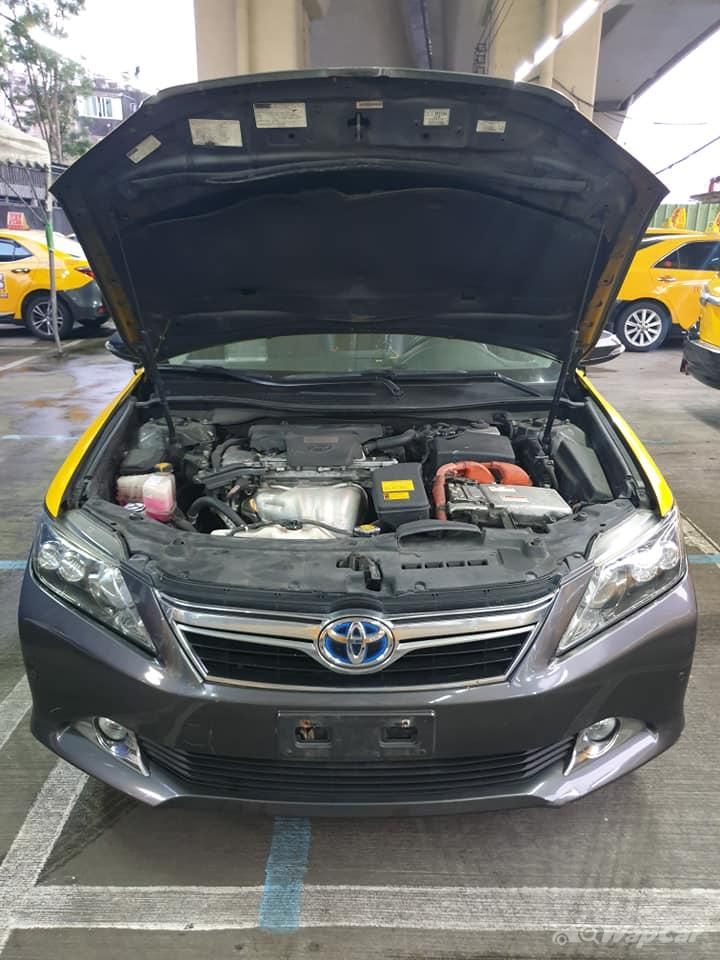 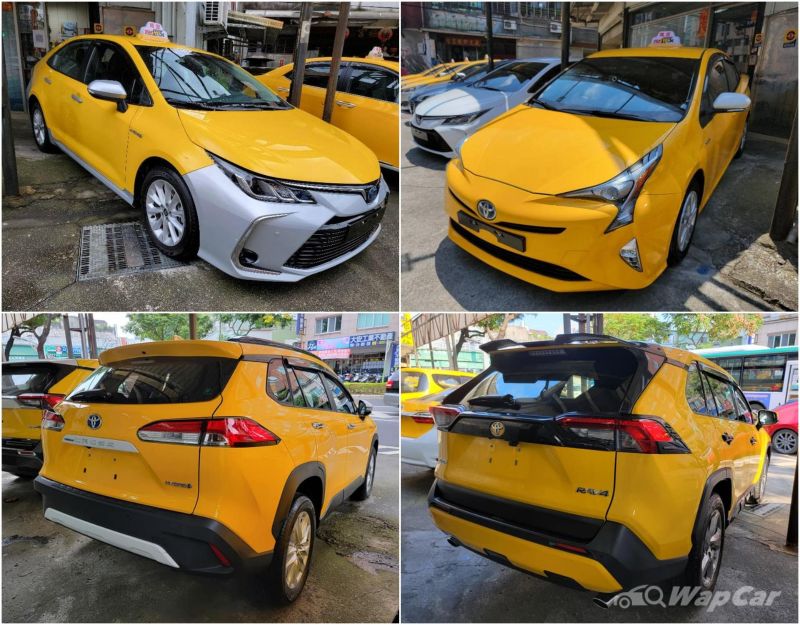