Not just Malaysia, even Singapore’s Toyota Harrier uses a cheaper infotainment, here’s why 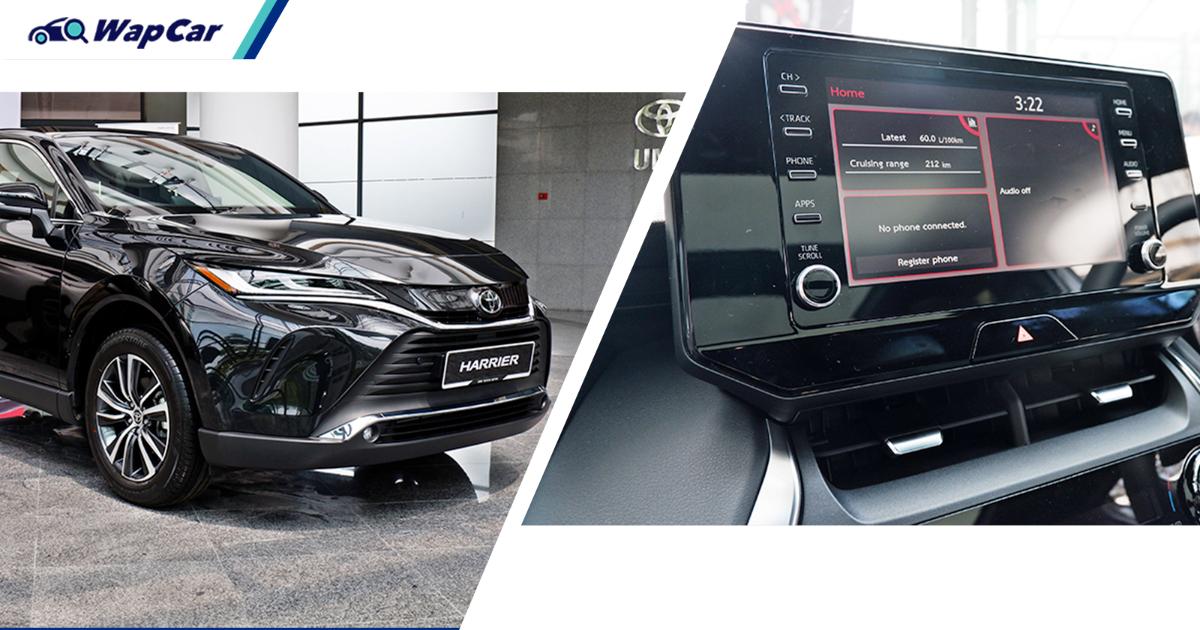 The weakest link with the all-new XU80 generation 2021 Toyota Harrier, which was launched in Malaysia earlier in April 2021, is its infotainment system.

Unlike Japanese market Harrier models which get a larger 12.3-inch touch screen head unit, our local specifications Toyota Harrier has to make do with a cheaper looking 8-inch one, with thick bezels and not-so premium looking knobs and buttons. 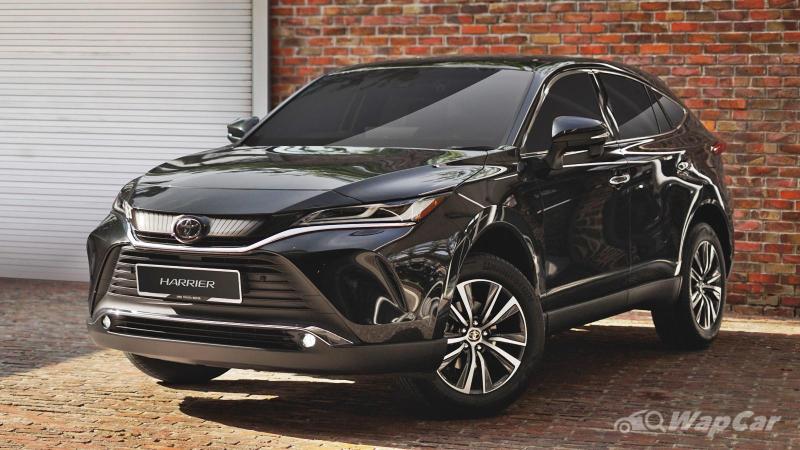 It’s the biggest shortcoming in an otherwise rather premium-looking interior.

On the upside, at least the infotainment supports Apple CarPlay and Android Auto.

This 8-inch head unit and digital display air-conditioning panel (integrated into infotainment for models with 12.3-inch screen) combo is also available in Japan, but on lower range variants.

To be fair, the less than stellar infotainment doesn’t bother the Harrier’s target buyers one bit.

In fact, distributor UMW Toyota Motor had grossly underestimated the Harrier’s appeal and its initial allocation of around 300 units for 2021 were sold out within just one week! Don’t worry, you can still buy one as orders have been placed for additional units. 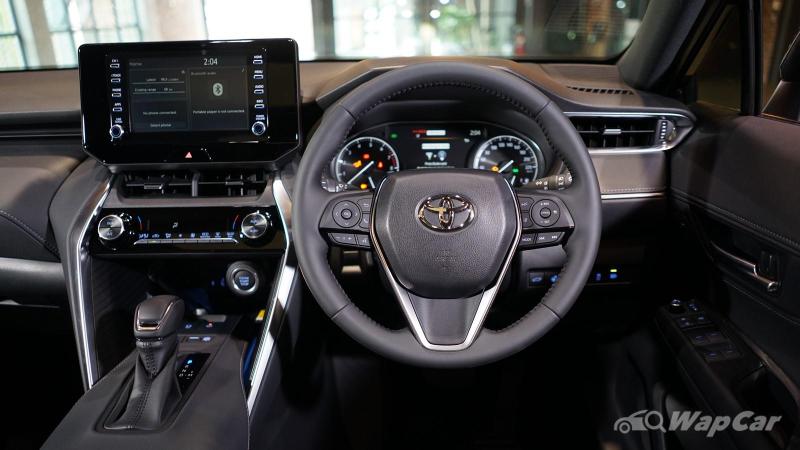 Still, the omission of the more expensive 12.3-inch touch screen head unit is odd considering the Harrier’s upmarket positioning. It turns out that Malaysia is not alone in being shortchanged.

Singapore, the only other market outside of Japan to sell the Harrier (USA calls it Venza), also gets the same downgraded 8-inch touch screen.

Don’t let the photos on Toyota Singapore’s website fool you. The actual car’s head unit is identical to ours, and not as depicted in their communication materials released to the Singaporean media.

There’s a simple reason to this – yes, it’s related to cost, but not in the way you think.

See, not many realize that all radio communication equipment including your keyless entry key fob, in-car radio, even an R/C toy car, needs to get the necessary approval from the relevant local authorities (but this rule is somehow not enforced on recond cars).

In the case of Malaysia, it is the Malaysian Communications and Multimedia Commission (MCMC). In Singapore, it is the Infocomm Media Development Authority. 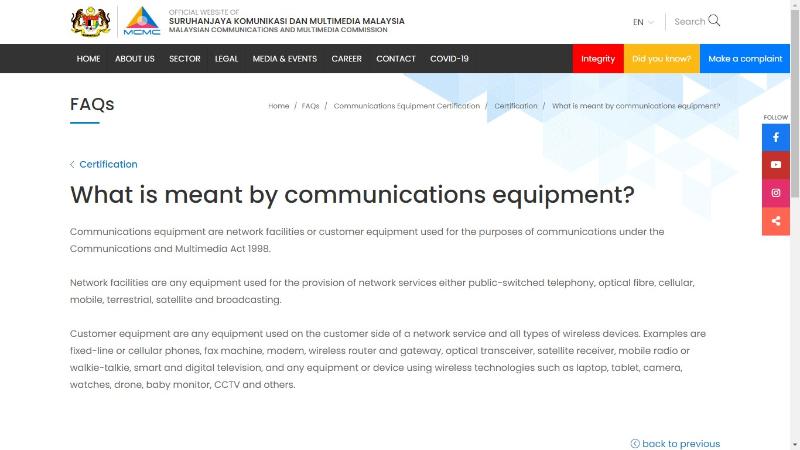 Globally, the Harrier/Venza is developed with only two markets in mind – Japan and USA – and both countries have their own different standards for in-car radio.

Japan uses a very different, and narrower FM frequency range. USA is a very large country and users there require satellite radio and digital audio broadcasting (DAB), so infotainment on cars sold there will have to be equipped as such.

In comparison with fulfilling demand from USA and Japan, Malaysia and Singapore are just a ‘by the way’ arrangement, and the sales volume of our two combined markets are still too small for Toyota to bother going through the very tedious process of developing yet-another infotainment unit for our market, and applying for the necessary certifications and type approval.

As such, Malaysia and Singapore gets a standard ‘general markets’ specs radio, which in this case, is the 8-inch touch screen unit. 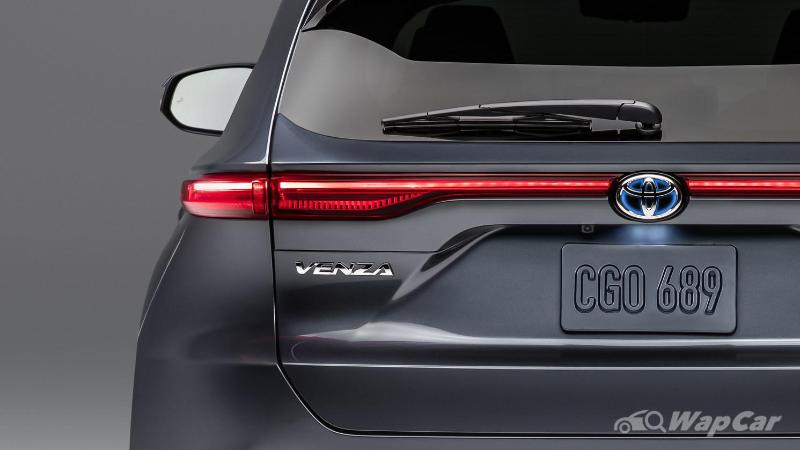 The 8-inch unit looks the same as the ones used in the lower specs USA market Venza’s ‘Audio Plus’ package (12.3-inch is only for the Premium Audio package), but the hardware and software inside the USA version supports Amazon Alexa, Sirius XM and a different USA-specific telematics services. 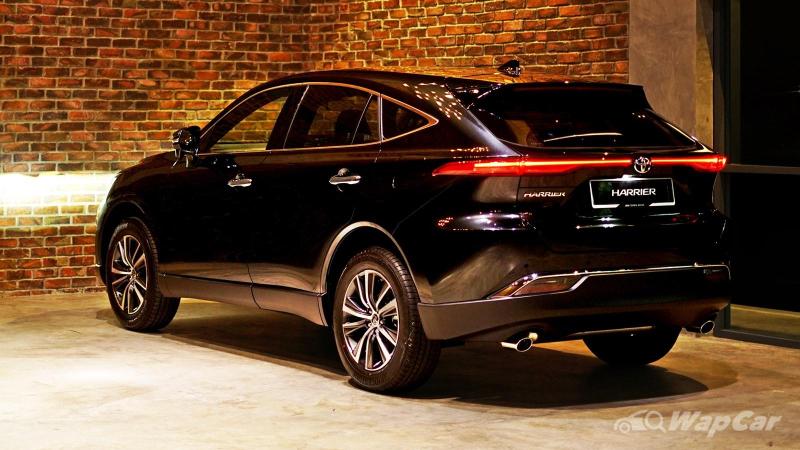 So there you have it, the real reason why we can’t have the Japanese market Harrier’s 12.3-inch touch screen head unit. It’s not because UMW Toyota Motor is skimping on its offering, but that option is not even available for us to choose in the first place, as it’s not compatible with our local standards. 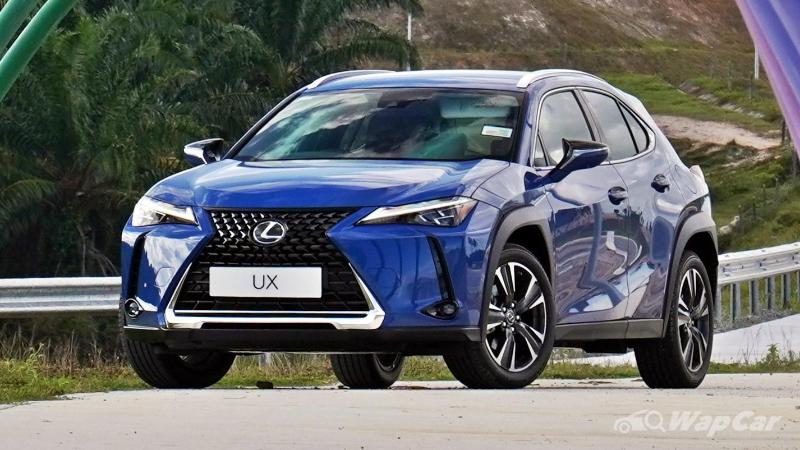 Or you can just get yourself a Lexus UX for more or less the same money.